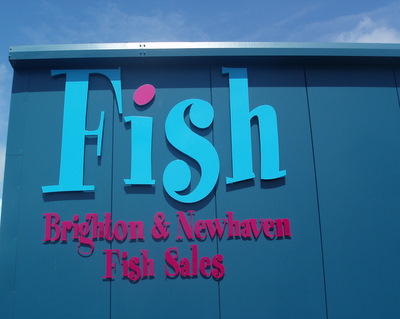 After reading the following tweet “Pan Fried Cod With White Bean, Clam & Spicy Sausage Stew, Razor Clam Gratin” from The Ginger Pig  the ONLY thing in the world that I wanted was razor clams so I went on a mission to find some.

Brighton and Newhaven fish sales is amazing, turn left just after Hove lagoon a few hundred yards down the road, it’s open Monday-Saturday 8-4.  It has a fantastic choice of fish and shellfish, but cleverly manages not to smell the slightest bit fishy, presumably because of the freshness of the stock.

I took a number and waited in line standing protectively near the razor clams, there were about 10 large ones left that had my name on them, but sadly someone else (bitch) thought the same and snapped up 8 of them, leaving behind only two slightly sad looking specimens one of which had a big crack in its shell.I settled for two dozen of the smaller ones, 10 oysters and a tub of brown shrimp for only £13.67!
As it was only the second time I’d cooked razor clams (and totally buggered up the first attempt) I decided to follow a recipe for half of them, I found this lovely one for clam gratin on the BBC food website.  I followed it pretty much to the letter other than the chervil & tarragon in the sauce.  I couldn’t find either in Waitrose, Asda or Taj so I substituted them for lots of parsley.

The other half I also steamed with white wine until they were just open and then covered in parsley and garlic infused butter… (these were Mr P&P’s favourite, but I preferred the gratin). 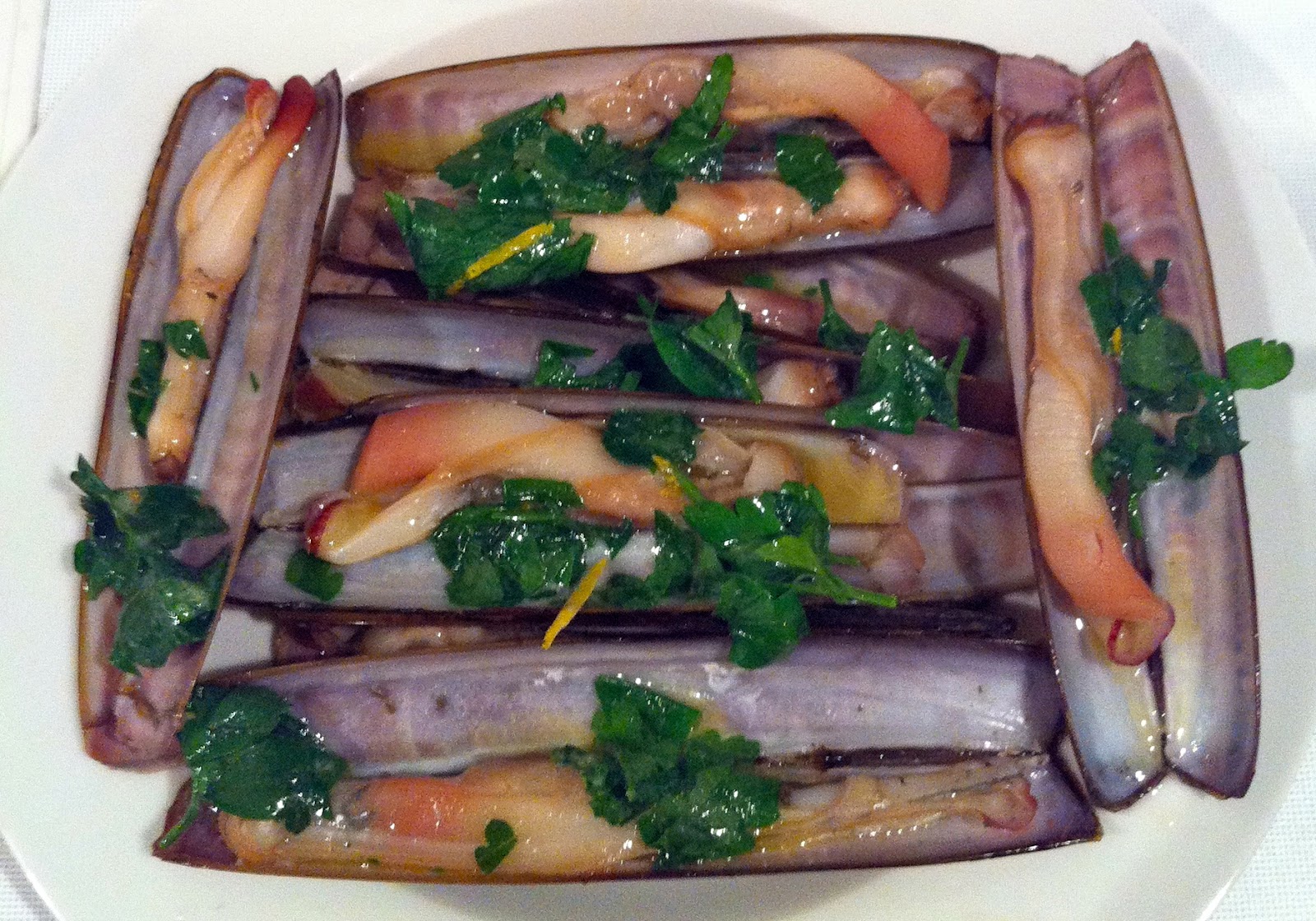 I served the oysters with a Bloody Mary sauce.  I think how people make BMs is down to personal preference.  I made my sauce with 250ml tomato passata, 3 tbsp of vodka, 1/2 tsp of celery salt and LOADS of black pepper, Worcestershire sauce and Tabasco.﻿ 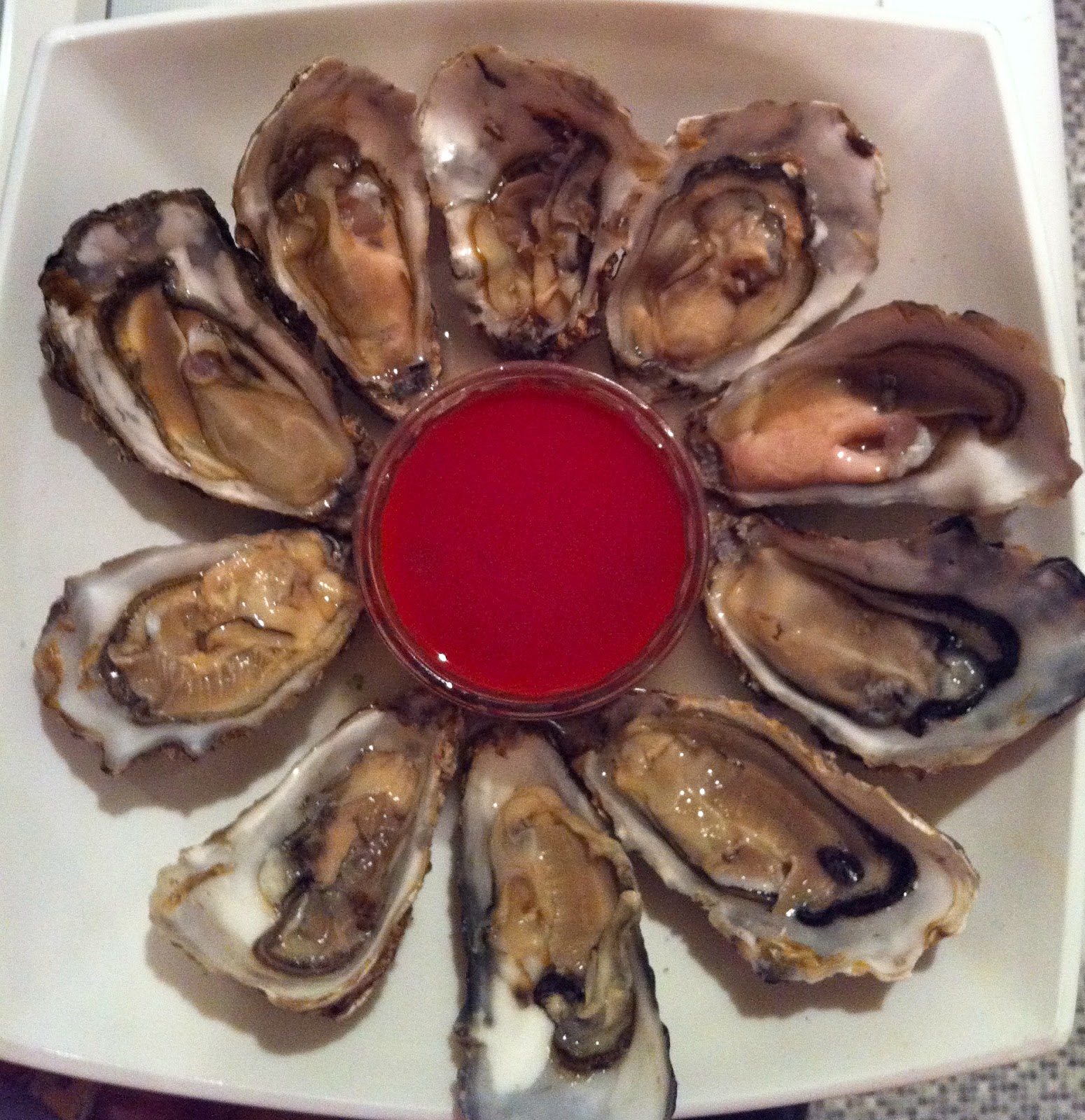 Carrying on the fishy theme I made smoked mackerel & potato dauphinoise & rocket salad for the main course. 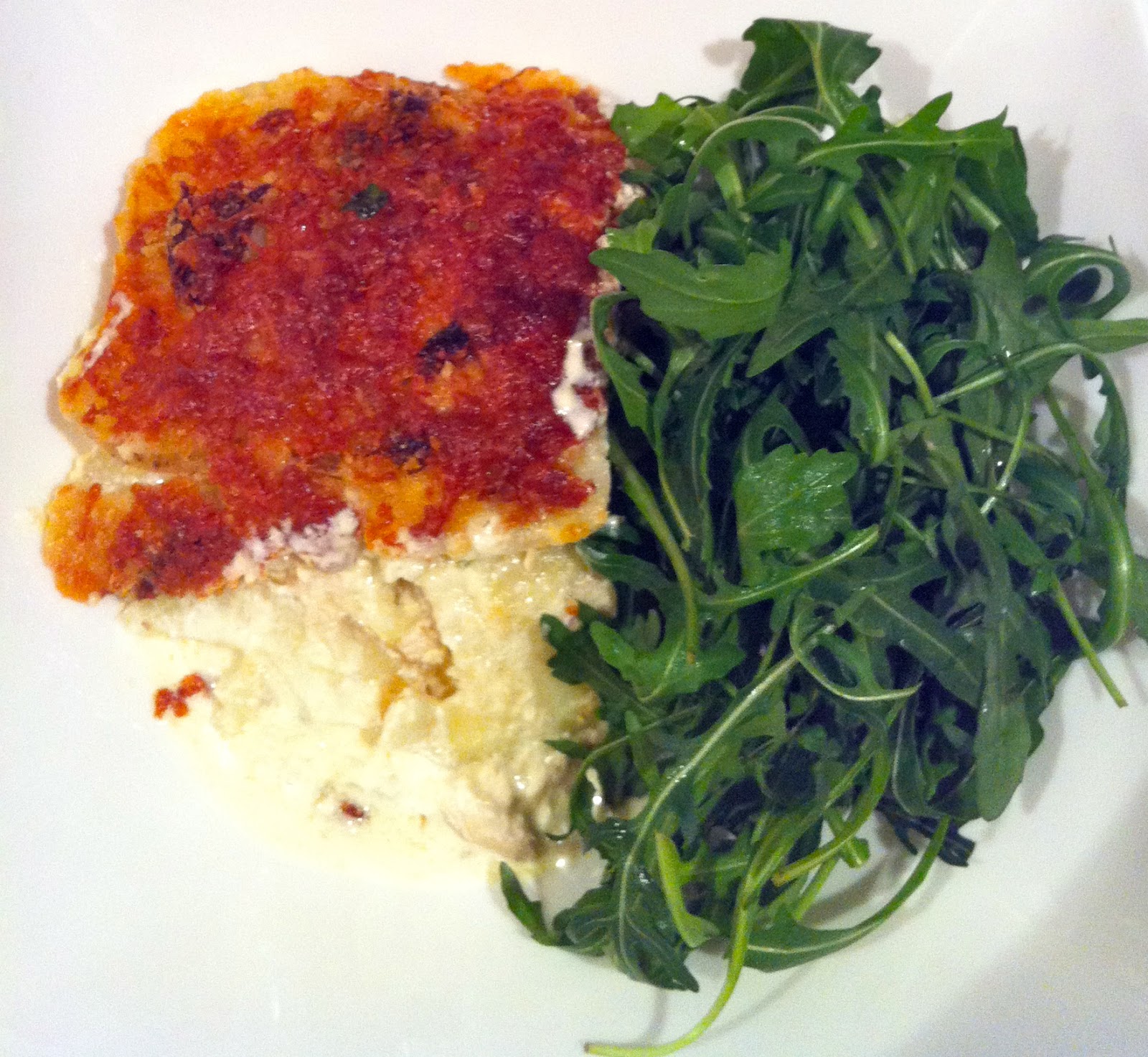 Packet of smoked mackerel (I think mine was 240g) flaked 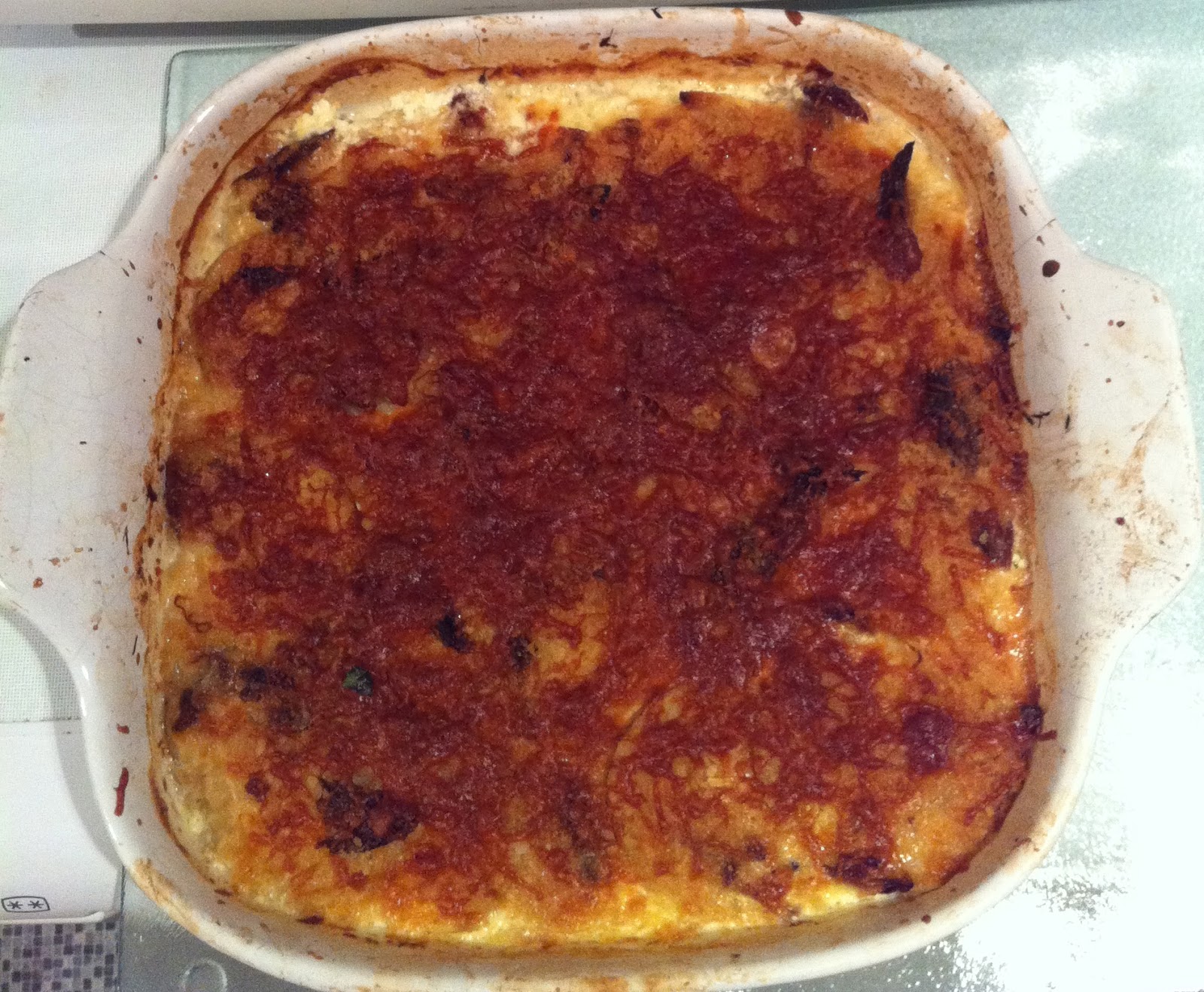 The leftovers will last for a couple of days just make sure you reheat thoroughly.