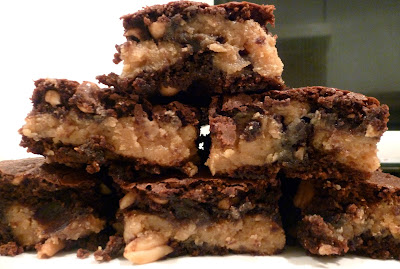 I don’t often find myself baking on a Monday night, mainly because it’s all I can do to summon up the energy to get through the day never mind spend hours slaving away over a hot stove/oven/whatever.

The reason for this unexpected turn of events was the fact it was one of my colleague’s Birthday and he’d dropped some incredibly unsubtle hints about the fact he would like me to provide him with some celebratory baked goods.  Because I quite like him and also because I felt a bit guilty for a comment that I made at his expense on Friday I decided to grant him his Birthday wish.

Usually I would feel slightly ashamed that this recipes includes packet brownie mix, but because it’s Monday and because it’s what the recipe stated I couldn’t actually give a toss.

I found the recipe on stumbleupon and forgot to bookmark it, so this is my very own adapted version.

I used Betty Crocker mix because that was what Waitrose had, and also, I have faith in the quality after working for Pizza Express for seven years- you know that delicious chocolate fudge cake you’ve been happily chowing down on after your American Hot… it comes from a Betty Crocker packet mix too. 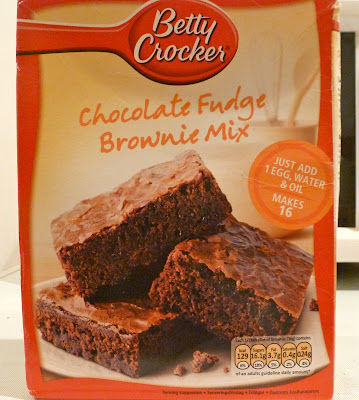 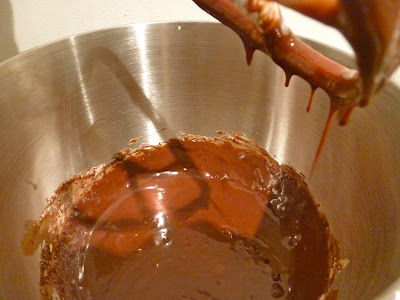 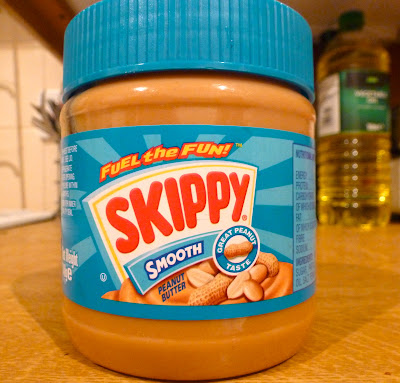 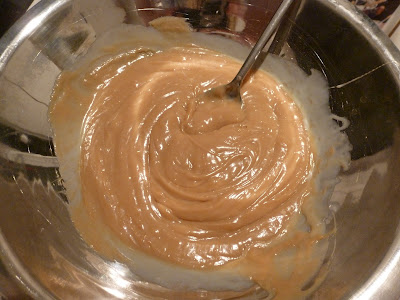 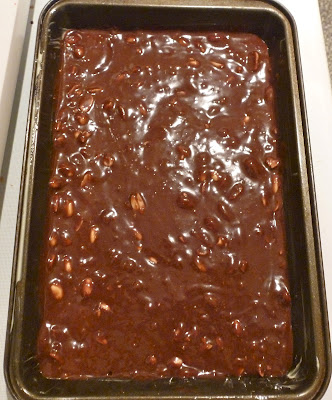 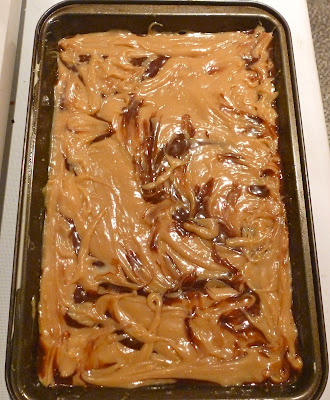 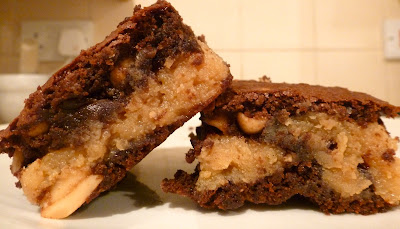