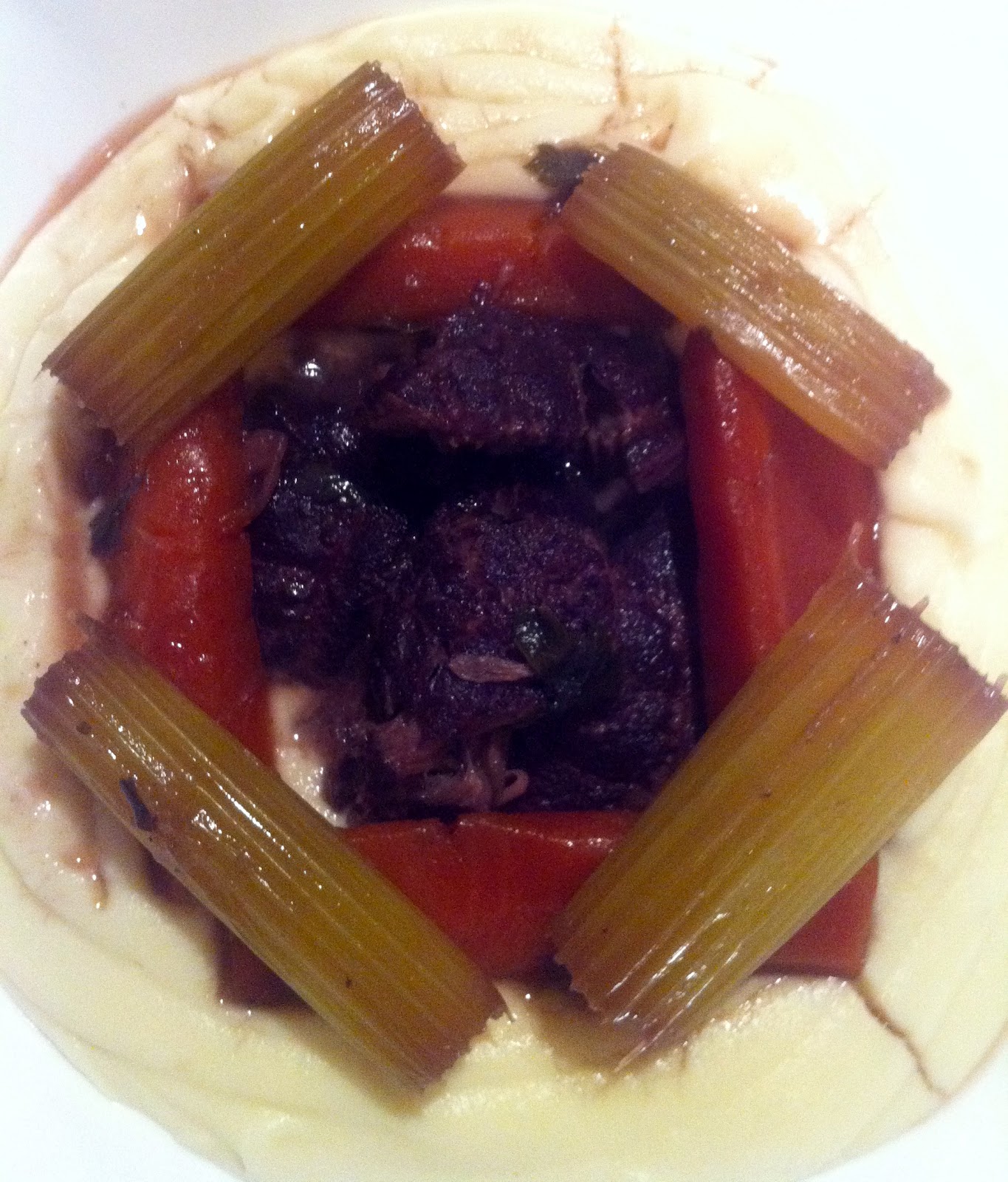 You may remember a few weeks ago my friend Justin did a guest spot on my blog with a rather impressive pig’s cheek dish?  Well ever since then I’ve been gagging to cook some myself as I’d only tried them once, years ago and LOVED them.

I initially tried to get some from my local butchers, Bramptons. Given that they have won numerous awards and are “Sussex Butchers of the year 2011/2012”  I was amazed when the man behind the counter looked at me as if I was a raving lunatic when I asked if they sold them.  Thank FUCK for Waitrose.

Waitrose do a (I think) wonderful thing at their meat counters called “forgotten cuts” which is their attempt to encourage nose to tail eating and for that I think they deserve to be massively applauded.

I arrived at the Brighton branch of Waitrose on Saturday afternoon and spied 5 pigs cheeks left on display, there were about three people in the queue ahead of me and I stood there silently willing them to choose anything but the precious remaining cheeks.  The man in front of me took aaaages and kept on hesitating, I was literally breathless with anticipation and tension (yes I know, I have serious issues) but thankfully, they were MINE, plus another three for good measure 🙂 I even struck up a conversation with a woman at the counter (most unlike me as I’m deeply antisocial and don’t like strangers) who was about to buy Ox cheeks and subsequently changed her mind and bought the remainder of the pig’s cheeks. 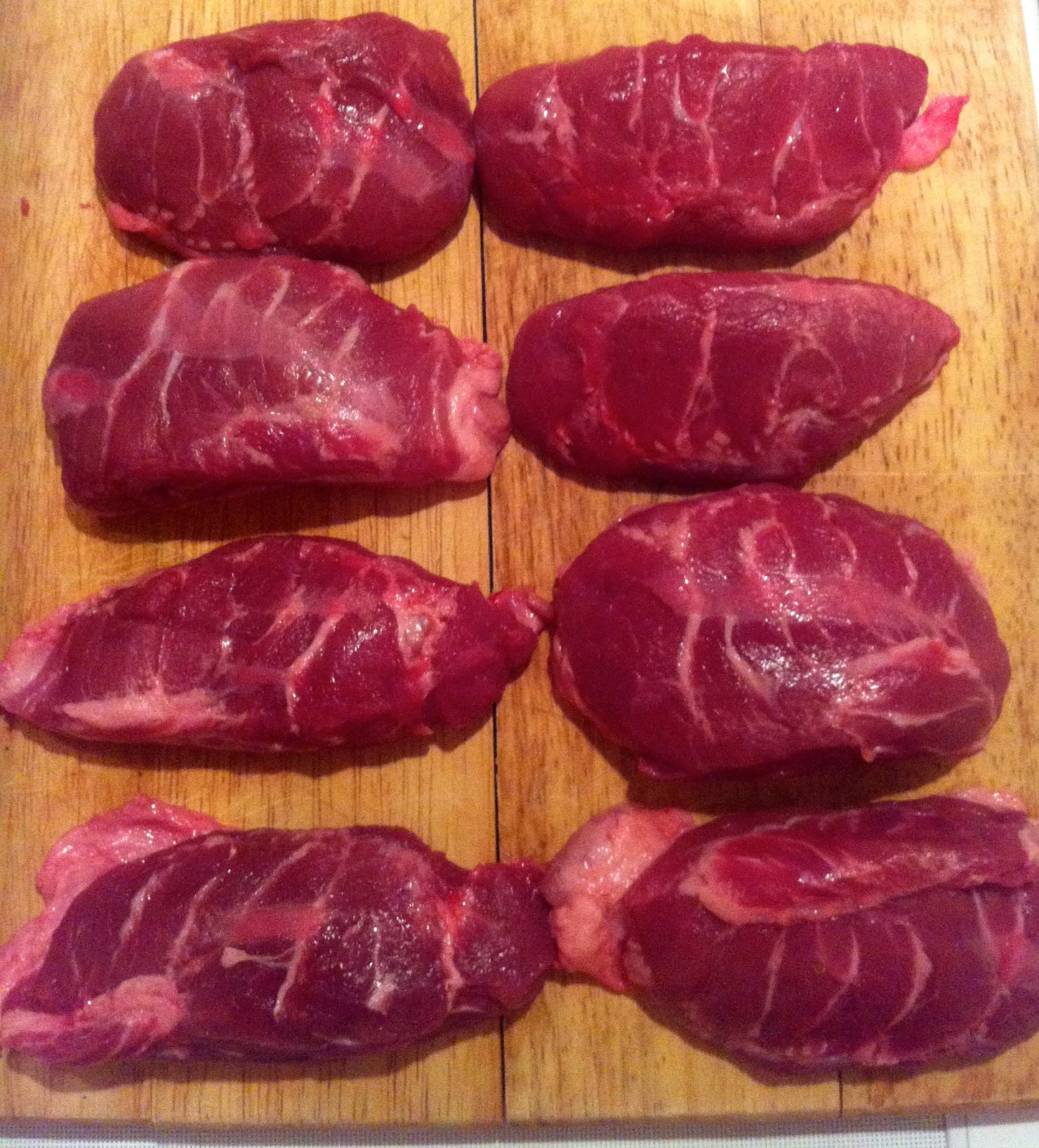 T﻿hese little beauties cost £1.75 for 8 which I thought was ABSURDLY cheap!

A friend of mine recently introduced me to a hilarious blog called Recipe Rifle which is written by Restaurant critic, Giles Coren’s wife Esther.  She had a really simple recipe on her blog which I adapted slightly.

*I used a large saucepan. I NEED a Le Creuset casserole dish in my life SO badly but can’t justify the extortionate cost at the moment.  One day though… 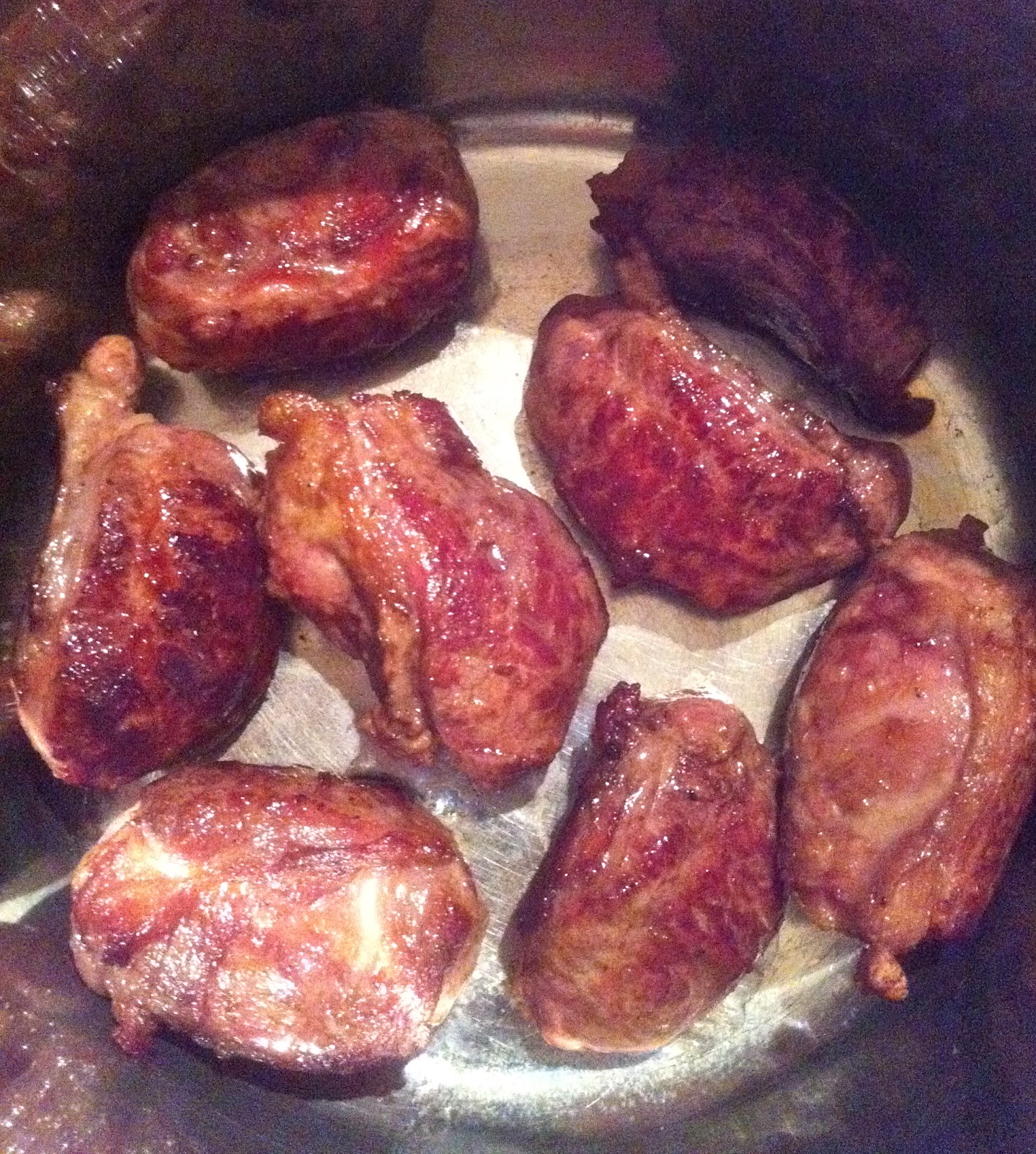 I had it with Cauliflower & potato puree (Seriously, can someone PLEASE tell me how to do accents on a keyboard) I made it with the head of a large cauliflower & two large white potatoes boiled up, added a glug of double cream (probably too much as it was a bit runny) salt & white pepper and then pureed with a hand blender. I served Mr P&P’s swimming in the stew sauce which didn’t make for a very pretty picture, so the one at the top is prettily(ish) arranged, pre it being drowned in the sauce.

They were gorgeous, literally fell apart when you touched them with a knife and fork, rather like incredibly tender gammon with an almost beef like flavour.

I’ll definitely cook with them again but am going to recreate the crispy version I had the first time around as they were they rocked my world!  I would say get your arses down to Waitrose this instant and bag yourself some “forgotten cuts” but then there might not be any left for me…