I absolutely promise this will be my last Valentines day related post.  I’m sure some (or a lot) of you are thinking, oh bore off you smug bitch, we get it, you’re loved up and have been totally sucked in by this gratuitously commercialised celebration.. blah blah, whatever, I LOVE IT.

If it makes you feel any better, I’ve had many many Valentines Days alone and miserable.  Valentines Day 2010 was spent in a darkened room sobbing over some absolute PRICK who’d dumped me.  I was so upset I couldn’t even bring myself to eat, sadly that only lasted a day and then then the comfort eating resumed in earnest.

I have wanted to make a Red Velvet cake ever since I watched the film Steel Magnolias and “Weezer” made a red velvet cake in the shape of an amadillo.. FUCKING AMAZING! 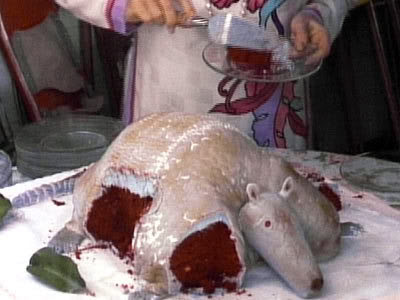 I actually did attempt some red velvet cupcakes a few years ago, but they were an unmitigated disaster, in terms of colour anyway, they just looked like chocolate cupcakes, so I pretended that was what they were meant to be and they were gratefully received by my colleagues.

After a bit of research on the internet and seeking advice from the purveyors of the best cupcakes in Brighton- The Angel Food Bakery I discovered that my error had been using natural food colouring rather than artificial colouring. The recipe I’ve used actually recommended Dr Oetker natural red food colouring… IGNORE this instruction, it’s crap, and all the reviews below the recipe absolutely slate it too. Try to lay your mitts on some of this stuff.  It’s the real deal.  Just add gradually as it’s incredibly potent. I bought mine at Purple Heart in Brighton and they have an online store too. 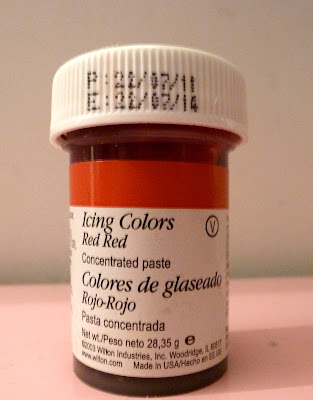 The recipe I used is from the All Recipes website, because I’m feeling lazy and because I used the recipe verbatim, I’m just going to post a link and a few accompanying photos. 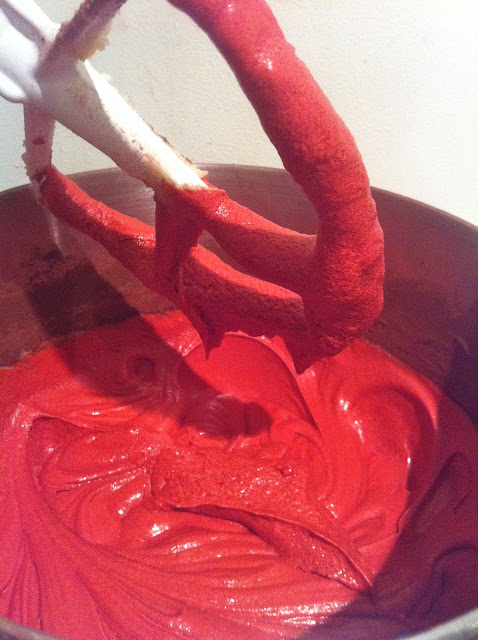 I’m quite tempted to post this photo in the comments below the recipe just to piss off all the people whinging about how rubbish the recipe is… but actually when you see the photo (below) of my attempt at decorating it, I think you’ll agree that I have no right to lord it over anyone.  My cake decorating skills are at best, mediocre and at worst, truly shit.  Unfortunately this cake falls into the latter category… this is not me being self-deprecating, it really does suck.  So much so that I had a borderline tantrum, Mr P&P tried to placate me by telling me it looked lovely, but I knew he was lying.  So here it is… 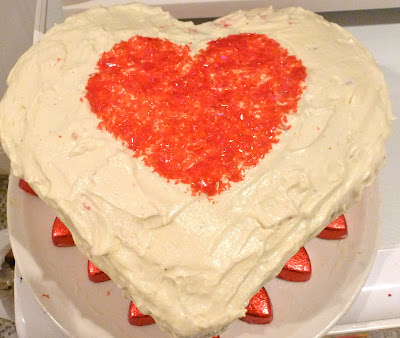 I would like to say that it looked marginally better when sliced, but sadly, that isn’t the case… In its (and my) defence though, it is friggin’ delicious. 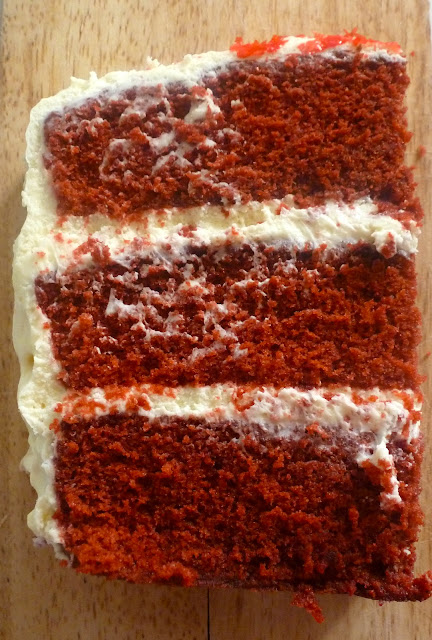 To end this on a positive note here is a picture of the 20 beautiful roses Mr P&P sent to me, along with a heart shaped helium balloon… there is a photo of him holding said balloon (with his face obscured) but for some inexplicable reason he banned me from posting it, and because I quite like him, I decided to respect his wishes on this occasion. 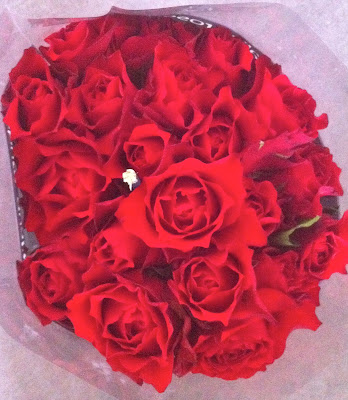