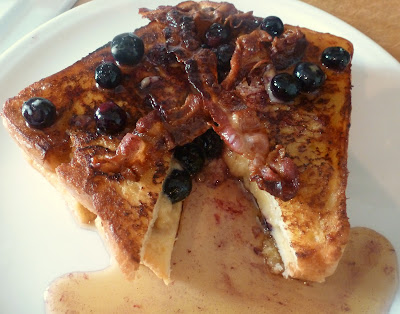 If you are on a diet then it’s probably best you click off this post now as this is an extremley fattening dish and despite containing two of your five a day would almost definitely be vetoed by every nutritionist/dietician in the land.  It’s unbelievably tasty though!

The amounts listed below are for one portion.
Ingredients:
1 ripe banana
2 eggs (I used duck eggs)
2 slices of white bread, buttered on both sides
Large handful of blueberries
As many rashers of streaky bacon as you want
25g butter (and more to spread on the bread)
Maple syrup to serve 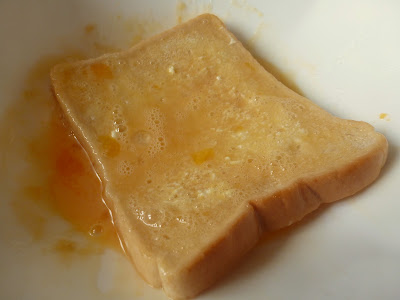 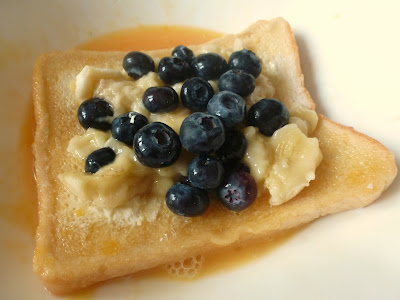 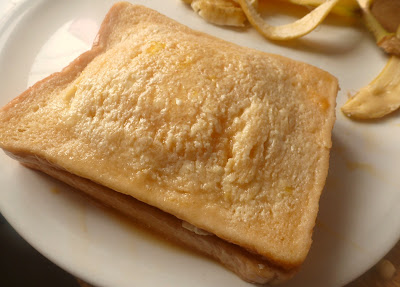 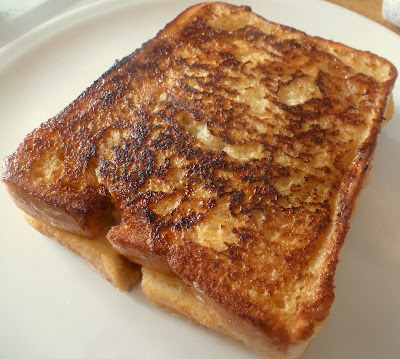 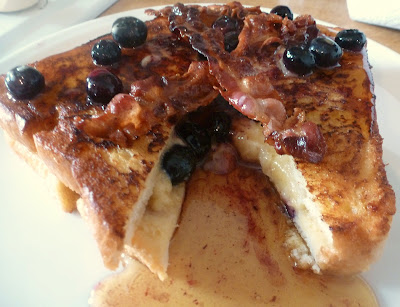