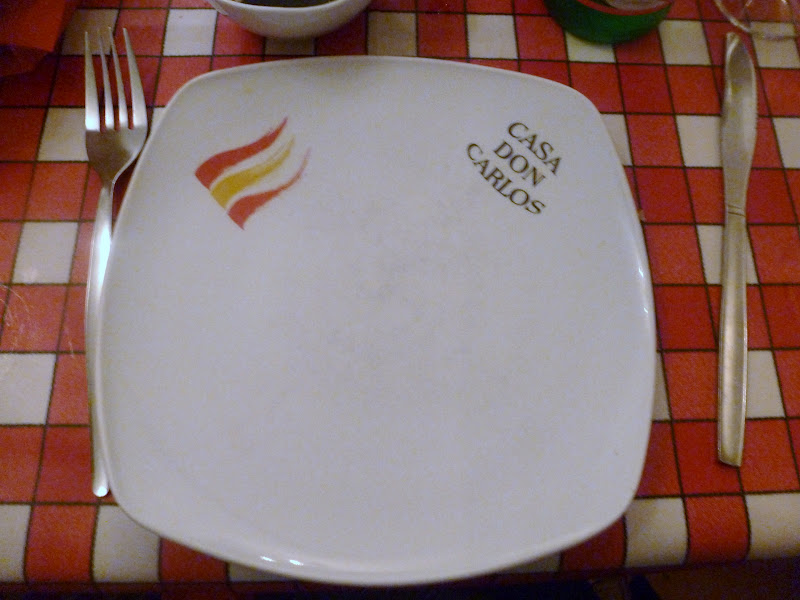 If a restaurant is anything less than brilliant I usually have no qualms whatsoever in pointing out every minute flaw that it has, right down to the brand of condiments it offers. However, with Casa don Carlos I’m feeling a bit uneasy about giving it anything other than a glowing recommendation…

Unusually Mr P&P had a Friday night off work and rather than going out on the lash with his mates offered to take me out for supper (I think he was still feeling guilty about his hungover no-show at Mum’s) and as we both fancied tapas, had been there before on many occasions and never had a bad meal, this was where we ended up.

Despite the numerous people waiting to be seated (this place is ALWAYS rammed) the waiter recognised me instantly and bypassing the rest of the queue indicated that he’d have a table ready for us in five minutes. This little anecdote may not be of interest to most people reading, but I’m writing about it it to alleviate my guilty conscience for the fact I’m about to be less than complimentary about some of the food… 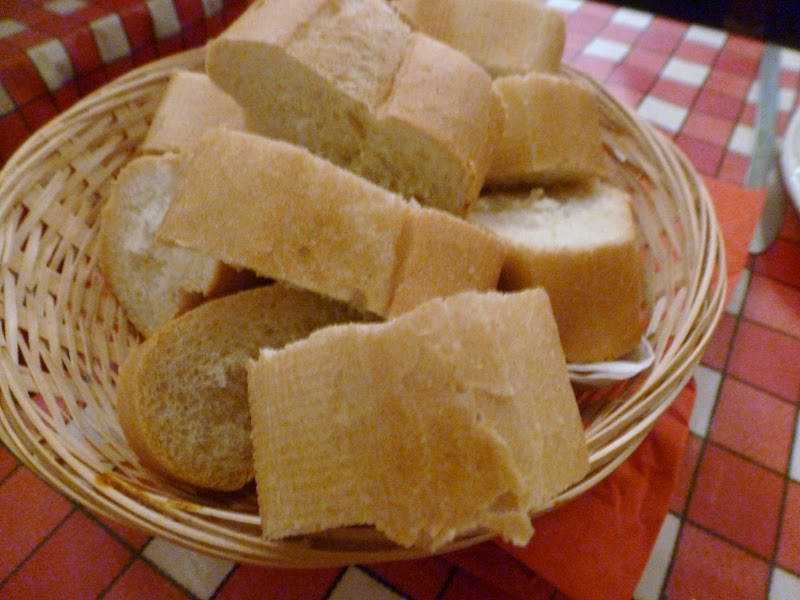 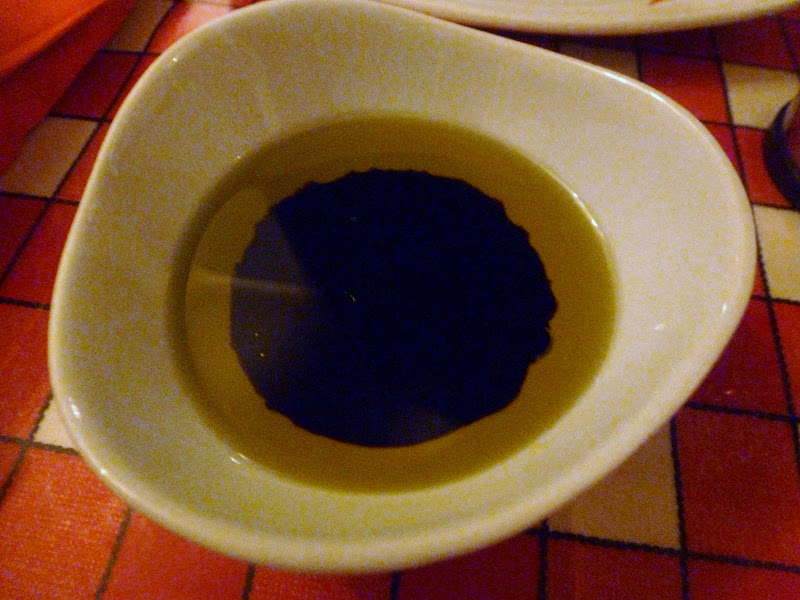 We started with bread, oil and vinegar. Not much to remark upon other than the fact I always find it a bit odd they serve baguette in a restaurant that prides itself on being “authentic”.  But then I suppose there isn’t a Spanish equivalent? 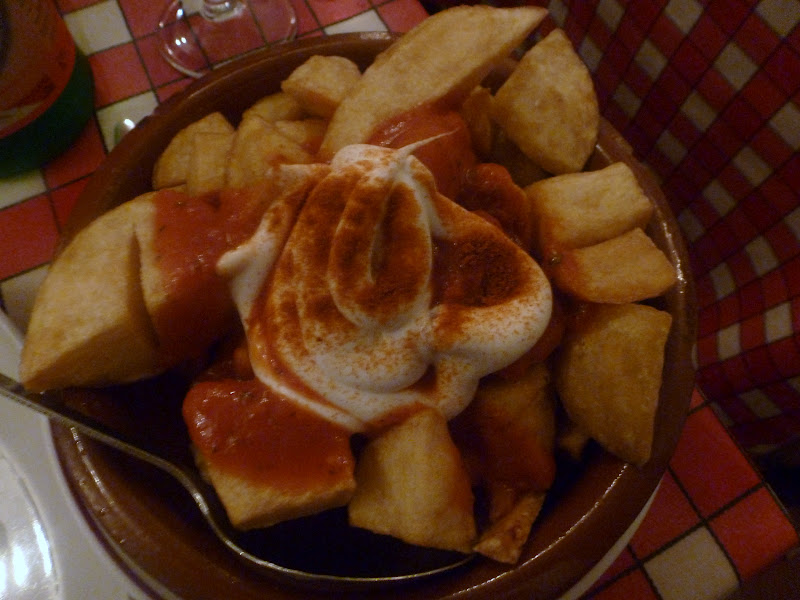 Patatas Bravas- an absolute must for me when having tapas.  Again, they were nice, but the ones that weren’t smothered in sauce did taste quite strongly of the oil that they’d been deep fried in. 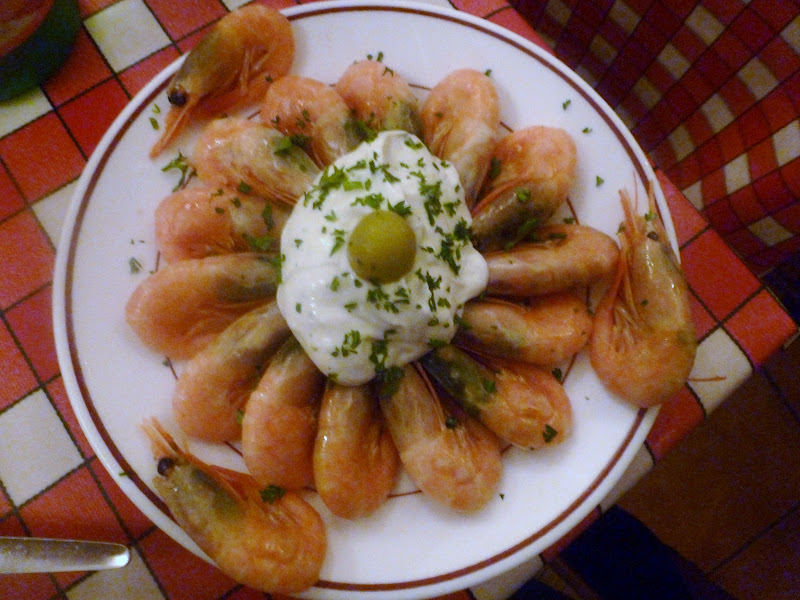 Prawns with aioli- Bog-standard de-frosted prawns, they were OK, but nothing special.  I prefer the prawns pil pil, I can’t remember why we didn’t choose them this time actually, but I wish we had. 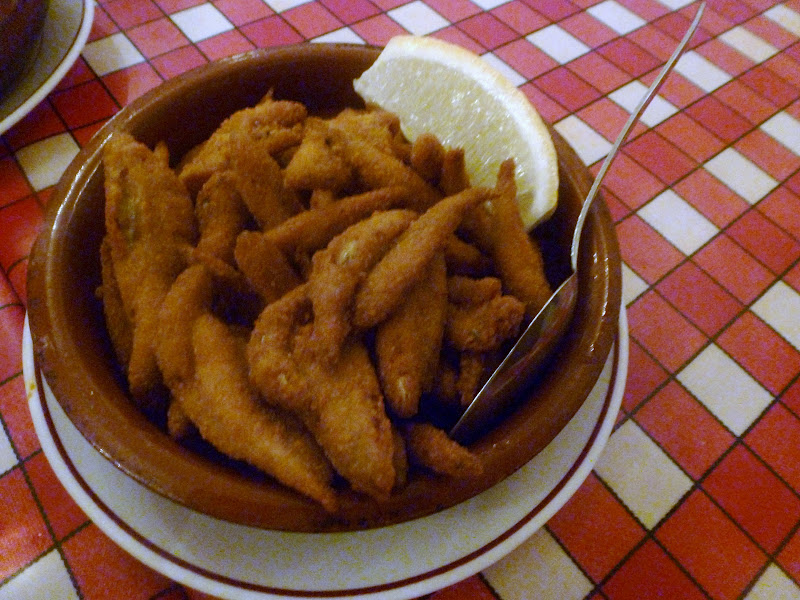 Whitebait- these were nice, pretty standard, but tasty and a generous sized portion.  They also came with aioli. 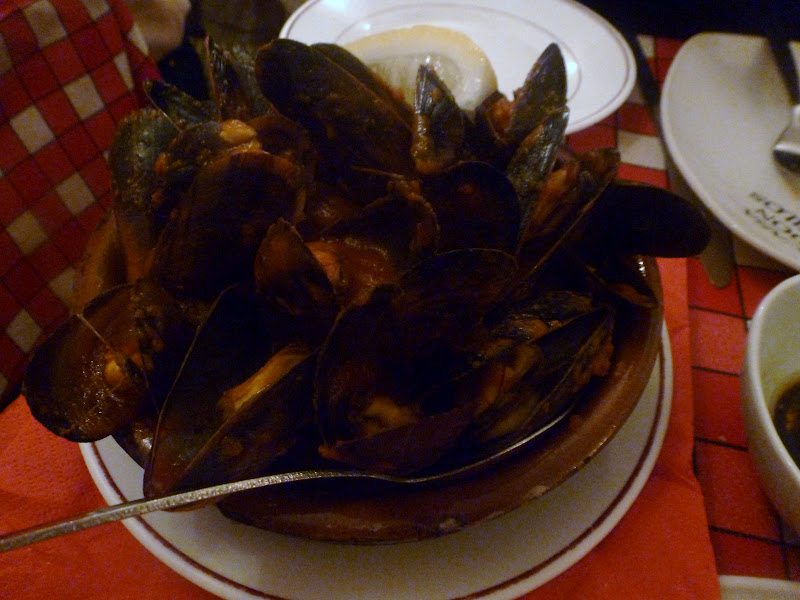 Mussels with chilli and tomato sauce- Now these were really delicious, large portion and lots of sauce which was just the right side of really spicy. 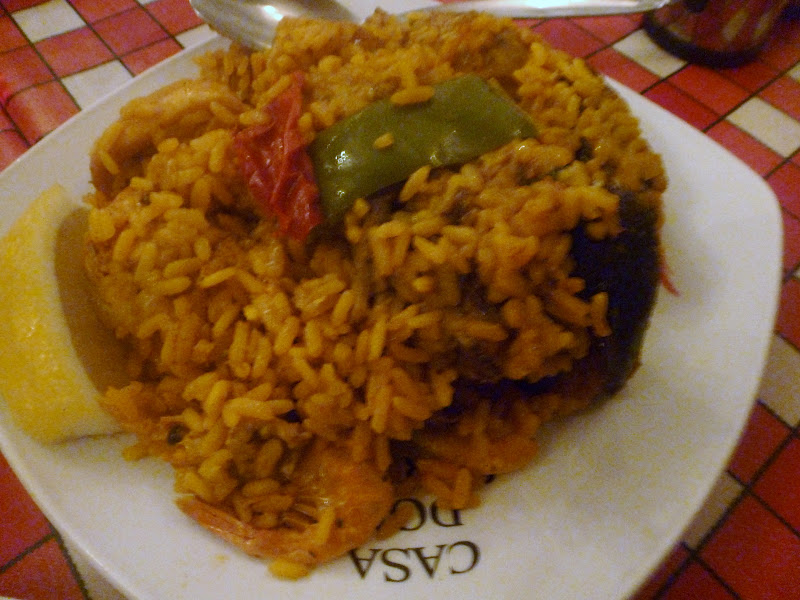 Paella- this was the first time I’d had paella at Casa don Carlos and I was hoping for something really special… I was bitterly disappointed.  It had clearly been sitting in a pot for a looooong time and then nuked in a microwave as it was searingly hot.  Bland, claggy and woefully overcooked, there was ONE squid ring that after a tentative nibble I couldn’t bring myself to eat, two prawns and one mussel.  The chicken was by far and away the worst part though.  Dark brown in colour and clearly not bred in a free range environment, it tasted revolting and was full of bone and gristle.  I nearly choked on the bit of bone pictured below. 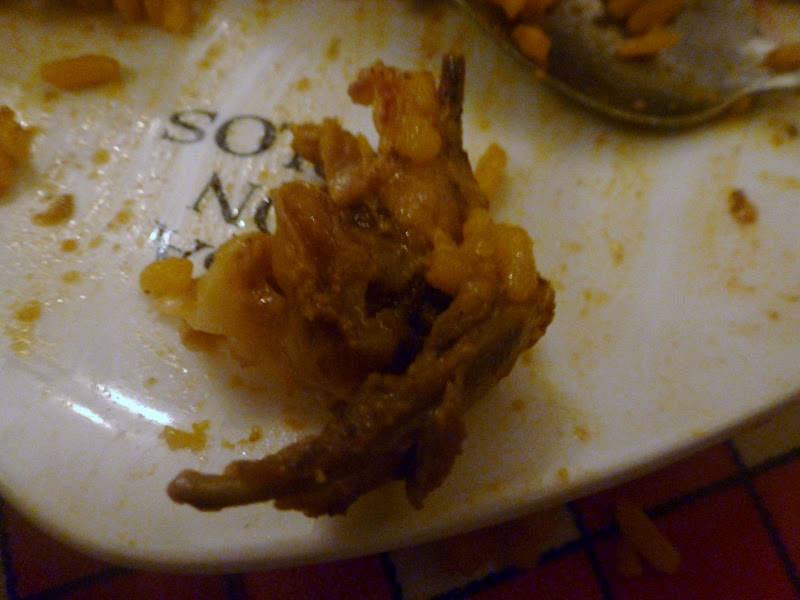 I usually have no shame in whipping out my camera in restaurants (much to Mr P&P’s embarrassment) but about halfway through the meal someone had obviously alerted the lovely waiter to the fact I was being so snap-happy at which point he became incredibly over-attentive so I had to resort to taking furtive photos of the rest of the food with my iPhone. 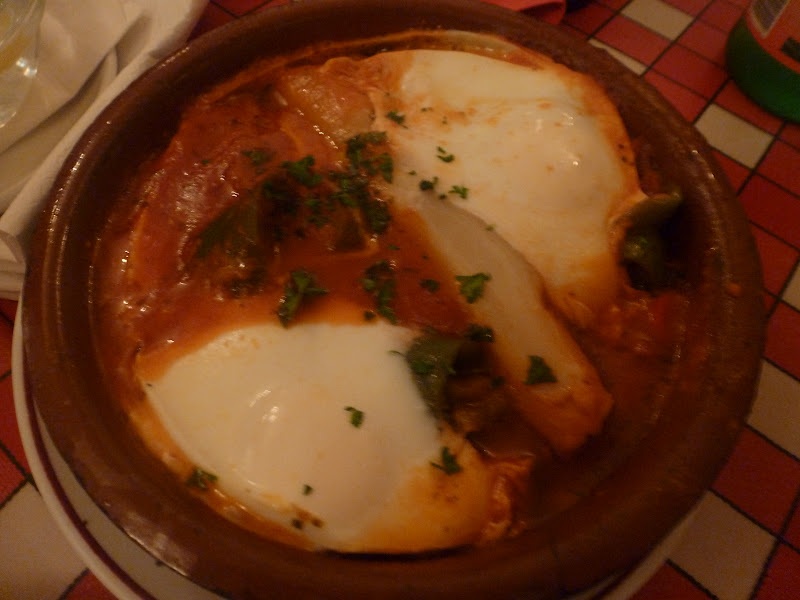 Huevos a la flamenca- I believe this is what this dish was called, but as the staff in there were clearly suspicious of me I couldn’t bring myself to check!  Baked eggs in a tomato, chorizo and pepper sauce with a spear of white asparagus.  It was really lovely, other than the asparagus which I have a sneaking suspicion was tinned (bleurgh).

We declined the offer of dessert, although if you do decide to visit I can highly recommend the Creme de Catalina or the cheesecake with red wine sauce.  Other savoury dishes I would recommend that we didn’t have this time but have had in the past are: Sardines, lentil & chorizo stew, spicy flambéed sausages, prawns pil pil and the meatballs.

The bill came to £34.60 including service (we didn’t drink) which I thought was pretty reasonable and I gave the lovely waiter an extra fiver tip.

If you leave the unforgivably hideous paella aside we had a lovely evening, and a slightly better than average meal.  One of the highlights for me was being seated next to a couple who began the meal nauseatingly loved up but ended up by having a huge and incredibly bitter row after she had a long telephone conversation with her friend (in front of her beau) about how much she fancies Mark Wright from TOWIE!  Mr P&P and I were highly and visibly amused- what can I say, we’re not very nice people…

I’ve had Ole Ole and Solera D Tapa recommended too, has anyone else tried them? If so which dishes are good?