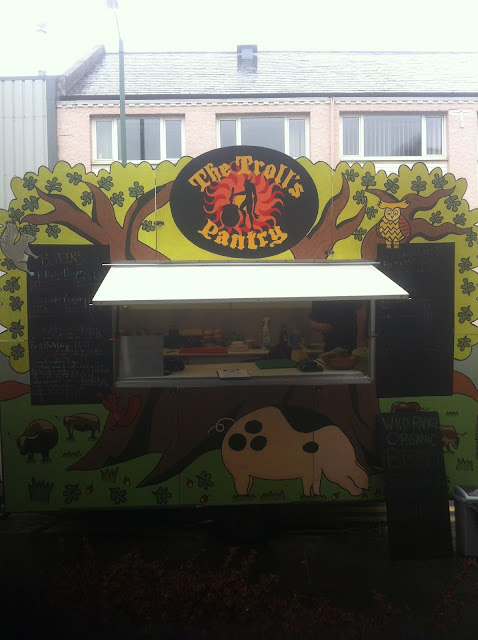 The first I heard about this place was from one of Mr P&P’s sisters when she tweeted me about it on their opening day.  I “followed them” on Twitter immediately and was all set to go down there and fill my face with their local lovelies (that sounds really wrong) but by the time I’d got my act together they tweeted that they were shutting early. The good news was that they were reopening on bank holiday monday with a BOGOF on all burgers and wraps.

So extremely hungover (Mr P&P) and motivated to go out into the pouring rain by an insatiable greed for all things meaty (again, that sounds incredibly wrong) we headed over to “deep” Hove.

When I say “deep Hove” I mean it, tucked away down at the end of a street I had never even heard of is the trailer pictured above.  Naturally the colourful fascia isn’t facing out into the road so I actually drove past it twice before spotting it.  I actually looked at the little map I’ve put below but perhaps you will be slightly less inept at map-reading than I am.

I spoke to the owner about the reasoning behind this location and he said that in terms of the choices he had it was “the best of a not very good bunch” but his hands were tied due to the restrictions in place regarding selling food from a trailer.

He told us loads about the lengths he went to to source the best ingredients he could and talked so passionately about the quality of his bacon I think even a vegetarian might have found it quite touching. 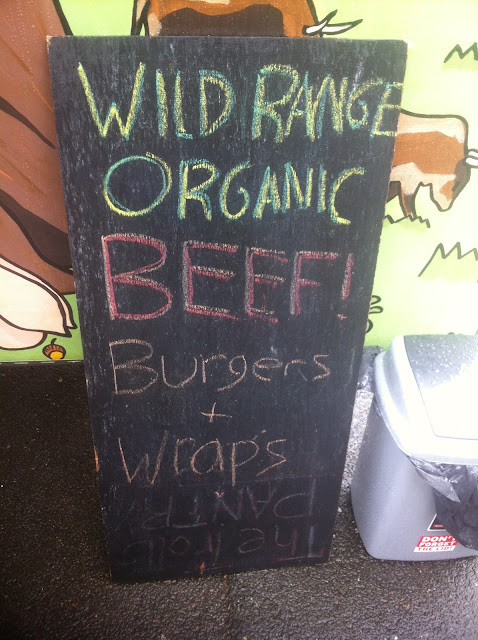 Even the fascia for the trailer was painted by a local artist. 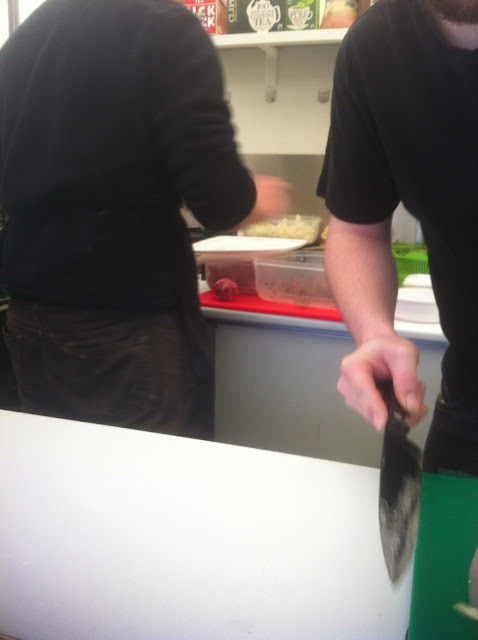 The burgers are full of fresh herbs and shaped to order which is nice and you can see this in the above, rather rubbish picture. 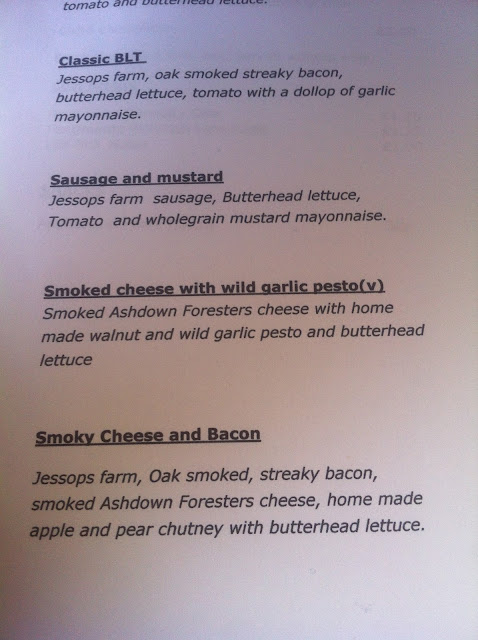 We decided to go for a BOGOF burger and Mr P&P couldn’t resist the smoky cheese and bacon sandwich as well… to anyone that knows me and has accused me in the past of being a “feeder”- he ordered this of his own volition. 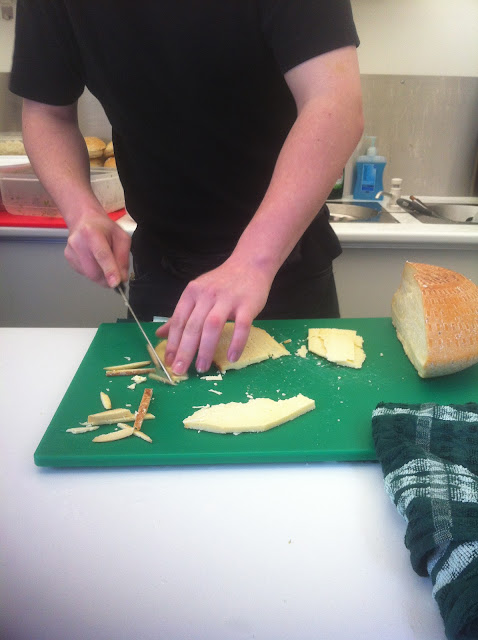 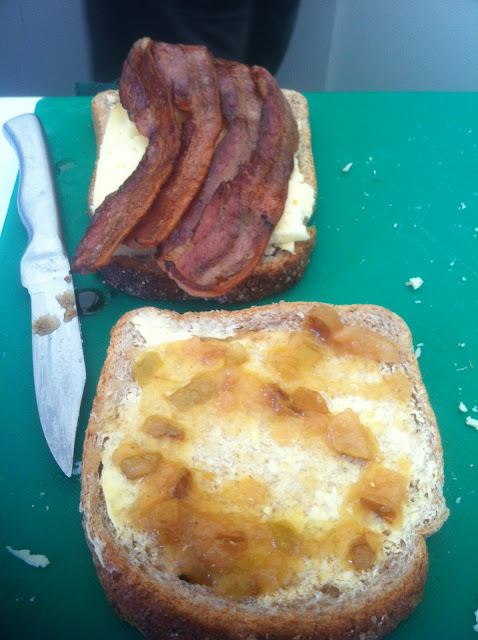 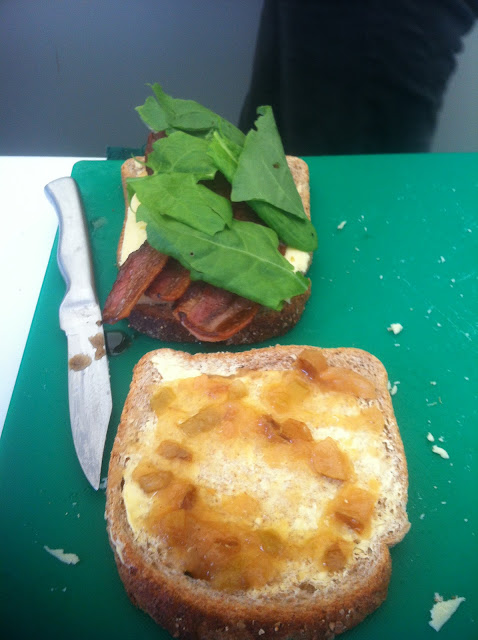 It was even better than it looks… 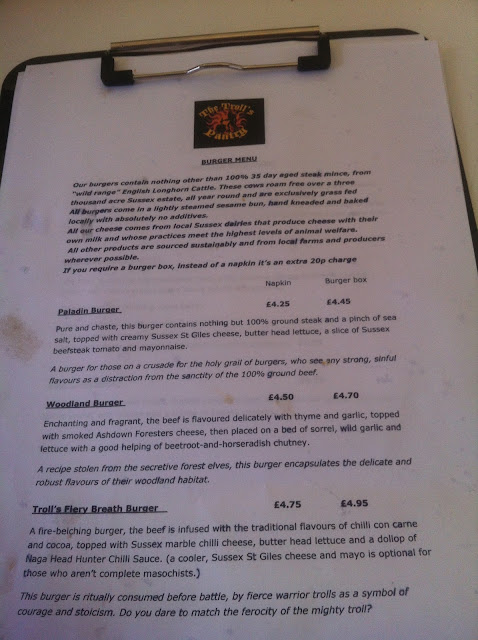 Unusually for me I didn’t choose the spiciest option, I’m in the process of trying to retrain my brain to like beetroot.  I’ve always detested it and it really annoys me so I’m making every attempt to introduce it into my diet where possible, so the Woodland burger was ideal.  Mr P&P (who also loathes beetroot) went for the paladin burger.

I can honestly say it is one of the nicest burgers I’ve ever eaten in the Brighton area. Juicy and meaty, the tangy relish complemented it perfectly.  There was just enough bun to hold it altogether but not dominate it and there was just the right amount of lettuce.  The paladin was delicious too but mine slightly had the edge, yes, even with my feelings about beetroot taken into consideration.

So Brighton and Hove people I INSIST you go and support this outstanding new street food vendor. It really is fantastic and given its out of the way location, is going to heavily rely on word of mouth to generate business, so give it a try and if you like it (and you will like it) spread the word.

They don’t have a website as yet but they do have a blog with a copy of their menu here.