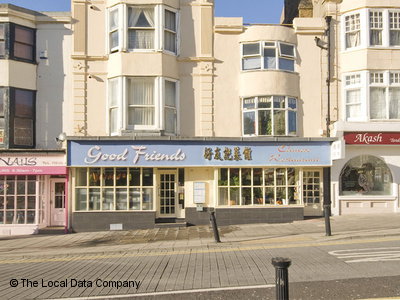 I’m going to start this post (as I often do) with a bit of a whinge so you if you’re reading purely for the review then I suggest you skip this paragraph. I’m Ill 🙁 ILL ILL ILL, Mr P&P is disgustingly hungover and currently screaming abuse at the TV as Man UTD thrash Newcastle, whilst I wallow in honey & lemon, medication and self-pity.  I had my heart set on going for a roast today but due to my being out of action and Mr P&P’s ridiculously excessive evening on the sauce, I’ve just resentfully eaten a plate of  cheesy beans on toast washed down with lucozade.  Even the cats have fucked off into the other room to avoid the negativity that is emanating from every part of my being (and the LOUD football chanting).

Sooo, the review. I’d been dying to try this restaurant for a while after having it highly recommended to me by a few people (including one who used to live in Shanghai). They’d also told me that in addition to a standard menu they also offer a traditional Chinese menu too with all sorts of weird and wonderful delicacies, so when a very dear and culinarily adventurous friend of mine came to visit for the evening this place was my first suggestion.

About 2/3 of the way up Preston Street on the left (if you’re walking up from the seafront)  Good Friends is sandwiched in between a nail salon & and Indian restaurant (picture of the restaurant frontage above, courtesy of Google images)

We were seated immediately and requested both menus, the restaurant was half full and every other diner bar one table was Asian which i think is always a good sign in a restaurant of this type.  I’ll talk through the dishes we ordered in a sec, but seeing as everyone (without exception) who I told about this place quizzed me about the unusual dishes on the menu I thought I’d list a few for your viewing pleasure:

We ordered a mixture of dishes from both menus (apologies for the photo quality, the lighting was rubbish and was using my iPhone)

This was SO good, seriously amazing.  The batter was unbelievably light and crispy, the squid was perfectly cooked and not at all rubbery as it can often be and there was just enough chilli to give it a good kick.  I’d highly recommend this.  It was £5.50 for a fairly reasonable sized portion.

This was my choice cos I love a bit of seaweed!  Pretty standard, my only criticism would be that, surprisingly, it wasn’t salty enough.  £4 for the portion which I thought, was extortionate.

This was our wild card order- we both felt the need/urge to order something out of the ordinary and this was what we decided on. The first one, well, I really didn’t enjoy it at all-we hadn’t expected there to be bone in them at all so both gamely popped a whole one into our mouths and crunched our way through all of the bone and gristle- RANK.  However we persevered and discovered that when you tackle them in the manner in which you’d eat a spare rib, they were very nice indeed.  They were really tender, just a little gelatinous and tasted really “ducky”- which isn’t really surprising given that they’re duck tongues.
I would definitely eat them again, but I think the next time I visit I’d go for something different- possibly the pigs trotter with jellyfish.  This, I thought, quite large portion cost £5.50.

For this you are asked to pick the types of meat you’d like from a selection- my friend doesn’t eat pork but I really wanted some so opted for the crispy pork belly as one of my choices, we also ordered roast duck and soya chicken.  I think the other options were steamed chicken or beef brisket- so thinking about it, there was nothing barbecued about these meats all.

It was really tasty, but we had to send it back because it was lukewarm- and they stuck in the microwave, something neither of us dwelled on for too long. I liked it and we demolished it all, but I’m not sure I’d order it again. I thought it was reasonably priced at £8.50.

Now this, was reeeeally good.  I’d been hankering after the crispy pork and oyster hot pot, but as we were sharing, this version came a close second.  The satay sauce wasn’t the usual liquid peanut butter type you get in any Chinese takeaway, it was a spicy, nutty broth which managed to be both light but fairly rich at the same time.  There was a generous amount of crab in there, only one claw, but enough of everything else so as not to feel cheated. We ordered two portions of sticky rice to accompany it.  At £14.50 it wasn’t cheap but I thought good value.

This was also delicious, the best thing I can liken it to is a really al dente, more hollow version of a green bean that tastes of pak choi. The garlic sauce was really lovely, they do it with a schezuan sauce as well which I’d like to try too.  I think it cost £4.40 for this pretty sizeable portion. (And yes, I did snigger when I ordered it).

The total bill came to £61 including service (We didn’t drink) which is definitely pricey but, for the volume and quality of the food that we had I thought it was OK.  The service was pretty standard for this type of restaurant, fairly efficient but no attempt at humour or relationship building. Service aside, I will definitely be revisiting and would recommend it to anyone with a sense of adventure who likes authentic food.  If you want a crispy pancake roll, chicken chow mein and 1/2 crispy duck and pancakes then go somewhere else, they do sell this type of thing, but for me, it’s all about the traditional menu.