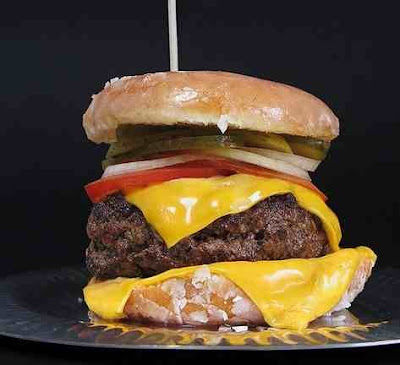 So if you follow me on Twitter or Instagram (if not, why not?!) you will know that Mr P&P has gone away for a few weeks.. and you will probably have noticed that I’m being a tad.. pathetic about it.  When he and I didn’t live together, I did miss him a bit when he went away, but, because it was my flat where I had a routine that didn’t involve him, it didn’t feel like he was missing… if that makes any sense at all.  Don’t get me wrong, there are definite plus sides to him not being here- it’s tidier, I get to stay up watching TOWIE (don’t judge me) and beauty bloggers on youtube as late as I like and best of all is there isn’t a hoodie hanging over every single door in the house (his most annoying habit). I’ve always loved my own space and company, that never changed, but there is definitely a Mr P&P shaped hole in my life that nothing can fill.

The nature of his job means he is going to be away more and more, probably for even longer periods of time so I really am going to need to get a grip, sharpish. But the fact is, quite a few things have gone to shit since he’s been away, but mainly the food-side of things. He left two weeks ago and since then I haven’t cooked anything that hasn’t involved piercing a film lid or is served on toast… call myself a food blogger?! Disgraceful.

Before I was with him I was single for a long time (through choice) and I always made the effort to cook myself something decent, something blog-worthy, almost every night- partly because I enjoy cooking and partly because I used to despise people who said things like “cooking for one just isn’t the same”… I’d like to take this opportunity to apologise to those people who I sneered at in my head, because you’re right. My cooking, it turns out, is all about him!

So anyway, for those of you who haven’t already clicked off in disgust at my self-indulgent ranting, The burgers!!  The one in the picture above was my inspiration- people tell me it is from Man VS food, a programme which, surprisingly, holds absolutely zero appeal to me, what inspired me is the fact that I LOVE burgers, ADORE Krispy Kreme and totally dig the whole sweet and savoury together thing. So, imagine my excitement when I discovered that  The Globe pub in Brighton was selling the very objects of my desire…. 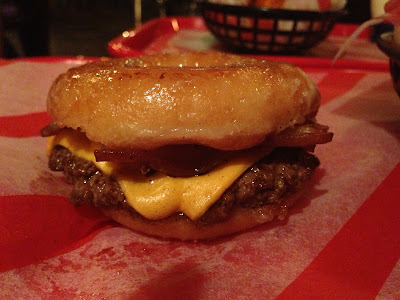 After being near hysterical with anticipation all day, being presented with the above was somewhat… underwhelming.  All of the glaze on the donut had melted so it was soggy, the burger was tiny- I know I’m a glutton, but me and my dinner date Emma literally hovered them up in about five bites. There was something not quite right about the meat, don’t get me wrong, it wasn’t off, it just wasn’t right. I wouldn’t recommend it at all. Fabulous concept, woefully average content, the menu looked so promising too, shame. 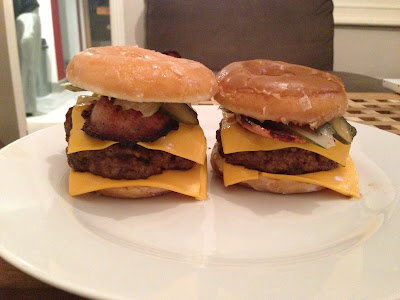 Still hankering after the holy grail burger that I knew this combo had the potential to be, I went to Krispy Kreme and bought a dozen assorted donuts and used this Jamie Oliver “cracking” burger recipe to put inside.

Mr P&P is not a fan of the whole sweet/savoury thing and declined my offer of one of his own (yes, both of the above are mine) and opted for bog-standard buns.

I chose a maple-glaze, my all time favourite Krispy Kreme, and an original glaze as well.  The latter actually worked a lot better as it was less gooey and was more of a background flavour to the delicious burger rather than the dominant one. I LOVED them, I forced Mr P&P to try a bite and he said it was “disgusting”- I posted a photo on my Facebook and Instagram and I got a mixed response on there too so it’s obviously a marmite-type scenario.  I however, will be making them again soon!