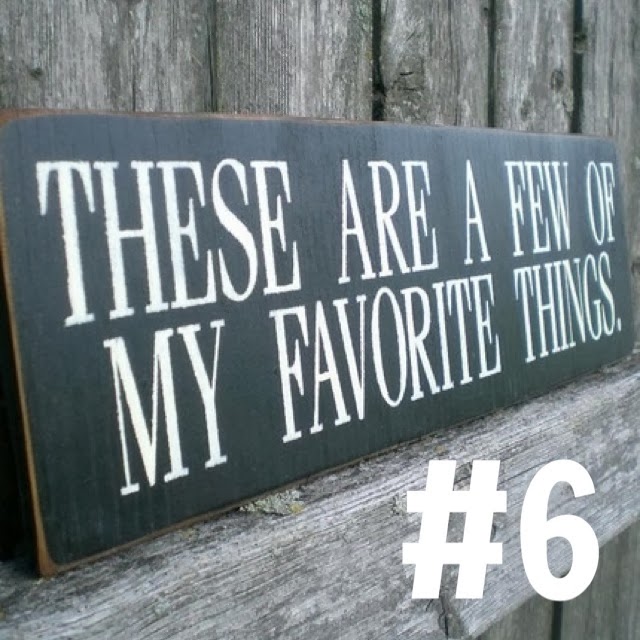 So I failed miserably at the 28 posts in 28 days thing.  I managed 16, which to be honest, I’m still pretty proud of.  I’ve still got another 12 half-finished posts which I’ll be putting up over the next week or so.

It’s been quite a busy week for me, I’ve had my best mate staying with me so I got to spend lots of time with her which has been lovely.  We watched b2b episodes of ‘First dates’ on 4od the other night, and were both in bits over the guy with the stammer. Socially awkward/painfully shy people make me want to weep as it is, but this guy was KILLING ME, I hope the girl who he dated in the first episode rots in hell for the way she treated him, so awful.

On the subject of first dates, a school friend of mine imparted this absolute gem of an anecdote to me this week and it definitely falls into the ‘favourite thing’ category:
‘I was on a first date…with a very wealthy
eligible bachelor…had a few drinks then escaped to the loo to text my best
friend something along the lines of “yeahhhhh he’s minted! totally gona
trap this one!”… and sent it to him…and had to do the walk of shame
down a flight of stairs back to the table with him looking from his phone to me
to his phone to me… horrific. But I must be GOOD matey cos then we dated
for 2 years… until he dumped me for being white…he was asian…i’m
pretty sure I was white all along though’…. I bloody love my friends.

I’ve not cooked very much this week which is something I intend to remedy next week, plus, it’s pancake day which I love! When I was little, hell, nearly every Sunday until my mid twenties my Mum used to cook pancakes for breakfast so I’ll be heading over there next week for an extravaganza of lemon & sugar, maple syrup and banana & cream on Tuesday.  Check out my pancake post from 2012 (here).

This sounds like an odd combination and you’d think it’d be far too sweet, but as usual, Nigel Slater knocks it out of the park with this simple recipe.  You just roast the pheasant in the oven for 40 minutes and then add honey, grapes  and seasoning to the juices to make your ‘gravy’ (recipe here).  I served mine with leek & bacon mash, leeks, cavalo nero and baby carrots.

I wish I was a more confident baker.  It makes me so tense, once you put it in the oven, that’s it, you’re committed, there’s no going back.  Unless my Mum’s there to reassure me, I almost always overcook my cakes as I’m terrified that they’ll still be raw in the middle. This time was no different so rather than offending your eyes with my latest ‘suntanned’ looking cake I thought I’d share the last successful one instead.

This cake is so easy to make and a super duper version of a bog standard lemon drizzle.  It only contains 50g of flour relying almost entirely on ground almonds and pistachios to hold it all together.  I love it so much, link to the recipe here.

I don’t want to be dry and go on about the weather but I’ve been absolutely loving it this week.  I know I bang on about it all the time, but, for as long as I live in Brighton I’m never, ever living away from the seafront again, this view makes me indescribably happy.

If you fancy waking up to this view every single day then let me know cos there’s a double room going, available from April 1. Good size room, built in wardrobe, large living room with sea view, lovely kitchen, a flat roof for sunbathing and the beach as your front garden. Rent £425 + bills which are around £120 pcm.

I’m not one for celebrity crushes really, but Jesse from Breaking Bad AKA Aaron Paul… just look at him. I posted this photo on my Instagram and a very lovely lady I know commented on it saying: ‘I’d let him break me’- Amen sister.

There’s a rumour that he may feature in a Breaking Bad spinoff (article here), please god let it be true.  I’ve just finished re-watching The Wire and I’m strongly considering round 2 of Breaking Bad.

I may have indulged in a few drinks on Friday night after work, port, to be specific.  I know it’s an odd choice of tipple, but seriously, so yummy.  The after effects… not so yummy.

I met up with my gorgeous friend Alex and we went to Joe’s in the seven dials, which, in my opinion is the best fry up in Brighton (reviews here and here).  When I arrived the owner came out and thanked me for them and told me that quite a few people had come in and said that they’d read about it on my blog.  I’ve been grinning about this ever since, validation that it isn’t just my Mum and friends who read this!

I am a bottomless pit, a glutton, an unstoppable eating machine when even slightly hungover so I had two breakfasts, the one pictured above as well as some brioche French toast with maple syrup and streaky bacon.  Absolutely yummers and not even a hint of remorse for my gluttony.  Joe’s cafe, I salute you.

I made this last Sunday (blog post here) and I haven’t stopped thinking about it since.  My local supermarket has just started stocking vanilla bean paste (get some, it’s far superior to extract) which I added to the egg and milk before dipping the bread in it and frying. Argh, so good.

My name’s Rosie and I’m a cosmetics, skin care and beauty products junkie.  I used to spend hundreds a month on skincare (see below) which thankfully is no longer necessary and recently I’ve become better at reigning in my urges to spunk my pay cheque on all things pretty and sweet smelling. But nothing can hold me back when Boots has a 3 for 2 on… must avoid now until March 18 when the offer finishes.

Side note: As a teenager I was blessed with relatively good skin, in my twenties a spot was an uncommon occurrence but as soon as I hit 30, BAM, acne became the absolute bane of my life.  It came out of nowhere and got worse and worse, I remember sobbing to my ex, who to be fair to him, was fucking amazing about it, that it was never going to get better. One day I was perusing one of my favourite food blogs, Recipe Rifle, by Esther Walker, when one particular paragraph jumped out at me ‘Having spots is so awful, so all-consuming, painful, embarrassing – causing despair, rage, frustration and ultimately shame at being so shallow’, I was so moved by this that I commented below to thank her.  She followed me on Twitter almost immediately (this made my day as I actually love her a little bit) and sent me the most lovely messages sympathising and recommending a skin clinic in London.  Follow her on Twitter, she’s hilarious. Seeing a new post from her pop up in my blog reader is definitely one of my favourite things.

I ended up seeing a dermatologist who put me on antibiotics (lymecycline) and topical ointment (epiduo) and after 3 or so months, my skin became pretty much perfect.  My advice to anyone suffering with bad skin, go to your GP and if they aren’t sympathetic, go to another one and don’t leave until they arm you with a shit load of prescriptions. I know a lot of people can’t afford to go to a private dermatologist, and actually, she didn’t give me anything my GP couldn’t, I just thought they were trying to fob me off with antibiotics as most GPs do. But seriously, take the drugs, I wish I’d done it sooner and saved myself months of misery.  It’s awful, just awful, but you can get it sorted x

After working for Pizza Express for seven years I’d be perfectly within my rights to never even want to touch one ever again, but my love for this food is so deep that I managed to eat a minimum of 4 a week the entire time I worked there.

I nearly always opted for one with a runny egg on top, well, when there was a chef working who wasn’t physically incapable of not cocking it up, that is. Since I now only visit as a customer fairly irregularly, I have to get my fix elsewhere, when I’m hungover it’s always a dominos (for the sheer volume and filthiness) but other than that it’s usually at home.

A fairly recent discovery of mine is the co-op extra special sourdough pizzas, this one was topped with salami, roquito peppers and buffalo mozzarella.  I rearranged the toppings a bit, cracked a burford brown egg on top and then put it directly on a rack in a 230 oven for about 10 mins, check back after 8 though.

I love anything that contains creme egg but these are seriously amazing, hopefully they’ll be an all year round thing rather than a seasonal one.  I’ve had SO many arguments with people about whether or not creme eggs are available throughout the year, just for the record, they aren’t.  I once scooped out the inside of 30 Cadburys creme eggs and put them in a cake for someone who said it would be their dream come true… this confirmed me in many peoples’ eyes as the mentalist that they’d always suspected I was.

I know it’s not nice to mock gingers, or overweight people and especially not overweight, ginger children…. BUT, this is just.too.funny.  So SO odd but it cracks me up every single time I look at it.

What have been your favourite things this week?  Post in the comments box below or tweet me.  Lots more recipes and reviews incoming this week.