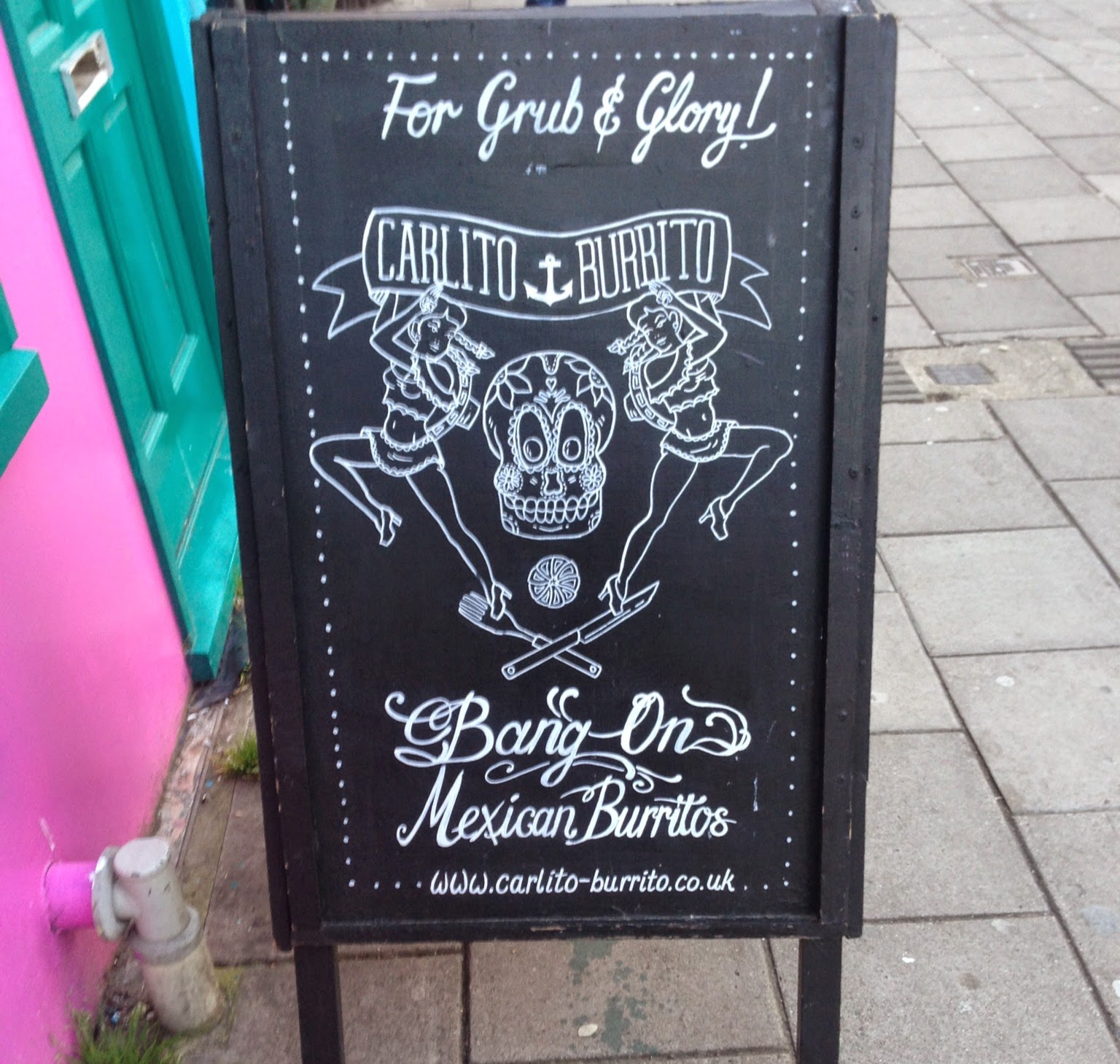 Let me just start by saying, I really, really, REALLY wanted to love this place.  I loved their food truck (minus the frozen prawns they served me), I was really excited by their Mexican ‘tapas’ menu and a good friend of mine whose opinion I trust immensely had had an excellent meal there- so to say I had high hopes would be an understatement.

I’m not going to mince my words about this, the waitress was breathtakingly rude, before we’d even ordered and throughout. Dismissive, abrupt and she completely mugged my friend Alex off.  Now I have what’s called a ‘bitchy resting face‘ so I’m not unaccustomed to people being rude to me. However my friend does not, she’s a manager at a lovely restaurant in town so would never dream of speaking to someone in the same industry like a twat, unfortunately our waitress had no such qualms, and sadly it set the tone for the whole meal. 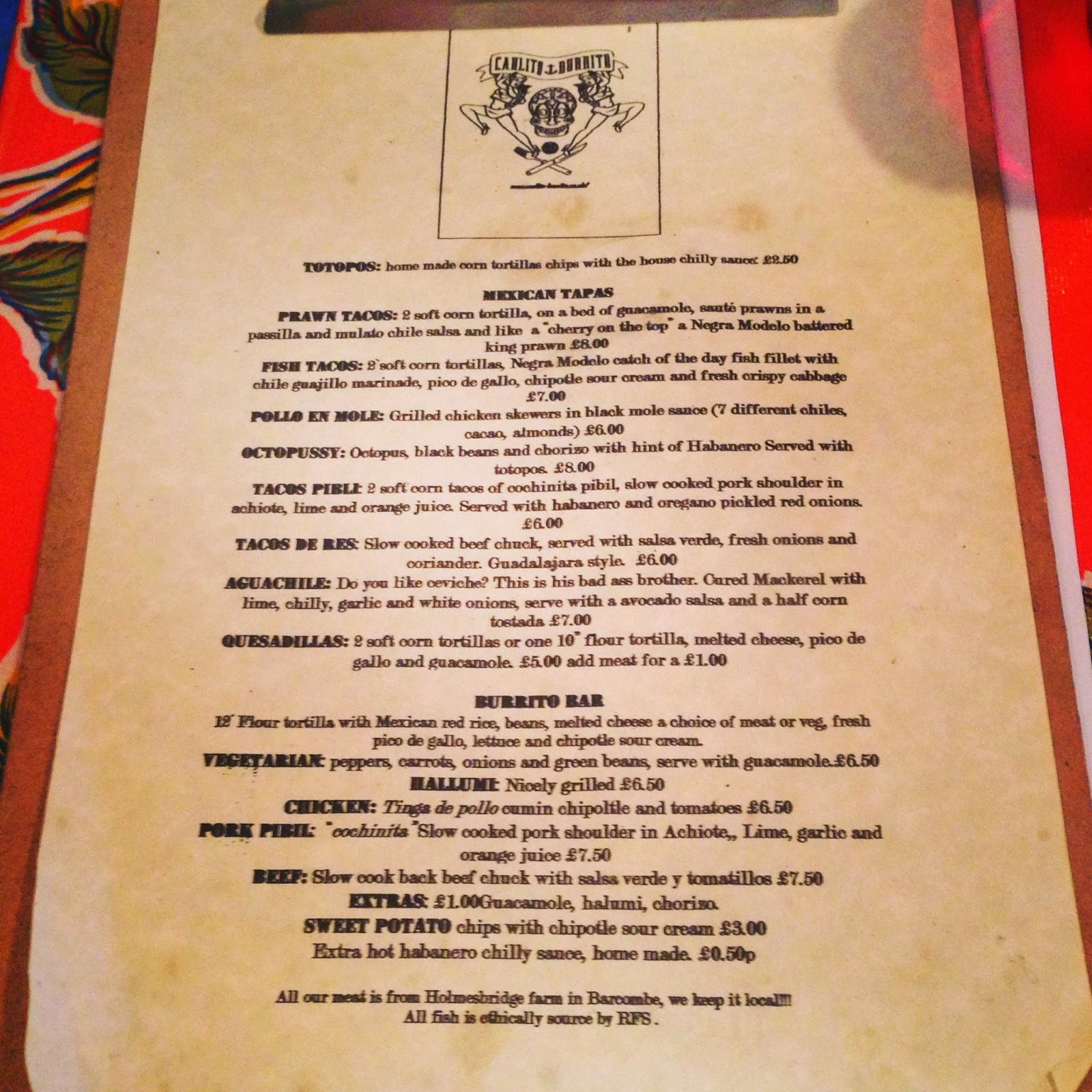 The menu looked so promising, I’d been drooling over it for months (literally) we chose two dishes each plus some nachos and sweet potato fries and waited eagerly in anticipation. 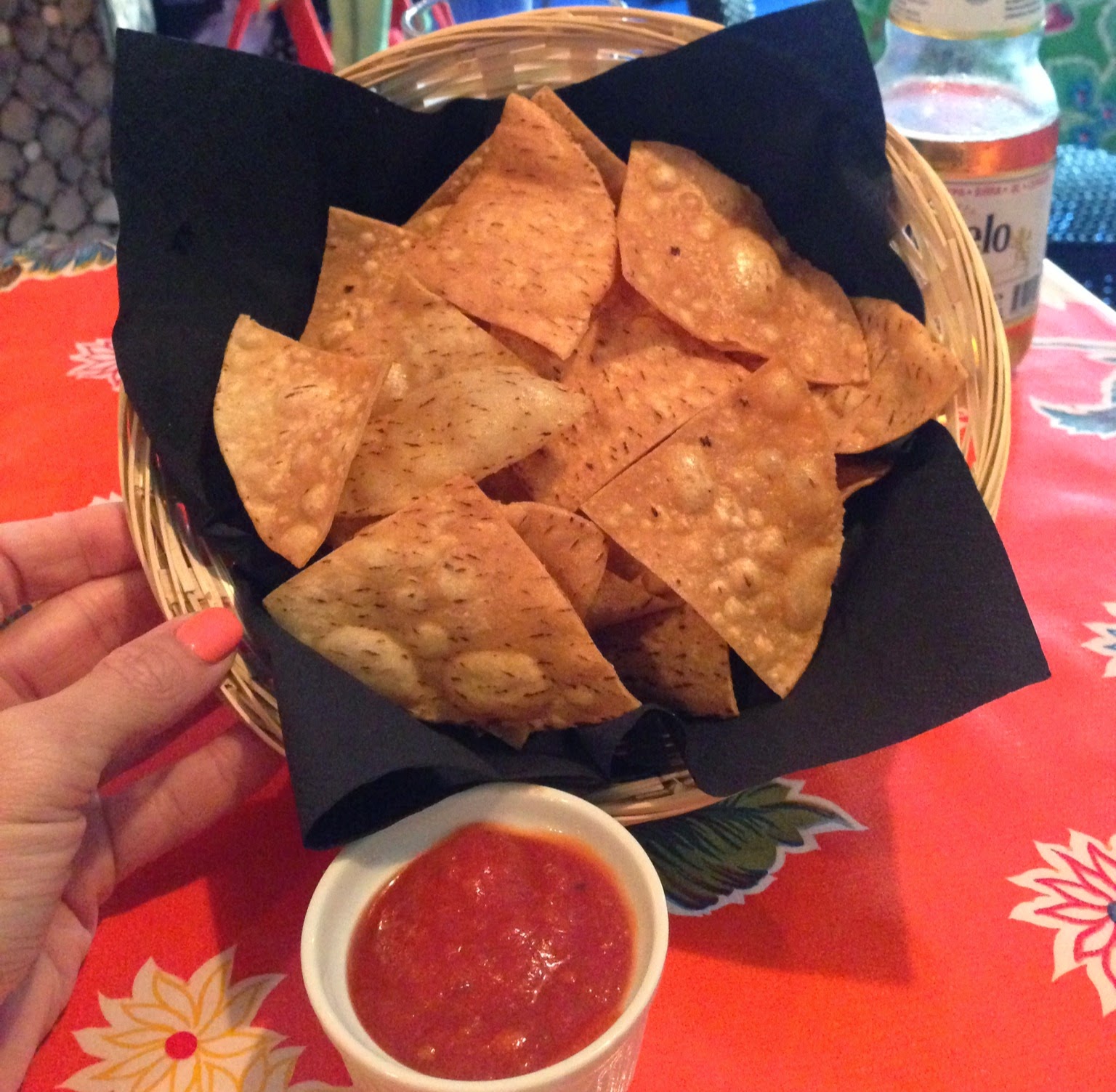 Too thick* and not crunchy enough in most places, these really weren’t all that.  The tomato ‘salsa’ was totally unseasoned and tasted as though they’d just blitzed up a tin of tomatoes. Poor, especially for £2.50.

*The table next to us had a much nicer looking portion so ours may have just been a duff batch.

This also came with a portion of the lame tortilla chips.  It was tasty, but  piping hot in the middle and luke warm around the edges.  There was very little ‘octopus’ used too, it was bulked out with squid- credit where credit’s due, it wasn’t at all chewy, but I’d put money on the fact it’d been microwaved, and badly at that. Such a shame.

I actually quite liked these. They weren’t amazing, but I happily ate mine as well as most of Alex’s- she wasn’t a fan at all, but for me, they were a solid 7/10. 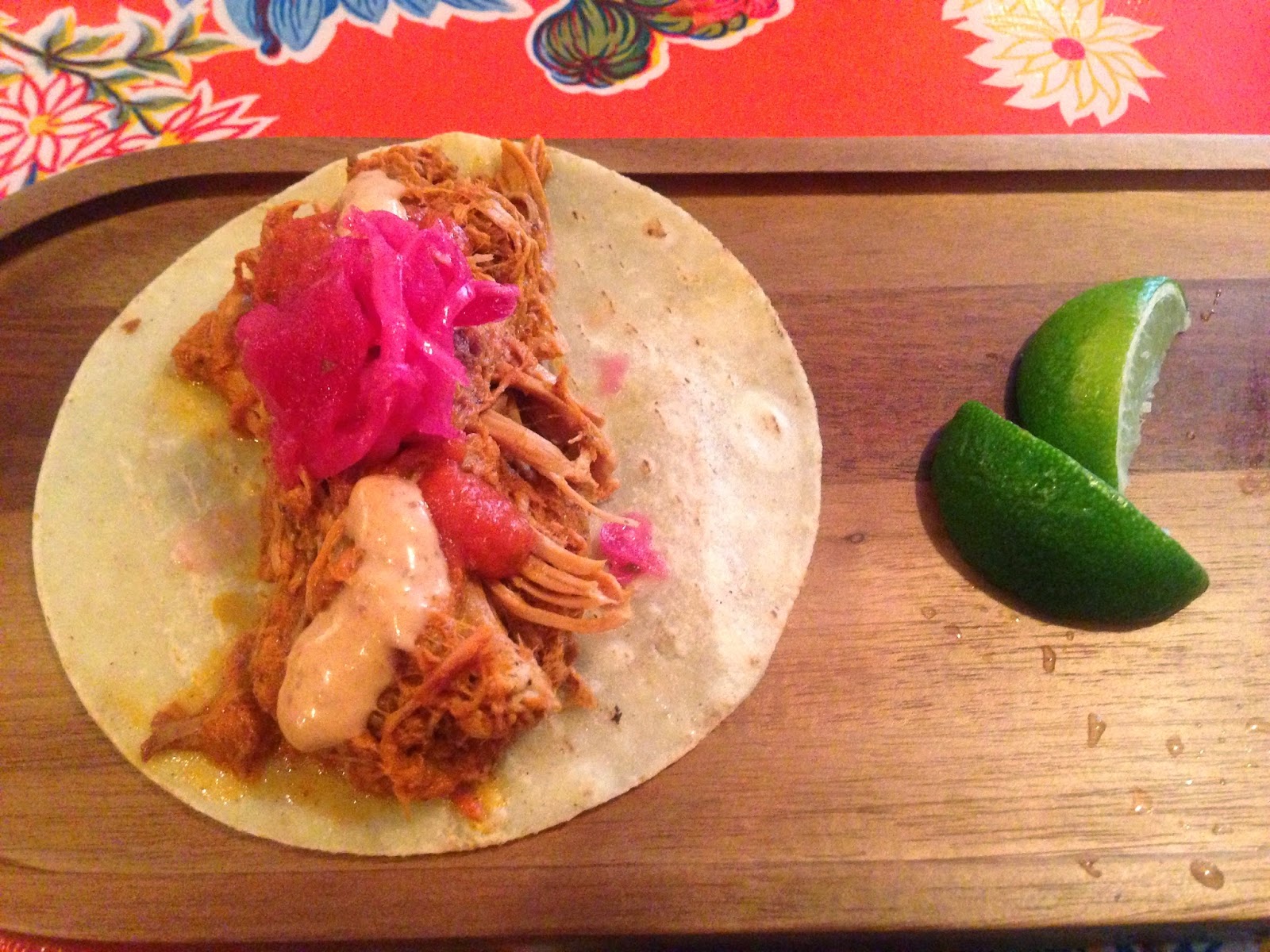 I’m not sure I’ve ever said anything this harsh in any of my reviews, but this is how I described the pulled pork to my friend, via text, and reading it back, I absolutely stand by it: “The pork tasted like someone had put it in their mouth, masticated for about 5 minutes, spat it into a slow cooker and then simmered it for 10 hours, let it go cold and then reheated it in the microwave. Absolutely butters mate and the wrap was sweaty as”- I could elaborate further, but I think that just about covers it. Vile.

Billed as the ‘badass brother’ of ceviche, this was the winner of the meal for me. Granted it didn’t have much in the way of competition, but it was really delicious.  The fish was firm and fresh and the guacamole was creamy and actually tasted of avocado, a nice change from the slop that comes with tacos at a lot of places.

Flaccid, soggy, unseasoned and almost definitely reheated, these were dreadful, just dreadful, worse than the tortillas and that’s saying something.

I sent this photo to a fellow blogger friend and this was their reply: ‘I’m sorry, the food may be off one day but stuff needs to be clean 100% of the time. Any dickhead can get that right’… quite. I actually feel a bit queasy looking at it. 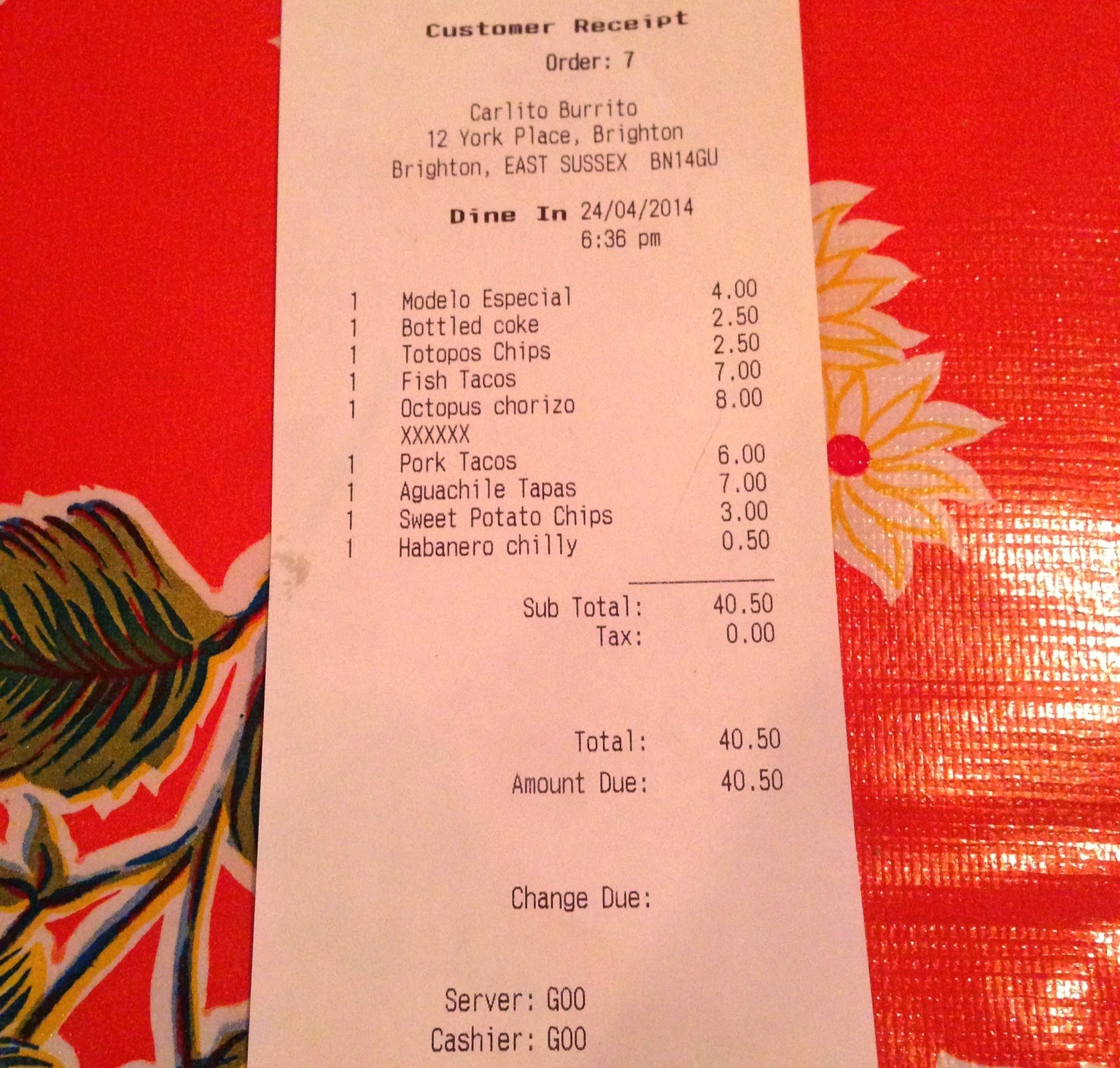 We asked for a dessert menu and the (rude) waitress informed us that they are ‘still working up to doing dessert’… Really, you’ve been open three months guys, how much longer do you need?!

Above is our bill, about what you’d expect but we were both mildly outraged by the 50p for chilli sauce- neither of us are tight fisted or afraid of paying ‘top dollar’ for food but this was just unnecessary in my opinion.

We didn’t tip, this, for two people who usually grossly overtip everywhere we go, was a big deal. None of them deserved it though.

We ummed and aaahed about whether or not to say anything, but to be honest, given how abysmal the service was there didn’t seem to be much point.  We were greeted with such contempt when we asked what type of oysters they were serving, we couldn’t be arsed with conversing with her further.  The girl behind the burrito bar seemed friendly enough though and the chef was a babe.

Like I said at the beginning of this review, I wanted to love it, I wanted to be able to tell everyone to try there as an alternative to the immensely popular La Choza… but I can’t.