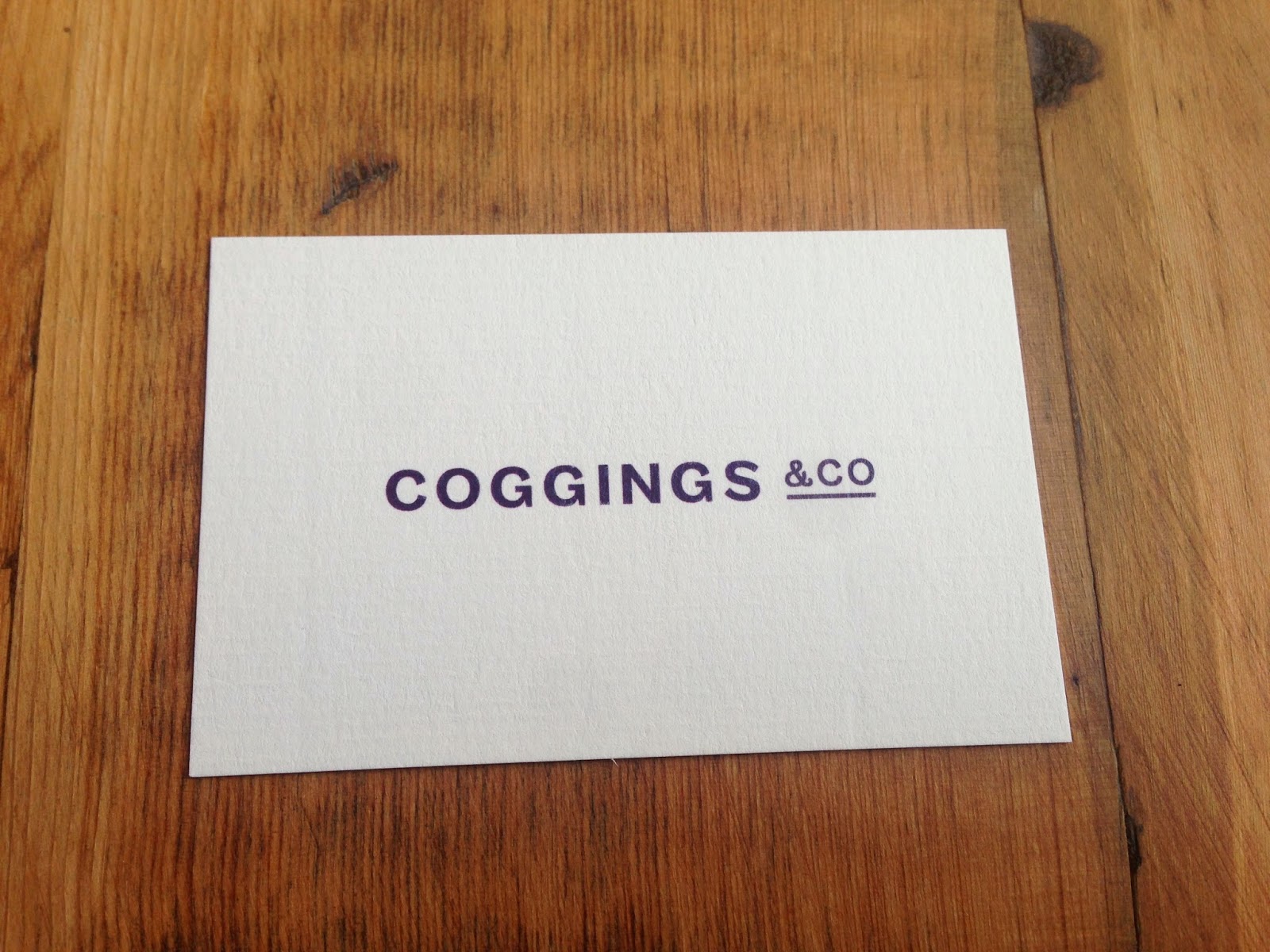 Burritos seem to be the flavour du jour for 2014, but 2013 was definitely the year of the burger, with new takeaways, pop ups and street vendors throwing their hats into the ring, with varying amounts of success and popularity.

I bloody love a burger, and actually, I don’t think I eat them often enough.  This is almost definitely set to change after my latest discovery- Coggings &co. Tucked away up in the seven dials in the site where Blenio used to be, the former proprietors of the Preston Park Tavern have set up shop.

Their strapline is: Coggings & Co is all about great burgers, made with local ingredients, sourced with care, prepared with skill and served with warmth. From what I saw and ate they’ve 100% met their brief.

I had a lovely chat with the owner, and what really struck me about him is how much passion he had for what he was doing, and, how happy it made him.  I’ve had similar discussions with other people in the burgeoning Brighton burger market (try saying that after a few drinks) and one in particular, although passionate, seemed to do nothing but complain- a simple enquiry about making their own buns escalated into a 10 minute whinge-athon about the trials and tribulations of what he was trying to do and how misunderstood he felt he was… YAWN, just make my flippin’ burger mate, I’m payin £11 for a double with no sides, to takeaway, the least you can do is pretend it’s not a hardship. 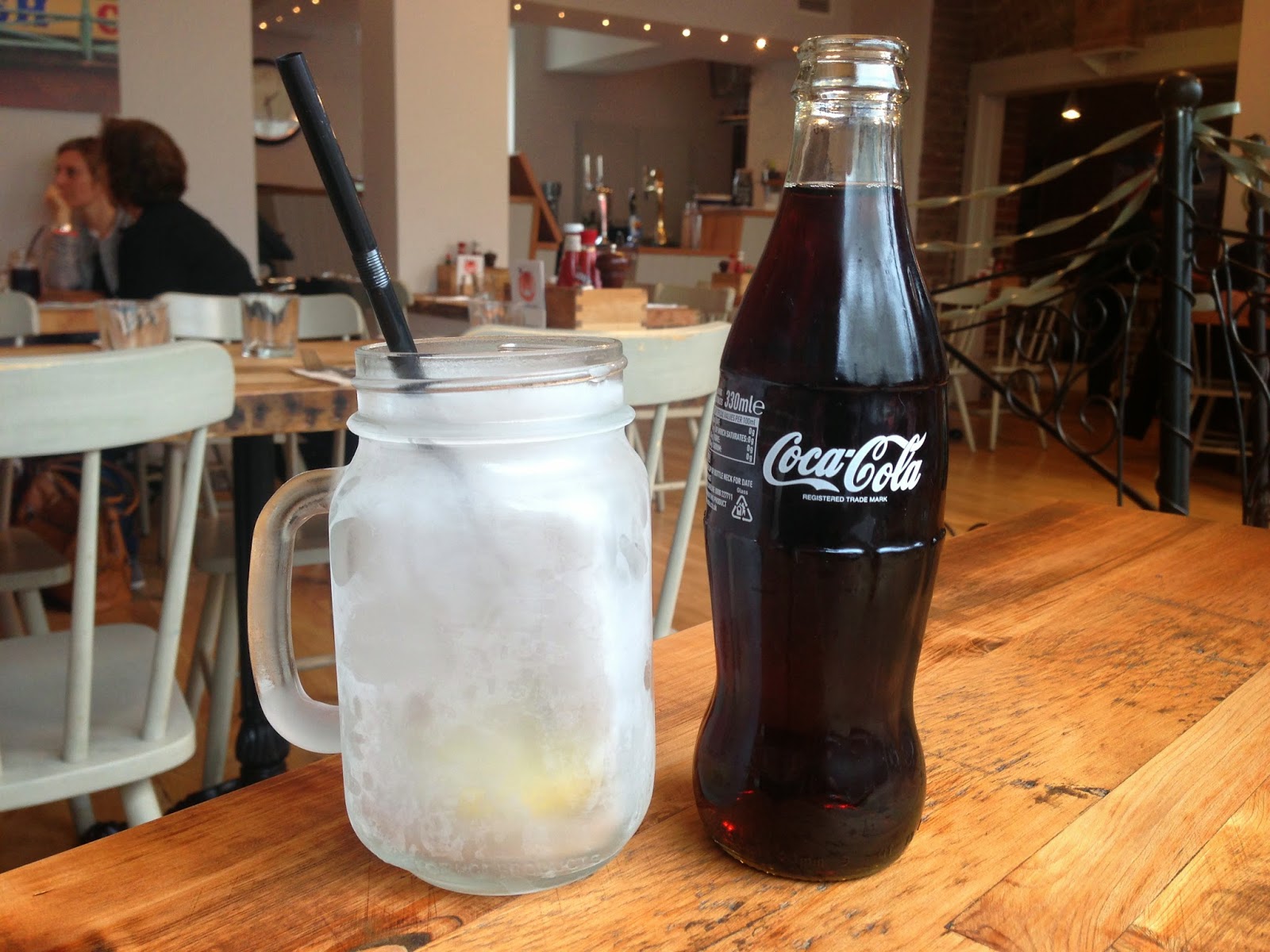 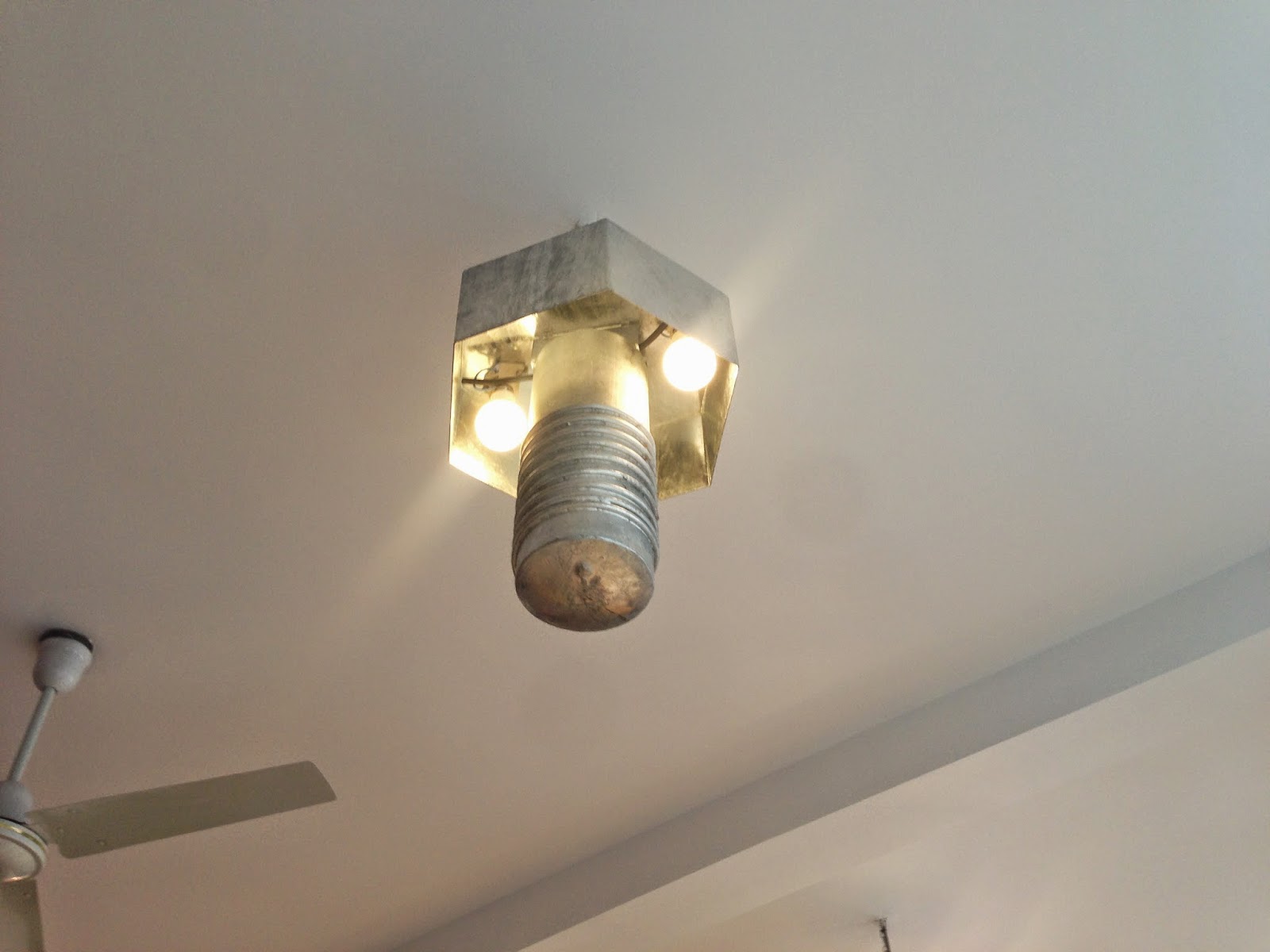 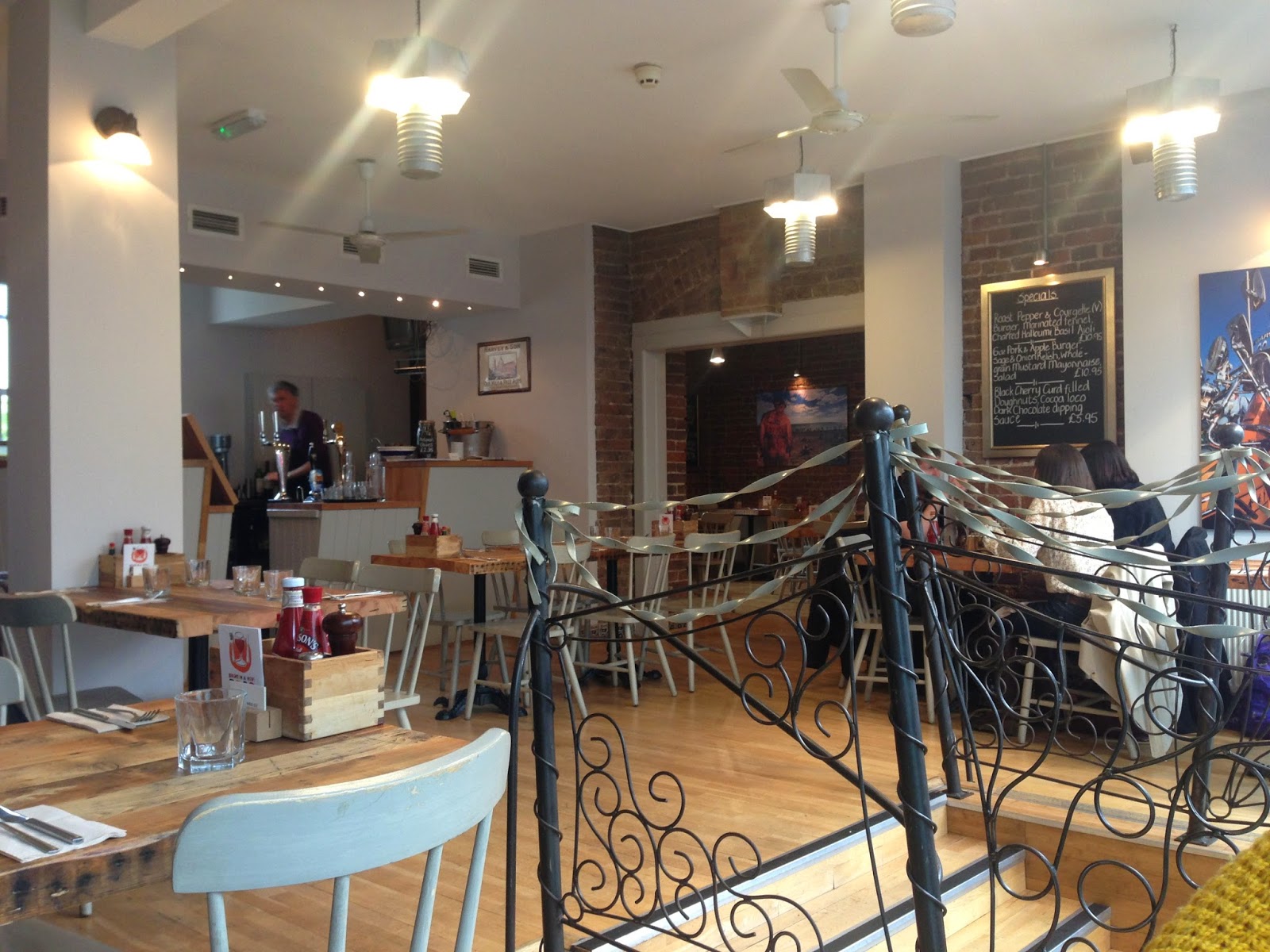 The refurbishment of the site was done using local and eco suppliers where possible, with all of the table tops being made from recycled pine supplied by The Wood Store, local eco painters doing the decoration and all of the unusual, and fabulous (!) artwork has been supplied by a local photographer.

The overall result is bright, airy and hugely aesthetically pleasing.  I absolutely LOVED the light fittings too!  The spacious indoor area seats 50 and apparently there’s a a large garden as well (I had no idea about this as it was pissing it down when I visited).  We sat by the large window at the front, which was an ideal spot for people watching- my favourite! 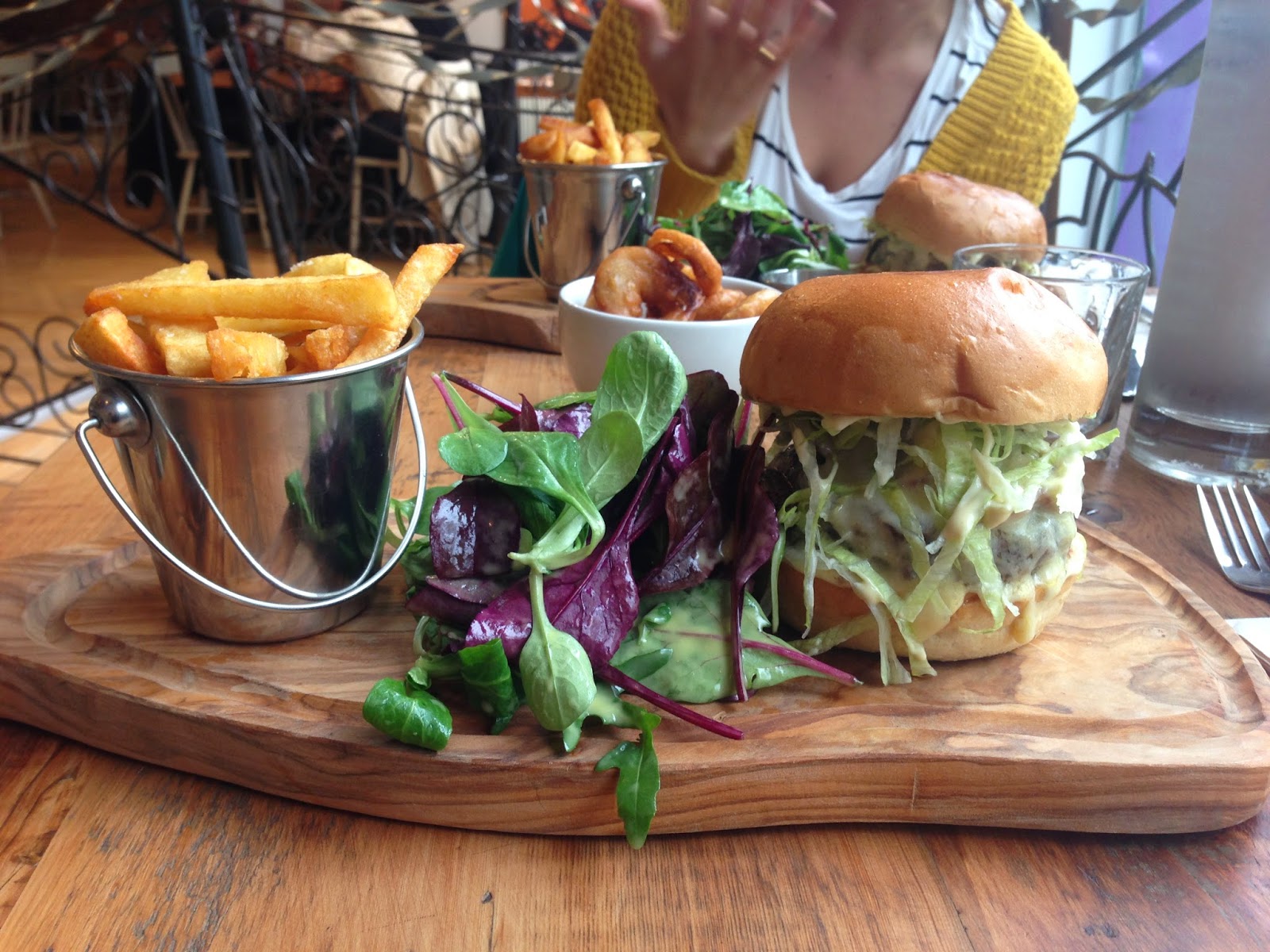 Look at it, behold- a babe in burger form.  Everything about it was wonderful, absolutely everything.  The burger was thick, beautifully seasoned and oozed meaty juices with every bit.  The cheese was grilled on top of the patty so that it was entirely coated in it, the mustard mayonnaise was rich and creamy and the bun was so structurally sound that it didn’t collapse with the first few bites as can often happen. The bacon… insert a heart shaped emoji here. 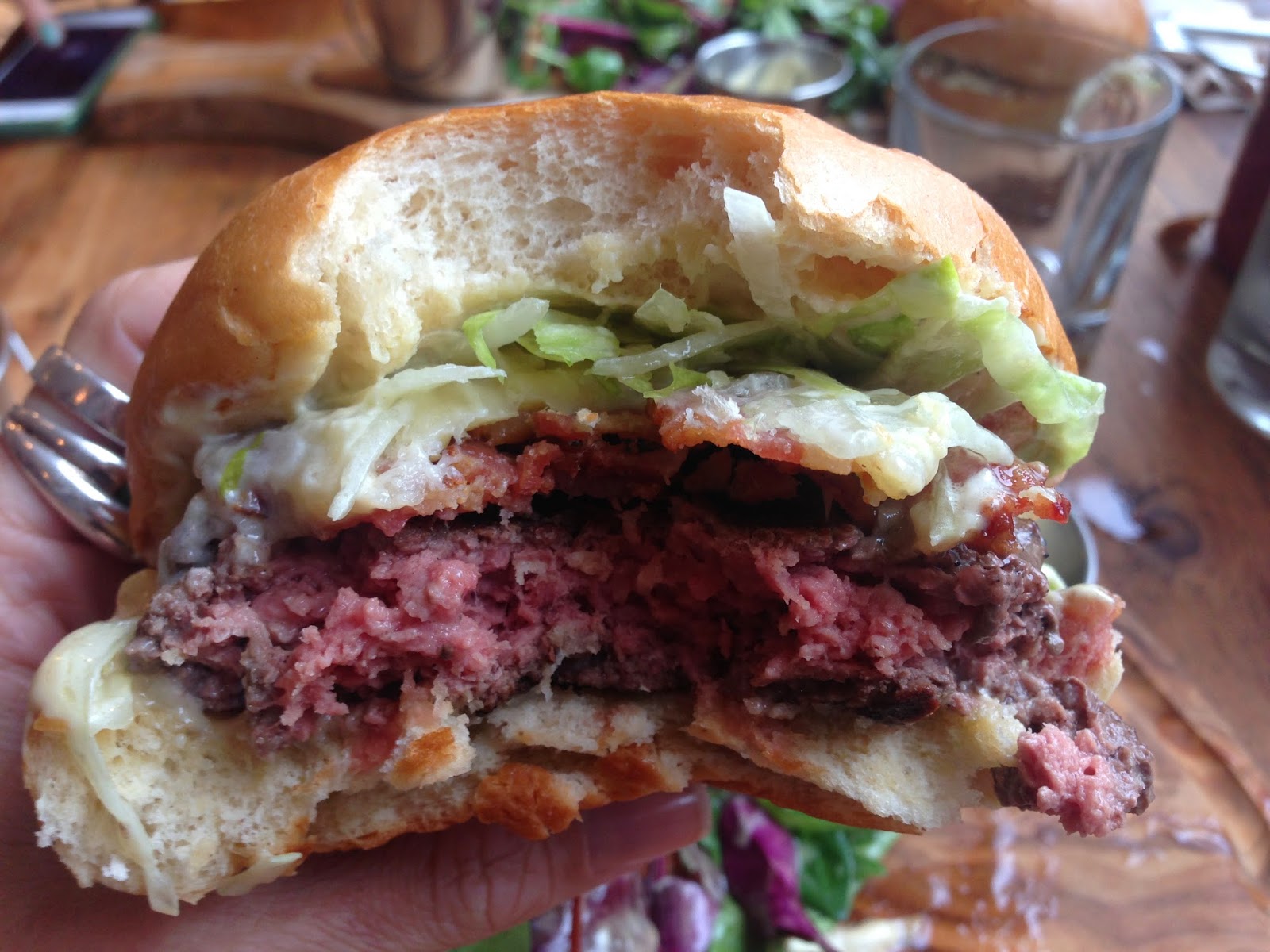 They didn’t ask me how I’d like my burger cooked but I was delighted with how it came out.  If you’re adverse to a pink burger then I’d probably suggest specifying it be well done- just to be on the safe side.

I read the MOST infuriating blog post on the subject of burgers which are cooked in any other way than well done. Self indulgent, tedious and breathtakingly self-righteous, it made me want to throw my laptop across the room in a rage- and I’m ever so fond of my MacBook.  I would link the offending article but would hate to generate any extra traffic in its direction.

Crispy on the outside, fluffy and perfectly cooked within, these were absolutely flawless. I probably could’ve eaten double the amount, that’s not cos it was a stingey, serving but cos I’m a greedy cow.

Rubbish photo but you get the idea. I often find that a lot of places go in for HUGE onion rings, which means loads of batter and I’m not a great fan.  These were the perfect size, light, crispy and very moreish.

I saw these on the specials board before I’d even seen the main menu and I knew they had to be mine. Still warm from the fryer and cooked to order, they were every bit as good as they sound and look.  I haven’t stopped thinking about them ever-since I ate them, definitely in the top five, maybe even top three desserts I’ve eaten- totally incredible.

They’re a special at the moment but I’m reliably informed that they will be coming a permanent fixture at some point.  Do yourself a favour, don’t share a portion, have them all to yourself. 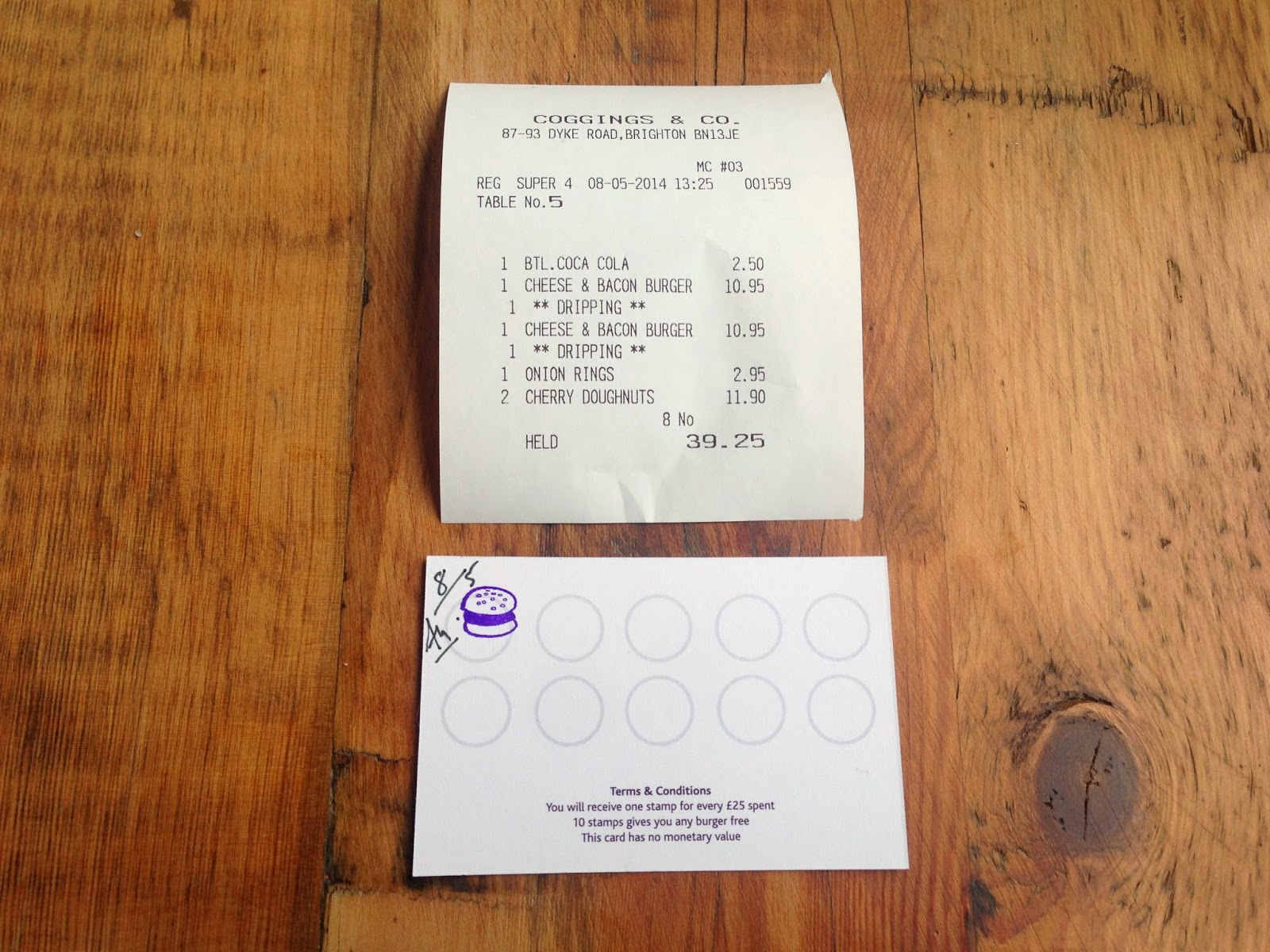 I know that some people will flinch at the thought of paying £11 for a burger, but seriously- the quality was indisputable, the surroundings are lovely, you know the cow came from a nearby field and probably died smiling with a belly full of organic food. Plus it includes a portion of chips and a beautifully dressed salad too. I think it’s an absolute bargain, in fact!

Love the idea of a loyalty scheme and I will definitely be making enough return visits to make sure that card is filled up!

Is it the best burger in Brighton?  Well I haven’t tried them all by any means, but in my opinion, this is the best, gourmet burger to be found in any of the restaurants that I’ve eaten in in Brighton.  If it’s a takeaway you’re after, the go to Burger Brothers in the North Laine- their burgers are also outstanding.

Have you been to Coggings & co yet?  Where do you think the best burger in Brighton is from? Tweet me or comment below.