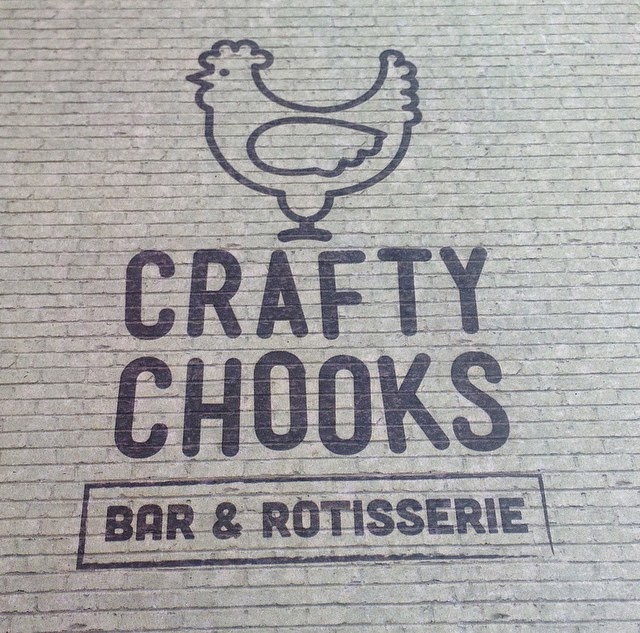 I made my feelings on Nandos pretty clear in this post, and I’ve always said that someone would make an absolute killing if they opened a ‘happy chicken’ version… Enter Crafty Chooks.

Tucked away down Second Avenue in Hove, it’s in the Old Tin Drum site (the last of the chain of three to go down the tubes I believe) and is a lovely bright, airy building with loads of outside seating, which I’m certain will be absolutely heaving now that the sun has made an appearance. 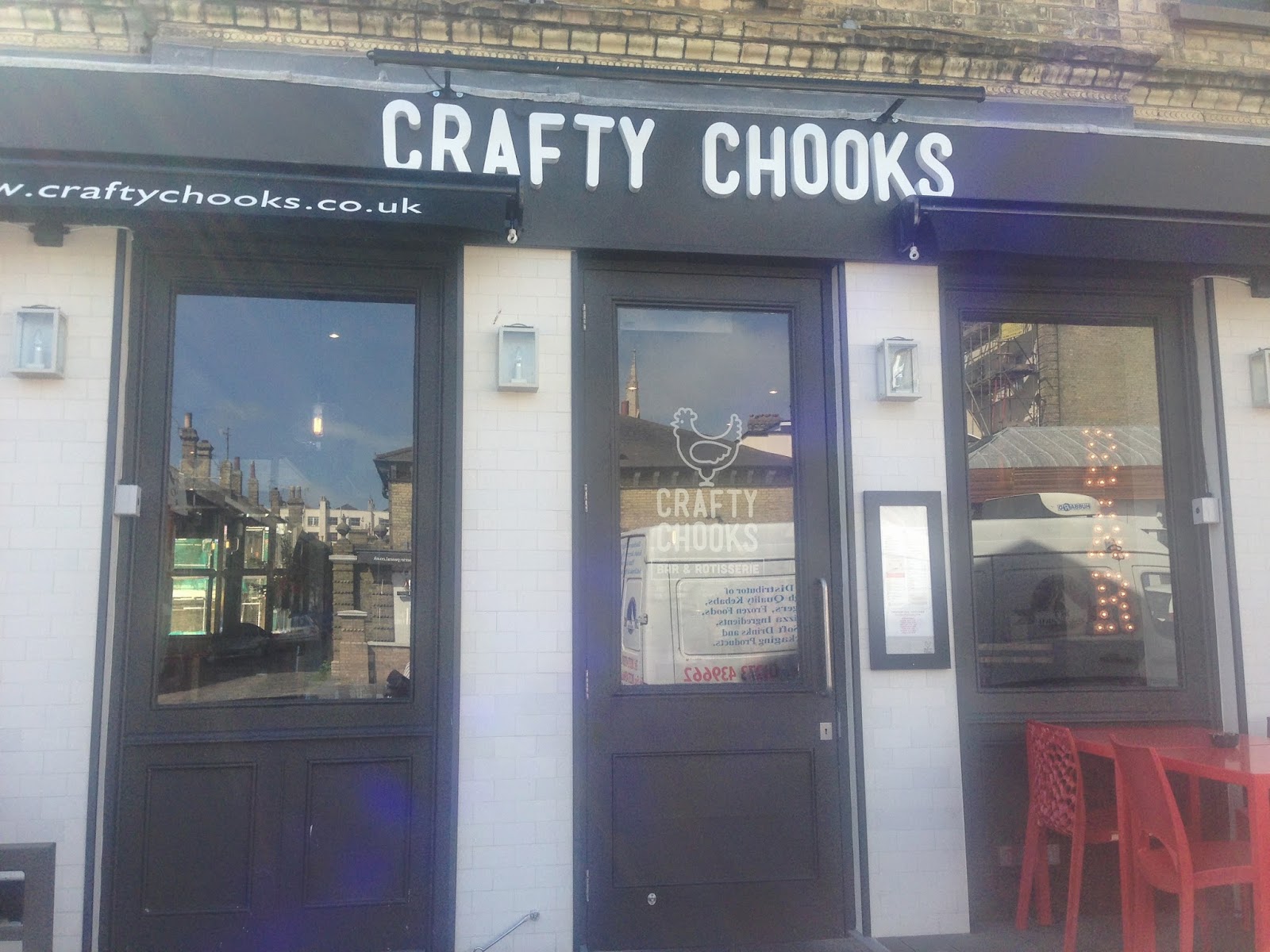 I’m going to get the one and only negative thing I have to say about this place out the way, and really, it’s just down to personal preference… I intensely dislike the name, there I said it.  I know what they were trying to do, they sell a wide range of craft beers, and chicken, obvs- I just don’t like it.  Negativity over. 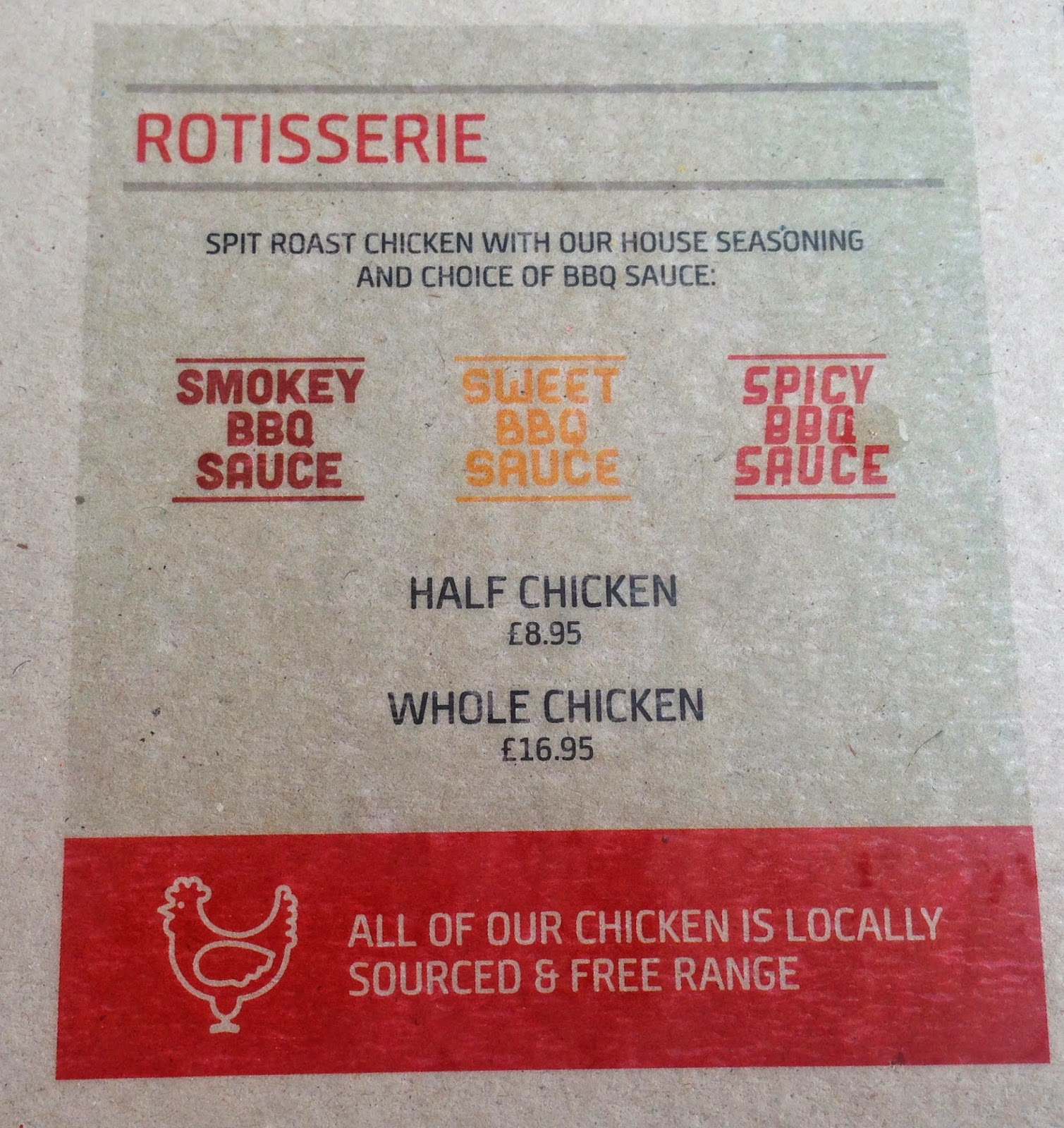 Despite the name, they haven’t limited themselves entirely to chicken, offering a couple of vegetarian options, mussels, steak and lamb too.  For the more diet conscious there’s a salad section to the menu as well.  The only thing that’s lacking for me is some chicken-shop style fried chicken, I’d have been ALL OVER that like a rash if it’d been on the menu.

Someone I know said that they thought £16.95 was far too expensive for a whole chicken- bollocks to that is what I say!  I pay about a tenner for a free range, corn-fed chicken in the supermarket and it’s definitely not local, plus I have to cook it and wash up!  FYI Nandos charge £7 for half a battery chicken! 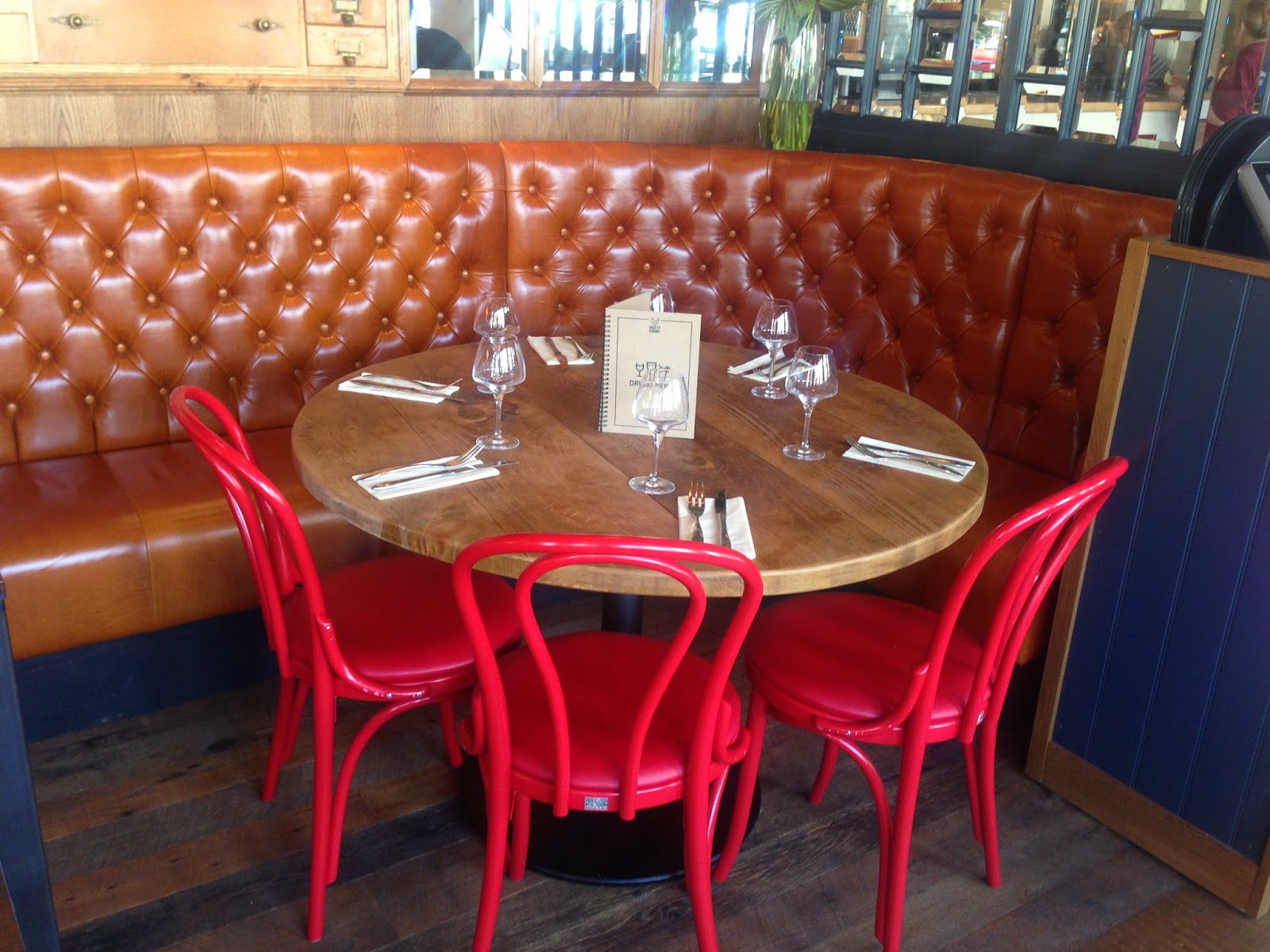 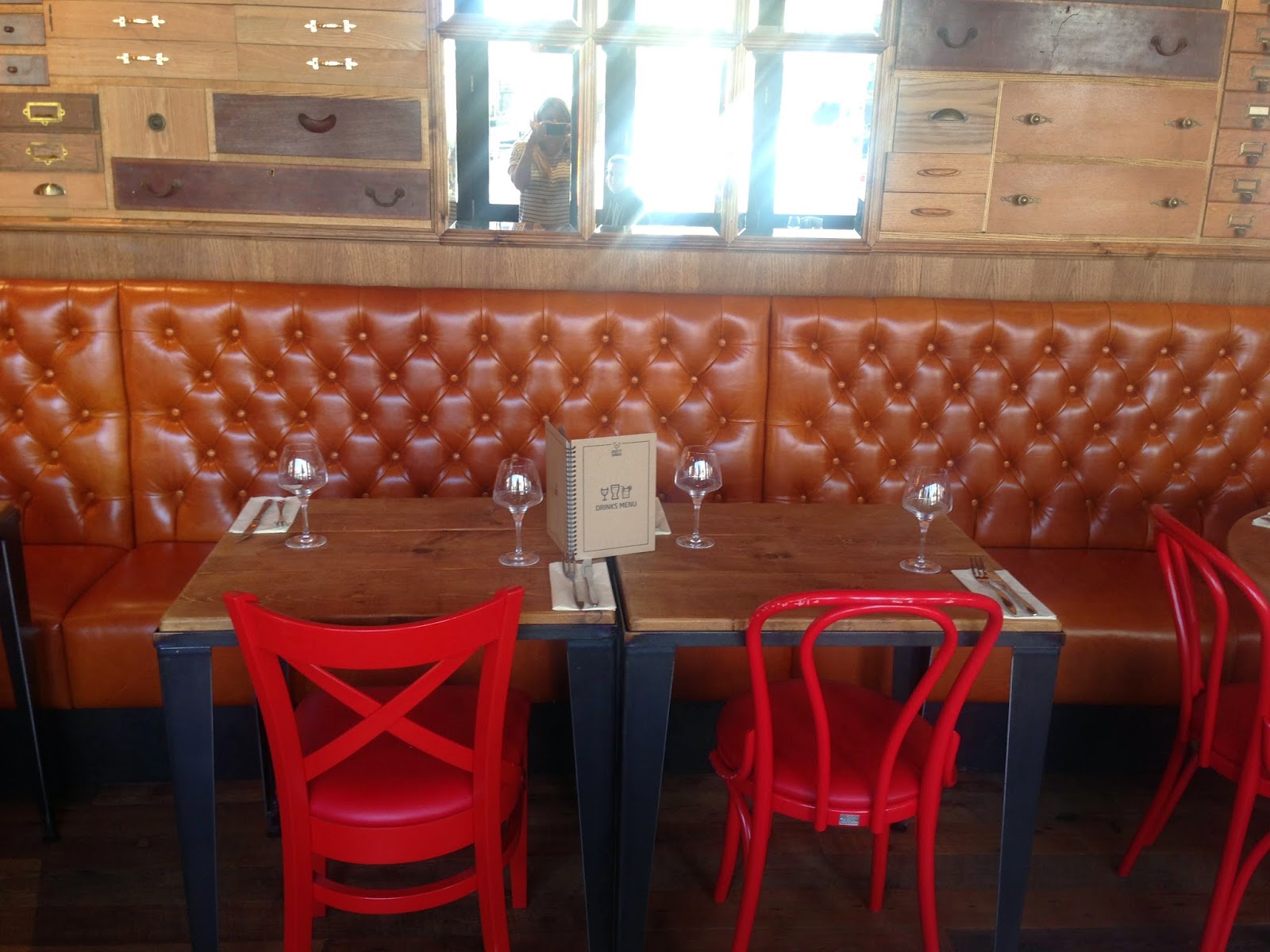 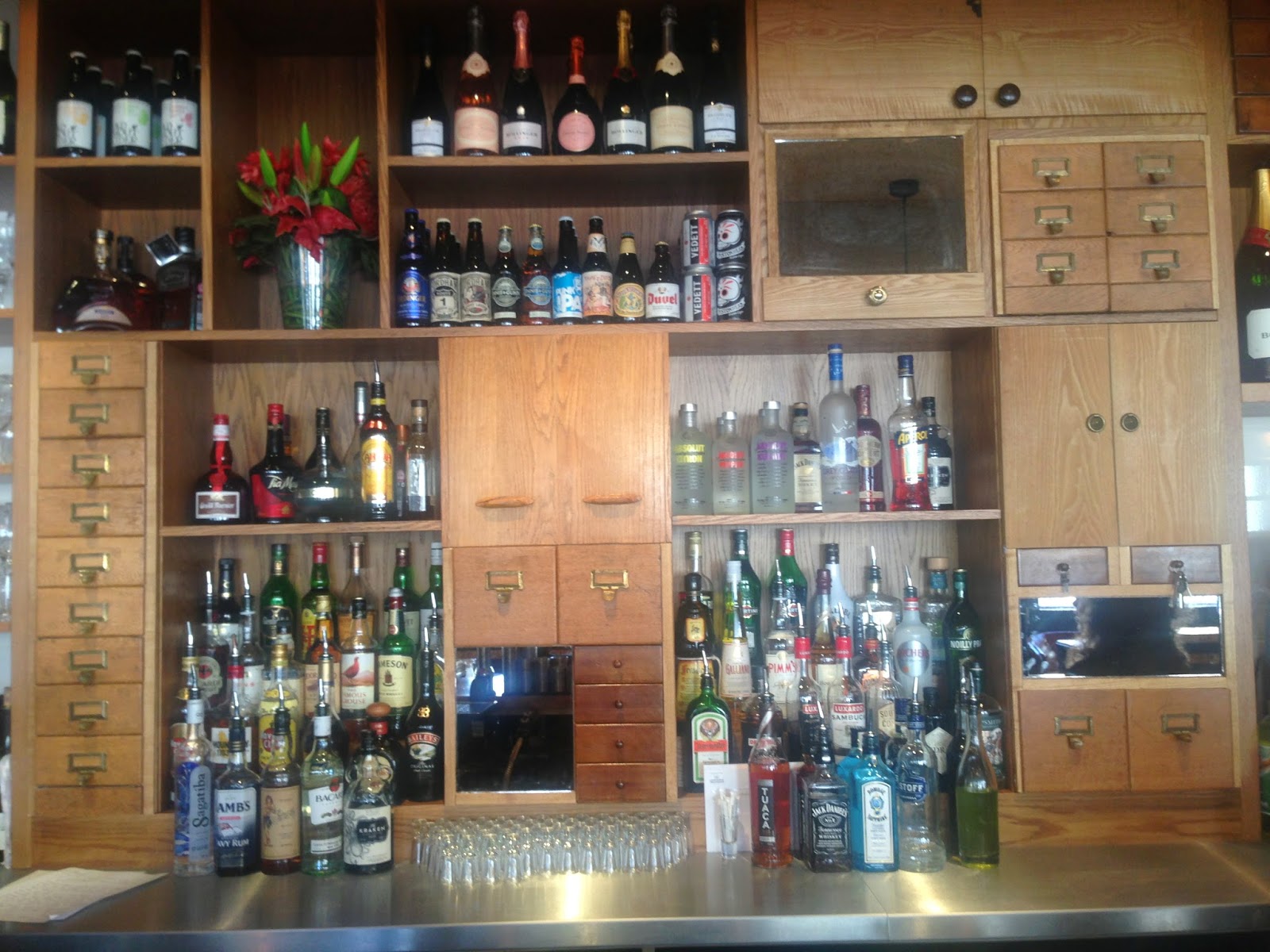 The interior was sparklingly clean and modern.  I loved the leather banquette style seating and the colour scheme, the fact that the chairs didn’t match (I’m aware this was on purpose) landed squarely on my OCD nerve, but other than that, I think it’s an absolutely gorgeous space. 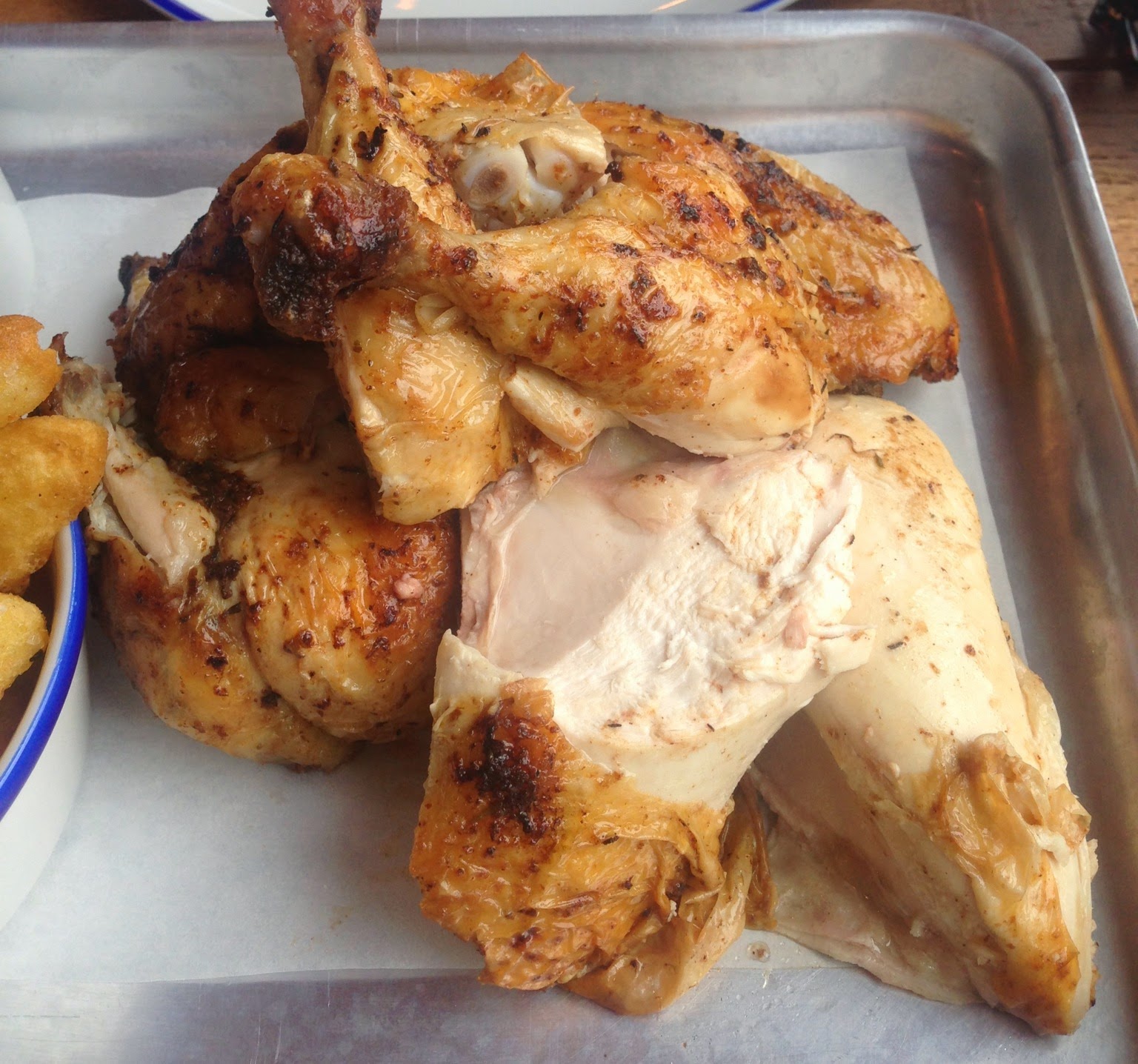 The chicken, oh the chicken.  They’d already jointed it for us, which I thought was a lovely touch, and it just slid off the bone.  It was so juicy and tender, I pretty much inhaled my half and some of my lunch date’s too!

If I had to level any sort of criticism at it, and it’s not really cristicism, just a comment, it’s that because of the way it’s cooked, the skin isn’t crisp- it was still absolutely delicious though. 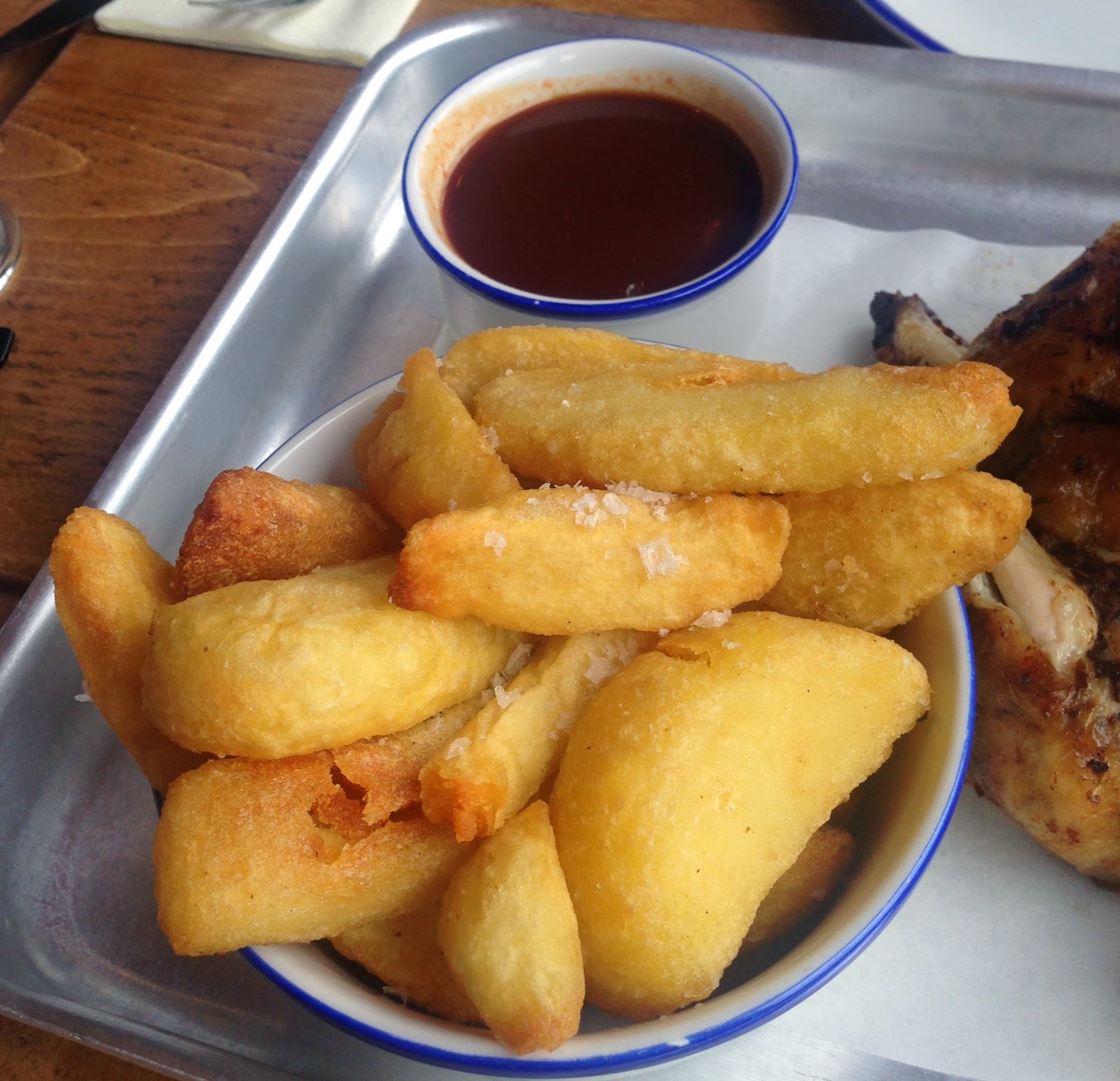 My absolute pet hate is undercooked chips, which usually sees me opting for ‘fries’ if there’s a choice, but the fact the menu stated that they were double cooked was enough for me to take the plunge.  I didn’t regret it at all, crispy and well seasoned on the outside and fluffy and cooked through perfectly- they were incredible.

We opted for the spicy BBQ sauce and it was was just divine.  Smoky, piquant and just the right amount of heat, we demolished our portion almost immediately which the waitress replenished for us free of charge.

This looks pretty bog standard but I can assure you, it was gorgeous.  I loathe watery coleslaw but the fresh, crisp veg were generously coated in a thick and creamy dressing which had been seasoned perfectly, putting it head and shoulders above the usual industry standard ‘slaw a lot of places slop out.  Another tick for the fact it was white cabbage and not red too.

The treacle tart’s pastry was deliciously buttery and crisp and the filling was gooey and luxurious.  I’m usually not a fan of icecream with warm desserts and vanilla is my least favourite flavour, but, this was honestly the best I’ve ever tasted.  It was silky and tasted like a really rich, vanilla infused custard. 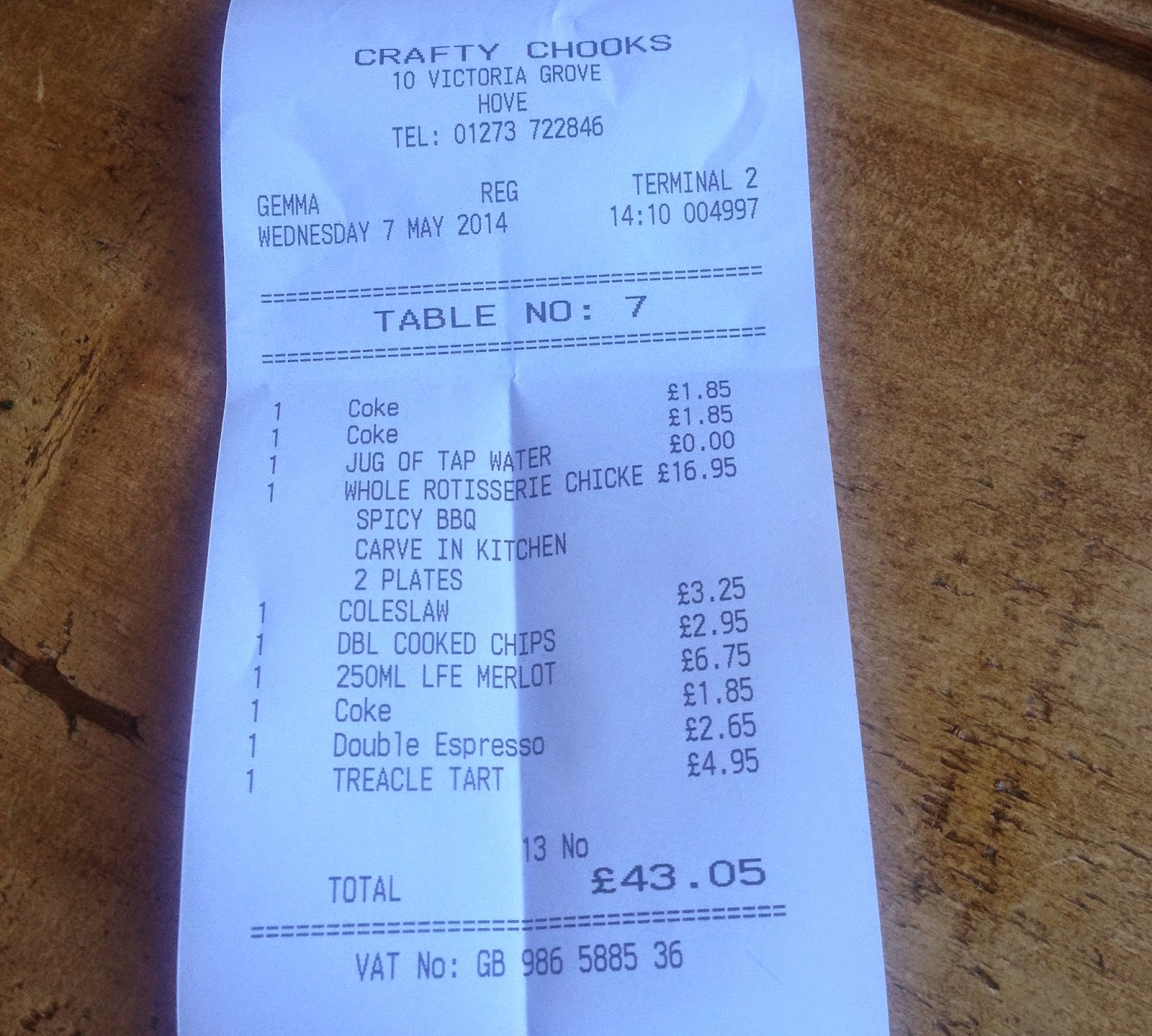 I thought just over £20 per head was incredibly reasonable for the quality and quantity of food and drink that we had.

The service was fantastic, the lady who looked after us was friendly, knowledgeable and chatty without being intrusive.

All in all I think they’ve got this place just right.  It’s ideal for families, groups of yummy Mummys, couples and large groups, the food is high quality and local, they’ve got an extensive alcohol selection, the interior is lovely and there’s just a really nice vibe to the place.

Their official launch was yesterday I believe but it’s been open a few weeks and from what I’ve heard business has already been booming, a friend of mine has tried to go there two weekends in a row and it’s been full both times! Booking in advance would probably be advisable if you’ve got your heart set on it.

So sack off the antibiotic-pumped chickens who died crying in a pile of their own faeces, do yourself a favour and head to Crafty Chooks- it’s lush.