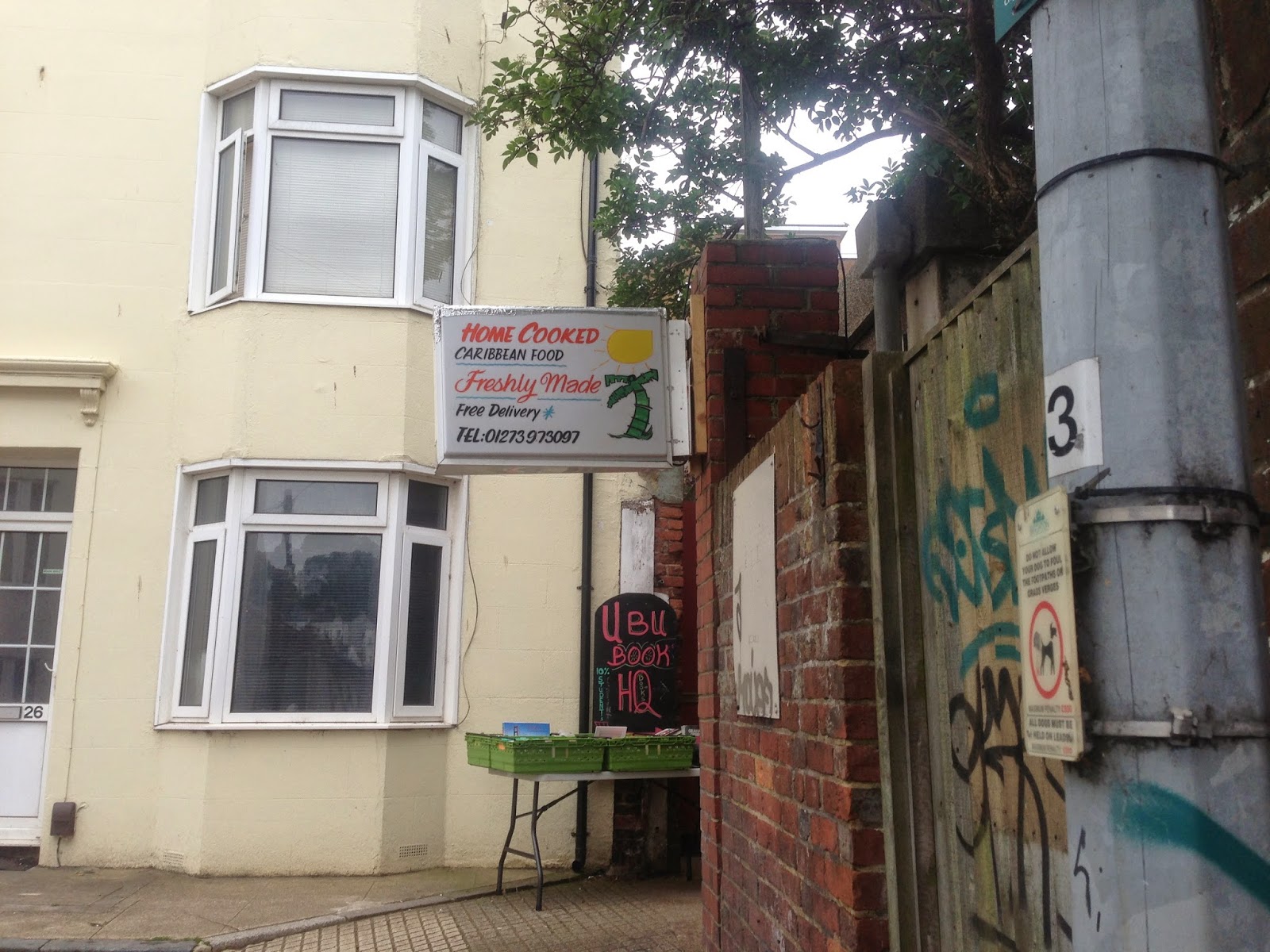 I’ve made my feelings pretty clear on the calibre of Caribbean food offerings in Brighton, other than Likkle Bikkle (find them at Grand Central pub and Street Diner) you really might as well save your money.  The Jamaica Inn at the Rosehill Tavern- Rank. Cummin’ up- I cannot.even. …

I love Caribbean food, jerk chicken, mutton curry, ackee and saltfish etc- So imagine my delight when I was told about Taste of the Tropics…

I’m not sure that the location could be any less tropical… down a side street on Lewes Road (my most hated part of Brighton), in what appears to be someone’s back yard is this makeshift… I’m not sure what to call it, restaurant/street food vendor/pop up?! Hmmmm, let me tell you more and then you can decide for yourselves. 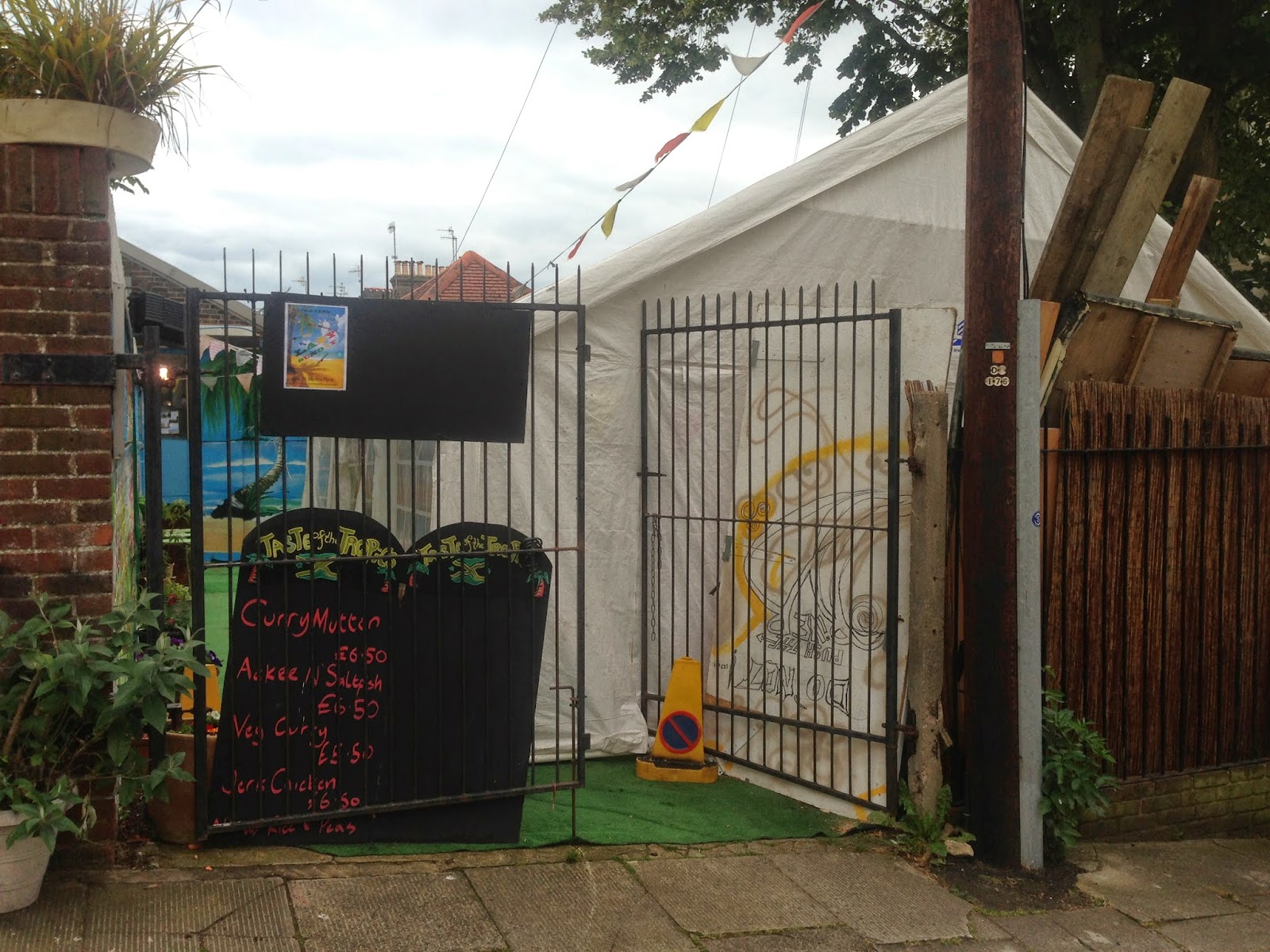 Not the greatest first impression, this place is well ramshackle, but pretty much what I’d expected.  I do think the grottiness would put some people off, and actually, if it weren’t for the fact I’ve promised myself to try a wider variety of places for my blog, I think I would have probably aborted the mission as soon as I heard the words ‘Lewes Road’- after a year of living in that shithole I’ll do pretty much anything to avoid visiting! 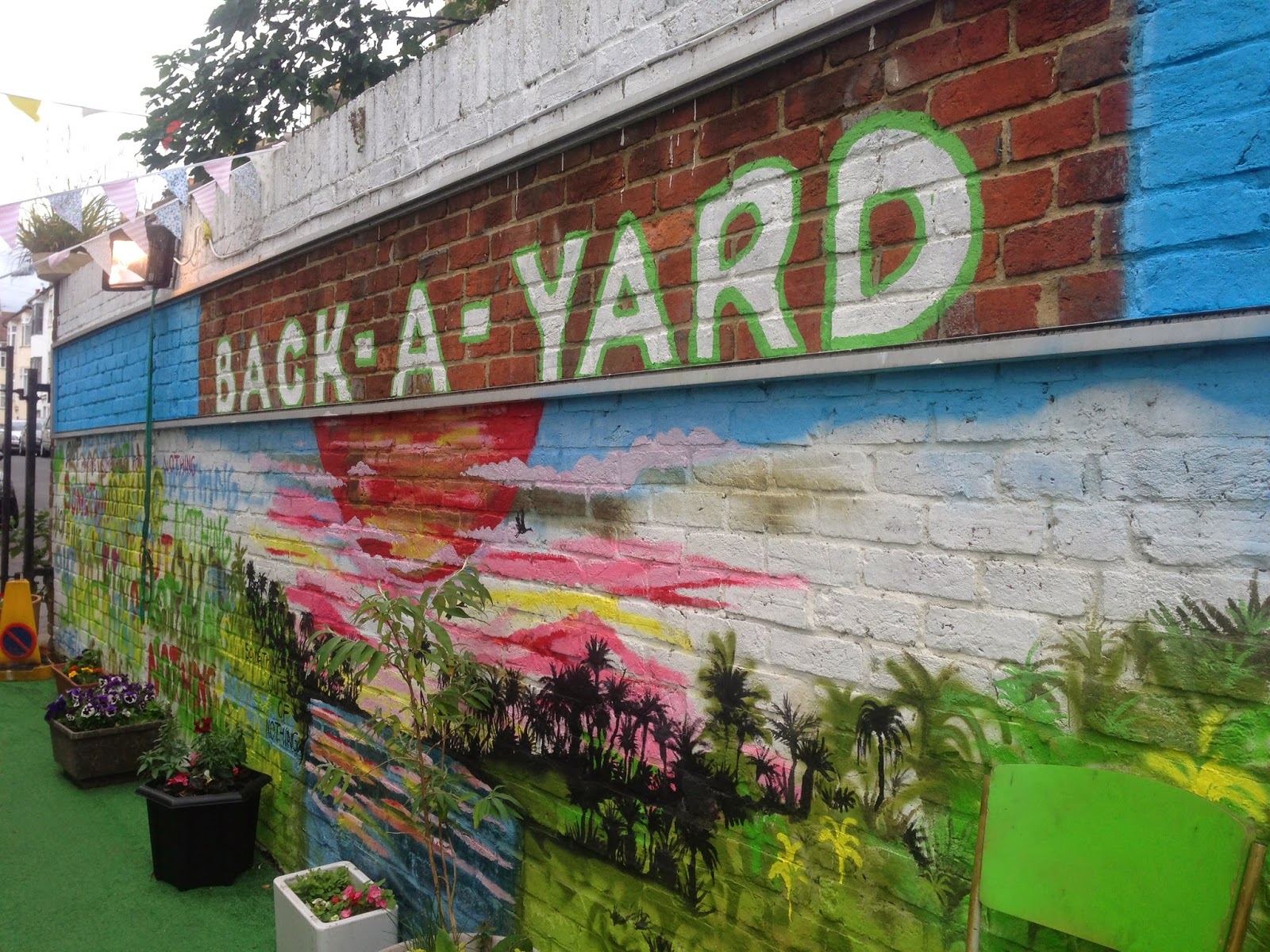 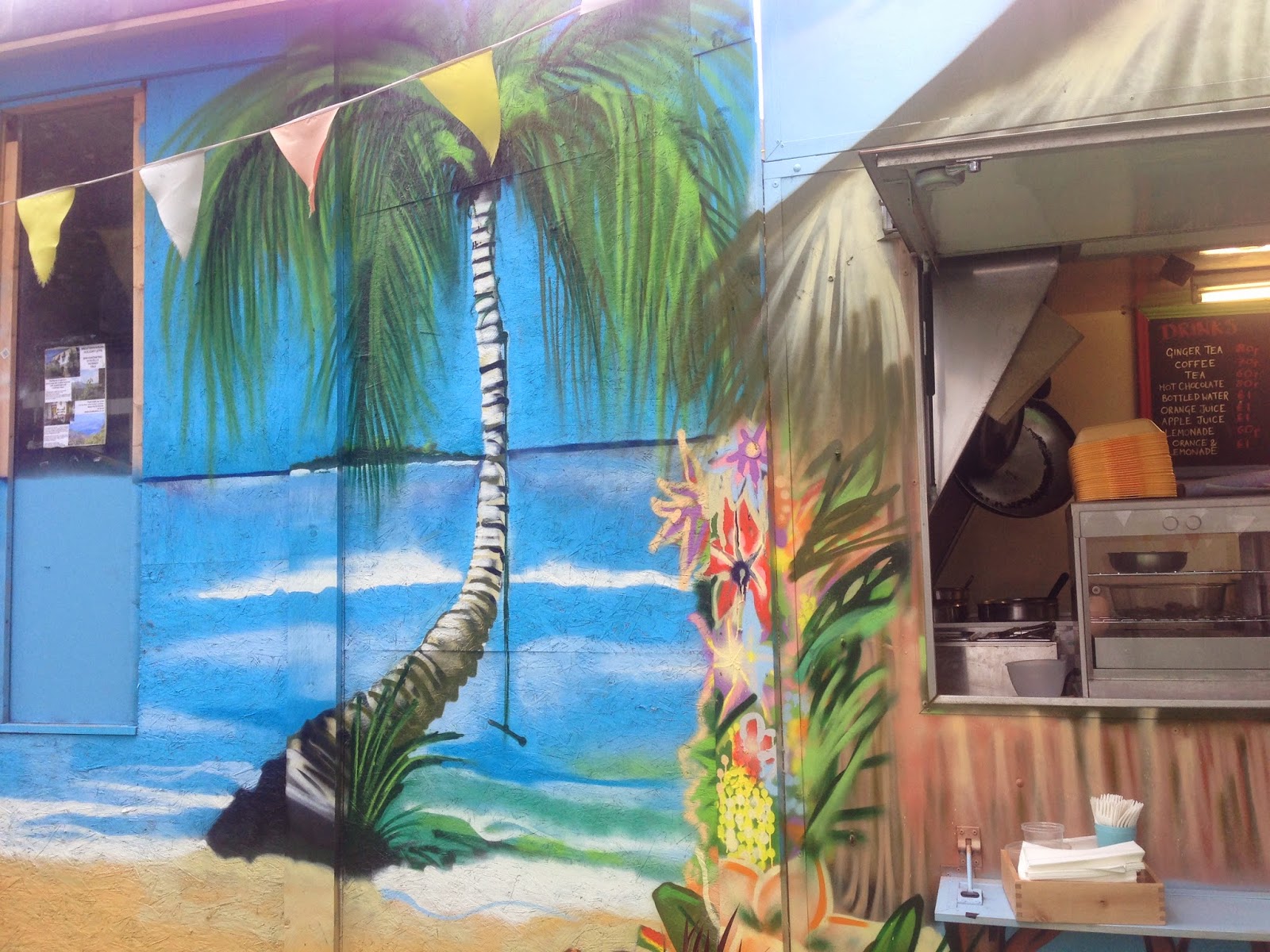 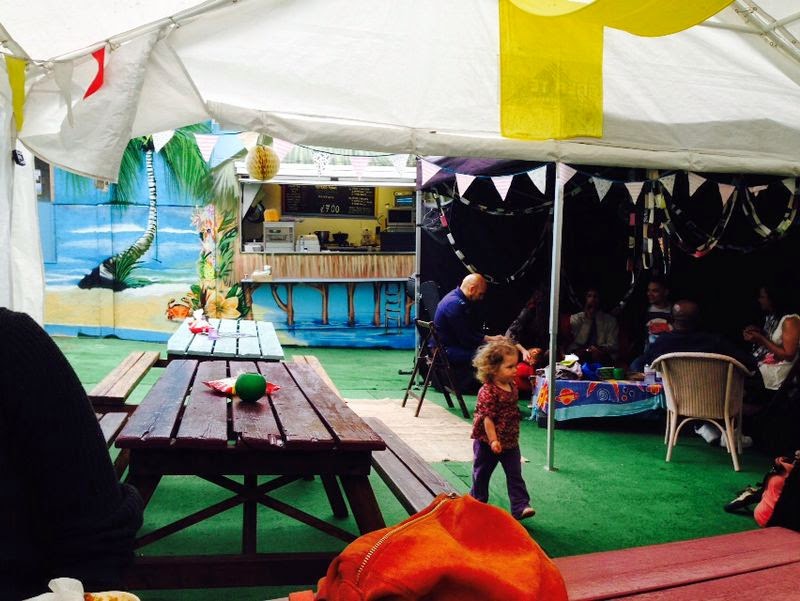 I think it’s unfortunate that the weather was bleak and grey, cos I can imagine that with the decor, live music and chilled out ambience- in the sunshine this place would have proper party vibes… if you like that sort of thing anyway.  It’s BYOB too so I think getting absolutely steaming would help as well. 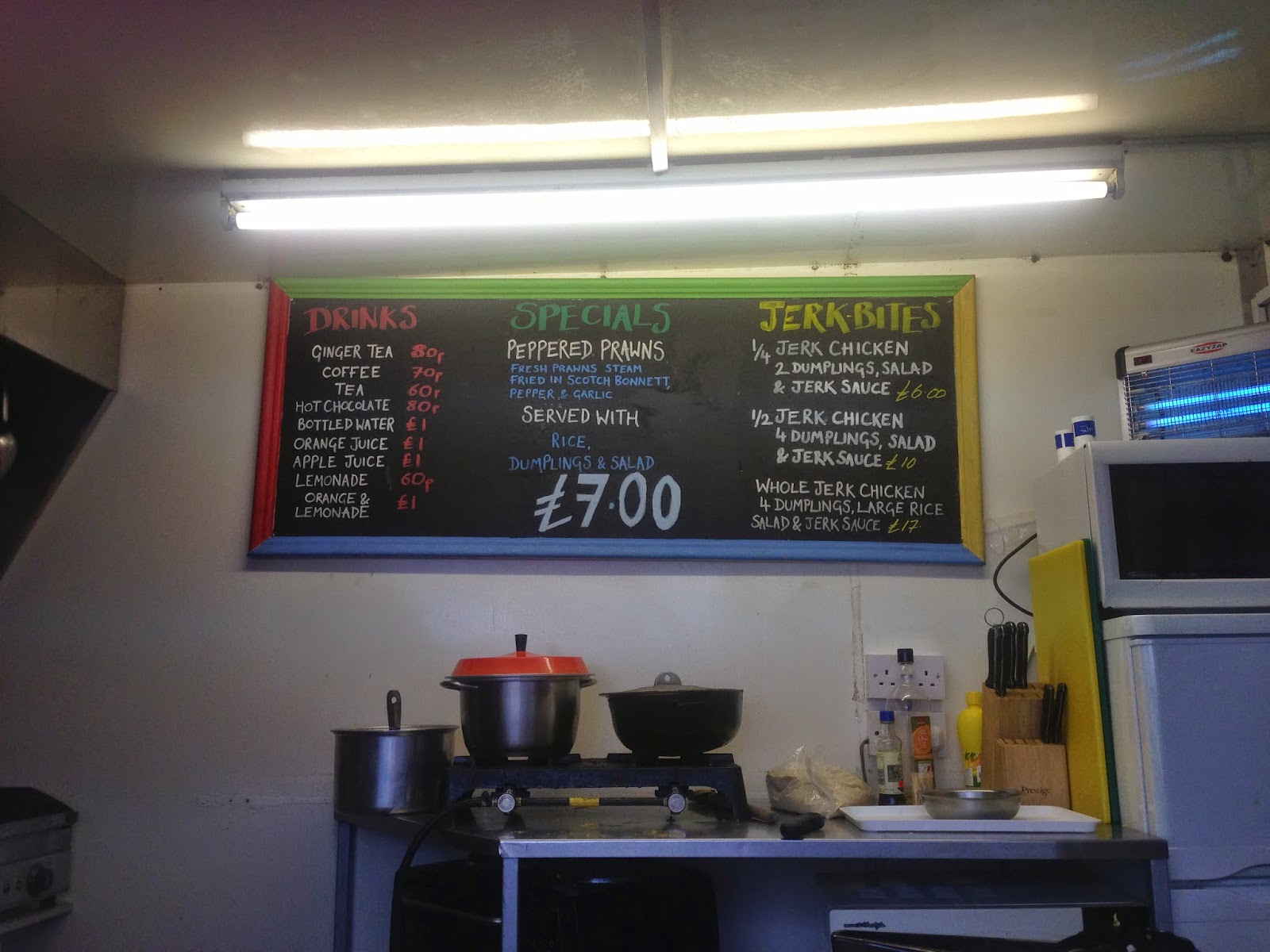 The lady serving us was an absolute delight.  She answered all of the questions we had about the menu, was incredibly friendly and very excited about the fact she was getting married in a few weeks time.

We also had a brief chat about social media- I said I thought that they should definitely be on Twitter, to help raise awareness.  She told me they’d discussed it, but that she and her hubby to be were ‘too old’ so just stuck to having a Facebook page.  I totally get that Twitter isn’t for everyone, but I think that they’re missing a trick here. 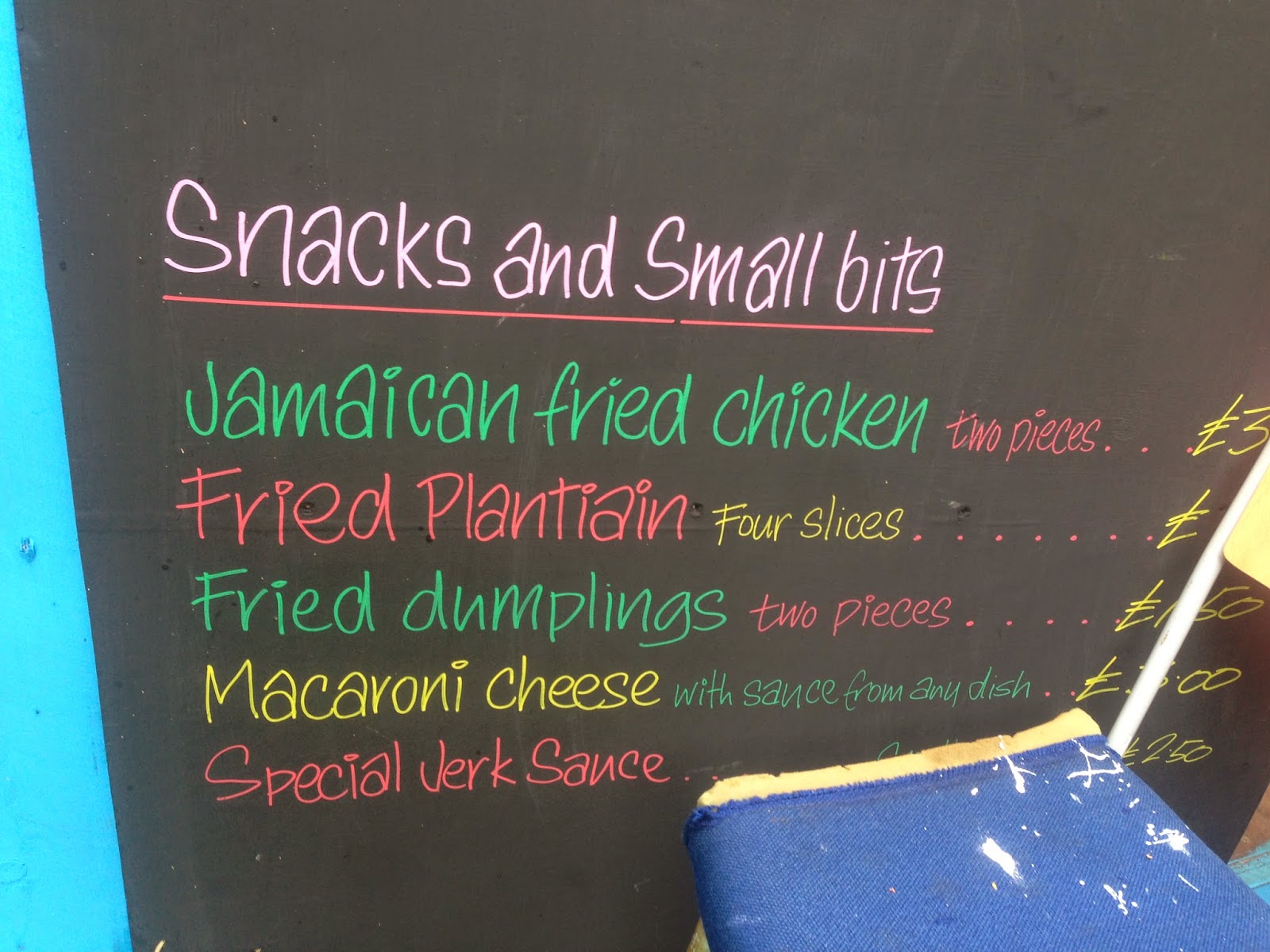 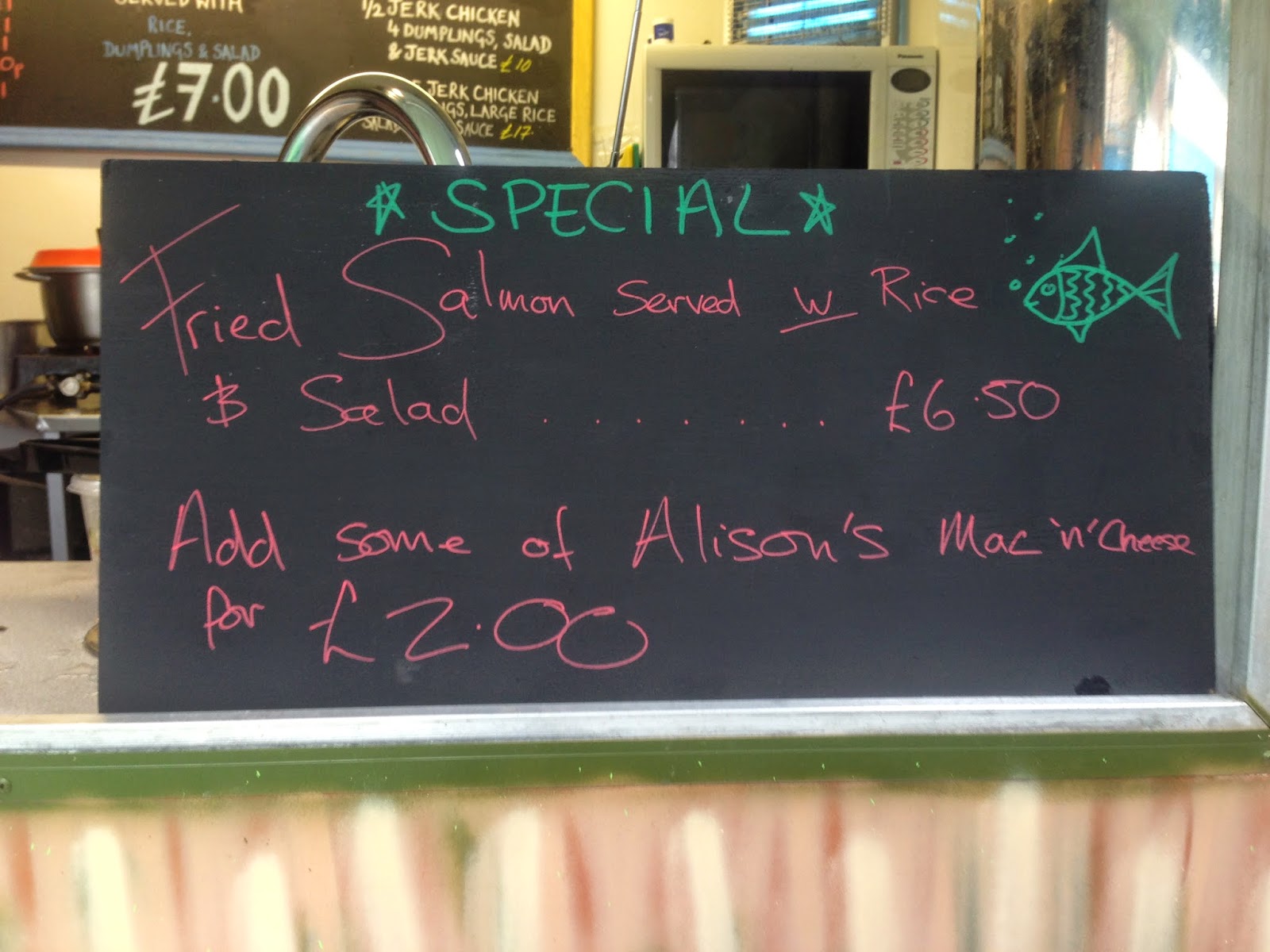 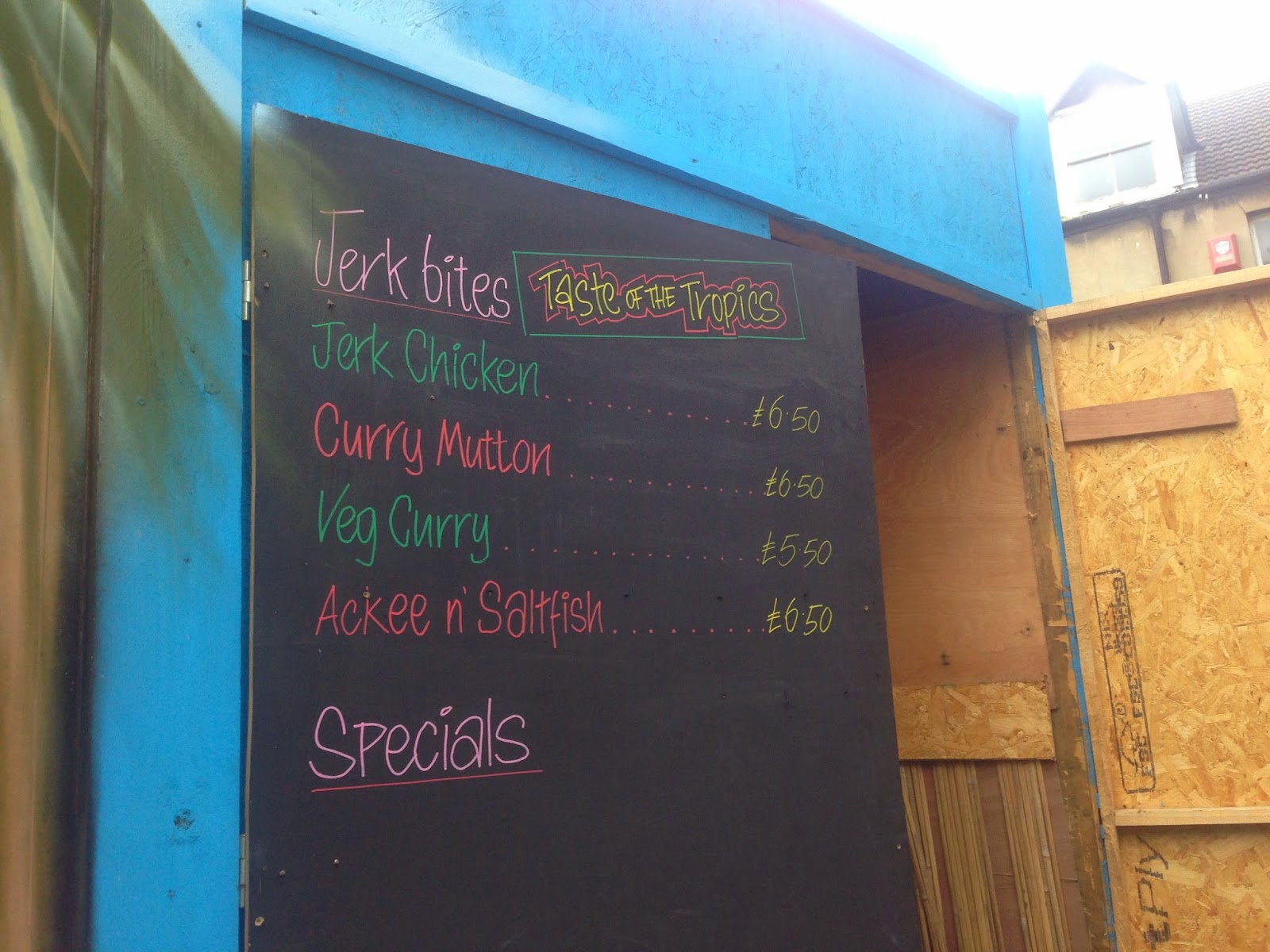 As you can see, it’s all fairly reasonably priced with a good variety- if you’re into this sort of food then you’re actually spoilt for choice.  Too much choice? Given the location, size of their catering unit and dearth of any promotion other than a hand painted sign and an unpopulated Facebook page- I’d say that their menu is a tad optimistic.

Mutton curry, veg curry, 3 slices of plaintain, 1 piece of Jamaican fried chicken, 2 dumplings, rice n’ peas and salad with a tub of jerk sauce. Ideal for those who want to try a bit of everything. 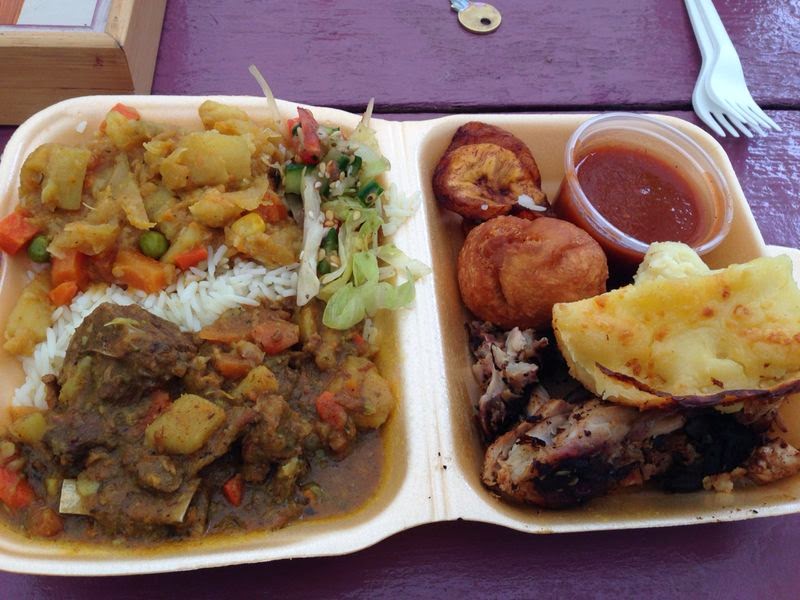 Let’s start with the positives: The chicken (I’m trying hard not to think about the fact it was almost definitely battery farmed) was well cooked and tasty.  The macaroni cheese, although a bit coagulated was lovely and the jerk sauce was an absolute triumph, some of the nicest I’ve had in fact.

The meh:  The dumpling tasted nice, lots smaller than any other I’ve had and the middle was a bit stiff, rather than fluffy as it should have been.  The plantain.. it looked like it had seen better days, it was shrivelled in a way that lead me to believe it had been hanging around a while, it tasted alright though.

The negatives: I’m totally down with meat on the bone, but when there’s more bone than meat, it is not cool.  I wasn’t mad about the mutton curry anyway, we both thought it was pretty bland, but the absolute star of the show in terms of lack of flavour was the veg curry.  It was absolutely abysmal, like someone had boiled up a load of diced veg and served them in the cooking water with a couple of teaspoons full of (cheap) curry powder. AVOID.  The rice was just plain, boiled basmati- no seasoning and certainly no ‘pea’. 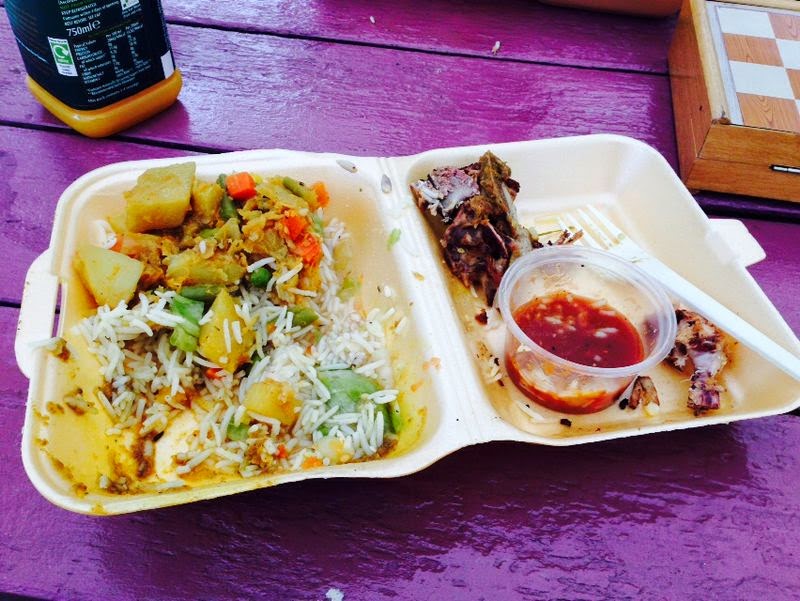 Those of you who know me will be more than aware of my almost unshakable ability/compulsion to clear my plate. It’s part greed, part ‘there’s children starving in Africa’ middle class guilt- either way, I actually couldn’t bring myself to finish it.  You can’t see it properly in the photo, but that abandoned veg curry and rice is actually sitting on a big pool of water- so gross.

Will I be returning? highly doubtful.  Would I recommend it? It’s definitely not for everyone, but I can imagine students and crusties absolutely loving this place.  It’ll also be a firm favourite with the ever present contingent of youts (and more embarrassingly, men & women in their twenties) who like to speak ‘Jamaican’ patois and pretend that they were raised in some ghetto part of London, rather than a leafy suburb in the home counties!

So in summary: If you do decide to visit: go in the sunshine, get pissed, have an open mind, ask for extra jerk sauce and do not order the veg curry!

Have you  been to Taste of the Tropics?  What did you think?  Is there anywhere else in Brighton serving good, Caribbean style food?  Tweet me or comment below x