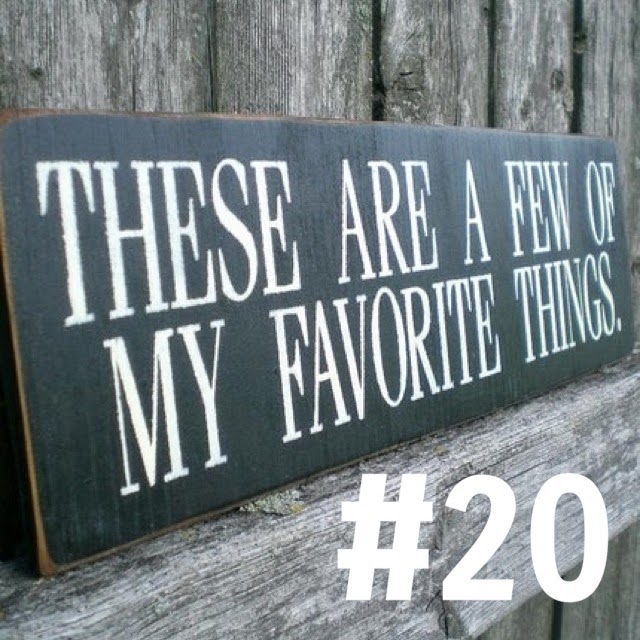 This week has been an absolute dream compared to the complete agg’ of last week. Gorgeous weather, no drama and karma dealt someone the hand they deserved, and I’m pretty sure, will continue to do so, slowly but surely.

I haven’t cooked a single thing this week, I haven’t had my daily smoothies and I definitely haven’t drunk enough water, next week will be different though. I had to get in a bikini yesterday and I’m looking to book a holiday in the next few weeks too, so a diet of pizza, booze, fried food and other delightful treats just isn’t conducive to getting my tummy out in public.  That said, I’ve already got plans to eat out at least four times this week so we’ll have to see if I can restrain myself a bit!

My blog is now a .co.uk, it feels like my baby’s all grown up.  I started it in 2012 as a way of documenting all of the deliciousness in my life and it’s kind of taken on a life of its own. I try not to obsess too much about the traffic and the amount of followers and stuff, but when I actually put my mind to something (this doesn’t happen often cos I can’t be arsed) I really want it to work, and succeed.  I get tweeted and messaged every day by people, mainly saying really lovely things, some being lairy and some suggesting new places for me to eat etc.  Recently, more and more people have suggested I start a YouTube channel! I have my suspicions that some of them just want to see if I have the balls to be as rude on camera as I can be on here sometimes, but whatevs, I’ve been mulling the idea over a bit, and I’m actually quite up for it. If I do then you lot will be the first to know, so watch this space….

I like most other iPhone users have a love/hate relationship with my phone.  I can go through a full battery at least three times a day, hell, it’s plugged in so much it may as well be a friggin’ landline.  I think every bar, restaurant, shop, public place etc should have easily accessible powerpoints- it should be a basic human right for iPhone users.

I used to work for a company (who shall remain nameless cos it was my second most hated job of all time) who manufactured portable chargers a bit like this and quite a few people I know have them too, so given that and the above it’s miraculous I didn’t cave and get one sooner.  It claims to give an iPhone two full charges- this is a gross exaggeration, but it will do at least one- 100% extra is not something I’m going to argue with!  It cost £20 but there are much bigger and more highly rated ones on Amazon, this was just a purchase of desperation on a short haul flight.

It’s actually getting a bit embarrassing how much love I show The New Club on my little corner of the internet, but seriously, in my experience, these guys can do no wrong.  I crossed this off my to-do list on Wednesday and wrote a full review as well.  Next up, their breakfast!

I need this in and around my mouth immediately.  I had a little google and found the actual recipe for it, complete with instructional video, so expect to see a recreation on here/Instagram/Twitter in the coming weeks.  Now to to track down some sushi-grade tuna…

I, like most girls I know, have a box (crate) crammed full of photos, cards, letters, mementos etc that I just can’t bear to part with.  I had a rapidly increasing pile to be transferred to it, so I decided to have bloody good sort out.

It took up most of Friday evening and the biggest win I had was finding an old school report.. Some personal highlights included: ‘Rosie operates on a short fuse and a sharp tongue’  ‘She is slowly learning what constitutes reasonable behaviour’ and ‘Her persistent relationship with tobacco’.  I’d like to say that nearly 20 years on I’ve remedied all of the above, but… Sorry Mum x

Kemp Town Carnival is one of my favourite Brighton events of the year.  If you can look past the insane overcrowding, the incessant drumming and the abundance of yoghurt weavers poncing about, it’s so much fun. It’s basically just an all day party with loads of stalls, music and street drinking.  Top tip: if you don’t want to piss everyone off- leave your push chair/pram at home- it’s deeply antisocial in crowds of this size, plus you’ll be dead by the end of the day from the daggers that everyone (and me) will be giving you.

I am a massive fan of (Can)Tina’s food.  I first sampled her wares at Street Diner and was so impressed I went to one of the supper clubs that she hosts in her gorgeous Regency home.  She was one of the first stalls I came to on my stroll through the carnival and my friend treated me to some of the ‘snacks’ above.  Fresh, clean tasting and so many different flavours that it didn’t even slightly matter that there was no meat!  FYI she does a meat and a fish course at her supper clubs, you should definitely check one out, they, and she, rock.

The Wooden Belly opposite the entrance to Queens Park is somewhere I drive past pretty much every day, but had never really considered.  It’s one of those places that has changed hands numerous times over the years, but when a friend of mine suggested it for breakfast when I was mingingly hungover I pretty much ran up the hill to get my grease fix.

It was a solid 7/10.  The service was pretty appalling, it took us nearly an hour to get our food, while tables who’d arrived after us were being served, this pushed me from rattled to off the scale ‘hangry’.  It immediately lost a mark for the lack of black pudding and the beans (which I had to pay extra for) had been boiled to a pulp.  It was definitely not a patch on my fave, Joe’s Cafe, but I certainly wouldn’t complain if I had to go there again.

Sunday Fundays are now a lot tamer than they once were, due to the fact I’m back working full time again (and the fact I was dying from Saturday night’s antics) but just as fun.  A stroll along the seafront to find a quiet spot on the beach where we installed ourselves with cans of coke, haribo, suntan lotion and magazines for most of the day. I know I bang on about it all the time, but I really do count living by the beach in my blessings every day.

What were your favourite things last week? What are your thoughts on me starting a YouTube channel? Tweet me or comment below. I’m always thrilled to hear from you x