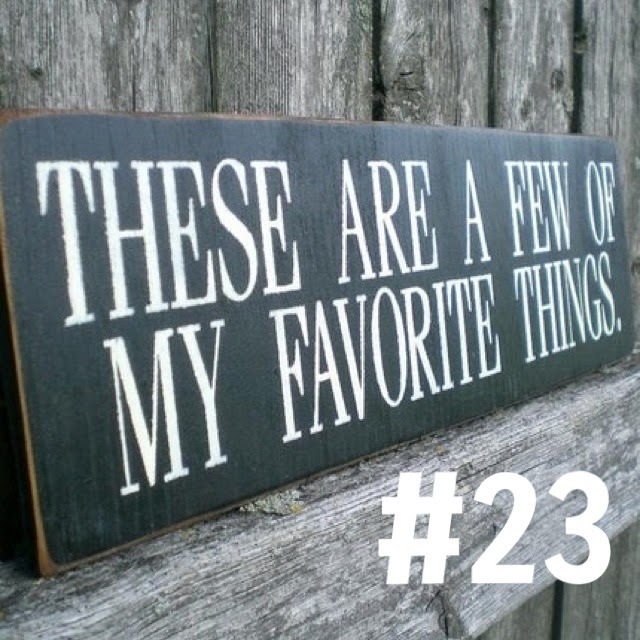 This week has been a bit… spontaneous.  It’s been a right laugh though, so much so that I was fast asleep by midnight yesterday and slept all the way through until nearly 11am. It was lush.

I’ve spent today cleaning and tidying my room, I’m now at the stage where there’s just annoying bits everywhere and I need to change my bedsheets, so obviously I’m procrastinating by writing this post and watching YouTube videos. I need to sort it out though as I’m due to meet people in town soon, and I’ve got a leaving party to go to as well.

I had a truly exceptional meal out in the latter part of this week, the review of which is the next on my ‘to write’ list.  Those of you who follow me on Instagram and Twitter will know where this is as I couldn’t help but post photos of the incredible food I was eating.  Keep posted for the full review, I’ve got some great photos and am really looking forward to telling you all about it!

I know this sounds a bit wanky, but something I’ve really enjoyed this week is laughing.  I’m lucky to be surrounded by people who are incredibly funny. My flatmate is hilarious, my colleagues are forever roaring with laughter, my Mum is an absolute joker and most of my friends can make me not breathe through laughing- only one has made me actually wet myself (TMI?) though.  To do this to someone else is actually one of my main goals in life… I’ll keep you updated on my progress.

Noone is more surprised about this than I am.  I kind of wish someone had filmed me assembling it, the rage and complete inability must have been quite something to behold.

It’s an ikea number,  the ‘laptop desk’. I visited a couple of weeks ago with my friend Susie, and yes, we did eat the meatballs, they were absolutely grim.  The desk cost £30 and has a metal frame and glass top, I bought it because of how slimline it is, my bedroom is already heaving as it is, but I’m pleased with it.  I really do have no idea what the 6 remaining screws I have left over are though…

NB It looks like I’ve done a really wack fake tan job on my feet, I can assure you I haven’t, I’m petrified of fake tan, that’s just the orangey brown, absolutely years of UV ray addition has given me.

This is the goooood shit.  Smoky, spicy and tangy, have it in bacon sandwiches, with pizza, meat or grilled on top of cheese on toast- get involved, you won’t regret it.

Ok, so swim might be slightly overstating the case… I got up to my waist and then bottled it.  It was just too murky and rank looking.  I have a bit of a germ phobia- one of my least favourite things are public swimming pools.  I’m really tempted to list all of the reasons why, but it grosses me out just think about it. Let’s just put it this way, I don’t want to go anywhere that I can catch a verruca from the floor. So yeah, one of my favourite things is the sea, but I think I’d just rather admire it from the safety of the beach.

This random, and quite frankly, chav looking pub on the hill in Patcham, serves a full, Thai menu, complete with a £5 per plate lunch menu during the week. The above cost me £6.50 (supplement for king prawns) and I thought it was excellent value for money.  The kitchen is run by Thai people and the food is definitely reflected by this. I really enjoyed it.

Another work time low calorie lunch brought to you by Rosie Posie’s Puddings & Pies…
I’m a big fan of the Coal Shed, I’ve still yet to find a better roast in Brighton and the meal I had there a couple of years ago was brilliant, in fact, I don’t really know anyone who’s got a bad word to say about the place really.  Every Tuesday they run a competition on Twitter where they ask a question about Brighton and then they pick a winner at random to win one of their gourmet sandwiches, and last week, I lucked out.  You can choose between pulled pork with hot sauce, red slaw and pickles. Bacon belly BLT or steak and onion rings- they’re all a fiver, which i think, given the size and the quality, is fantastic.

I went home from work that evening with the very best of intentions. Tidy my room, cook myself something healthy for supper and have an early night.  I’d had a heavy one the previous evening so had a nap when I got home and was woken up by my phone ringing and some very naughty people enticing me out for food and cocktails.  My request for a mojito was snubbed in favour of the above, MEGA strong Wray & Nephew cocktails which were engulfed in boozy flames before serving.  They were delicious, nowhere near as boozy as I’d thought they were going to be! The bar maid was hilarious too, you wouldn’t fuck with her.

I don’t really talk about my job on here as it feels like a part of my life that has nothing to do with my blog and I’ve always made a big effort to keep it all separate, with separate Twitter, Facebook and LinkedIn accounts for colleagues and work contacts.  I did however, mention on here a couple of months ago that I had a new role, and as part of it I attend a lot of events, almost always with some sort of food (of varying quality) but the dessert table above was easily the biggest win I’ve had so far.  It was at some hotel in the countryside, the random gorilla statue was on the way out- I love him.

I got given a pair of GHDs for Christmas a few years ago and when i switched them on a few months ago, they’d stopped working entirely.  I recruited a man to change the fuse, convinced it must be that, but they still wouldn’t turn on.  I didn’t have the receipt so I tweeted GHD throwing myself upon their mercy.  I was dealt with by a charming guy called Stephen Manning, who asked me to email him a photo of the product code and he’d see what he could do.  A couple of hours later he’d come back to me with a prepaid label telling me to send the faulty ones and GHD would send me a brand new set. Absolute legends.

I just stumbled upon this blog the other day and it’s an absolute beaut.  The photos are all beautiful and thought out in a way that my brain would never be creative enough to style.  It’s beauty, lifestyle and food- so all of my favourite things in one.  The yoghurt, amaretto and mint French toast has been firmly bookmarked, as is this amazing looking melon and avocado gazpacho. If you want to find out some more of my favourite bloggers they’re all linked up here.