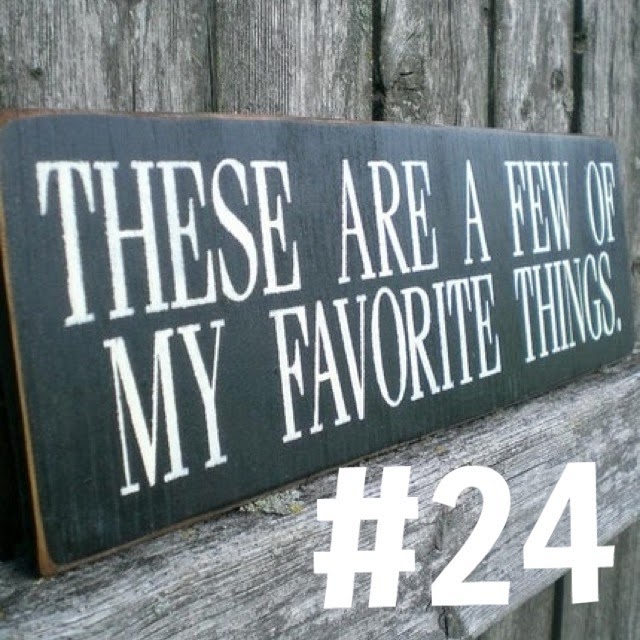 So this week, I was cajoled into playing rounders. I loathe playing sports, I hate anything I’m useless at and I am particularly useless at sport.  However, on a day in which I started in a shitty mood and was then forced to play rounders, I left work with an actual spring in my step and my previous annoyance forgotten. Everyone I work with seems to be ever so lovely, and there are definitely worse ways to spend a Friday afternoon than in the sun eating picnic food and having a laugh with your colleagues.

The rest of the week has been great too, I saw my Mum (more on that below) which is one of my favourite things ever, went for tapas with a friend I’d not seen for a while and spent lots of quality time with Jenna and the cats at Pussy Palace.  You’ll see from below that it’s been quite a week of excess in almost every sense- no booze though, I’ve been keeping it low key after a couple of heavy nights last week- plus the fact I’ve been spending all my cash on makeup!

I had a proper look at the in-depth analytics for my blog this week, I was amazed to see that 54% of the readers are men, which is great, cos I thought the introduction of more lifestyle stuff might put them off reading, but apparently not- big up boys. Soz in advance about the makeup-heavy nature of this post, bear with me though, you might even learn something or score some massive points with your girlfriends- buy them the palette, they will LOVE you!

… I accidentally tripped over and fell into Boots on North Street and then seemed to have some sort of out of body experience where I watched someone who looked like me take an armful of purchases up to my usual till (Estee Lauder, the lady is lovely) and nonchalantly enter my pin like it was nothing.

I went in for the nail file, I’d lost my previous one, and, I don’t want to be overly dramatic or anything, but I don’t think I can live without it.  It cost £15 but it has a lifetime guarantee as it’s meant to never go blunt (?). This is my fourth one and the fact it’s made of finely milled glass means it’s loads more gentle on your nails than an emery board. They also don’t cause the surface of the nail to split if you saw it back and forth. I just wish the lifetime guarantee covered loss and breakages…

The rest were just kind of impulse purchases. Standard soap & glory scrub, not too keen on the foot cream at all, it doesn’t seem to do much other than smell pretty- I’ll persevere for another week or so, then I’ll bring in the big guns (Scholl stuff) to get my feet holiday ready, five weeks to go, eeeek!

That hair stuff smell Uh-mazing, SO good.  Pricey, but does seem to hydrate my bleach frazzled hair.  I’ve entirely run out of shampoo and conditioner and I think that coconut oil shampoo I got on with well to start off with, has started building up in my hair and making it a bit lank.  I’d like to try the Bumble & Bumble Sunday shampoo but I think it’s too clarifying for hair as heavily coloured as mine, so I’m going to give the Grow Gorgeous 12 in 1 hair cleanser (it’s called something like that).  I’ve religiously used Redken for ten years now and I feel like a change.

The contouring kit I picked up after watching some youtube videos and deciding that I wanted to have a go at sculpting my round face into something more angular.  And that mascara? I know that some people would think it’s insane and frivolous to have a mascara that is purely for your bottom lashes, but seriously, it just works and has been a staple of mine for a couple of years- none of that awkward smudging, it’s a gem.

I’ve done a whole post on gazpacho which I’ll be putting up later today so I won’t say too much, but it really was one of my favourite things.  I had lots of different types of tomatoes that needed to be used up, and the flavour was amazingly intense.  The recipe came from a blog I read daily, by a lady called Lily Pebbles, it is so easy to make and no cooking, a true ‘one pot’ dish. Try it, and check out her blog too.

This is as filthy as it looks.  Four grilled Birds eye potato waffles, 4 rashers of back bacon, some slices of cheddar and maple syrup poured all over it. I can’t justify it, it’s disgracefully indulgent, but I urge you to try it next time you come home battered.

I know, I know, it’s getting embarrassing how many times I mention this place, but I keep coming across people who know nothing about it.  EVERYONE NEEDS TO KNOW, OK. You get the top right for a tenner (read my full review here) two for one on classic cocktails between 5:30 and 7:30- my Mum did an admirable job of not admonishing me for having three drinks on a weekend night, even having a good few glugs of Pimms herself. I loved it, she loved it and you will love it. Every Wednesday from 5, be there.

Is the publicising of my deep love for my hometown getting annoying?  Apologies if it is, but if you saw the area I lived in before, you would understand why I feel almost overcome with gratitude every time I drive down my extremely pretty road.  Love it.

I’ve got a bit of a history with going out on a Thursday night, it never really ends in a way that my Mother would be proud of and nothing kills your Friday feeling like being trapped in an office hanging out of your arse for seven hours… I digress.  I visited Agua Dulce on Thursday night and posted a full review yesterday as well.  I think the fact that it’s featuring again in my favourite things is a pretty clear indicator that I thoroughly enjoyed it- and, despite having a couple of drinks I was still home by 9:30pm and asleep by 12, an absolute record, especially for a Thursday.

Reason #457693 why I love living with Jenna, she brings me delicious carbs in bed x

I meant to try The beach BBQ at the Foodies Festival in May, but I think I was too full or too wasted to get round it and it was too close to the Breakfast club cart to have gained much of my attention anyway. But after seeing talk of a piggy bap on Twitter I hunted one down at Street Diner.  The meat was delicious, really flavourful, as were the side salads- sadly the same couldn’t be said for the buns, really budget and stiff, it fell apart in chunks.  I tweeted about it later on and they said that they are looking for an alternative supplier, I hope so, because it really was good other than that.

… and this is just the tip of the iceberg, I bought other stuff as well, but this is my favourite, it’s the stuff that girly dreams are made of. Made from actual cocoa powder these shadows smell and are amazing. My first high end palette, I’m so glad I waited for the right one because it’s luuuurve.

Re the other stuff, I thought I might do an entirely beauty related blog post, maybe* even a video of all the stuff I bought and what I think of it… I don’t know though.  I am being a massive pussy over the whole youtube thing at the moment, I need to get my arse in gear. I get a surprisingly large number of people messaging me about beauty products, it’s part of the reason I started incorporating make up and skincare bits into my blog. I’m definitely not any sort of technical expert, but I have been obsessed by makeup and skincare since secondary school and could bang on about it for hours. Hmmm, we’ll see, but I’ll let you know about the rest of the stuff, because one item is already a massive flop but I reckon there’s a couple of goodies in there worth sharing… watch this space.

*Shortly after, I actually did film this video, I’m not sure I’m going to be able to bring myself to post it, I know I won’t if I try to do some fancy editing etc- scrutinising it will make me not want to put it out there. So I might just have to upload it to my youtube channel, unedited and get it over and done with.  If it’s a flop then it’s only to do with beauty and I’ll just carry on with food stuff but at least know I tried.  I’d be gutted if the first thing I posted was food related and it got gunned, really really gutted so I think starting with this might be the best way to do it. We’ll see.

Meet my friend Francesca, star baker, feeder, beauty blogger and makeup artist extraordinaire. Not only did she patiently take me through the whole benefit range she then applied a full face of glowing makeup to my haggard and bare face and promptly booked me in at the brow bar to get my, quite frankly, shit, eyebrows sorted out- she gave me homemade brownies too.  Check out her blog, or go and buy some makeup from her in Debenhams, she’s a babe.