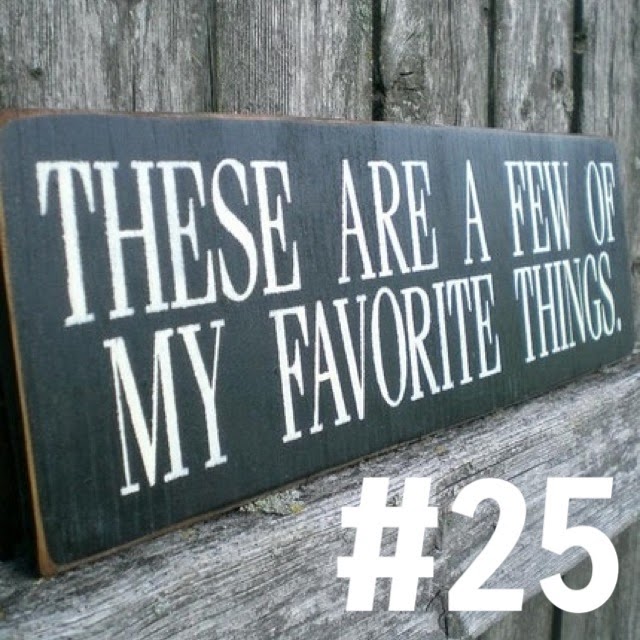 I can hardly believe this is #25 of this series of posts, one per week, since the beginning of the year, that means we are halfway through the year, or as someone pointed out to me, 165 days to Christmas (when this was posted)- eurgh, I love Christmas an alarming amount for someone my age, but let’s get summer out the way first, please.

I’m not gonna lie, this week hasn’t been the greatest, it’s ranged from stressful to meh, with a few nice bits thrown in. Obviously I can’t, and wouldn’t, complain too much, I’ve got a job, a lovely flat and friends and family, but I am in a baaaad mood, one which buying makeup couldn’t even shift. I’m going to spend Sunday eating my feelings which will hopefully do the trick.

I’m currently lying in bed, typing this, wearing pyjamas, eating a McFlurry, cat on lap with Coronation Street playing in the background.. form an orderly queue boys, this here is marriage material.

I’ve only cooked properly once this week, not even lunches have been homemade, I need to sort it out, I’m a pathetic excuse for a blogger right now. This explains the lack of foodie ‘favourites’ this week. I’ve also not been out for supper once which is really unusual for me- I plan to make up for it over the next couple of weeks though. This one is quite makeup and product heavy (sorry boys), like I said, food hasn’t really been on the agenda this week, nothing worth putting on here anyway.

‘scuse the toilet mirror selfie, I KNOW I gun people on Twitter who do this, but this snap wasn’t based on vanity, it was because I caught sight of my well documented ‘bitchy resting face‘ in the mirror and it made me laugh cos this expression is exactly why half the world thinks I’m pissed off with them, I mean, look at it.  Rocco is the feline equivalent.

I’m sure this is some weird, extreme, beauty product, narcolepsy like condition.  I went on a bit of an on and offline spree… and there’s something else, I made a video about some of them and actually put it on YouTube.  I did it about a week ago and have been too shit scared to publicise it. Why? Cos I did it on a whim, as ‘practice’, I just filmed it on my MacBook, not even my camera and the quality and lighting aren’t the greatest, but I’ve shown it to a few people, one being one of my all time favourite beauty blogger/YouTuber Alice, and they all said go for it. One thing that particularly resonated with me that someone, said was: ‘if you start today you will thank yourself in a year’s time’, I know you’ll be reading so thank you for that lovely Vicki x

It’s unpolished, totally unedited and I have got a lot to learn, but fuck it, at least if people hate it, it’s nothing to do with my food. If it goes well food videos will definitely be making an appearance as will more beauty and lifestyle bits too. Let me know what you think of it, below, or via social media (links are all in the side panel on your right). I honestly think doing this is one of the most nerve wracking things I’ve ever done.

These were just a ridiculous indulgence, but I was in a foul mood (yes another) the other day, and stropped down to Asda in my lunch break, where I discovered they sell these for cheaper than in Boots and Superdrug, so I didn’t think twice about snapping them up.

The Glow tonic is an acidic toner, a gentle chemical exfoliant.  Skin care guru, Caroline Hirons LOVES this stuff and was the one who turned me on to it after I read an article about it on her blog and I haven’t looked back since. I ran out of my last bottle of this a month ago, and have really noticed a difference in my skin, it just looks… duller, despite my tan.

I use this before a hydrating facial spray, serum and moisturiser.  It’s gentle enough to use daily too.  The only thing is that it’s only available online or in their London store.  It’s £16 plus P&P.

… and to be honest, it doesn’t even really qualify as that.  I baked the prawns in the oven along with the shop bought, leek & wensleydale stuffed, portobello mushrooms, peppery leaves salad with Newmans honey and mustard dressing.  Delicious, but must do better.

I do like the World Cup, and of all the sports previous boyfriends have inflicted on me, football is my favourite. But the main reason I give a shit about the final, is because I’ve got Argentina in the office sweepstake, and I WANT that money- £32 will be a nice meal out somewhere. I’ve got Bistro Nantis, Azaro and The Creperie all burning holes in the top of my to-do list, and if I win, I’ll be using the proceeds to dine out in style at one of them.

It’s ridiculous that I bought that smoothie really, I had all the ingredients at home to make one myself, and plenty of time, but I opted to stay in bed watching YouTube videos until I had to rush around like a madwoman, trying  to pack and get my arse out the door.

The sushi was some of the nicest shop bought I’ve had (M&S) although I was disappointed the two central ones were red pepper and not tuna as I’d thought at first glance.  It was pretty expensive £7.02 (the M&S just foods have weird inflated prices) but it was really good- I couldn’t get into the wasabi though, my nails weren’t touch dry and I have a phobia of chipping my teeth so had to go with out, I was a bit gutted.

That Essie nail polish is called ‘Too too hot’ and is the most gorgeous cherry red/coral colour. But, and it’s a pretty big but… I don’t know what they’ve done to the formula of this one, but it chipped within hours, despite having been covered in a good layer of my absolute fave, seche vite top coat. I love it, but I’ve tried three times with it and it did it each one. Does anyone else find this with certain Essie shades?

So the reason for the train snap is because I was en route to London for a bloggers event trialling the latest Nu Skin products.  I’m going to do a separate blog post all about my time at the event as well as the fab products we trialled and the incredibly generous goodie bag they gave us to take home and try.  I’m going to use them for a couple of weeks to trial them properly and I’ll report back, who knows, maybe I’ll even do a YouTube video on it..

While I was there they also did an amazing 5 minute spa treatment, with the Nu Skin Galvanic spa system, and the results were REMARKABLE. I know all of the other people who trialled it were amazed too. I am absolutely kicking myself for not getting a before and after photo so you could see how impressive it was.  You can check them out on Twitter and Facebook too.

I used to work at Brighton Sea Life centre, it was the best job I’ve ever had, and probably will ever have- if the pay hadn’t been so shit I would still be there now, loving it up. My favourite thing to do when I was having a shitty day, was going and sitting in the underwater tunnel and just look at all of the sharks swimming around, listen to the twinkly music and forget about everything else.  This looks almost as good, I mean, imagine how chilled that would be on a summer’s evening with some drinks and music- hell yes.  When I have a mansion, with my own lake, this will definitely be happening.

Sorry if I seem a bit flat in this, but I promised myself I’d do this post weekly and I also promised myself that I would never bullshit in this blog either, silence is better than bullshit, and this wouldn’t be much of a blog if I remained silent! I just sat down in front of my computer and this is what came out.  Bugger that reminds me, I have to take my computer in for a week to the Apple store, I’ll try to post during my lunch break if I can though, as I’ve been slack this week.  I feel sick at the thought of evenings without it though.