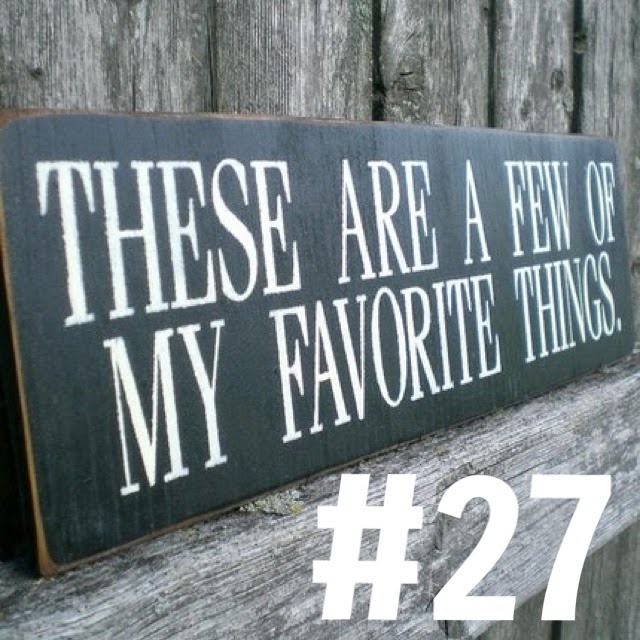 I’m actually pretty surprised how food-orientated this week’s favourite things are, especially given how I’ve felt like I’ve been a bit ‘off’ food this week- but scrolling back through my phone, the photographic evidence tells a different story.

Despite the fact it’s nearly 28 degrees outside, I’m indoors with a level 3 hangover. There’s been no puking or anything grim like that, but I went out, had a massage, went to Street Diner and ate a lot of pork, washed down with three fizzy drinks (don’t judge me) before wobbling home to lie down again. So here I am, in my room halfway down my bed at a weird angle, trying to lie in the through breeze. Really I should go and jump in the sea, but I feel far too fragile.  I went to great lengths to find a fan today, but the whole of Brighton has sold out, it’s a nightmare, I just want to be all cool and breezy.

I had a four day week this week which was lovely and meant that I got to spend some quality time with my old dear (more on that below), which at the moment is very much needed. As weeks go, this one has been a bit of a ballache and has left me feeling drained, so obviously I went out and did the sensible thing of getting drunk last night. Oh well. 2.5 weeks until my holiday!

My Mum doesn’t fuck about when it comes to BBQs.  She spent most of our childhood trying to swerve having one, but when she moved to the countryside, her boyfriend went all out and dug her an f’ing great fire pit.  We have a few every summer and I love them.  This one was in honour of the fact that Paul’s daughter is going away travelling for 4 months, so we all got together early evening for some food and a catch up.

That burger is venison, pheasant and apricot, and yes that’s plastic cheese- I loooooove it.

I kinda have two home towns, I was born in Brighton but my parents moved to Arundel (to the flat above the the shop on the top right) almost immediately after I was born, and I lived there for a further 25 years, before moving back to Brighton.  If home is where the heart is then I definitely have two homes, my Mum still lives close by and I’m still in touch with some people there.  I’m actually starting to find Brighton too small, but Arundel is something else. Even now, going to the shop to get a pint of milk for my Mum is like running a memory lane-style gauntlet, packed with people I know but haven’t seen for years.  I like to save that sort of stuff for when I am full of festive spirit(s) on Christmas Eve.

That all makes it sound really negative, I don’t mean for it to, it was a great place to grow up, especially once some of my mates and I passed our driving tests.  It’s a really safe place to be, it is absolutely beautiful, spotlessly clean and I have memories of almost every single place in the town, good ones.  I’m not sure I could face going back there to raise a kid, but I can see that it is a brilliant place to do so.

I know I said beer was my favourite thing last week, so am aware I may be coming across as a bit of a lush… but seriously, this, on a sunny evening, sitting outside the New Club, was absolute heaven.  I was feeling ‘off food’ that night, but after a pint and some serious cajoling from my friend I shared one of the amazing chicken platters as well as mac & cheese and popcorn. So good, I know I keep saying it, but go. The lovely waitress in there told me that she’d had someone in the previous week who’d come in after reading my review, loved it, and left her a £20 tip- whoever you are, if you’re reading, this made me happy, so thank you for mentioning that you heard about it through me.

LOL at the guy in the background too, it was a group of four blokes, and not one of them said a word to each other throughout the whole meal, so odd.

The other night I got absorbed in something and before I knew it, it was 10:30pm and I’d not eaten.  I raided the fridge and this was what I came up with- kinda guacamole and pan fried halloumi.  This was organic co-op stuff and particularly squeaky, I dressed it in extra virgin olive oil and chilli flakes.

I saw this on Instagram and it’s made me actually LOL almost every time I’ve looked at it. I WISH I had called one of my cats Umberto, brilliant.

My car was due for its MOT on Friday, I take it to the same place I’ve been going to for about 10 years in Littlehampton and it’s become a kind of tradition that I take a day’s leave from work, meet my Mum at the garage and then go and spend the day with her whilst keeping everything crossed that it’s not going to cost me an arm and a leg.

We went for a swim at Clymping beach, and lay there for a couple of hours in the sun before heading back to Littlehampton to East Beach cafe on the seafront.  It’s a great location and has a fairly nice interior, but I personally think it’s got ideas above it’s station for what it is.  Those mussels were good, don’t get me wrong- fresh, plump and the sauce was delicious. But £15 for that, with no bread or chips or anything, was, in my opinion, a bit of a piss take.  It was teeming with screaming kids as well. Still, we had a lovely time, and just as we were about to leave my Mum’s boyfriend and his business partner turned up unexpectedly which was nice. Afterwards we had an ice lolly on the seafront, where, after having spent 2 hours with my straps down to avoid tan lines, I forgot to do the same and after only 15 mins in the beating sun, a bastard strap mark had appeared. Fuming.

I had another one of my beauty product buying ‘funny turns this week.  I know I only got the chocolate palette recently, but just look at how beautiful this one is.  I love ALL Stila makeup, so much so I thought I might do a blog post on all the pieces I have, I’ve got everything but mascaras and foundation.  The smudge sticks have been a daily use product for me for years, when i went in to buy another this week, I noticed they included one with the palette I’d had my eye on for ages, so it seemed like an absolute no brainer to snap it up for an additional £12.  I’ll report back on the rest, they were just dirt cheap in the sale section of the Stila website so I was powerless to resist. Always worth keeping an eye on actually, I got a five pack of smudge sticks (£13 each) for £6.75 in January.

That top coat I rave about to anyone who’ll listen, Seche Vite.  It definitely has it’s negative points: it goes gloopy quickly, the ingredients list is basically poison and it can cause lifting of the nail polish from the bed as well.  But it’s not all doom and gloom, it has the most gloriously shiny formula, looks like it’s gel, it makes my nail polish last at least two days longer and they’ll also be touch dry after a few minutes- magic. Save yourself a few quid and get it on Amazon, it’s around a fiver rather than £9 in Boots, same with OPI Nail Envy actually, that’s £18.50 in Boots. Always, always shop around for deals, think of the extra stuff you can buy with the money you save!

I bought those tomatoes from Tesco during some hungover rampage or another and forgot all about them until I was deciding what to eat for supper on Tuesday, I mixed them with ‘sunbeam’ tomatoes and made a kind of pesto, with basil, garlic, white wine vinegar and EV olive oil in my Breville active blend and it was gorgeous.  The potatoes were Cornish jersey royals with lemon butter, which I blasted in the microwave before finishing off in a hot oven with lots of salt and pepper.

I got the trout from Morrissons, it was nice and imple, perfect with the makeshift pesto and a perfect meal for a swelteringly hot evening.

So you may have seen me tweeting about this fab new pop-up bar company. It’s the brainchild of two friends of mine, who’ve put their collective experience and genius together to form Prop. a pop-up events company, which provides bar hire, consultancy and training in all areas of hospitality.  I attended an event they were at on Friday evening and I’m going to post a review on it later in the week, so keep a look out for it, and them, as I suspect they’re going to be ‘popping up’ a lot more in the not too distant future.  You can follow them on Twitter or like their page on Facebook to find out more about their upcoming events and other services offered.

Everyone knows how I feel about Street Diner, I love everything about it, the traders, the owners, the food and the atmosphere there on a sunny day.  I popped in to the Hove one on Wednesday and grabbed a lunchbox from the lovely Oz at Sultans Delights and today, in an attempt to suffocate my hangover with food I ate a Venezuelan lunch box from Toston Tolon, as well as a jumbo local sausage with pork scratchings, red onion and crispy bacon, from ‘Nice bangers‘, both absolutely gorgeous. 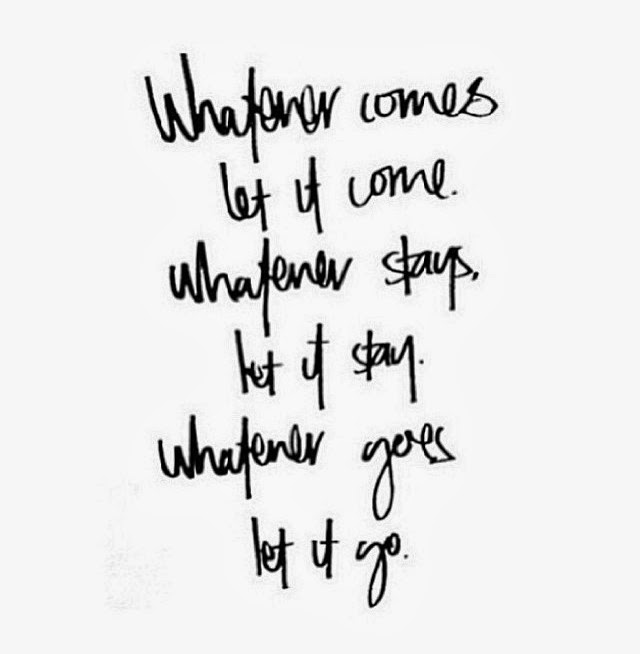 I was having a look through my blog archive the other day and read my ‘festive season’ post and I’d put this picture at the bottom, after seeing it on Instagram on new year’s day. I’m not really into motivational quotes, they cringe me out, but I think this one is perfect.

I’ve got a review of Sugardough bakery as well as a roundup of the best places to ‘do lunch’ in Brighton. I’m also going our for supper with my pal Fran from the Graphic Foodie site , somewhere neither of us have been before, so I’m looking forward to trying and reporting back on it.