Bistro Nantais can be found in the site where former Brighton institution Harry’s restaurant used to be, opposite the flower stand near Palmeira Square.  I’d driven past a few times, but having heard absolutely zero about it through social media and other blogs, it wasn’t somewhere that was really on my radar at all.

A few months ago my ‘to eat at’ list was looking a bit anorexic, so I put a shoutout on Twitter and the lovely Soraya from online boutique; The Powder Rooms suggested this place.  I’d already drooled over photos she’d put on Instagram of amazing looking giant prawns so it was swiftly added to a priority position on my list.  My pal and fellow blogger Fran was also keen to try it so we decided to go together.

I love French food, I was gutted not to have visited L’eglise, another French restaurant in Hove, before it closed, I heard nothing but good things about it and their Twitter feed was absolutely mouth-watering, but the owners shut up shop and moved to France before I could give it a whirl. 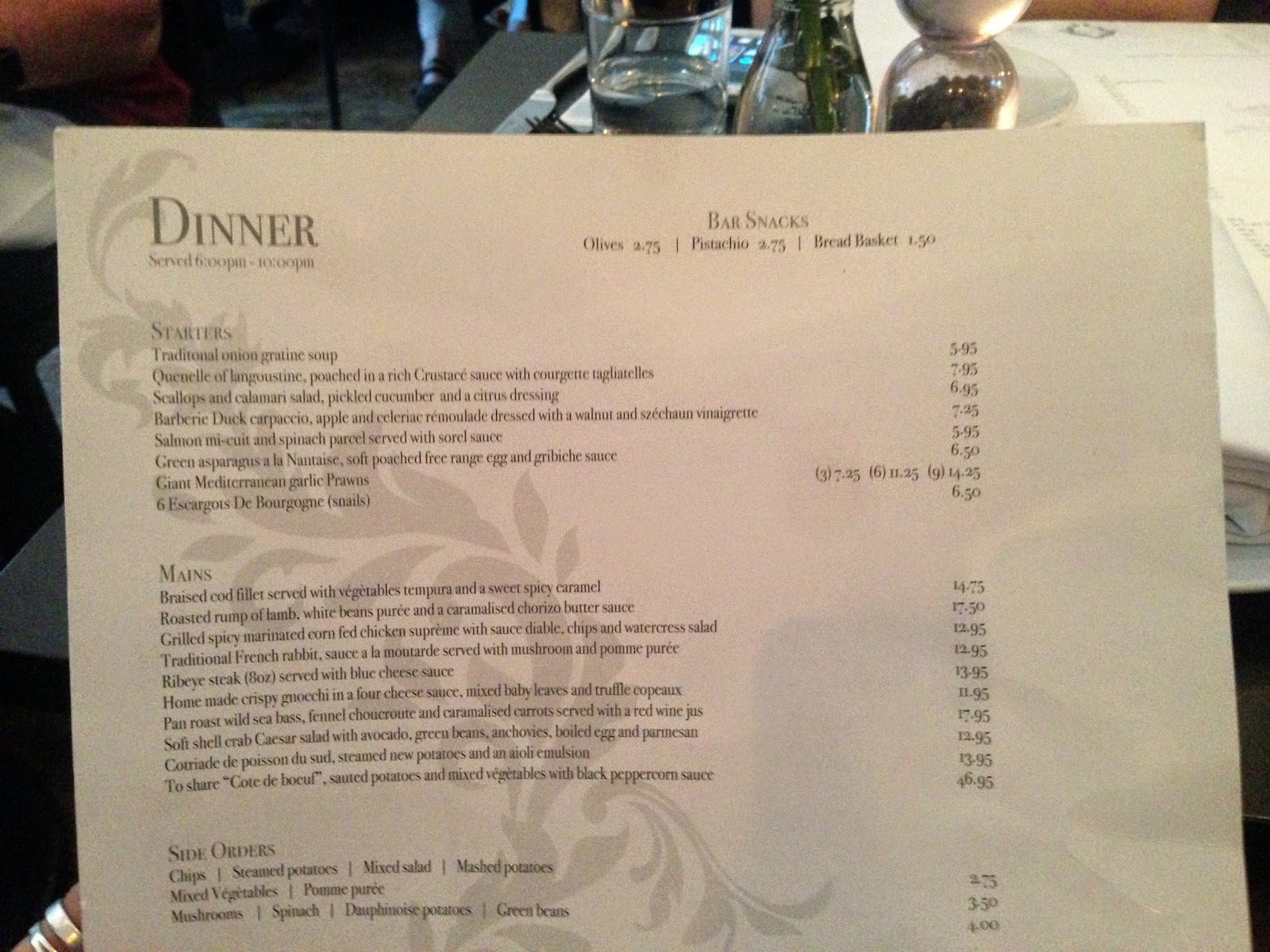 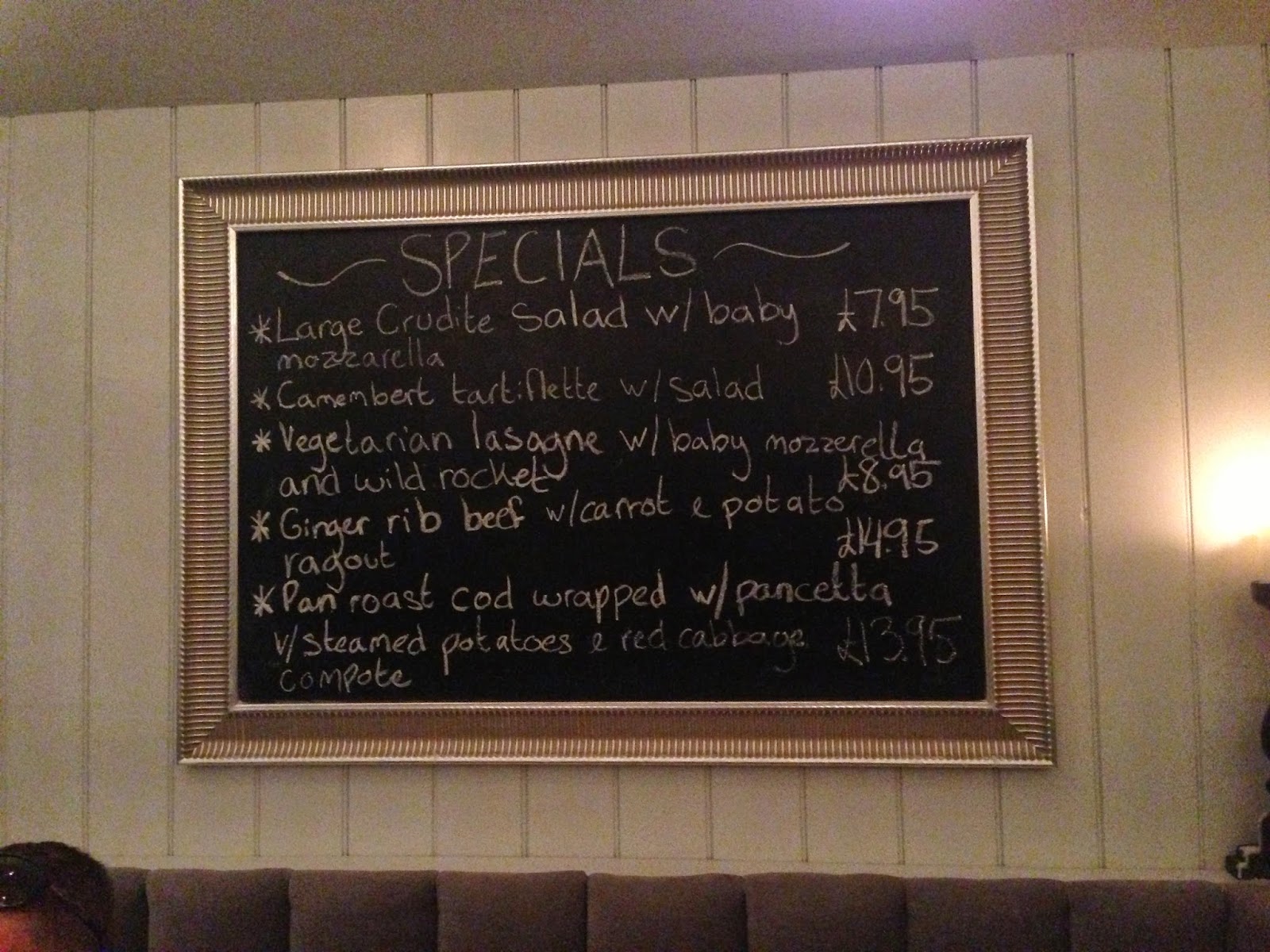 I tried to have a peruse of the menu on their website but it wasn’t working so I tweeted them and they replied immediately with a photo of it.  I could’ve happily eaten anything from the starters and mains menu, but that specials board left me cold… stone cold. I gather it changes frequently though so I may have just visited on an off day.

This was Fran’s so I won’t bang on too much cos she’s going to write her own review, but oh.my.god. this is one of the nicest things I’ve tasted in a while.  The quenelle was light and fluffy and the sauce was like the most buttery and delicious lobster bisque type thing. I would definitely recommend this to any shellfish lovers.

Look at that for a portion size! I thought I’d accidentally ordered a main course size, but nope, this was the starter size- such good value for money.  The meat melted in the mouth, and although it was the same consistency as beef carpaccio, it tasted very ducky (a technical term) and was complimented perfectly by the crunchy walnut pieces and lardons.  The apple and celeriac was delicious and reminded me of a ‘posh’ coleslaw my Mum used to make when I was younger. Highly recommended.

This was the only slightly disappointing thing about the meal, with just a couple of tweaks this could be as special as I’d anticipated..

What was right with it: The anchovies were the fresh and white variety, I love the other kind too but these are definitely my preference.  The green beans were perfectly al dente and the softshell crab had the perfect amount of deliciously salty and crisp batter, while it’s innards were delicate and steamy- a really good size too I thought.

What was wrong with it: They’d forgotten to dress my salad, no biggie, they brought me out a ramekin immediately, it tasted lovely, but was a lot runnier than you’d expect a creamy dressing to be.  They forgot to put avocado on it (I only remembered it was meant to have it when I was writing the descriptor for this post). But what really, really irked me was that egg. bleurgh.  Grey eggs are an absolute hatred of mine, plus the fact that the man at the next table had ordered a starter that had a perfectly poached, runny egg perched on top of it.  Had I have had one of those it’d have made all the difference, but as it was I had to restrain myself from leaning over and swiping his while he wasn’t looking!  The croutons were revolting, they’d either been cooked in oil that wasn’t hot enough or left sitting around in oil until they were lukewarm- or both, me no likey. 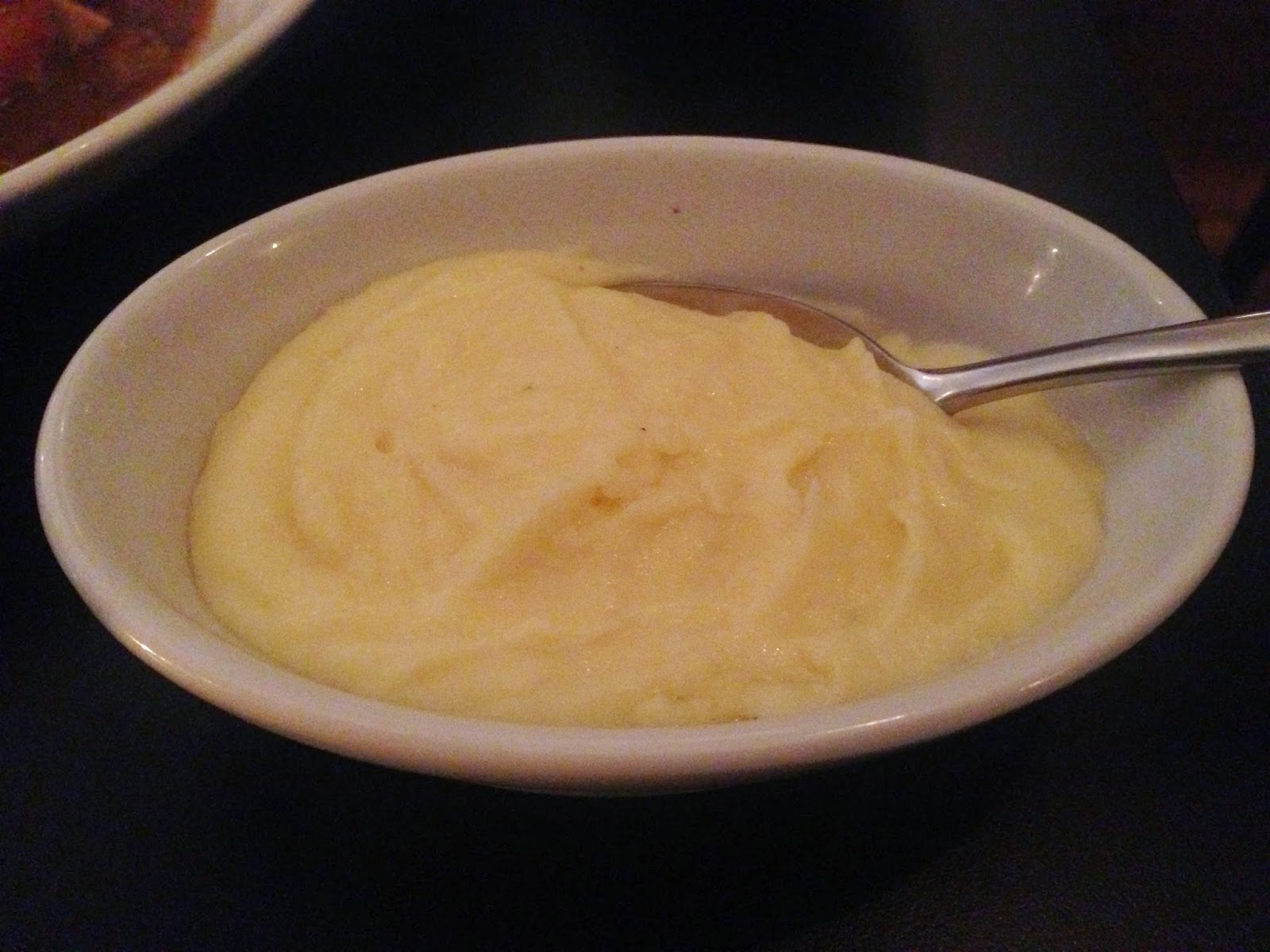 Firstly apologies for the dire pictures, yet another restaurant that prioritises mood lighting over people being able to photograph food, how very dare they?!

Again, this was Fran’s so I won’t say too much, but the rabbit was just so tender- I hate to be a cliche, but it really did taste of chicken.  The pomme puree was silky and laden with cream and butter, just how it should be. 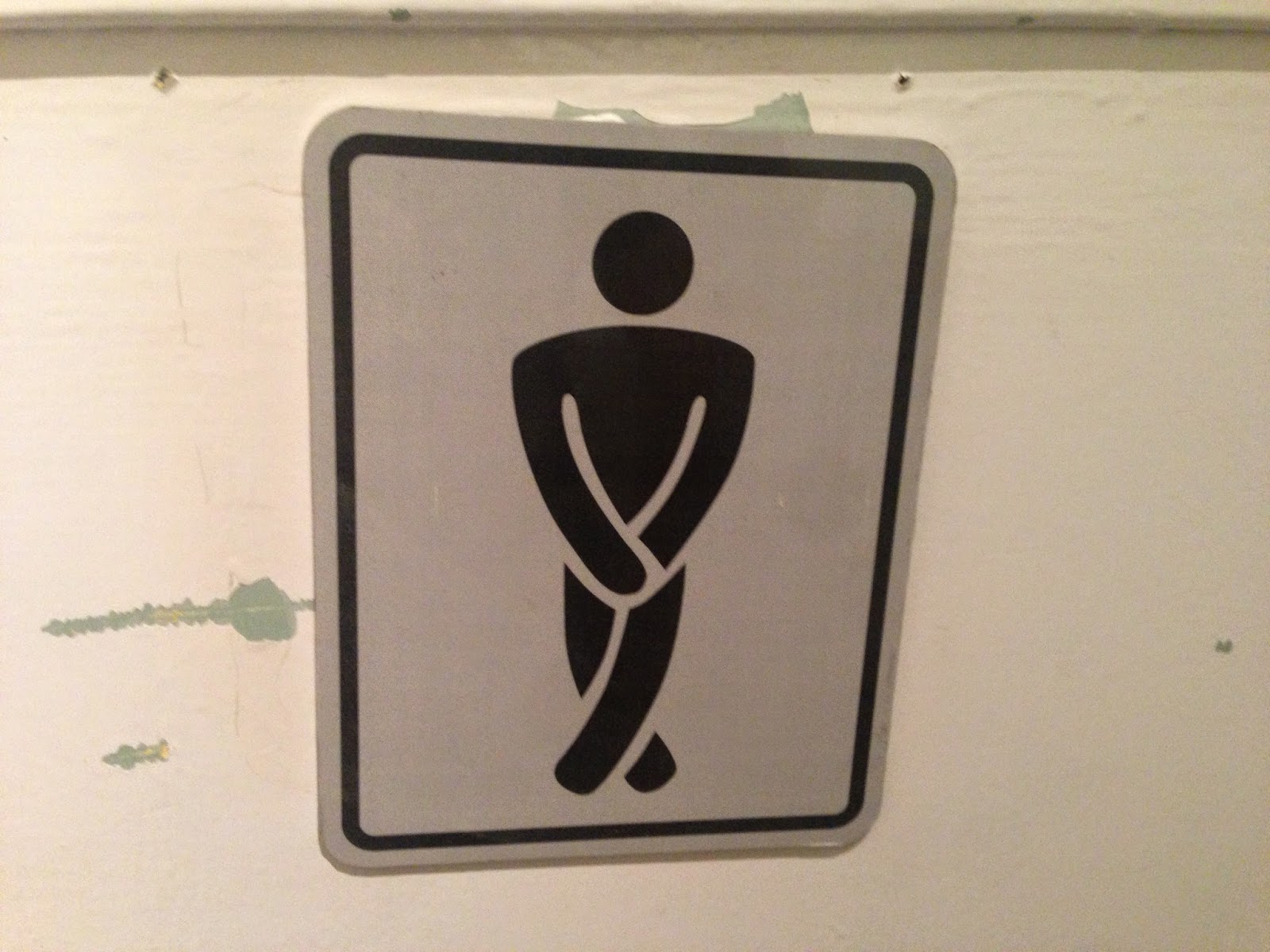 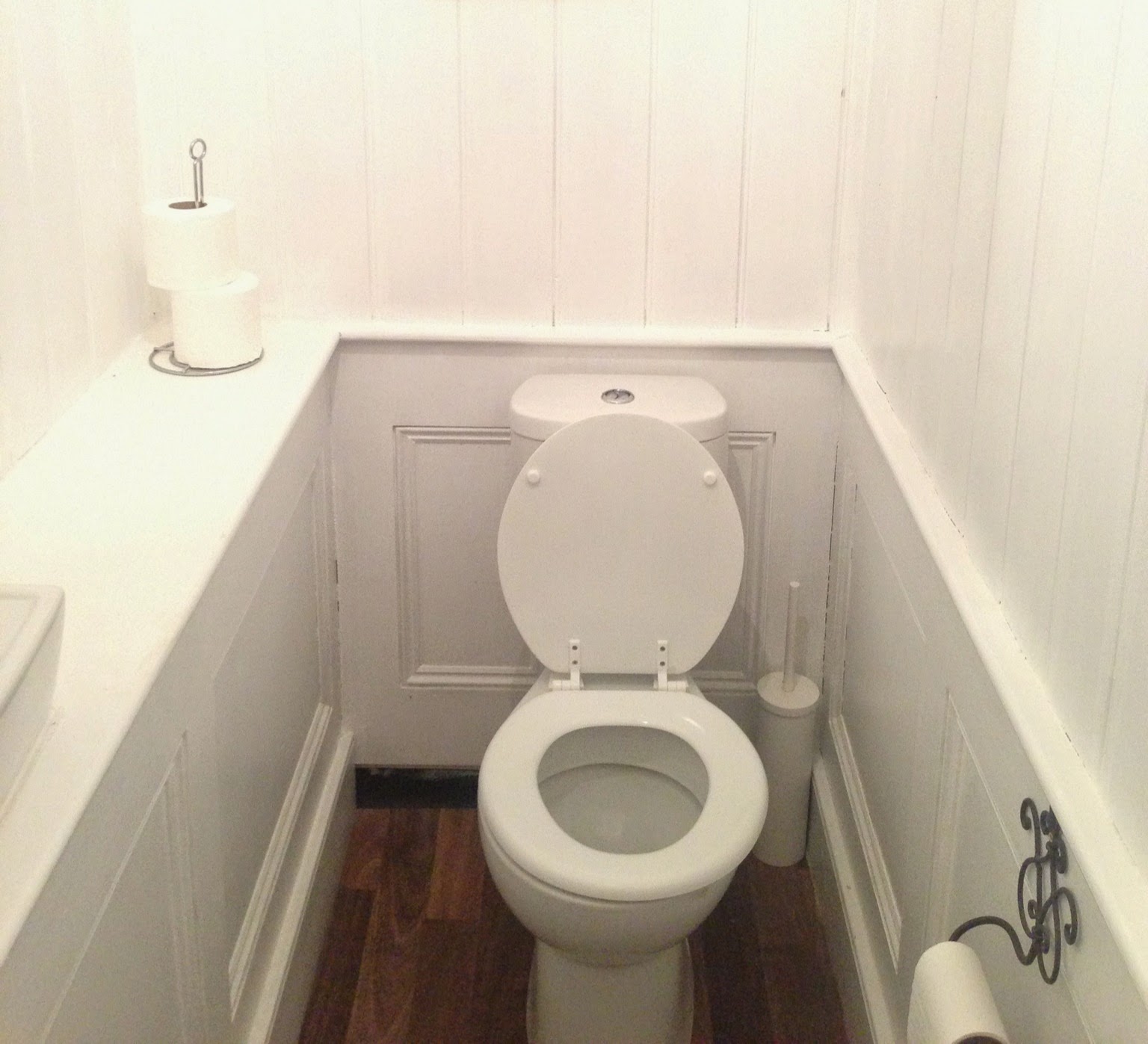 This scewiff lavatory has been tormenting the OCD part of my thoughts ever since I clapped eyes on it. HOW could anyone have thought that was alright?! I don’t remember it being like that when it was Harry’s, I’m sure I would remember something that offends my eyes that much, but who knows.  Other than that, the loos were a delight, sparklingly clean, fully stocked and lovely handwash.

My holiday in a couple of weeks is going to be the first try I have at doing some foodie stuff on camera. I think I’m going to do a vlog of my trip and post it on my Youtube channel and see what happens, so you can expect to see some real time restaurant reviews. and if you’re really lucky, live toilet cam as well (no, not like that). Watch this space… 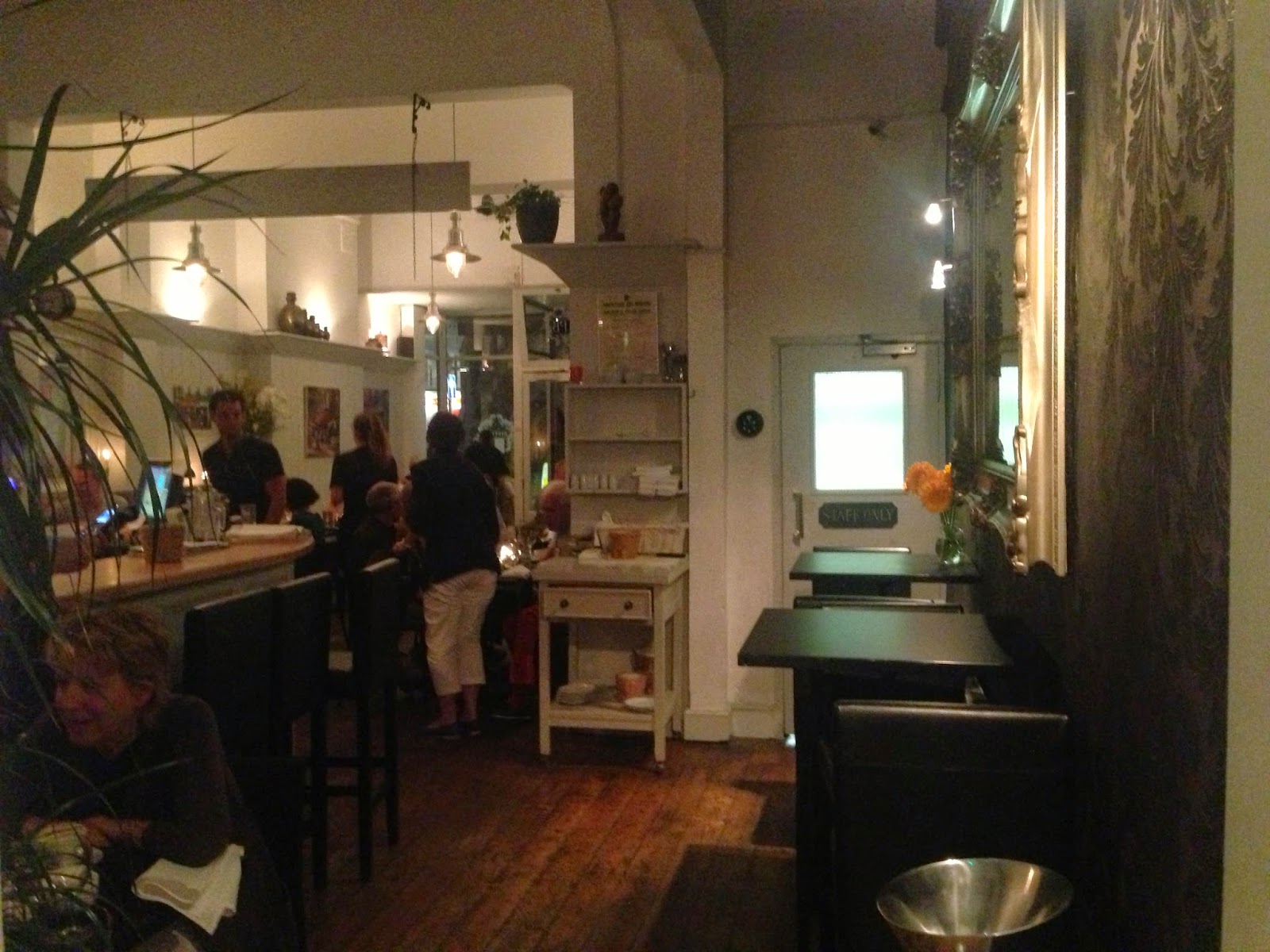 The interior hasn’t changed much since it was Harry’s, other than they’ve extended the bar out a bit.  If you can overlook the dark, flocked wallpaper in the back section of the restaurant I think it’s a really lovely space.  They have a pretty little courtyard garden as well as seating out the front too.

Other than the initial recommendation, I haven’t heard a peep about this place.  Looking around the restaurant on the evening we visited (a Thursday) it was pretty clear to see why, other than a table of young French people (encouraging) sitting next to us, it was mainly couples of 40+, who aren’t usually the type to tweet and Instagram everything they eat.  I imagine it’s full of yummy Hove Mummys and ladies what lunch, during the day, but I could be wrong.

It was actually packed for a Thursday evening, so I’d recommend booking in advance.

We both spied this immediately and agreed that it was the only action to take dessert-wise and we certainly weren’t disappointed. Definitely save room for something sweet, they were all bloody gorgeous and I love it when you have the option to try a bit of everything.

Seeing as we get along like a house on fire we’ve decided to make this a regular occurence, so do tweet me or Fran if there’s somewhere in particular you’d like to see us review.  I think I’ve got a way to go before I can persuade  her to do a video review with me though…

Check out her blog, she has a no-nonsense style that I enjoy and admire- it’s a bloody good read. 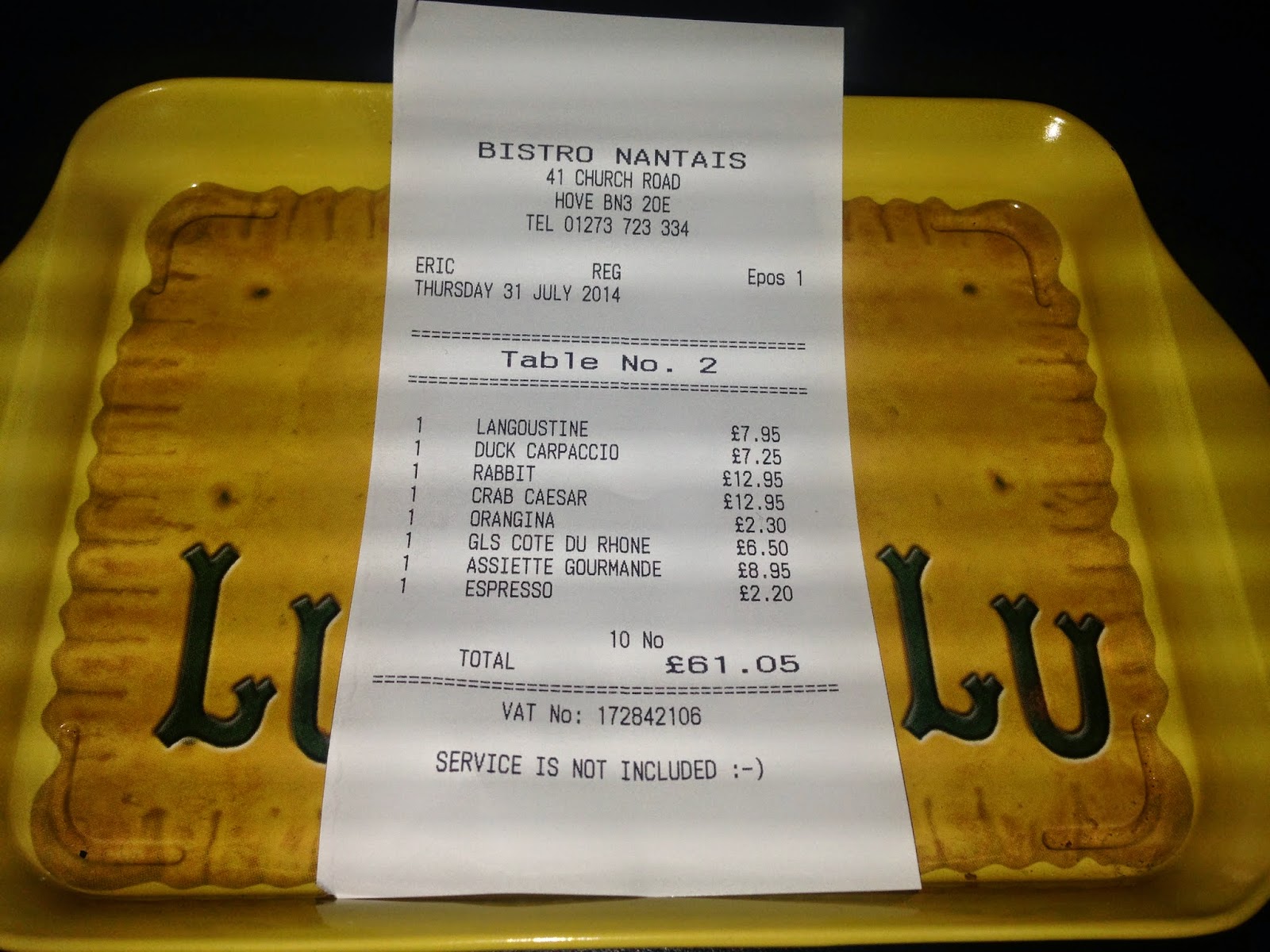 Without even considering the quality, and quantity of food we ate, I think £60 for all that is terrifically good value. A whole world away from the bill at Azaro two days previous!

So in summary: Everything but the salad was fantastic, so much better than anticipated actually.  I think it deserves to have a lot more of a buzz about it, especially given the price and quality.  The staff were fab, we were served by a French guy with a ponytail and he was funny and efficient, despite how busy it was.  Would I recommend it? Deffo. Will I be back? Try and stop me!

Have you been to Bistro Nantais?  Any other French restaurants I should be checking out in Brighton and Hove?  Comment below (you don’t need a Blogger account to do so).