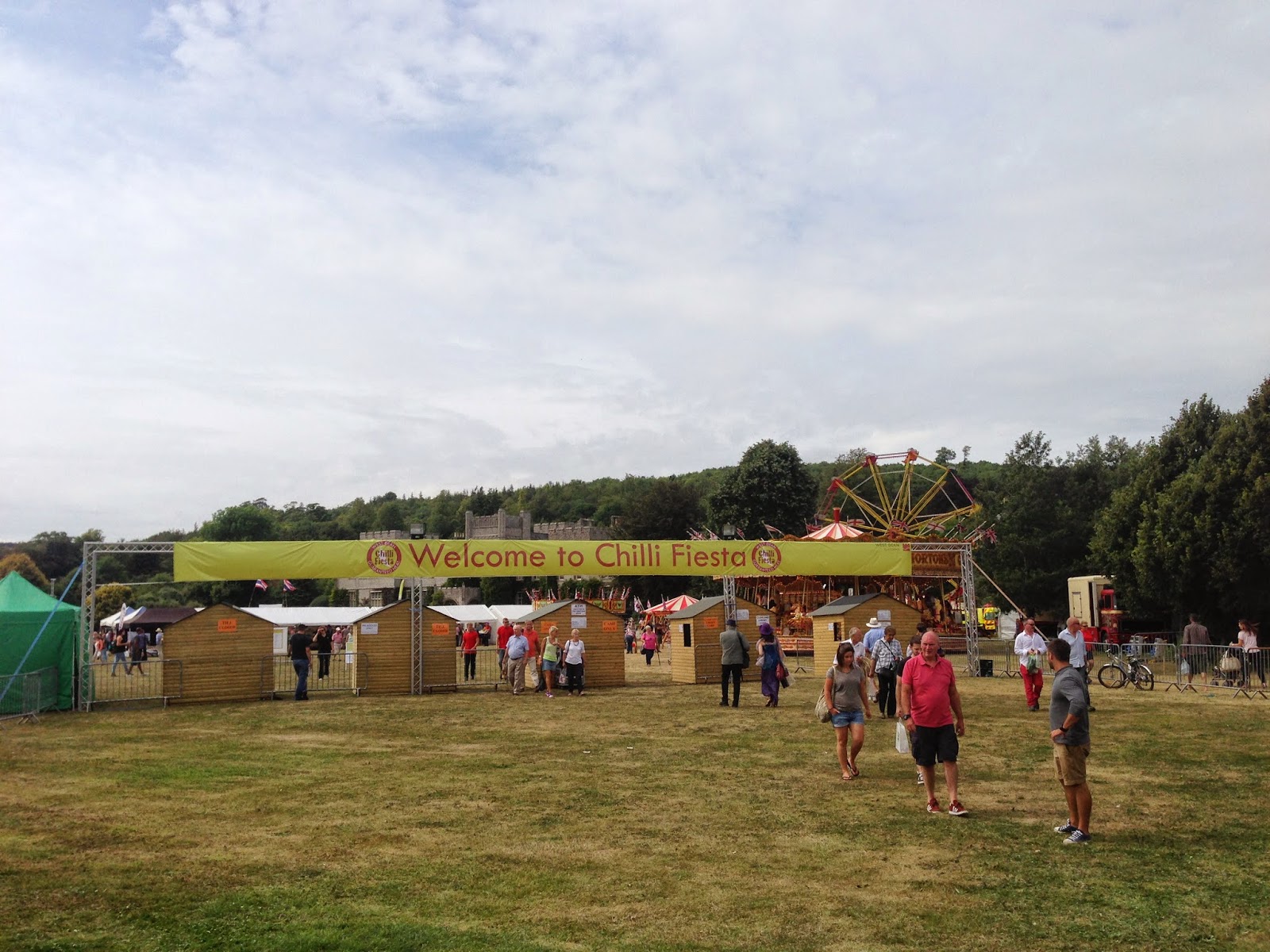 The lovely folks at West Dean  kindly sent me some press passes for their annual Chilli Fiesta, so having been the previous five years (maybe more) I was incredibly excited to return as their guest!

In its 19th year, this was the biggest event yet, with over 150 stalls, selling chilli foods, chilli plants, seeds and produce. There was also the option to camp, with different ‘zones’ available for families, night owls etc and at the main site there was live music each day until 11pm to keep the party vibe going once the all of the traders had gone home for the day. I visited on the Friday this year and it was much quieter than the previous years when I’d come on the Saturday or Sunday, probably worth considering if you don’t like massive queues and crowds of people.

You can watch a film about last year’s fiesta here, maybe next year I’ll do a vlog! 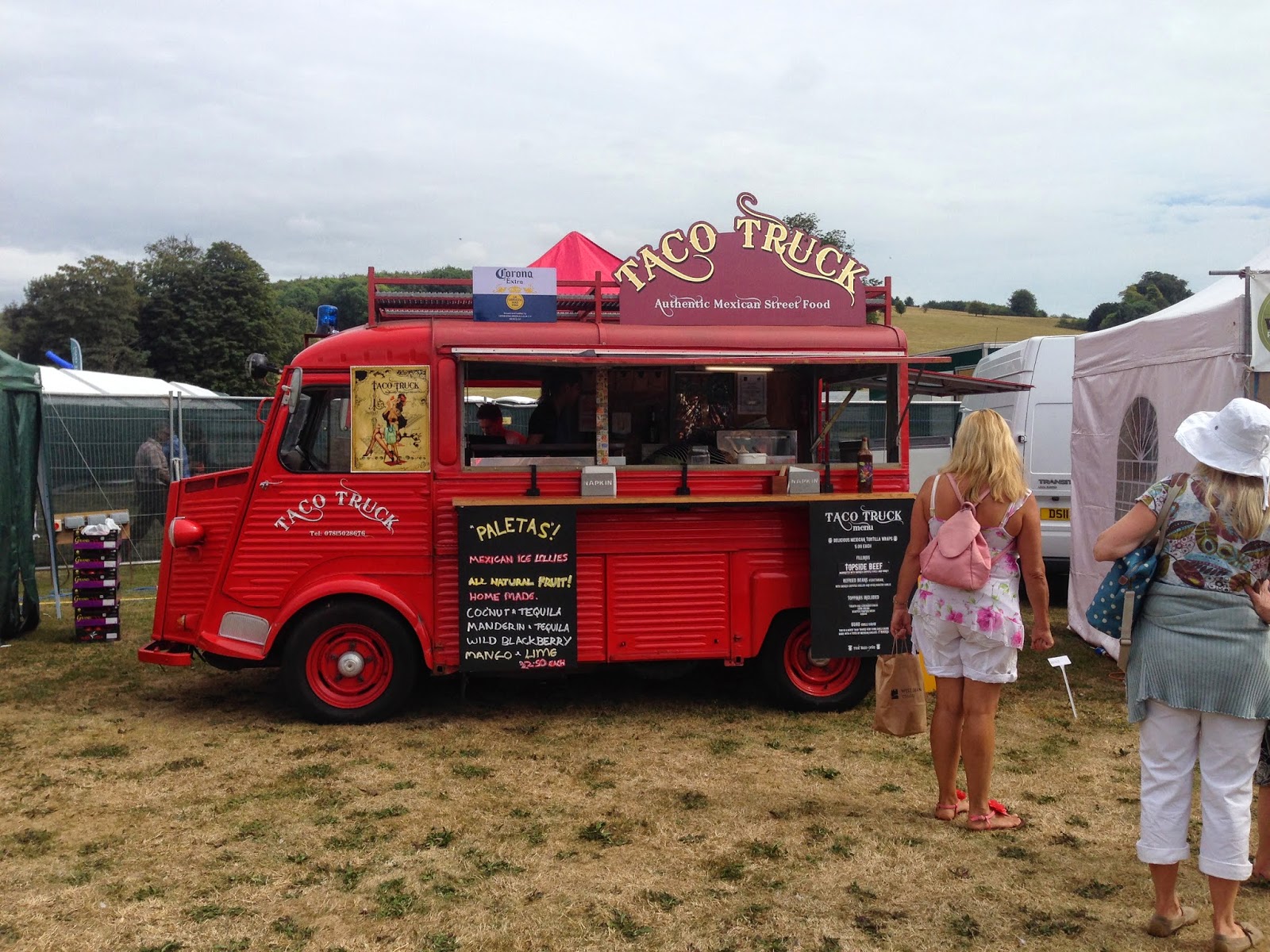 This taco truck bears no real relevance to my visit, other than the fact that it was the first thing I saw and I thought it was cute.  I love Mexican food, I don’t get to eat it enough, as there’s a bit of a dearth of decent places to eat it in Brighton- kinda wish I’d got something now… oh well, next year. 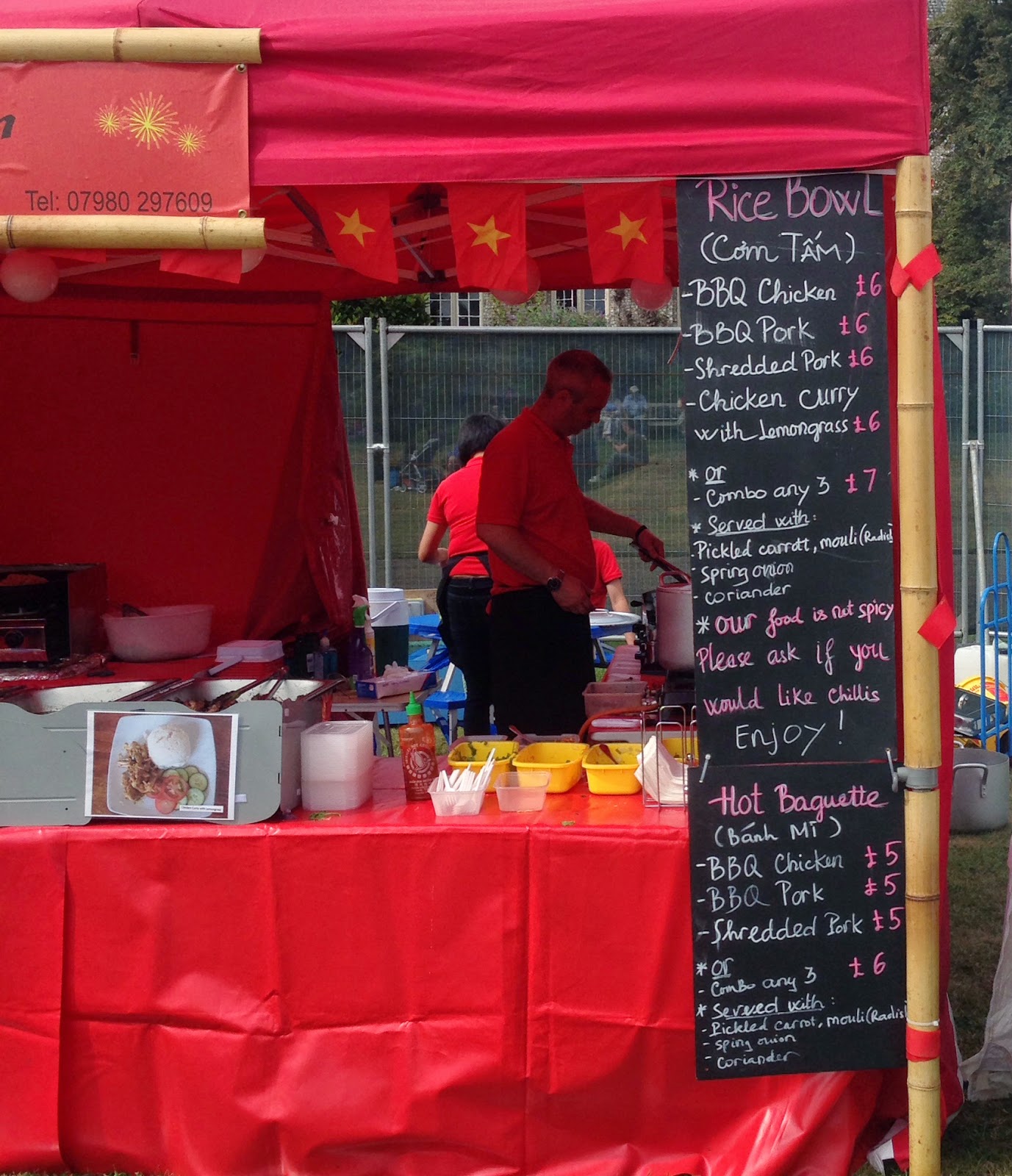 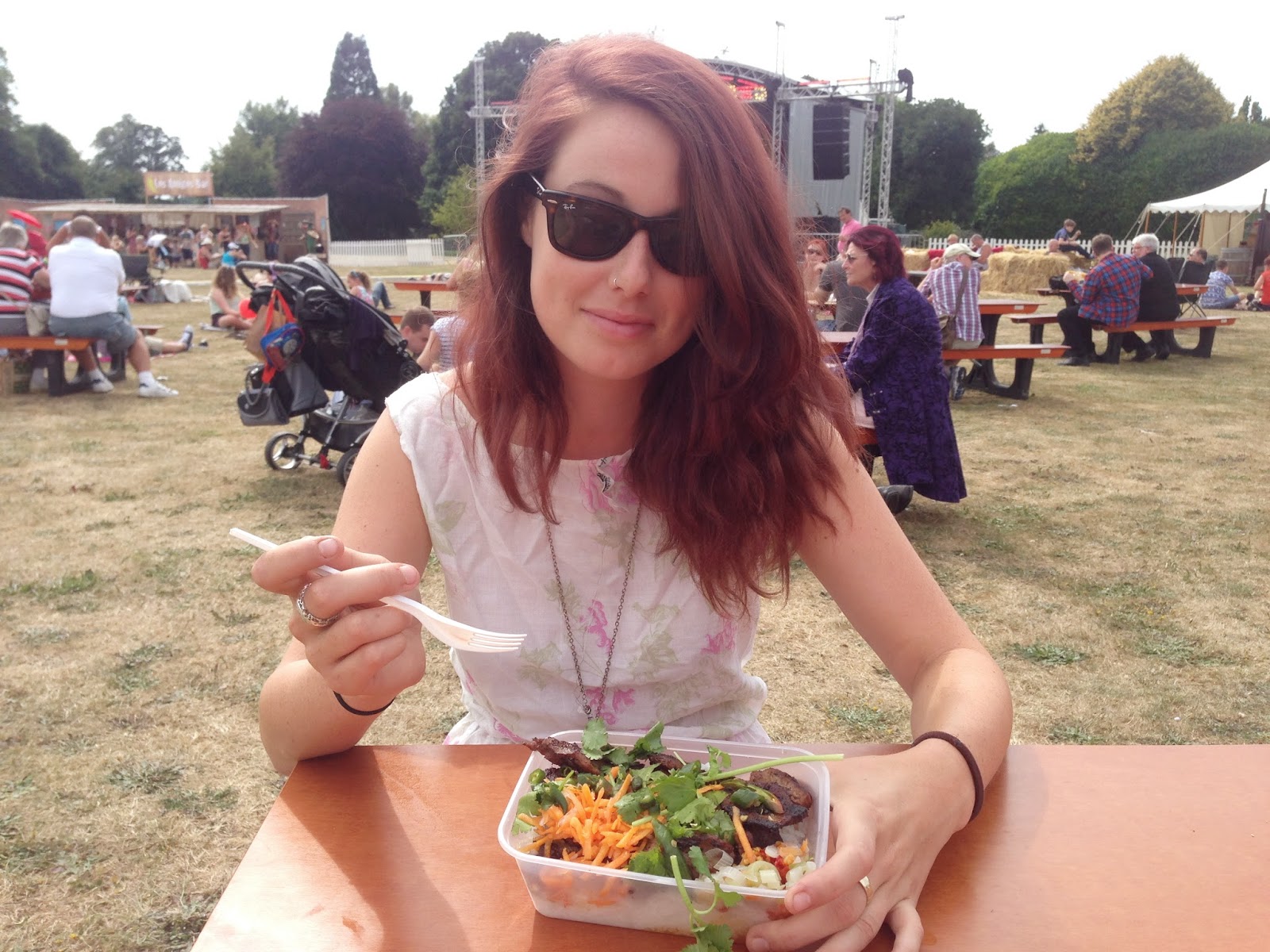 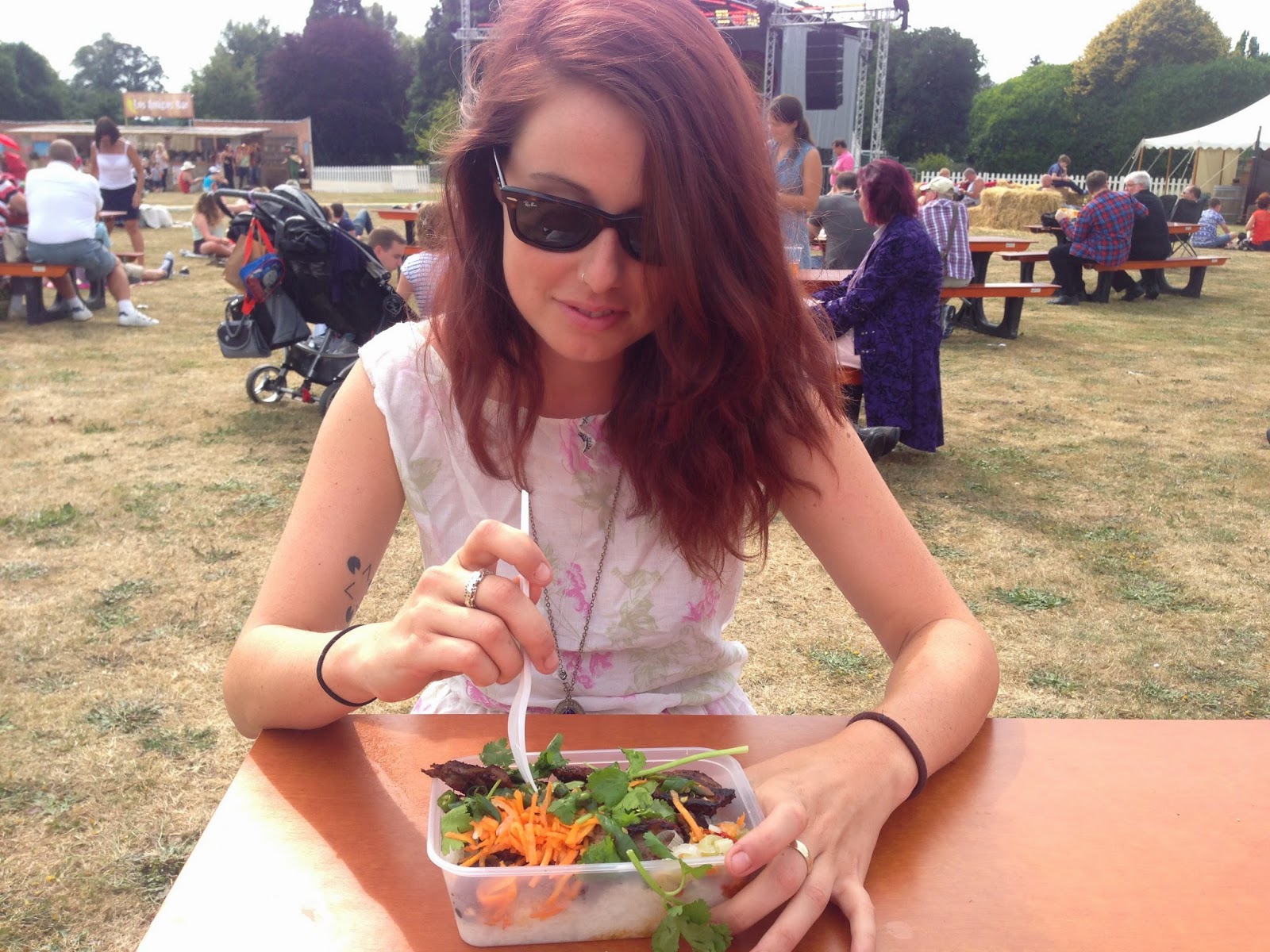 Our first stop was to Taste of Saigon, a firm favourite for me from last year.  We decided to share a rice bowl with BBQ pork and extra chillies, for its 6 quid price tag you get a lot of bang for your buck.  We really enjoyed it, I reckon it’d be lovely in banh mi (baguette) form as well.

Alex was extremely hungover, she’d hosted a curry night at her flat the previous evening, and let’s just say a lot of fun was had… I on the other hand was smugly hangover free- for once. 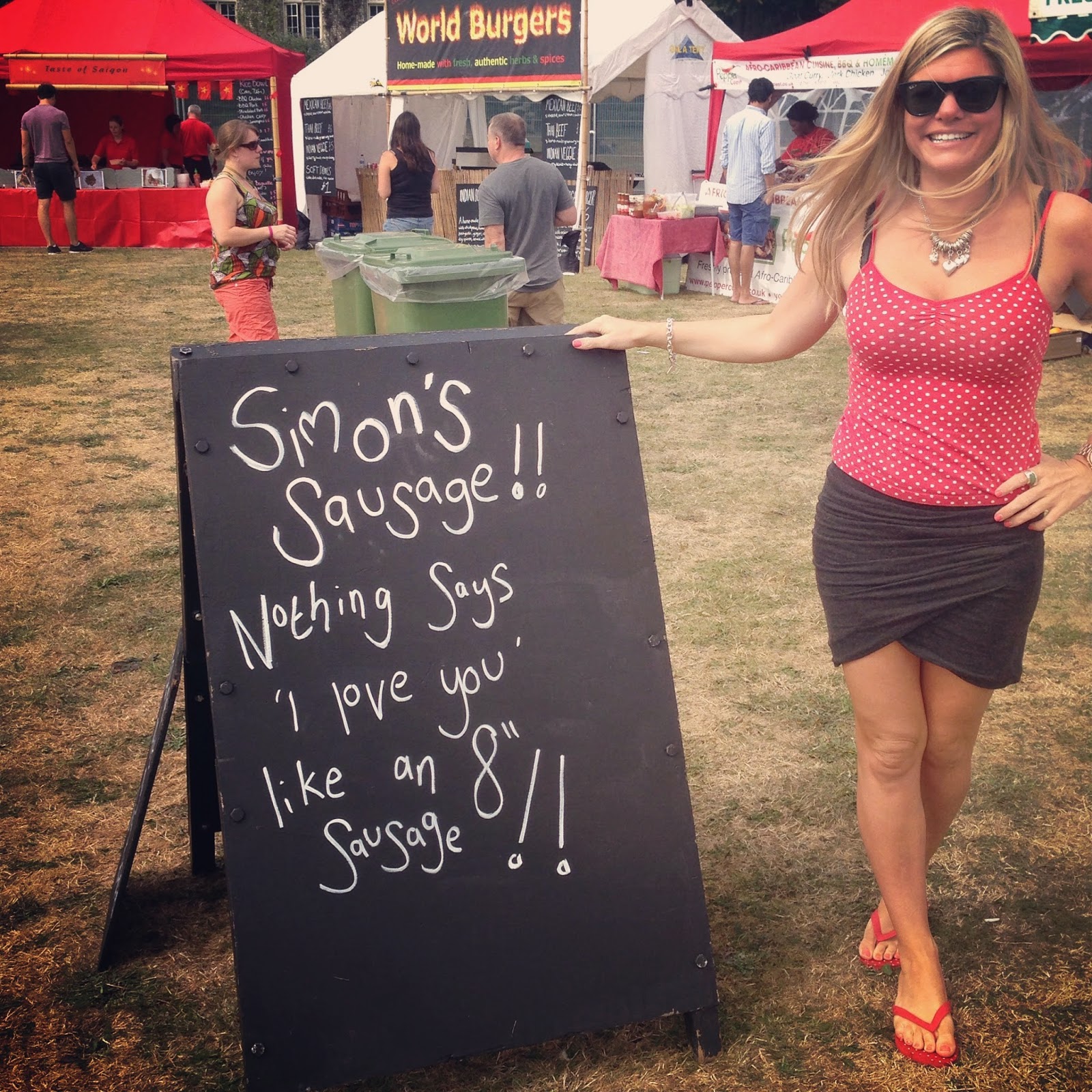 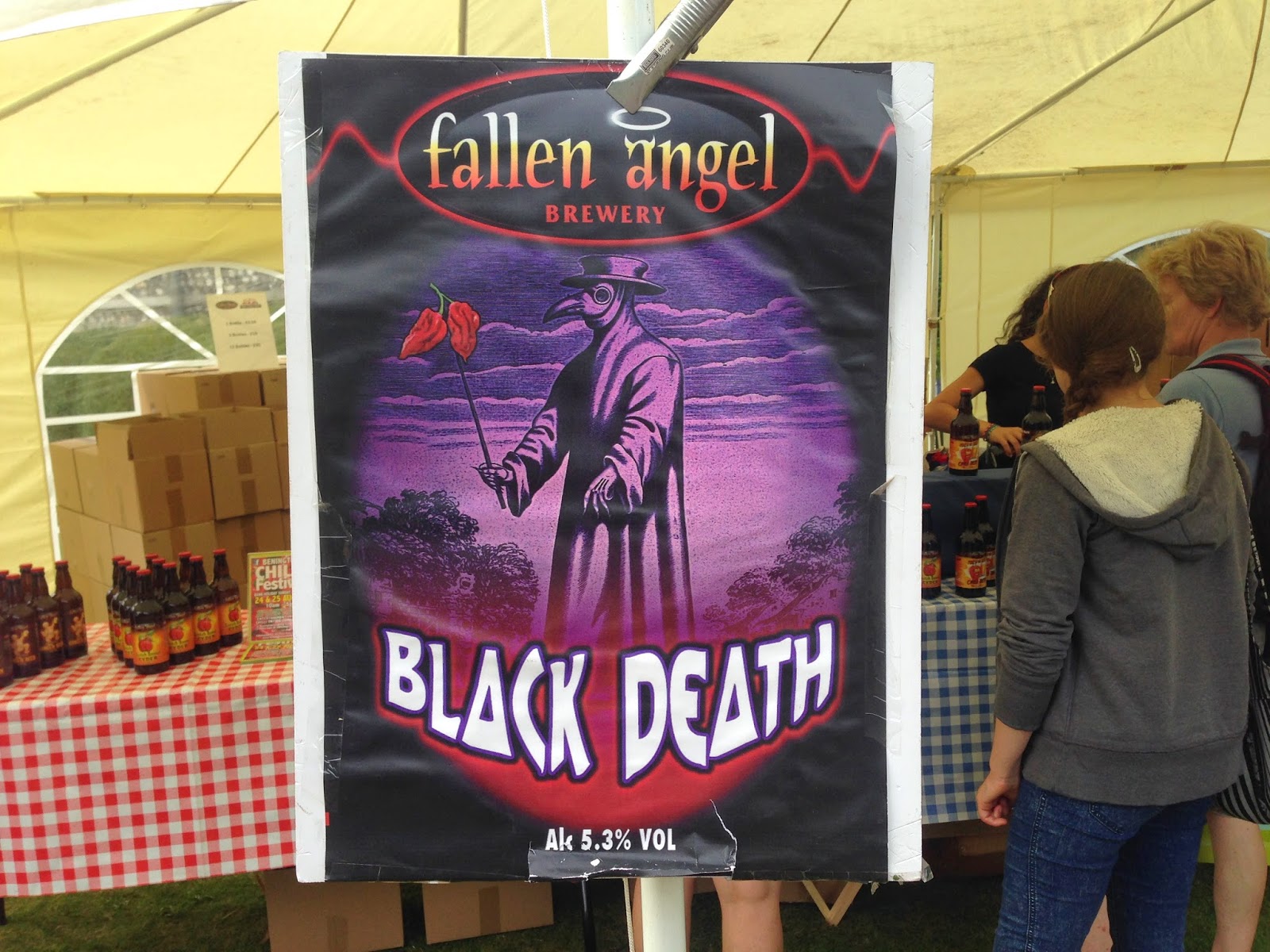 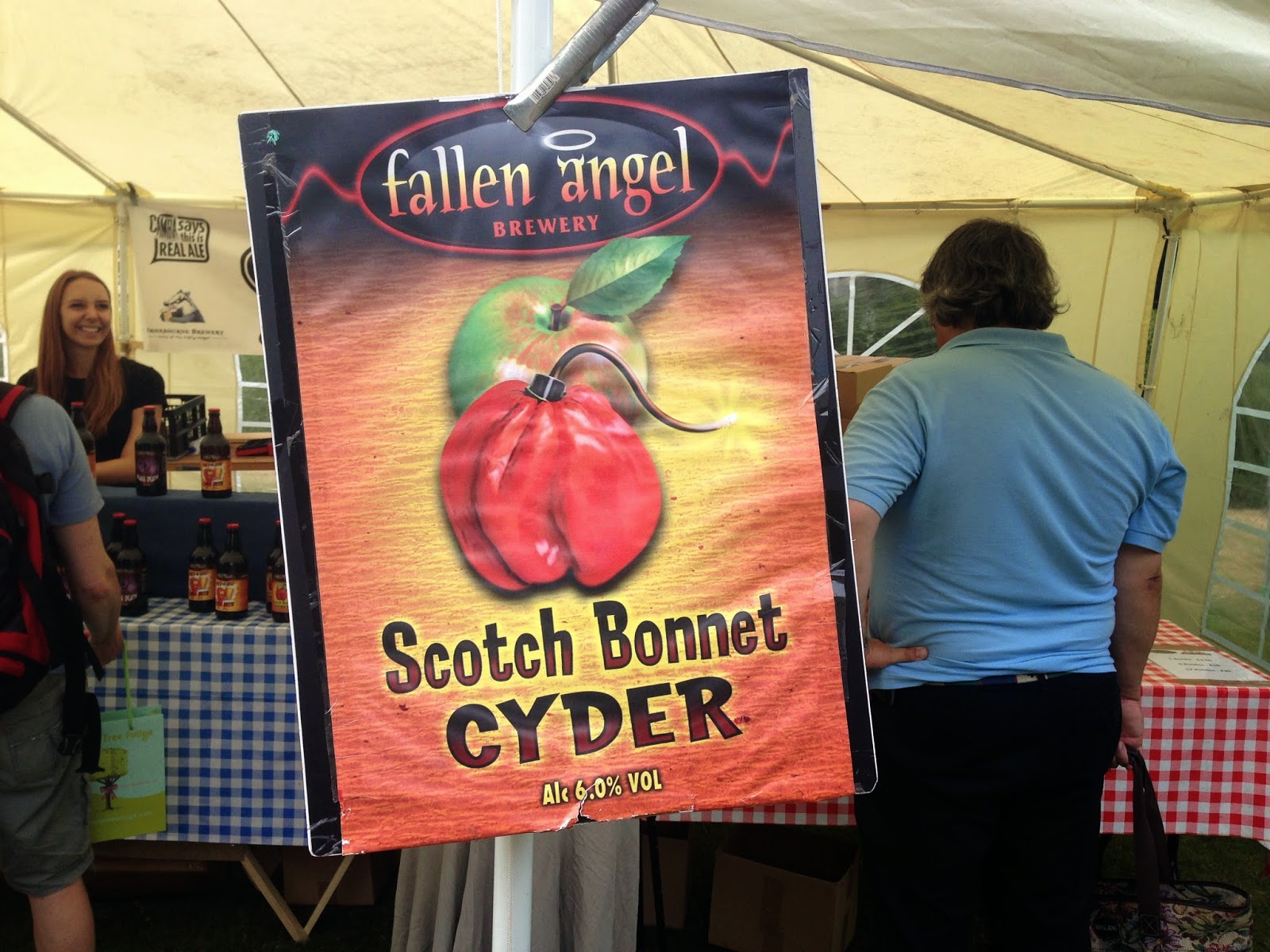 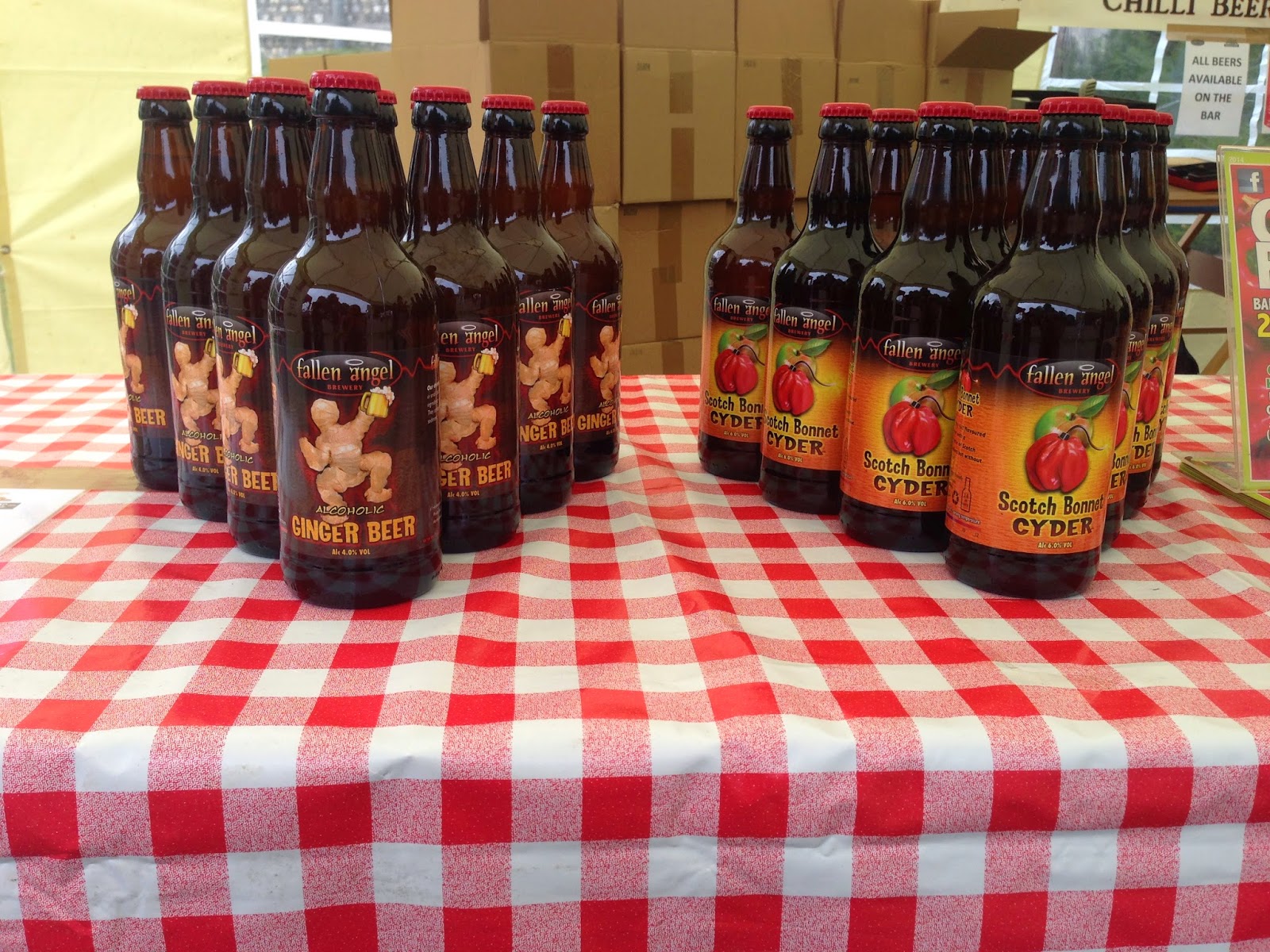 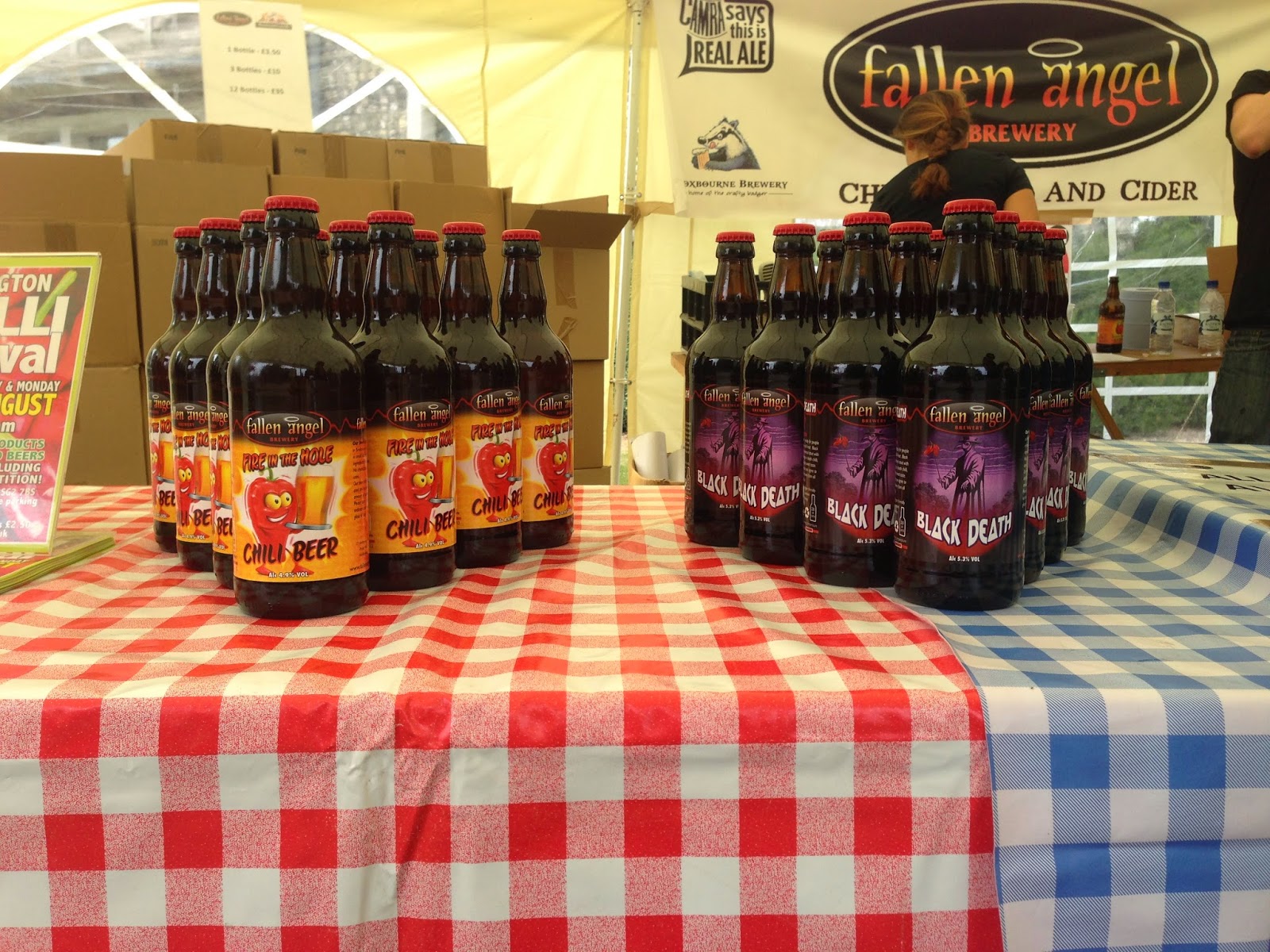 I bought three bottles of this for a tenner, two types of chilli beer and a chilli cider. I’m still swimming in drinking games remorse after my antics from last week, so getting wasted on chilli infused booze may have to wait until after my holiday, or after I’ve regained some dignity… 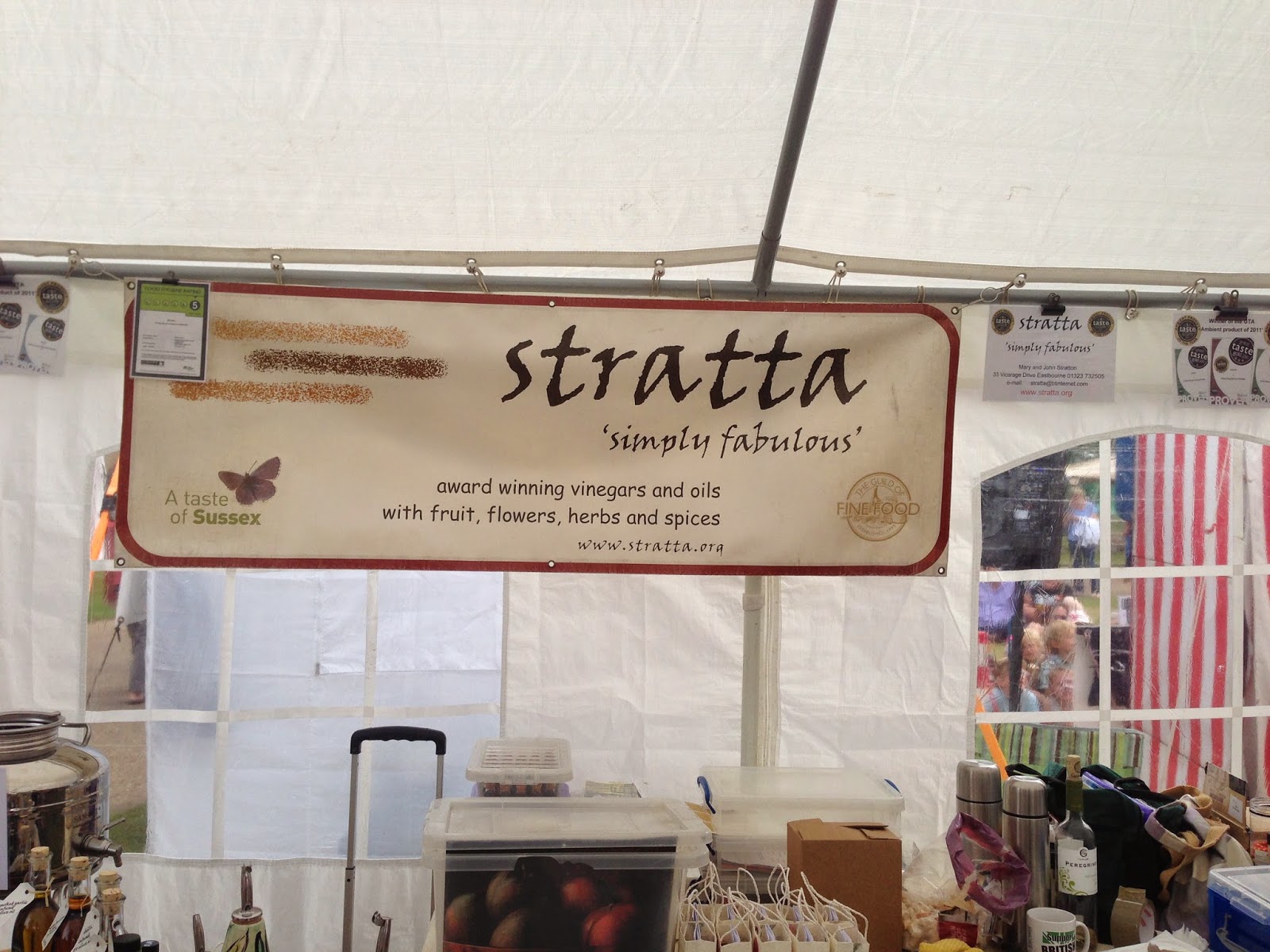 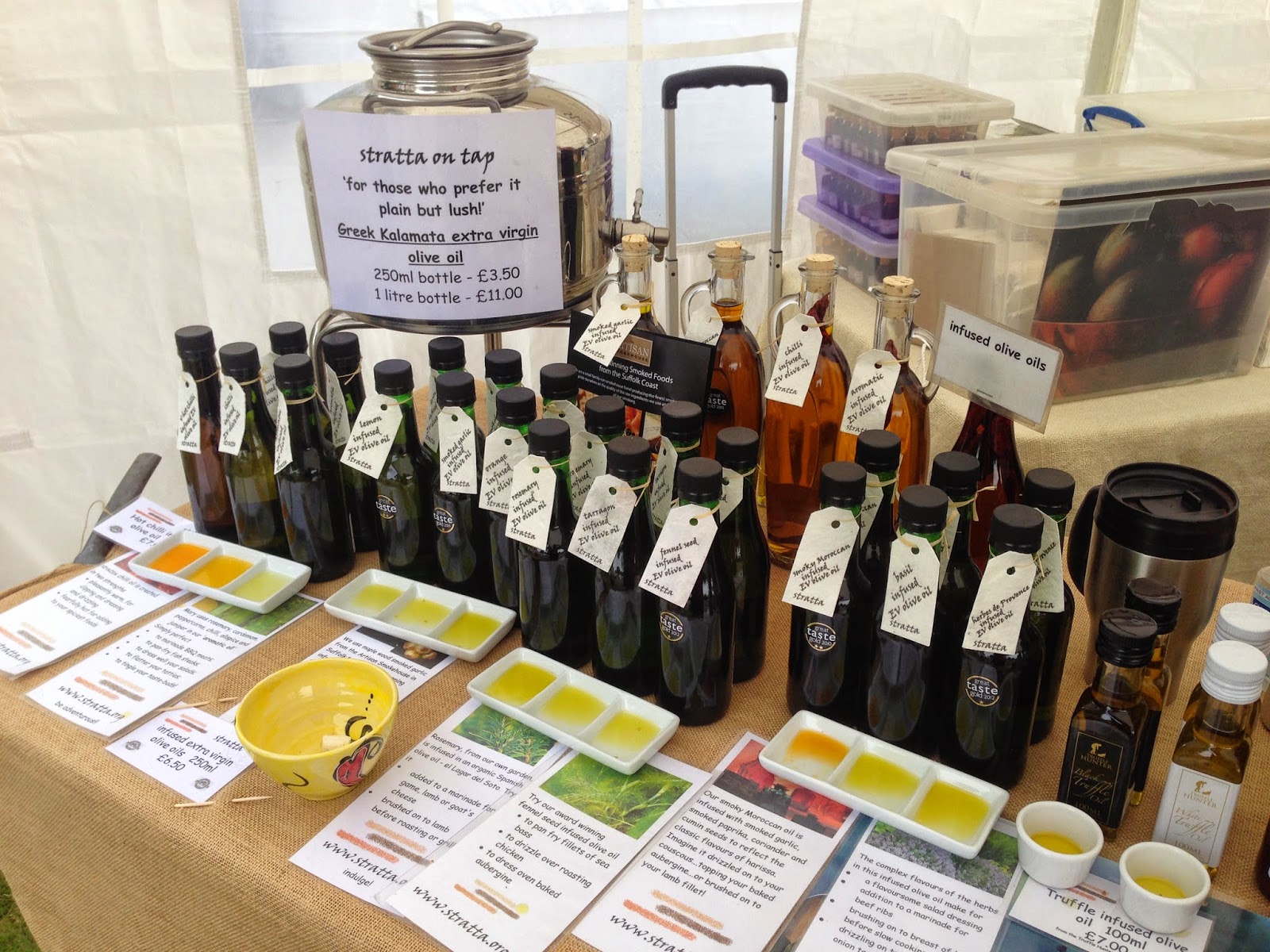 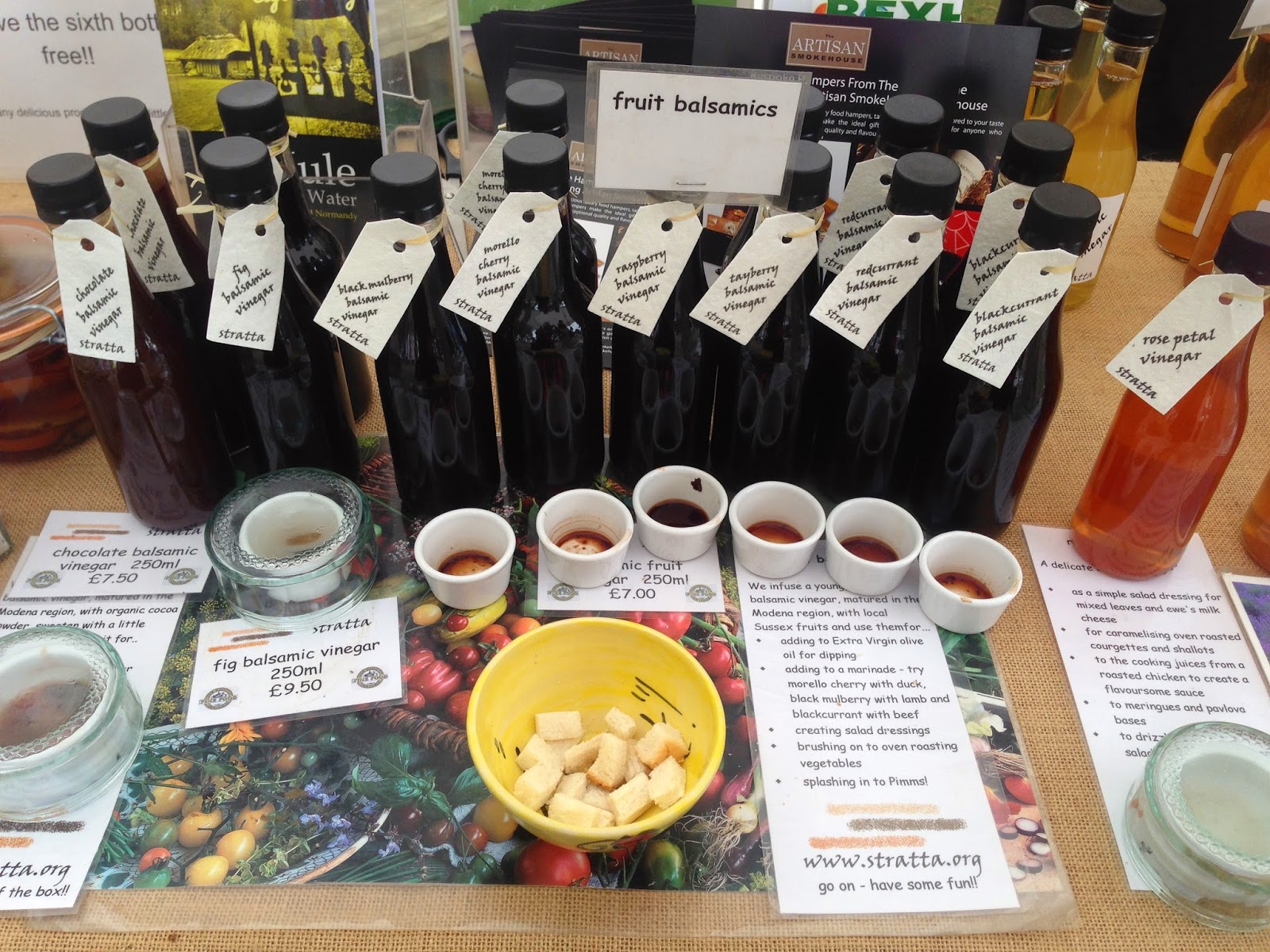 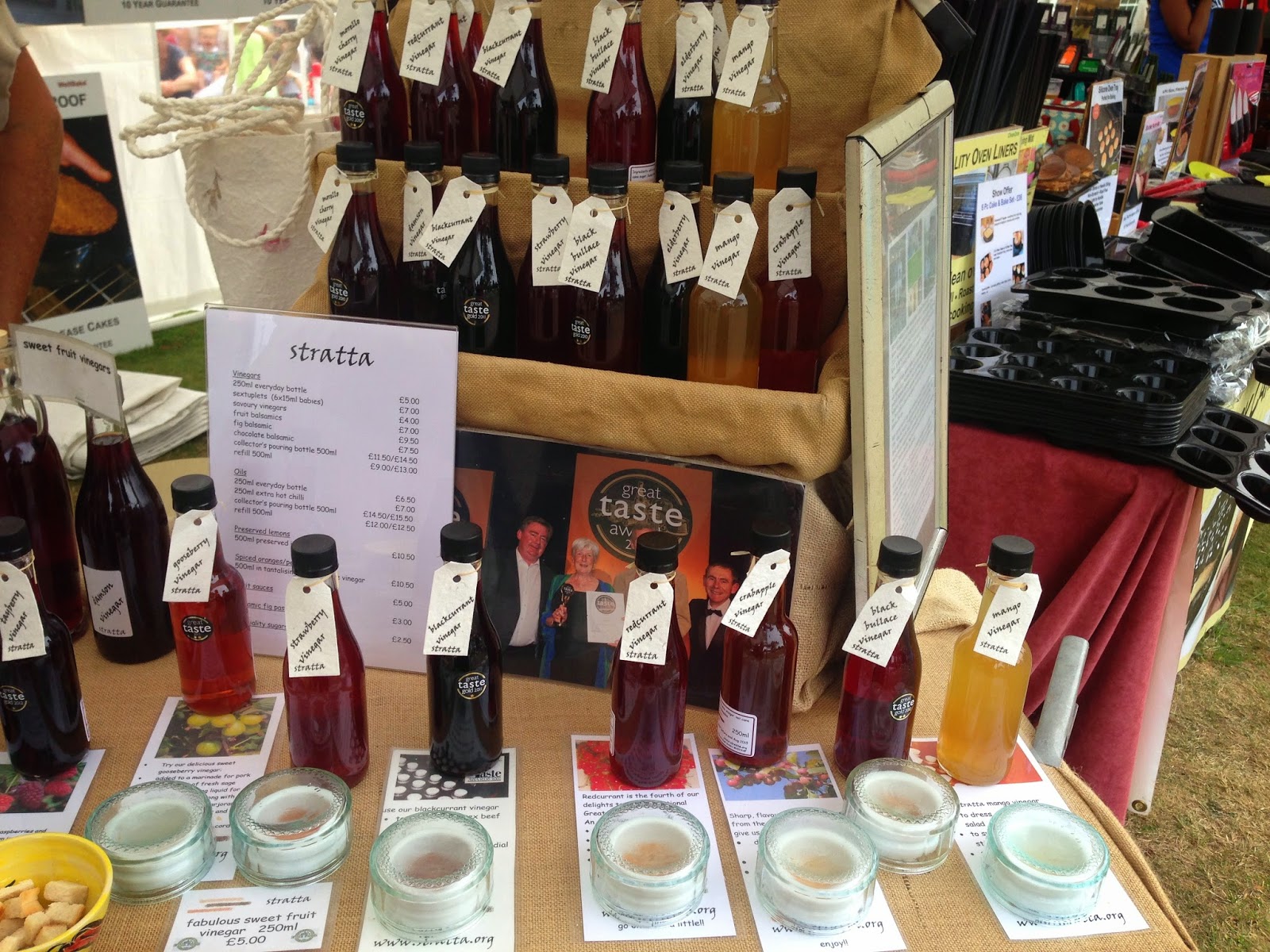 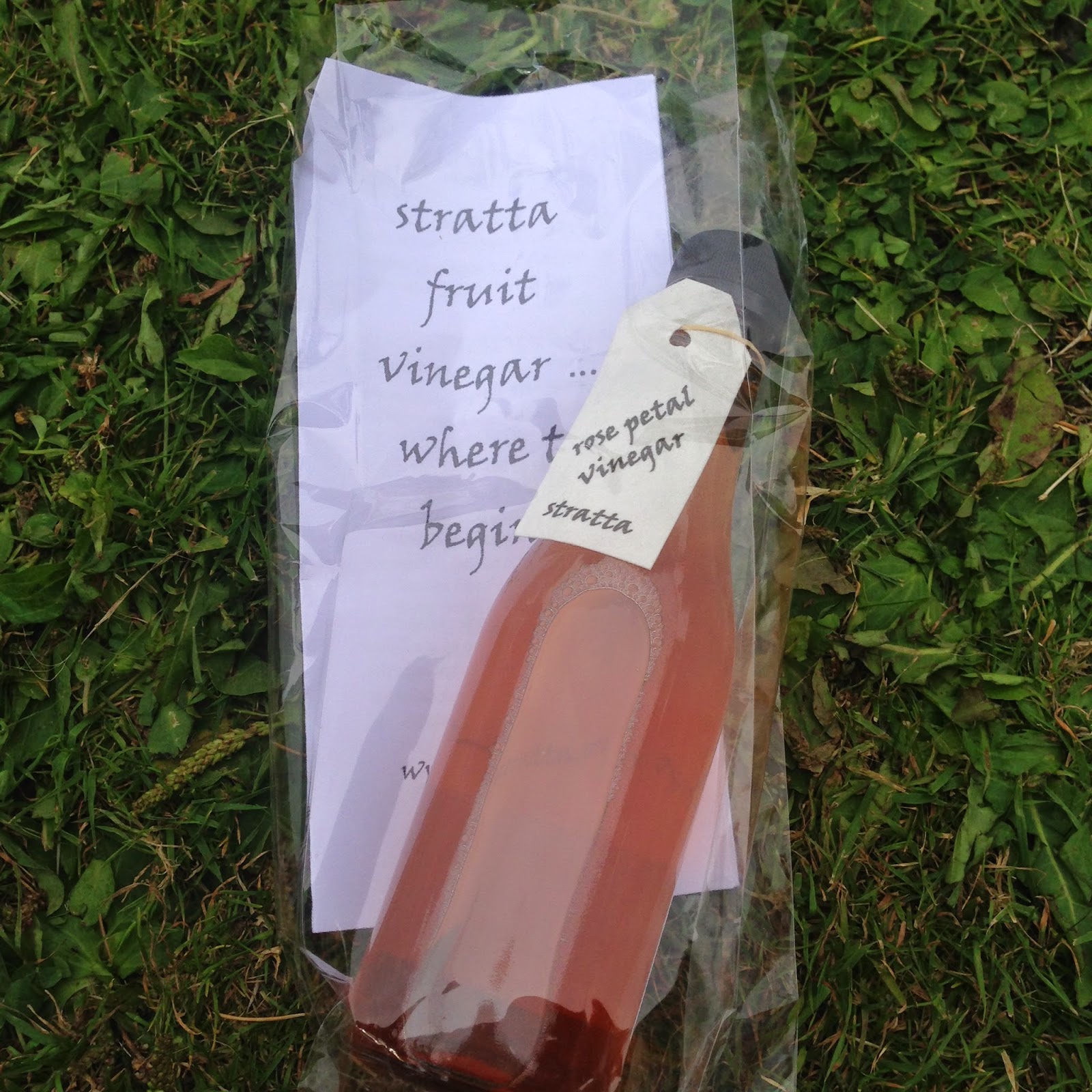 This was my favourite purchase of the day. They had a vast range of different flavours, but this one jumped out at me immediately. I mixed some into a brushetta mix instead of balsamic and it was absolutely perfect. I’m going to to be stocking up on it for Christmas presents, I know a few people who will love it. They don’t seem to have ventured into the world of social media, but do check out their website for their full product range and stockists, the recipe section is well worth a look too.  There’s no shopping bag section on their site, you can call or email to place an order- I’m assuming it’ll be the lady who was manning the stall, if so, she’s incredibly helpful. 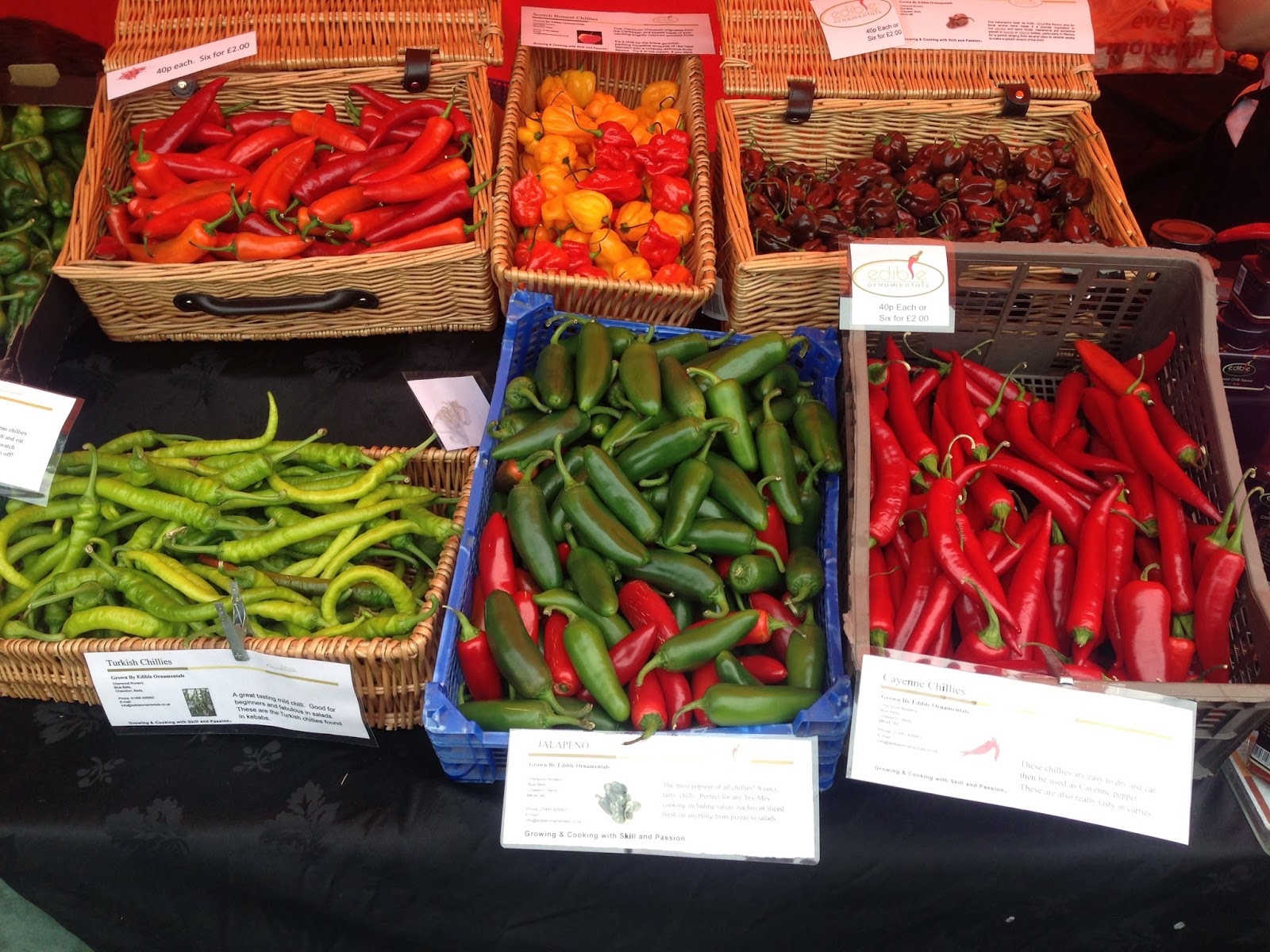 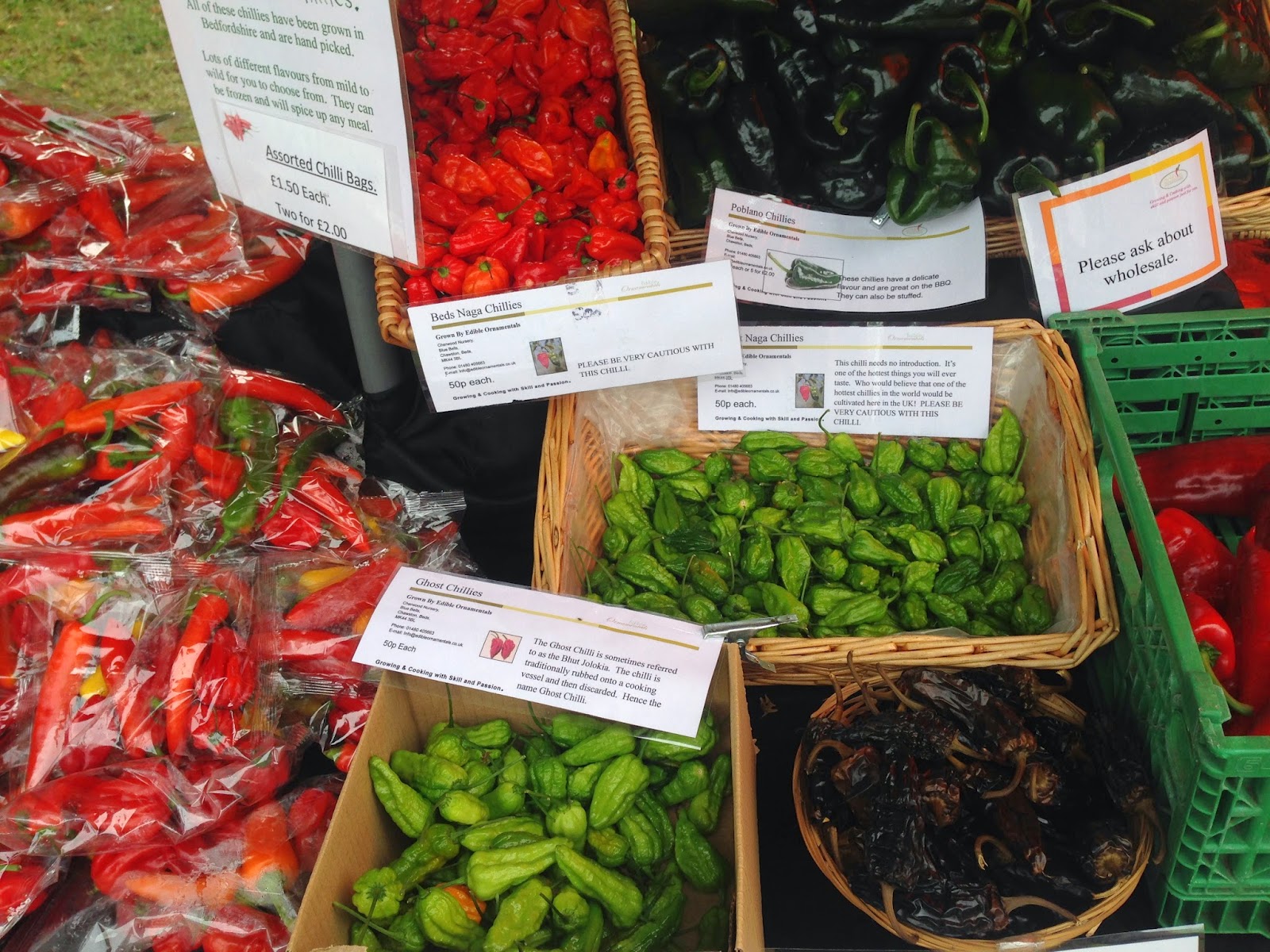 I didn’t buy any of these, mainly because I’m trying to run my stocks down before going away, but look at how beautiful they are. So much better than the bog standard ones you get in the supermarket (with the possible exception of Waitrose). 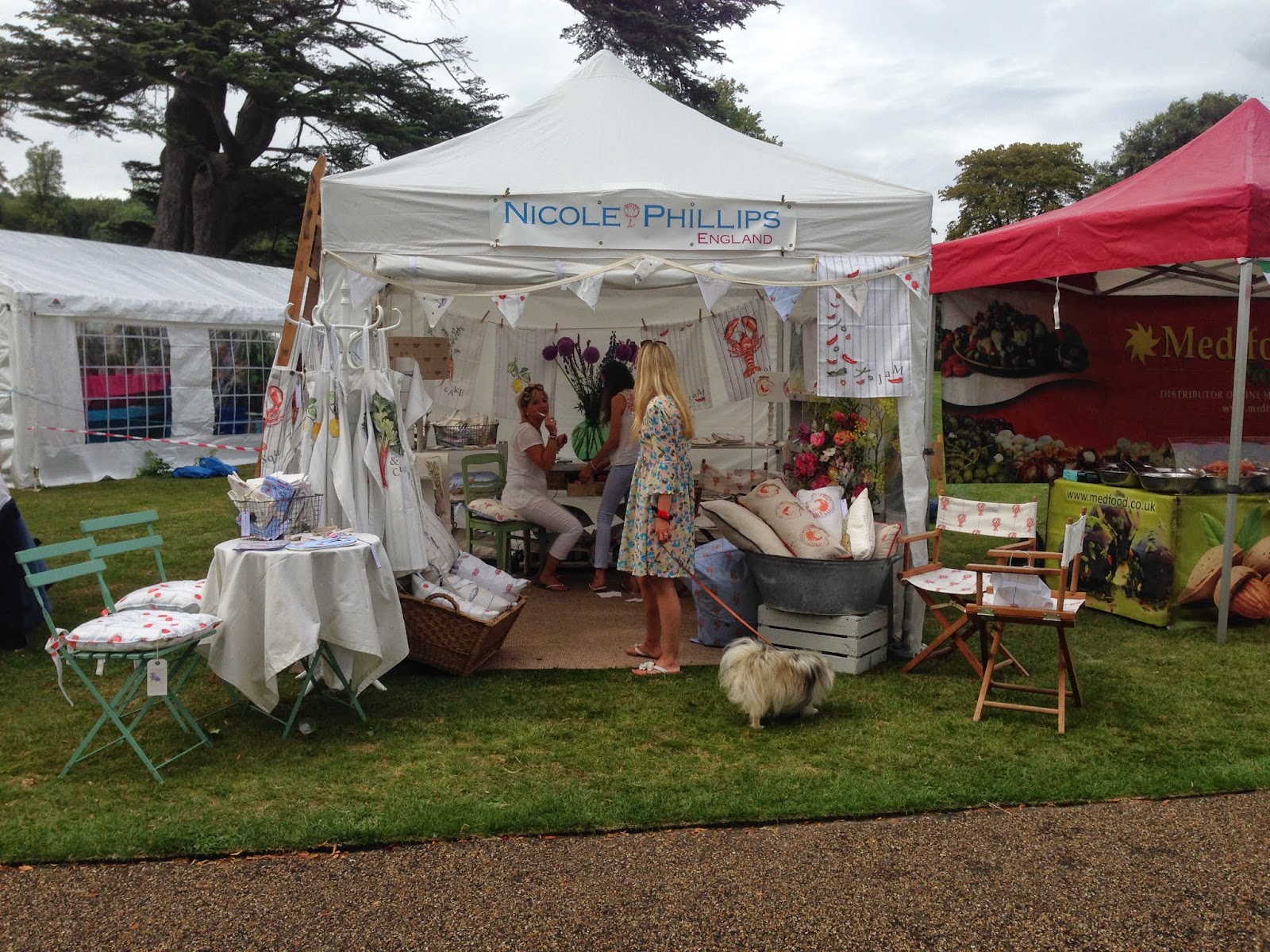 This lovely lady charged my iPhone for me and that dog licked my leg. She was selling loads of shabby chic style cushions and other interiors stuff and seemed ever so nice. 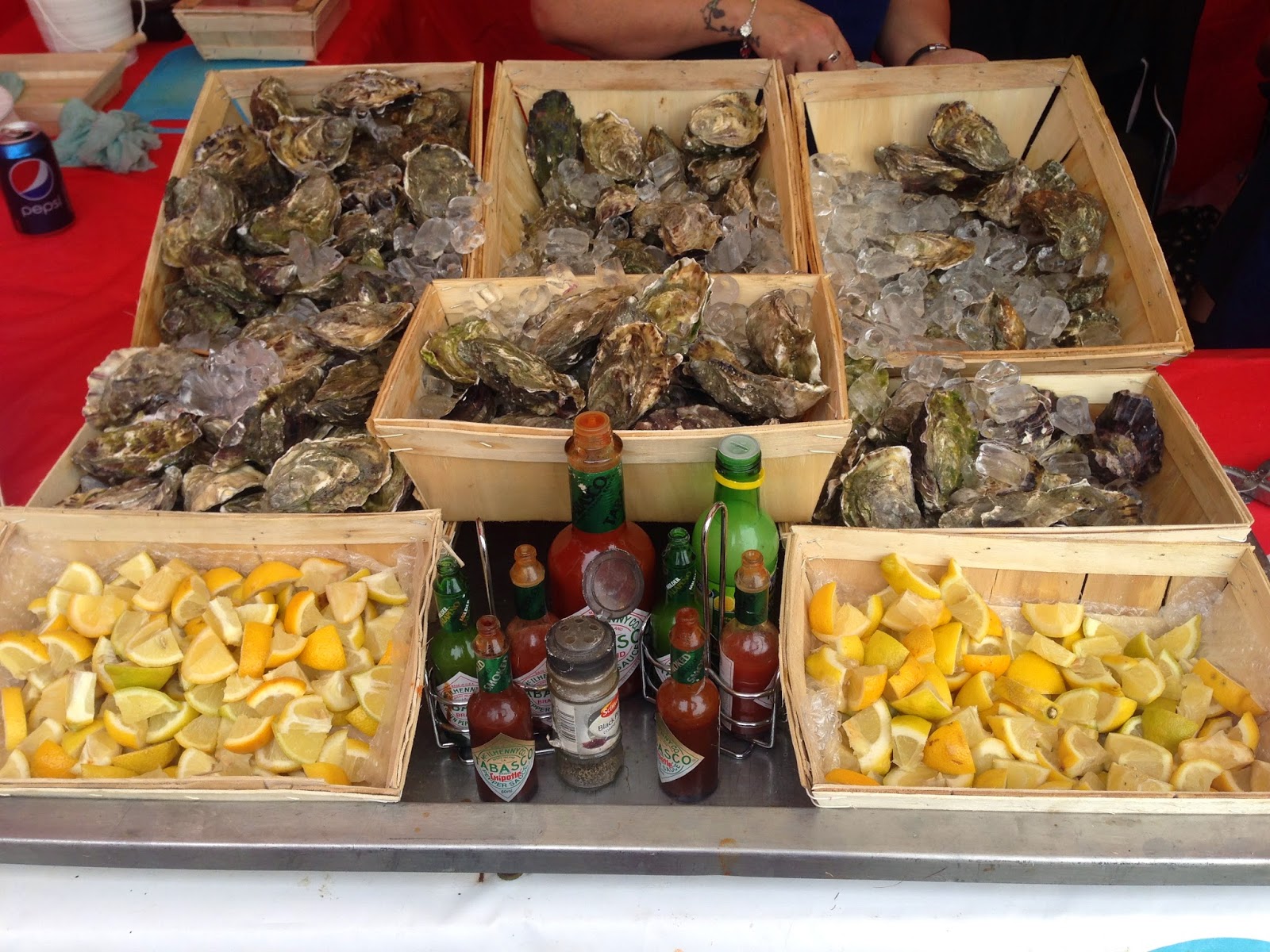 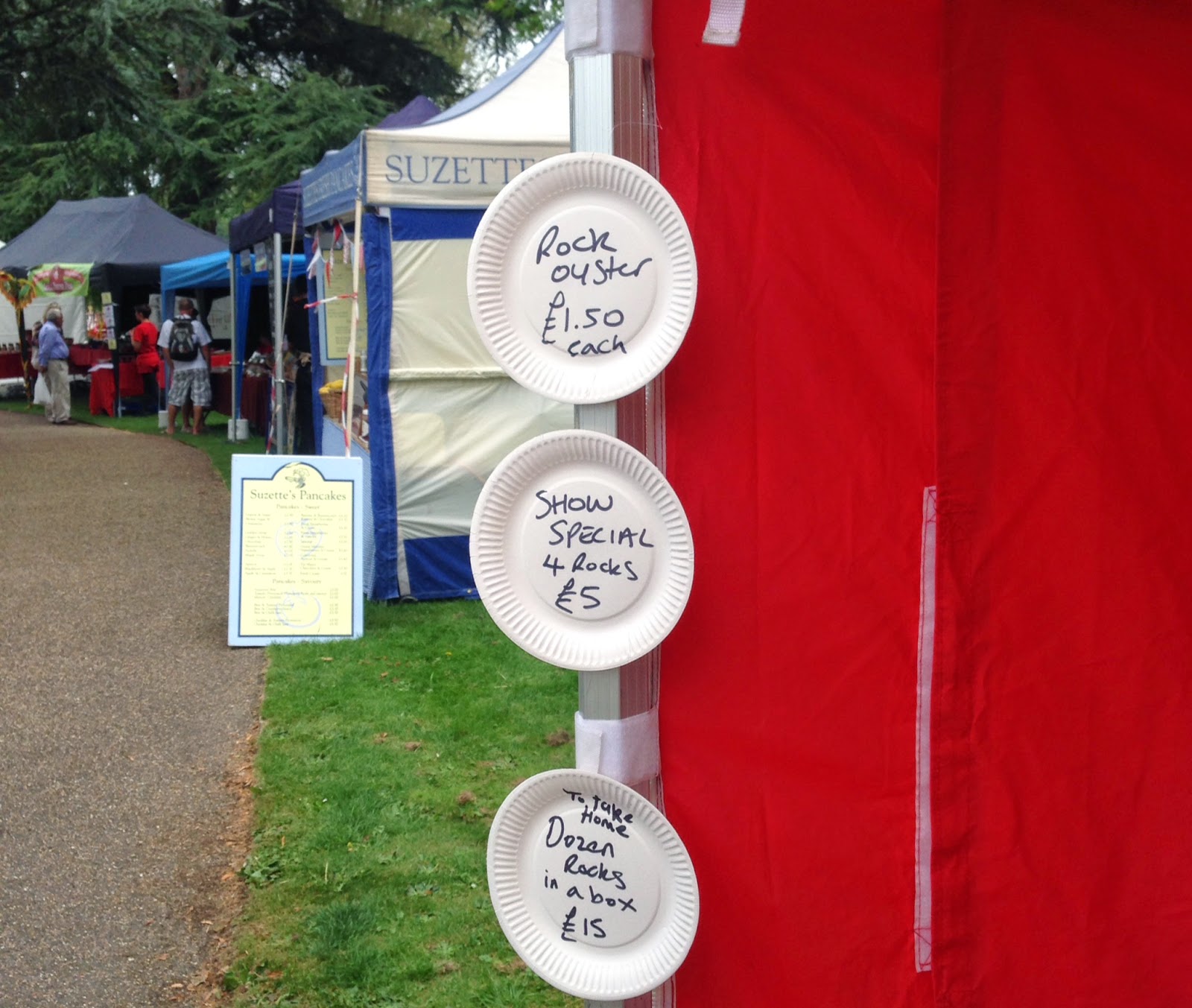 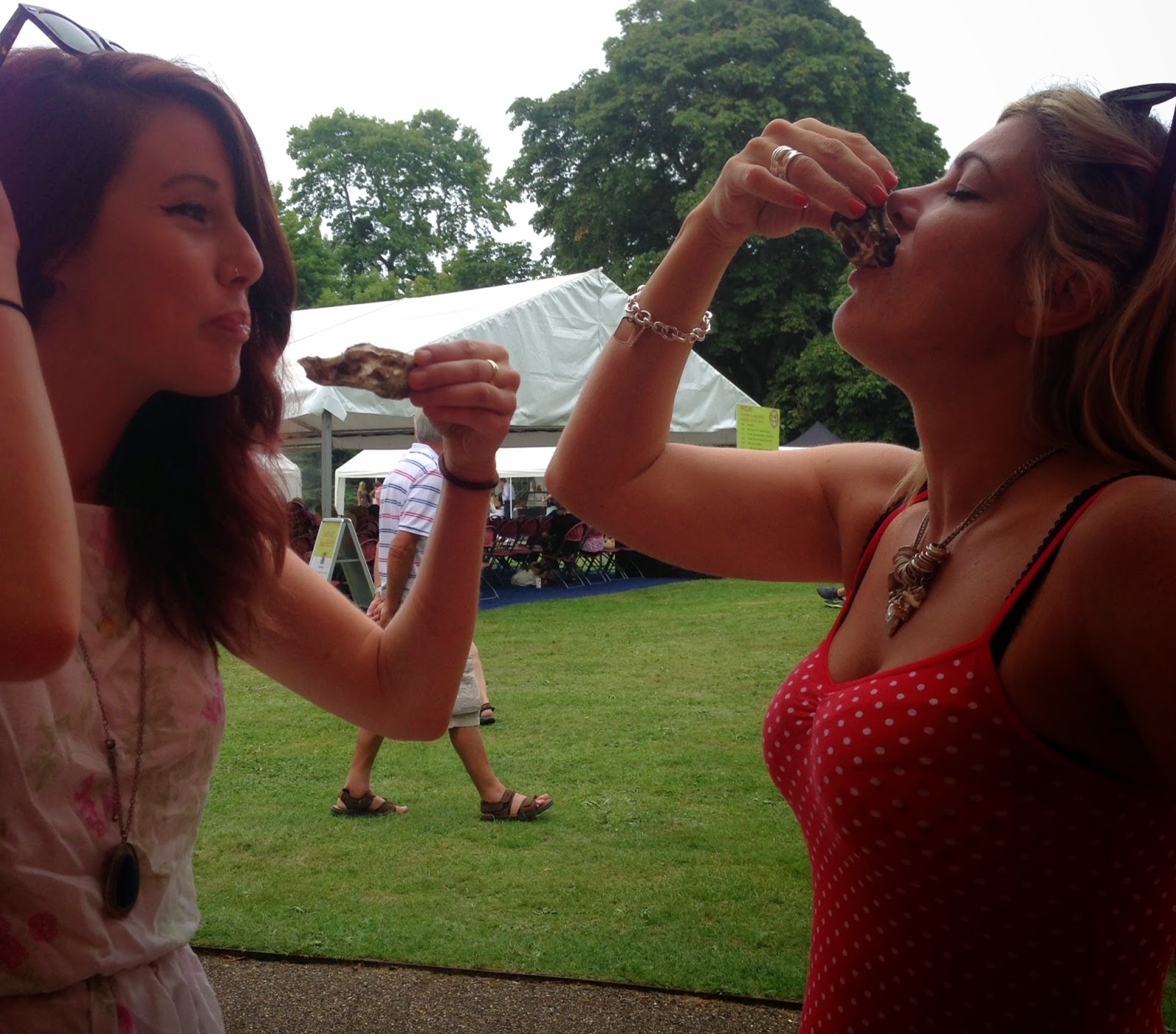 Even though someone recently described eating oysters as being similar to playing Russian Roulette, I really do love them.  We bought four for a fiver and then scored another two for free when we agreed to having our photos taken as promo for Tabasco- WIN. 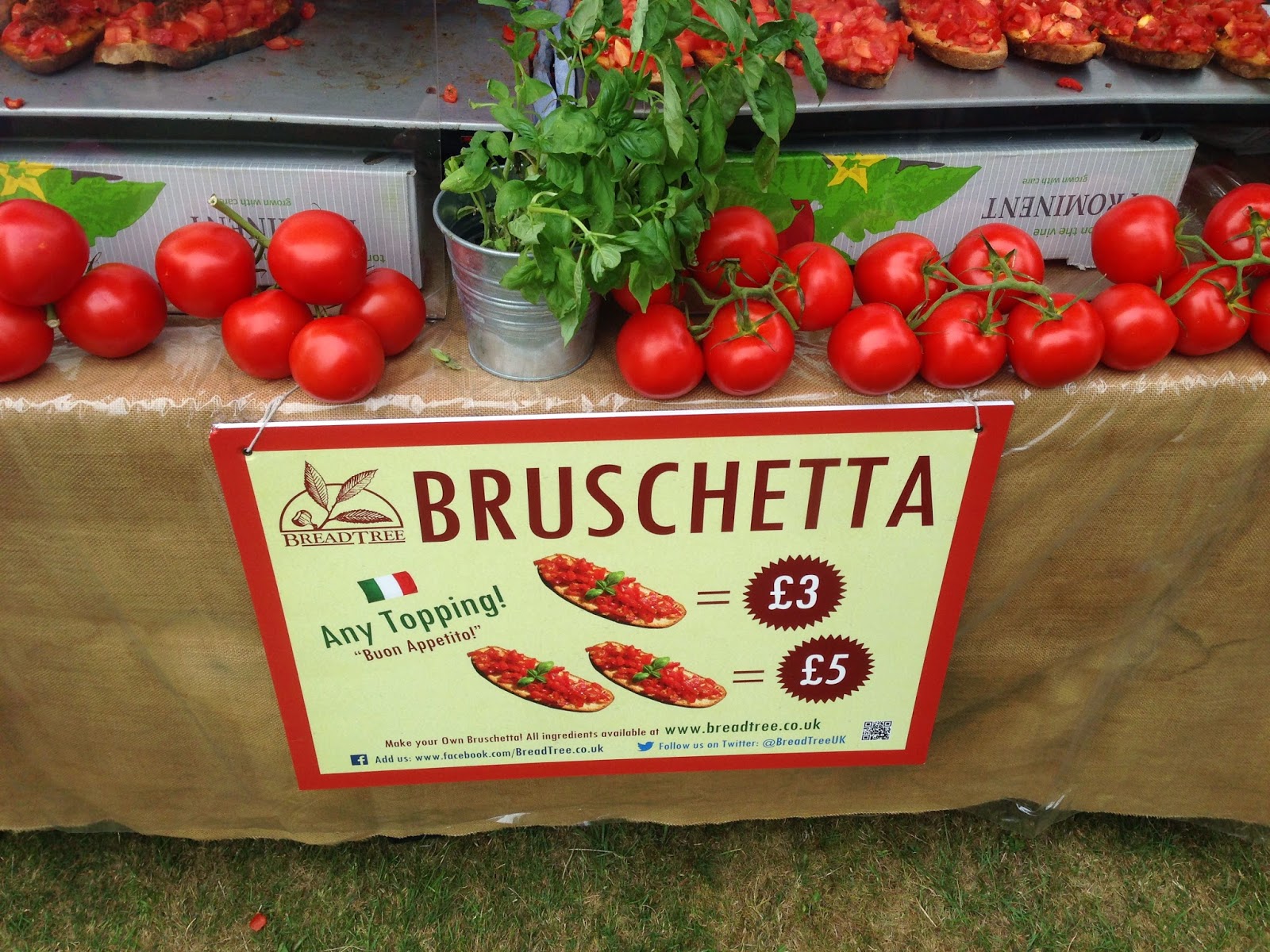 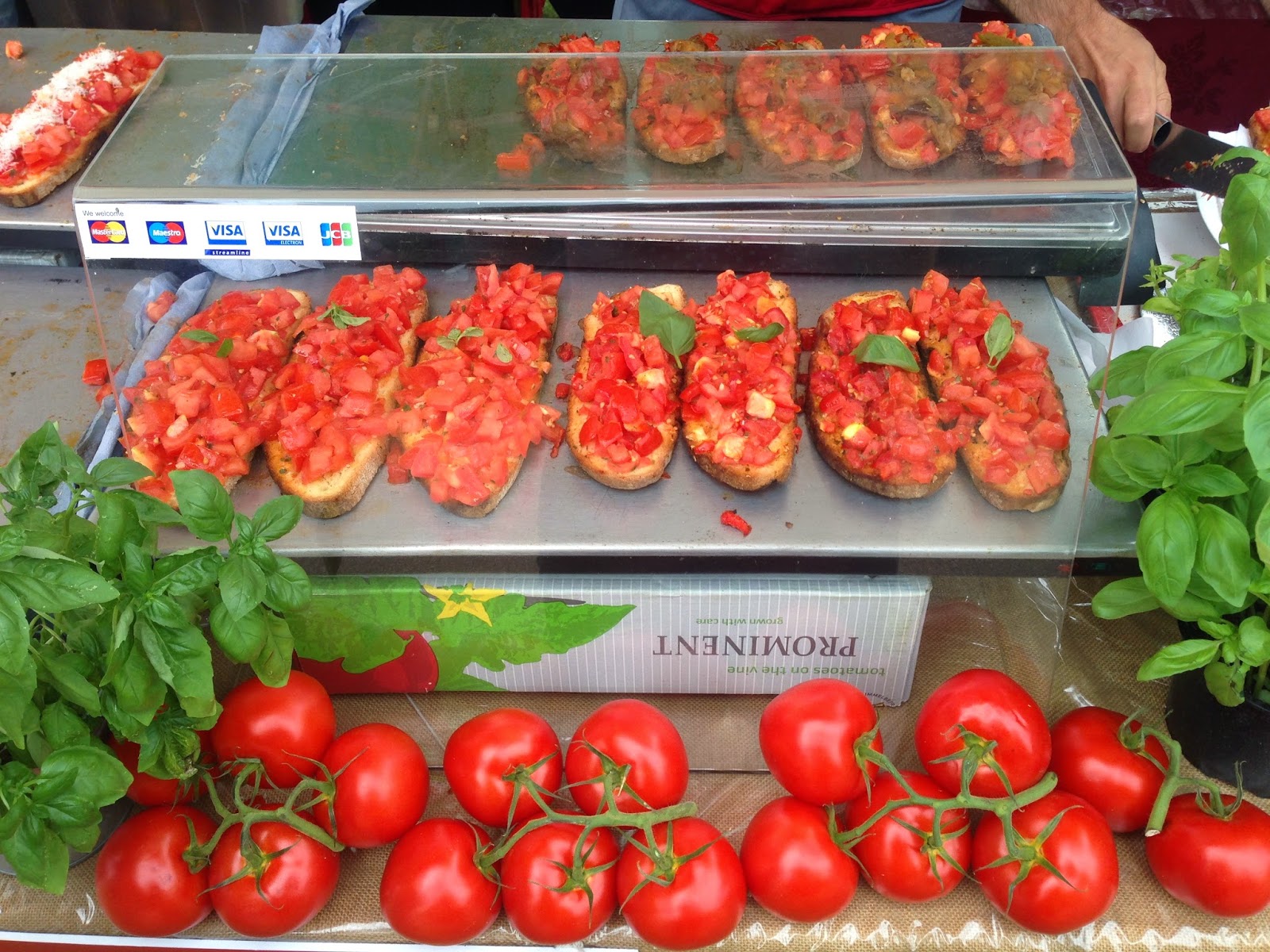 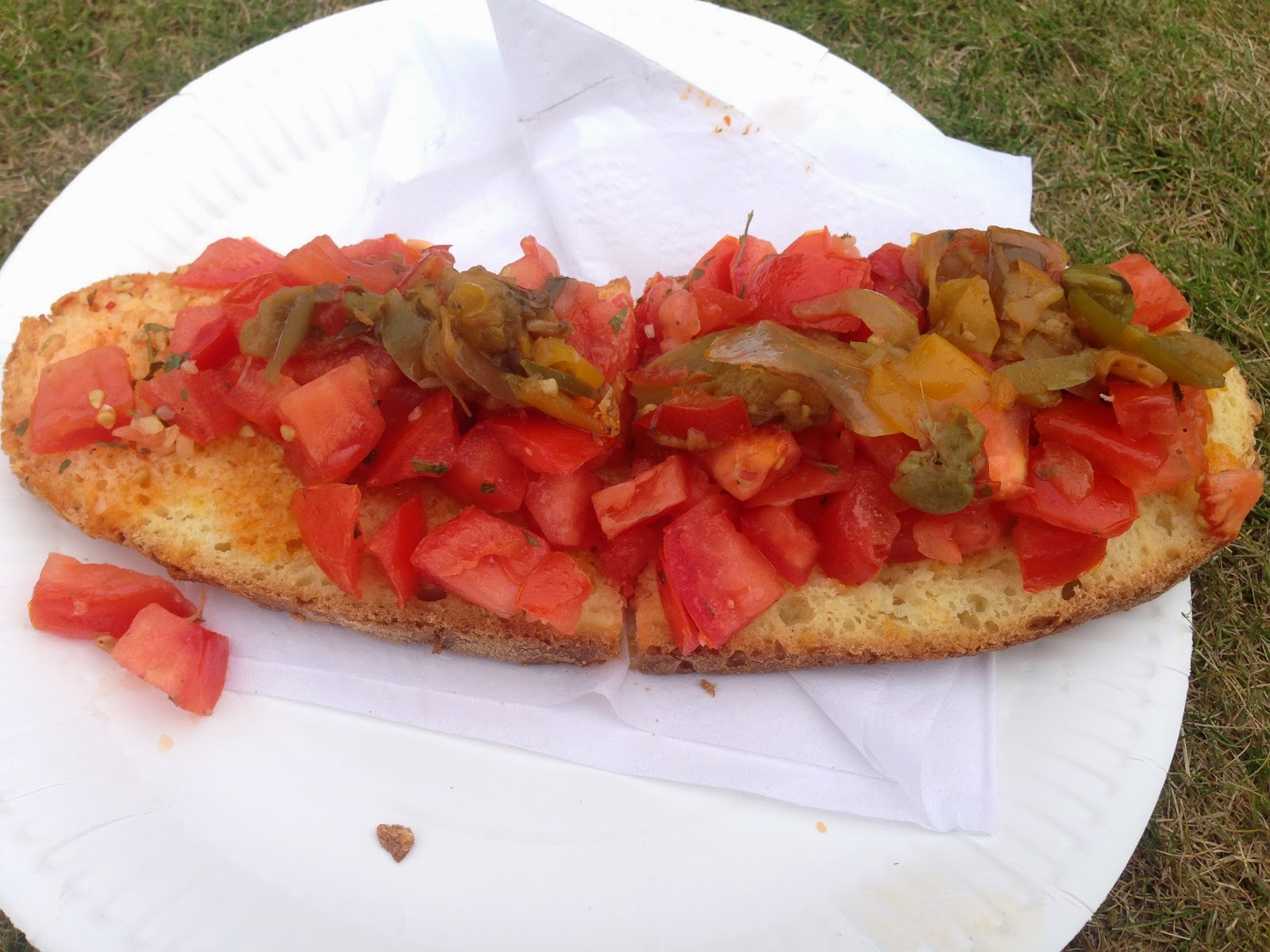 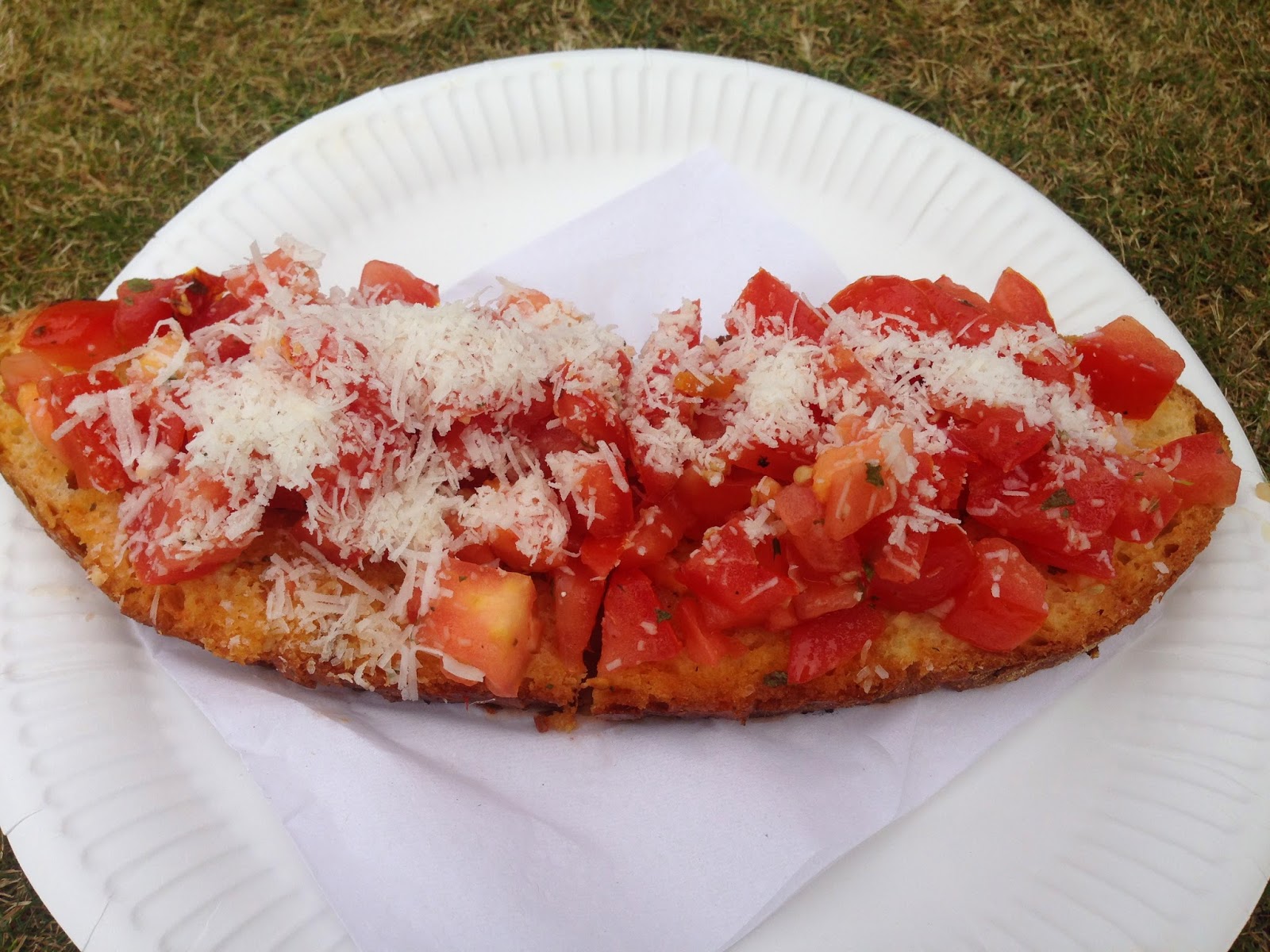 These were our last foodie purchase of the day, from BreadTree, we couldn’t decide which flavour to have so we snapped up the two for a fiver deal. They were really substantial and absolutely delicious.  We ended up traipsing around for a bit carrying them and they got so many compliments. The top one is tomato bruschetta mix and anti pasti style veg and the bottom has the mix along with a generous grating of tangy and pungent, pecorino cheese. The latter was my favourite and could only have been improved upon with some fresh basil in it. It was what inspired a recipe that I’ll be posting later this week and will be very definitely be making again too. 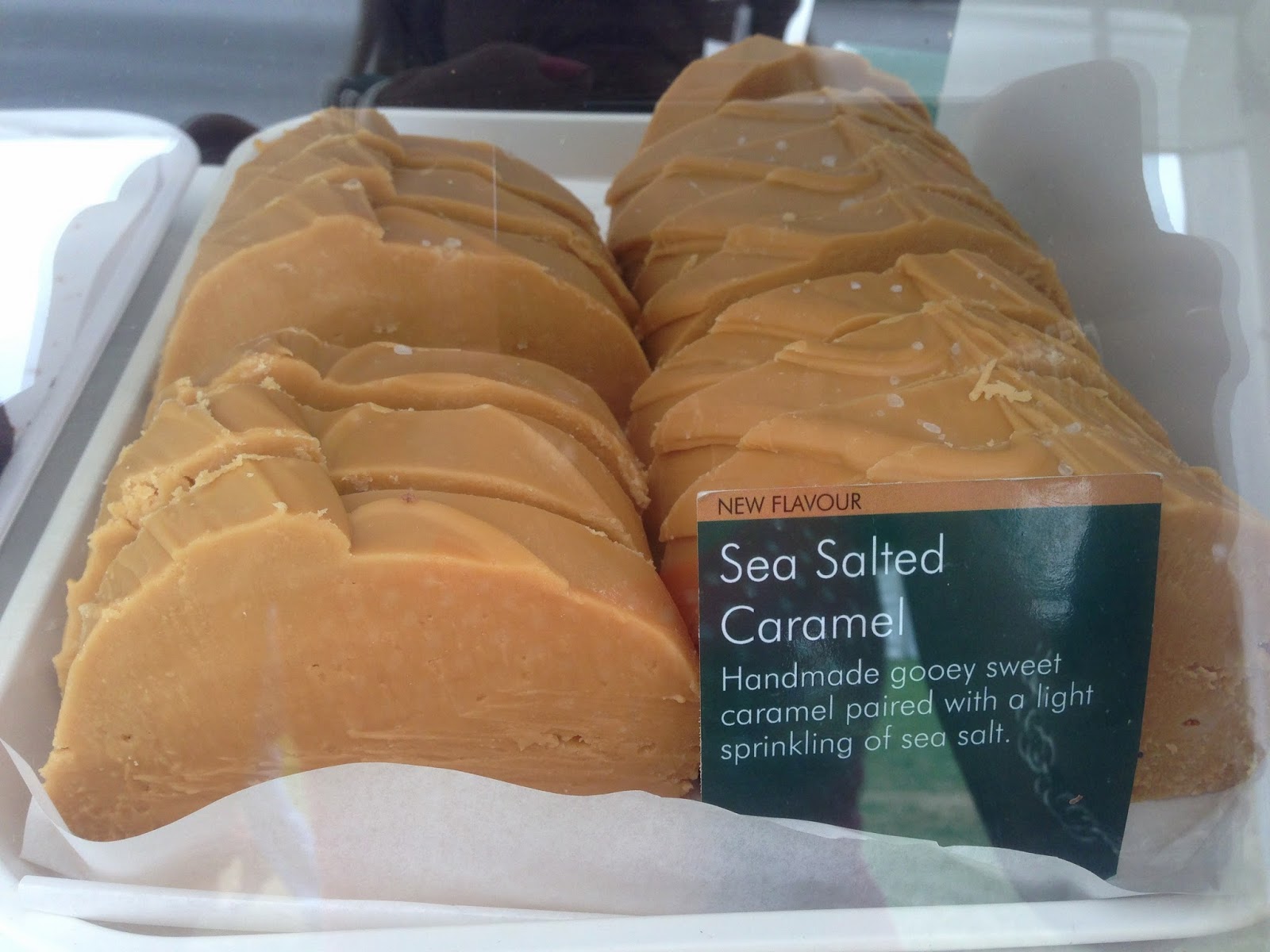 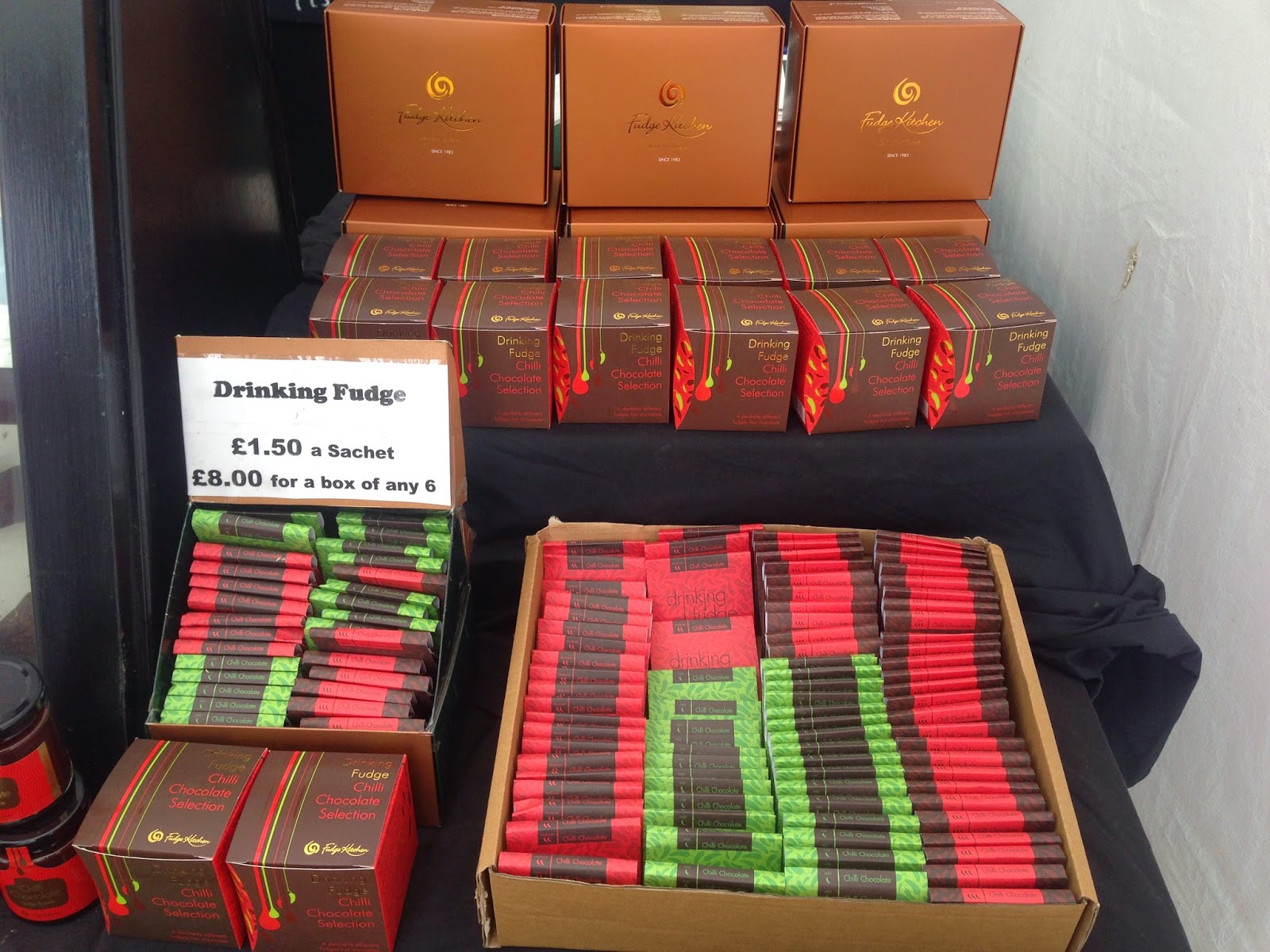 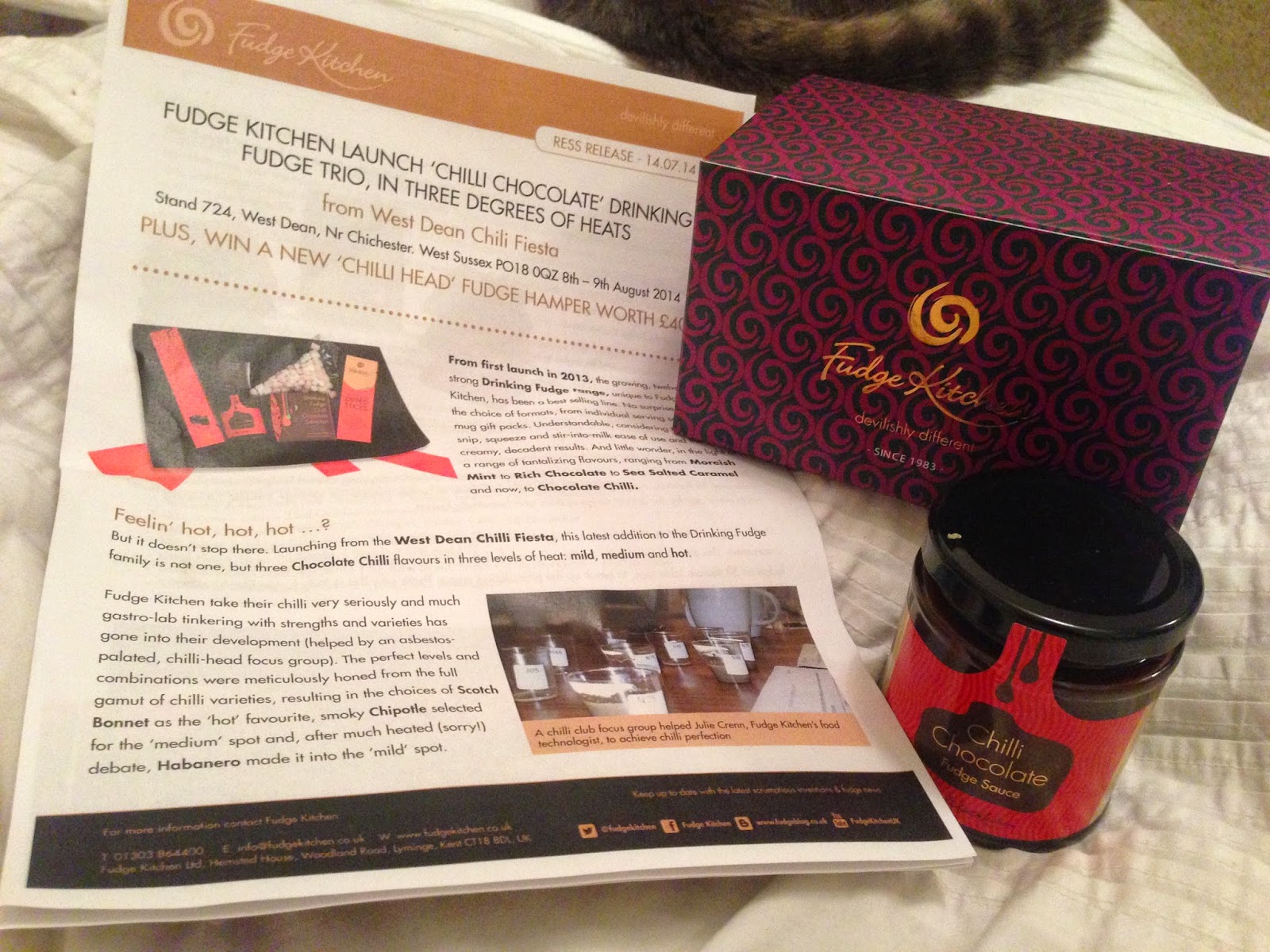 I pay a visit to this stand every year. Possibly some of the most expensive fudge I’ve ever come across; 4 (albeit large) slabs for £15, but if I’m honest, I’d pay even more for it- it is literally the best I’ve ever tasted and would recommend to anyone. I’d be over the moon to receive some of this as a gift.

The chap running the stall, Lee, was an absolute sweetie (no pun intended) and gave us as many free tasters as we wanted, and a cheeky little discount too.  I demolished the three gigantic slices of fudge over the course of the weekend but I need to dream up something really special to do with that chilli chocolate fudge sauce. 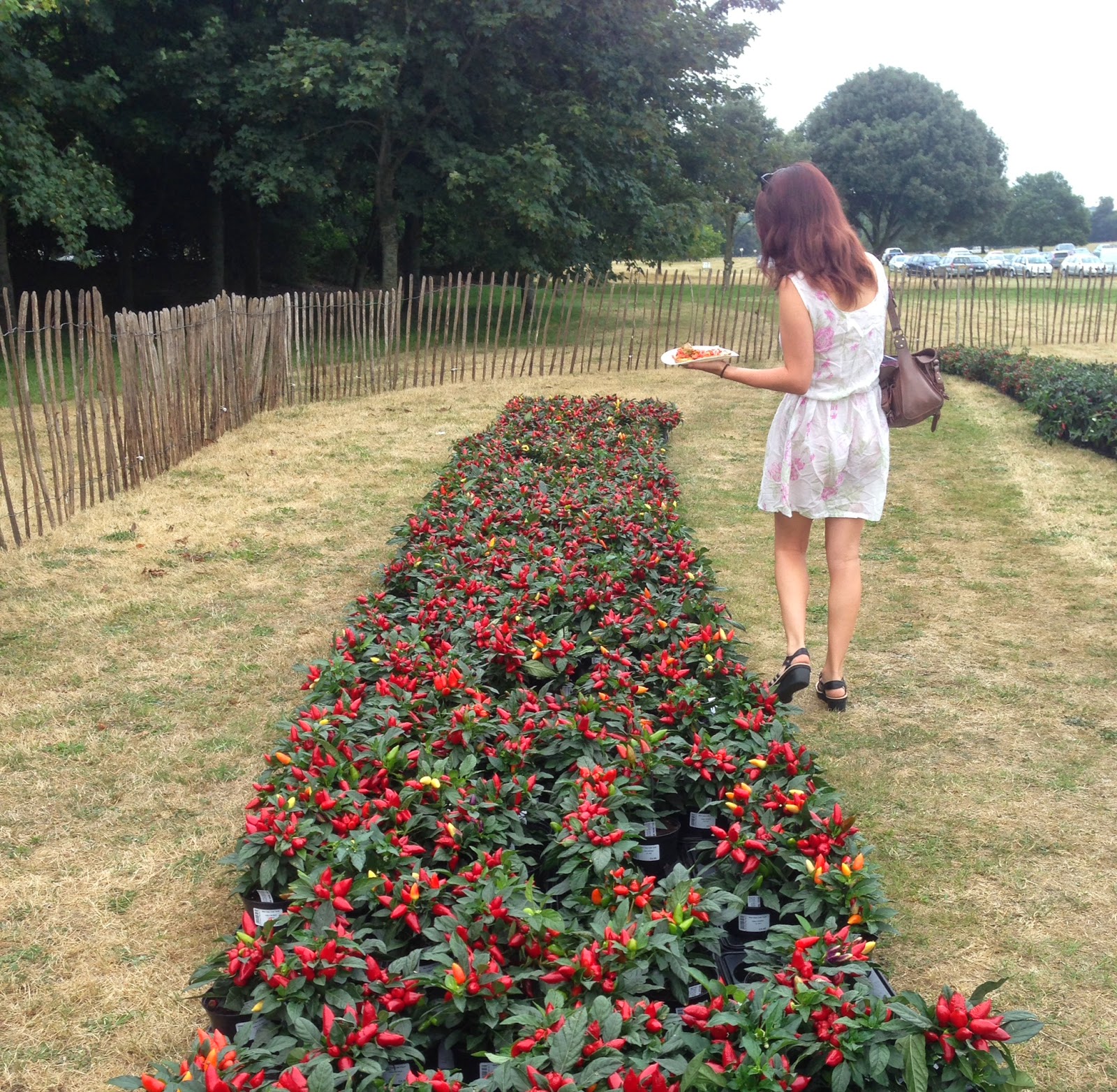 I was well jel’ that Alex could buy a chilli plant, for me, with my cats and their insatiable urge to destroy anything vaguely plant like, it would be pointless, and messy.

Have you ever been to West Dean Chilli Fiesta? Tweet me or comment below (you don’t need a Blogger account to do so), apparently it helps my SEO if you comment on here too, and seeing as how useless I am with coding etc, I need all the help I can get!