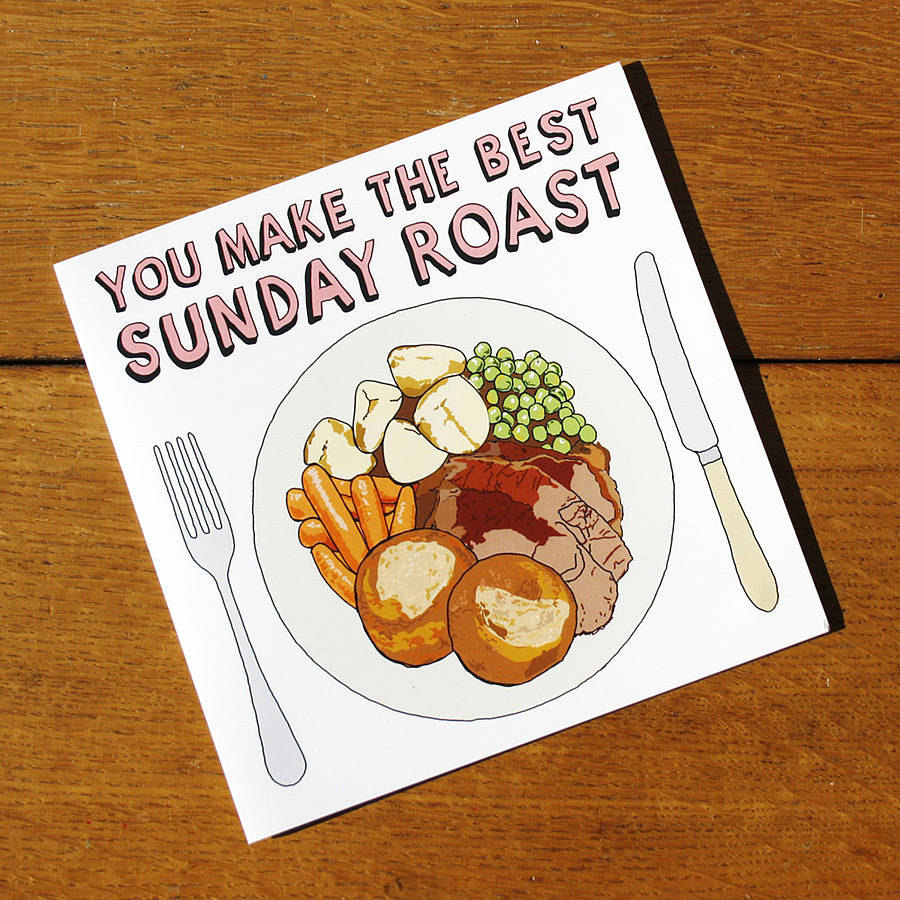 I’ve been back on my roast mission, and the results were, as ever, a mixed bag. I did four revisits (mainly because they are close to my house and I badly wanted them to have improved) as well as seven new places- with varying degrees of success.

If you’re unfamiliar with what the Brighton Roast Challenge is then check out #1 , #2  and #3 of this series of posts here.

In a nutshell: I’ve been road testing a series of  restaurants and pubs in the Brighton and Hove area to find out whose Sunday roast takes the crown for the best in Brighton.

This was my first of the revisits. Scoring an impressive 9/10 in the last round on the roast challenge (making it overall 2nd out of the 33 places I’d tried) I was keen to go back and see if it’d been a one hit wonder.

I went at 12pm, prime time, and encouragingly all of the tables were booked out, but when I said I was eating and running they let me have one.  I ordered the pork (I had lamb last time) and it arrived within about 15 minutes.  There was still an excellent variety of veg, which in the main part, were really well cooked, but the meat was a real let down and the roast potatoes hadn’t had the skins removed and were really soft, not unpleasant or anything, just a far cry from what you’d look for in a good roast potato. The crackling was quite soft and greasy but both the Yorkshire and gravy were homemade and lovely. I think the two point drop in mark is justified, it was nice, just not as outstanding as the last one. It cost about a tenner which I thought was fair.

Those potatoes were absolutely sublime, look at them, crispy, goose fat cooked perfection, I’d have liked a fourth! The pork was great with a generous slab of crunchy crackling nestled beside it.  The green veg came in a separate serving dish and was easily enough for three (there was two of us) and were just the right side of al dente- an extra point for the fact they had salted butter and pepper on too. We asked for extra gravy which was readily brought out to us and not charged for (tick).  If this’d had some sort of creamed leeks/cauli cheese element with it then it would have been the winner, possibly even trouncing winner so far, The Coal Shed, off its perch. All of the above for £11.50 which I think is enormously good value and I wouldn’t hesitate to pay even more than that if it was of the same standard.

This is about a three minutes from my house and I’m dying to make a repeat visit, for a roast and also to try out some more of their menu too.

If there are two places that people told me over and over again to try the roast at, it is this place, and the Sussex Yeoman.  After discovering the latter got 1/5 in the ‘scores on the doors’ for food hygiene etc, it has been crossed firmly off the list, despite it recently winning the ‘best roast in Brighton’ award at the Brighton Food festival. No thank you.

So it’s fair to say I had high hopes for this one, sadly it was more of a ‘meh’ than a ‘wow’. It was £11, wasn’t very big, wasn’t very hot, a couple of the roasties were rock hard in the middle and there was no cheese element. Most alarmingly of all, there was no Yorkshire – poor show.  The positives were the meat, although quite fatty, was tender and a fairly generous slab, the crackling was good and I love roasted shallots and savoy cabbage too.  I didn’t see the loos, but regrettably, I could smell them….

This was one of the previous mediocre performers from #3 of the challenge. It is SO close to my flat I decided to give it another go after seeing tweets about there being a new chef, and I really wanted it to be good but… just look at it.  The meat, although a generous portion and not entirely devoid of flavour, didn’t fall easily away from the bone as it should have done and was chewy, so chewy. The vegetables which had been thrown carelessly onto the plate were boring, and mushy. They yorkshire was homemade, but bland and a bit raw still at the bottom. The roast potatoes were tiny but not unpleasant and randomly, there was a side portion of lumpy mash which brought nothing to the party at all. It was a tenner. I didn’t finish it and when asked how it was, told them straight that it wasn’t very nice at all. I won’t be going back, even if desperate or hungover.

I went here before going on a date and proceeded to get shitfaced in a way that is most unbecoming for a lady (yes, before the date). I waited nearly an hour to be served this below average meal, and to say I was disappointed would be massively over stating the case.

The lump of pork was tough, and cold.  The potatoes, well, you can see quite clearly in the picture, were pitifully undercooked, as were the parsnips. Two types of cabbage, both cooked ok, but the green one was weirdly lettuce-like, in both appearance and taste. The homemade Yorkshire was nice and they gave me an extra one to apologise for the wait, but overall, it was a serious flop. Shame, cos I really like the pub itself. A friend of mine visited the other day and really rated it though, so it may be worth another bash. The above cost £11.95.

The first of two times this challenge where I have asked for my money back.  I went there on the recommendation of a very lovely lady I know through Twitter who raves about it, but sadly, my experience was very different.

The grey pork was so undercooked and tough I could barely wrench a mouthful away from it’s globular form, and when I did, I wished I hadn’t.  The roast potatoes and parsnips looked like they might once have been crispy, but they were flaccid and saggy, yes, saggy.  The unimaginative looking veg selection was still waterlogged and had clearly just been drained in a colander (badly) and dumped out onto the plate. I liked the bread sauce and the Yorkshire, but the gravy, it tasted as floury as it looks. The man behind the bar was apologetic in a…. defensive, way.  Said it was his partner who’d cooked it and that they’d never had any complaints before, but was sorry I hadn’t enjoyed it.

So this is the place that I sought salvation in after the abortion that was served to me at The Queen Vic. It was a VAST improvement.  The crackling and meat were very definitely the stars of the show, and the roast potatoes are some of the best I’ve had in a pub. I had to mark it down for the hateful beetroot that dominated my plate. I try and try with beetroot, really I do, but I just cannot stand it.  I’d have liked a bit more greenery on my plate, but that’s not to knock the other veg on there. The carrot and swede puree was delicious and I love a bit of red cabbage with a roast. No cheesy element lost them another half point too.

This was £12.95, so at the higher end of the scale, but the quality really was better than most of the pubs in Brighton. I went in at 4 o’clock and there were only a few other tables in there.  It’s a bit out of the way (just next to my favourite, Joe’s Cafe) but there’s lots of street parking outside. They get the official seal of approval from me.

Another revisit and a 1.5 drop in mark. I went for the chicken as the wafer thin pork from last time was still praying on my mind. It was fine, not great, not terrible, just fine.  The potatoes I didn’t eat, they were an alarming yellow colour and rock hard, so I decided to swerve them.  Homemade Yorkie was lovely and they veg was well cooked despite being unimaginative and a bit on the bland side. It cost £9.95.

The meal didn’t get off to the best start as when I arrived there was a man changing his baby’s shitty nappy, in the beer garden, on a bench. I’m not a parent, but surely, this is not appropriate behaviour somewhere that people are trying to eat?! Rank.

Anyway, I ordered the mix and match roast, at £14.95 the price tag is fairly steep, but look at the size of it.  All of the meat was local, and cooked beautifully.  They brought out a side dish of broccoli/cauliflower cheese too- tick.  The potatoes let it down, hard inside and tasted as thought they’d been sitting around for a while.  There were plenty of other veg to take my mind off it though. The Yorkshire and gravy were both homemade and delicious.  This is where I’d recommend if you’re at that end of town and want a roast.

I came in here on my own, armed with my sunglasses, a newspaper and a rather delicate head.  The staff in there were SO lovely to me, clearly sensing that I wasn’t in a good way. I waited about 25 mins for the above (it was busy and I was fighting off waves of nausea as well) and I actually really enjoyed it. It lost points on the potatoes (undercooked) lack of cheese element (a must) and the Yorkies (pancake flat) but overall, definitely one of the better pub roasts I’ve had recently.  I’m going in to review their Mexican food soon too, so will report back. This came to just under £14 with a bottle of coke.

The most recent and by far and away the most disappointing. A few people had told me to try here so I safaried it down to Hove to give it a whirl. My poor flatmate, her first roast in Brighton, her first time eating out with me and it was a disaster.  The service was terrible, we waited nearly 45 minutes to be served the above. I tried a bit of everything and other than the crackling, it was virtually inedible. I took it up to the bar where the pissed off looking manager gave me my money back and muttered some sort of apology. The other bar man came over to me and asked what I hadn’t liked. I said all of it, from the wait, to the food to their attitude. Avoid like the plague, it’s rubbish.

Where do you like to eat a roast in Brighton?  Have I missed anywhere?  Have you tried any of the places above more recently and completely disagree with my ramblings?  Post your suggestions/arguments/comments in the box below- I’d love to hear them.