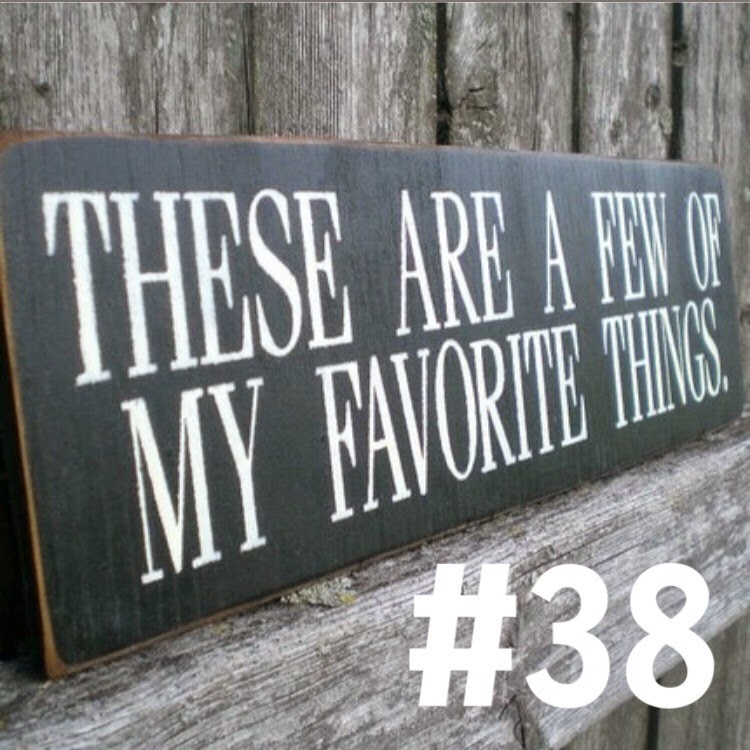 So if you read last week’s post you’ll remember that I had the greatest intentions about writing three posts a week from now on… then I got ill, OH SO ill. Achy, exhausted, sinus pain like you wouldn’t believe, along with an attractively puffy face and eyes like pissholes in the snow. I took to my bed, not seeing anyone other than my flatmate and some friends on Facetime whose comments ranged from ‘Oh my god mate you look disabled’ to ‘Shame we FaceTimed, I could’ve done without seeing your rank face’. With friends like these…

I’m feeling about 80% better now and my day has been mightily improved by a call from the Apple store to let me know that my beloved MacBook is ready for collection. MUCH HAPPINESS. I’ve been making do with my work PC (I know, first world problems) and it’s good for nothing other than writing emails and watching iPlayer on- in a certain position on my bed and even then it cuts out.

So what I’m trying to say is, I’m on the mend, I have a new phone with an excellent camera (review to follow this week) and I have a bazillion posts to write up before
my Birthday week(s) start and I have a bazillion more to do. My MacBook is back in my sweaty little grasp and I WILL be catching up. Thanks for sticking with me, you da best x

My pal Fran showed me a photo of a haggis shepherd’s pie that she made (check out her post here) that was the inspiration behind this. I LOVE haggis, my other haggis post is easily my most popular recipe hits-wise and I haven’t cooked with it for ages so I bought myself one from M&S and got going.  Anything with potato rosti is okay by me, and this one was made from swede and potato which I tossed in seasoned butter. I used this recipe for the base of the pie, but substituted the lamb mince for haggis and it worked beautifully. I didn’t parboil the veg as recommended, I think it can make them grainy and bleurgh, just don’t layer too thickly and give it a good blast at the top of a hot oven.

I’m not going to dwell too long on the electric blanket as I am frequently gunned across all social networks for my unashamed love of it, do not knock it ’til you’ve tried it.  Top right is my bona fide relief from any cold and flu like symptoms. I’m not going to say it’ll cure you, it won’t, but it’ll take the edge off and I’m all for that! Apple crumble and custard, cos I saw it on Instagram and decided it was the only thing that would comfort me. And that deep sleep pillow spray, I swear by it, I really do get a better night’s sleep when I use it. Pricey, but worth it. I bought mine from Boots, but if you’re thinking of purchasing then check out the Feel Unique site as they are forever offering 15% discount codes and the whole site, product range and delivery service is phenomenal.

My absolutely scrumptious God Daughter Delilah, looking a teeeny bit like the Pilsbury Dough boy (her Mother’s words not mine). She’s one of the most precious people in my life, I wish she lived in Brighton so I could see her all the time, she is partial to a bit of FaceTime though (generally just shouting ‘me’ into the camera) I LOVE HER.

I’ve been spending a lot of time looking at my shelves this week (they’re at the end of my bed) and one evening when I couldn’t sleep I decided to totally sort them out, which has turned into a mega organisation and overhaul of my whole room and I feel, well, cleansed. I can highly recommend it. The beauty products are just the overflow, I have a whole dressing table covered in skincare as well as two more massive makeup bags. Oh and I also own a lot of nail polish… you can’t judge me more than I judge myself.

Rocco has barely left my side since I’ve been ill.  Mainly because when I haven’t been running a raging temperature I have been cranking up the electric blanket (see above) and he loooooves it. Stripe’s been slightly less helpful, incapable of sitting still and whining constantly for food.  Anywaaaay, that’s enough of the crazy cat lady speak….

From the new Jamie Oliver book I mentioned in a previous favourite things post… it’s as filthy as it looks and I will never, ever be cooking my cheese toasties any other way. You can watch the episode of his series where he makes one on 4od- well worth a look, and buying the book too- would make a lovely gift for anyone interested in food (and already has) too. The stuff in front is spiced mango chutney, just FYI.

On Friday I was so sick of my own chicken soup and 4 walls that I made a mercy dash to Street Diner to get some proper food inside me. When I say dash, I mean, I drove and parked highly illegally while I dashed in, brought all of the above as well as some AMAZING honey and cardamon cake from Honeycomb Cakes, and it’s one of my favourite things she’s ever made.

Both of these Street Diner heroes switch up their offerings depending on the season and customer requests, so get down to the Town Hall in Hove on Wednesday or Brighthelm Gardens on Queens Road on a Friday, I can’t recommend these guys and the entire market enough.

My first, decent, home-cooked meal in five days, and even though it’s poor form to ‘mmmmm’ one’s own food, I still did. The pork I just seasoned and put in the oven for 3.5 hours at 150 and then turned up full for a final half hour burst to crisp up the skin. It wasn’t the best crackling I’ve ever made, I think it’s cos I drizzled it with a bit of oil, it needs to be bone dry to get the best crackling. The root veg gratin was a Food 52 recipe which I adapted slightly by adding cream and Taleggio cheese instead of Gruyere. It was scrummy. Again, do not spin out and parboil, the veg will cook, just layer with garlic butter like in my potato dauphinois recipe.

I don’t often have a lot of nice things to say about the Apple store in Brighton. It’s heaving, it’s noisy, it’s full of people etc etc, but I’ve been having work done on my laptop and the customer service in there was so fantastic (Gwyn and Sarah) that I was persuaded into getting an iPhone 6 (Gareth and Simone) where the service was also absolutely exceptional. I would top myself if I had to work in there, but they’re all absolutely amazing and all with such a great sense of humour, that it made one of my most hated tasks a pleasure. Now to get to grips with my girthy iPhone…