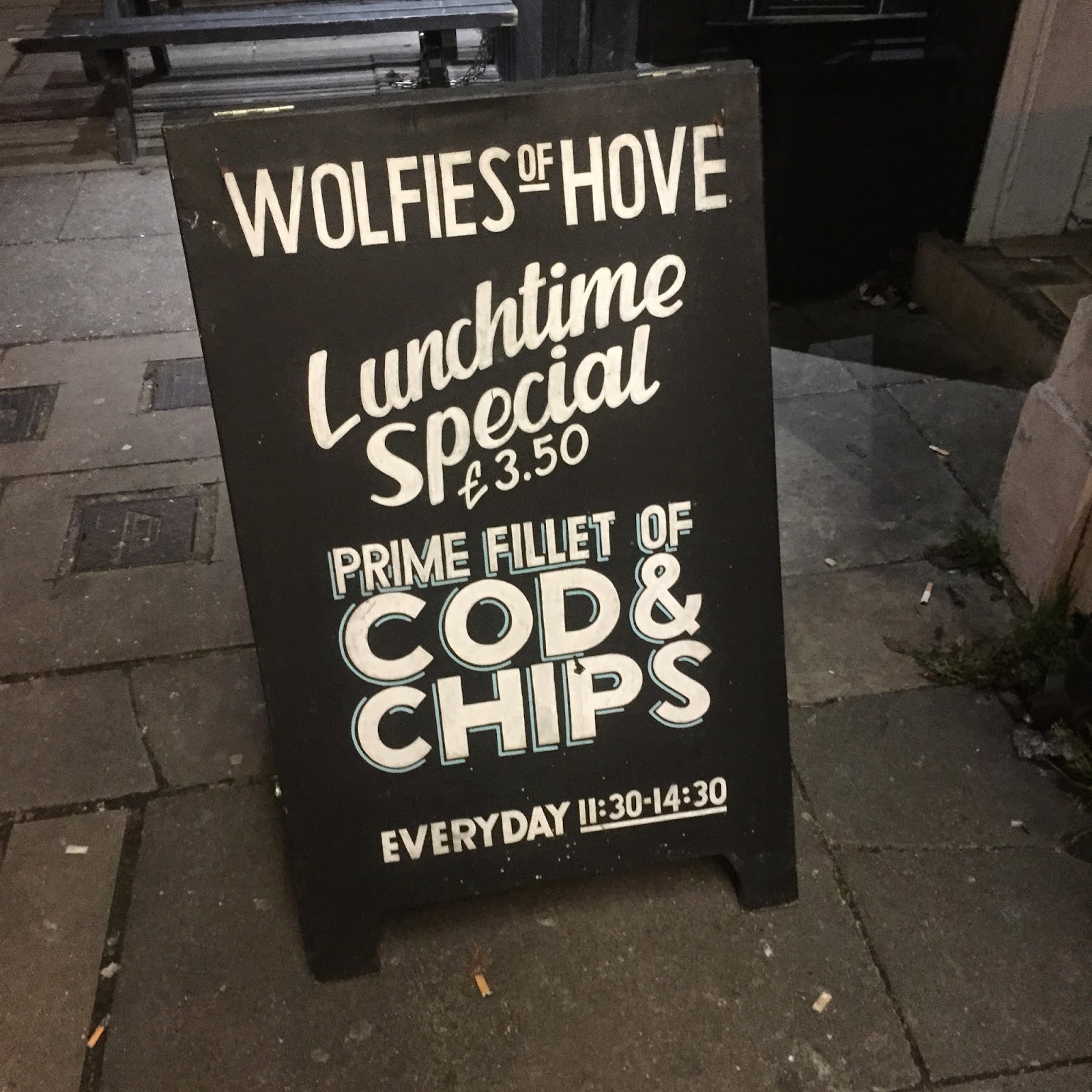 I think anyone who doesn’t actually live here would be amazed to know how hard it is (impossible) to get a good chip shop supper in this seaside city of ours.  You’d be forgiven for imagining the stretch of seafront from Brighton down to Hove to be crammed full of chippys selling tasty and local fish chips…  I’m not going to beat about the bush- it isn’t, it’s full of lazy, overpriced (but cheap and nasty tasting) offerings, aimed squarely at the tourists,  who are so giddy on the fact that they’re ‘by the seaside’, their senses overtake their tastebuds.  For shame.

When I said this on social media a while ago, a few people piped up saying Bankers and Bardsleys, and yes, I’ve visited the former many times and it’s variable- never brilliant though. And the latter is so out of the way I’ve only bothered once and the person who served me my (average) chips was so sour, I’ve never bothered returning. It was a long time ago though so maybe a revisit is due… 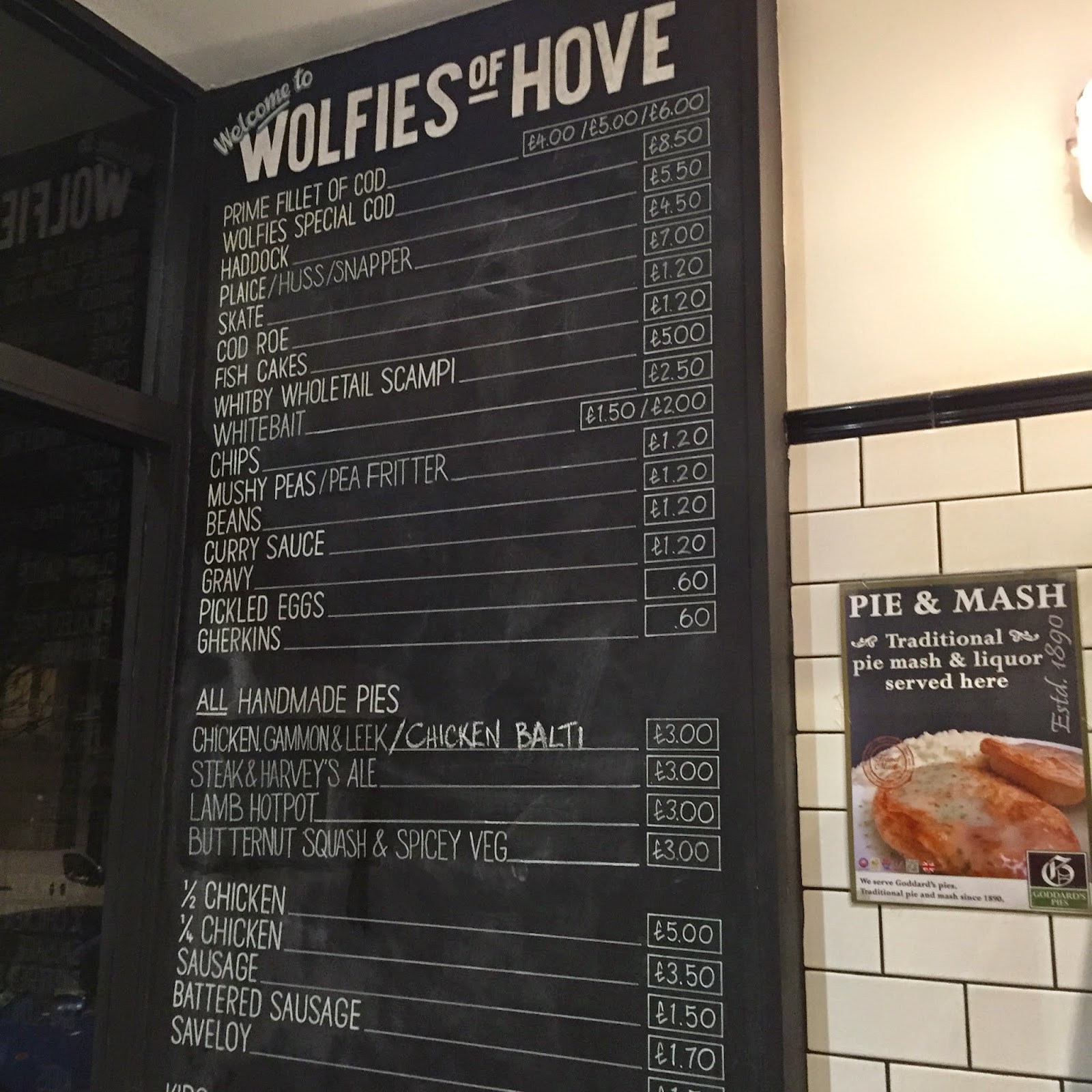 Love the menu, looks so much cleaner and more appealing than the greasy looking discoloured signs that you see along the seafront. Nice variety of food, definitely at the more sophisticated end of a chippy menu, but not so posh it would put off ‘Joe Bloggs’. Really good price points too I think. 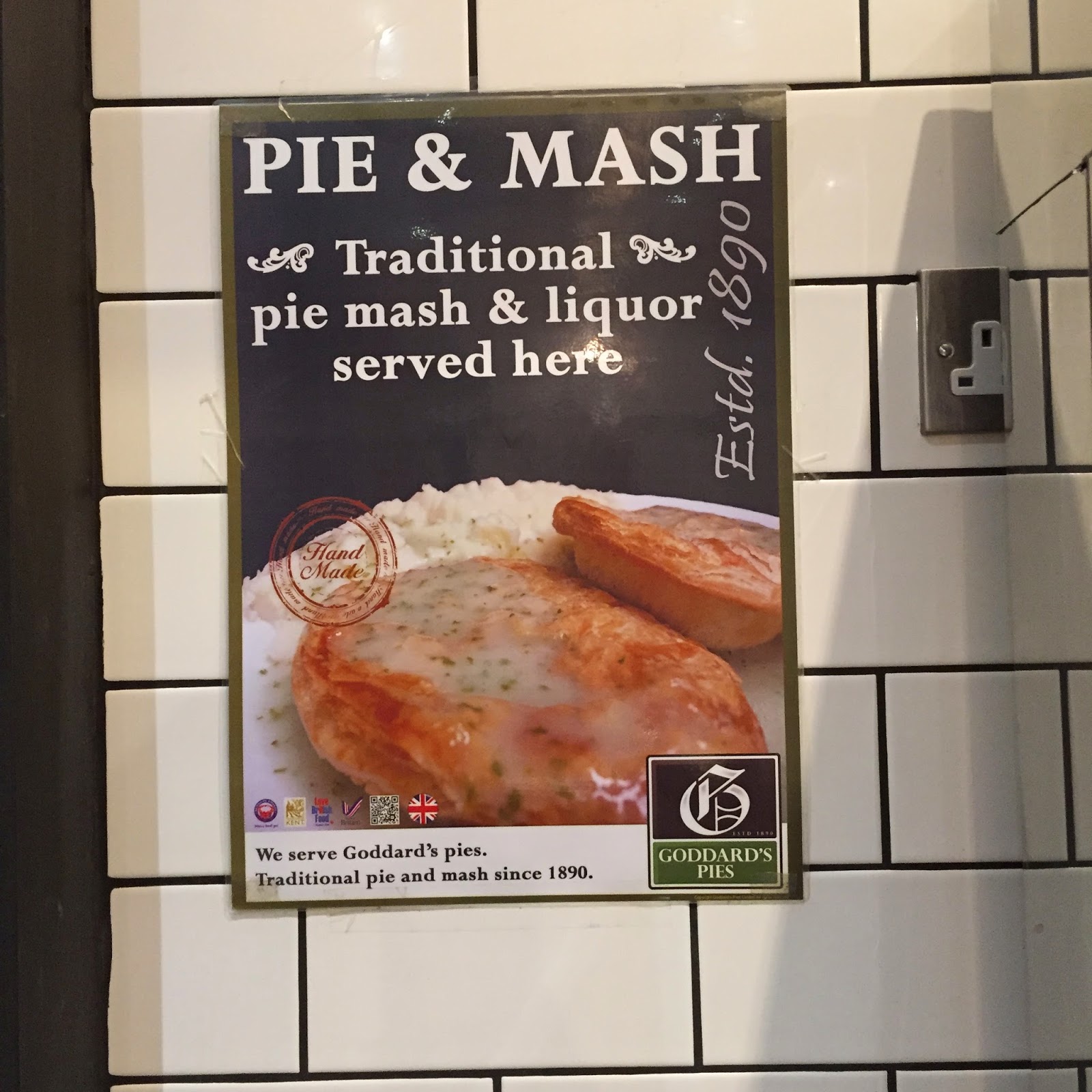 I can’t lie and say I wasn’t disappointed that there was no pie mash & liquor on offer the night I went in. I’d mentally prepared myself to eat that, as well as try a portion of fish and some sides, I’m nothing if not dedicated to the cause… 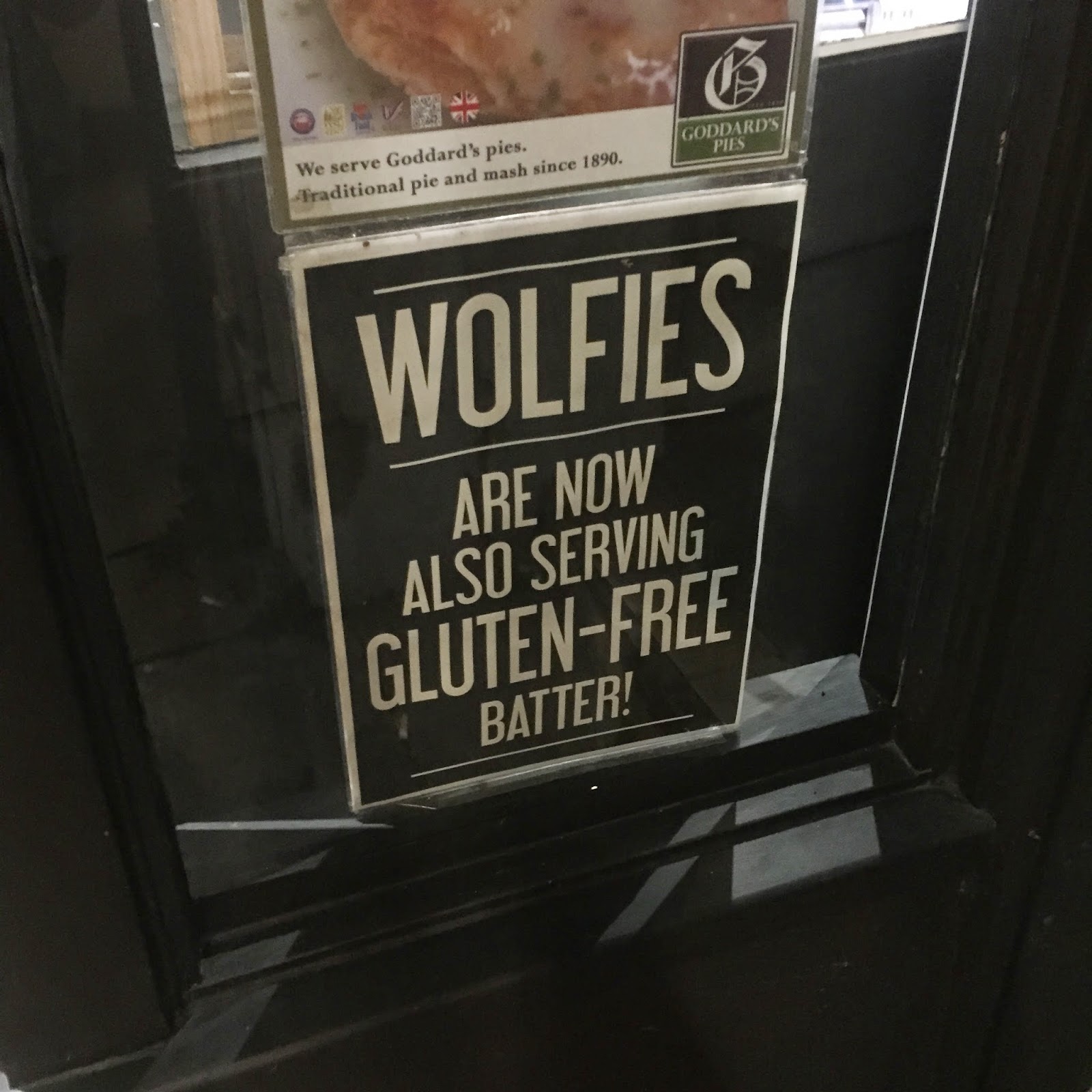 This means nothing to me, but I gather it’s a big deal…

As the only chippy in the city offering a gluten free batter, it’s something they take very seriously. They even have a separate fryer to ensure no cross-contamination, impressive stuff if that kinda thing floats your boat. 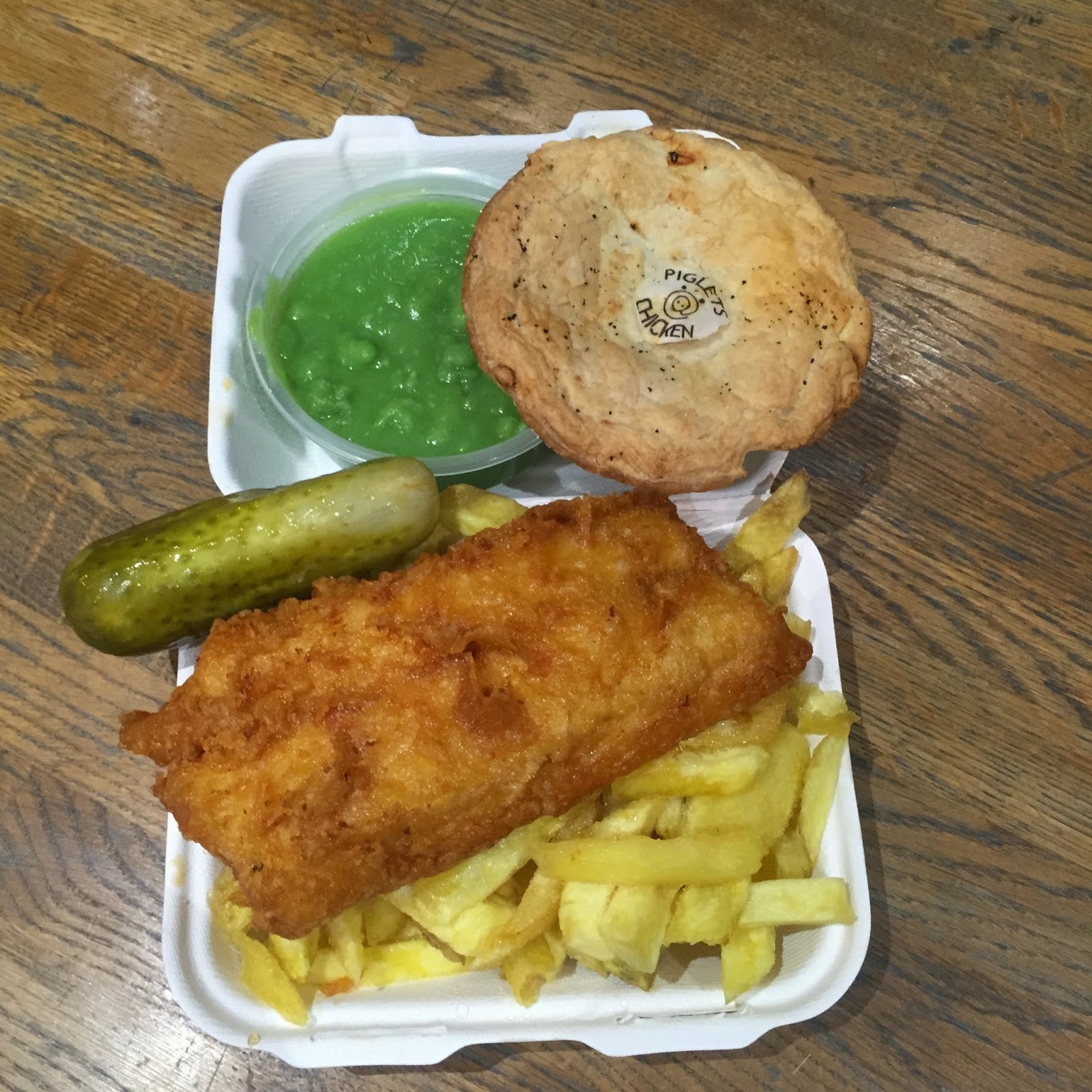 Fish and chips, like pizza, doesn’t travel well, the second you wrap it up, it steams itself inside the paper and goes soggy- which I think anyone would agree, is not the one. To avoid this I asked if it was alright to ‘eat in’ on the table at the front and was made most welcome. 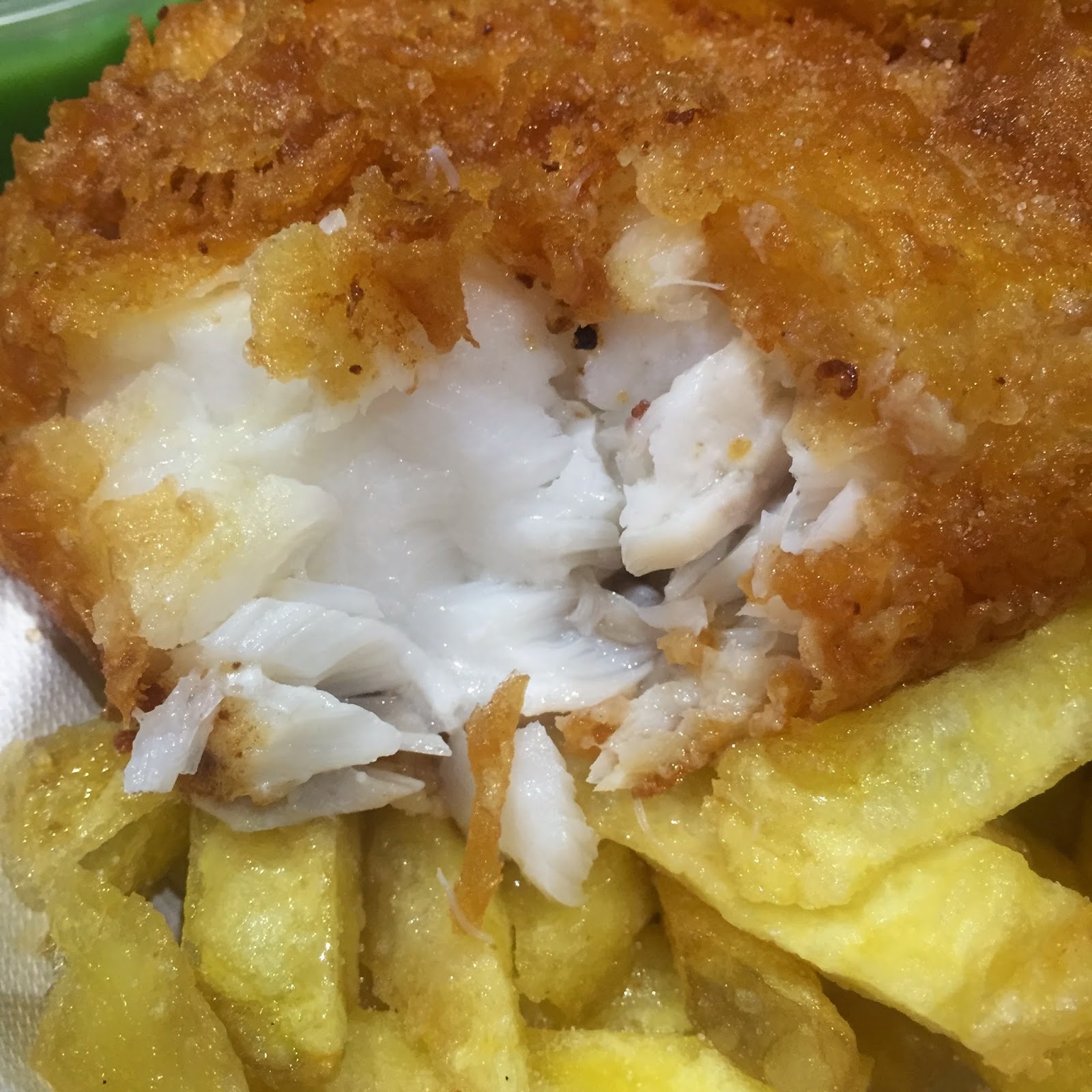 You all know what fish & chips tastes like so I shan’t bang on forever about it. But you can see from the picture above how perfectly cooked the cod was; soft, juicy and didn’t break away in tough chunks, the way a less accurately cooked fillet might have done. My small portion was roughly the size of a house brick and the (non GF) batter was honestly some of the best I’ve ever eaten.

The pie was from Piglets, a local company who also supply the AMEX stadium, an ex boyfriend of mine went to a game there on Valentines Day, and turned up at mine after, paralytic and serenading me with a cold, slightly stiff, steak pie; who said romance is dead….  The gammon, leek and chicken one I ordered was loads better, partly because I didn’t have to eat it in his company (meow) but mainly because it was piping hot with crisp and buttery pastry, which gave way to a rich creamy filling. It was worlds away from the minging ‘pukka pies’ that seem to be standard fayre in chippies up and down the country.

The chips are made from potatoes sourced from a supplier near Uckfield, and whilst I really liked them*, I don’t think another minute or so in the fryer would have been a bad thing, not really a complaint, more an observation. I ordered a regular portion and struggled to finish it.  That may have been something to do with the two mains and two additional sides I’d ordered as well… oink.

*Although I enjoyed them, 3 or 4 people commented on my Instagram saying that they hadn’t at all, however, none of them had visited recently and said that mine looked much better than their’s had. 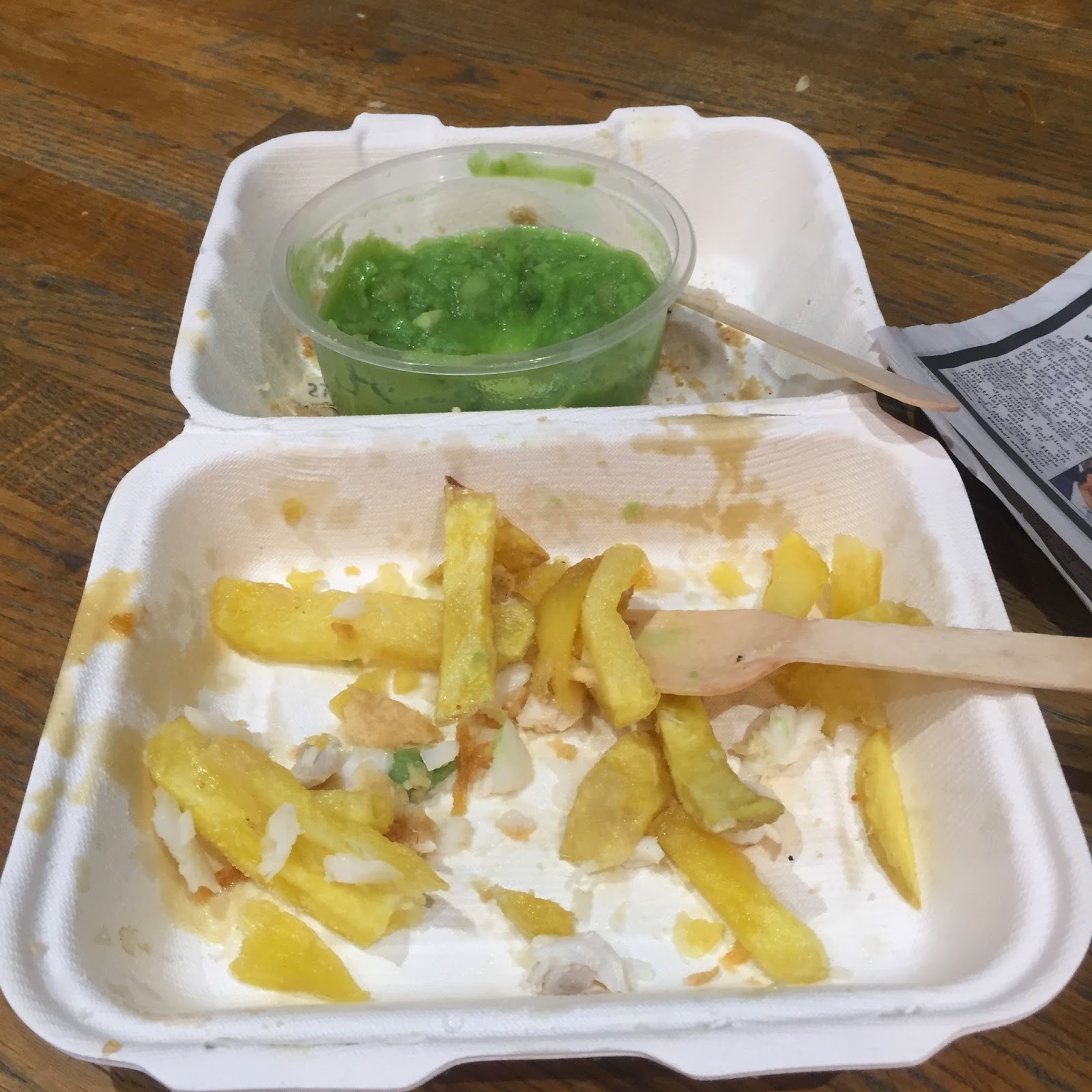 I ended up sharing the table with a very nice man from Dublin, who was absolutely raving about his food as well, he said they were the best chips he’d had.  The stream of customers through the door was almost constant, and many of them seemed to be regulars as well- always an encouraging sign.

The above came in at just under a tenner (they threw in the gherkin for free), but then I am a greedy bitch whose eyes are very rarely bigger than her belly. You could feed yourself well here for £6 very well indeed. I would say that it’s the best that money can buy you in Brighton, or Hove (actually).

Have you tried the fish and chips at Wolfies?  Do you totally disagree with my opinion on the Brighton chip shop offering?  Please do comment below or tweet me x