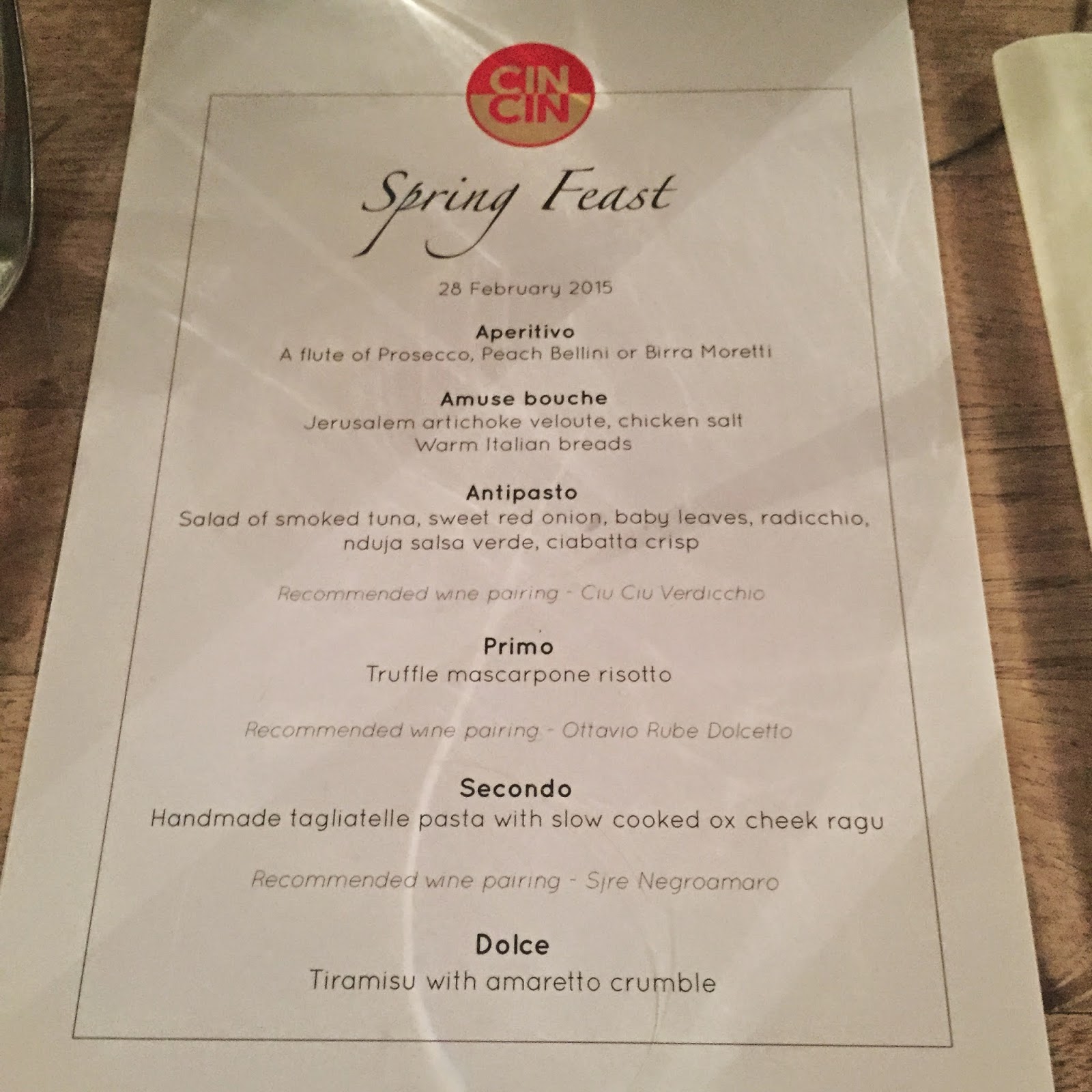 Despite them having won the Brighton heat of the British Street Food awards and popping up at various local festivals and food markets, I’d never actually tried the food at Cin Cin, so was thrilled to receive an invitation* to their most recent pop up at The Velo Cafe.

I’ve cut and pasted the blurb on their lovely website and put it below. 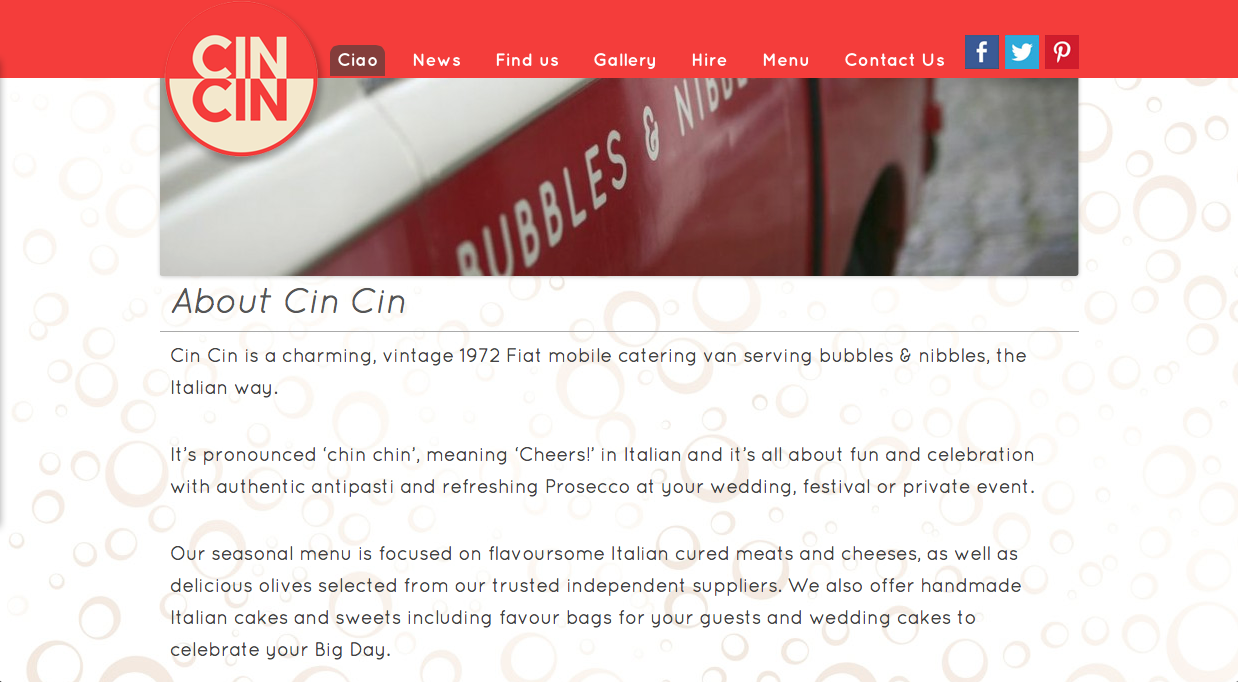 They’re right, their mobile catering van is charming, as is David, the owner of Cin Cin. He was a wonderful host on the night, throwing himself into the front of house role and serving tables along with the waiting staff.  The whole vibe of the evening was friendly and informal, everyone around us seemed to be having a great time. Even the guys sitting next to is (who were having to eat a modified menu due to their certain believes around food) seemed to be enjoying themselves. 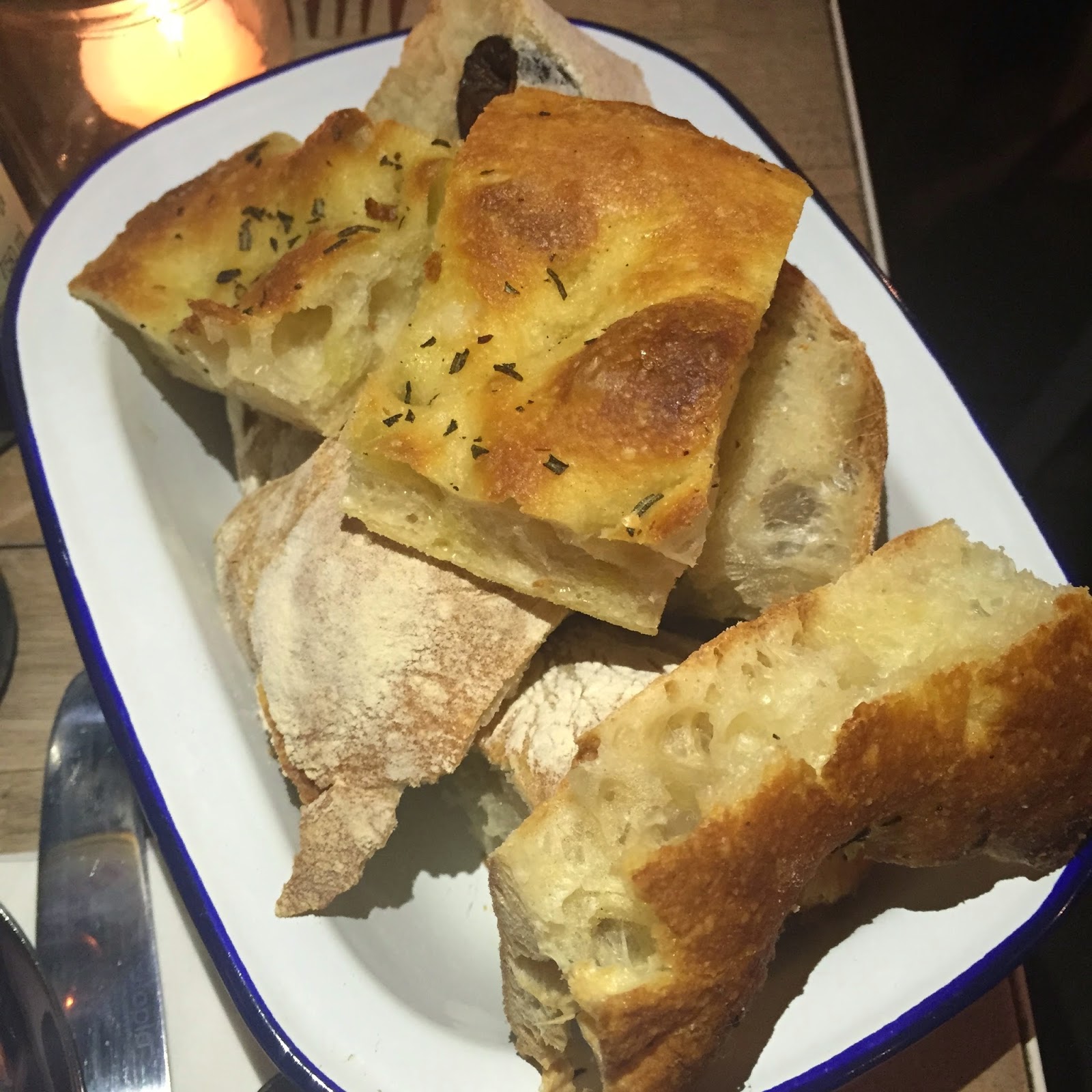 I know it’s the bread that was meant to be the star, but in actual fact it was the olive oil it was served with that really stole the show. I was certain I took a photo but my iPhoto appears to have eaten it, so you’ll just have to take my word for it when I say, it was dark green in colour and slightly fruity and peppery in flavour and they’d given us more than enough to go with the ample serving of bread too. 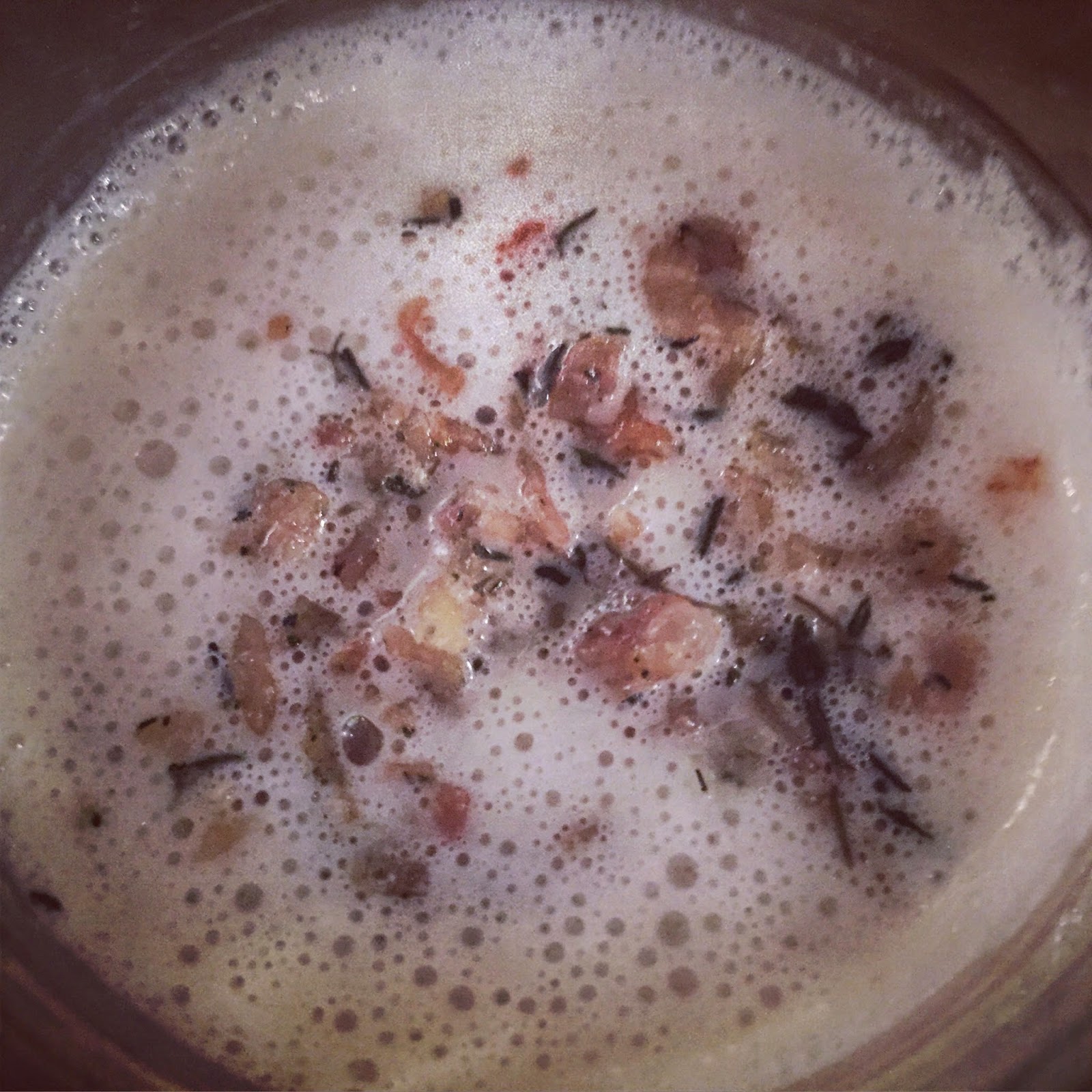 Cin Cin could have been really unlucky with this as I’d had the best velouté of my life at The Gingerman only two days beforehand. They needn’t have worried though as this was not entirely dissimilar and just as good in its own way. This is the second time I’ve had chicken salt recently and I’m a big fan of its work. I love artichokes too and the silkiness of the velouté with the crunch and saltiness of the topping, was the stuff that my food dreams are made of. I’d eat a fruit bowl of it! 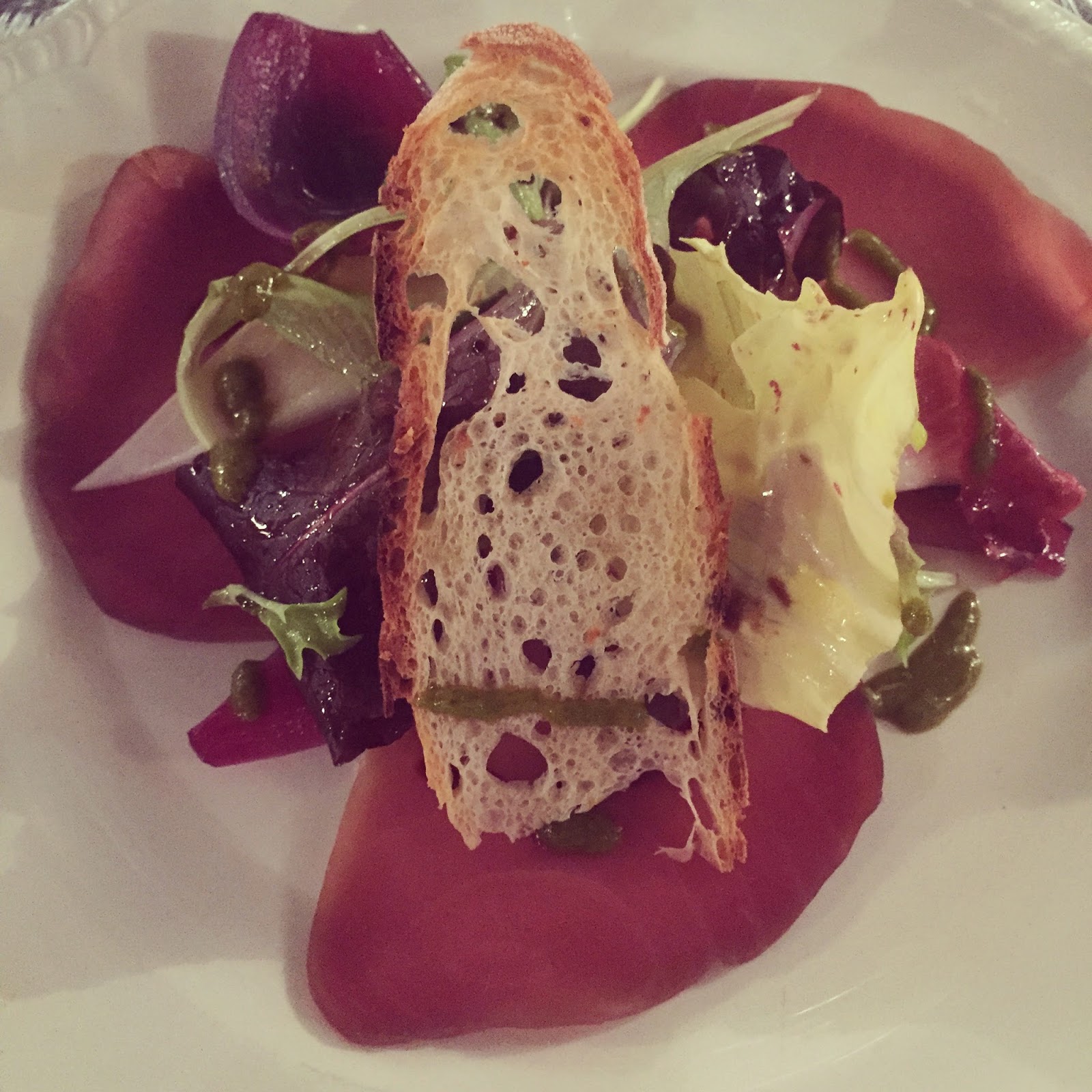 This was Jenna’s favourite of the courses and I thoroughly enjoyed it too. The smoked tuna was generously sliced and the smoky flavour really came through,  a nice change from the carpaccio that is often found on menus. I have no qualms about eating most things raw, as long as they haven’t been lurking about in some fridge for ages. and you could taste from the first bite how fresh this was. It was Jenna’s favourite dish of all and she was raving about it for days after, and I don’t blame her. 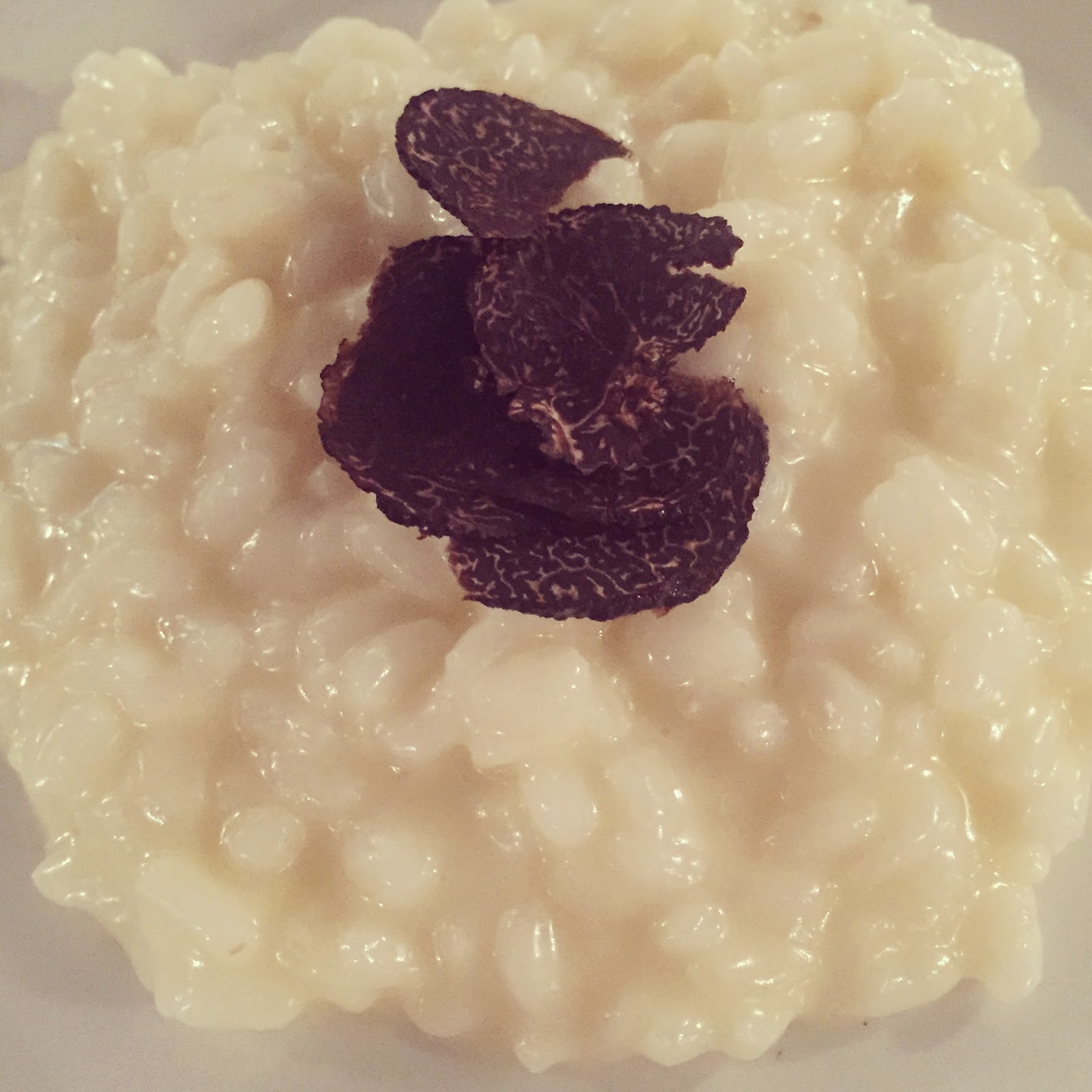 I’ve got a confession, I’m scared of cooking risotto. I attempted it once and it burnt AND curdled horribly, so I haven’t bothered since. But this risotto, I’m going to think about for a long time. It was everything I wanted it to be, rich, creamy with a little bit of bite left in the plump grains.  The shaved truffle on top was generous and the flavour penetrated the rice. If I could cook risotto like this I’d be cooking it weekly and the size of a whale, best leave it up to the experts I think…

The man next to us just ate around his truffles, which infuriated me so much I had to ask why. He hadn’t realised what they were.. that killed that conversation. I shouldn’t be allowed to sit next to strangers at supper, there’s too much margin for error for all concerned. 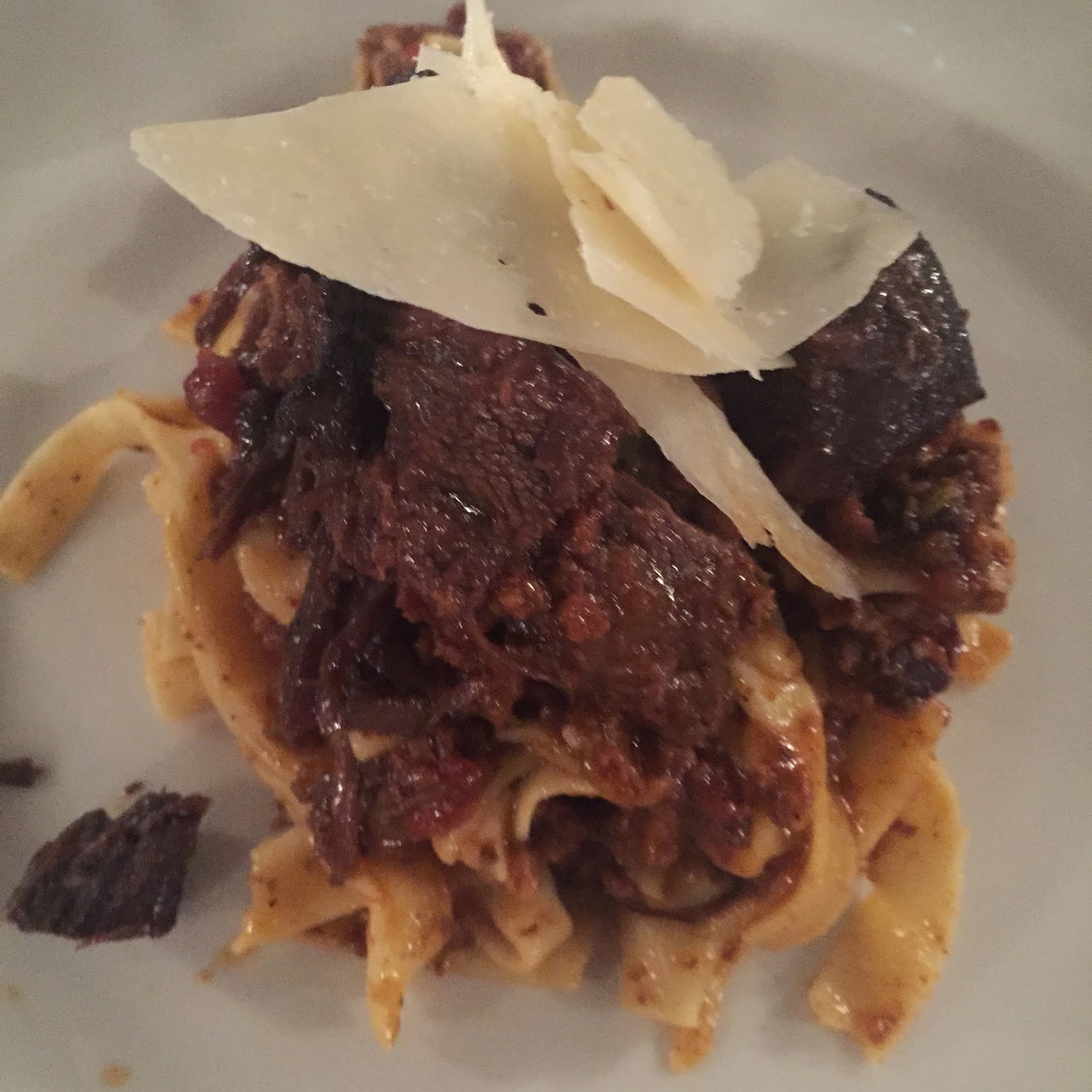 This was the dish I was looking forward to most and thankfully it didn’t even slightly disappoint. Think of the best possible bolognese you’ve ever had and you’re halfway there. I love the jowls of most animals (that sounds weird) and these ones had been slow cooked until they were meltingly tender. Comfort food at its finest and definitely the best pasta I’ve had in a long, long time. 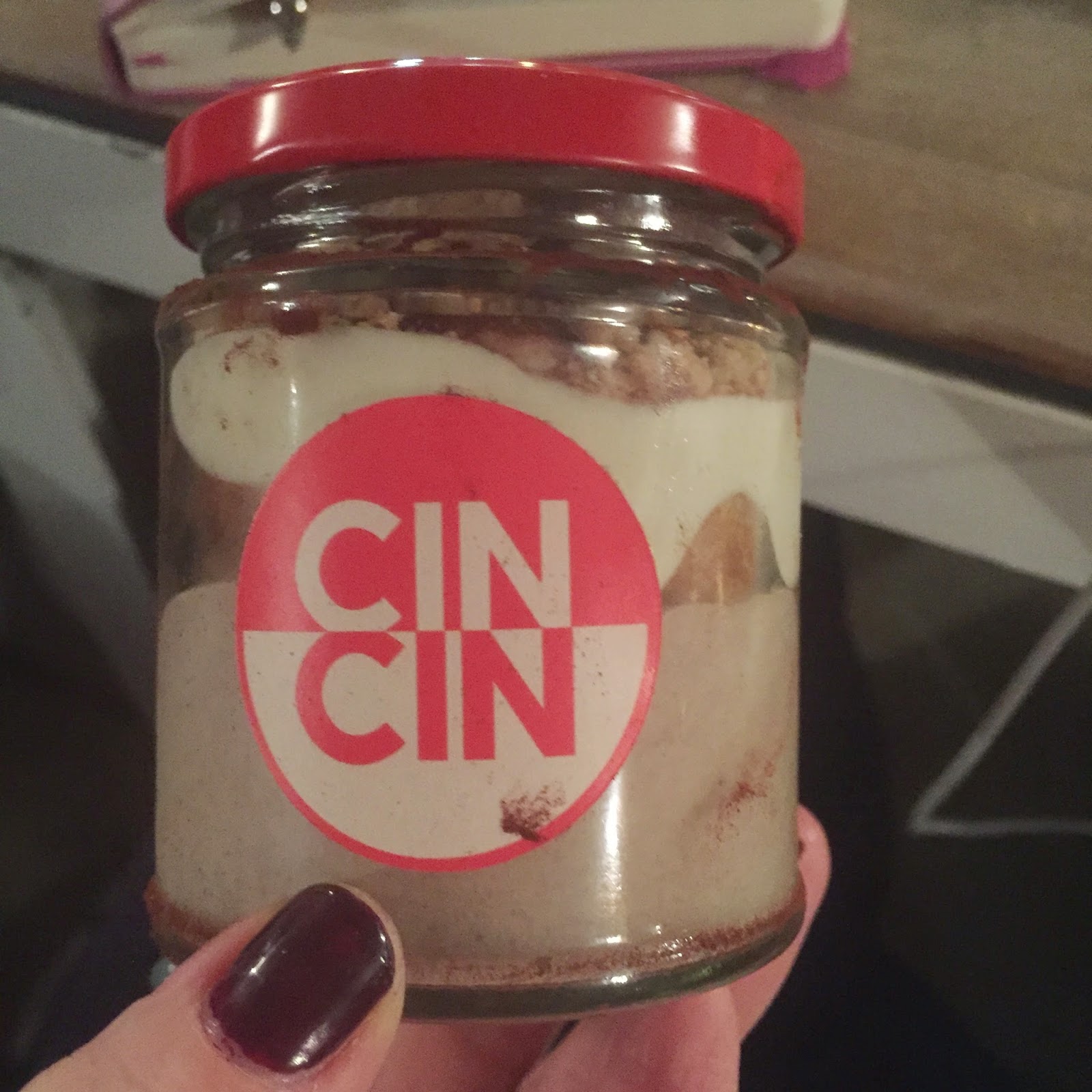 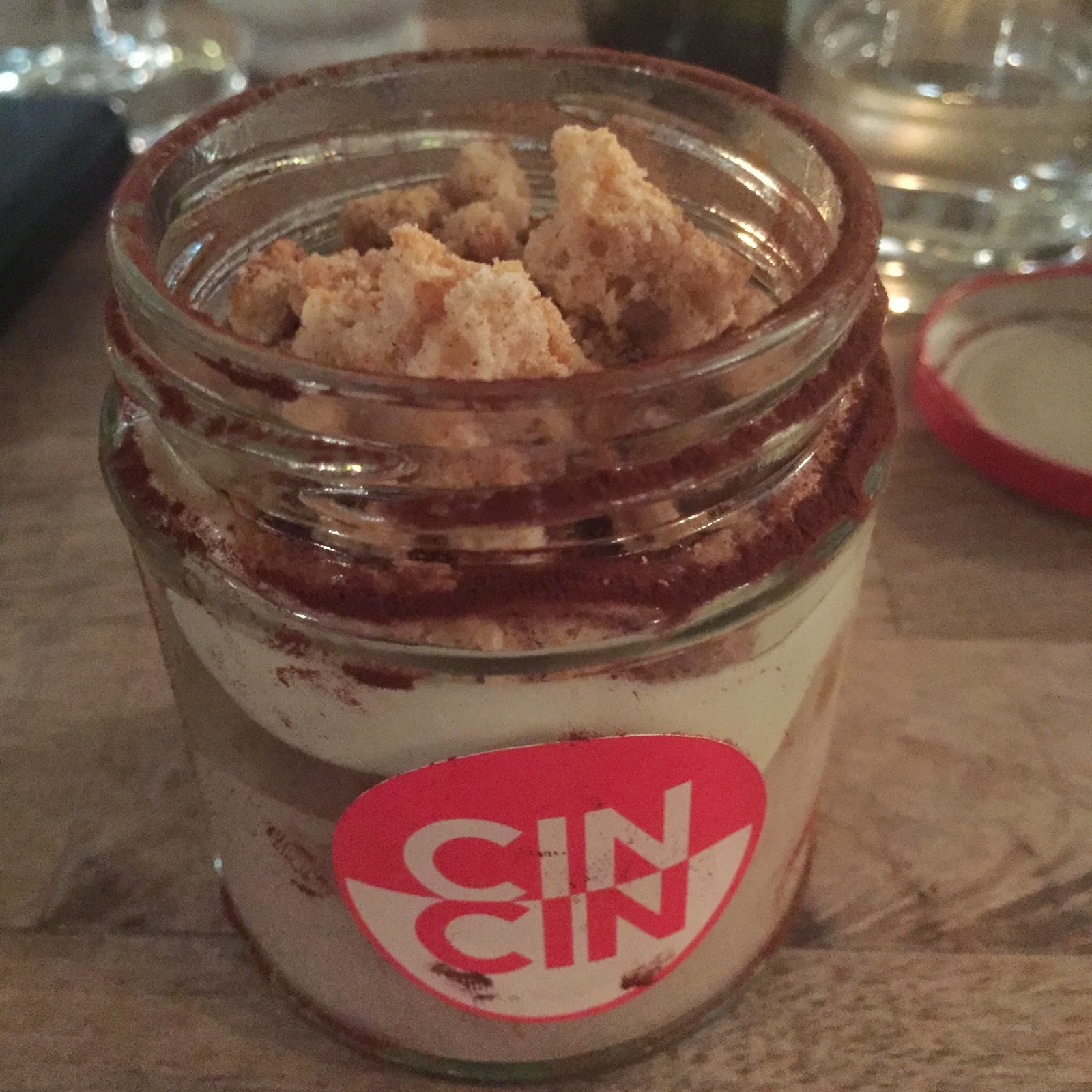 It could have completely killed me off by being too rich and heavy after my carb laden feasting, but it was actually really light. The booze that the sponge had been soaked in really made its presence felt in amongst the swathes of rich mascarpone. God, I love the word swathes. I also love amaretto in any form, so the liberal amount of crumble was also extremely welcome too.  Very nice indeed.

I’ve made my feelings on drinks being served in jam jars many times. I feel pretty much the same way about desserts served in jars.. it was cute the way that they’d branded them though. And my jar fatigue certainly wasn’t so bad as to prevent me from consuming both mine and the guy sitting next to me’s as well. 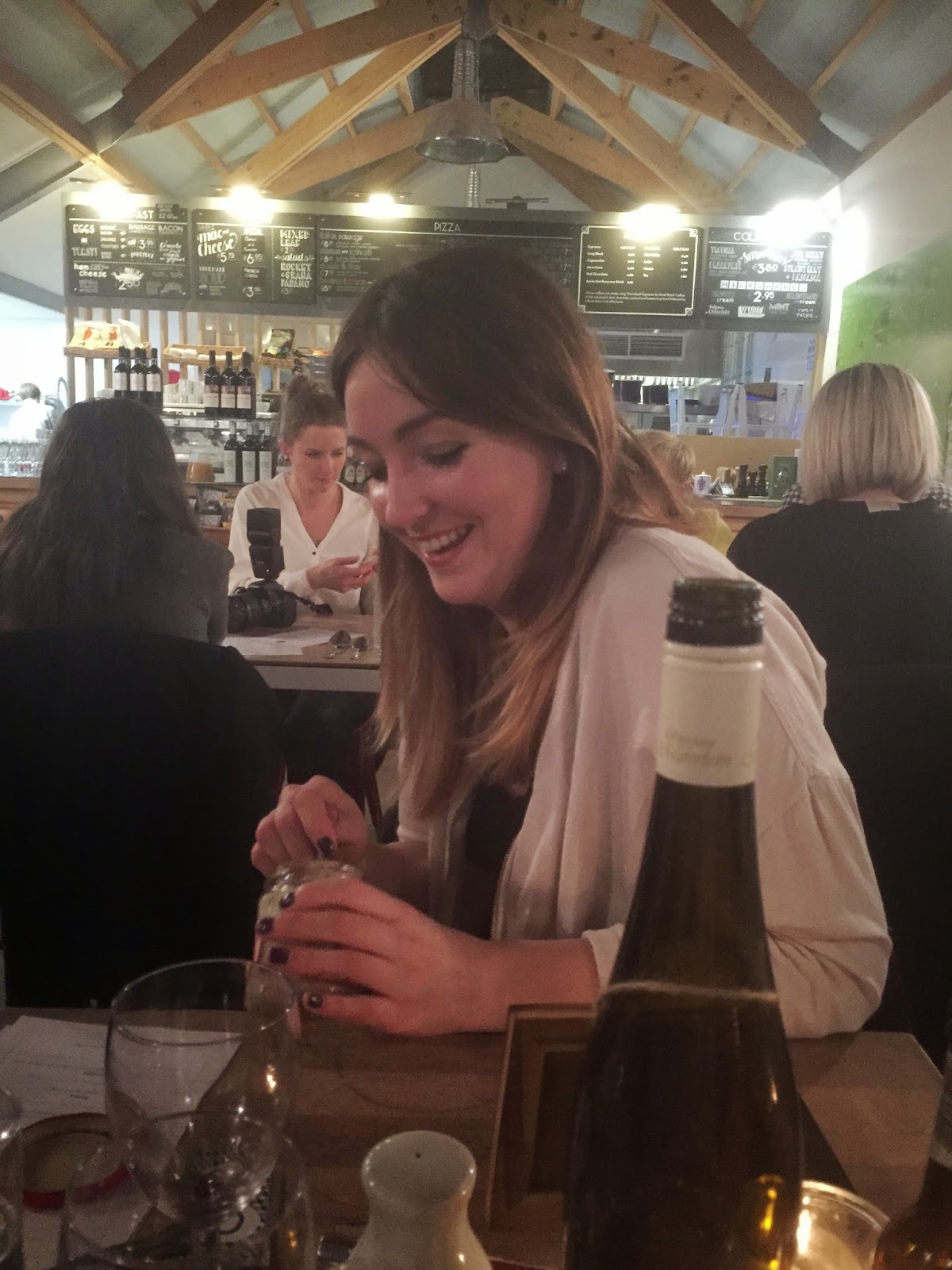 Look at her little face

2014 was the year of the supper club/popup and I went to lots last year. This was my first of 2015 and it definitely stands up to the heavy weight competition in the form of the original supper club hostess, Cantina, and my personal favourite ‘Will there be anything else‘.

It’s good honest food whose heart is very clearly in the right place.  I’ve eaten a lot of intricate and twiddled with food recently (first world problems), so this, for me was everything I could have wanted from a meal right now. I was excited by the menu as soon as I saw it, and it more than lived up to my pretty high expectations (these were mainly thanks to Fran who loves them too).

They’re taking a little break from doing popups after the imminent arrival of baby Cin Cin, but will be back in the early summer with more events bookable through Tabl. I’m hoping that they’ll be at the spiegel tent in Brighton again this year so I can sample their street food as well.

Have you been to a Cin Cin pop up or seen their food truck at events around Brighton? What did you think? Please do comment below or tweet me.