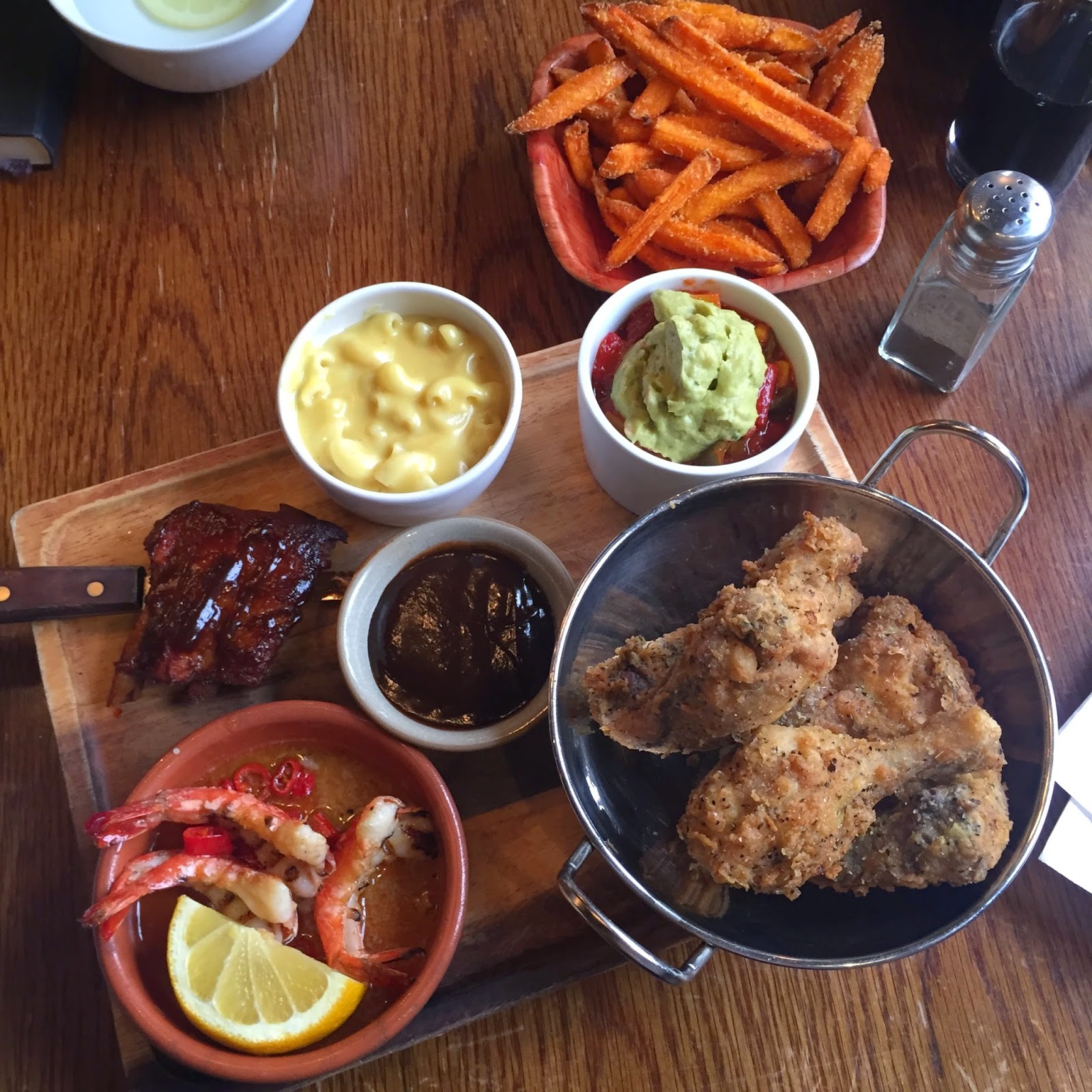 The Heart & Soul Food Company is the latest venture to take over the kitchen at Drink in Brighton boozer, The Hampton. I read a review about the food which I immediately disregarded (for many reasons) and went with an open mind. Feel free to do the same with me, but I’d be fascinated to know what your thoughts on the food are, genuinely.

Who remembers Momma Cherri’s Soul Food shack (the original venue)? I bloody loved that place, and the food, so since its closure I’ve always had one eye out for an alternative. I can now quite confidently say, Momma C would laugh in the face of the food I was served at The Hampton.

*disclaimer* There’s a few times throughout this blog where I say the food tasted like it entered the kitchen already cooked/in a packet. This is my opinion, and if I’m wrong, well, whoever was behind the meal I ate has got a glittering career at Brake Bros with their name on, if the whole ‘soul food’ thing doesn’t work out for them. 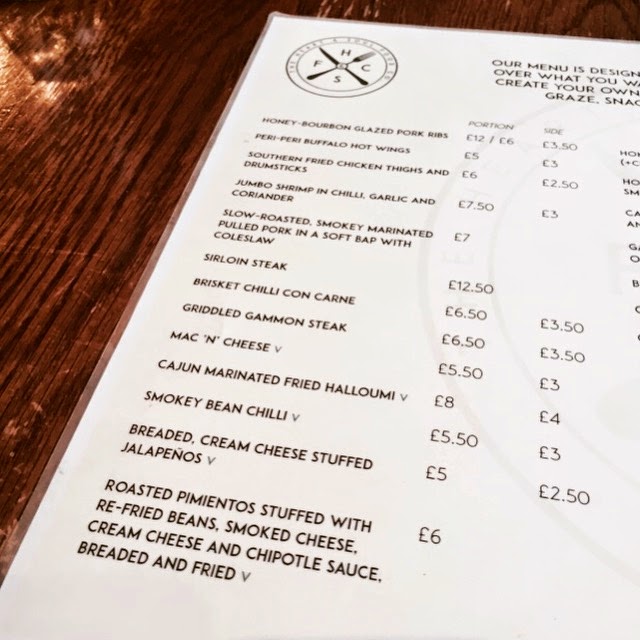 We chose half a dozen side portions so we could get as wide a variety as possible. Most are also available in main course size- not something I would recommend though.

I can’t think of a better way to describe the service other than lame, so I’ll save my words for something even more undeserving of my time and energy. The food. 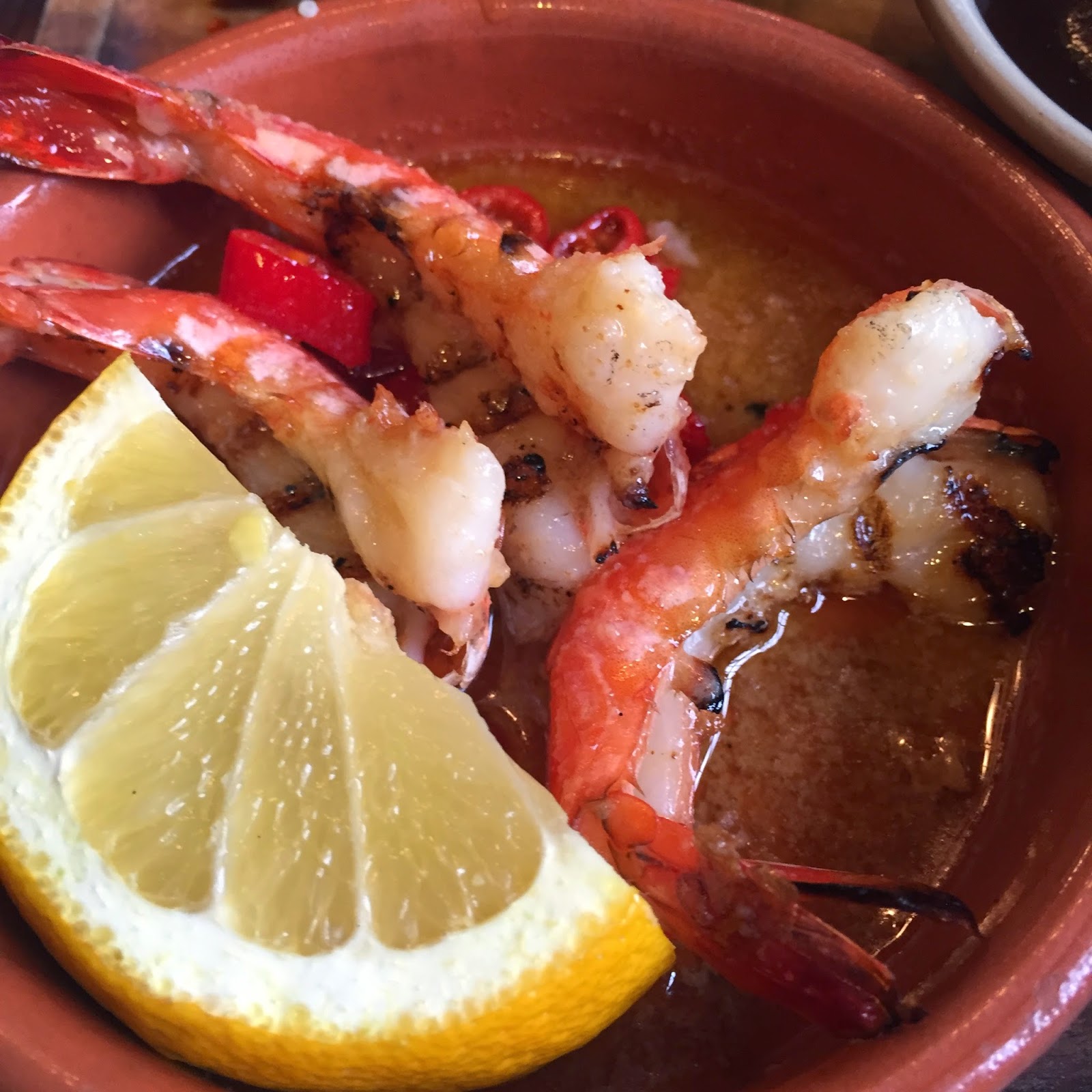 The person I was out for lunch with is far less inclined to complain than I am, but days later I am still receiving random texts from her saying ‘I CAN’T STOP THINKING ABOUT HOW SHIT THOSE PRAWNS WERE’. It’d actually have been amusing had we not’ve paid £3 for them and eaten more than a small mouthful each. Definitely not a hint of the promised coriander or chilli in the butter either, just a slight garlicky undertone. 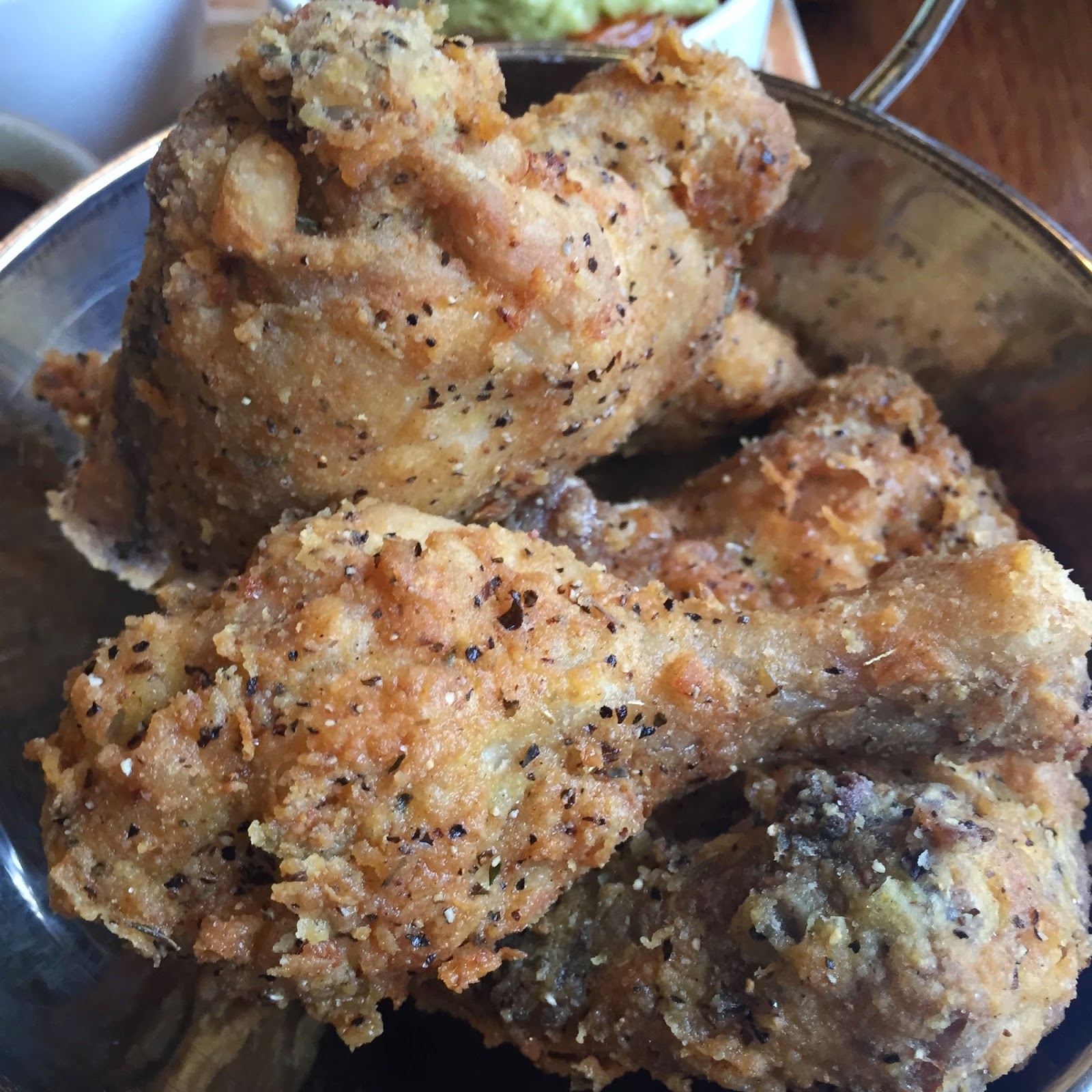 Cheap, dirty looking chicken that had brown strings of something unpleasant running throughout most of it. Flaccid, greasy and not even a hint of the crispness one might hope for from such a dish. Really weak. Colonel Sanders would be spinning in his coffin at the mere thought of this crime against fried chicken. 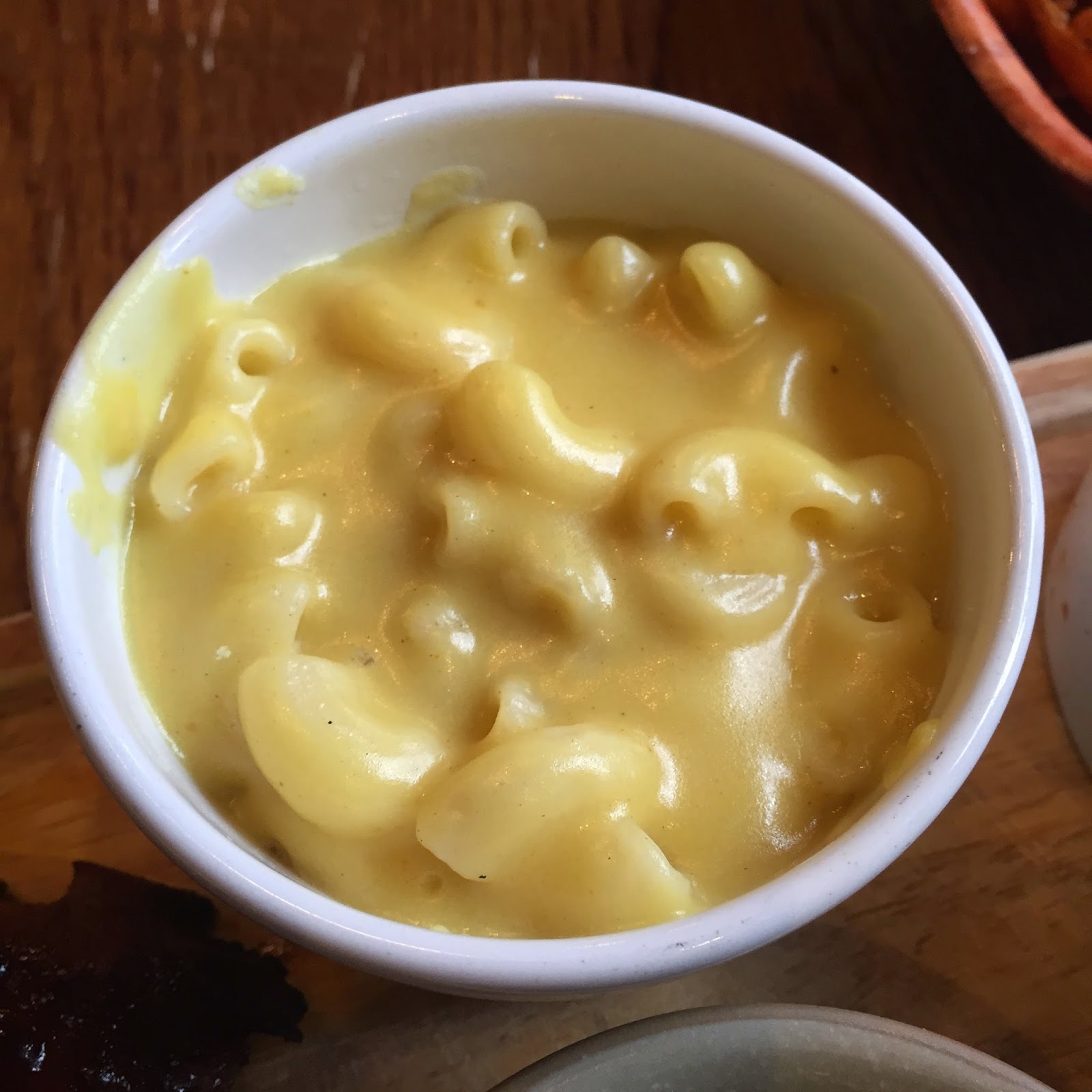 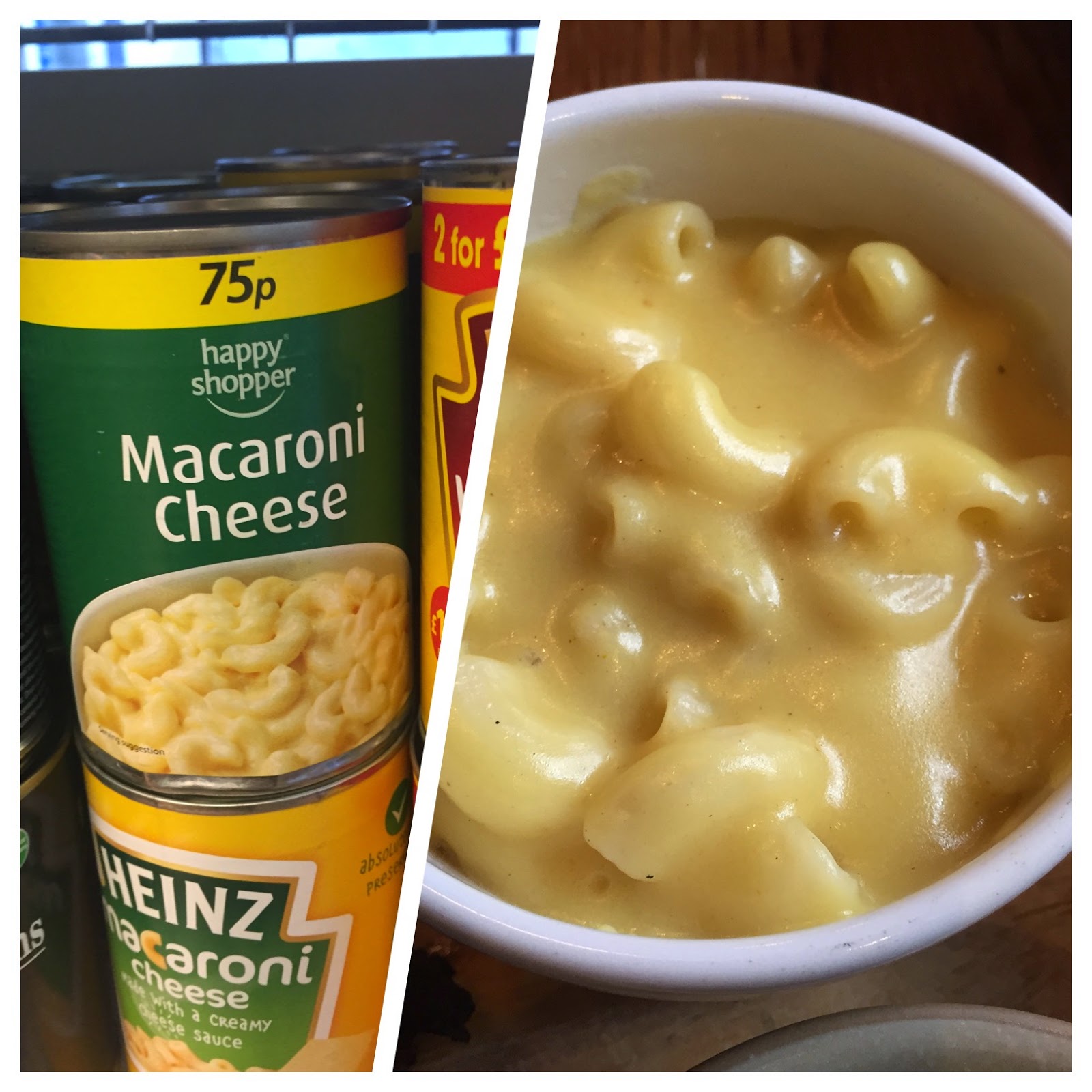 Try as I might I cannot find a single positive thing to say about this. It’s as bad as it looks. I cannot. even. I’ve had some seriously questionable Mac ‘n’ cheese recently, but this was definitely the worst of a pretty decrepit bunch. Pricing it at £3 for a miniature bowl was a very ambitious move on their part too.

I went to the shop virtually next door to get a drink after the onslaught of unpleasantness, and right by the door was this pile of tins of this rather familiar looking… gloop. I’ll leave you to draw your own conclusions. 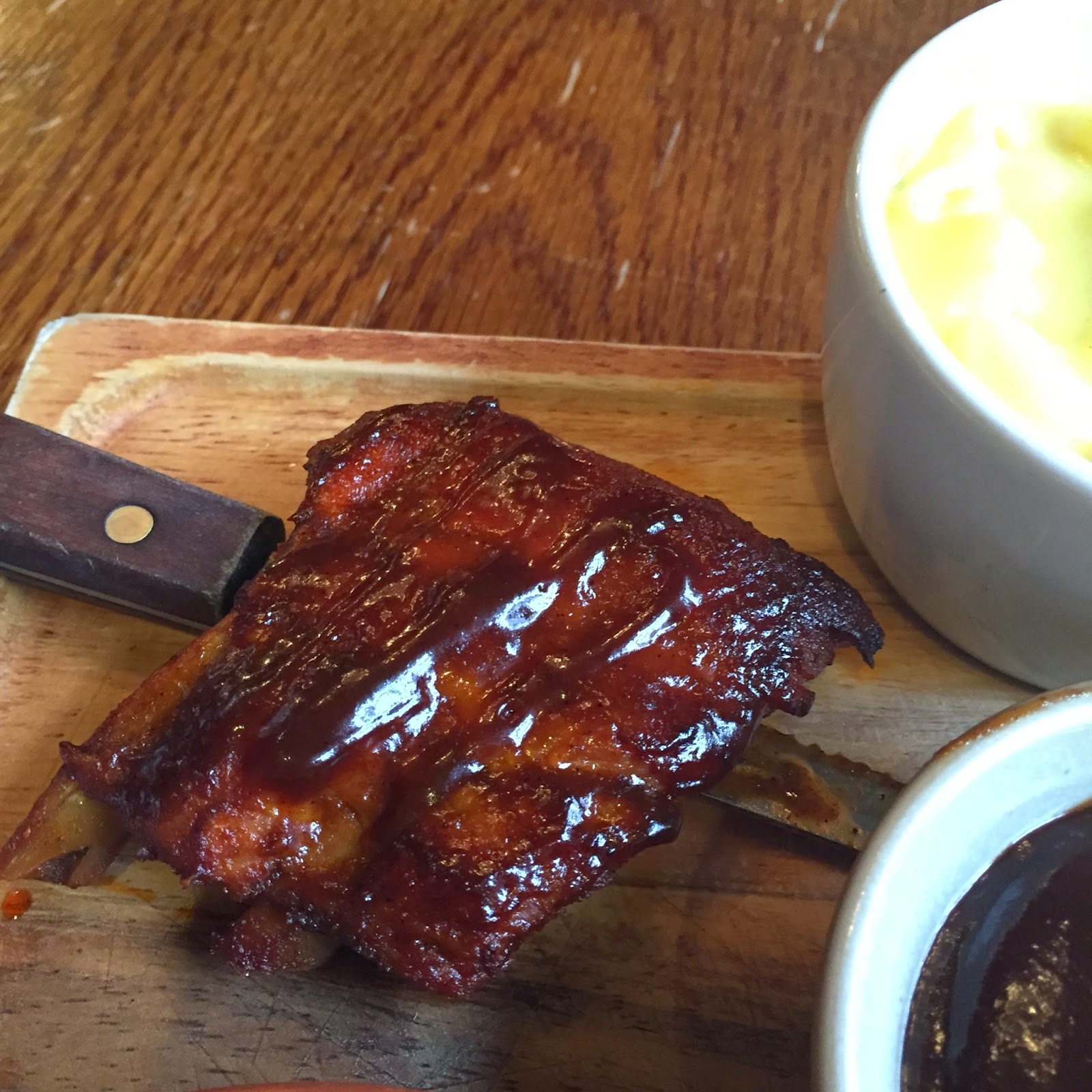 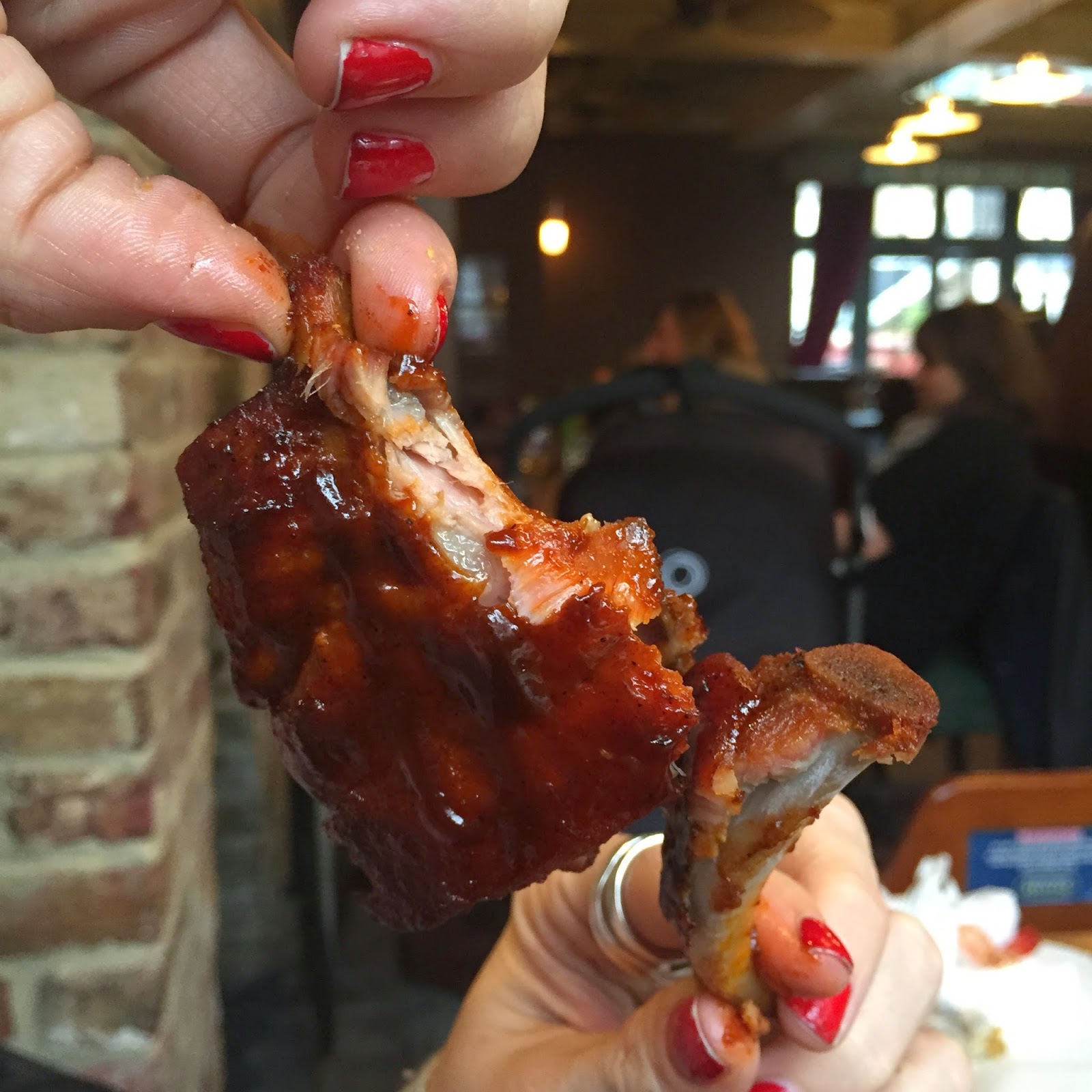 In case you were wondering what £3.50 worth of ribs looks like

If there was a gun to my head and the only way to save my life was picking a favourite dish from everything we were served that day, then I would begrudgingly pick the ribs. The sauce they were glazed in was overly sweet and cloying, but the meat was tender. That’s the best I can muster up in terms of praise I’m afraid. Sorry about that. 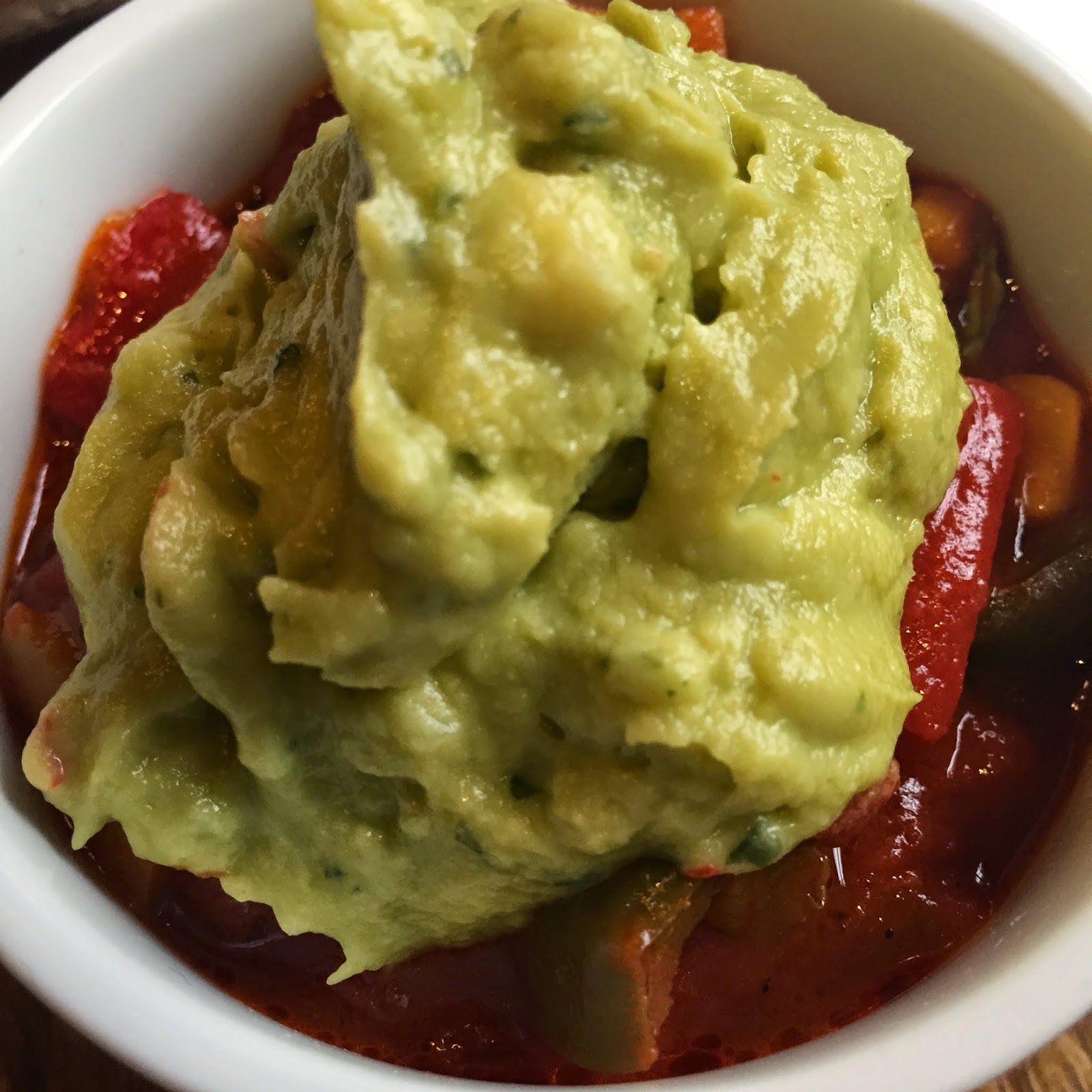 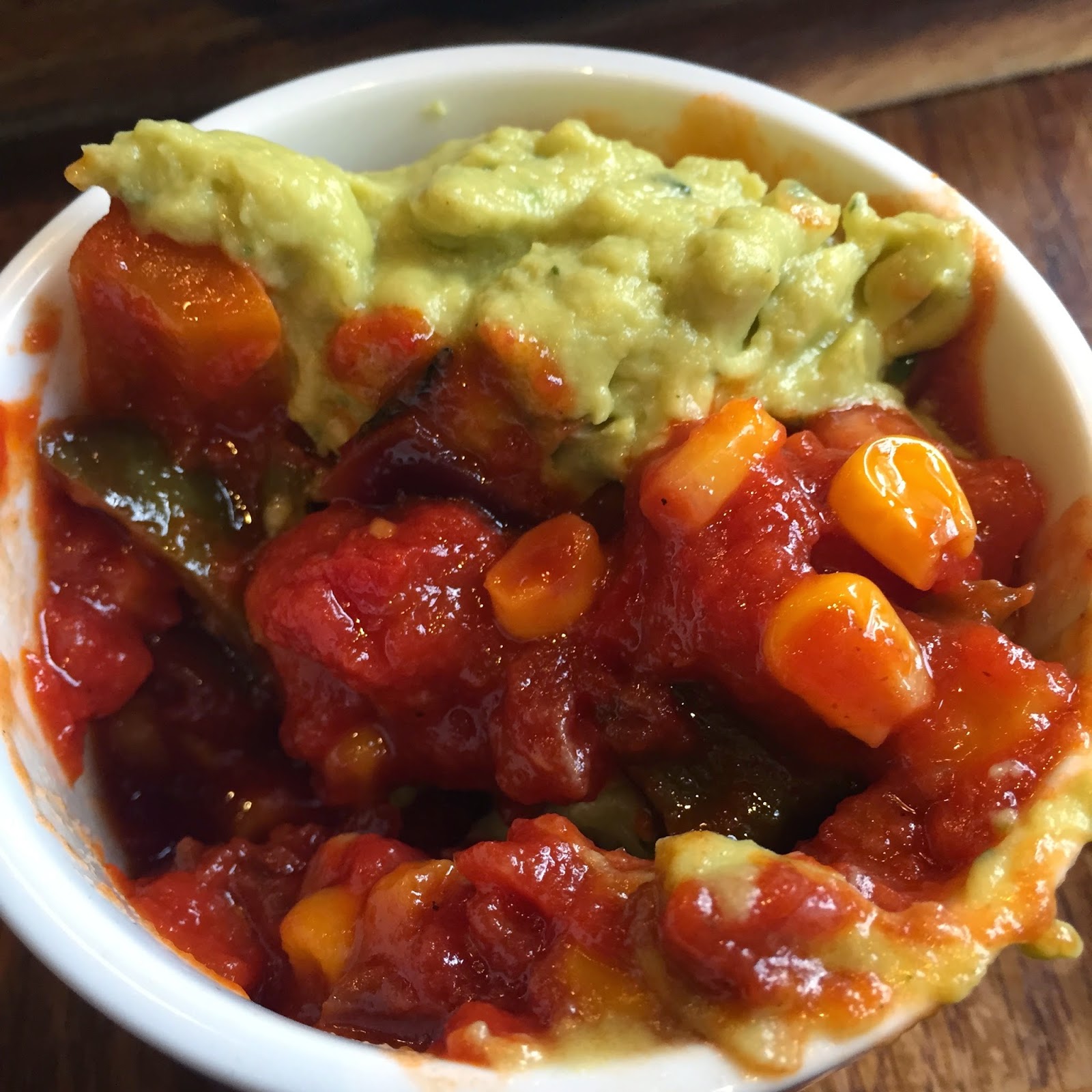 There is literally not a single thing to recommend this unpleasant concoction. When we saw corn and avocado salsa (for £2.50) we were picturing chunks of avocado and sweetcorn, when in reality it was just a tomato base with a few kernels mixed in and topped with what very much looks like shop bought guacamole. Fridge cold, lazy and tasted almost entirely of tomatoes and disappointment. 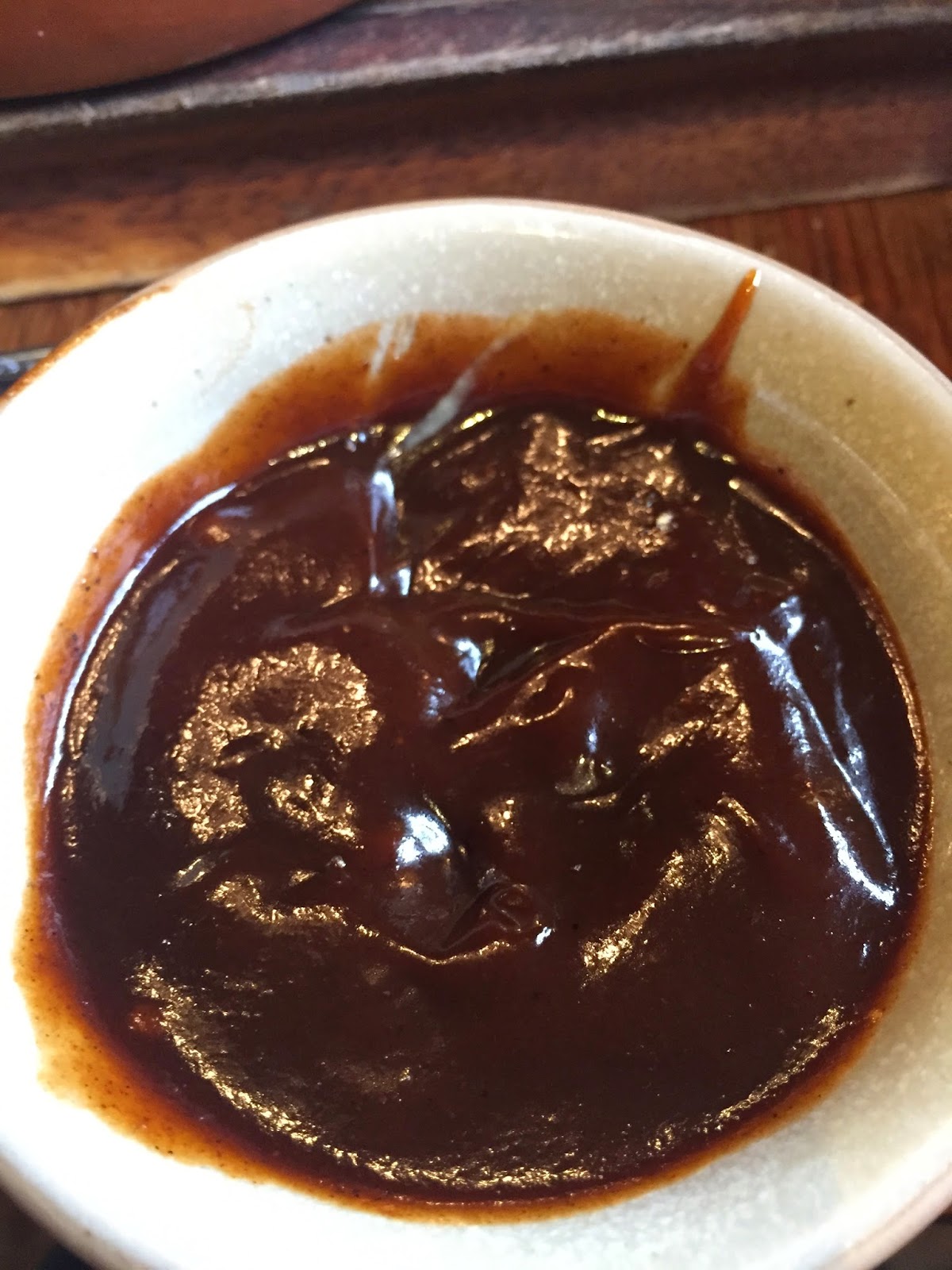 This tasted OK but a special mention must go to whoever managed to make the homemade BBQ sauce look just like it had been squeezed out of a giant catering bottle of shop bought stuff, really quite remarkable….

No one came to check back on our food, presumably the lady who brought it down already knew how awful it was, and the barman, well, he was a bit too busy doing nothing at all. They forgot our jalapeños, I couldn’t be bothered to get them to bring us some down after, not after tasting the rest.

We didn’t stay for pudding, we’d suffered quite enough by that point.

Alex summed up our meal perfectly; ‘from freezer to fryer to plate’. Here’s what I say: Go to KFC, get a ready meal from Iceland or even just the corner shop for some vacumn-packed synthetic tasting ribs. Whatever you do it’ll be less disappointing and costly than the unfortunate experience I had at the Heart and Soul food company.

Have you eaten the food at the Hampton? Is there ANYWHERE at all serving soul food in Brighton that is decent? Please do tweet me or comment below.