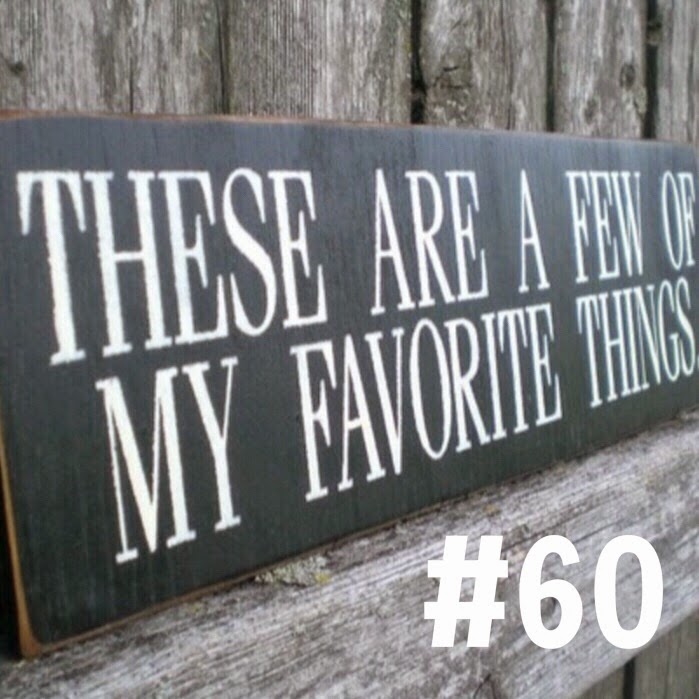 Late, so late with this post. It would’ve been on time but Saturday night and most of the daytime on Sunday saw me lying in a darkened room dosed up on delightfully strong painkillers, and by the time I felt human again it was time to take Mama P&P out for her Mother’s Day treat. So yes, sorry about the delay, but better late than never…

I’ve got a lovely week ahead, with a trip to Street Diner, the relaunch of The Hearth (still tickets left), visiting my beloved God Daughter and then an event at English’s, celebrating their 70th anniversary and launch of their spring menu. Expect to see lots of food photos, for a change. Any free time this week will be spent frantically catching up on reviews and getting them scheduled in before the influx of next posts that will need to be written. Seeing it written down is making me feel lucky, exhausted and hungry in equal measures. 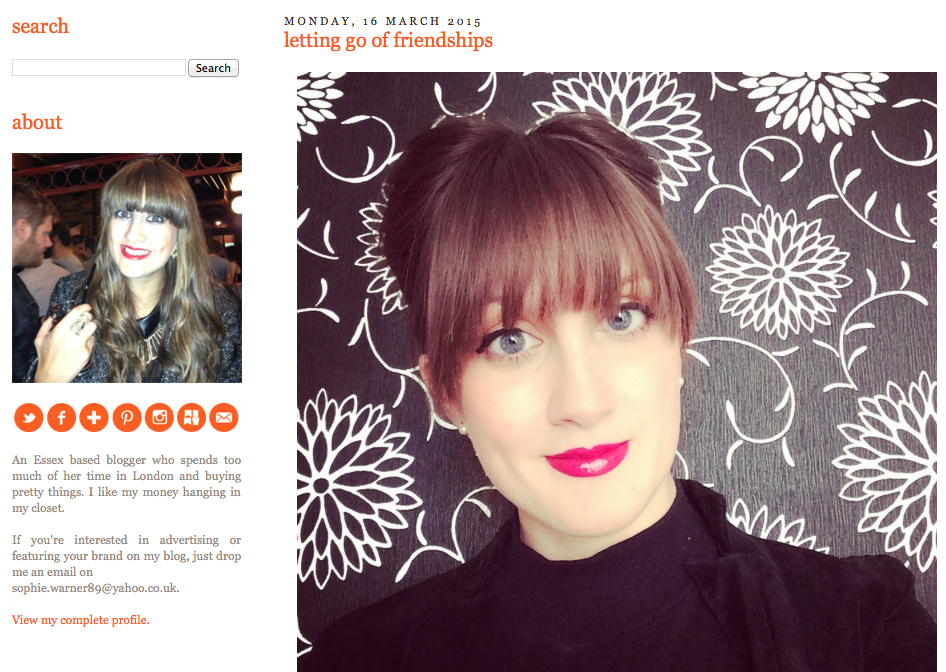 Every now and again I read a blog post that resonates with me so strongly I feel the need to share it. This popped up in my newsfeed on Tuesday morning and I could have burst into tears at my desk. I posted it on my blog’s Facebook page and personal profile, and it got a lot of love. I actually felt so inspired by it I started writing a similar post, but in order to have made it really interesting it would have involved airing dirty laundry, and I’m just not about that.

What I will say, I totally agree with everything Sophie says.  I’d also suggest you consider the status of toxic friends in your own life, we’ve all had them and I don’t think there’s anything wrong with getting rid of them, regardless of the amount of time you’ve been friends. If someone always takes more than they give, makes you feel like you aren’t worthwhile or generally like a piece of crap; it really, REALLY is ok to get rid of them, your time is precious. Preach over.

But yeah, it’s a fab post and I recommend you head on over to her blog and read it. 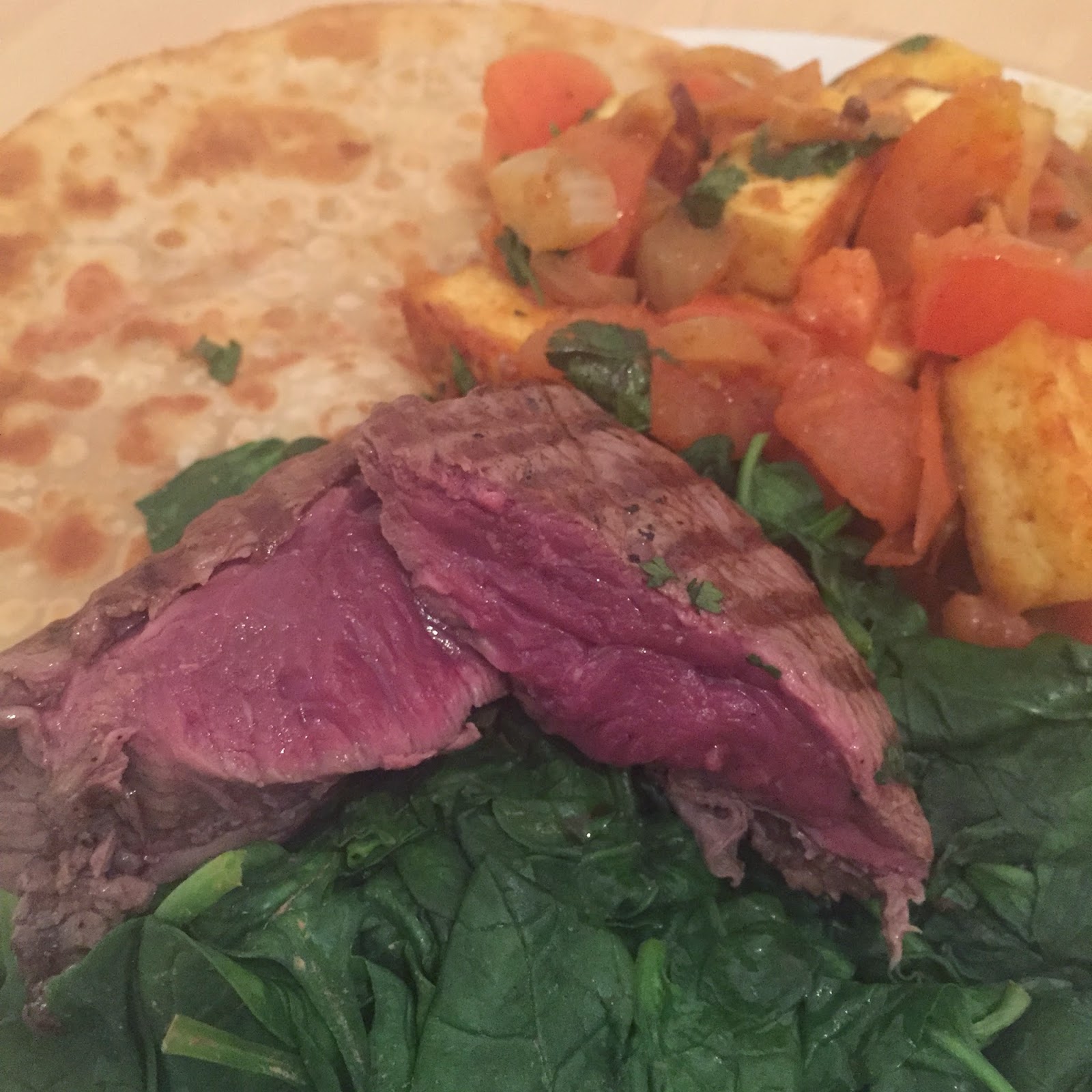 This photo makes it look as though the venison steak is the main event when it was in fact this simple and really tasty spiced paneer behind it that I served with a chapatti and steamed spinach. I got the recipe from BBC good food and it was so quick and easy to make. I added the remainder to some chicken and a tub of vindaloo sauce from Waitrose, you could adapt it to suit lots of different accompaniments though. Go wild. 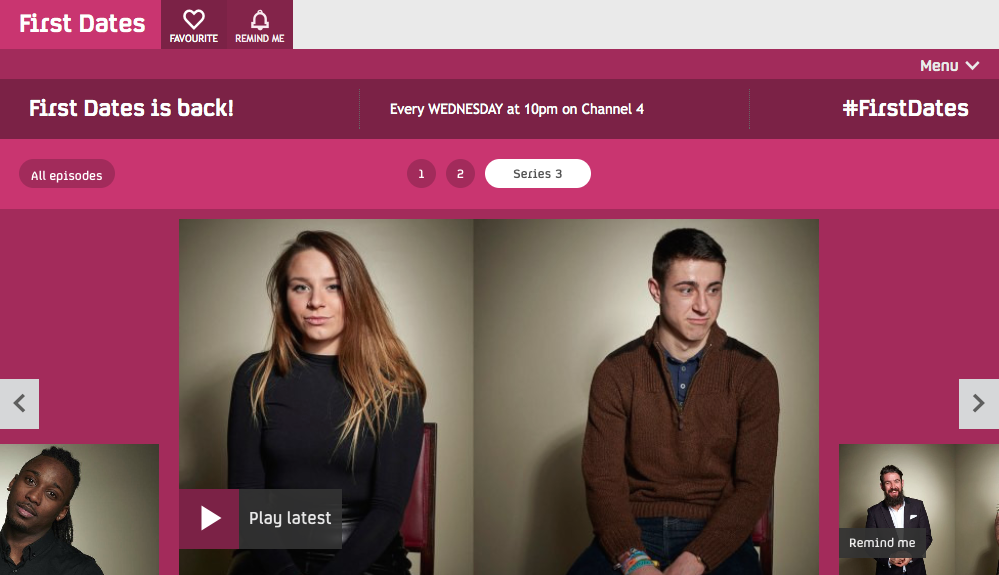 Someone asked me earlier if this is my guilty pleasure… I have ZERO guilt people, I unashamedly love this programme. I take to Twitter every time it’s on, purely for the LOLs that it brings. The # produces some of the most hilarious 140 characters I’ve ever seen. The whole programme is just genius and there is always some chump from Brighton on there too. Channel 4, 10pm on a Wed, on 4od all the time AND you can watch the last two series. You can thank me later.

More than an embarrassing number of people have suggested that I go on this programme, presumably they can imagine the likely carnage of pairing me with some cringe bag, potential shit food and a cocktail bar, then putting it on TV… Not a chance, so stop suggesting! 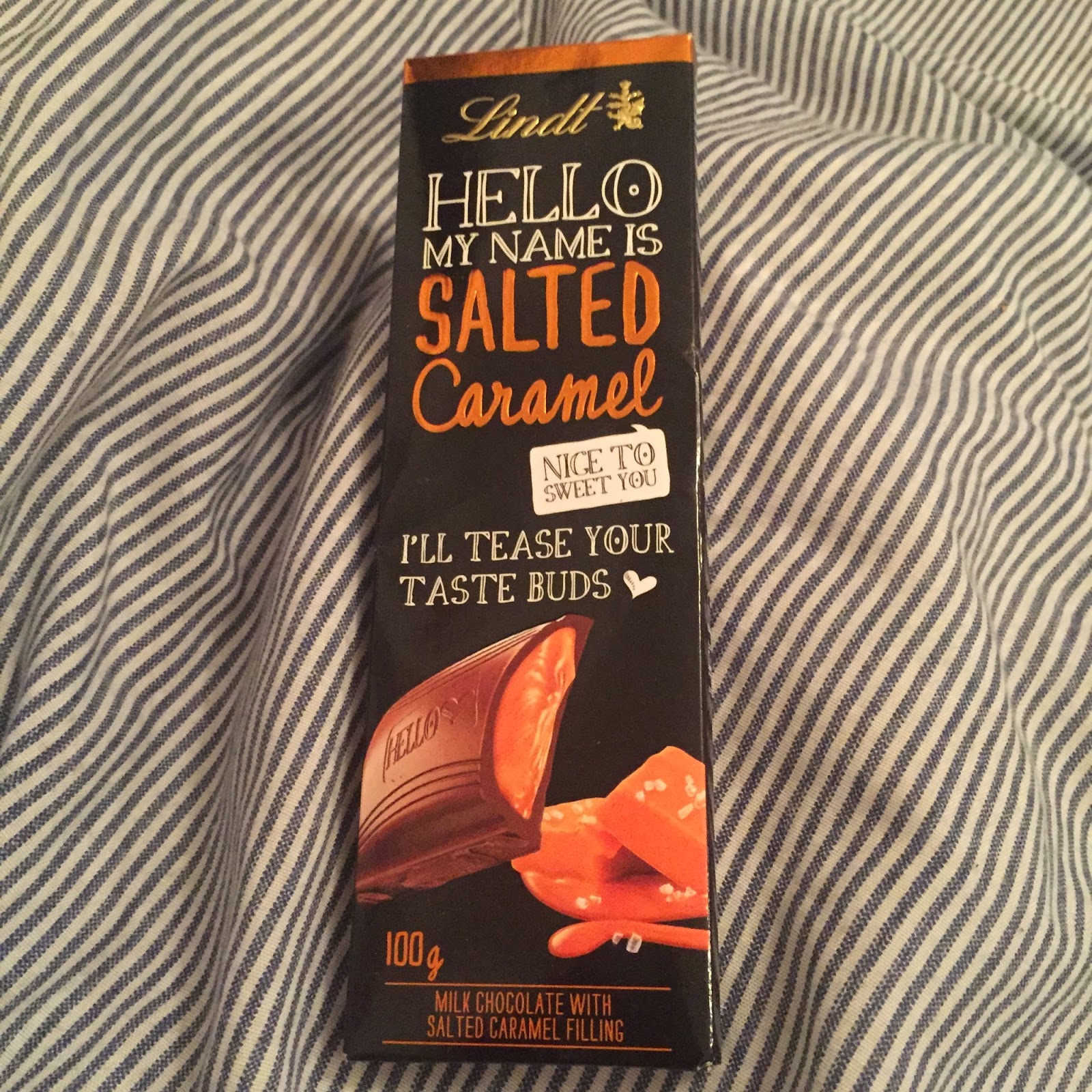 There’s not much to say about this really, it’s Lindt chocolate with (actual) salted caramel- it’s a winning formula and the perfect size bar too. I ate it whilst watching First Dates, I recommend you do the same, it was a truly worthwhile way to spend an hour. I was like a pig in shit. 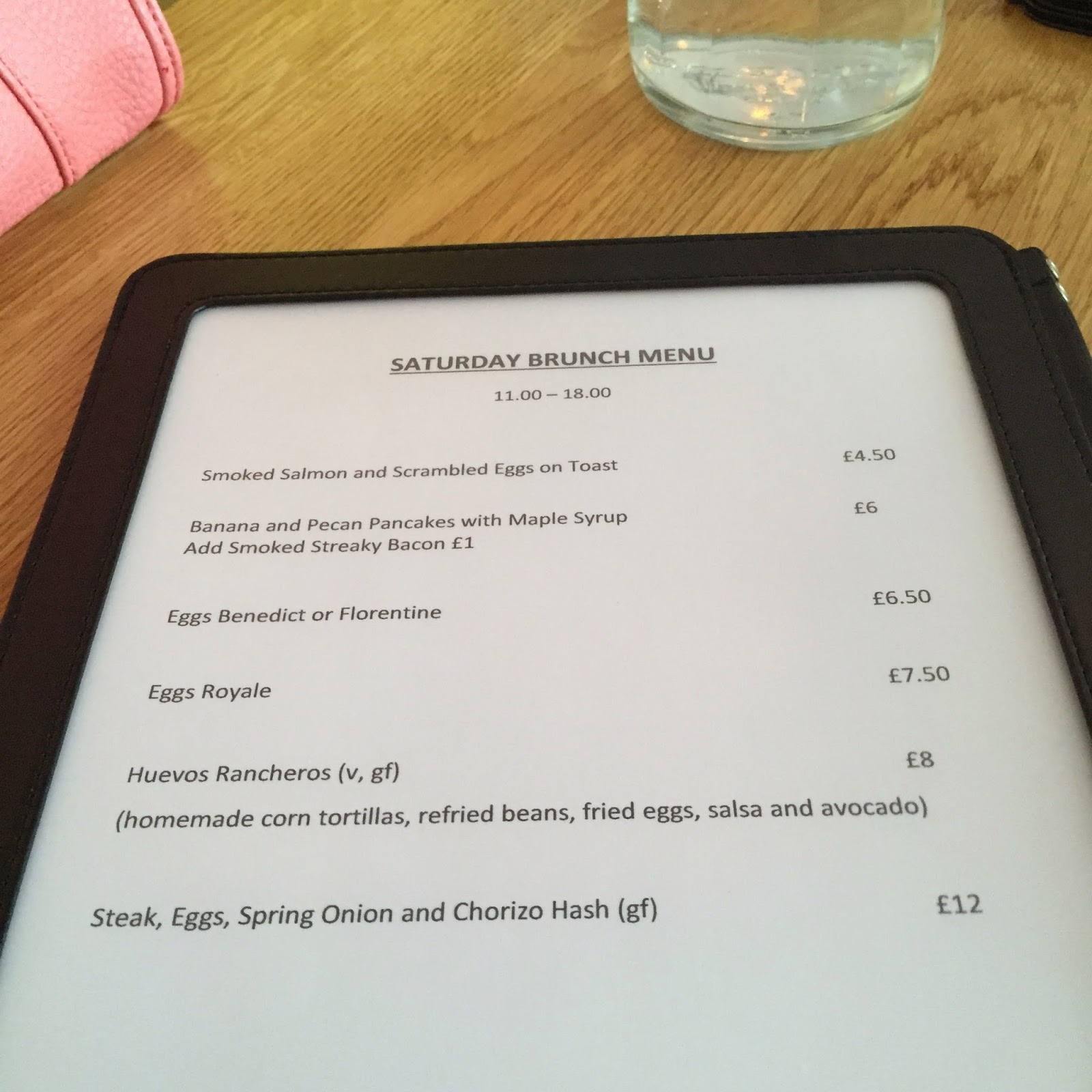 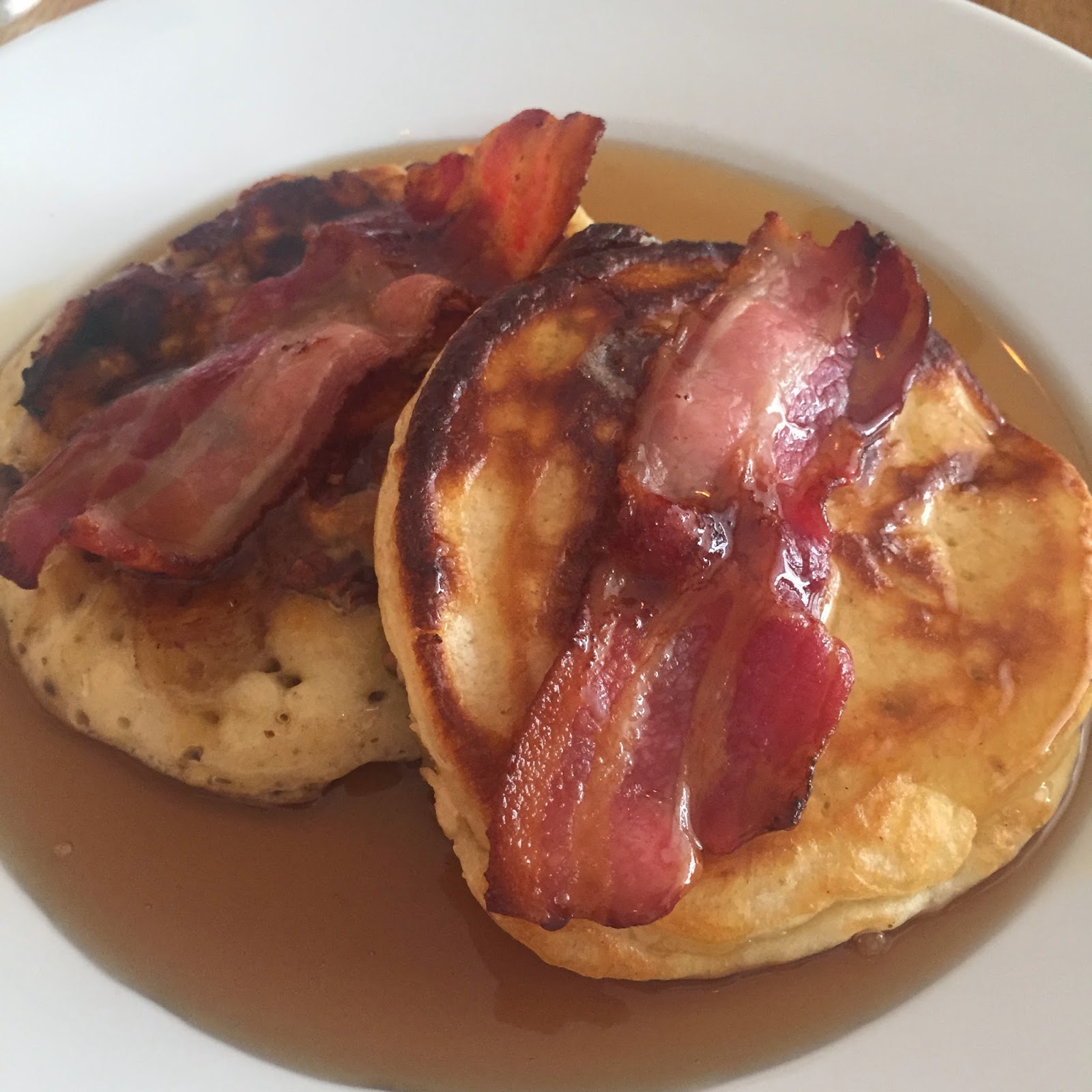 On Saturday I posted the next instalment of my best and worst Brighton breakfast series and after giving it a final once over for typos I realised I was hungry, for brunch. Food writer Andy Lynes tweeted about Semolina, a little bistro on Baker Street, just down from Bangers my favourite pie shop.  I went on Saturday filly intending to eat demolish as much of the brunch menu as I could, with the steak that Andy had recommended at the top of my to-do list. Keep your eyes out for my full review in the next few week. If you do go, make sure you get the pancakes, they were incredible and definitely something I’ll be trying to recreate at home. 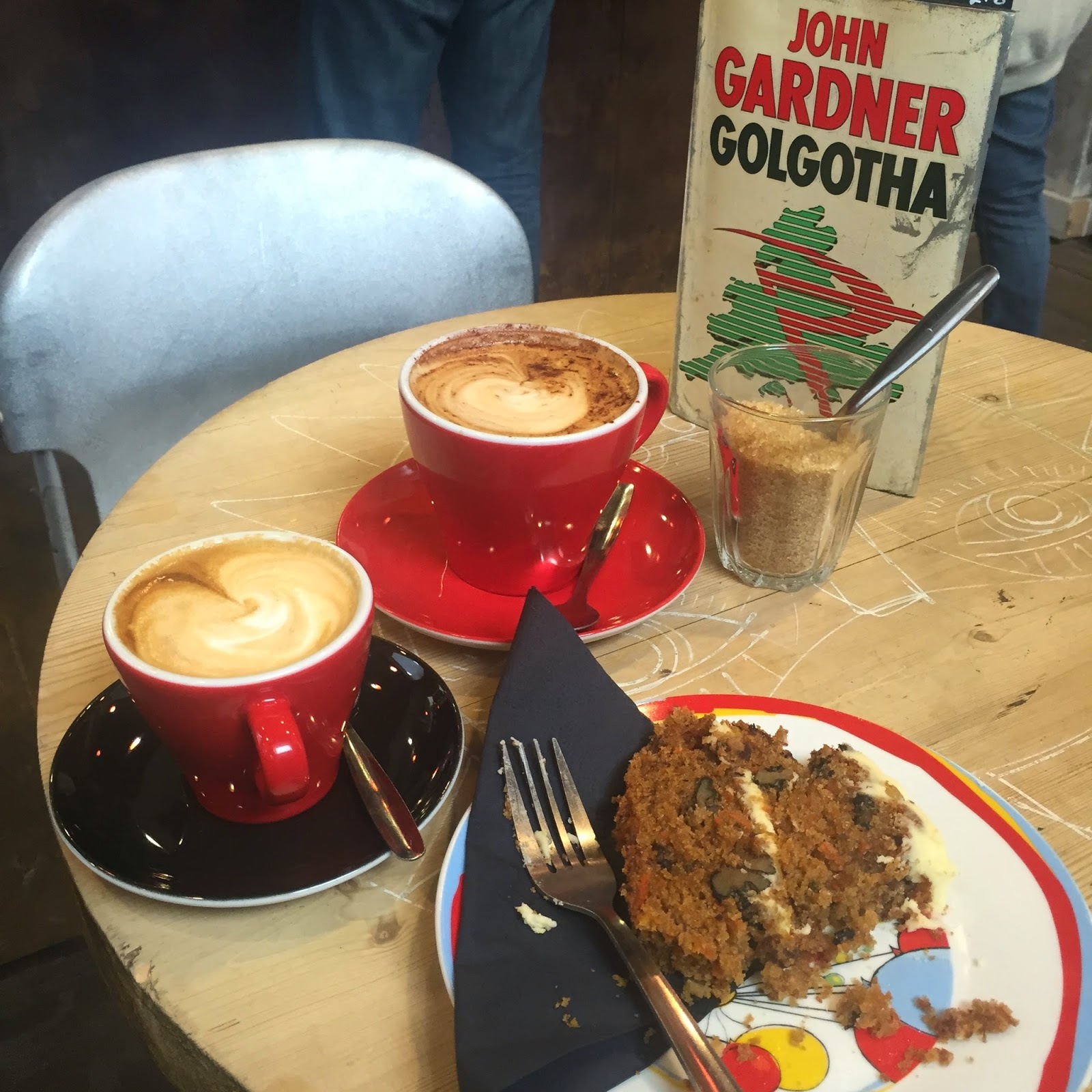 As if a three course brunch weren’t enough we walked around the corner to Presuming Ed for coffee and cake. If you go before I post my full review, just know this; get the carrot cake you won’t regret it. It’s not going to be everyone’s cup of tea (or flat white) but I like it and I’m a fan of its older sibling Marwood too, I like what they’re about and I think a lot of people living here do too. Definitely worth an hour of your time if you’re in the area. I wouldn’t recommend trolling them on social media either, you will get schooled. 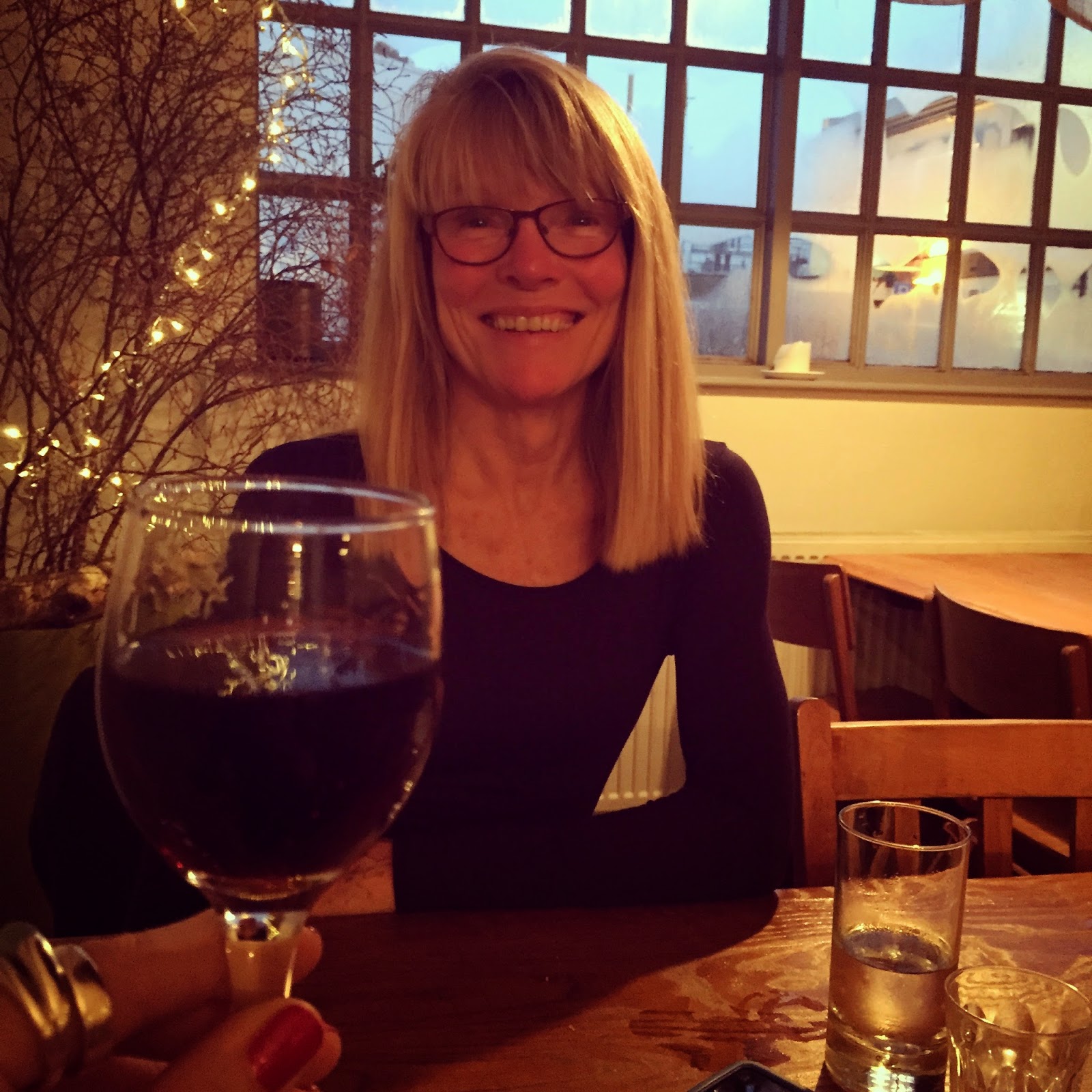 Taking the old dear out for Mother’s Day

My Mum has come back from Australia alive and well! When she told me she was flying on Malaysian airlines a couple of times during her five week trip, I’m not ashamed to admit I had a mini meltdown after convincing myself that it was going to be curtains for her. Drama Queen? Moi?…

Anyway, I decided only the best would do for the woman who not only gave me life but a metabolism which enables me to eat like a horse and not look like a whale, so I took her to my local, and one of my faves, Busby & Wilds. We had starter, roast and pudding each as well as a glass of bubbles for her and then a large glass of PX which we shared. As always the service was lovely, the atmosphere was great and the lavatories were spotless despite them having been fully booked all day. Look out for my full review in the coming weeks.

Anyone who lives in Brighton will appreciate this