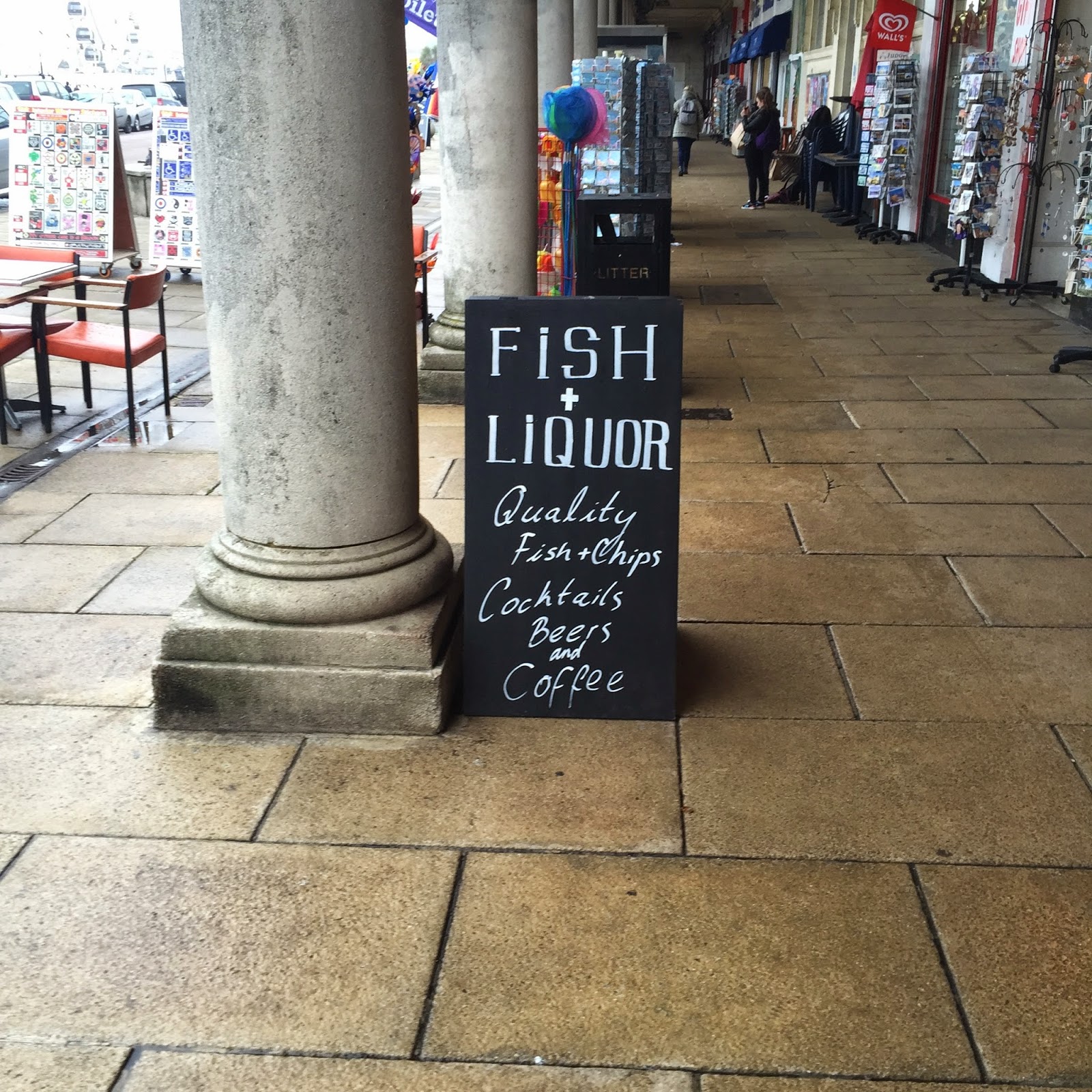 When a Twitter account* with the name Fish+Liquor appeared, there were more than a lot of raised eyebrows at the choice of branding. At first many people just thought it was a spoof account and didn’t take it seriously, but then photos of a supposed refit started to surface, more and more people started to sit up and take notice, and not in a good way either.

They’ve been challenged via their Twitter account on countless occasions by people about the unashamed parallels of their name with that of national (soon to be international) restaurant chain, MEATliquor. I shan’t dwell on this point too long, as I’ve already said it to the owner himself on Twitter, but I think it’s embarrassing. Attempting to profiteer from someone else’s successful business model is outrageous and definitely not the best way to try and make a name for yourself in somewhere as small as Brighton.

Politics aside though, sadly, they will absolutely rake it in over the summer, from tourists who are giddy on being ‘beside the seaside’ and are eating with their noses rather than with quality in mind. I’ll be interested to see how it fares next winter though. 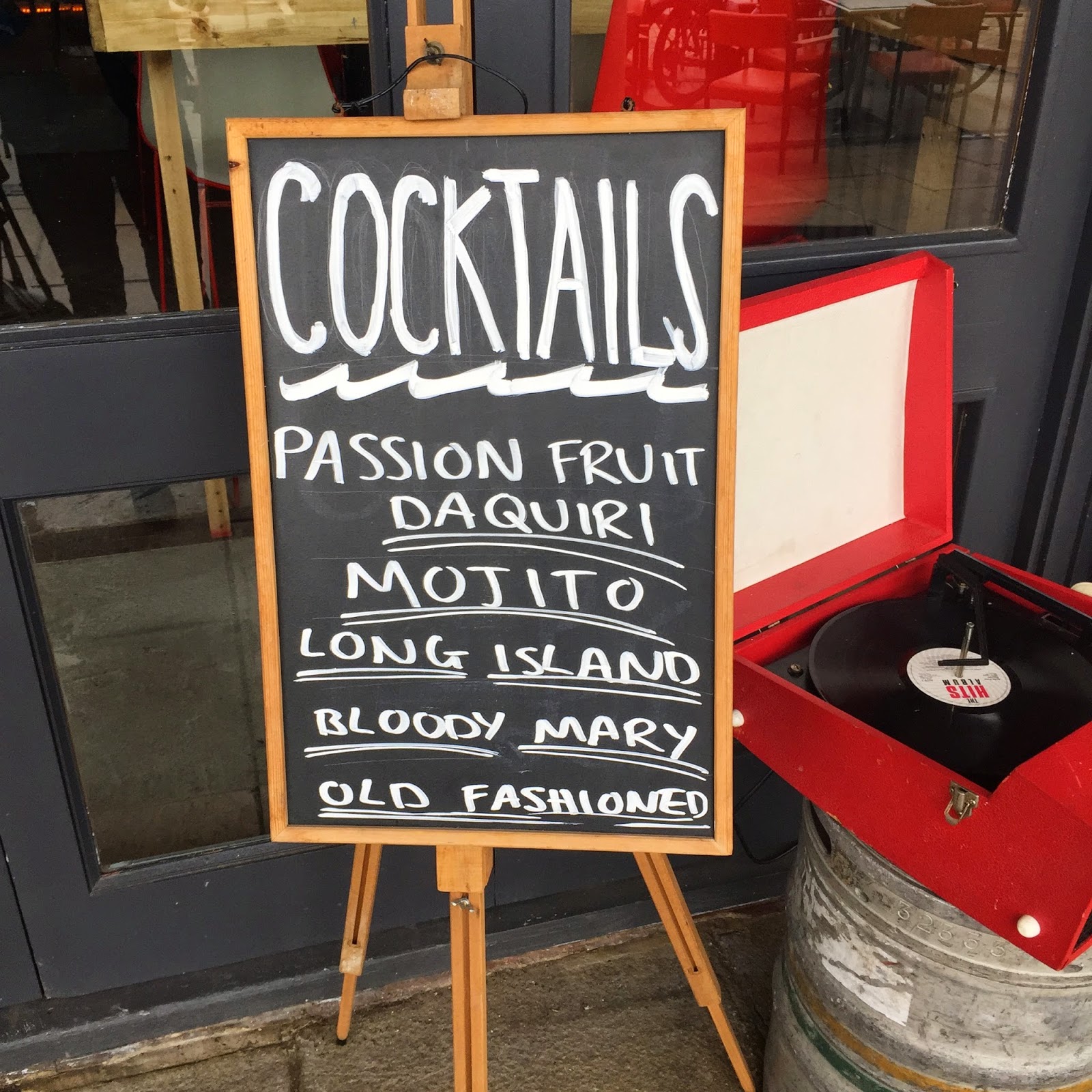 This was the only cocktail menu, it wasn’t printed anywhere that we could see, we had four unsuccessful attempts at catching the waitress’ eye so ended up traipsing outside to make our ‘liquor’ decision. As you can see, we were spoilt for choice… 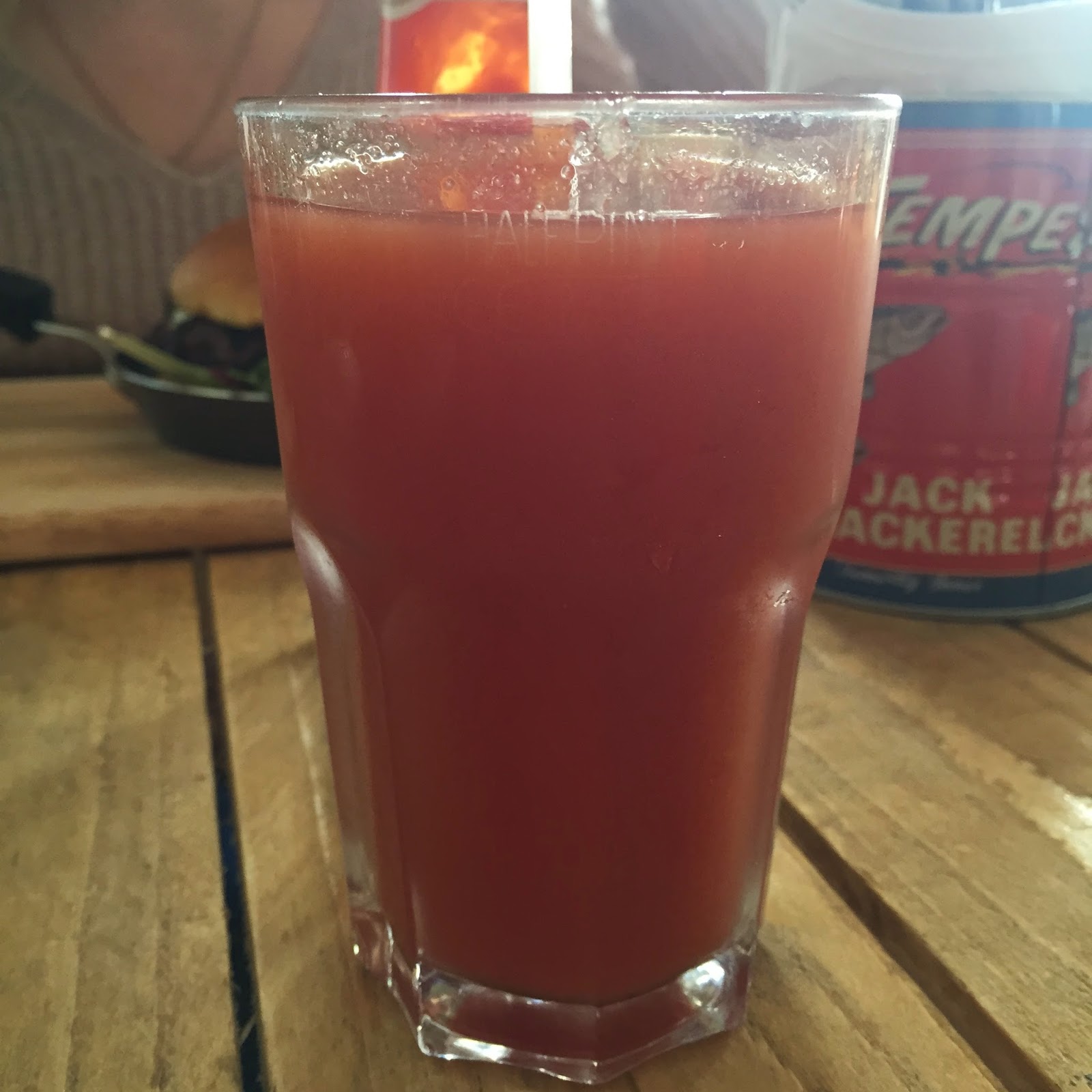 If I hadn’t been dying of a hangover and in desperate need of a full on Bloody Mary with all the trimmings, what I actually got served would almost have been funny.  No ice, no garnish, no celery salt and no Lea & Perrins. They didn’t even have any Tabasco in, on a Good Friday.

My friend had the incorrectly spelt Passion fruit Daiquiri which had nearly as little to recommend it as my drink. Pretty laughable when they claim that the ‘liquor’ part of their namesake is down entirely to the booze they sell. 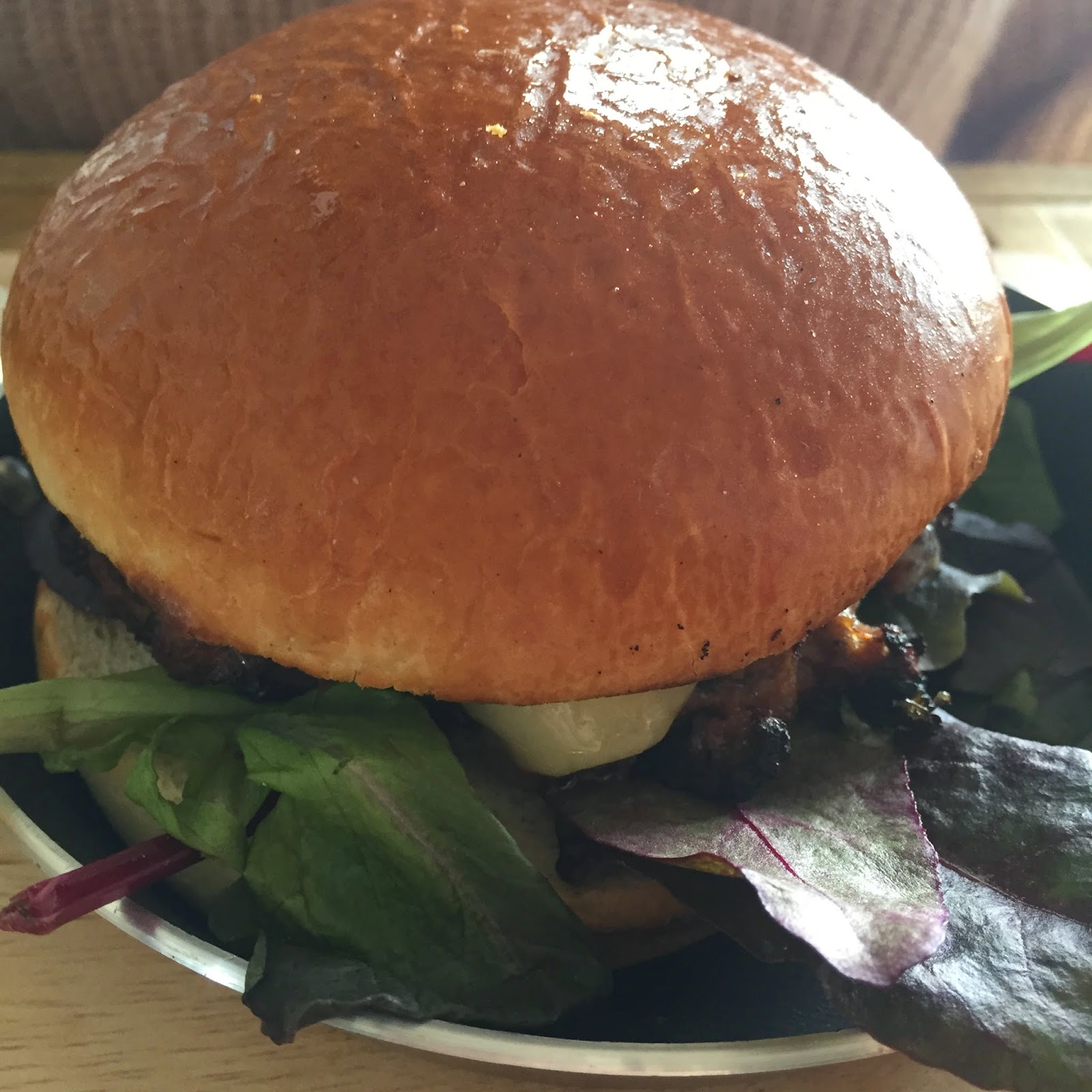 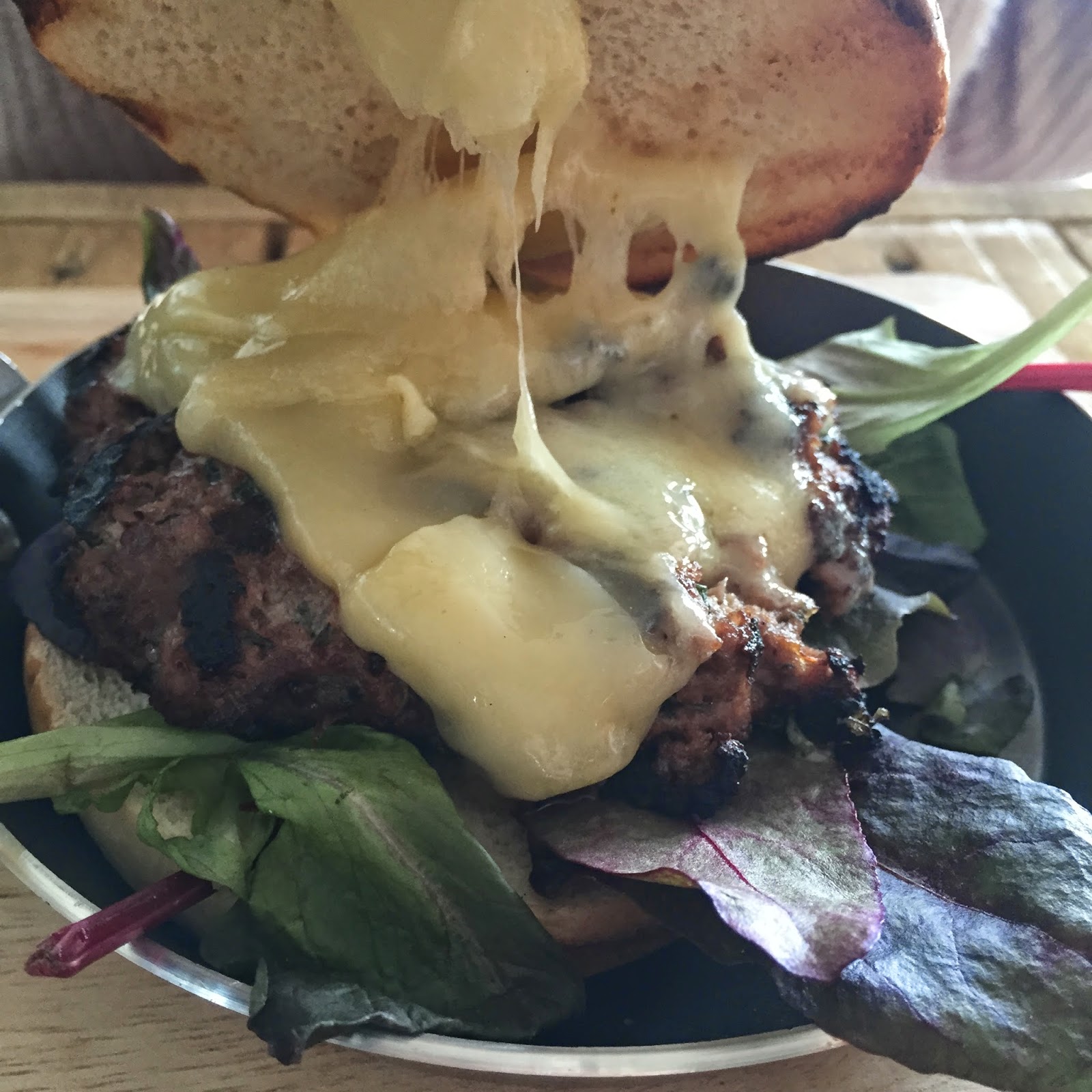 A burger, in a pan, on a twatplank. Oh my. It’s abominations like this that have seen Twitter accounts such as @wewantplates springing up with 30k+ following of people united in their loathing and disbelief of this seemingly never-ending trend.

Aside from it’s offensive presentation, it was just dreadful. The meat tasted cheap, soft, mushy and only just warm within, yet chargrilled and completely dried out on its exterior.  Even the melted cheese looks wholly unappealing. No gherkins, no sauce and no love whatsoever.

For me it was a toss-up between which was more loathsome, the crappy name for the burger, or the way in which it was served. I almost feel sorry for the person who thought they’d absolutely nailed it with quirk and originality, how thigh-slappingly pleased they must have been with themselves, bless them. 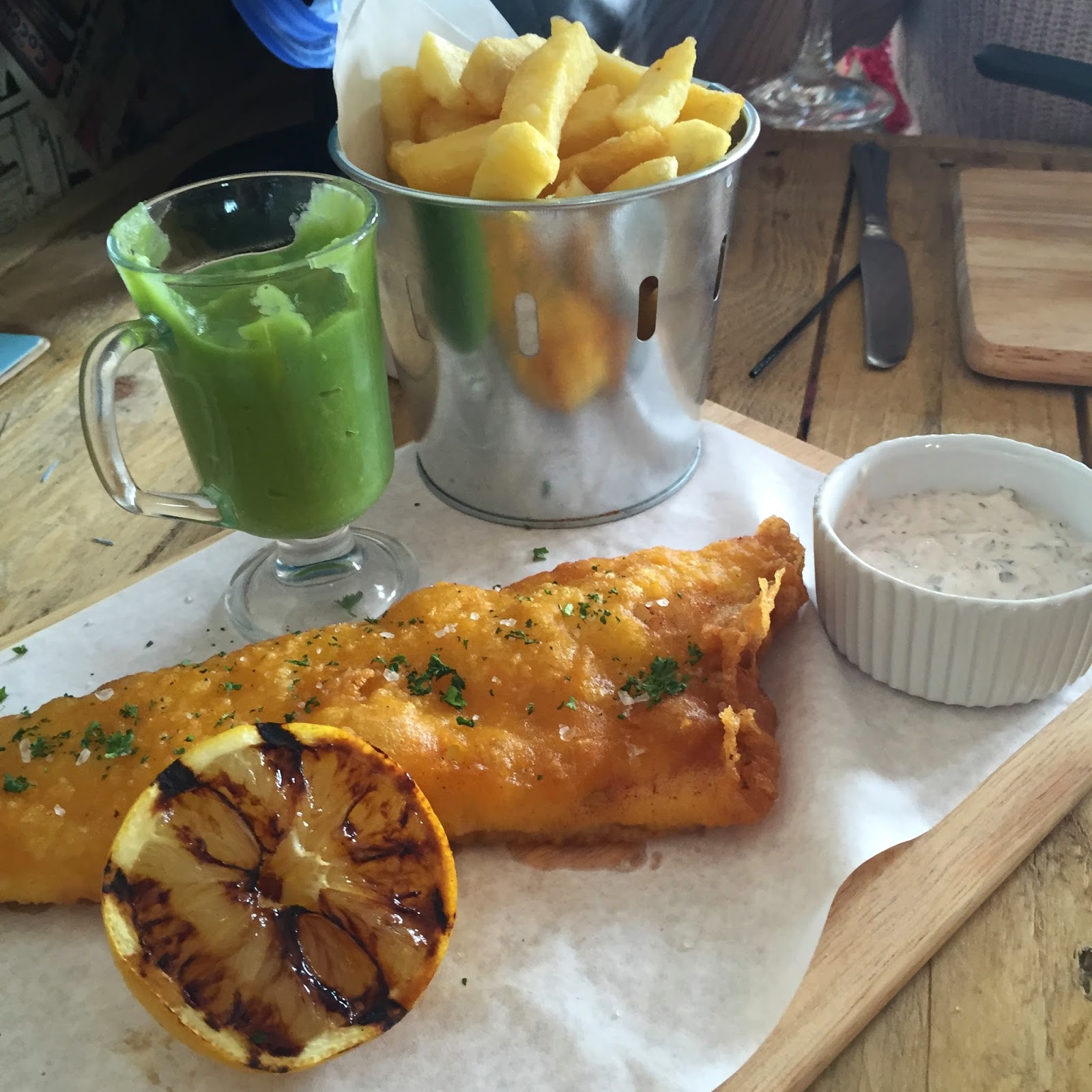 Soooo, the main event, the other half of the venue’s namesake, so one might be forgiven for hoping it was going to do slightly better than the liquor had done.. it did, but then it would have been quite a remarkable achievement for them to have served anything else as desperately awful as our cocktails were.

The battered cod was exactly that, edible, but certainly nothing to rave about. Give me Wolfies any day.  The chips were bog standard but alright. I see what they tried to do there with the lemon, but… The mushy peas (£1.50) were luke warm and for some bizarre reason known only to the chef and/or management, came in a latte glass. Really, really odd.

The best bit of all of it was the tartare sauce, which the owner himself assured me (on Twitter) that this is made on the premises. In fact, the owner in general is quite chirpy on Twitter… 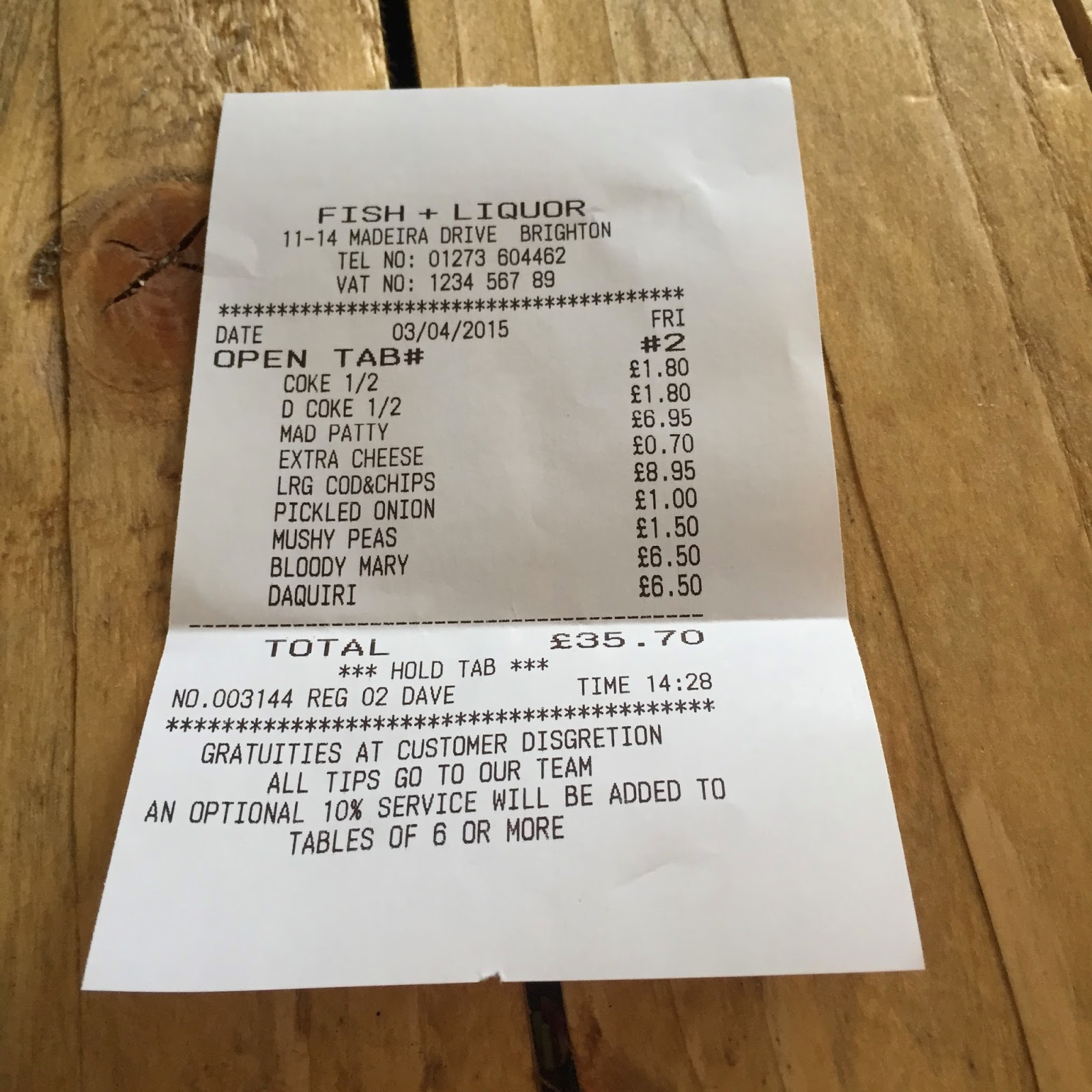 Despite having undergone an extensive refit the interior is tacky and already looks a bit sorry for itself and shabby around the edges.. definitely preferable to eating beside a bass bin at The Volks, that’s not really a huge mark in its favour though. But as I said earlier, it really doesn’t matter, that place will have a licence to print money during the spring and summer seasons.

If ever there was an open and shut case of somewhere living down to my expectations, well, this is it. It doesn’t matter to them, they’ll rake in pots of cash from hoards of day-trippers and tourists, it doesn’t matter to me either, plenty more fish in the sea (ho ho ho).

Have you been to Fish+Liquor? What are your thoughts? Please do comment below or message me on any of my social networks, I’d love to hear what you think.