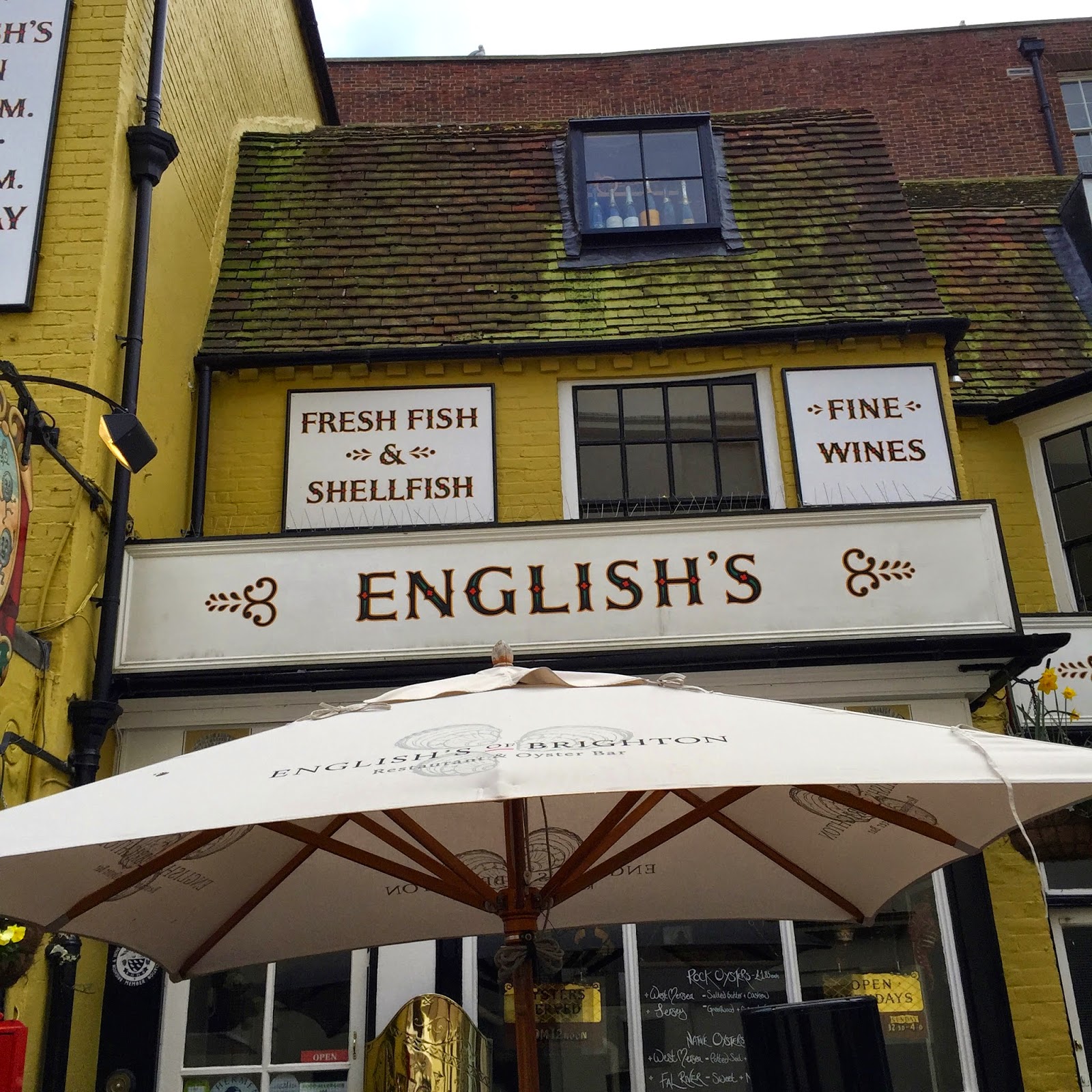 There’s numerous places in Brighton claiming to be one of the city’s ‘institutions’, but celebrating 70 years in business this year, I think that as the oldest seafood restaurants in Brighton, English’s have more than earned their stripes.

My parents came here for their wedding breakfast, with me in tow, actually, but in all honesty, I never really thought to come here. It was on my ‘list’ but always overlooked in favour of the next new opening or a less formal place to eat, I’m pretty sure this may be the case for others too, but we all need to think again.

In recent years they’ve had to up their game, with the likes of Fishy Fishy and Riddle & Finns appearing on their doorstep, this once formal place of somewhat stuffy reputation has loosened its top button and given their branding a bit of an overhaul to boot.

Their Spring tasting menu, which several other Brighton bloggers and I were invited* down to try, was designed and executed to help reposition the restaurant, as somewhere for informal dining too, rather than just a special occasion or a Birthday meal for your Gran. 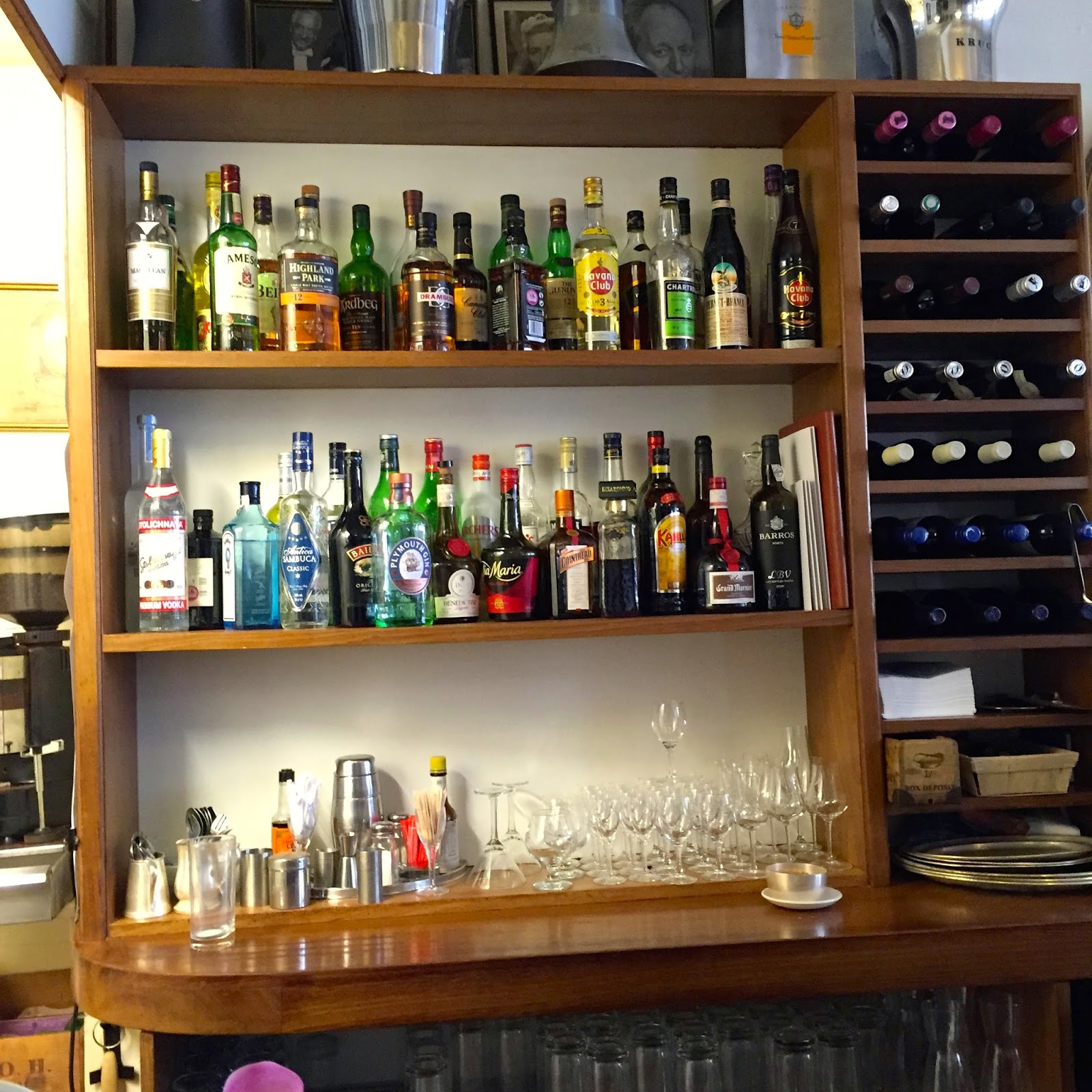 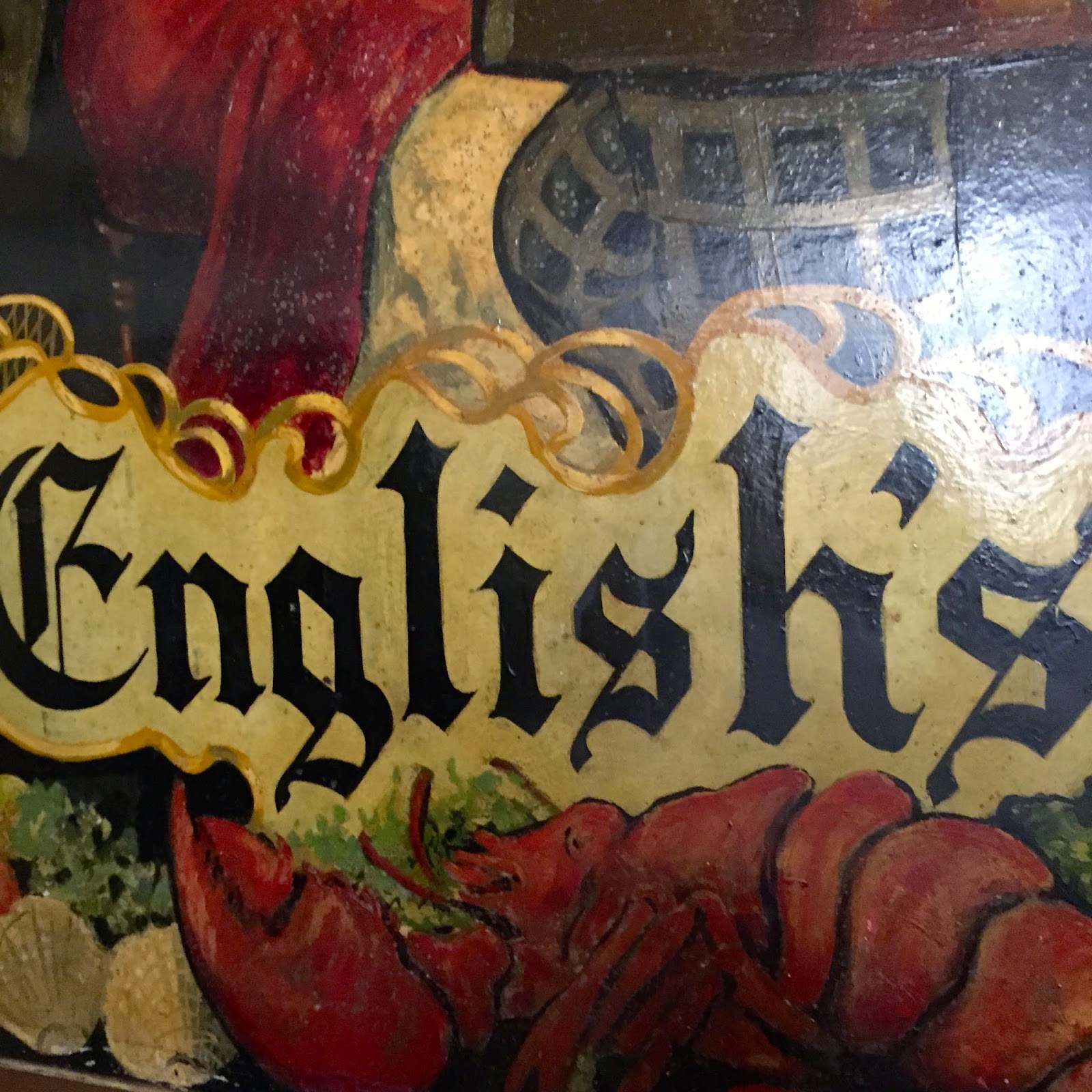 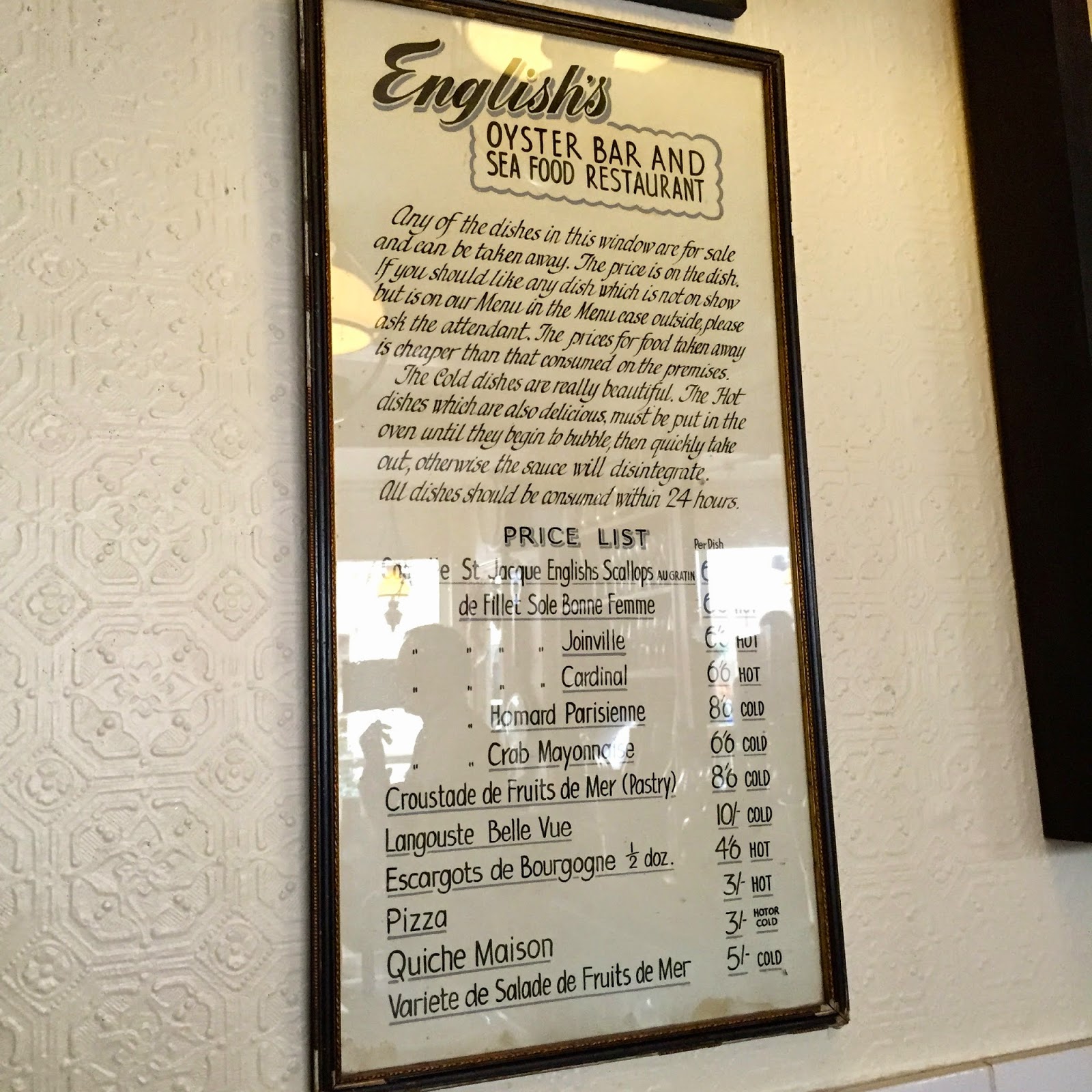 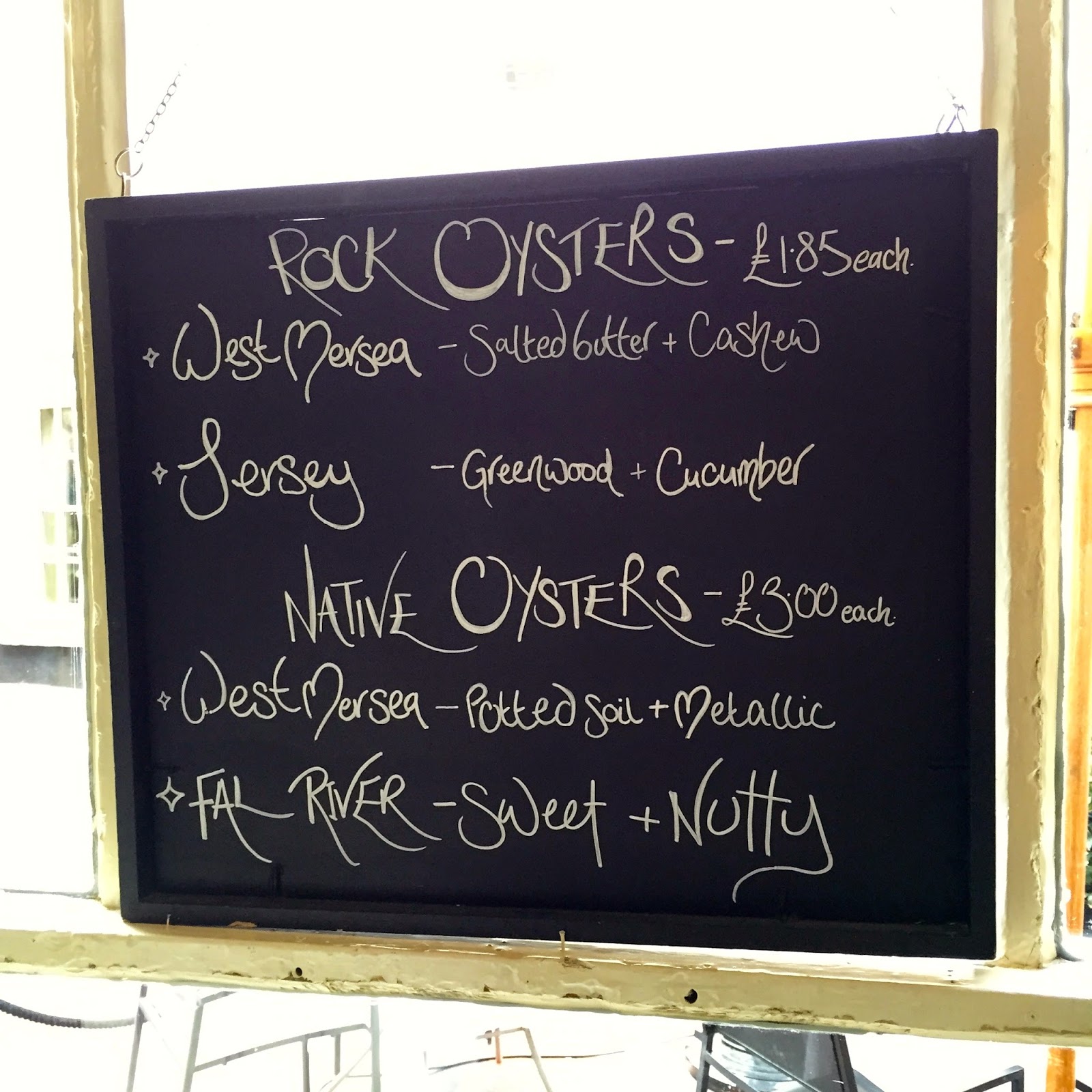 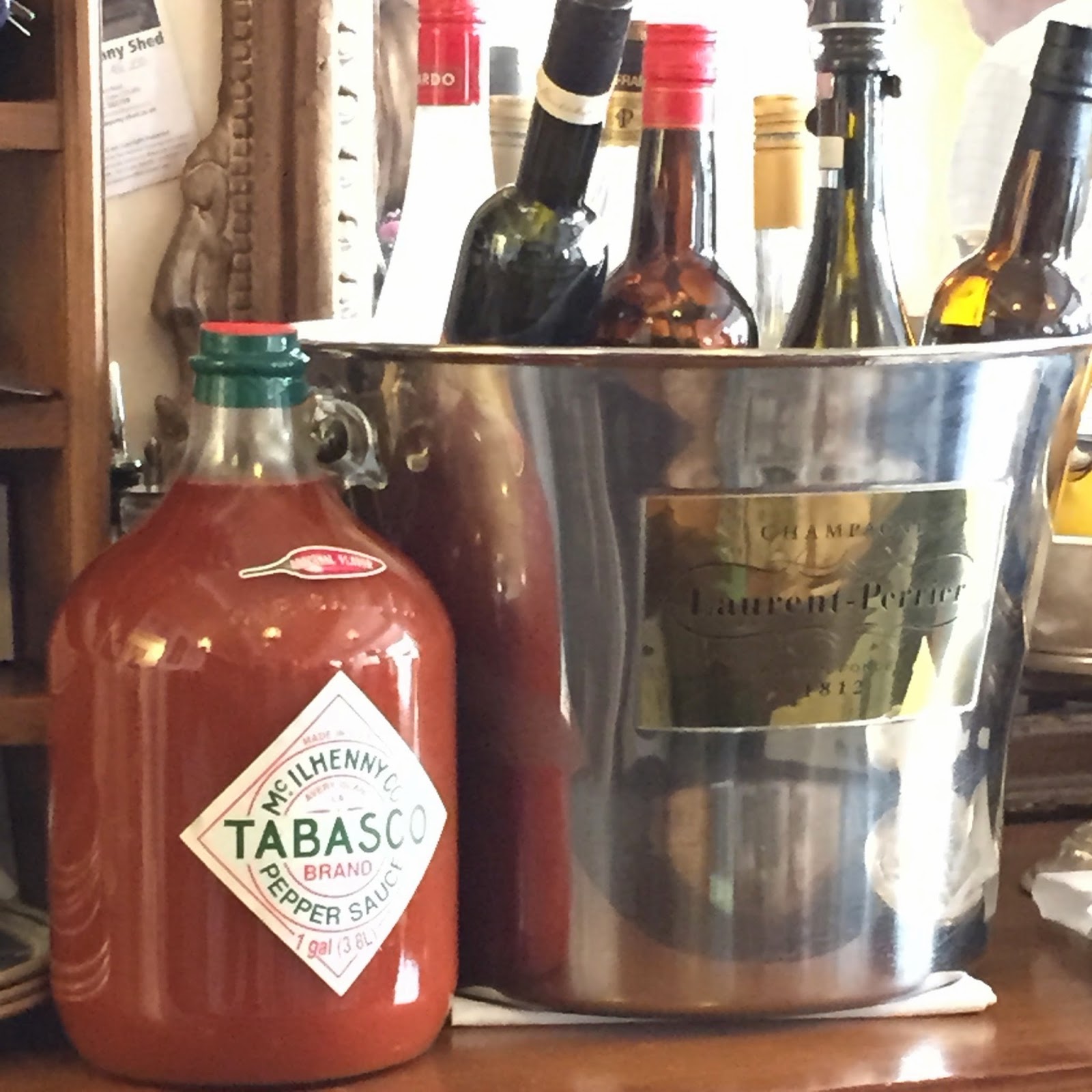 I remember lusting after this bottle of Tabasco at their event in the Summer, my feelings haven’t changed, it truly is a thing of beauty and I would love to have one for my flat! Huge Tabasco fan, in all its guises. 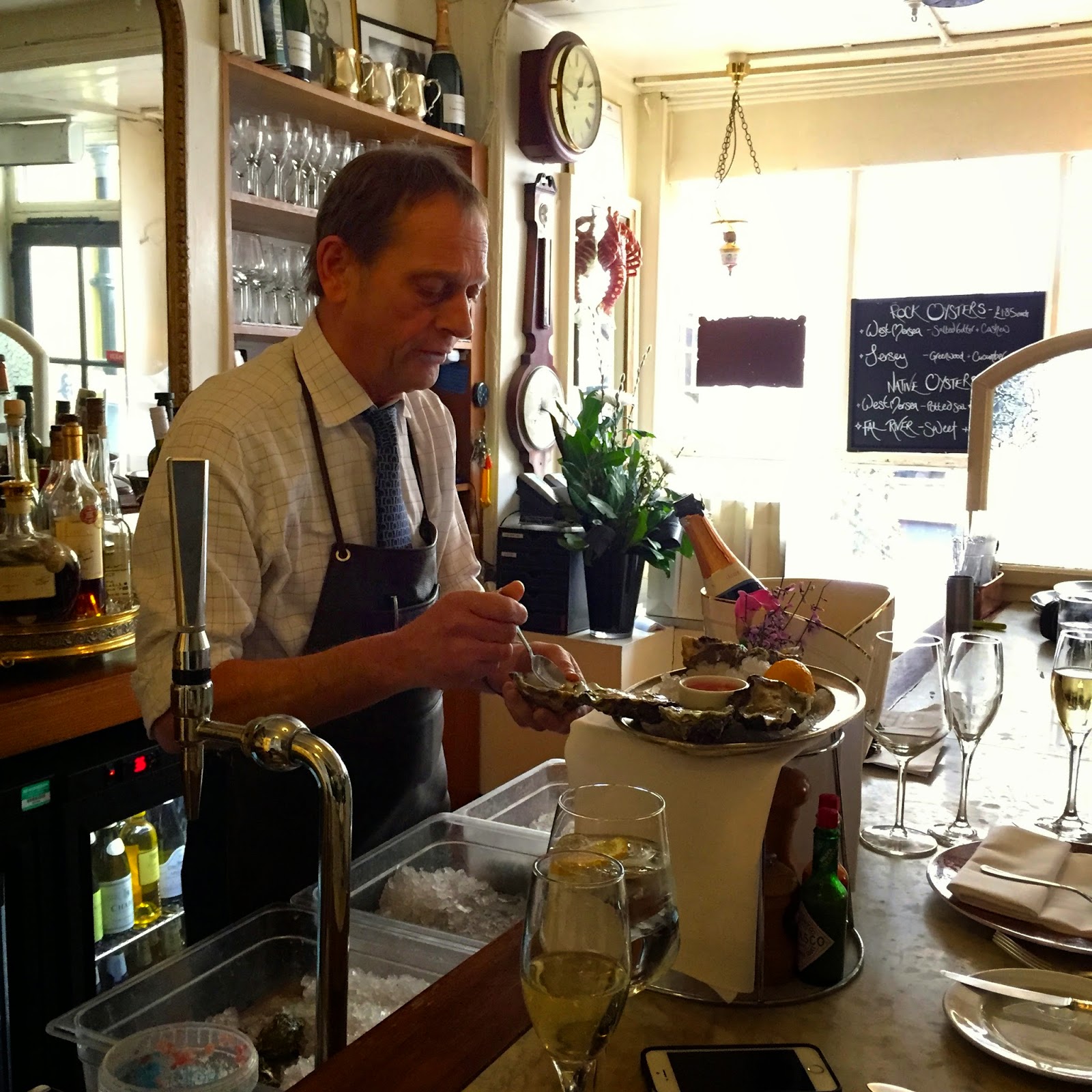 Johnathan (above) manned the marbled topped bar effortlessy and solo. He served us our oysters and talked us through all the dishes and their garnishes as they came out, and also monitored our glasses to ensure they were always full to the top to the good stuff. He was the perfect host. 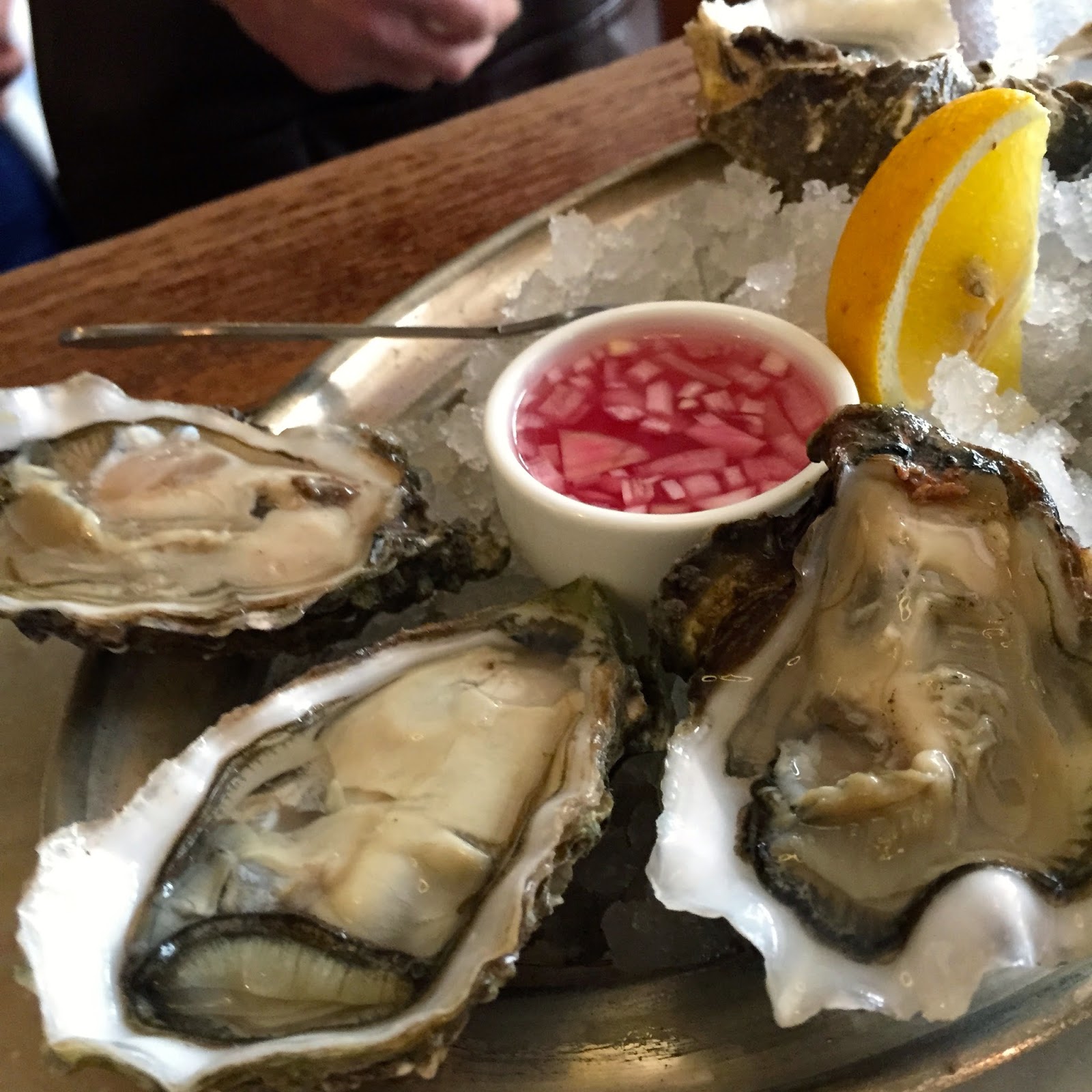 We started off with some raw oysters with Tabasco and/or shallot vinegar, and they were just as brilliant as the ones that’d blown me away at their party in the summer. Between £1.85 and £3 each, they are are pricey, but definitely worth it. If you’re new to the world of oysters, I’d suggest opting for one of the cooked options rather than going all in with a raw one on your first go. 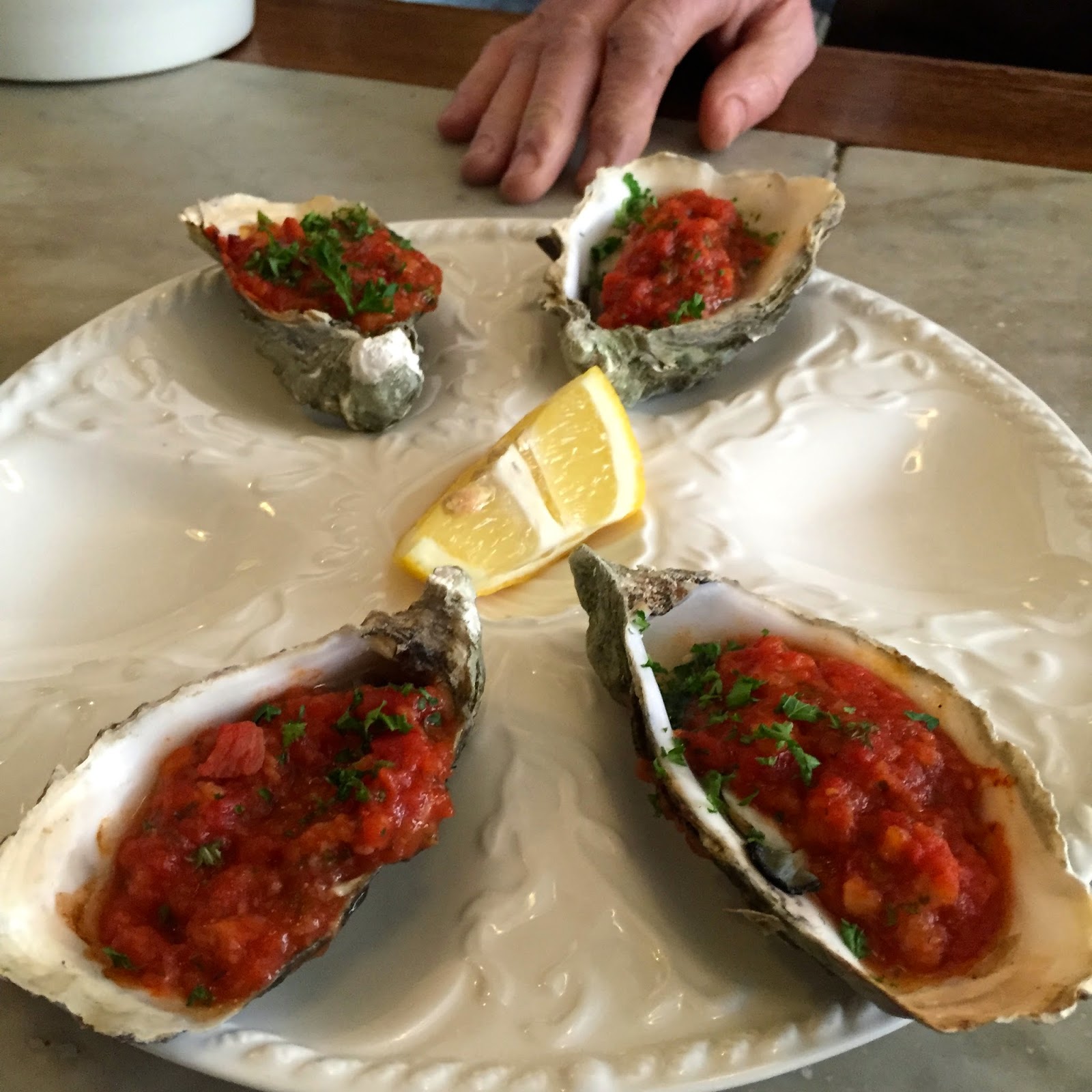 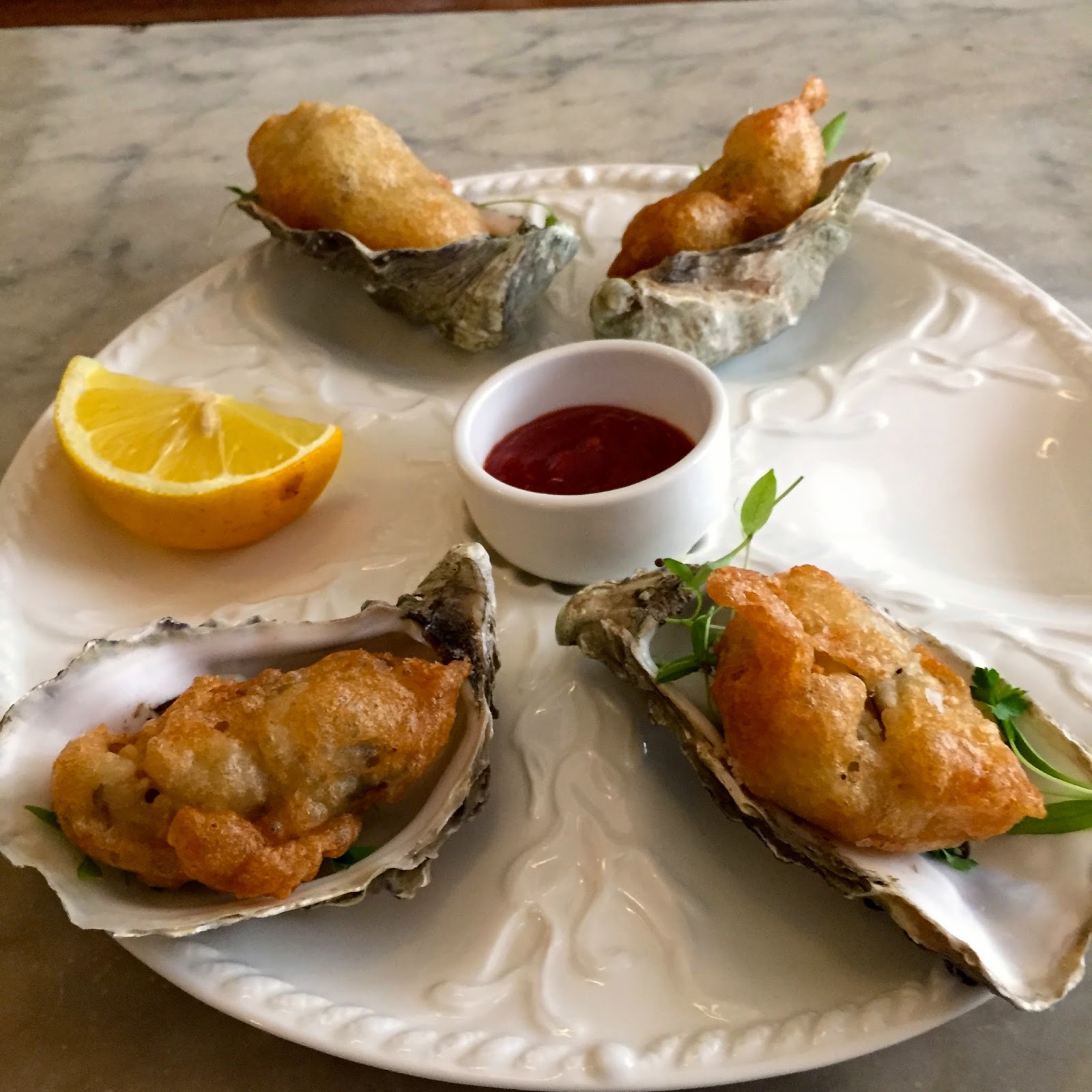 The Kilpatrick were my favourite of all, they were like a chunky Bloody Mary and bacon mix over the lightly steamed oysters. Just lovely.

I was a fan of the tempura version as well, these too were lightly cooked enough that they’d retained their texture, but not shrivelled up and gone rubbery as can happen with just a little too long in the fryer. 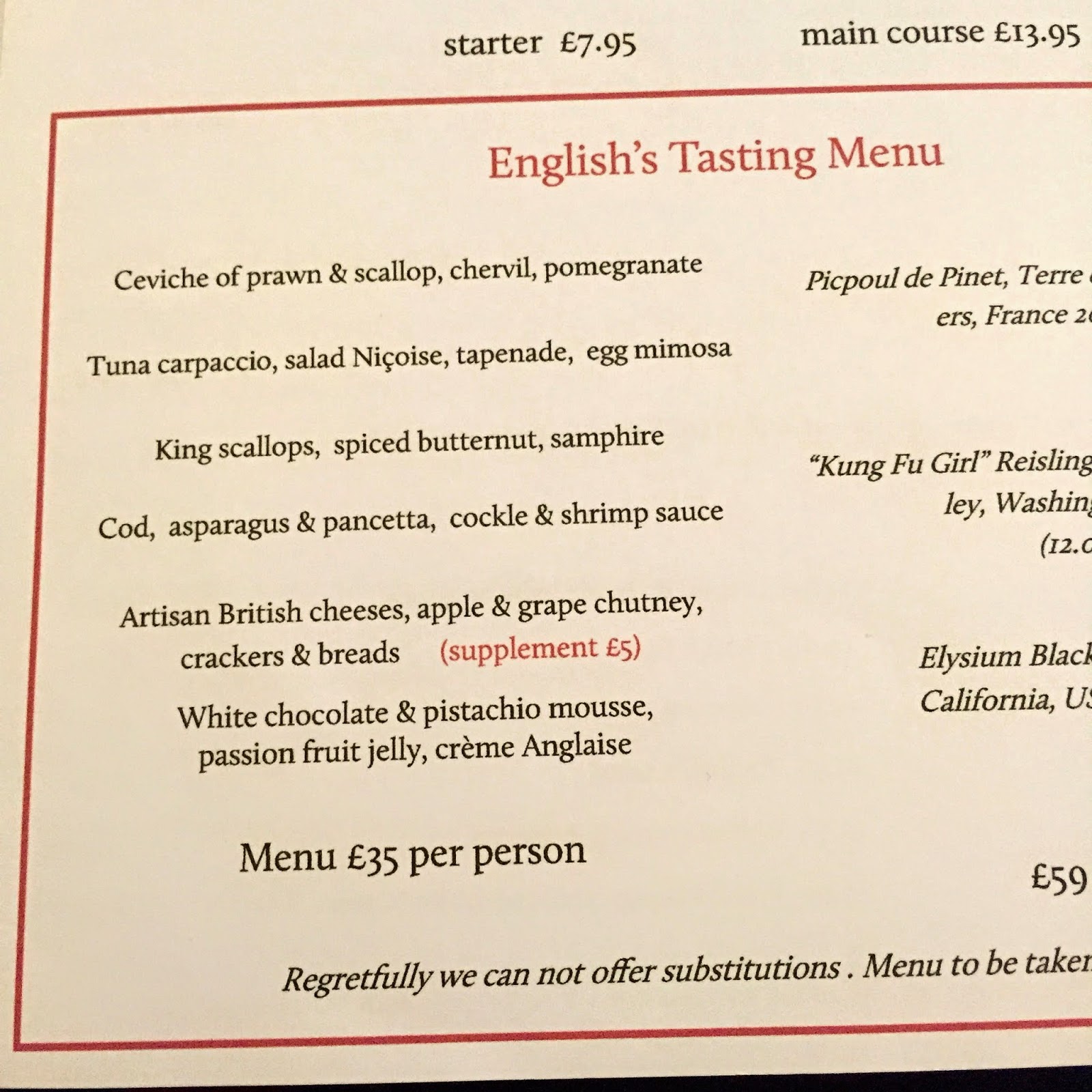 We  had everything but the ceviche

The menu menu reads really well, and there wasn’t anything that I wasn’t looking forward to trying. £35 is an excellent price for it too as the portion sizes are reasonable, leaving you satisfied rather than uncomfortably full.

Obviously not one for those who aren’t fish fans, in fact I’d probably suggest another restaurant altogether, as English’s are all about the fresh fish and shellfish, bar a couple of token steak options. 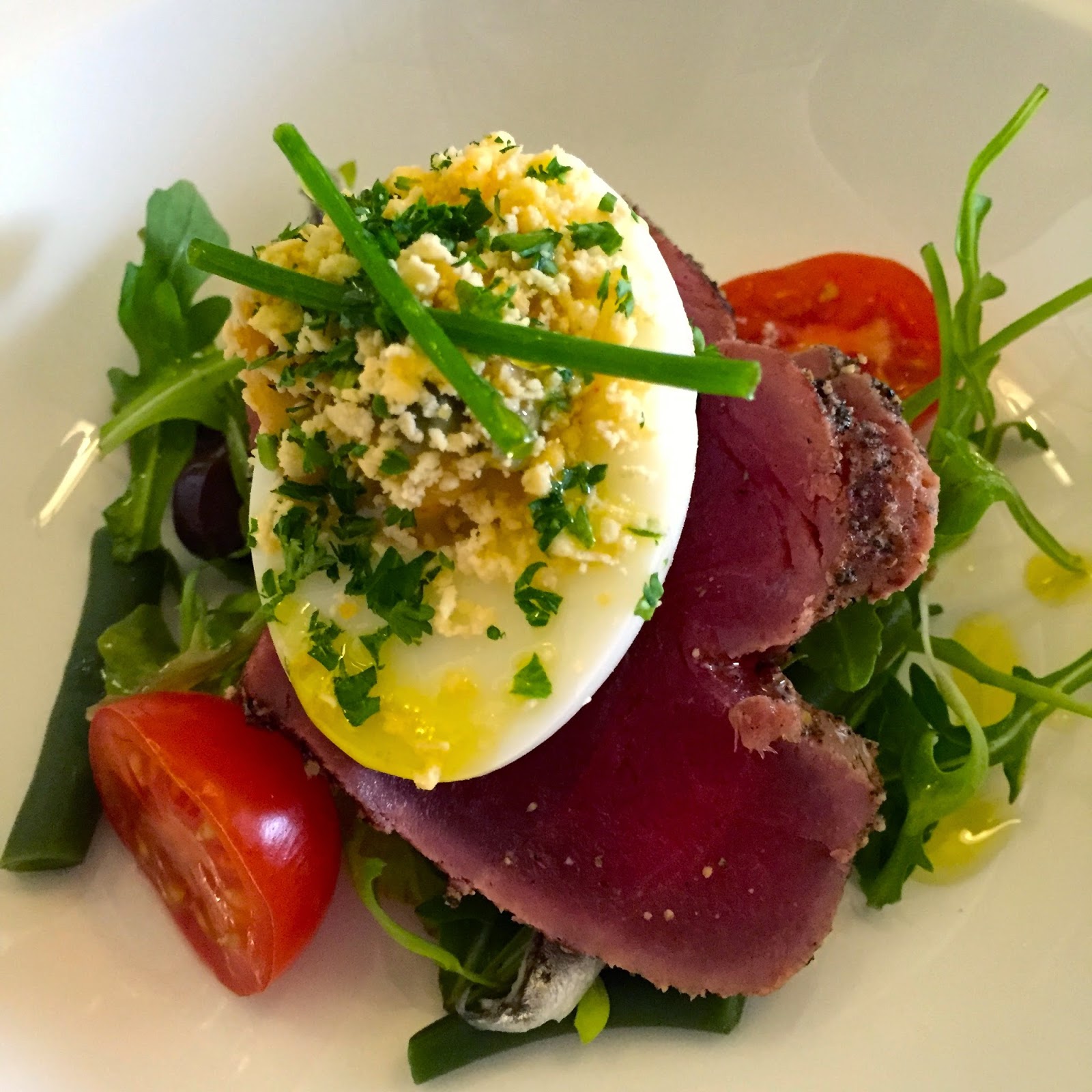 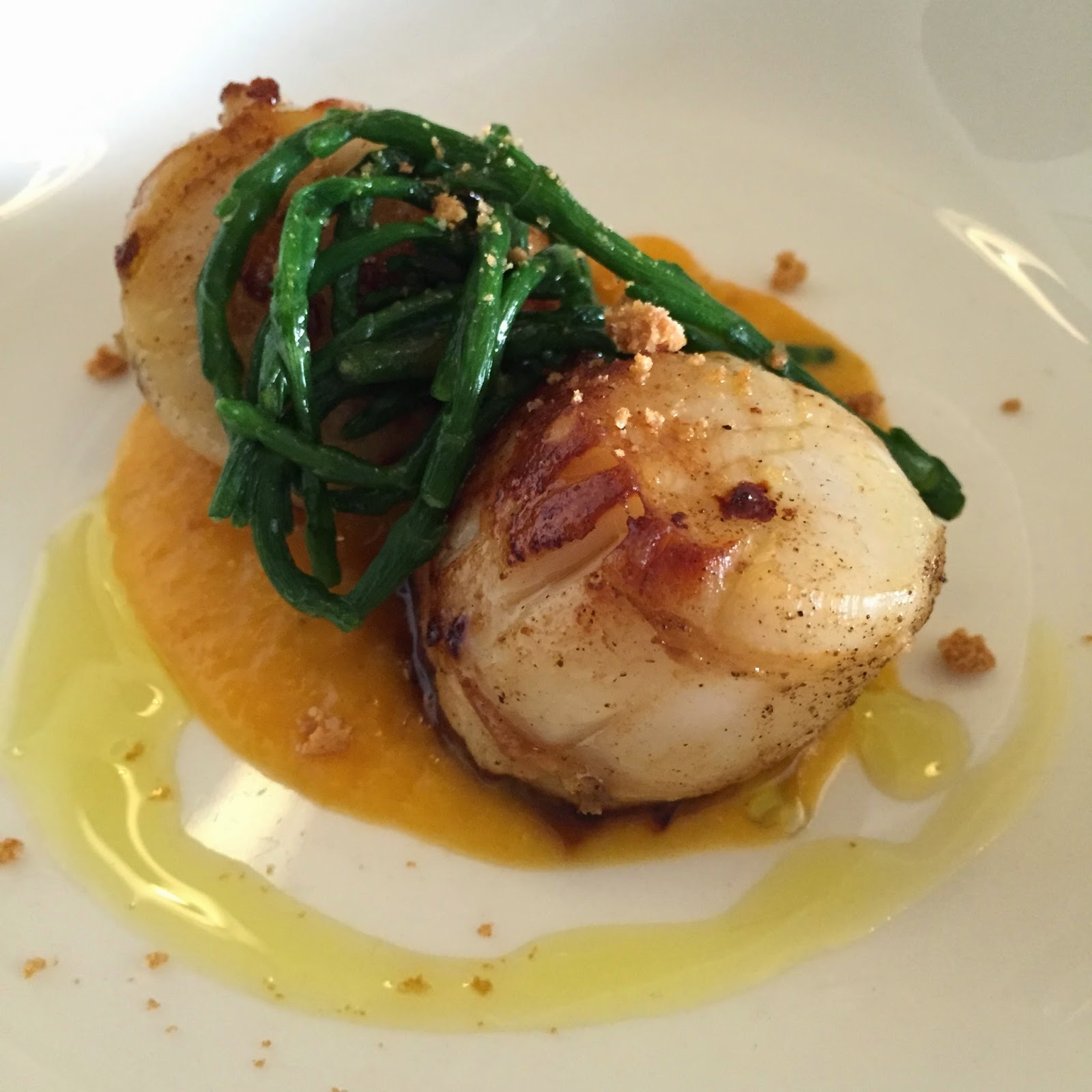 The scallops were from just up the road at Beachy Head and were perfectly cooked. They were grill for 30 seconds on each side, but still carried on cooking during their journey to the table, or in this case, marble topped bar. I love samphire too, it reminds me of my friend Jenna, and this added a nice bite to it, which contrasted beautifully with the spiced butternut purée and helped to bring out the natural sweetness of the scallops’ flesh.

This was just as good as the scallop dish from Gingerman that I raved about a few weeks ago. I’ve never been mad about them really, but my last two experiences have been literal food for thought. 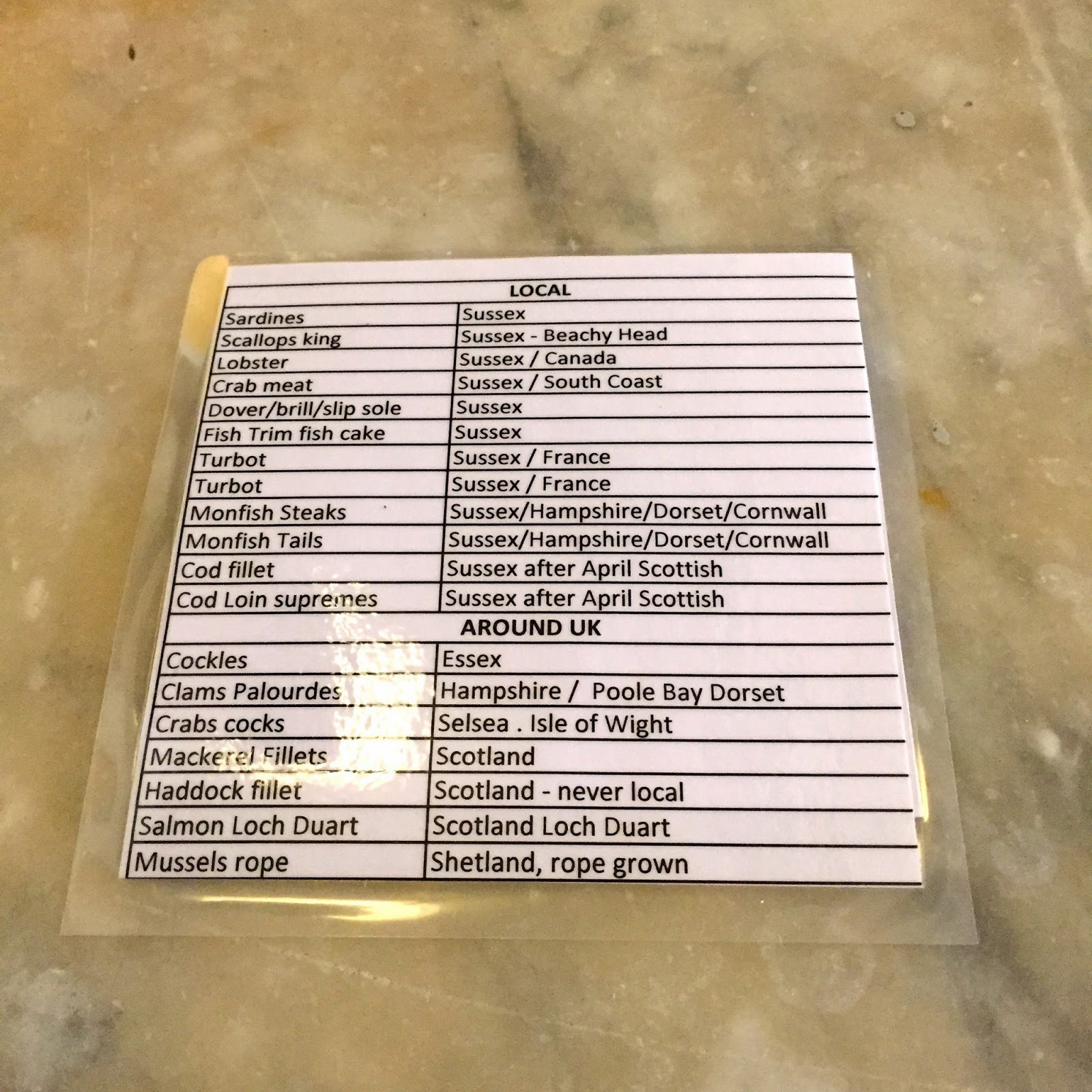 I need to give them a big up for being so clued up on the provenance of all their fish, even producing a laminated list of every type they sold and where it came from. A nice, and reassuring touch I thought. Big tick. 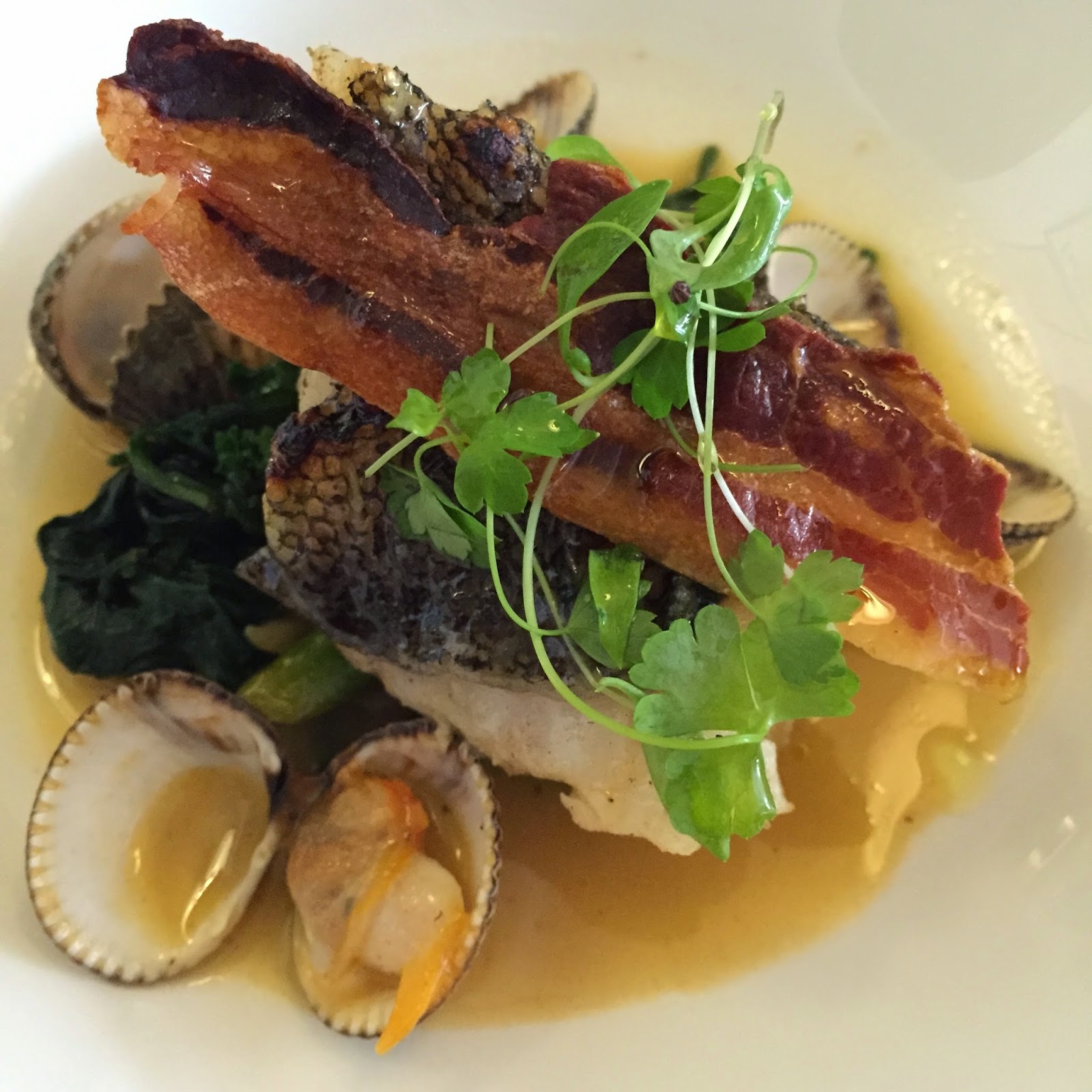 I hardly ever order cod in restaurants, I love it, but it’s never really my first choice. This however, appealed to me immediately when I clocked it on the menu.  The shellfish sauce was concentrated in flavour and broth like, and the cockles which were served in their shells, were super sweet tasting and plump. If there was asparagus in the dish I didn’t notice it, I think it’d been substituted for kale, which I was fine with, especially if the alternative would’ve been asparagus from outside of the UK. The piece of cod was about the size of a pack of cards, and the soft, bouncy flesh was a lovely contrast to the shard of crisp and salty pancetta that rested on top of it. 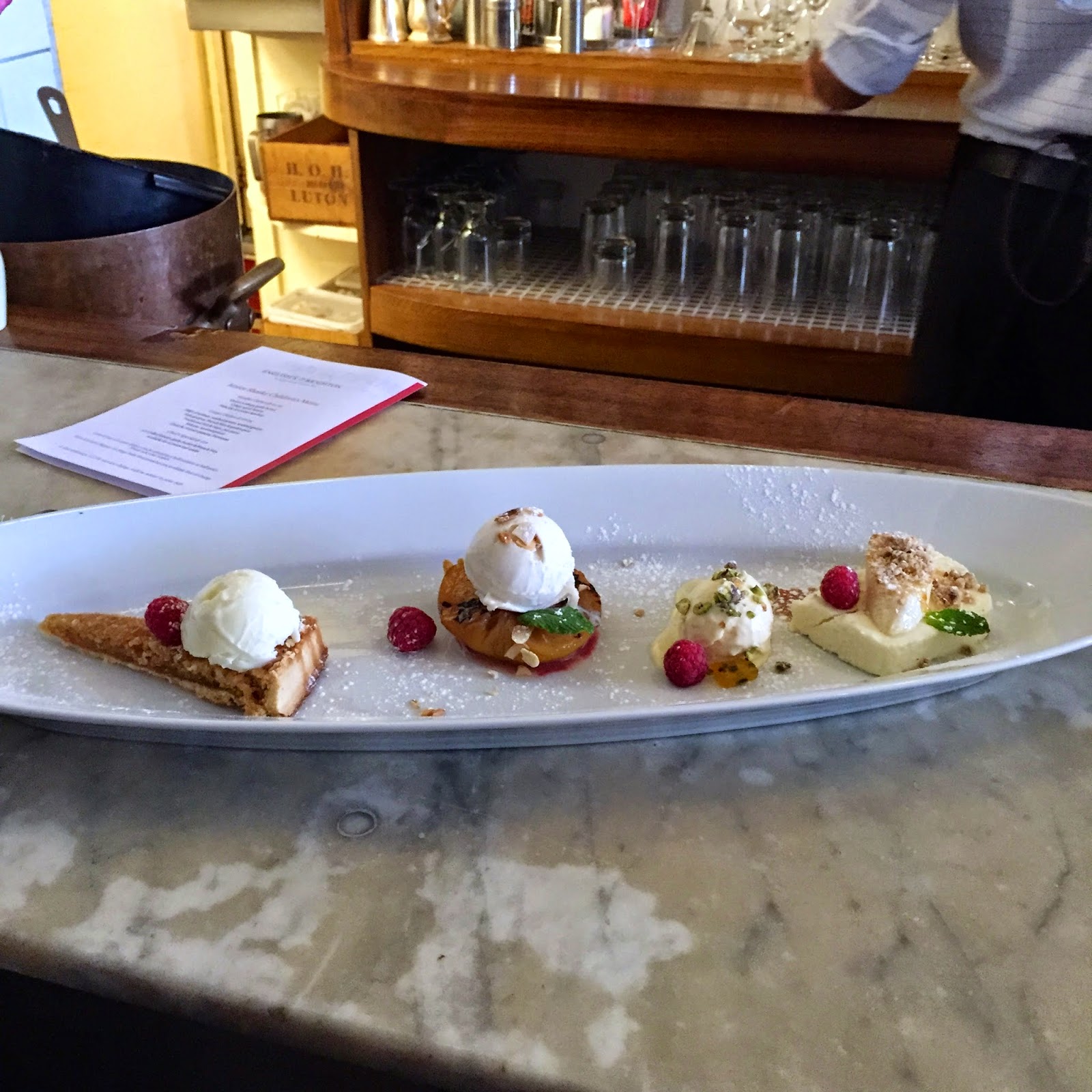 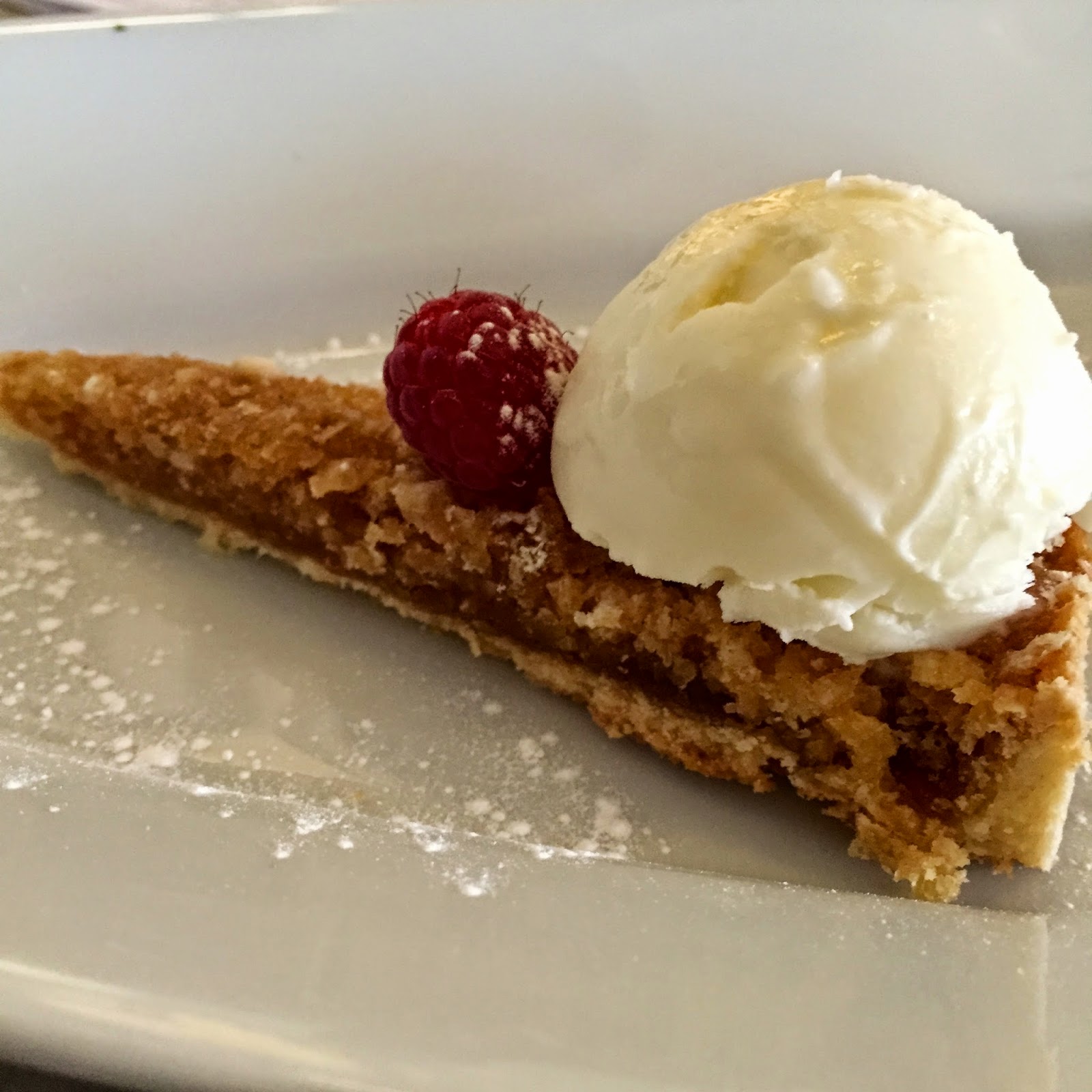 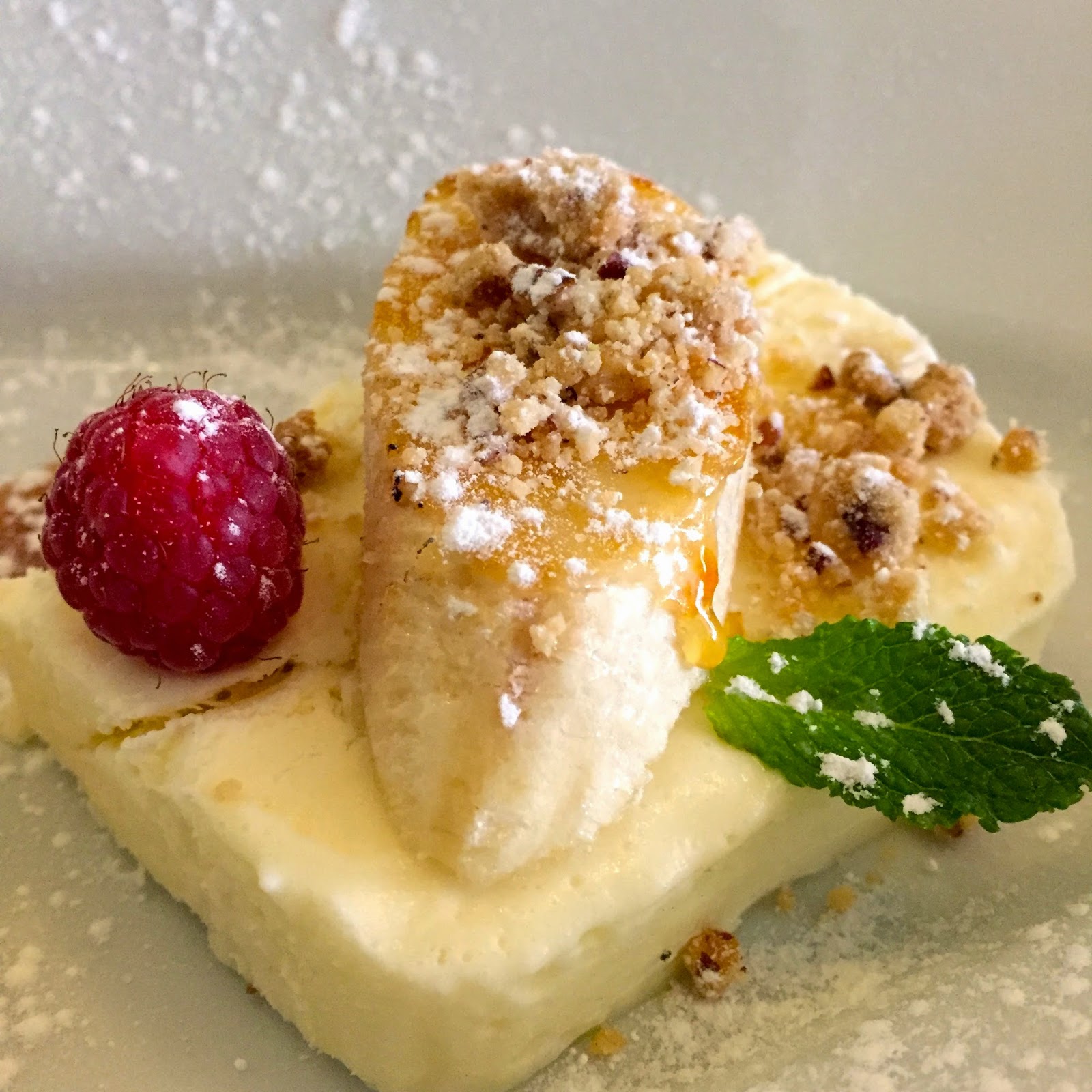 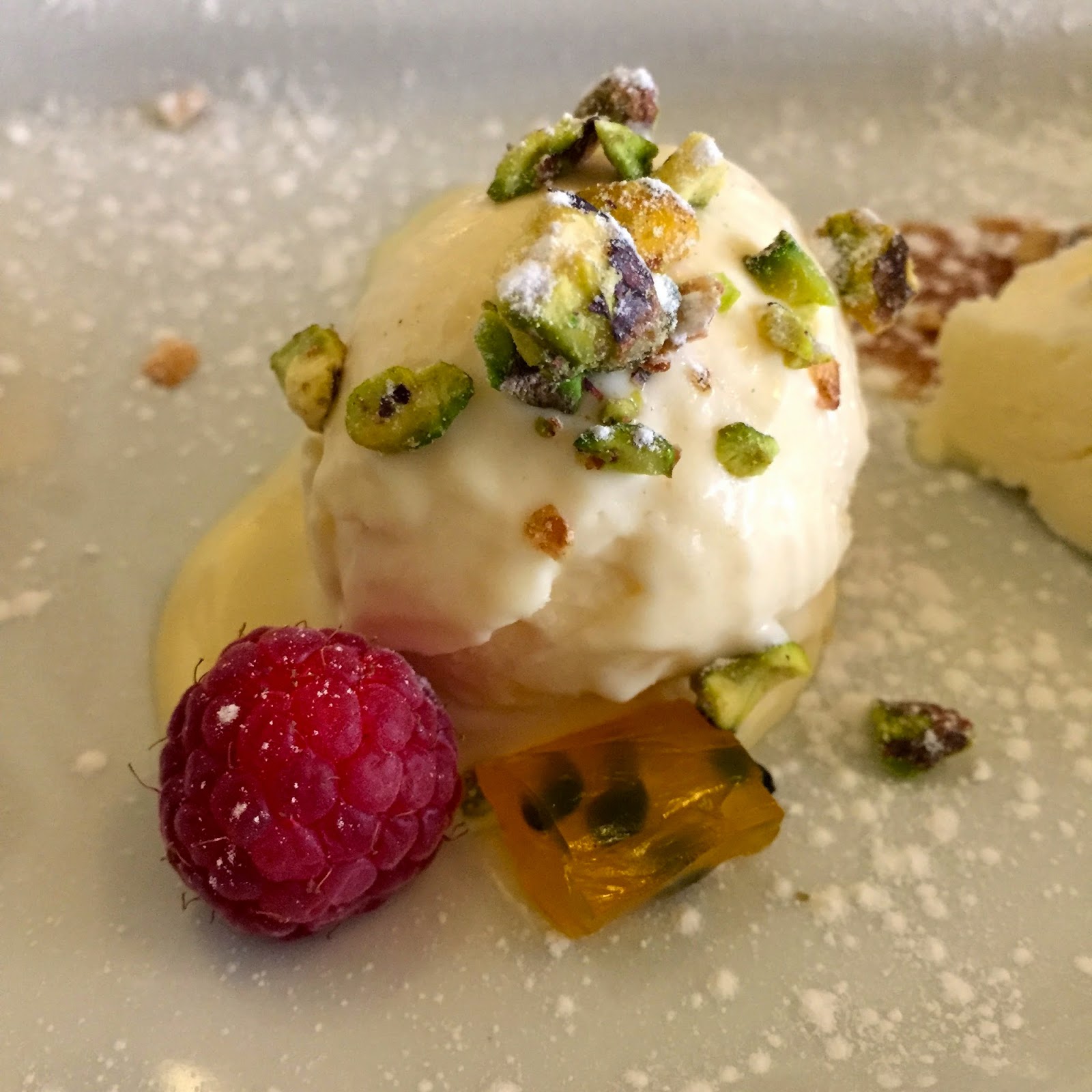 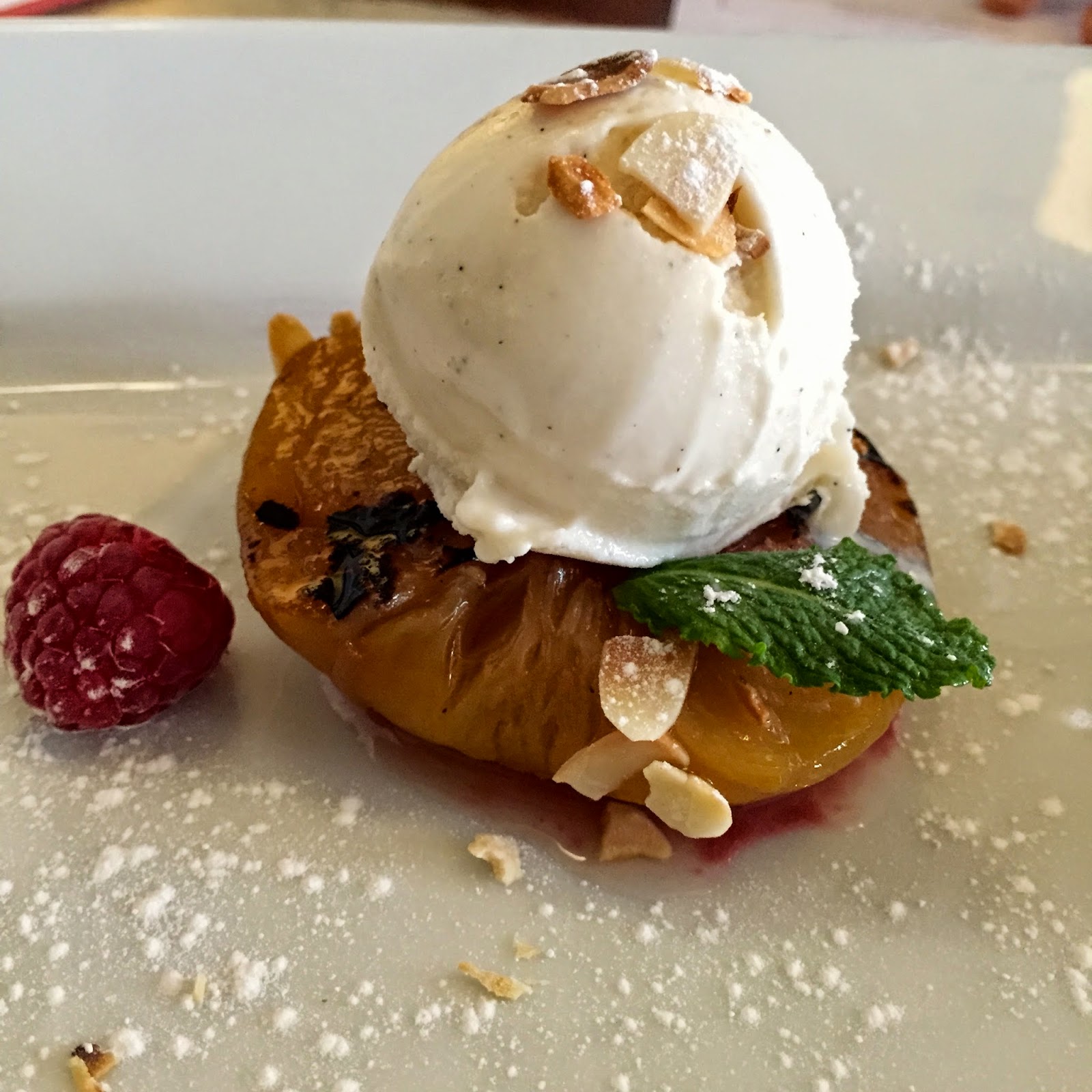 All of the desserts were great, but my favourite was very definitely the white chocolate and pistachio mousse with passion fruit jelly, it was absolutely dreamy. The banana parfait packed a serious punch flavour-wise, the roasted peach was lovely (but not seasonal) and the treacle tart was tasty, but a bit dry. I would always opt for a dessert platter given the choice, great for those who have difficulty committing to just one choice. 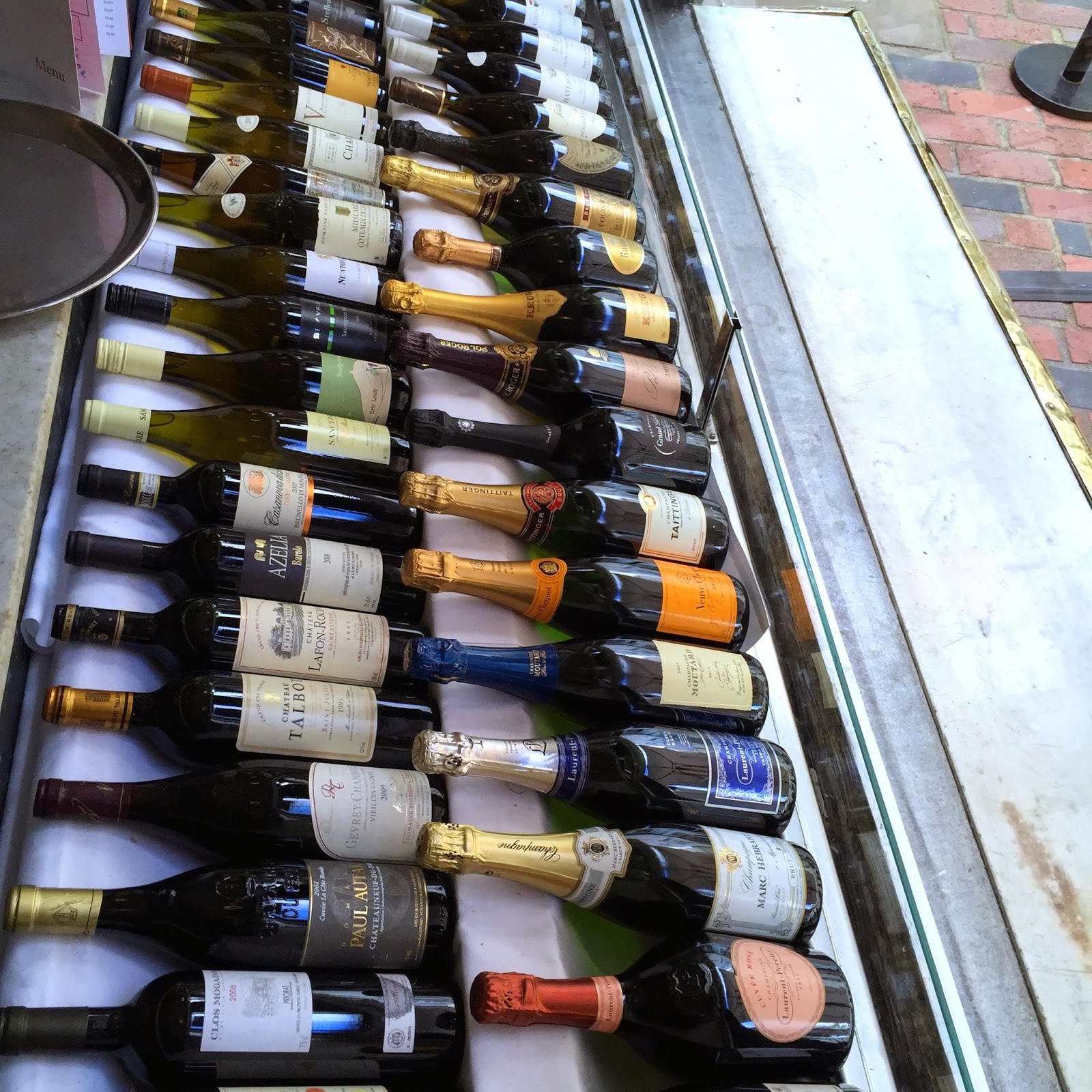 Wine and Champagne aren’t my tipple of choice at all, I’ve tried, really I have, but it always ends the same, parched mouth and headache and/or indigestion. But for the wine lovers out there, I think the selection English’s have on offer will be extremely appealing.

Throughout the meal we drank Nyetimber sparkling wine, and it was lovely, they were also kind enough to give us all a bottle to take away too, so I’m saving it for a special occasion. 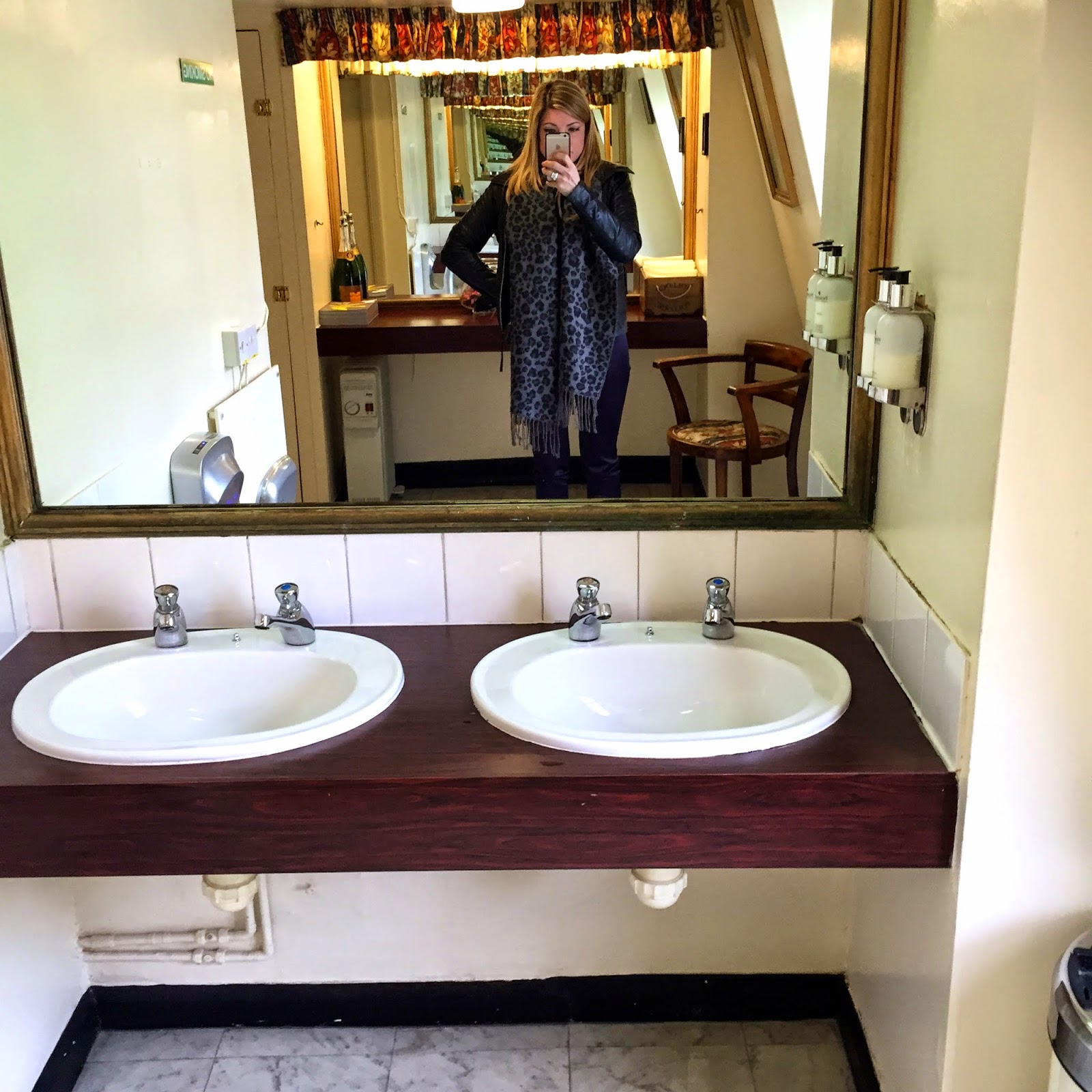 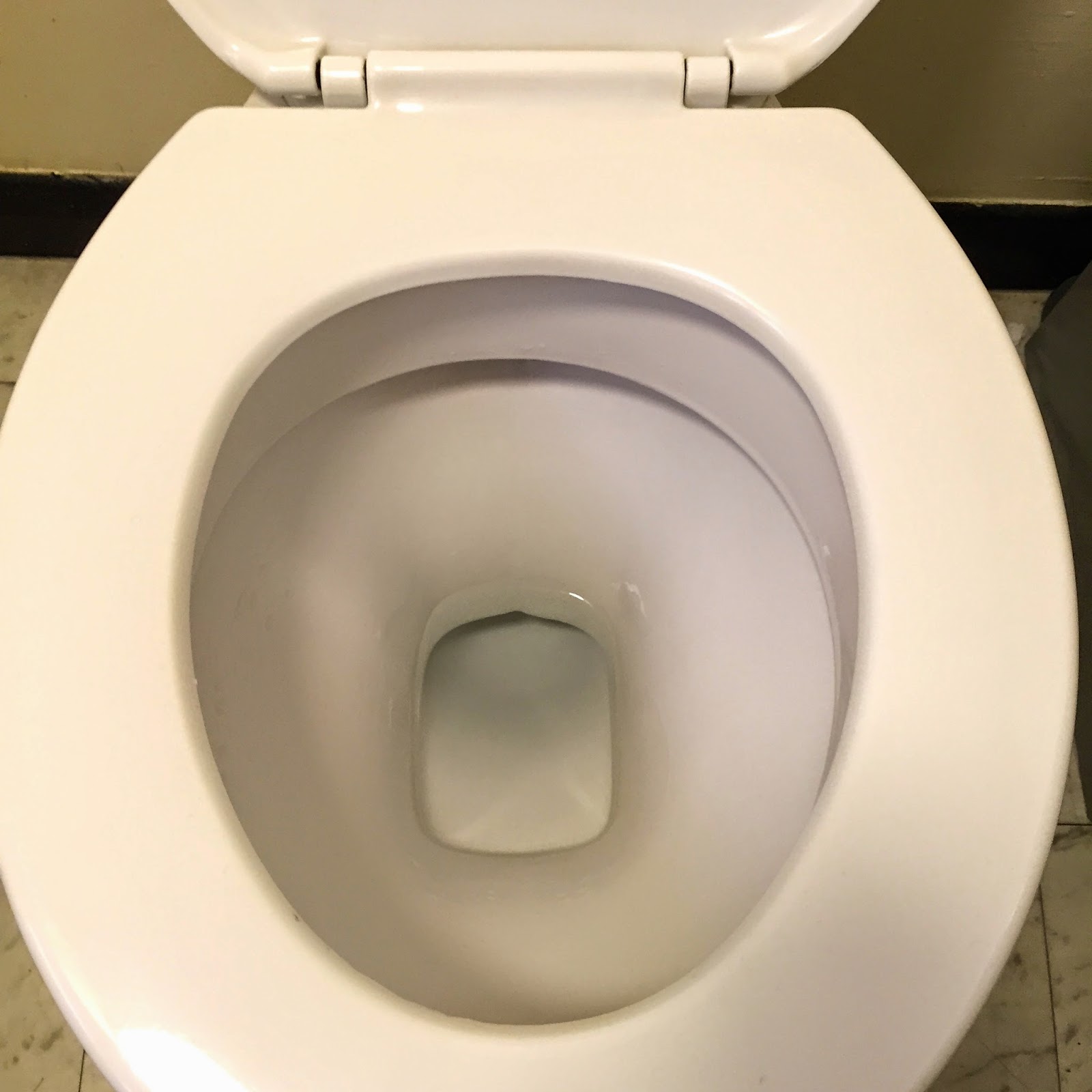 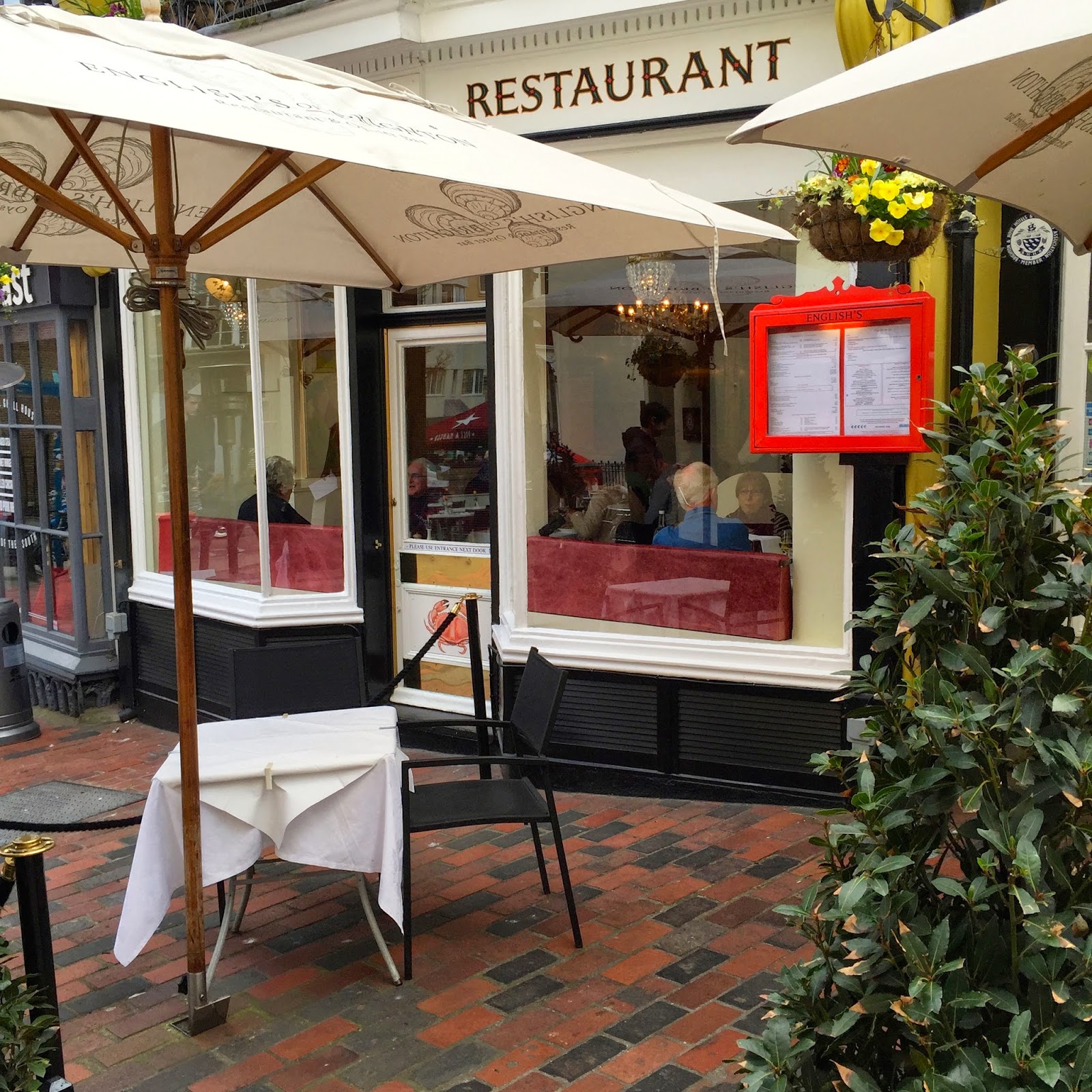 Although it’s not exactly a sun trap, I know for a fact after coming here for their end of summer party last year, that the terrace is a lovely place to spend a sunny afternoon drinking bubbles and eating oysters. 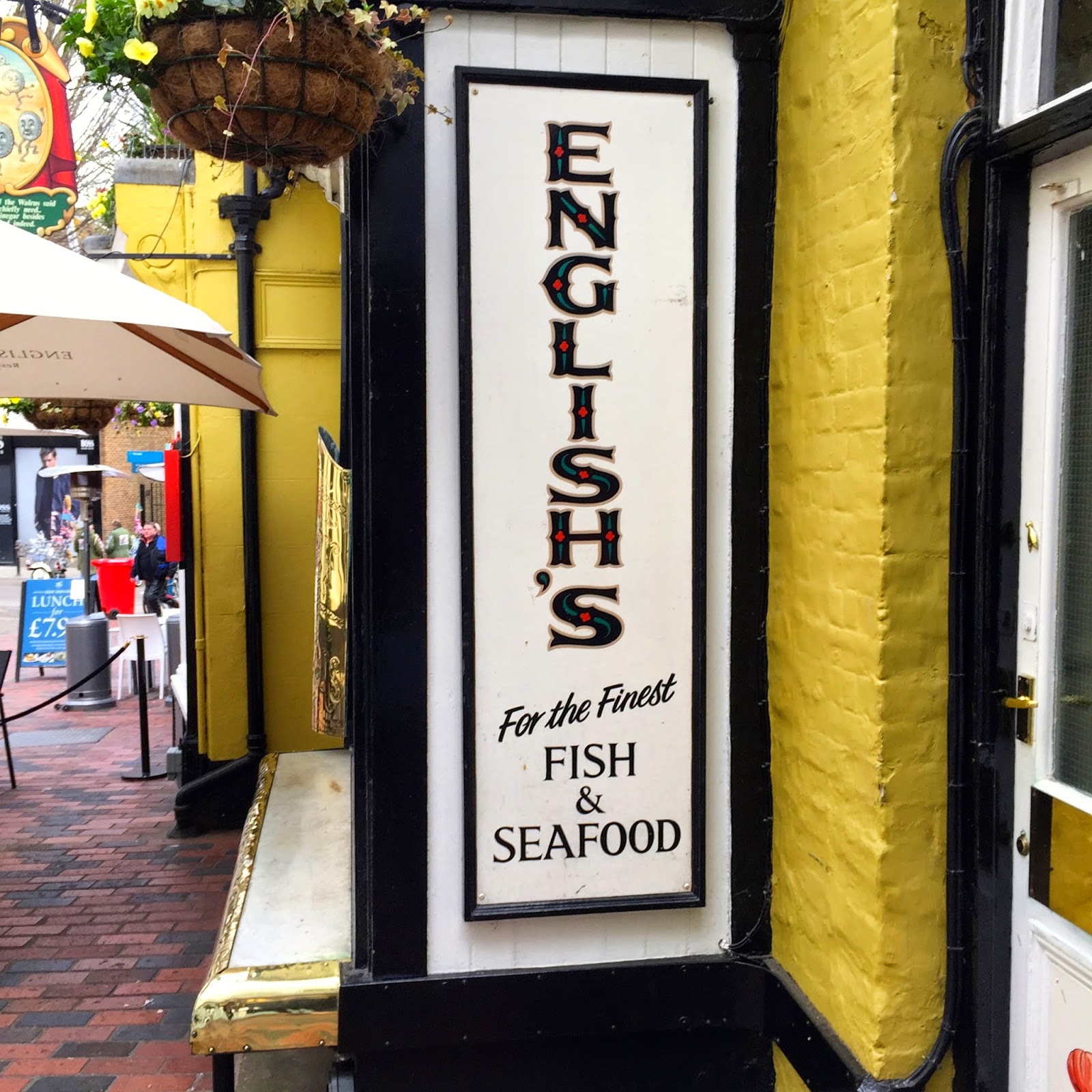 So in summary. Interesting, delicious and great quality food with friendly and knowledgable staff. The interior may not be to everyone’s taste, but I’d say there is definitely still a place for a traditional, family run seafood restaurant, in the ever changing landscape of Brighton food.