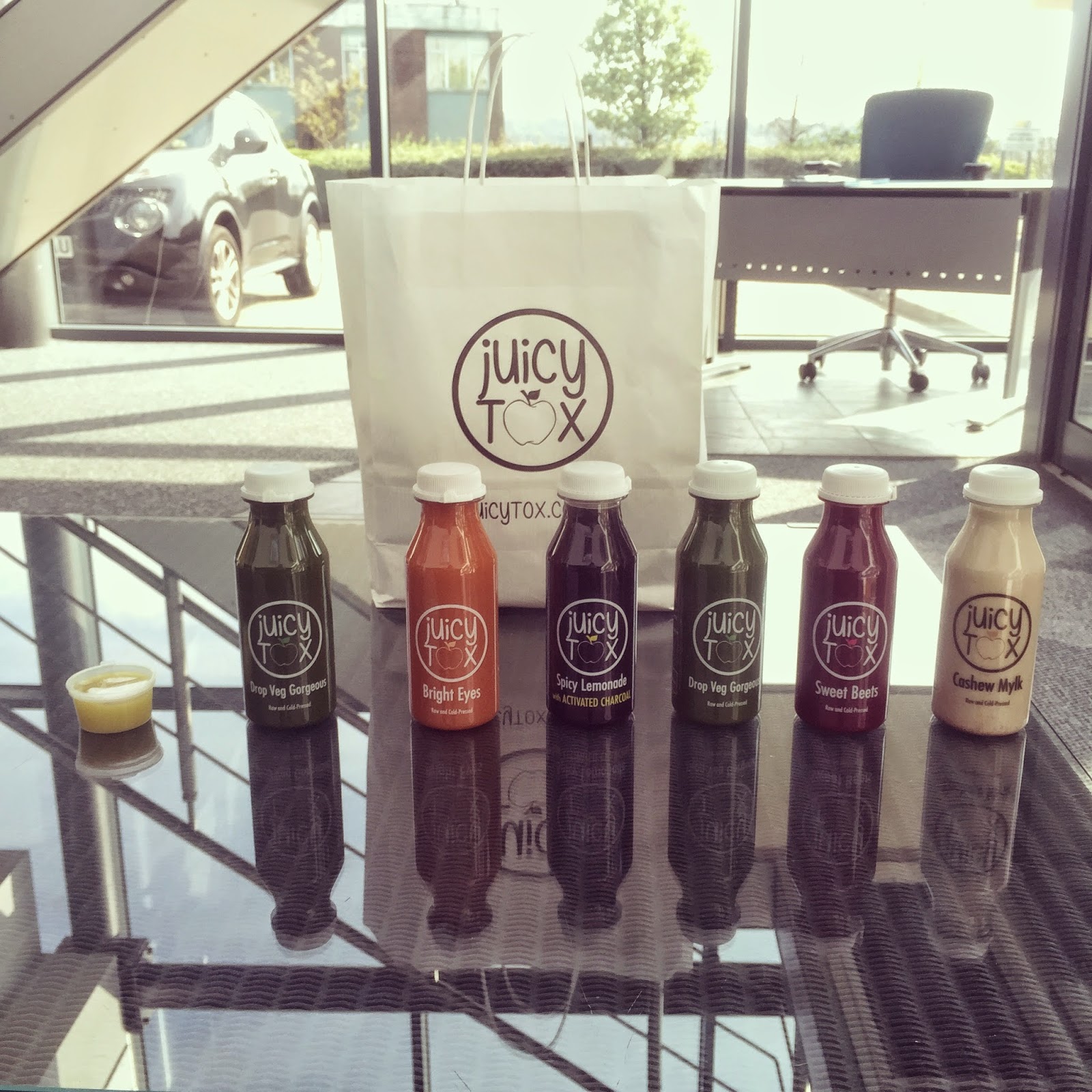 If  there was a candidate for the most unlikely person to do a juice cleanse or any kind of ‘detox’ it is me. Self-deprivation isn’t something I subscribe to, ever, at all. I’ve never been on a diet nor do I put myself through any sort of punishing exercise routine. All those things, plus the fact that I have a complete and utter obsession with food, means that the thought of going nil by mouth (solids-wise) was almost entirely inconceivable for me… until now.

Juicytox are a local (Plumpton based) company who use local fruit and veg suppliers which are literally a stone’s throw from my office. Here’s what Rob, Director of Juicytox has to say about the cleanse: “The main reason for our cleanse is to give your digestion system a complete break which enables the juice to hit the right places quicker than if you were to digest it. As its in juice form it’s also easier to consume than if it were on a plate (celery, spinach, kale and your nemesis the beetroot) I’m not an advocate as selling this as a ‘detox’ as I think that’s quite a controversial word and misleading for some people. This is a 4 day cleanse which can bring wonderful results.”

He contacted me after reading my blog as he was interested to see how someone so clearly obsessed with food would deal with one of his juice cleanses, and whether or not I want to do one free of charge. He also made it quite clear that he had read a number of my posts (gulp) and was keen to see how I would review his product. I read his email, rolled my eyes and filed it under ‘I’ll think about it later’.

I’ve been aware that people do this sort of thing, obviously, but it certainly wasn’t anything I’d ever considered doing myself… until I did consider it, and found myself typing out an email back to Rob, agreeing to do their premium 4 day juice cleanse the following week. Because I unusually had no food commitments those days, and because, well, there’s no time like the present. 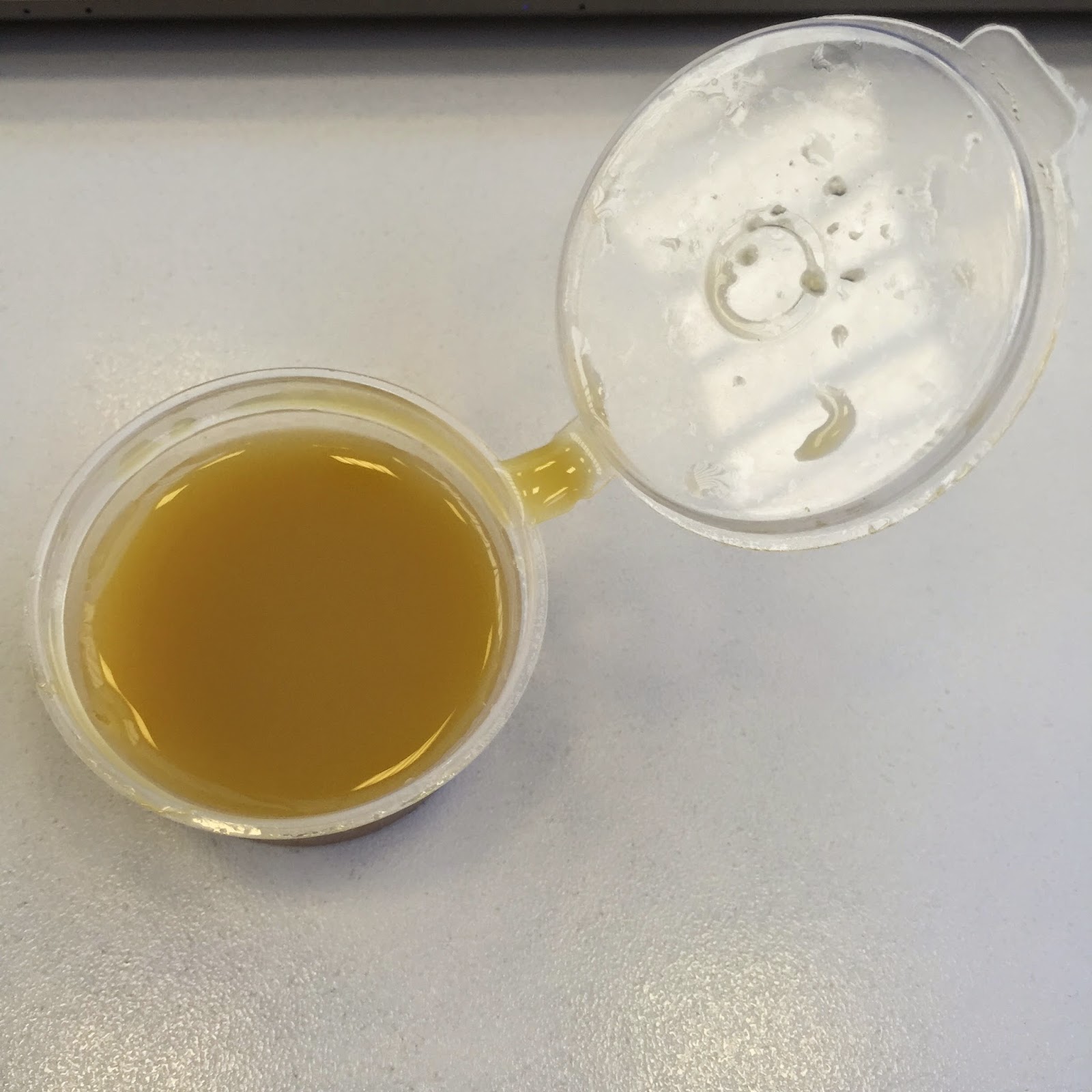 Mmm mmm, a 9am shot of pure, pressed ginger to replace my usual, vat of tea and rye toast with crunchy peanut butter (and butter). If you’re ok with ginger then this is going to be a breeze for you, but if you don’t, well, it’s over quicker than the rest. 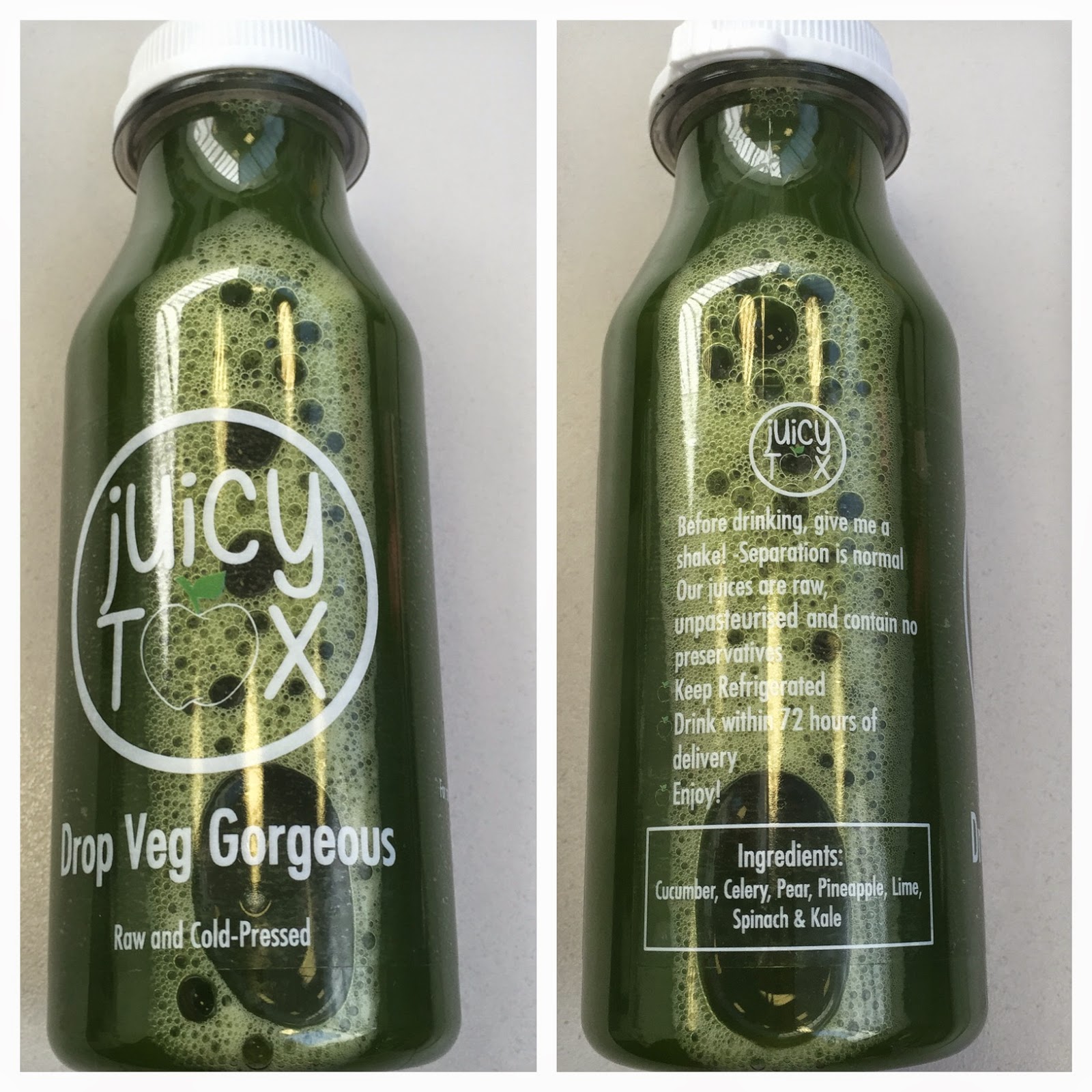 I had two of these a day at 10am and 4pm, and they definitely weren’t my favourite. The predominant tastes, for me, were kale and cucumber with an aftertaste of celery- not ideal, coinciding with both the arrival of the woman who sells bacon sandwiches in our office each morning, and the 4pm ‘slump’ experienced by most office workers. Watching all my colleagues chow down on Haribo while I supped on that was a pretty tough to take though. 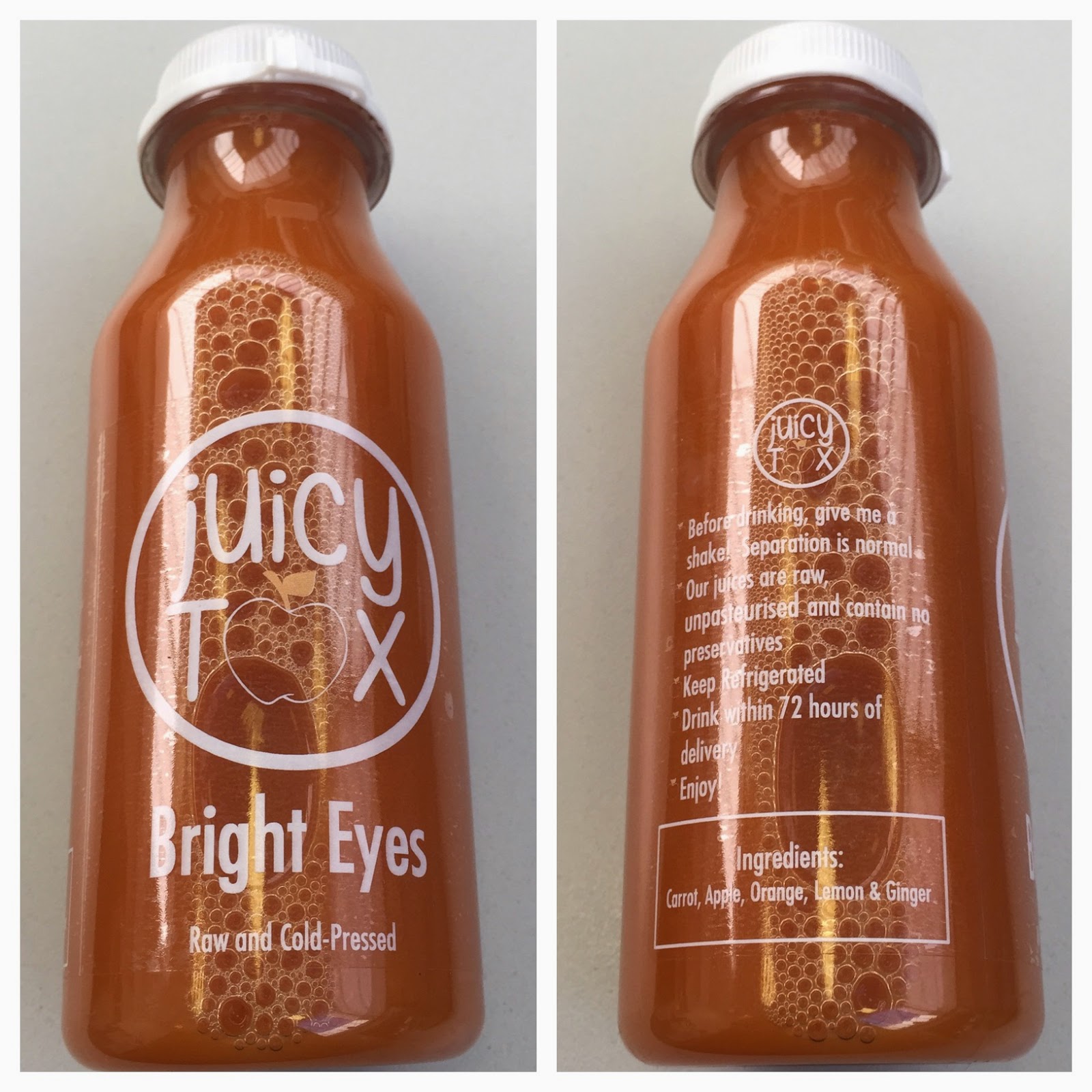 I didn’t expect to hate this one as much as I did, but I really did. The overriding flavour was the carrot and the ginger, and I didn’t like it. By day 4 I had come to accept it, but you certainly won’t find me whizzing up a similar concoction in my Breville activ blend any time soon. Not for me. 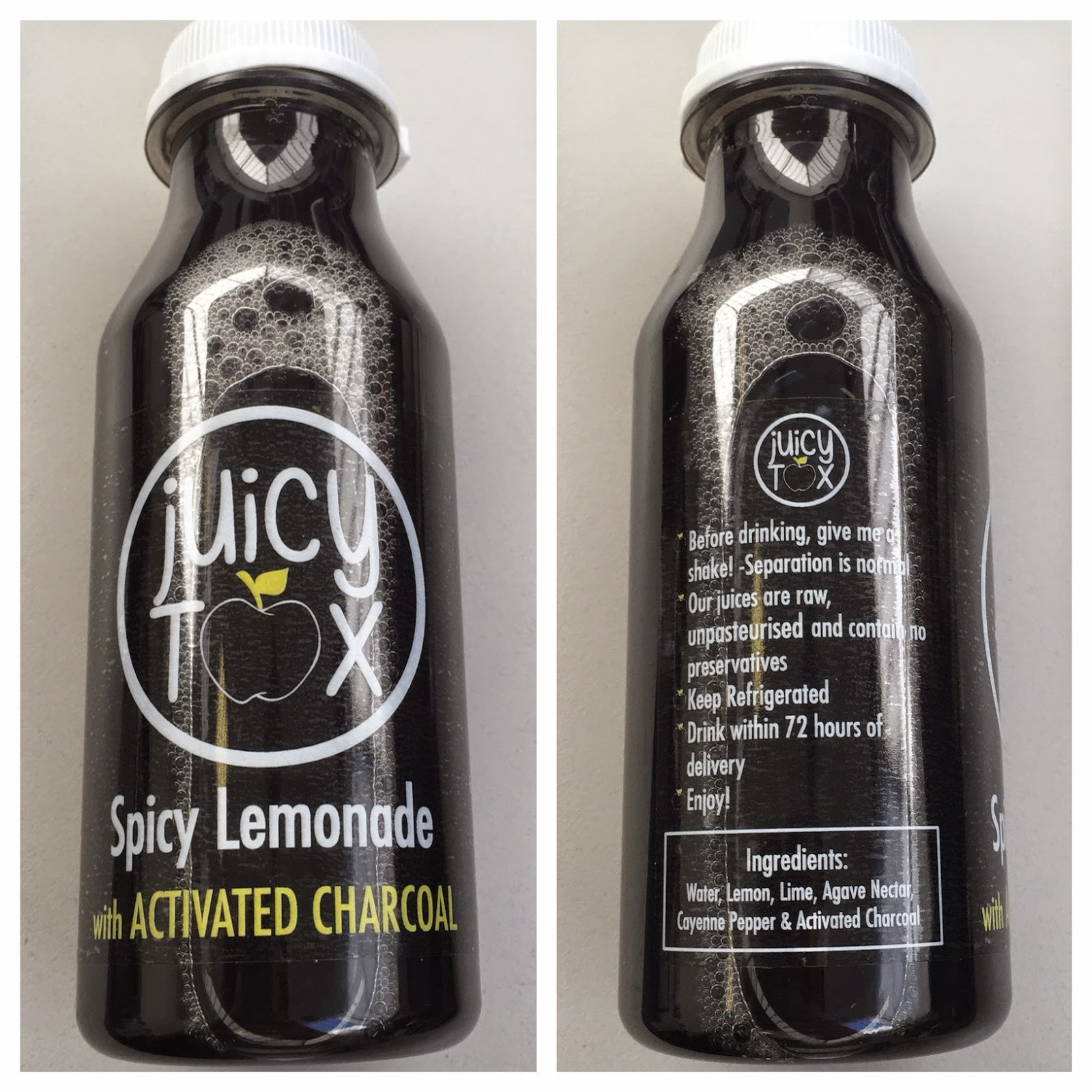 If I had a favourite of the five bottles it’d be a toss up between this and the cashew mylk. The lemonade reminded me of the still, cloudy kind you get from M&S, but with a slightly gritty texture from the activated charcoal in it. 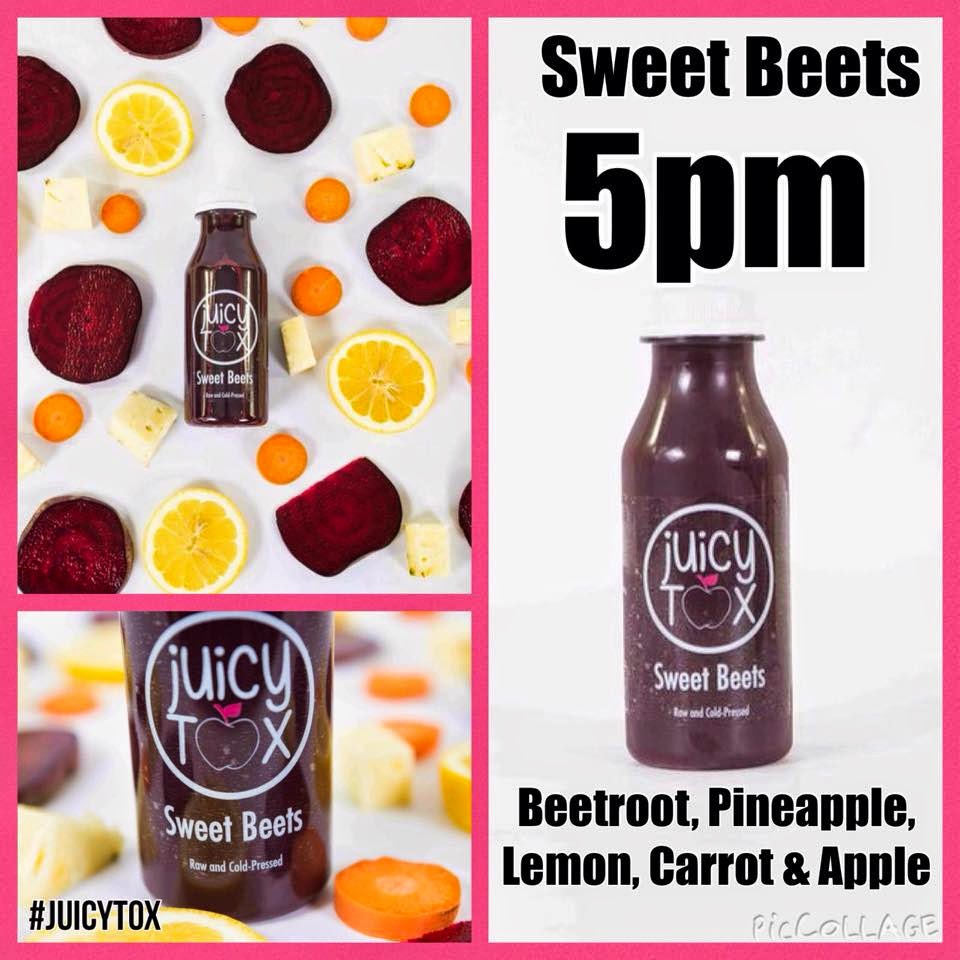 Beetroot: my nemesis, my most hated thing. This was the one that I was dreading the most, but ended up disliking less than the green or the Orange juices, which is weird, as that purple, earthy tasting little root is a flavour I object to almost universally.

(I took this photo from their FB page as I clearly had a mental block against the evil purple and didn’t take my own photo). 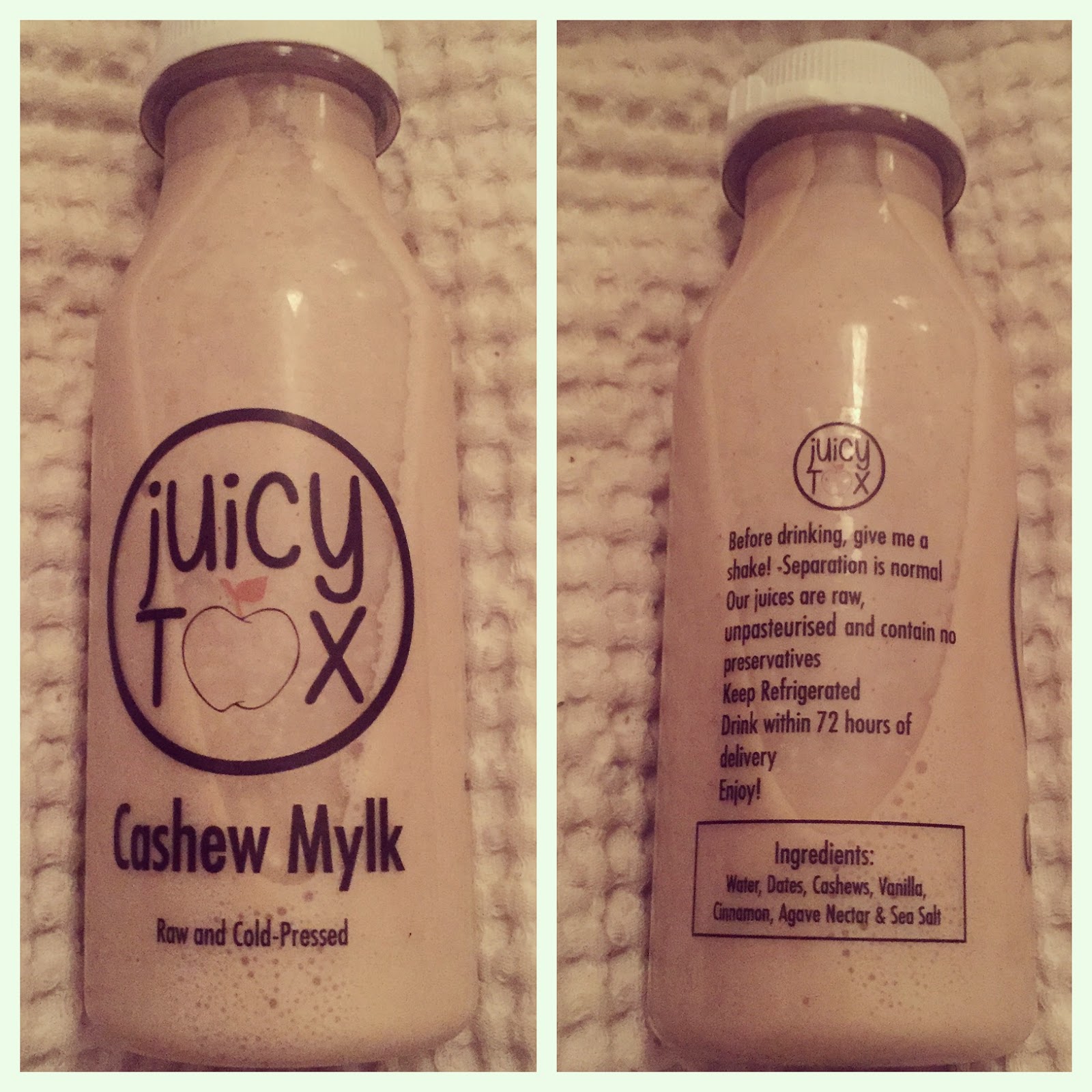 I don’t do soya milk, or almond milk, or any kind, other than the stuff that is squeezed* from cows. I’m a traditionalist and I don’t want anything else in my ice cream or Yorkshire tea. Anyway, I digress. Rob described it as; my bedtime treat, at the time I loled and rolled my eyes, but I enjoyed it, and by day 3 was practically looking forward to it.. I’ve never felt more Brightonian. Oh, and I really loathe the spelling.

*Side note: what was the guy who discovered actual milk doing!?! 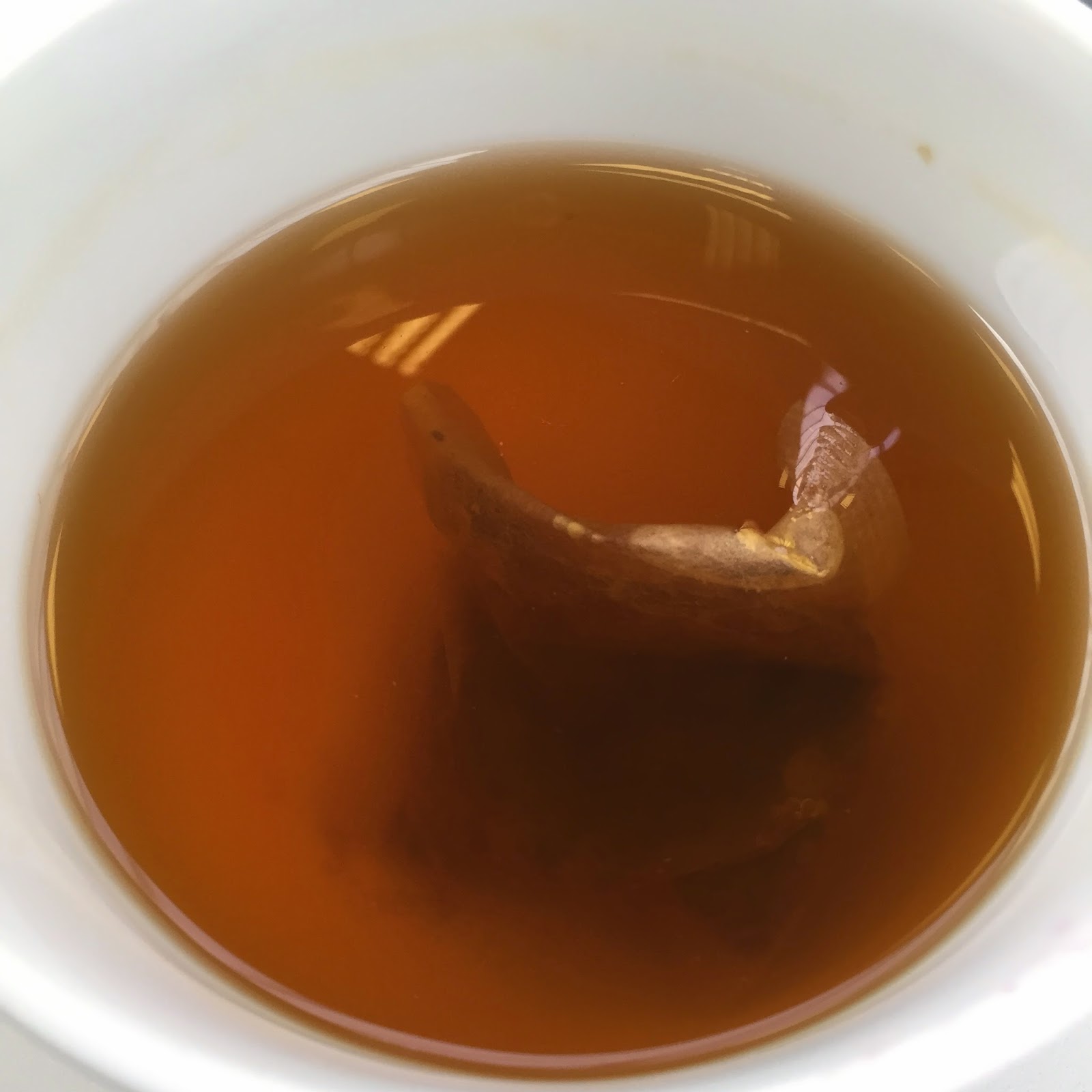 I grilled Rob about this as I was deeply suspicious of any side effects that might have come from knocking a mug of this back. I drank 2 of the 4 bags, I was drinking so much water that I wasn’t bothered about not having all the tea, and the taste was so grim I didn’t really feel I was missing much.

So that’s that, 6 bottles one shot and a cup of tea a day. Rob told me that some people bosh all the juices in the day and go out on the lash and for supper in the evening… wtf.

So why did I do it? Lots of reasons actually; I’d eaten out 8 times in 8 days, the week I was approached by juicytox, my jeans felt tight, my skin wasn’t looking great and I just felt pretty sluggish (such a gross word) in general. My motivation wasn’t around weight loss at all, temporary loss was tobe expected, I was just keen to see if I could actually survive it!

Lots of people have had a lot to say about me doing a juice cleanse; why would someone who is size 8-10 do such a thing? That detoxes are a myth, how unhealthy it sounds, how one must eat solids in order to feel well, etc etc. Some were more passive aggressive in their approach and but most were fascinated,  grilling me for info, urging me to tell them every detail. I’ve even had three people I don’t know ask me about my, number twos… I thought about including that in the diary bit of this post, but, no, it’s too vulgar. Just know that I had no significant Challenges in a lavatorial sense.

I decided I would just keep a diary every day of what was going through my mind and what the highs, lows and side effects were, they’re in bullet points below which I added to throughout the day, they get less detailed the more resigned to it I become. It does become easier once you start thinking about the psychology behind it, plus daily encouraging emails from Rob too.

So yes, below is the real time workings of my mind whilst under extreme pressure.. oh god. 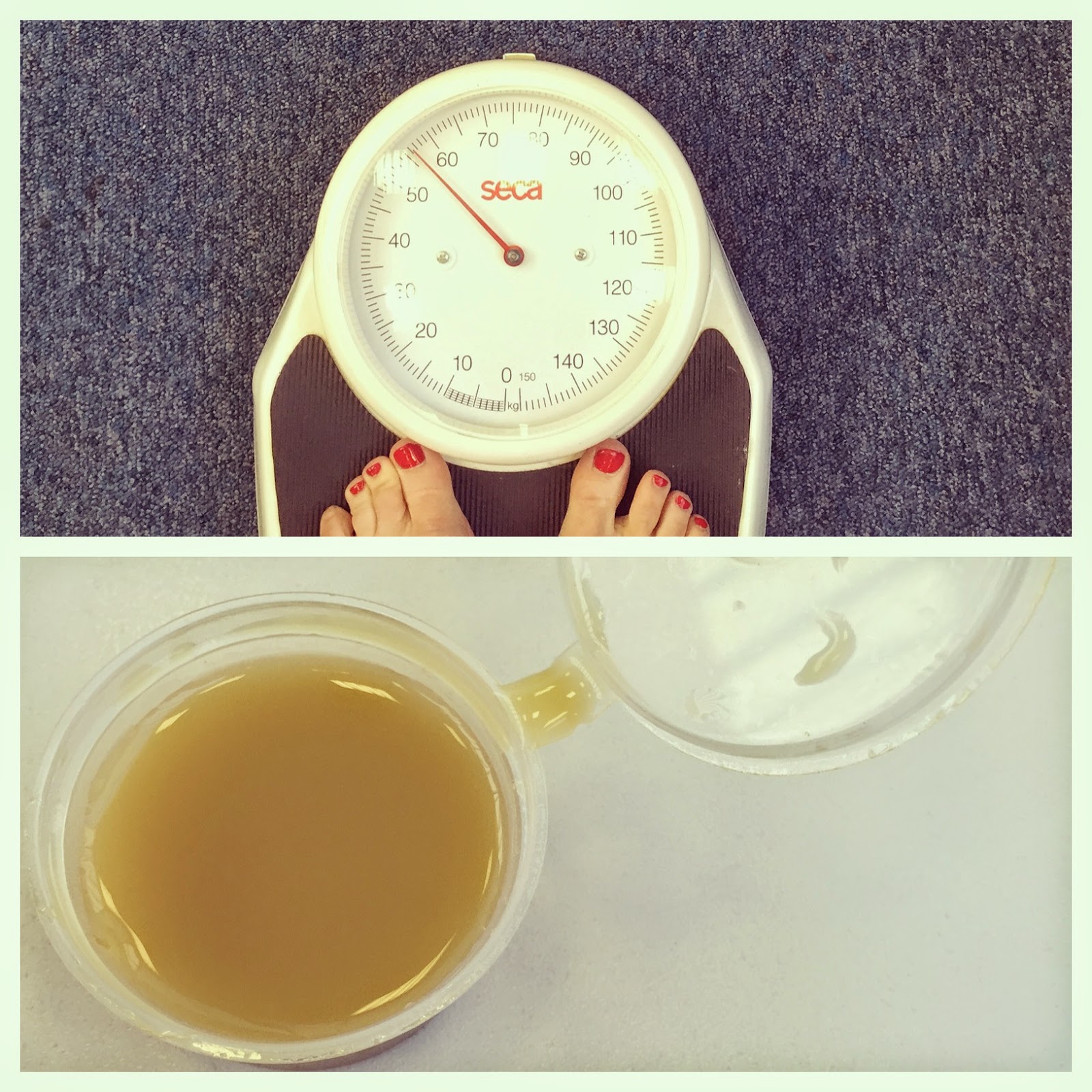 NB I haven’t put a photo of my scales up to be a dick, I did it because I know that ultimately, that is what people are interested in, the weightloss. I toyed with the idea of skin and body shots, but no, the scales will have to do. 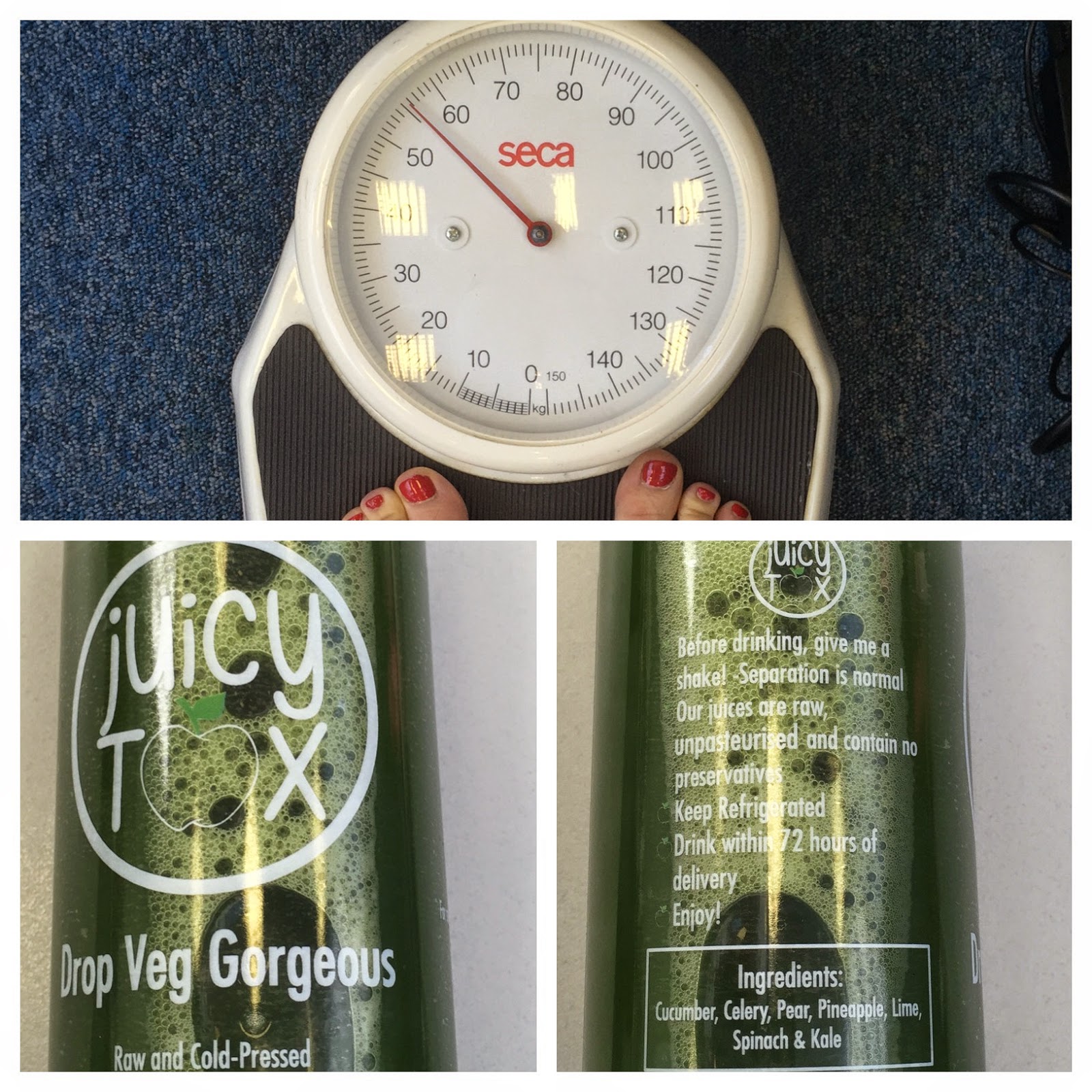 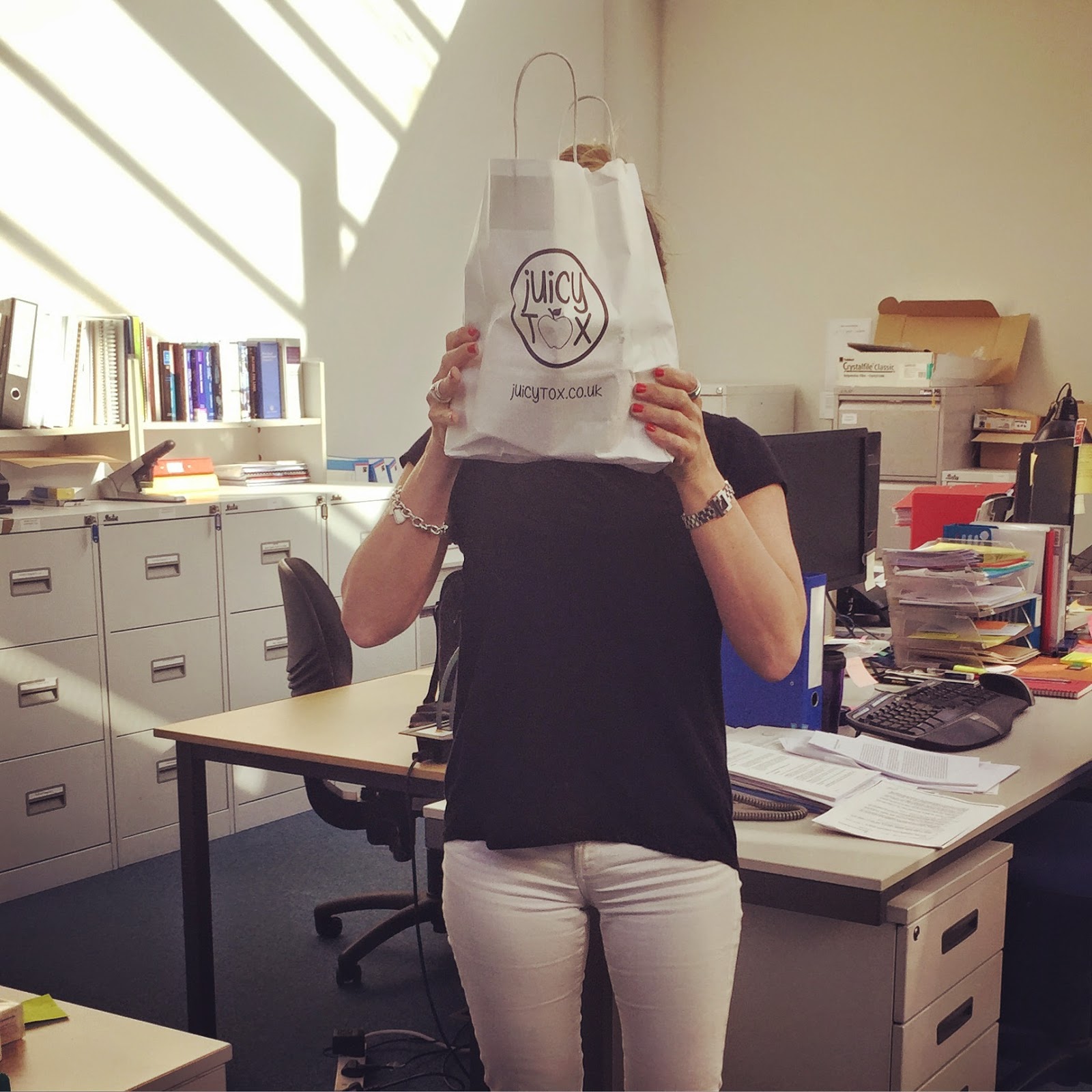 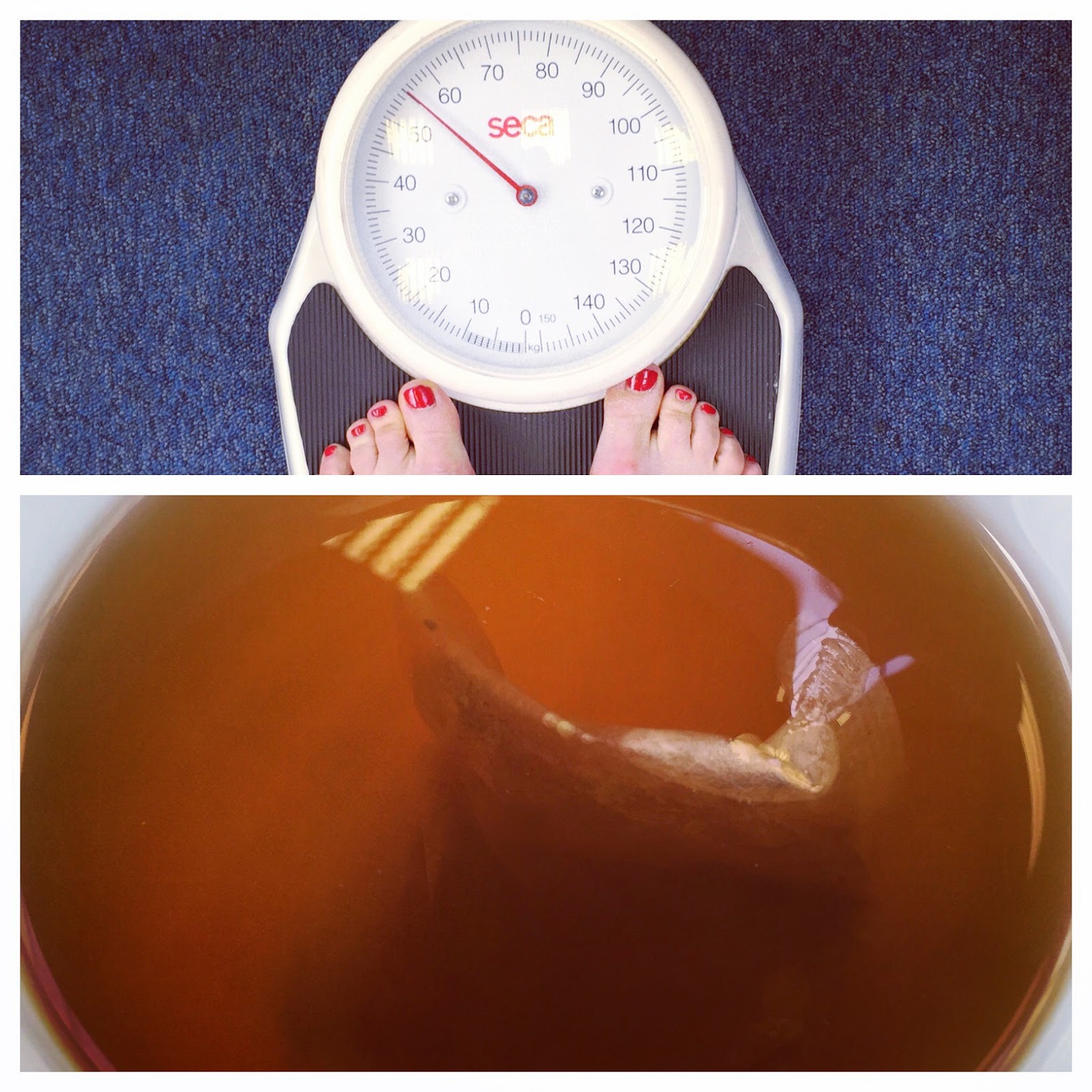 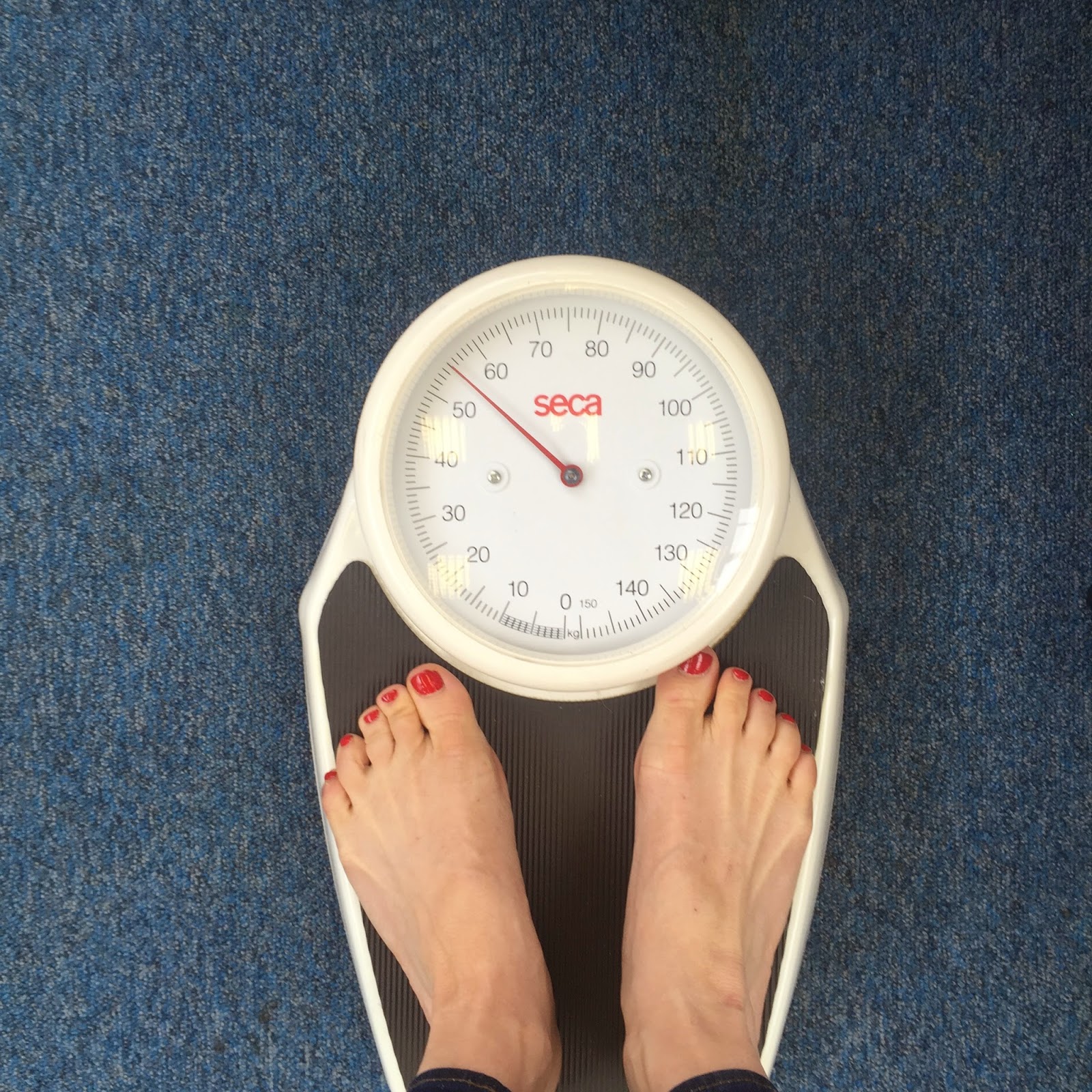 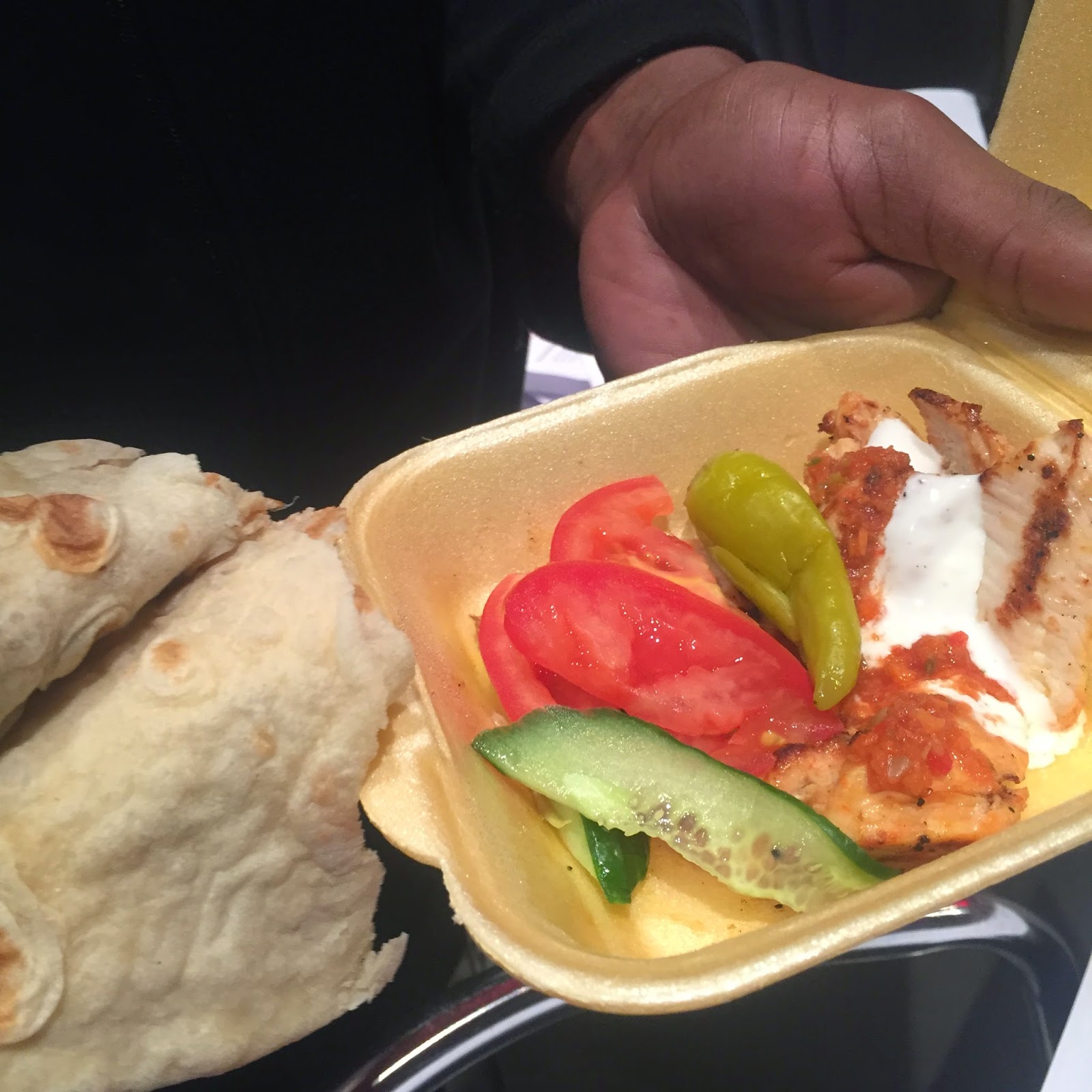 The next day I woke up about 10am, headed to Sugardough bakery and ate all the cake and pies, then I had a Wolfies full on fish & chip dinner. I haven’t touched Coca Cola since, but I haven’t had a hangover, yet…
Here’s what Rob had to say about my cleanse:

In terms of the 4 days you’ve done really well so I do hope you’re extremely proud of yourself. I know it’s been difficult for you but I hope waking up with today’s results and how you feel justify the last 4 days. The way I look at the experience is I think that if you’ve seen some of the results below then it’s been a worthwhile experience;

There’s 10 results there so if you can vouch for 5 or more then it’s been worth it I think. I’m a little disappointed your skin didn’t clear up but coming out in spots can happen (toxins being released from the system) so try carry on with the lemon water and you might find that it does improve early next week. From a personal point, I’d like to thank you for taking part in the cleanse and for sticking to it. I’ve found it a pleasure working with you and it was lovely to meet you this week. 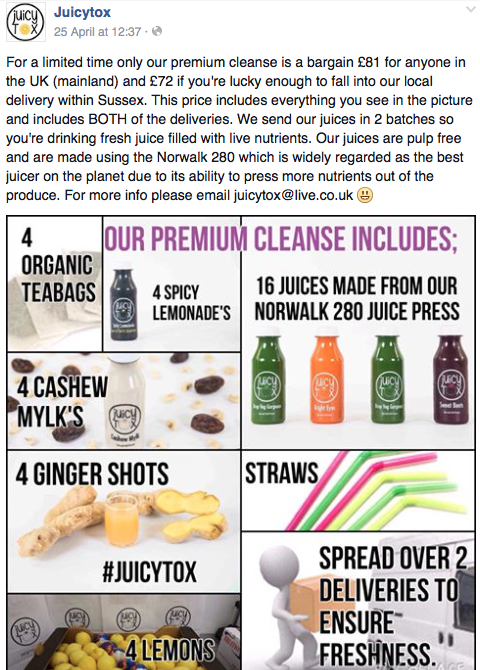 My thoughts and conclusions on the juicytox juice cleanse:

This post is already a monster so I’ll keep it brief. I marked the list above with a letter y against all of the ones that applied to me, and as you can see, it’s a pretty impressive resume. My skin was an issue, but it’s a problem anyway and it has cleared up this week, and it is very much down to my hormones too (sorry boys).

It was a complete and utter wildcard of an experiment, and it’s been fascinating, and has tested my minerals in a way that hasn’t happened since the last time I gave up smoking. It has made me think differently about my eating habits and my appetite has reduced since doing it. I was expecting to get some wicked headaches, but not a single one.
There was a dicey moment with some bad thoughts about salted cashew peanut butter and a spoon, but I resisted. Other than that, I was pretty resolute. Go hard or go home. If you are going to do it, do it, don’t be half-arsed about it, and don’t cheat either.  I did, and still do feel proud of myself for sticking at it. It definitely wouldn’t be for everyone though, I think doing it so publicly coupled with being stubborn, was what got me through, either way, I’ m really glad I did it.

Would I do it again? If I piled on the pounds or was required to be in a bikini at short notice- absolutely. Would I recommend it? Absolutely. But if you’re in a relationship where moodswings would be a serious problem, I suggest a little sabbatical for four days, it’s for your own good.

I hope I have covered everything in this post and LOTS of you have already contacted me about it by Twitter and Facebook, but I’m happy to answer any questions you have.