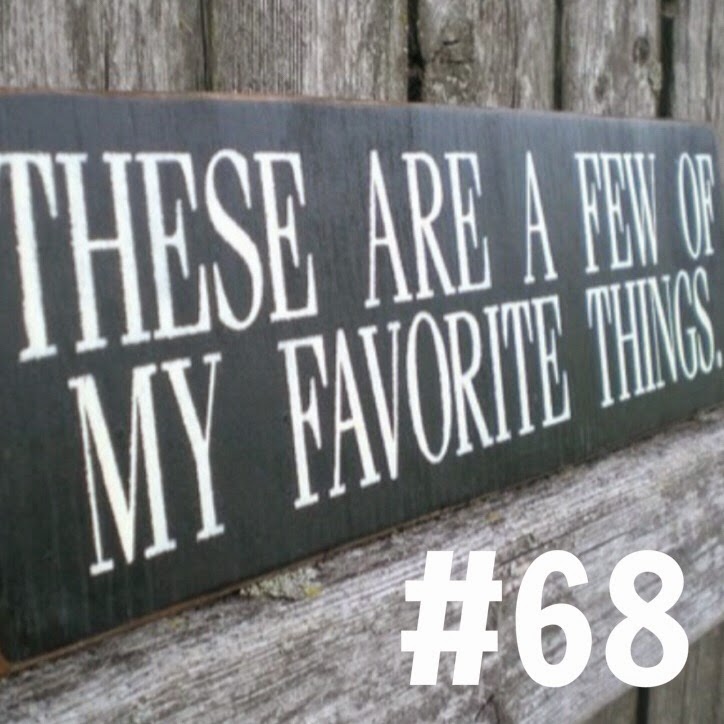 The last two weeks has been a bit of a nightmare, full of loads of stuff which I shan’t dwell on, but the long bank holiday weekend helped to make up for it. Then I got ill and was off work for a few days and then I got a cold. Annoying. As a result, this post is a culmination of the past two weeks’ favourite things minus the illness, so hopefully won’t be too moany! Unlike my Twitter feed… sorry about that.

I’m on a three day week this week and a two day week the next and there’s great weather forecast. I’ve got lots of nice things to look forward to, and loads of work and blogging to do as well! Thanks for bearing with me while the posts have still been sporadic x 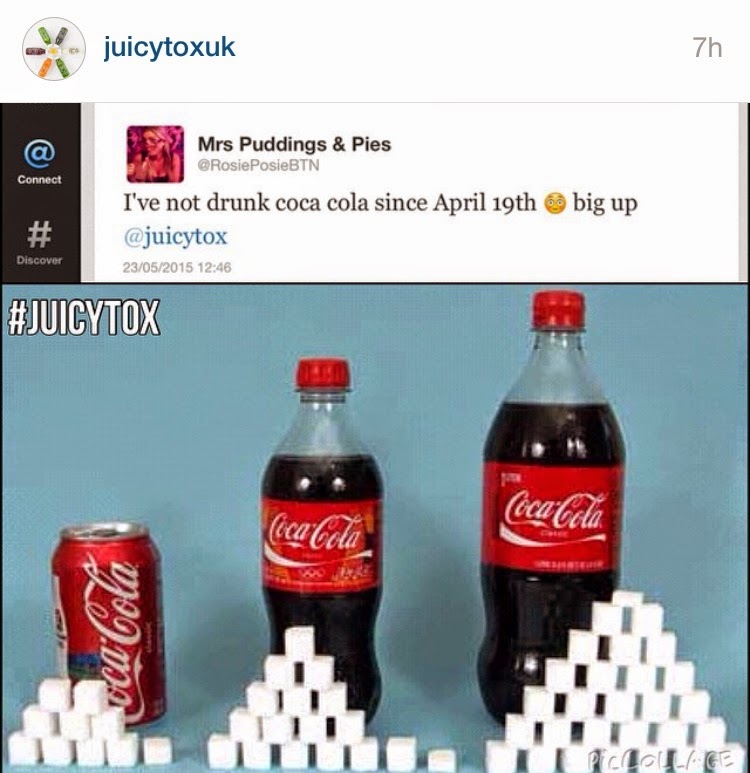 It’s been 6 weeks since my last one of these

Those of you who read regularly will know that I have always had a long and unswerving love for Coca Cola. It’s the nicest thing to drink out of a cold, glass bottle, the best thirst quencher, a lifelong hangover antidote- I literally couldn’t get enough, until I went through  cold turkey during my 4 day premium Juicytox juice cleanse.  I can’t swear that I’ll never drink it again, but I am pretty surprised by the fact I’ve managed to go this long without caving. The cravings have been strong, especially on a couple of particularly brutal hangover… but so far so good.

Quick update on the aftermath of the juice cleanse: It’s been 6 weeks since I did it and although I’ve put all of the weight back on, it definitely has changed my attitude towards hunger and has taught me that I actually do have willpower, if I really really try. Who would’ve thought it…

If you’re looking to get your appetite back into line, loose some weight and bloating rapidly, or simply test yourself to the max, then I would highly recommend doing this juice cleanse. 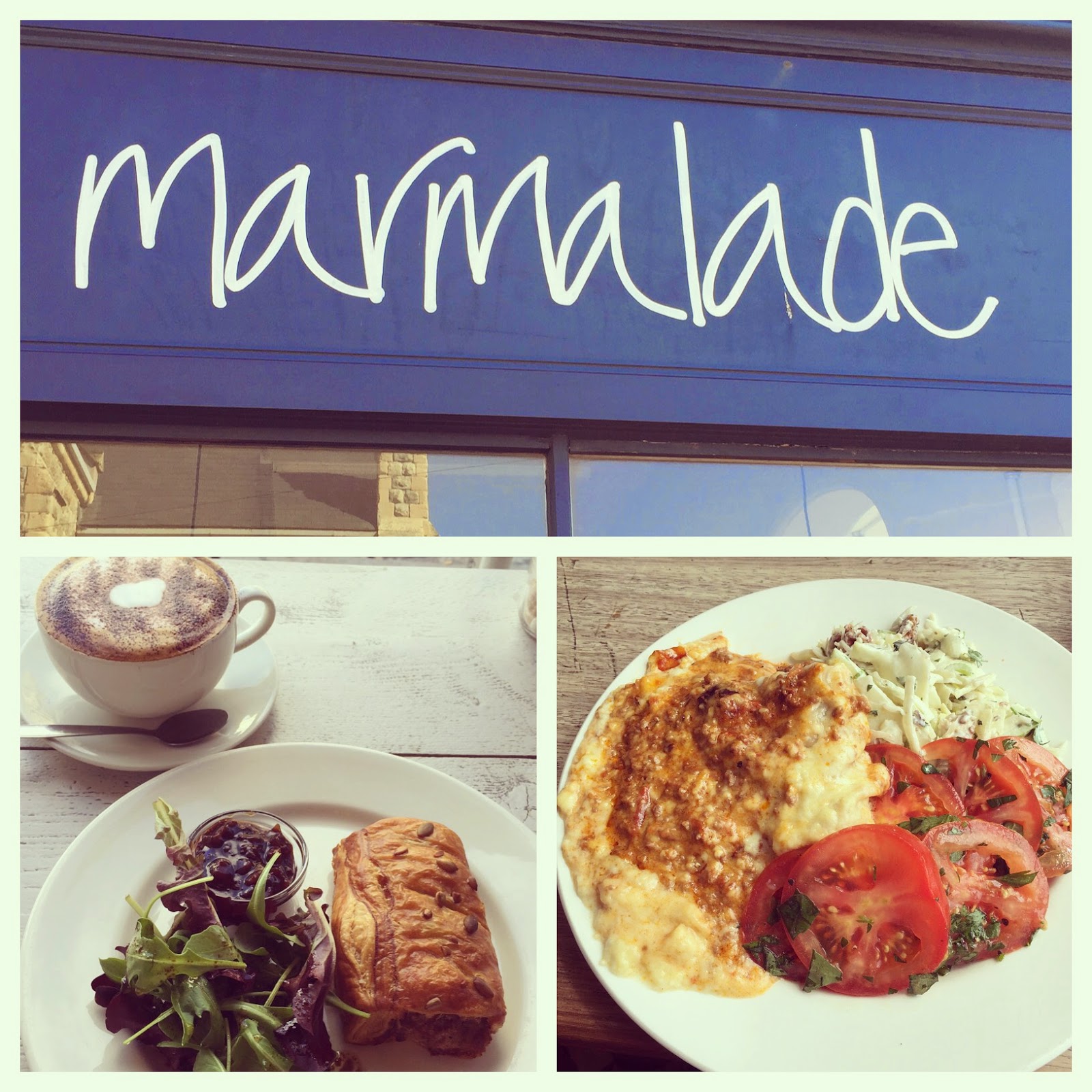 I ummed and ached about whether or not to include Cafe Marmalade in this post because there were elements of it which were great- the company and the food were lovely, the service was a bit shambolic and the prices were… enthusiastic. £10 for a lasagne with some slices of tomato and coleslaw seemed like quite a lot to me as did £4 for a sausage roll. That said, they did taste great so it wouldn’t stop me from returning. I do think it might discourage people from going their regularly.

I reviewed it in full last year and I’m happy to say that neither the standard of food nor the beautiful interior, had diminished at all. I’ve been another time recently too and consistent it very definitely is. 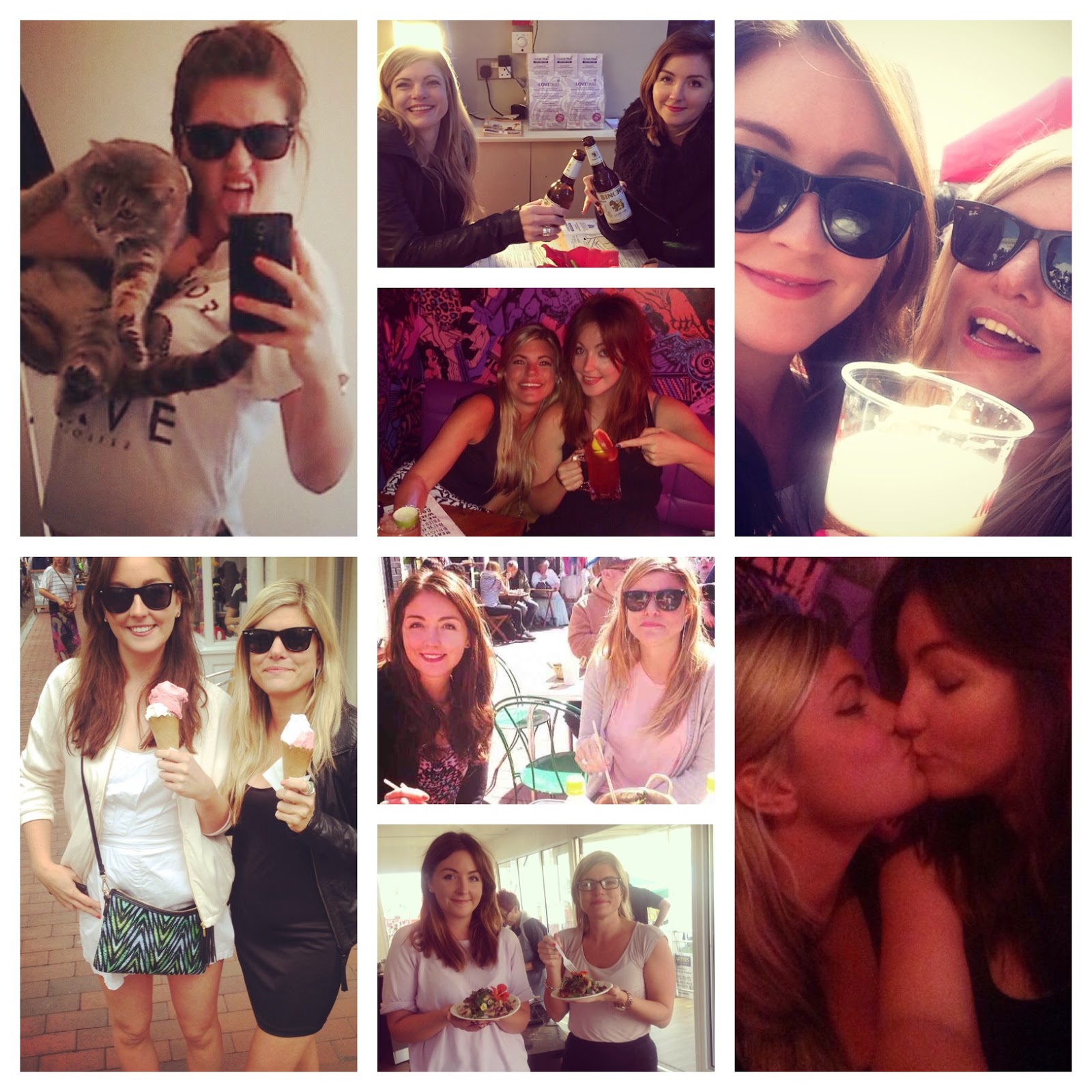 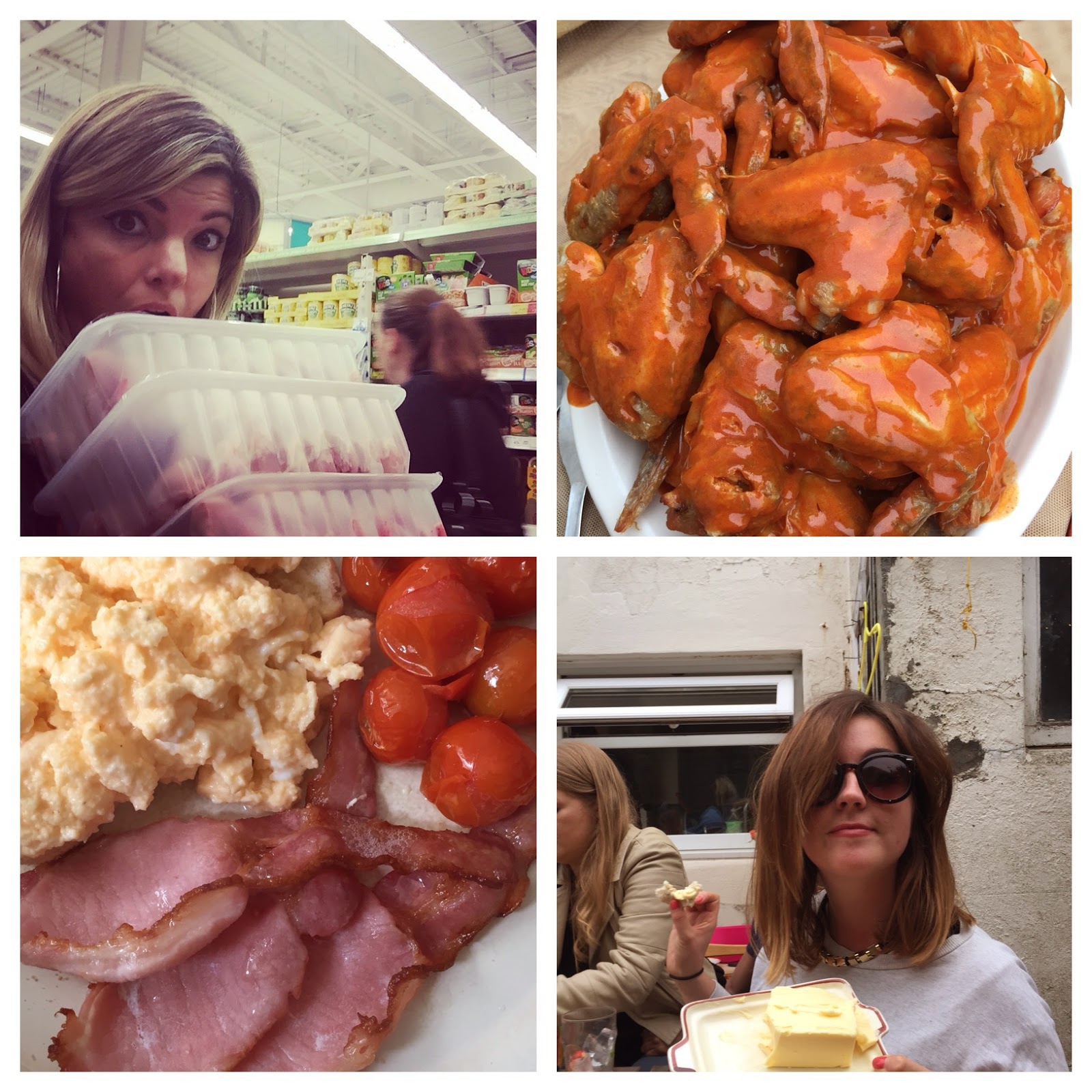 This Saturday was the Birthday of one of my very favourite people, Jenna aka Brighton-based paleo food blogger; Raw Rhubarb. After a lovely breakfast I headed home to prep 2kg of chicken wings and lashings of buttery buffalo sauce, for the Birthday girl (as requested). I used the recipe from my own blog as it is a piece of piss to make and end result is a real crowd pleaser.  If you want the skin to be crispy and the sauce to be at it’s optimum then fry/oven bake until crisp and then douse in the sauce afterwards. Fight the urge to coat in the sauce before putting in the oven, Trust me. 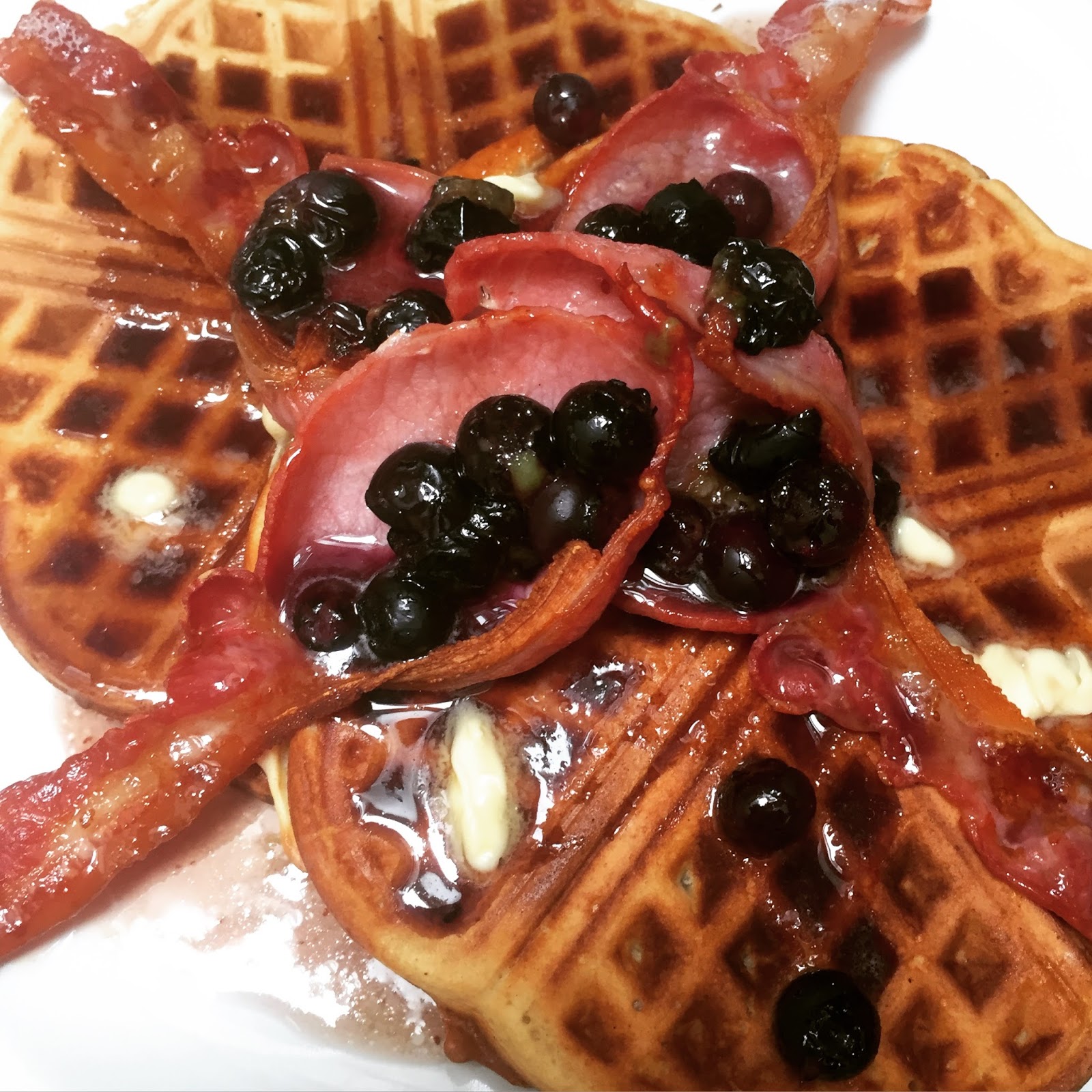 I thought that waffle maker might go the same way as the Breville toast maker that everyone has languishing at the back of the cupboard, but not a bit of it. I used the BBC Good Food waffle recipe as usual and what’s great about this batter is that it’ll keep for a couple of days in the fridge, or you can make a batch of them and freeze what you don’t eat and then re-enliven them in the toaster another day.. this has never happened once at Pussy Palace though, they are all consumed on the day of conception. I gently heated some maple syrup and blueberries in a pan together to pour over the the dry cured smoked bacon rashers, which, someone on Instagram pointed out, look a lot like sort of crunchy and delicious spoons after 10 mins under the grill. YUM. 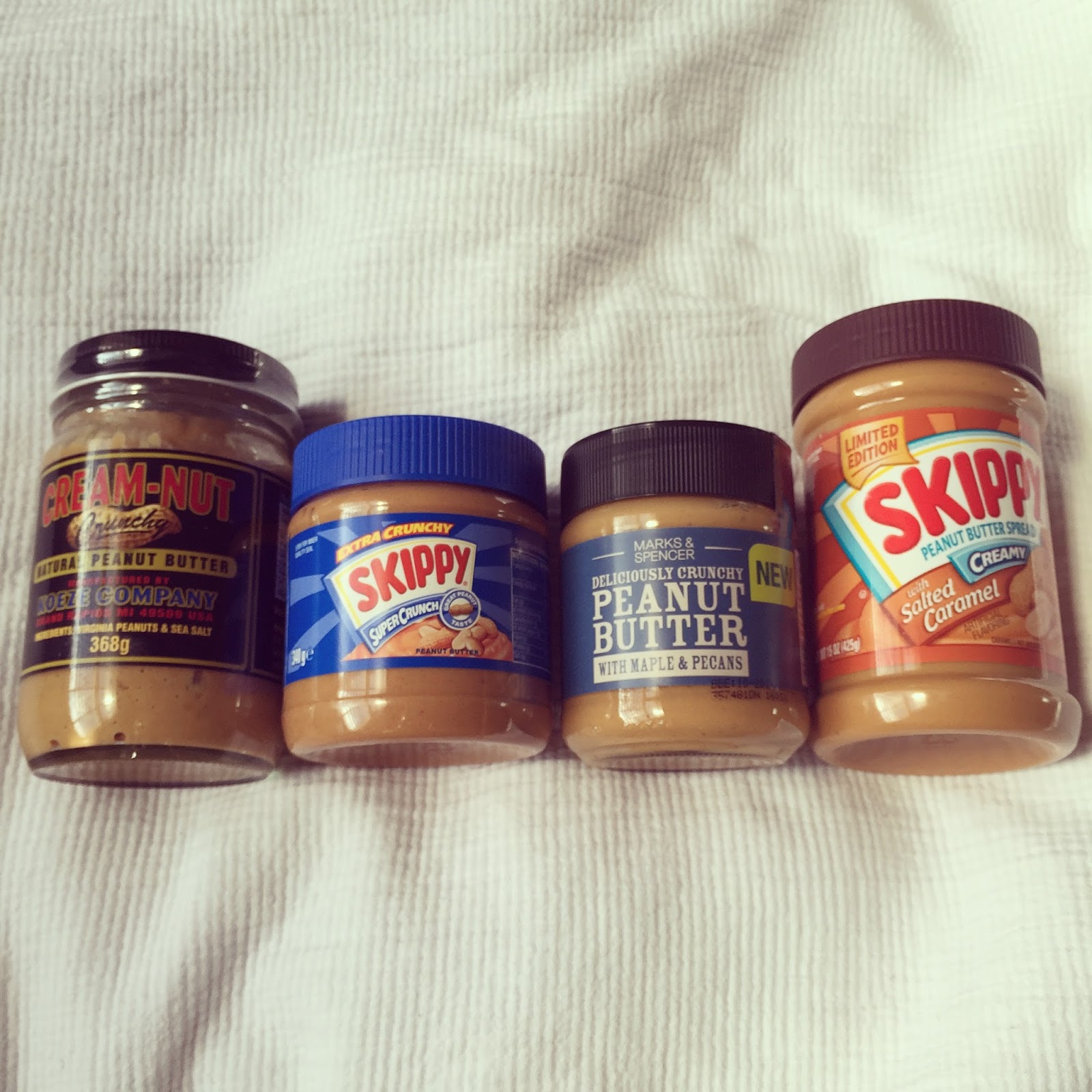 My peanut butter game is strong

Loads of people went crazy for the Skippy salted caramel one wanting to know where I got it… the answer is; it was a gift from a lovely friend who bought it in Walmart in Florida. Brightonians; you may well be able to pick this up in Cyber Candy on Gardner Street in North Laine.

I haven’t cracked it open yet, am restraining myself so that I can use it in a frosting for a cake. That maple one on the other hand, may or may not have had a substantial dent in it, after being attacked, with a spoon, tonight. This was done in my pyjamas, whilst watching Corrie with a facemask on…. form an orderly queue, boys. 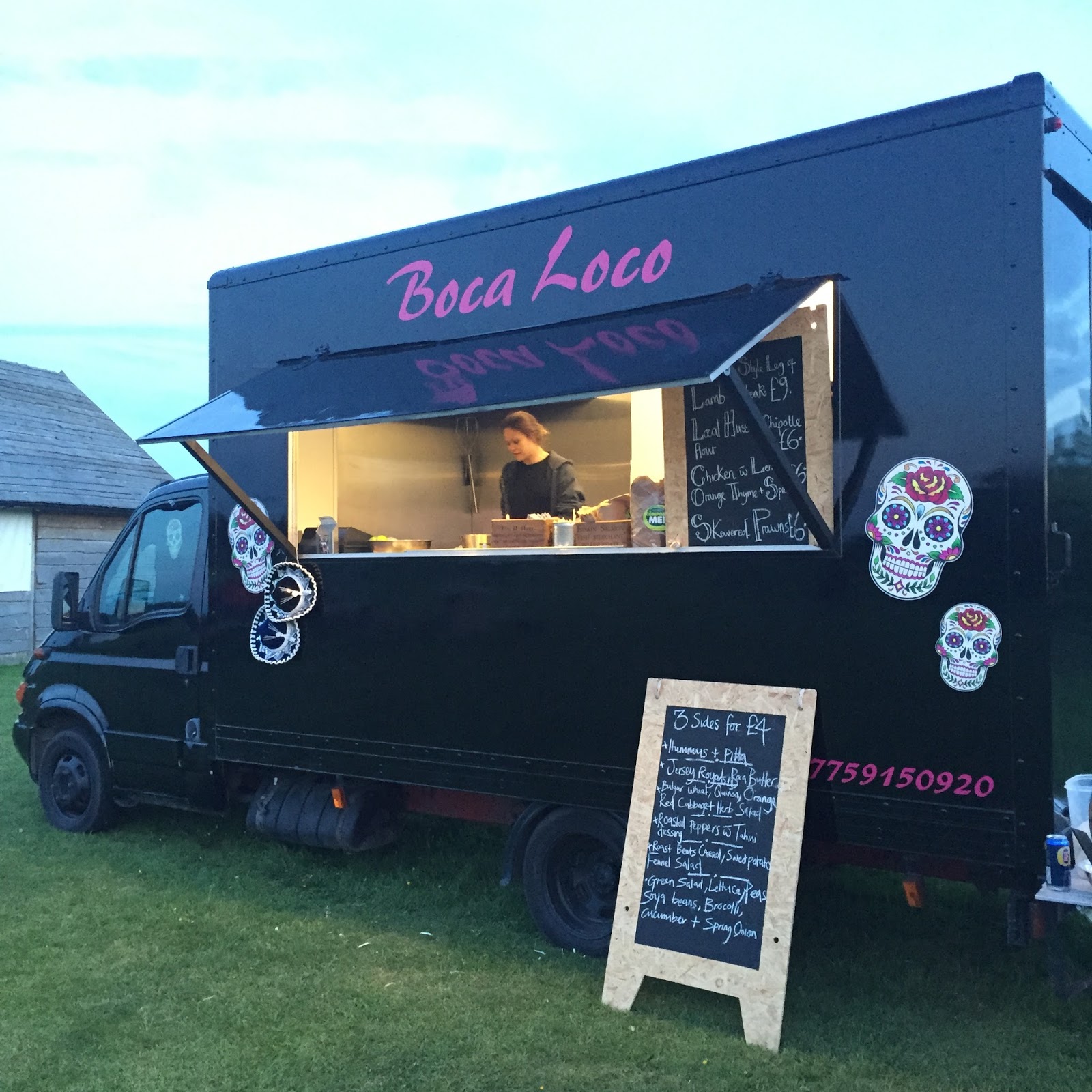 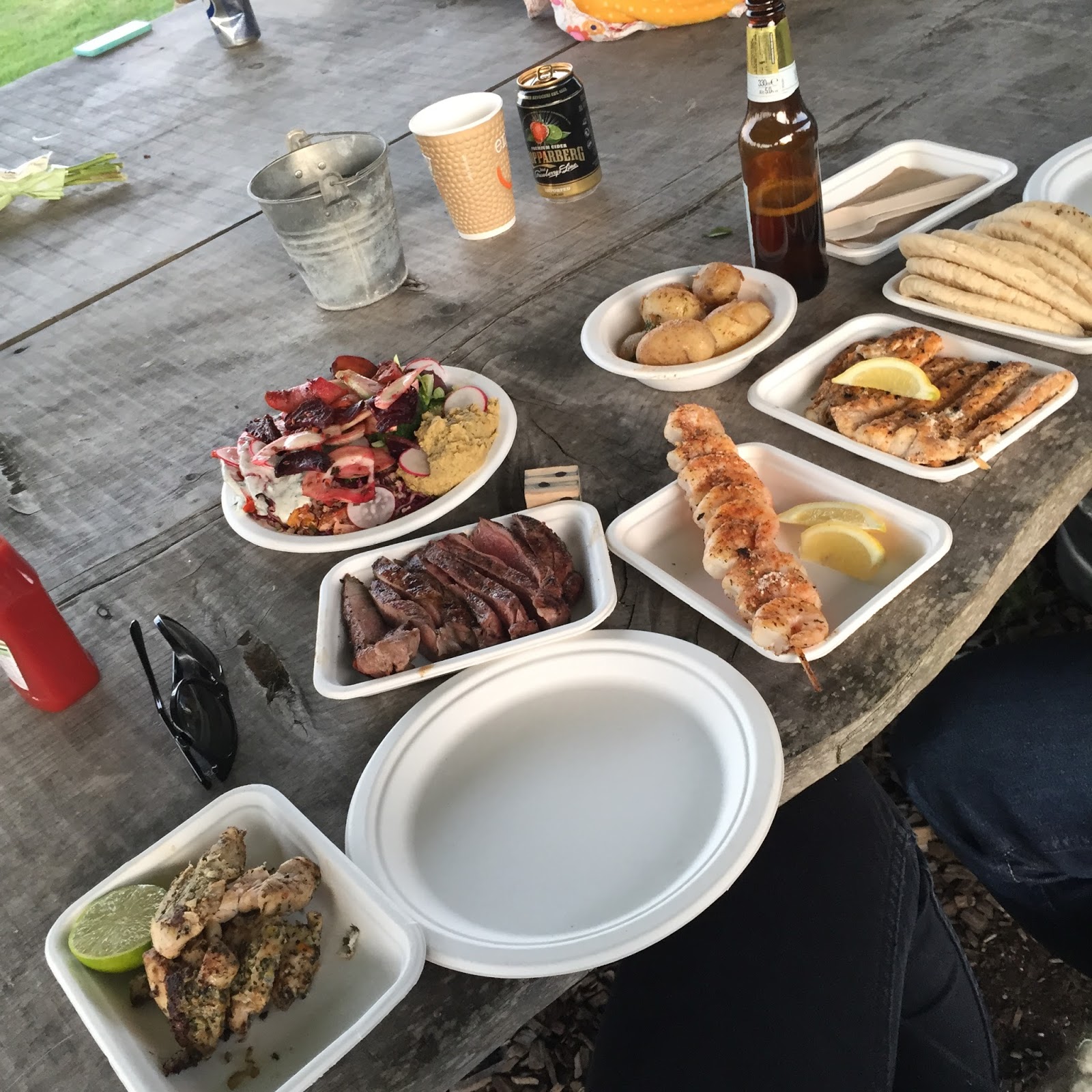 The founder of Boca Loco; Laura, is a chef I used to work with back in my waitressing days. After getting her own restaurant in a pub in Arundel, she decided to draw on her foodie influences from her extensive travels and take her food to the road in her fully kitted out food truck. I shan’t say lots about the food as I’ll be putting up something more detailed very soon, but I tried everything on the menu and it was all really, really good. There was a lot of food, but we easily demolished it between two.

They’ve recently taken to Twitter to join the burgeoning Sussex street food collective on their favourite social network, so head on over and give them a follow or a like on their Facebook page, to keep up to date with when they will be coming to an event near you soon. 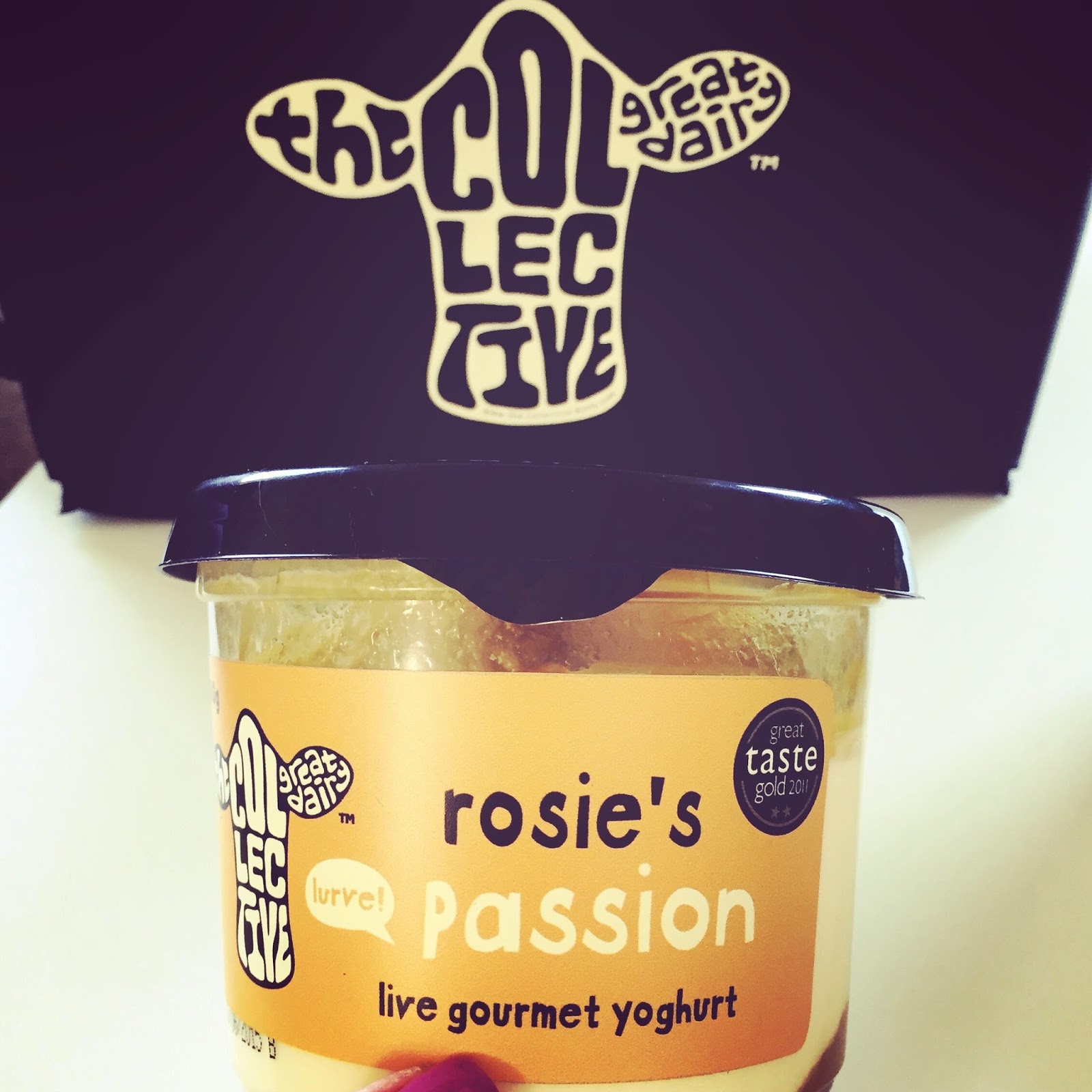 SO much better than a personalised Nutella

Last week, in the height of me feeling like shit, a glorious package arrived from The Collective with a large tub of each of their flavour of live gourmet yoghurts. I’m already a long term fan of these yoghurts anyway so was literally squealing with  delight as I unpacked the full to bursting cooler bag from the PR Company. Look out for a my favourite flavour in my next favourite things post, but for now, here’s a snap of the personalised tub they sent me, so cool! 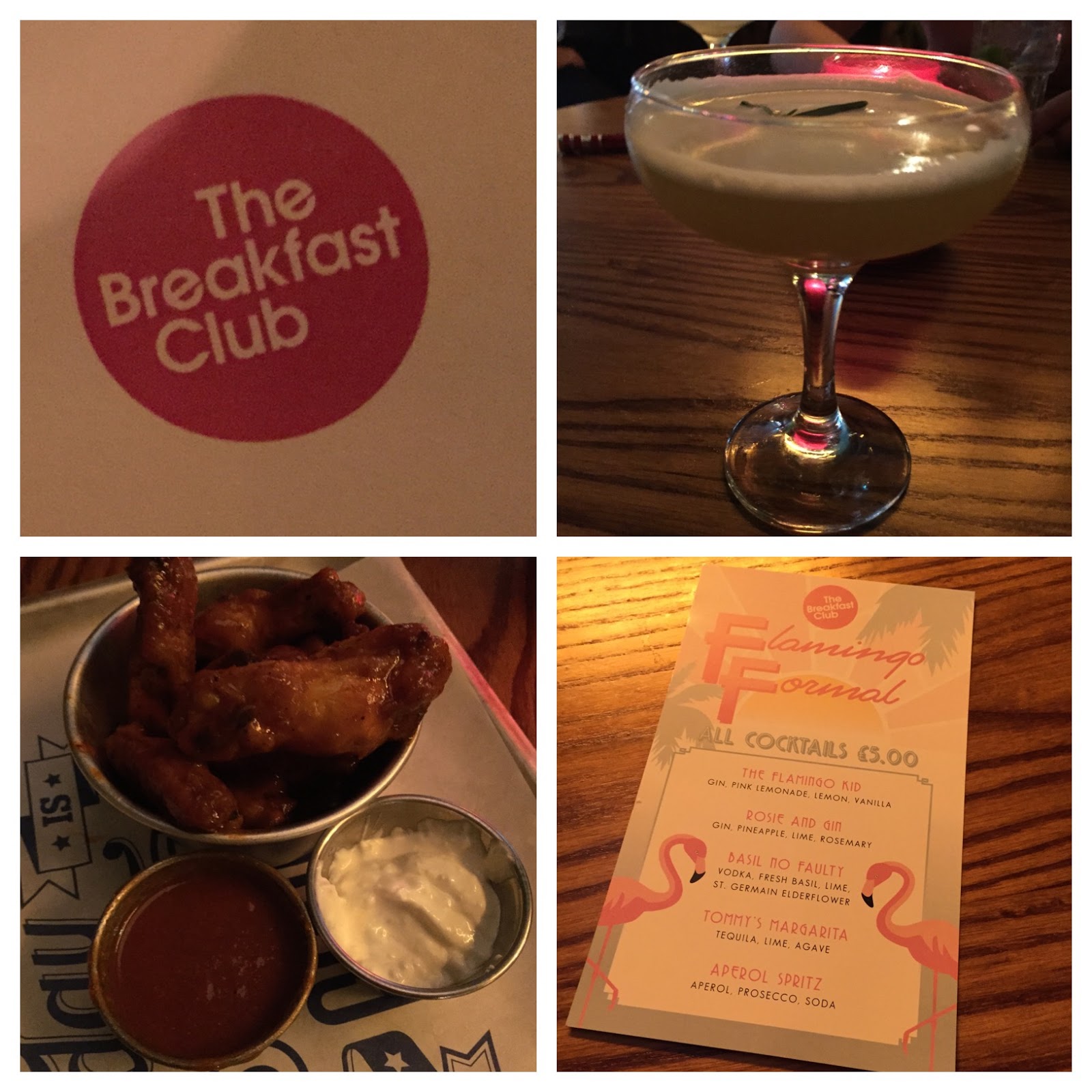 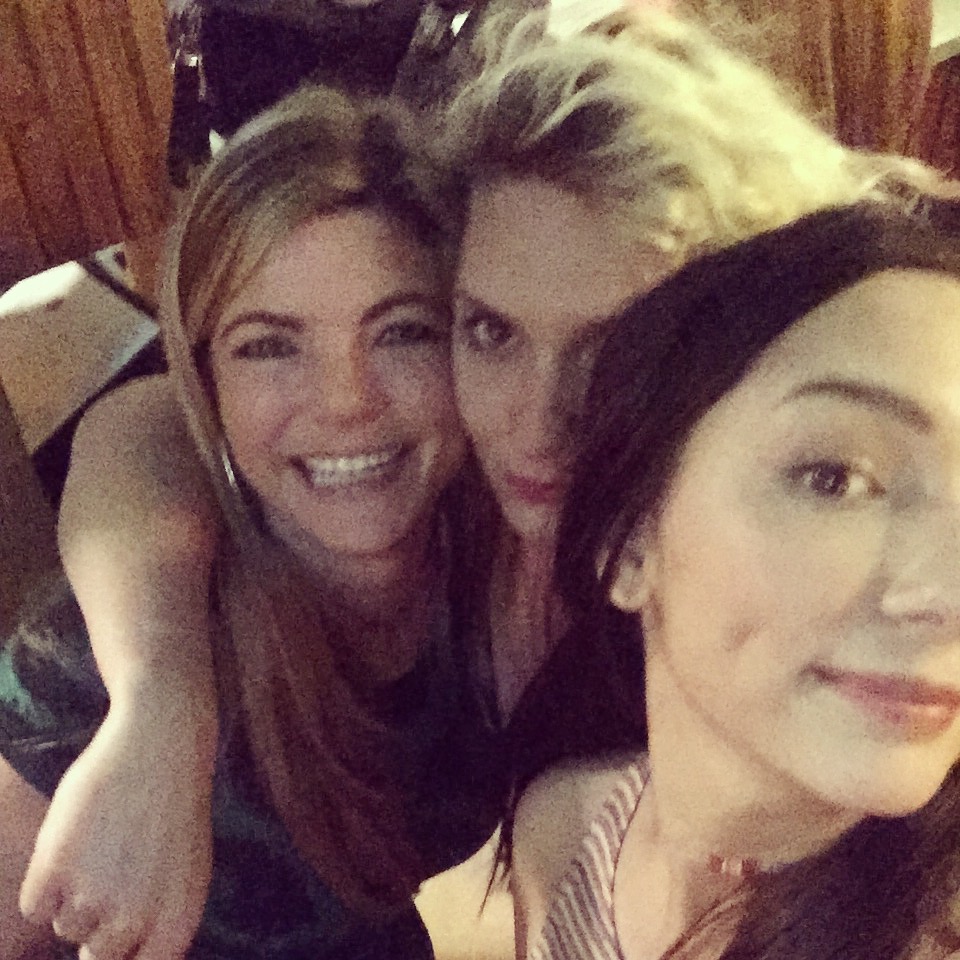 The Breakfast Club comes to Brighton

I’m not going to pretend that I wasn’t in love with the idea of the Breakfast Club Cafe being in my home town before it had even become a reality, and now it has and I’ve been to two (awesome) parties there in the last week, it’s pretty safe to say I am head over heels in luuurve.

I’ll be going in to do a full review in the next month or so, but what I have tried of the food, I haven’t got a bad word to say. I am also absolutely loving what they’ve done with the venue (the old Fat Leo’s site) too. I think it’s going to go down brilliantly in Brighton.