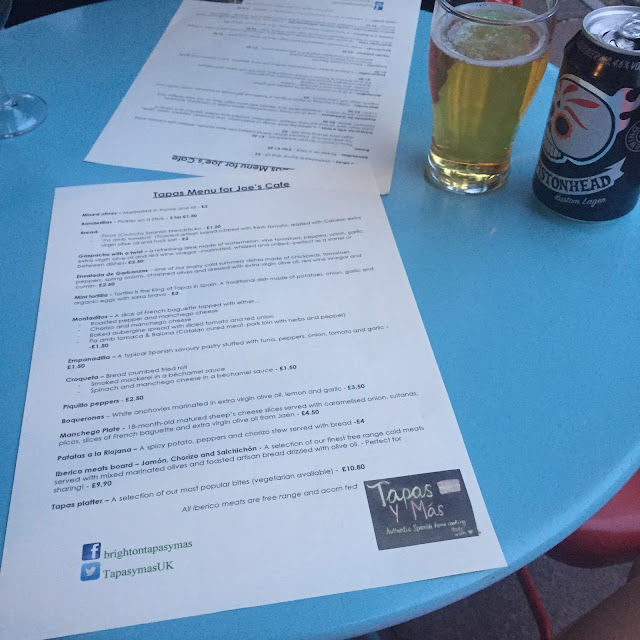 It’s not often that you find me complaining about the price of food. I understand that there is a price for good produce, the cost of running a premises and of course, the need to turn a profit. However, there is a line between that and punching well above your weight in terms of price point… this was one of the occasions where the latter occurred. 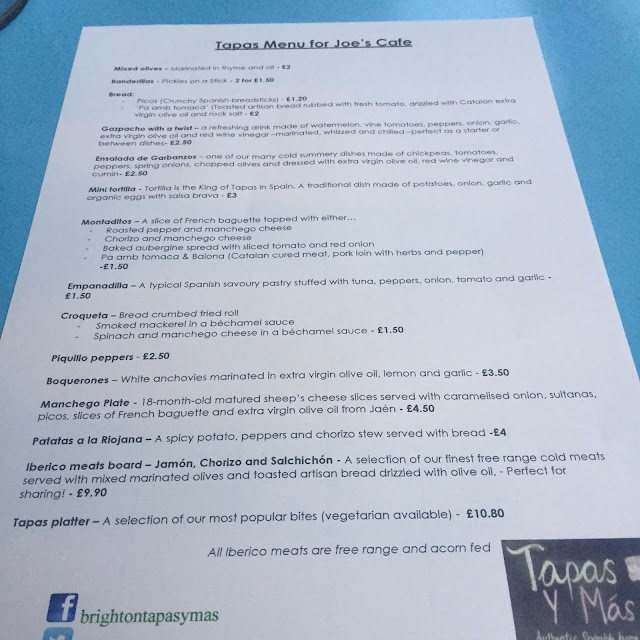 Sometimes it’s ok to decide a menu is a bad idea before even trying anything from it. Just so uninspiring and, well, lazy. Almost all made in advance (it was piled up on platters on the counter) and very little hot food- basically loads of stuff on or with bread, with extremely ambitious prices. 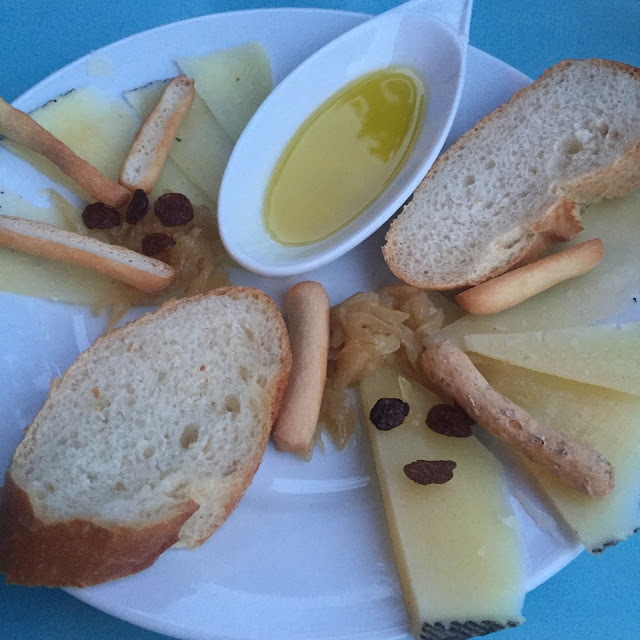 This is exactly what it looks like- super slim slices of manchego with a thimbleful of oil and 7 dried raisins… oh and two miniscule bits of supermarket style French bread. Not really sure what else I can say about it really. 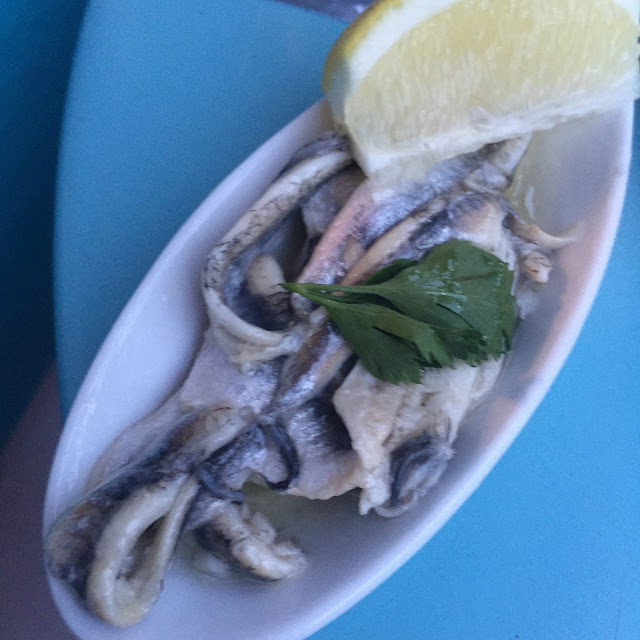 Only two days ago in my beloved M&S I bought 3 ‘deli’ items for £6, one of those items being a tub of fresh white anchovies, which at full price were £3. I’m not for a second suggesting that there shouldn’t be a mark up on things in this context, but it really didn’t help my feeling of being a bit ripped off. 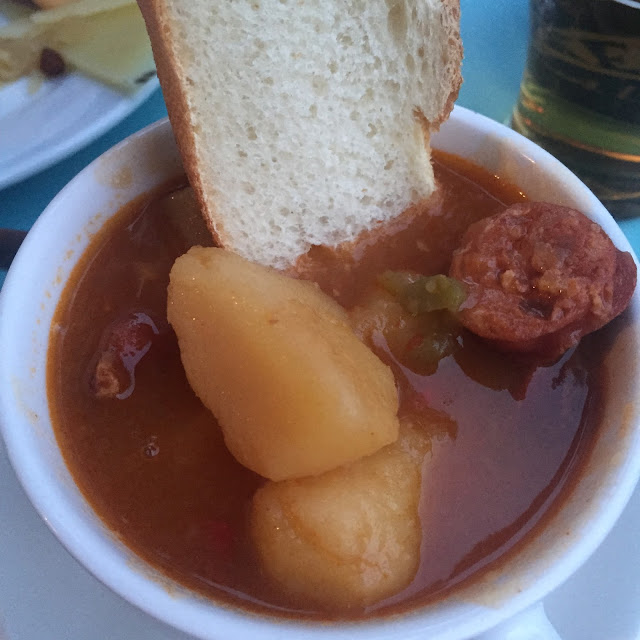 My date enjoyed this so left the majority of it for him as sadly, I was not a fan. Just, really boring. If you’d have removed the liberal amount of paprika added to the sauce, it would have tasted of tomato flavoured water. I counted four chunks of chorizo, the bulk of it was the chunks of boiled potato. This was little more than a ramekin and cost £4- not the one at all. At least it was hot though. 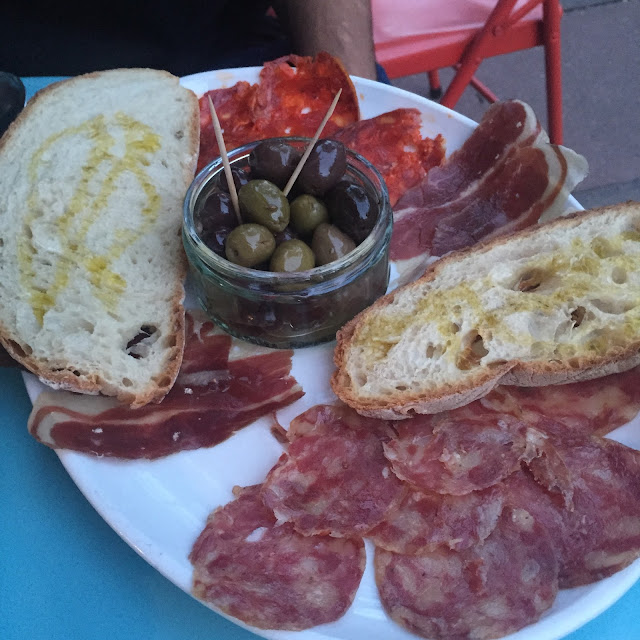 Out of all of the dishes which offended me in terms of value for money, this was the biggest culprit. The olives were bog standard jarred ones, if you looked up ‘wafer thin’ then I wouldn’t be surprised to see a picture of this meat next to the definition- all nice, but very much eclipsed by the taste of my disappointment.

I decided that before I went IN on this place I would ask for some more people’s opinions as perhaps my expectations were just too high…. but over 30 people across my three main social channels were all in agreement that this was a piss take. None of the people who answered (other than a Londoner) would have been happy to pay a tenner and the general consensus was that £7 would have been fair, and I agree.

So in a nutshell my thoughts on the food were. Expensive (well duh), unimaginative and disappointing. All tasted nice, and the animals were ‘free range and acorn fed’, but nothing could mask the sour taste in my mouth when it came to what we got for £30. If they are using this as a showcase for gaining future business or even opening their own restaurant, I would suggest a massive menu overhaul and a review of their enthusiastic pricing structure.

Have you been experienced Tapas y Mas? Where is your favourite place to eat Spanish food in Brighton? Please do comment below or tweet me x