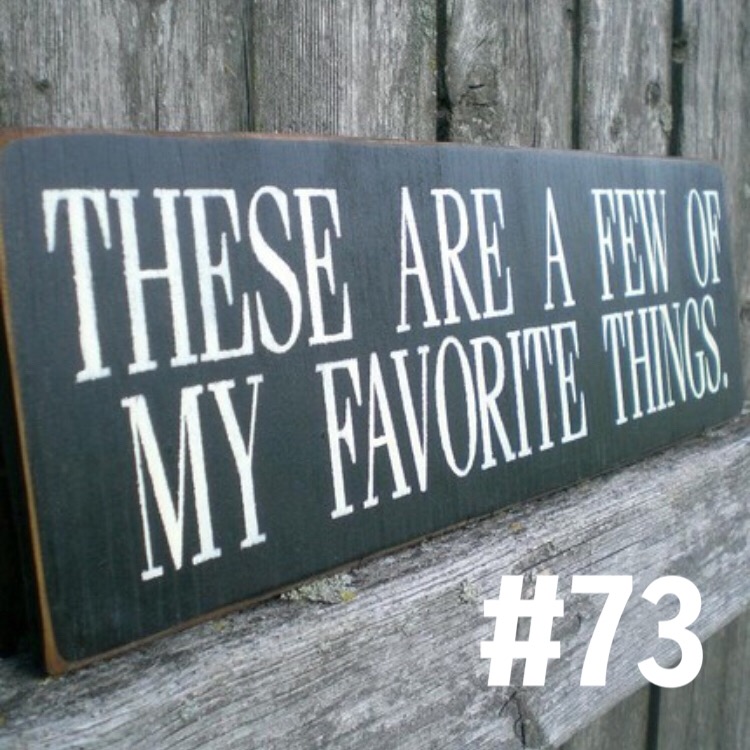 It was a funny old week, the first half was pretty awful and highly emotionally charged, to be honest. But the latter part has been really productive and full of the people, and things, that I love.

I have lots planned for this week too, including a random day off on Tuesday and my very first Thanksgiving celebration on Thursday at The Breakfast Club in Brighton.

You’ll be able to tell from my social media and a quick scan of this post- The festivities have very much started around here. It’s sickening actually, I’ve been gift shopping, bought my 2015 Christmas jumper and I’ve already started bickering with my Mum over whether or not we need a starter at Christmas lunch (we do). Bring on December 1st when I can mention it without getting eye rolls! 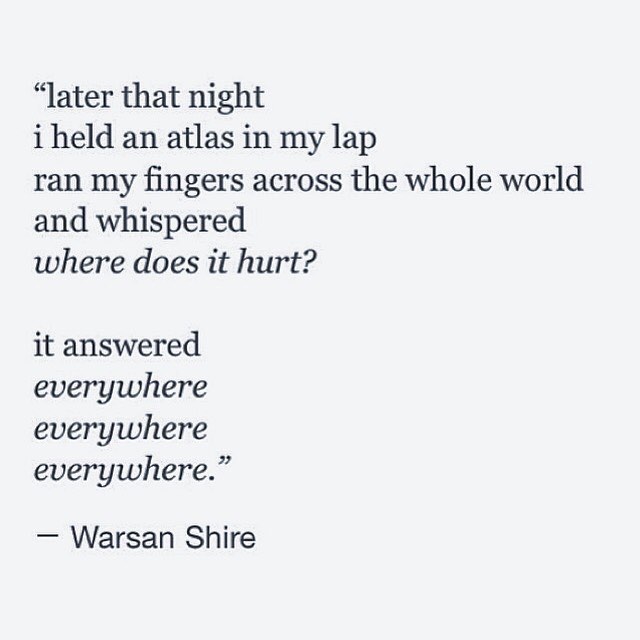 I don’t get political on here or social media much, nor do I particularly acknowledge world events when they happen (publicly). But I feel I really must say something about Paris, as the whole situation hasn’t been far from my mind all week. It may seem incongruous to include this in a favourite things post, but I suppose what has been incredibly moving, in a week of such darkness- is the way that people, and countries, have united against the terror.

On the flipside, I saw a lot of anger on social media- people being slated for overlaying their Facebook profile pic with a Tricolour, loads of cussing the government and a lot of people being very opinionated about the fact that there has been similar atrocities in other countries in the same week, yet they got next to no press coverage in comparison to Paris… I’m sure they all have a point, but I don’t think apportioning blame is the most constructive thing we can do in this kind of crisis.

I personally believe the reason that the majority of the UK, were so floored by this attack, is, because it feels so close, both geographically, and personally. You probably learnt French at school, the chances are you’ll have been on a school trip or holiday there, and you’ll almost definitely be able to say ‘do you want to go to bed with me’- in French. It’s a country we can identify with and one that many of us feel connected to, in a lot of ways.

It made me feel so many things; unutterably sad about the state of the world, how awful it must have been for those people in the Bataclan and it made me want to reach out to the people I miss, and I love, and hold them close to me.  I don’t know what the answer to it all is, but, simplistic as it sounds, I think it should probably start with being really really nice to each other, not with bombing the shit out of countries who have suffered enough. 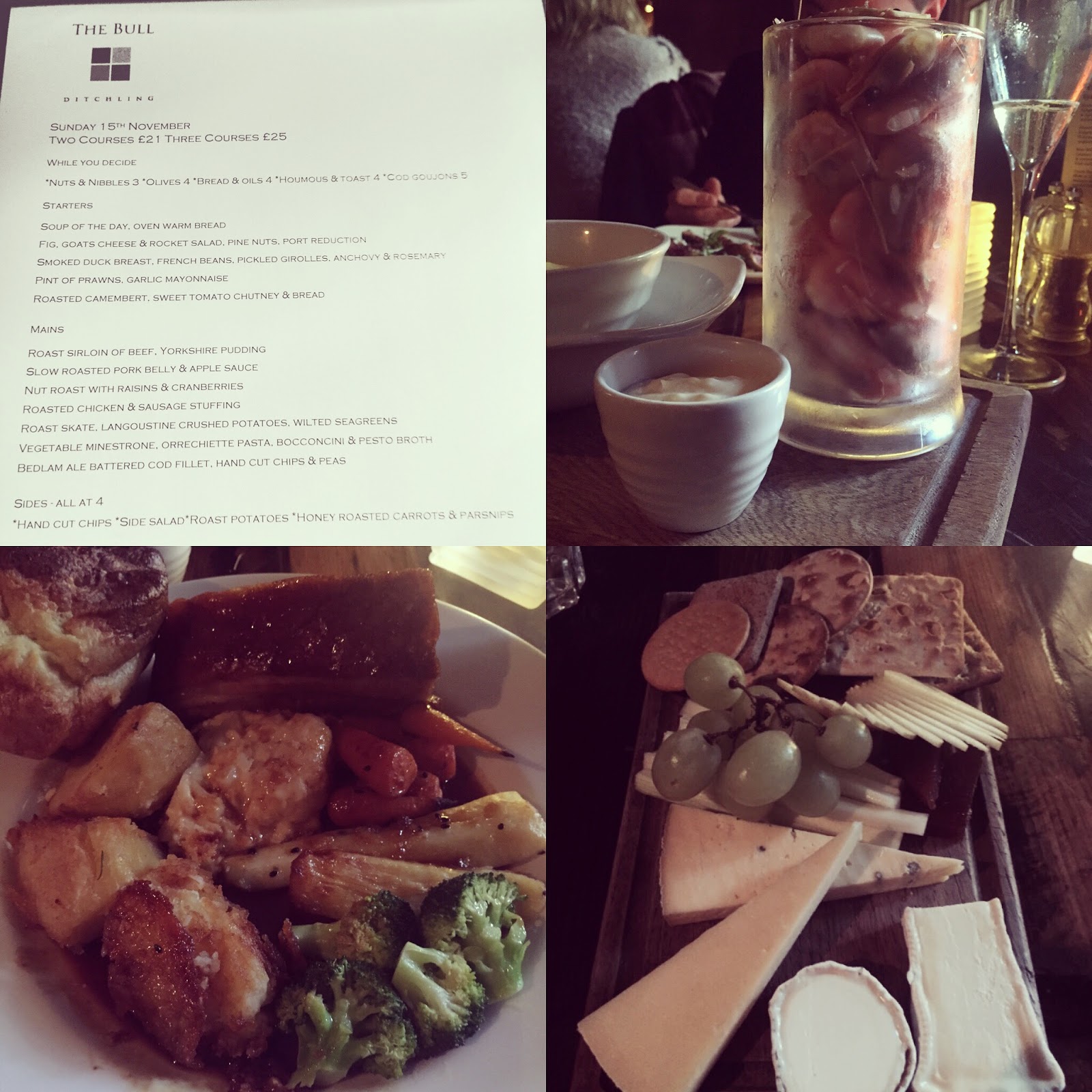 I don’t often feature roasts in these round ups as I save them all for ‘the big one’ but as I had such a lovely experience at The Bull in Ditchling, last Sunday, that it seemed rude not to give it a mention. It’d been ages since I’d been to a ‘country pub’, and this really hit the spot- in all aspects. A three course meal was a very reasonable £25 (2 for £21) and they had a great selection of starters and desserts too. Charming venue, roaring fire and lovely staff- if you’re looking for an out of town pub with great vibes and fab food- look no further. 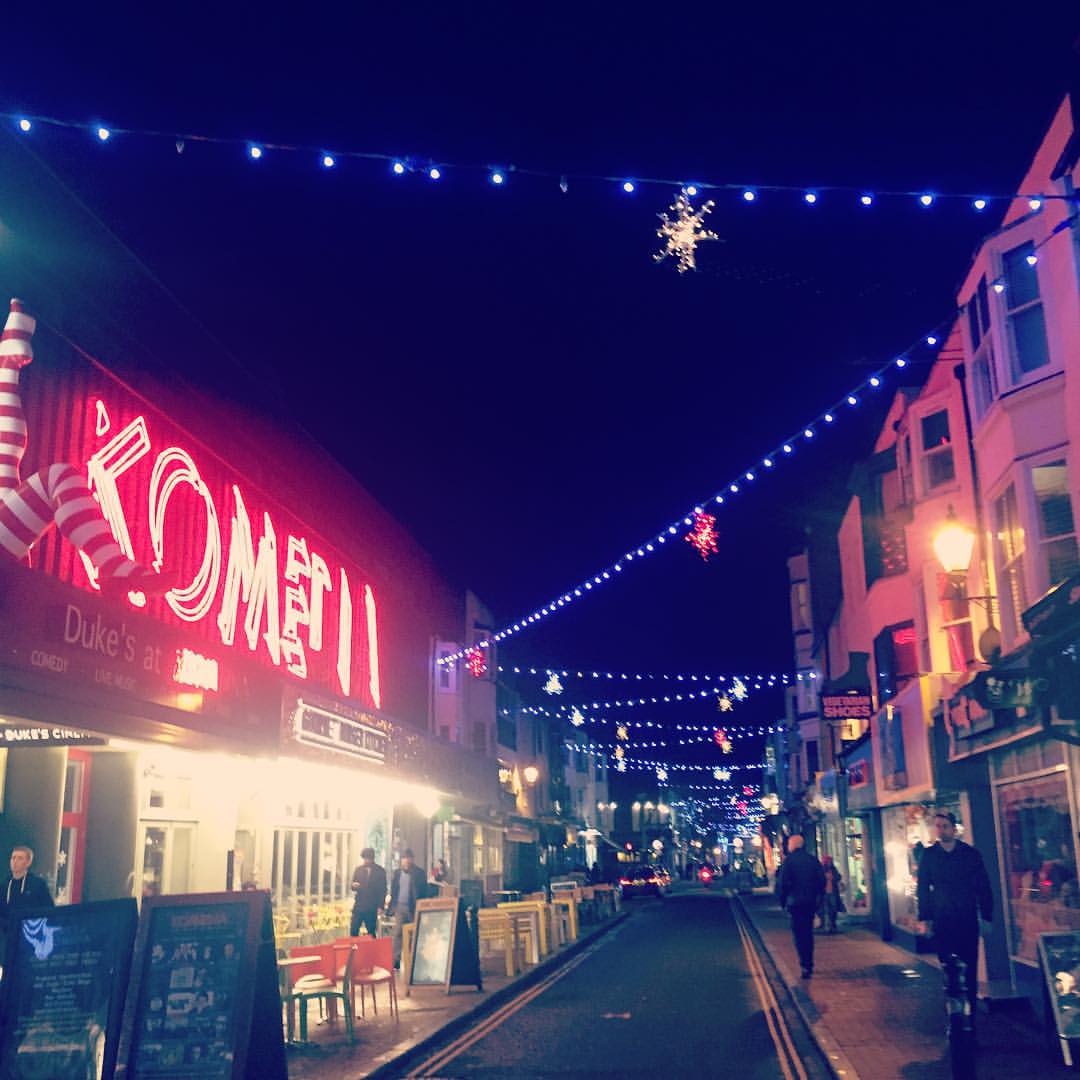 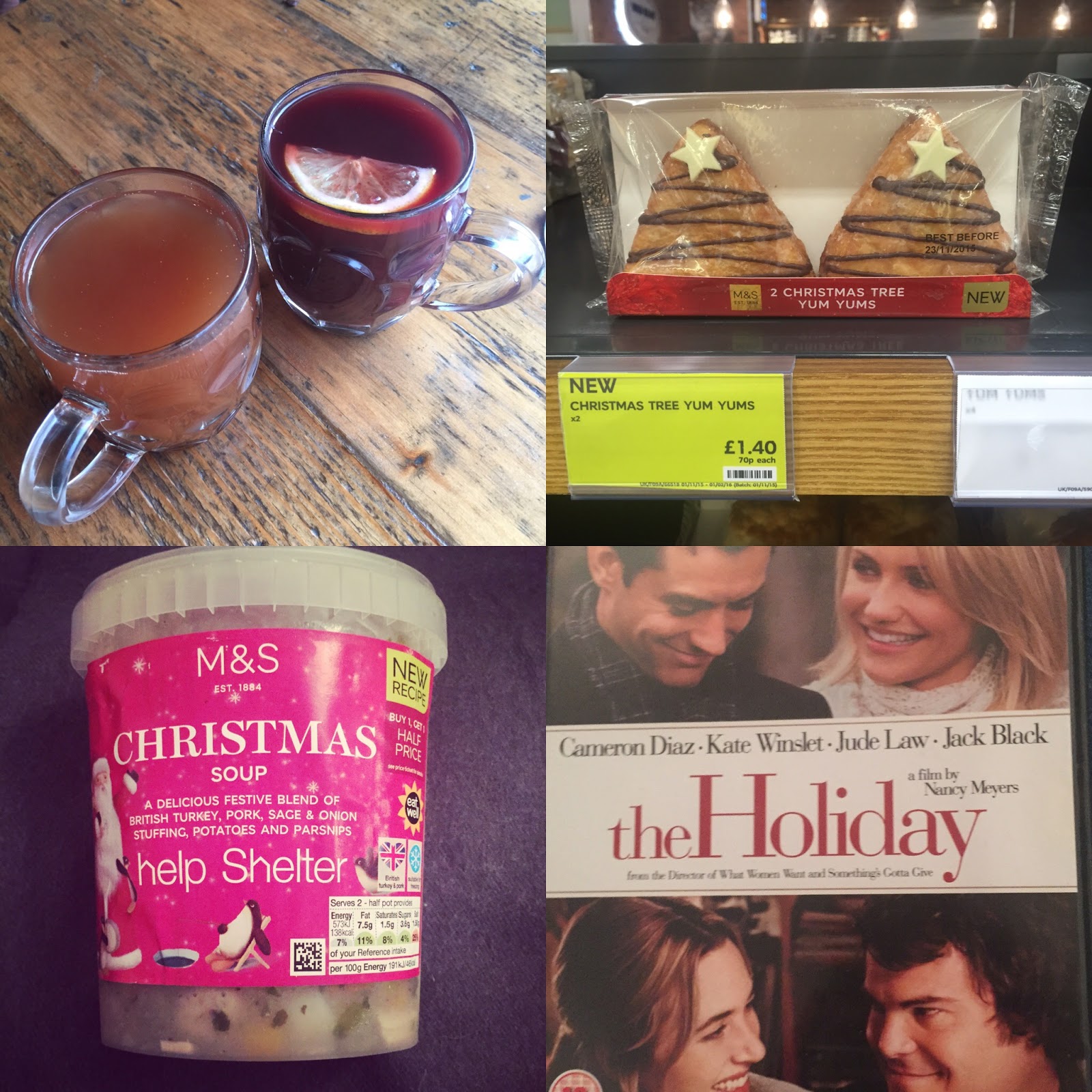 It’s the moooooost wonderful time of the year!

Further to my little festive explanation above… when Brighton Christmas lights have been switched on, the pubs are mulling their booze and M&S are busting out their seasonal soup – it’s time to rock and roll for me. I know I’m biased, but Brighton does Christmas exceptionally well too. 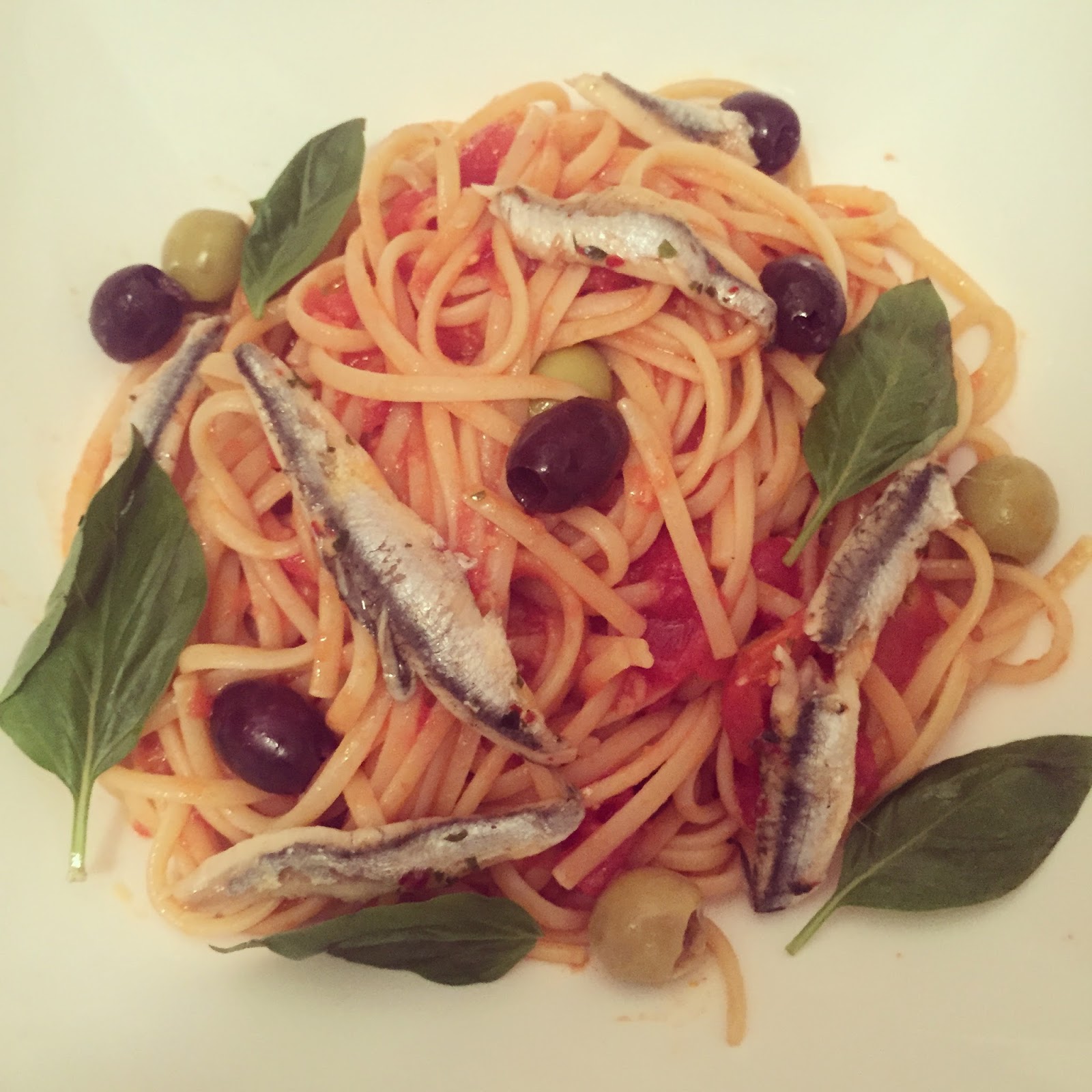 Back in the kitchen

I’d had a really shit day, the day I made this. I hadn’t cooked a single thing, for week, but I fought off all of my instincts that were screaming at me to pick up some sort delightfully convenient ready meal from M&S- but after having a firm talking-to from my Mum (and myself) I got myself back in the kitchen and whipped up this little number.

Obviously I’m not giving myself any major pats on the back, but the state I was in, the fact I’d made a marinara sauce from scratch felt like a big achievement. I ate the leftovers the following evening and they were just as delicious. 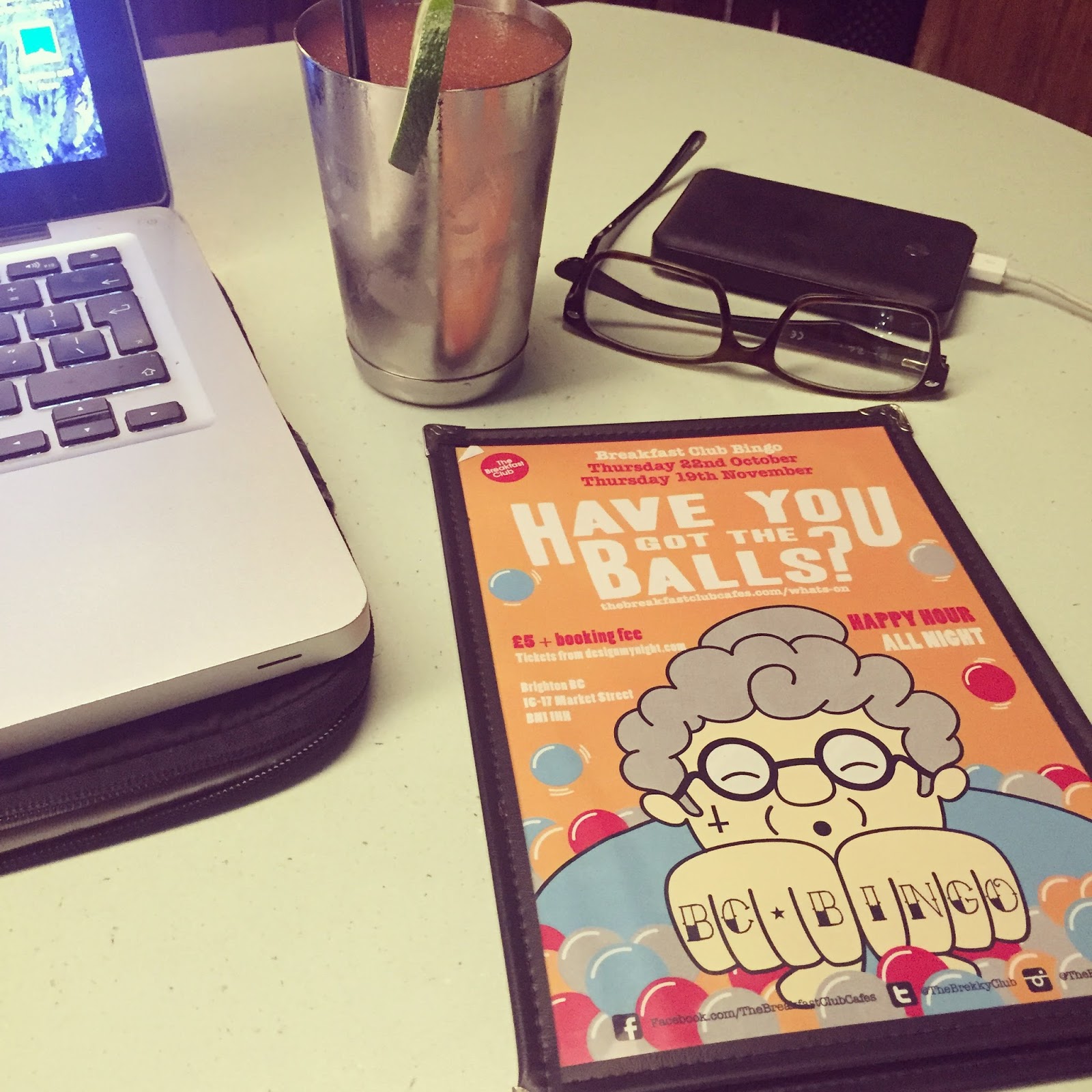 Boozy bingo at The Breakfast Club

Boozy bingo with team Breakfast Club was an excellent way to spend a Thursday evening.  I’m not even slightly ashamed to say, that I got ‘tequila drunk’, on a school night. That said, I was still home and watching Blind Dates by 10pm and miraculously swerved a hangover (probably the massive bowl of pasta I had as a nightcap).  They do this every month or so at the Brighton branch, so keep an eye on their social media for upcoming dates- it’s a right good laugh, and it’s happy hour all night. 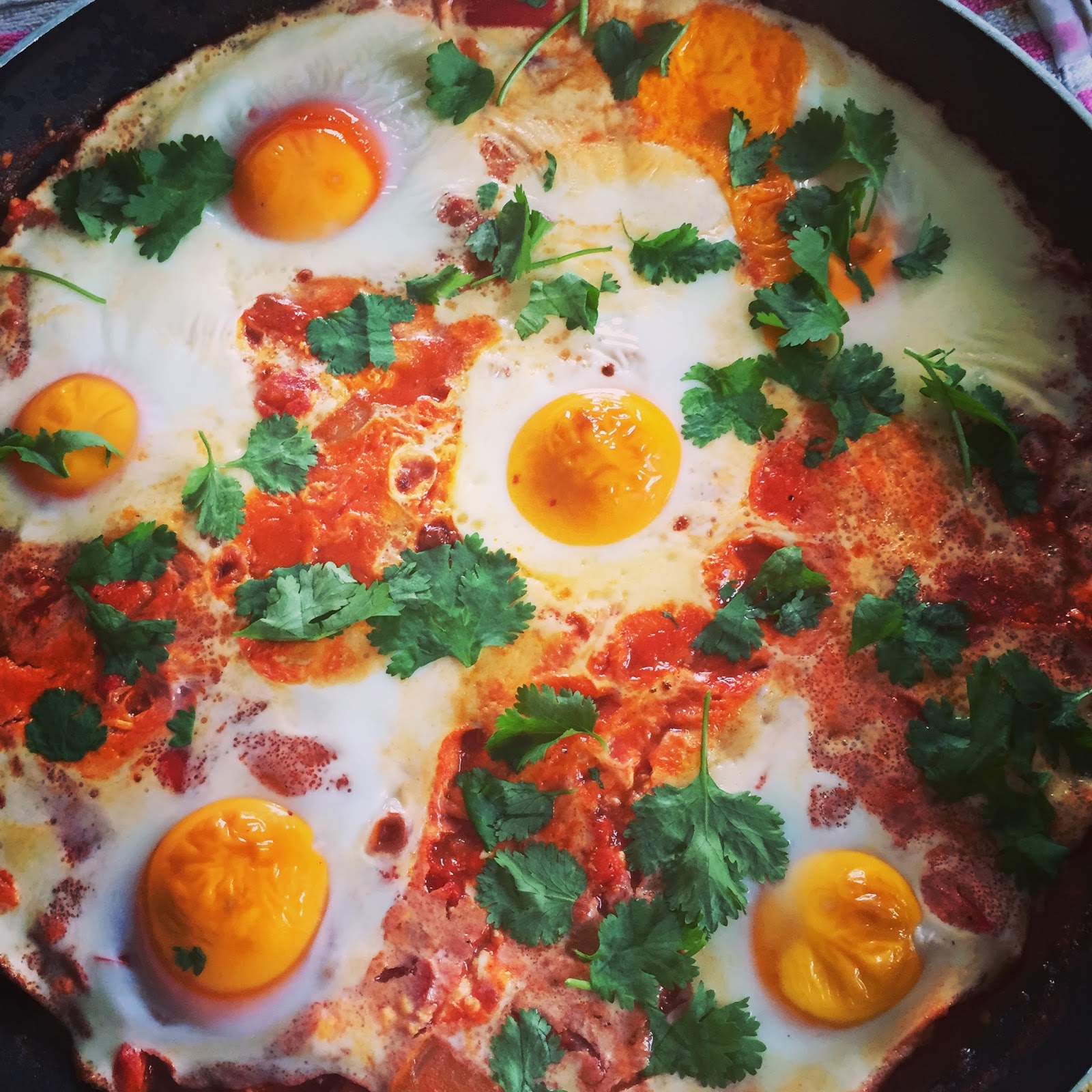 As mentioned above the start of my week was a bit bleak so my beautiful friend Jenna (food blogger Raw Rhubarb) came round to make lunch for me and give me some love. With a tiny bit of help from me she made this gorgeous Shakshuka, which we had with crusty bread and a substantial amount of salted butter (FYI the eggs were soft underneath). Check out her blog for Paelo recipes and well-being articles– it’s a goodun. 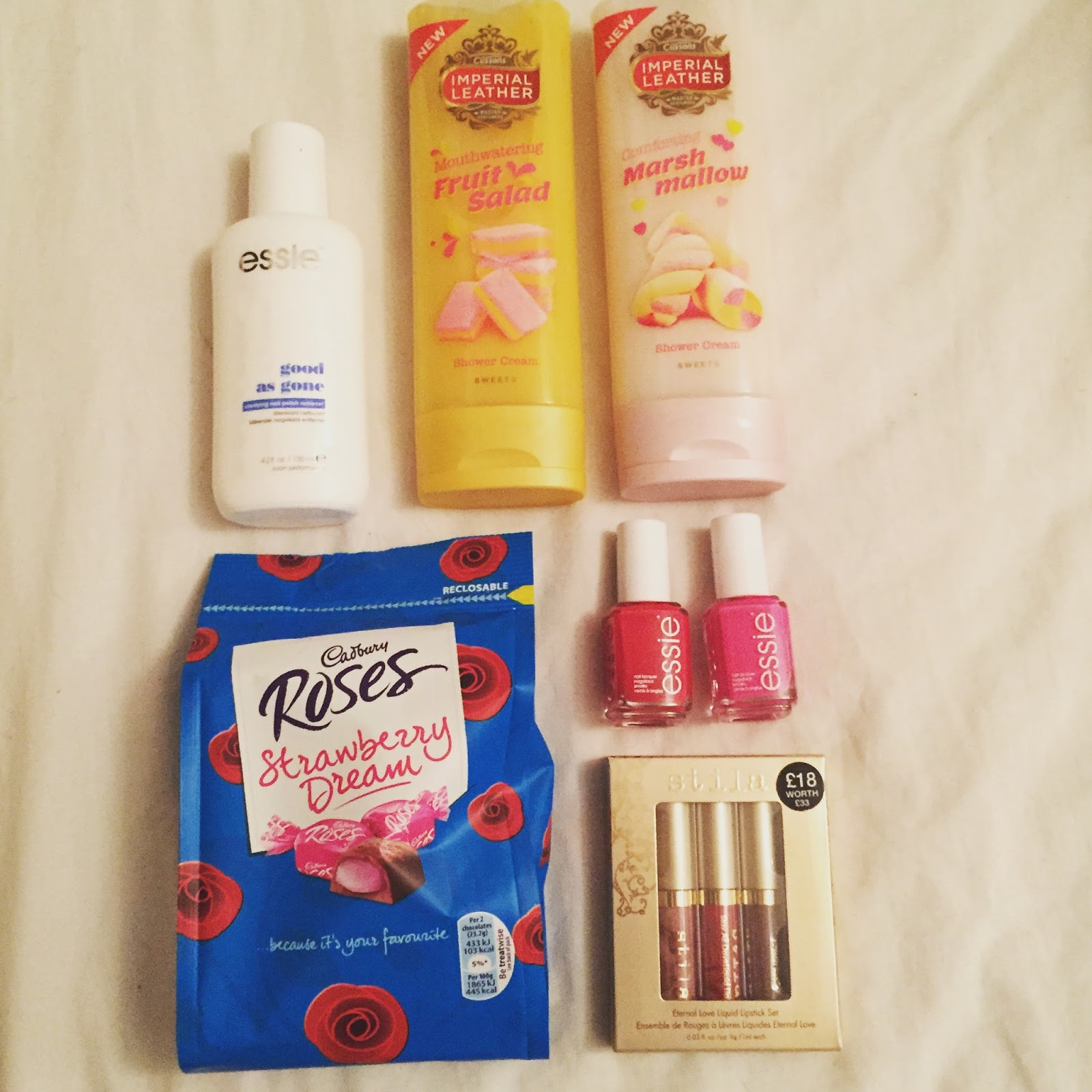 I worked at my mate’s club night as a favour on Saturday, and it’s easily the worst thing I’ve done for money all year. As a consolation prize of sorts, I resolved to spend every single penny on lovely things for myself. And no, I definitely didn’t need those nail polishes, but I have ZERO regrets, I nearly died of hypothermia for that money! 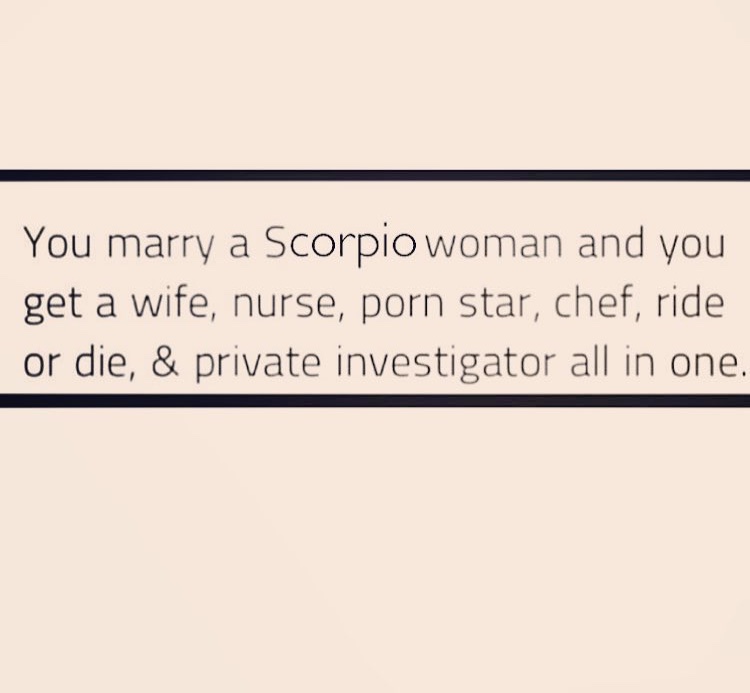 
What have been your favourite things recently? And tell me your roast recommendations please, good ones. Comment below or hit me up through all manner of social networks (links above and below)