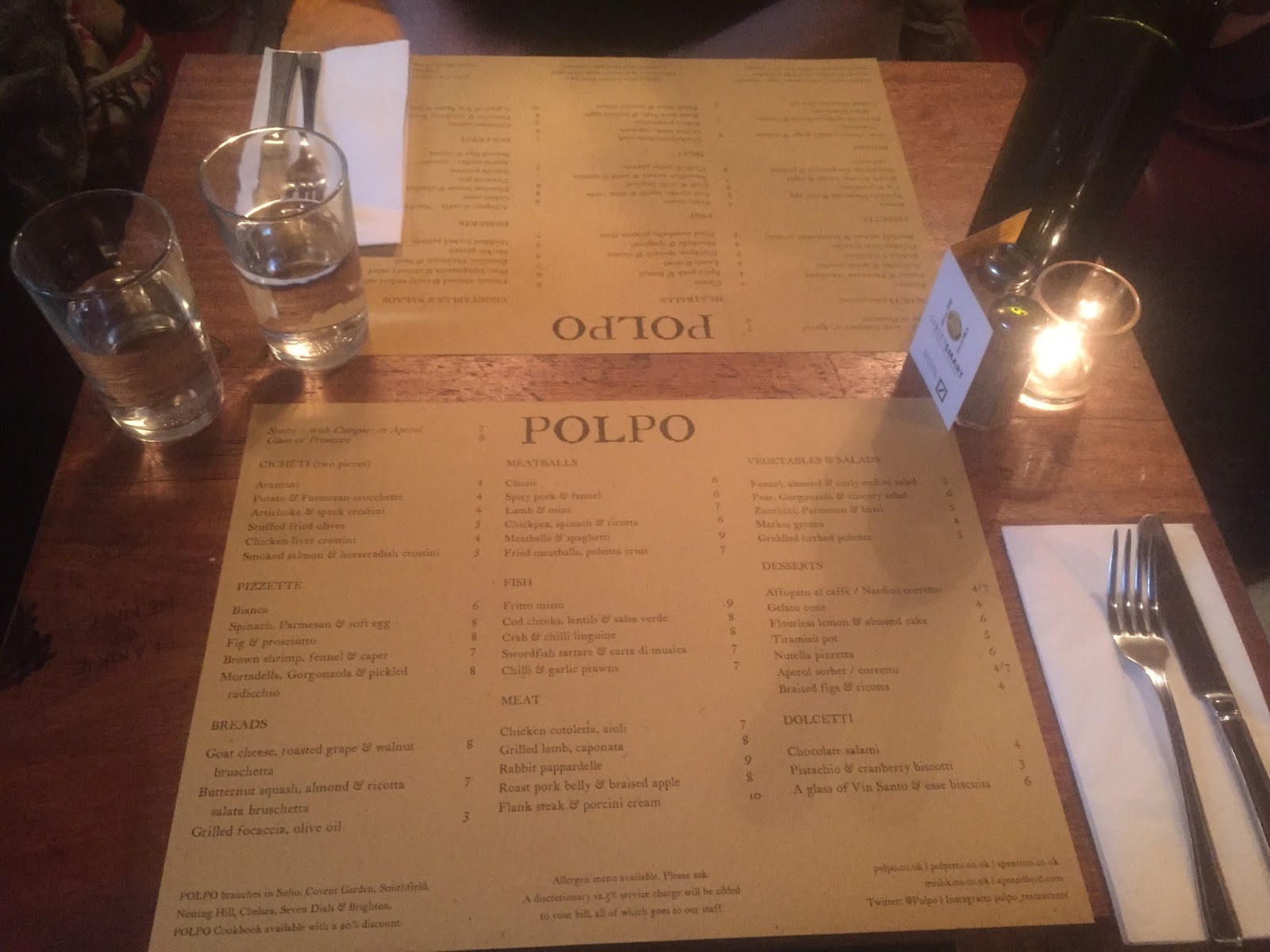 The internet had been talking about Polpo coming to Brighton for months before it actually did. This Venetian-style ‘bàcaro’ AKA a ‘humble restaurant serving simple food and young wine’ already has a vast London following, so the opening on New Road in North Laine was hotly anticipated by many.

Like it or loathe it this seaside town of ours is attracting some of London’s biggest players to set up shop here. I won’t get into the politics of it all as some (a lot) of people are verrrry touchy about this subject… but, what I will say is, the beauty of Brighton is that there’s room, and call for diversity in all areas, and I think the ‘chains’ who have come here, don’t feel out of place at all.

I also believe that a certain group of Italian restaurants who will never feature on this blog, have monopolised the lanes with, their quite frankly, ghastly offering, for far too long and it’s about time there was something better on offer, so I was very excited to hear about it opening. 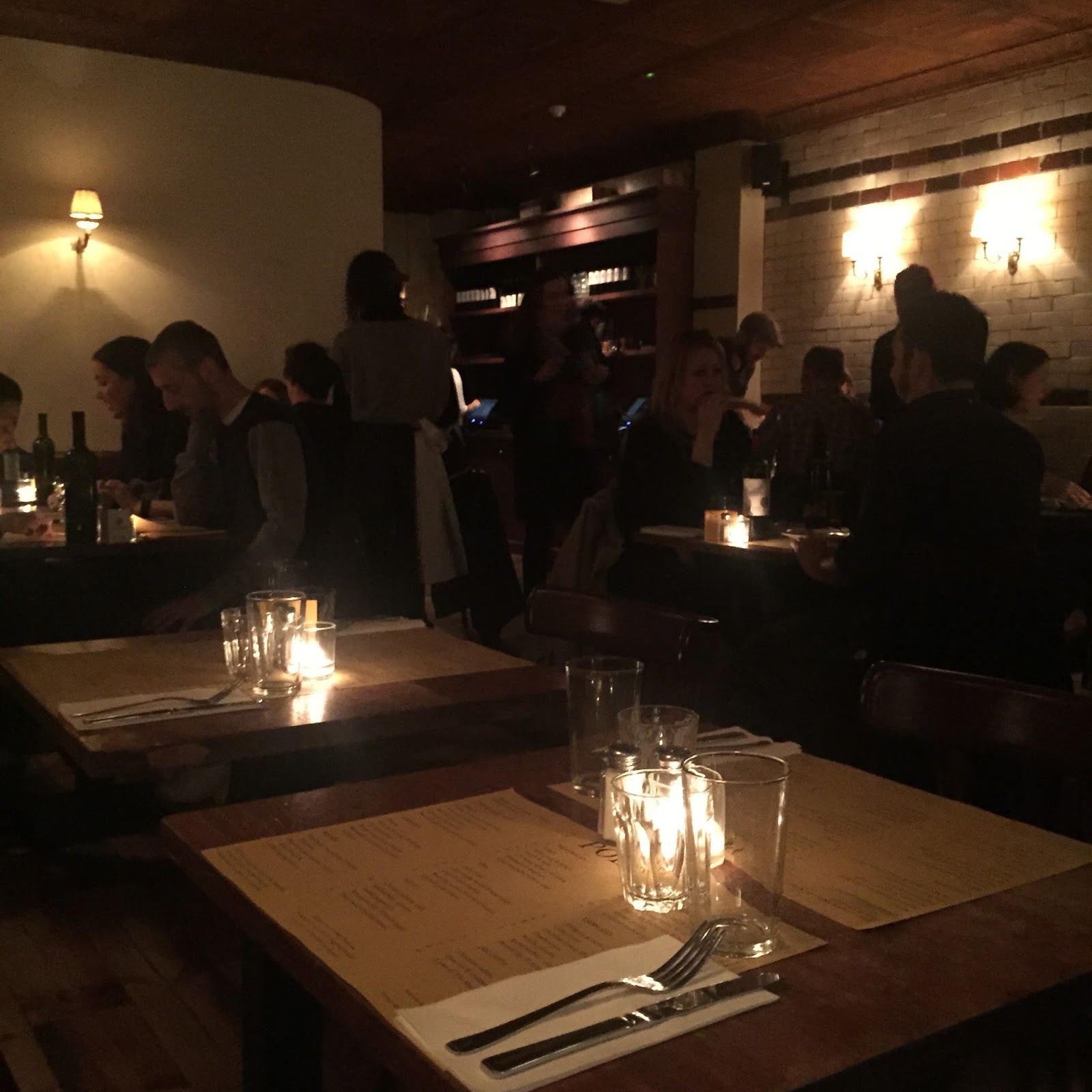 I’ve been twice now, once at lunch time with my Mum (who has a small appetite) and a couple of weeks later in the early evening with a friend (who is an eating machine). Between both visits I’ve put a fairly sizeable dent in the menu, which reads so well, that I’d happily have ordered any of it. 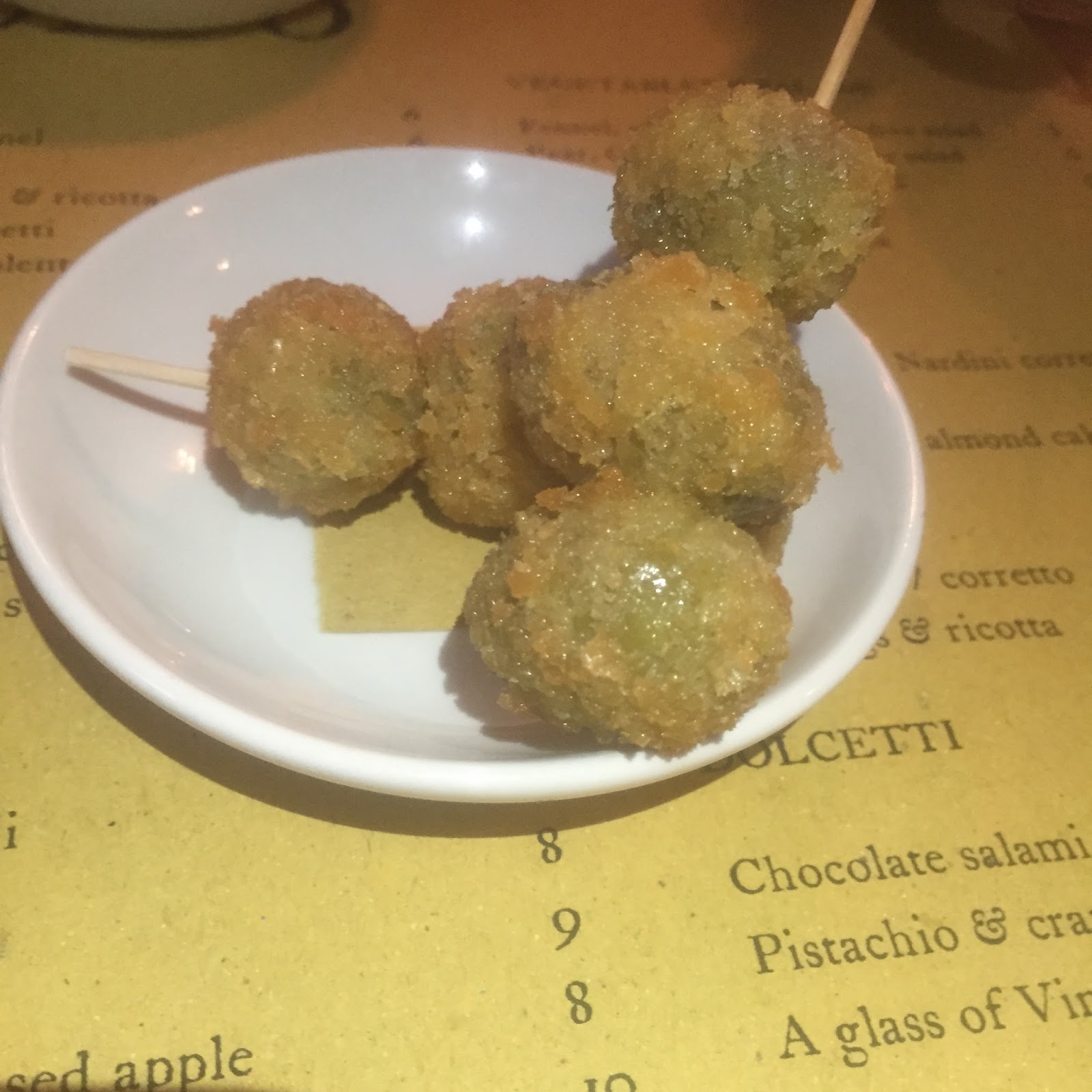 Yes yes and yes again for these. Loved them. I wasn’t quite so enamoured with their price tag of three quid, but ordered them on both visits so it wasn’t a deal breaker. Not for the vegetarians amongst you though, as they’re stuffed with anchovies. 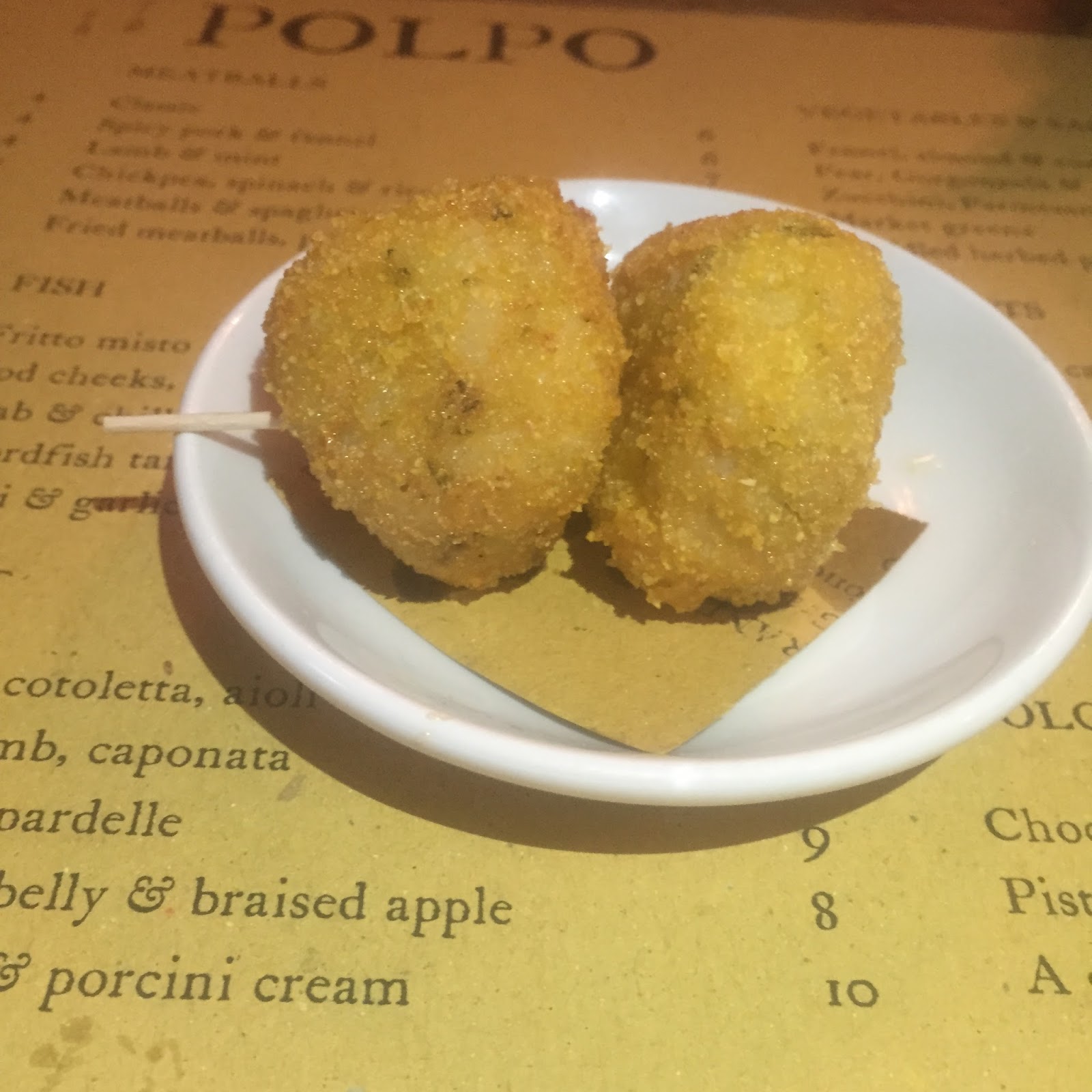 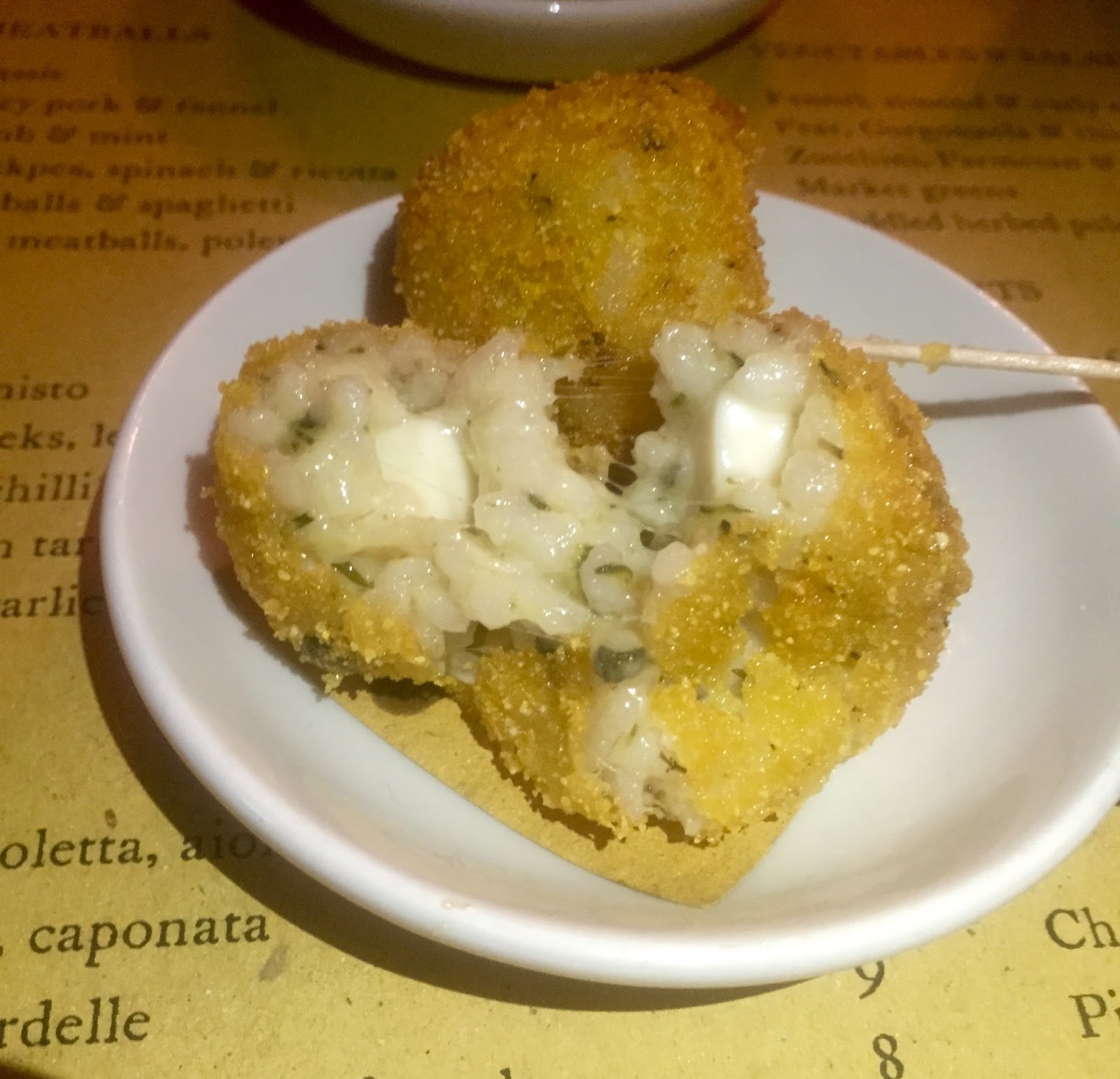 Technically these were perfect, crisp on the outside which gave way to an oozing cheesy middle, but for me they were missing something, probably seasoning, which you will see is a recurrent theme throughout this review. I know places are more conscious regarding salt content these days, but come on, I’m not exactly eating arancini to be healthy, am I. 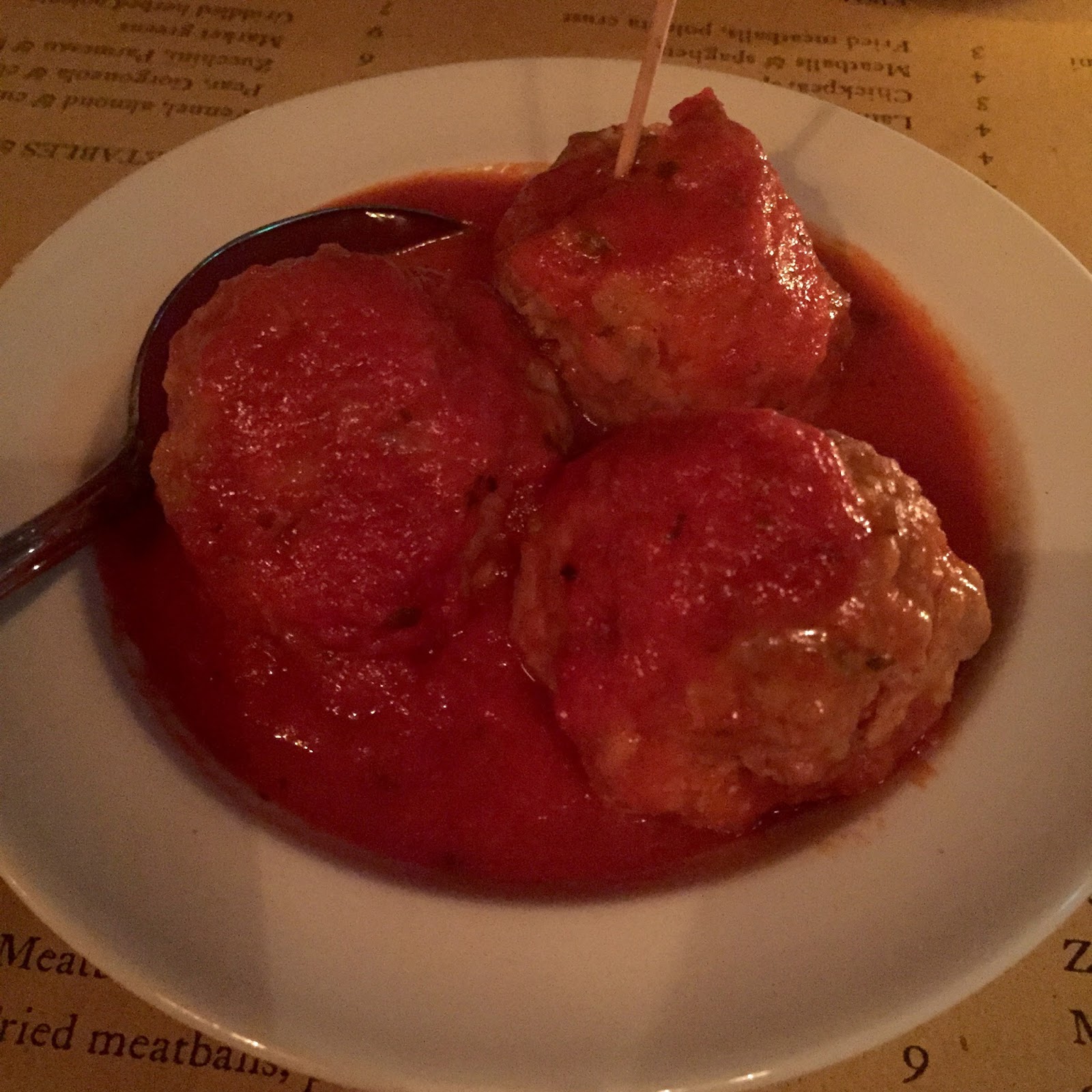 Possibly the most instagrammed meatballs ever? I’m assuming that the lighting in London Polpo is better as it was an absolute bitch getting an ok photo of these ones.

So how were they? They were nice, I think £6 for three is jumping the gun a bit but the coarsely ground meat was tasty and actually very well seasoned, the tomato sauce, not so much, unfortunately. 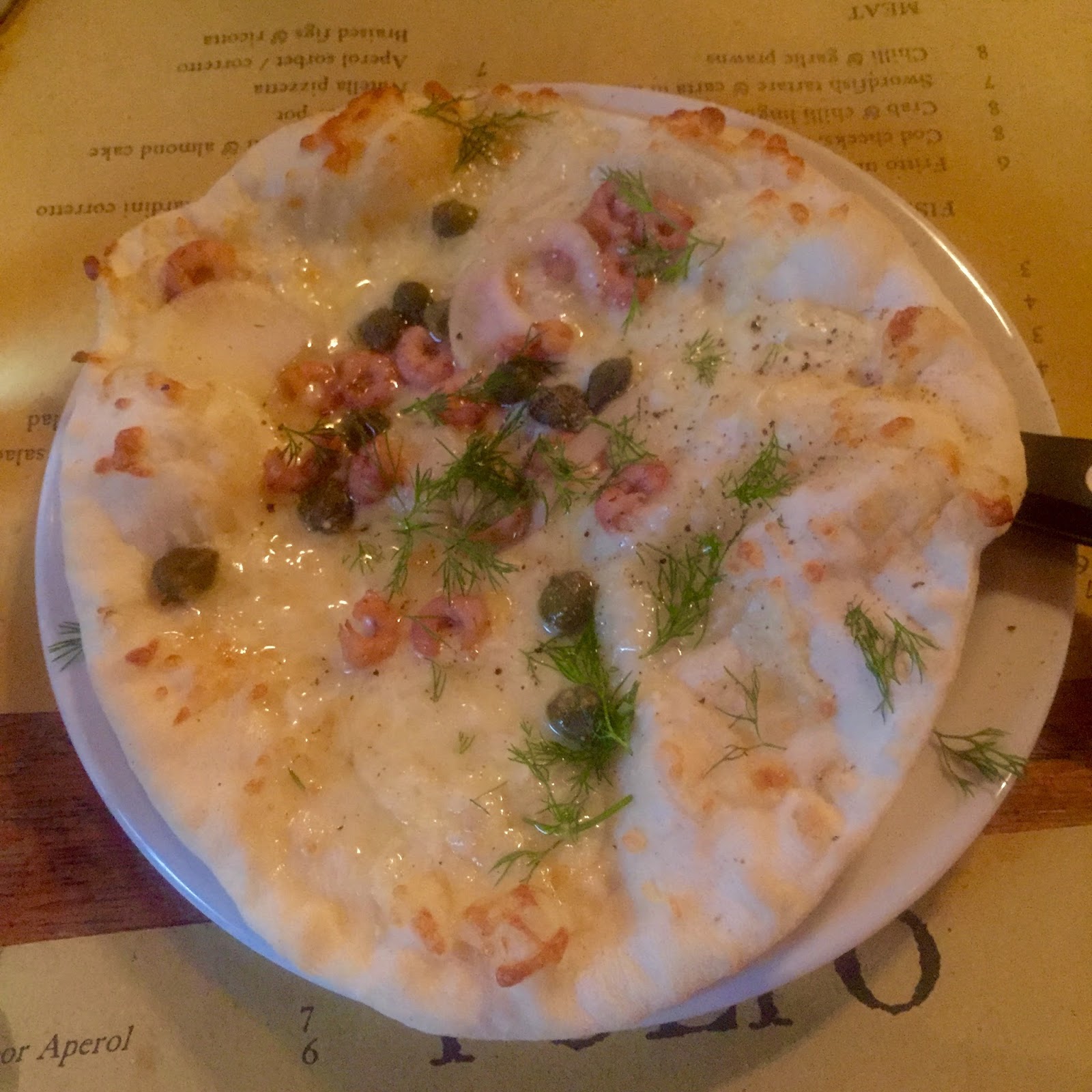 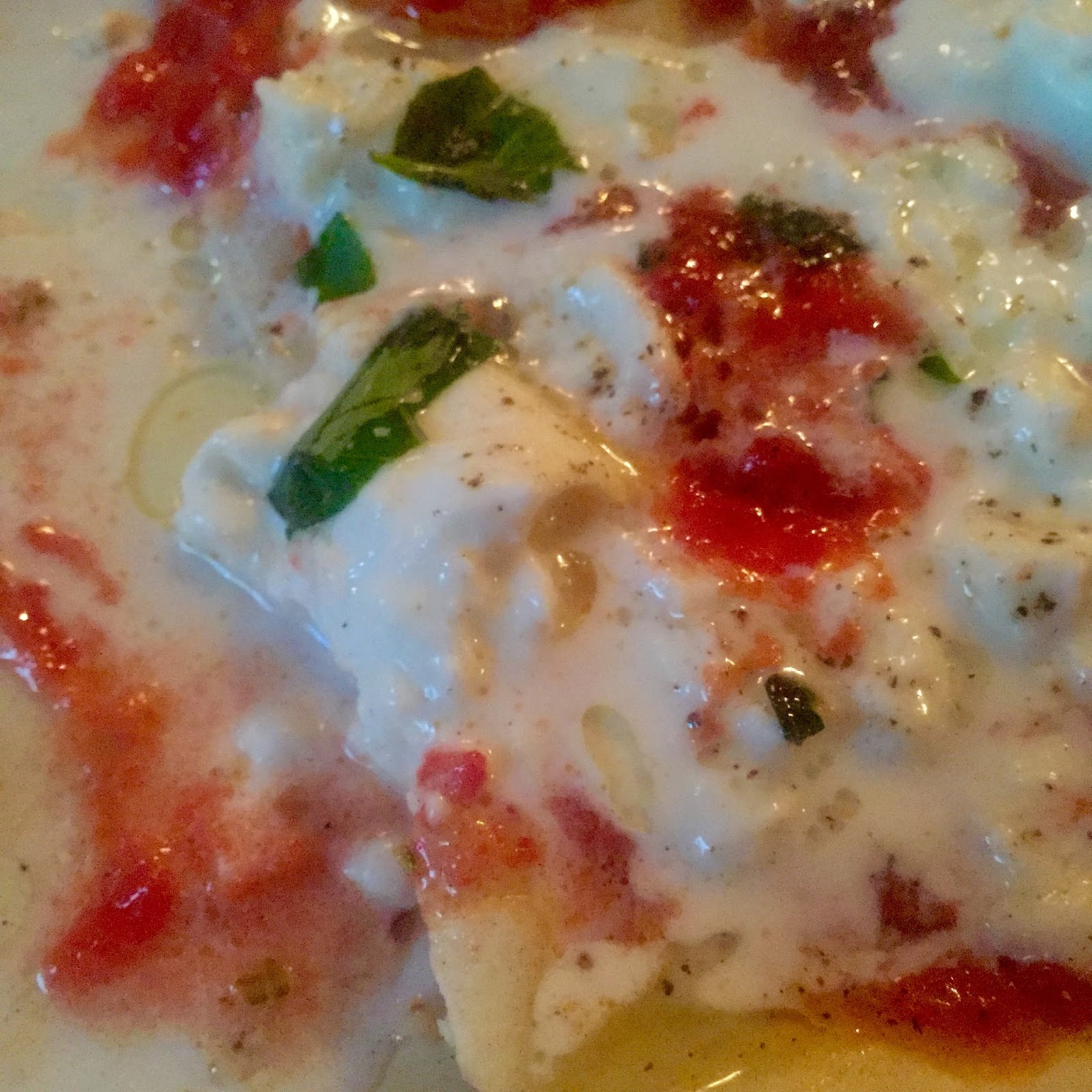 As regular readers of this blog know, I ate a lot of pizza last year. I know what I want, and I know what I like, but I wouldn’t put this pizza in the same category as the ones I’ve been road-testing.

These were more of a crispy flat bread with toppings. That’s not meant as a criticism at all, I really enjoyed them both, particularly the buffalo mozzarella special, but if it’s a big ol’ hearty pizza fix you’re after, go to Nuposto. 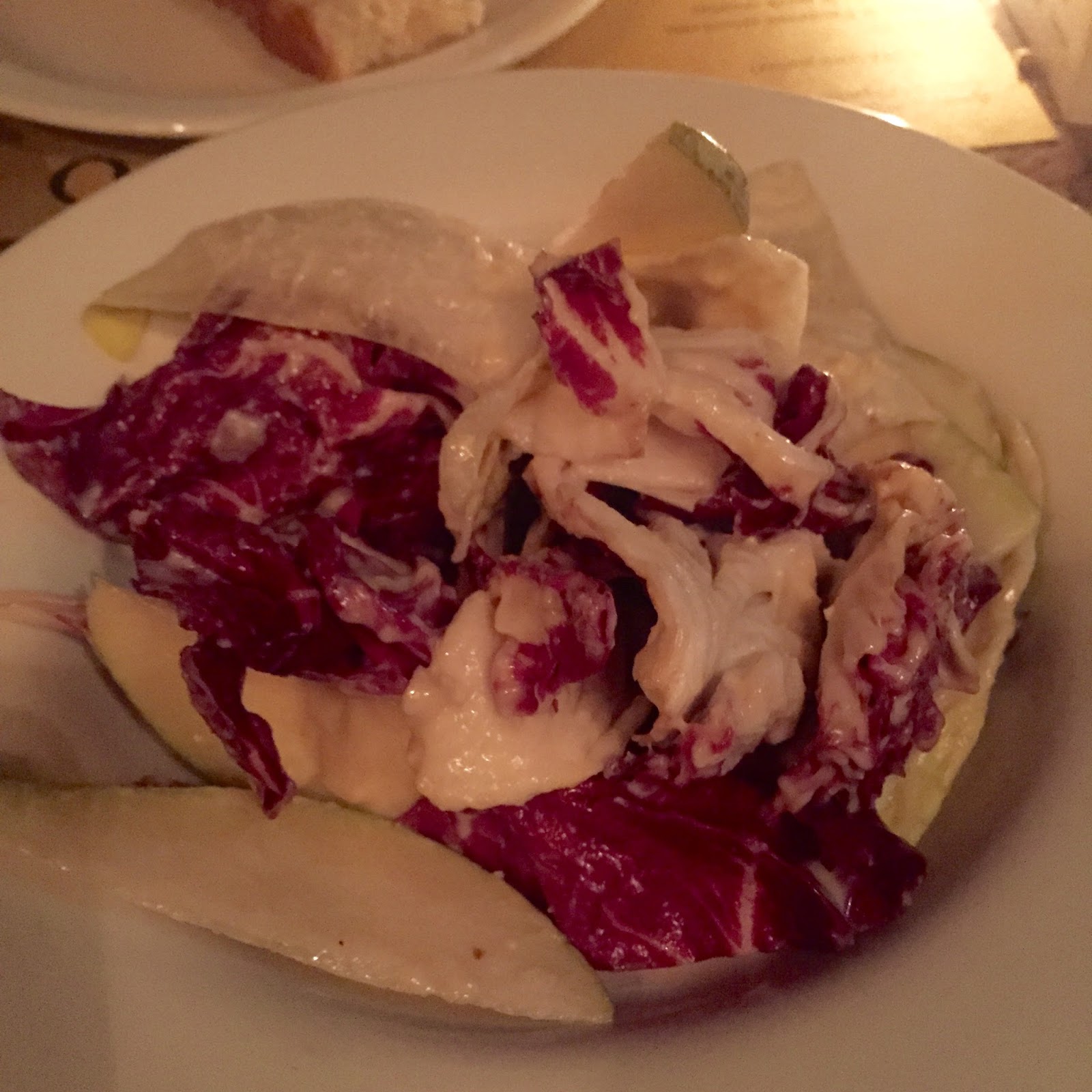 Not the prettiest or photogenic, but it was really very good. The pear was ripe, the blue cheese punchy without being domineering and whilst I loathe radicchio, I do enjoy a bit of raw chicory in a salad, if it has other flavours to counteract the bitterness. 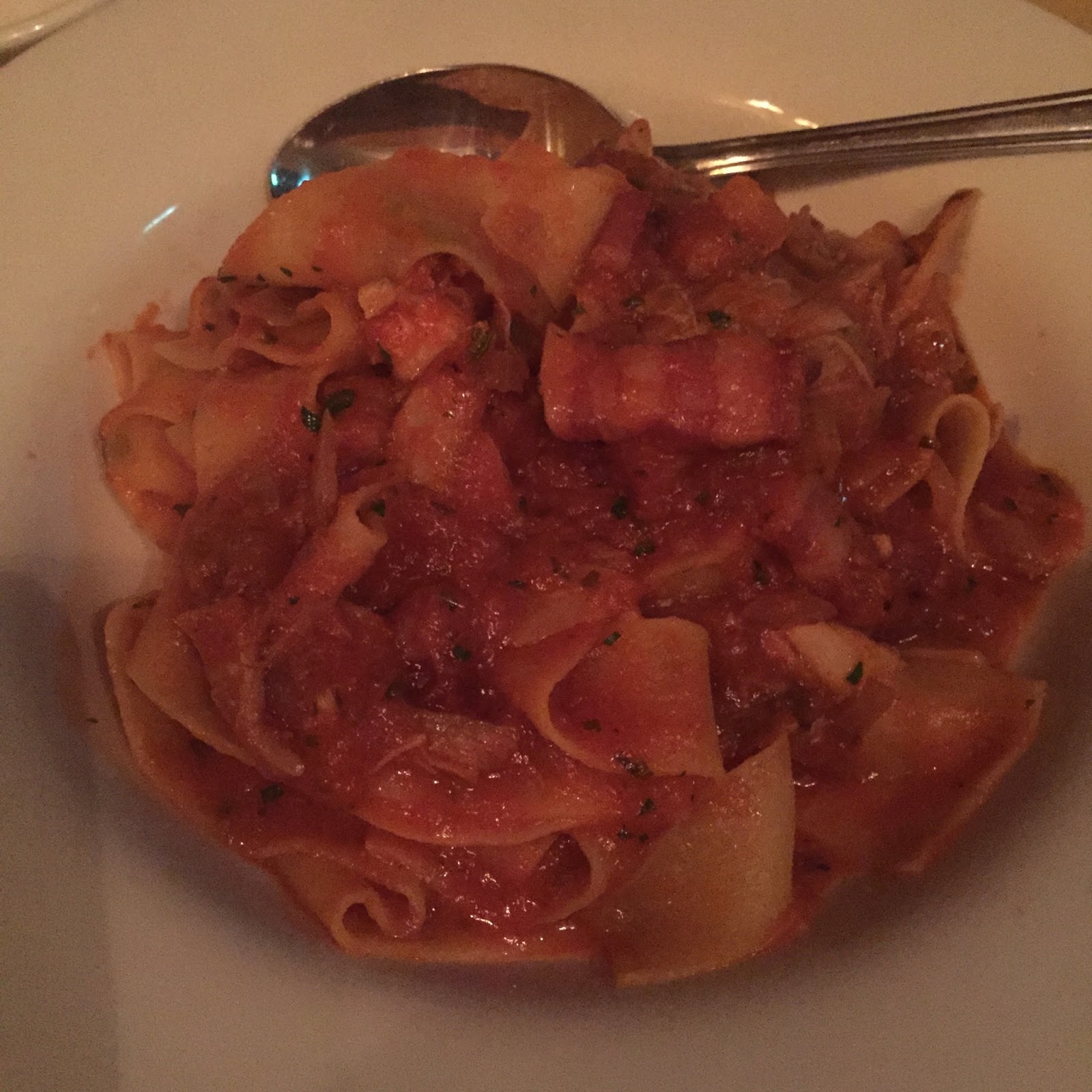 This was a game of two halves. The pasta was cooked perfectly and the rabbit had been slow cooked until it was spoonable and delicious, but it was in that slightly insipid tomato base that came with the meatballs. Again, fine with some extra salt, but I don’t really think it’s my job to be seasoning food to make it enjoyable, especially not when there were about 4 chefs in the kitchen being paid to do so. Again, something else I have heard mixed reports about but I can honestly say, there wasn’t a single wrongun in this heap of delicious frito misto. All of them were cooked through but in no way rubbery or tough, they were ‘done to a turn’ as my Mum would say.  The only downside for me was that they didn’t come with any sort of dip – this may well be considered sacrilege by the Italians, but for me, it would have made it perfect. 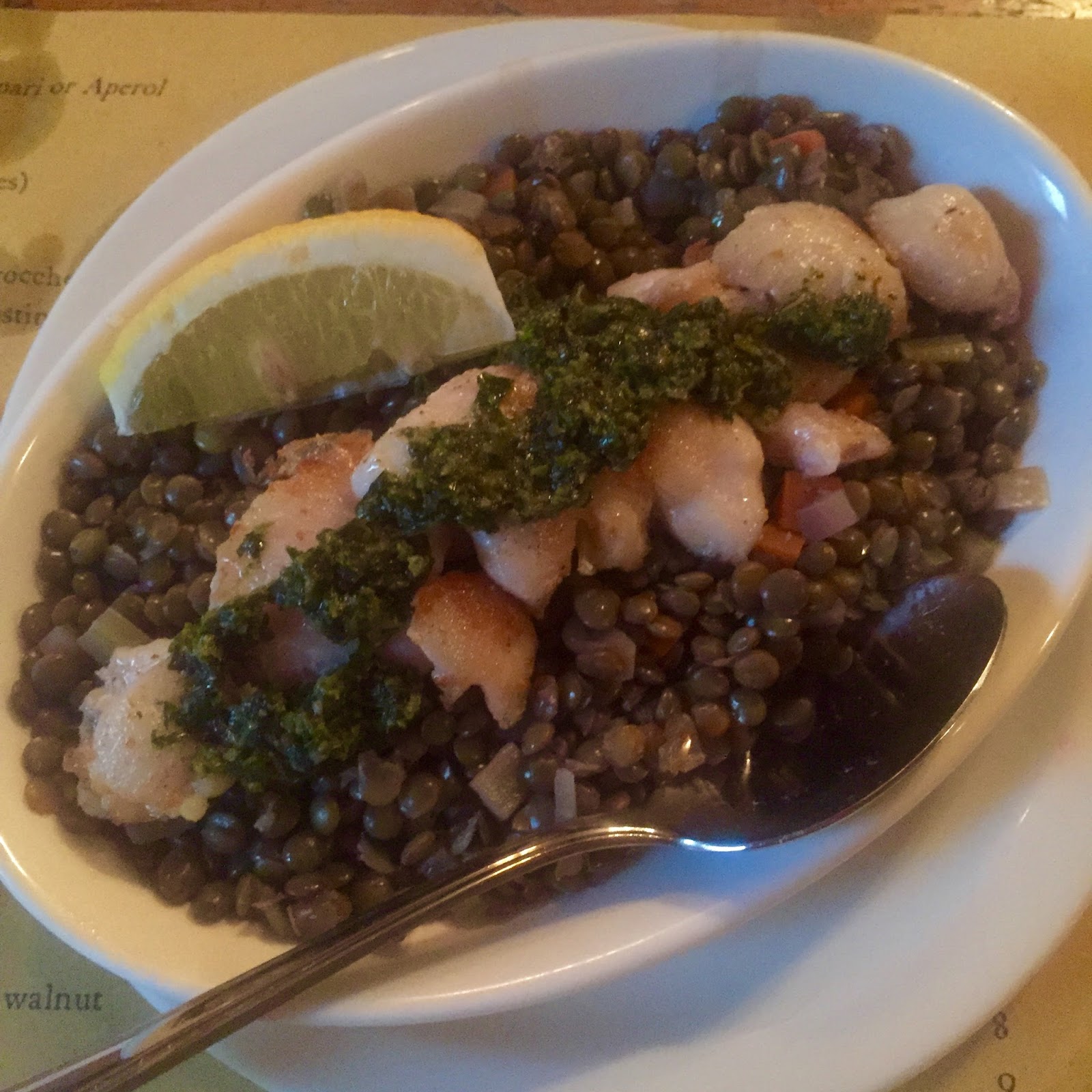 The cod cheeks were succulent, not dissimilar to scallops actually, but the lentils were just.so.boring. There were loads of them too, and like the other things I previously complained about, these also seemed to be devoid of any seasoning.  With a few tweaks to this it could be a really lovely dish. I’m a bit fan of Nutella on pizza and this was no exception. On the same crispy base as the savoury pizetta, the chocolate definitely took centre stage in this dish and I’ve no idea what they’d done to the nuts scattered on top, but they were buttery and tasted brittle-esque.

Sidenote: after discovering my favourite peanut butter by Skippy contains palm oil (sobs) I had a little google to see if my beloved Nutella was guilty of the same crime… the results were inconclusive. Some sites said yes, it does use the evil orang-utan murdering kind, but others claimed they us ‘responsibly sourced’ palm oil – what does that even mean?! Can anyone tell me definitively one way or another? If so please do in the comments section below. 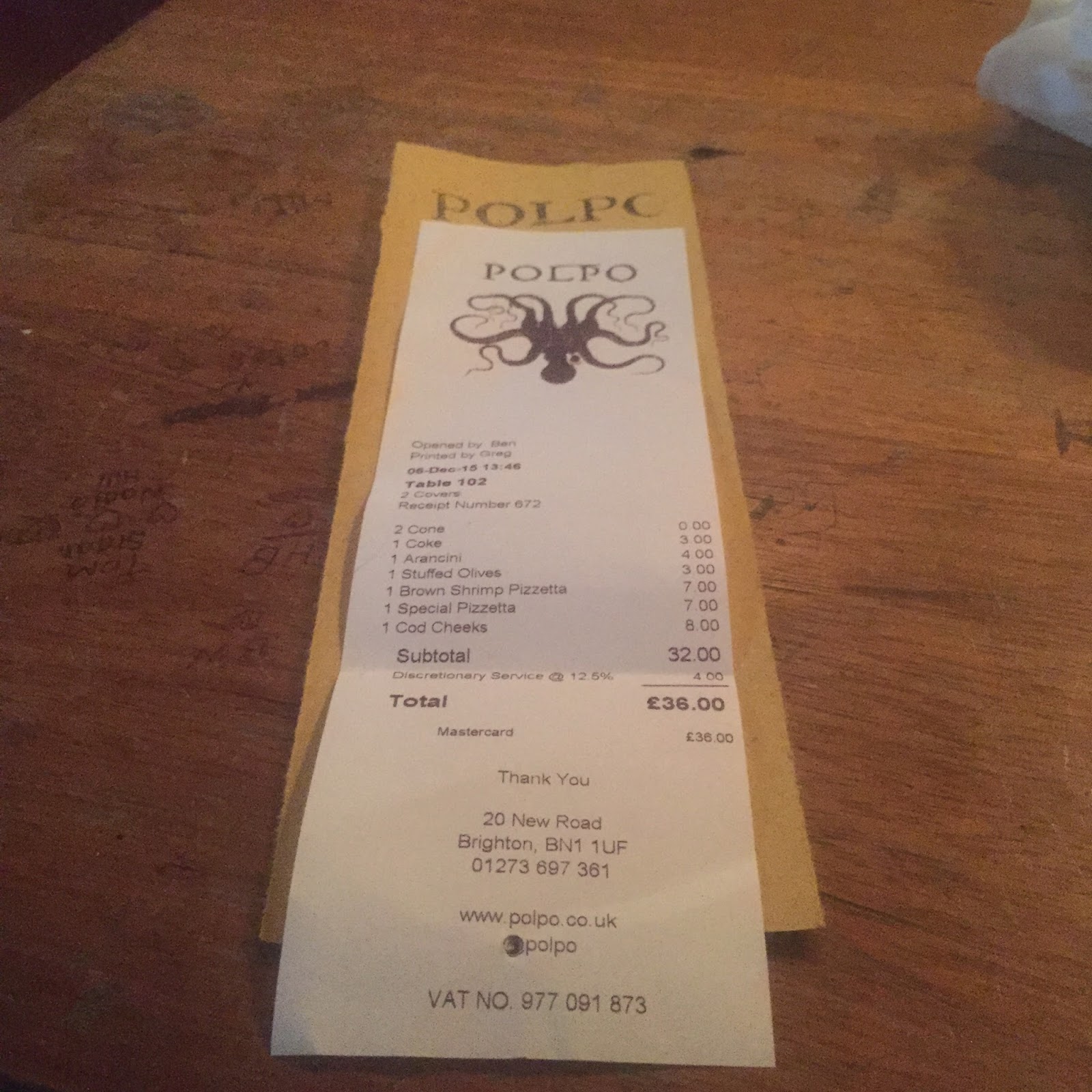 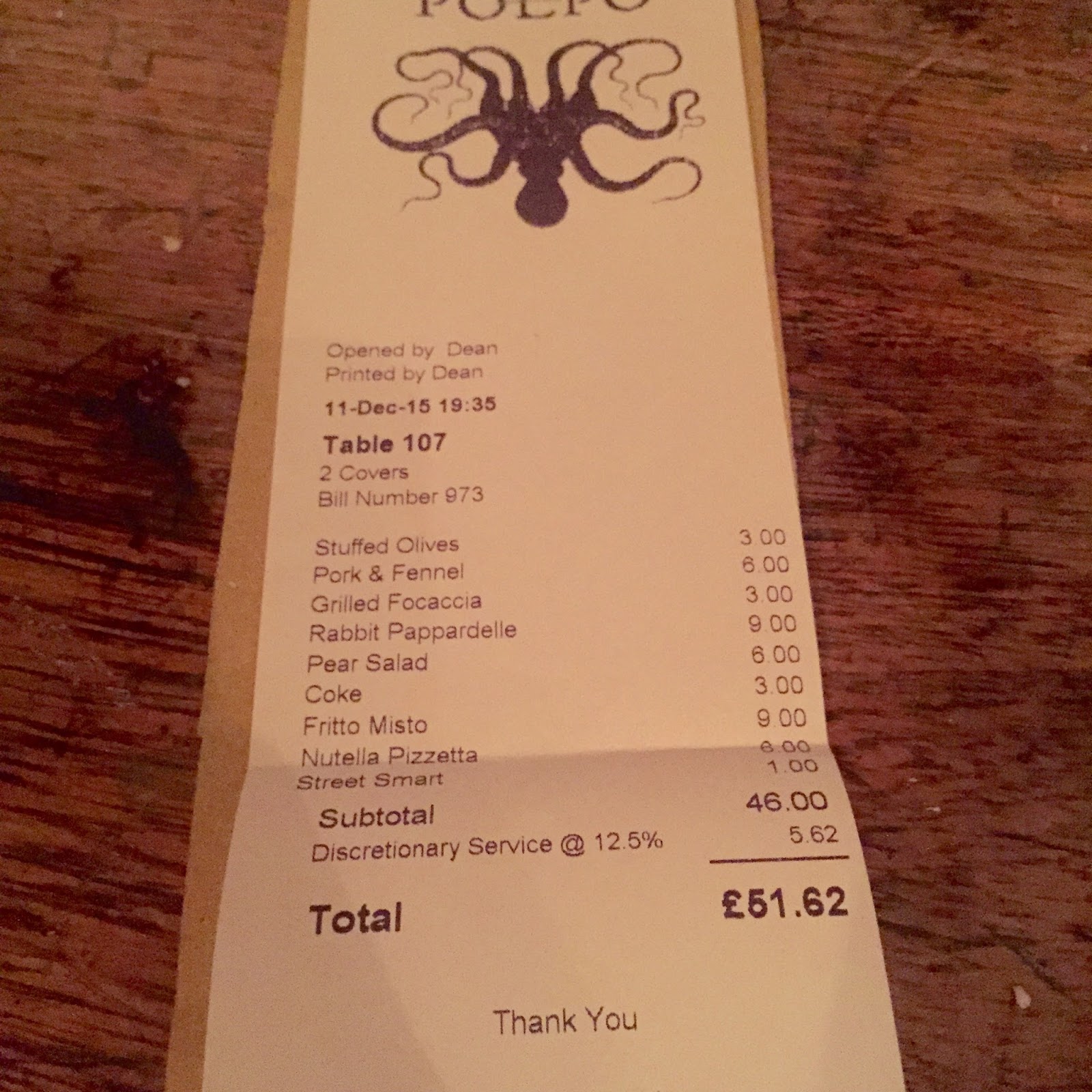 Will I be going back to Polpo? I’m sure I will again at some point, the food was lovely quality, I really like the venue and everyone who served us, on both occasions were utterly charming. Would I recommend it? Yeah, why not – it knocks spots off anywhere offering Italian food, in central Brighton, and if they listen to the recurring feedback about using a heavier hand when it comes to seasoning, then you’ll be in for a nice meal.

I recently reviewed Pizza 500 and showered it with mega praise, and although the menu isn’t as varied and more ‘ordinary’ than Polpo’s is, if I was given the choice between the two I would definitely pick the former.

Have you tried Polpo yet? How does Brighton compare to the London branches? Comment below or give me a shout on my various social media accounts (links below).