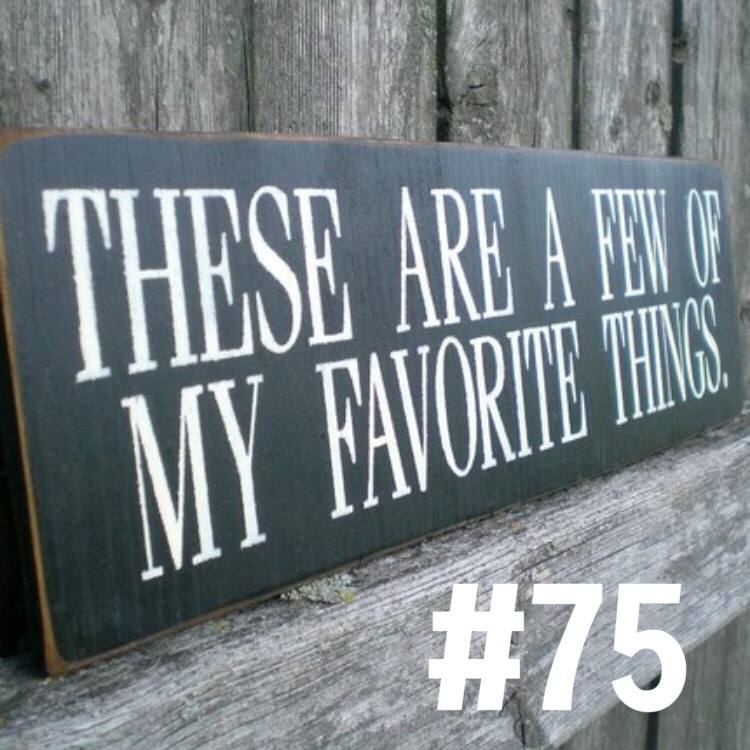 I can’t believe this is my first favourite things post of the year! I really really need to get back into writing them on the regs again, preferably on a Sunday, as I find it really helpful in combatting the blues and reminding myself of how lucky I am.

That reminds me, I read a fact on Twitter the other day; ‘you can “rewire” your brain to be happy by simply recalling three things you’re grateful for every day for 21 days’ – don’t say reading my blog isn’t a well rounded education, ok?

I’m starting this post on a Thursday afternoon and I’m resisting the urge to eat a giant crumpet with Nutella, mainly because I only just had a three course carb fest at my favourite pizza place, Nuposto. I’m not sure how much longer I can deny myself though, I am shit at abstinence of any kind. 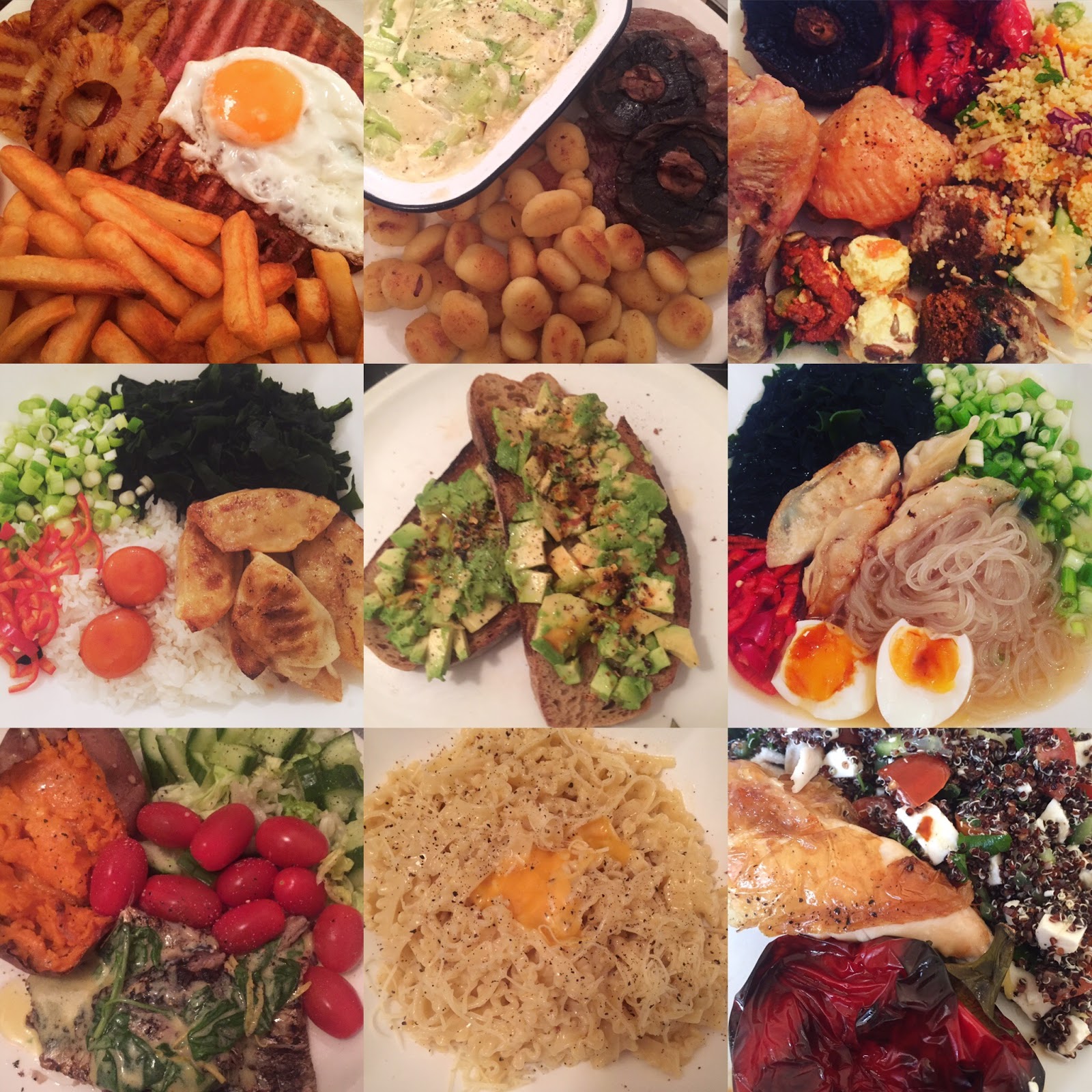 Back in the kitchen

If you read my 2015/looking forward to 2016 round up then you’ll remember that I didn’t make any resolutions as such, instead I talked about the things I was looking forward to doing more of this year. Top of that list, was cooking more, and as you can see, I was true to my word and it’s been making me happy, I always forget exactly how happy until I get back into it again. 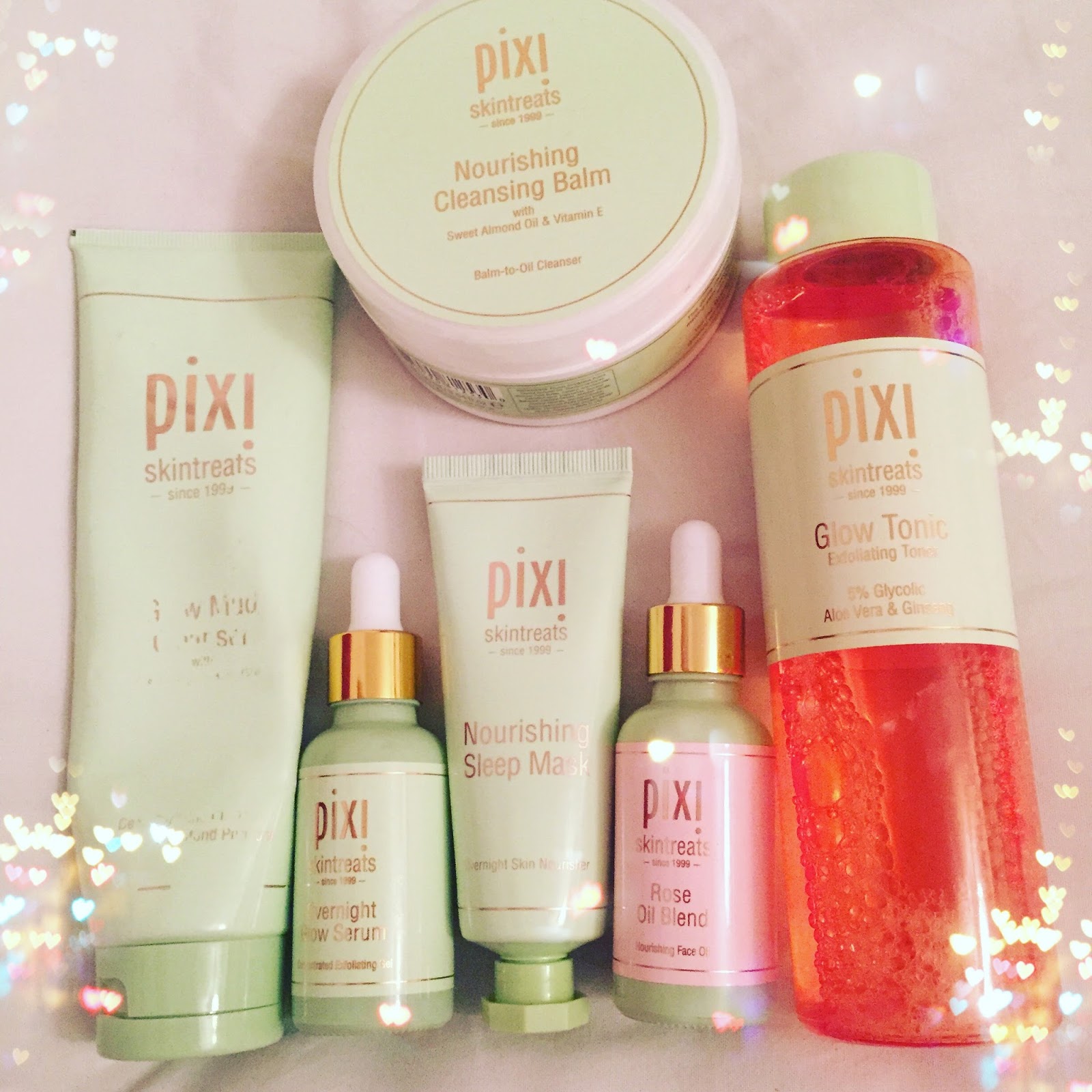 I’ve been a lover of Pixi’s original skin treat, their ‘glow tonic’, ever-since its release in 2012. So I was obviously ridiculously pleased to hear they were expanding the range to include lots more products. My skin ranges from ‘normal/dehydrated’ to problematic (god damn you hormones) and I find this range with it’s mix of acids and hydration to be the only thing that has really kept it on a reasonably even keel. I can honestly say that I have got on with all of the above and am keen to try more, ASAP.

In terms of price point the products range from £10-£30 and if you’re wondering where to start I would definitely recommend the cleansing balm and glow tonic. Pixi is available from their own website or M&S (online and in some stores).

If there’s any other Pixi fans reading this who thinks there’s something I simply must try, then please post your recommendations in the comments below, I do love an enabler. 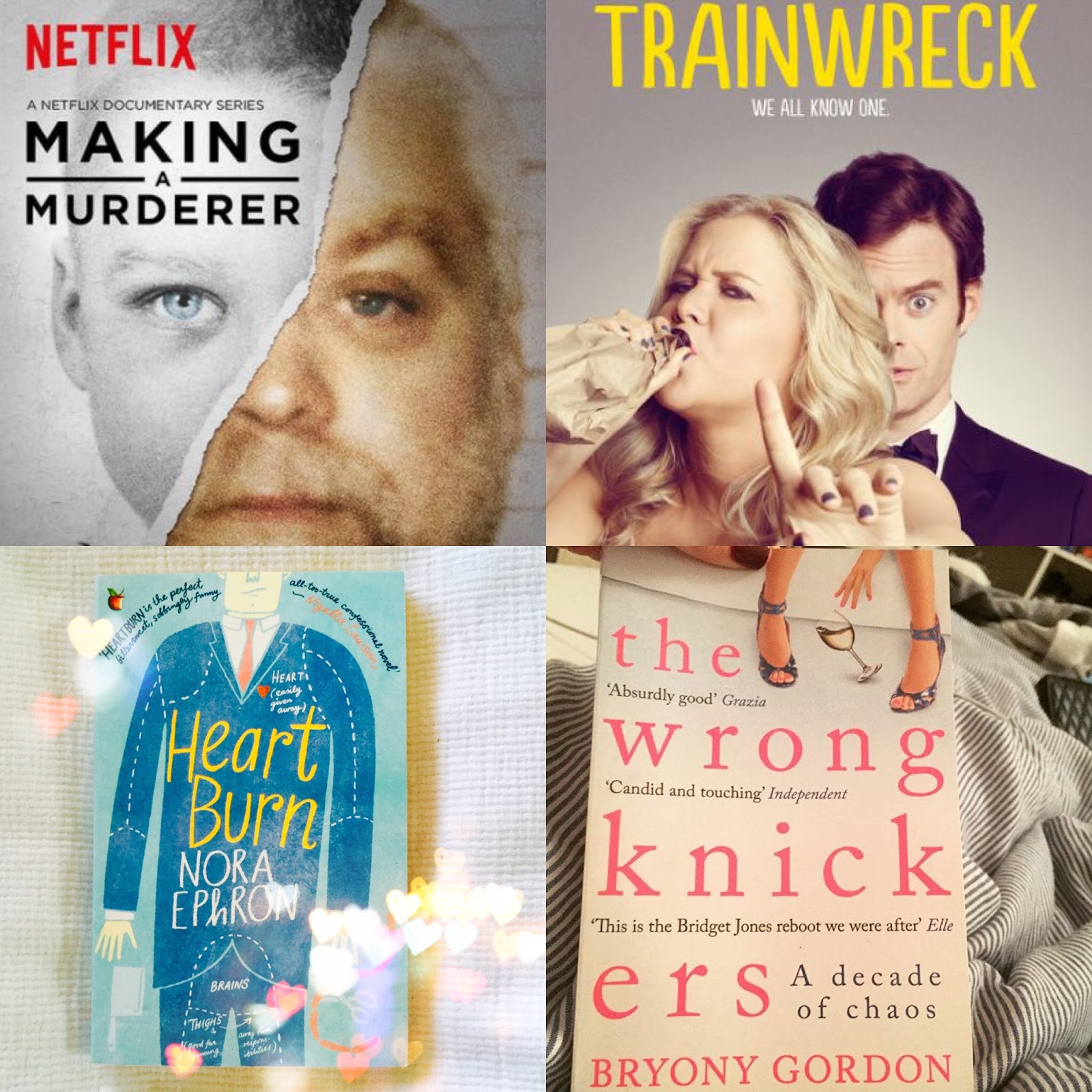 What I’ve been watching/reading

Making a Murderer – Twitter, and social media in general, has exploded with opinion posts and articles. I’m not going to do any spoilers (I still loathe the person who ruined Prison Break for me) but I will say that after binge watching it in two days and reading numerous opinion pieces about it, I really am none the wiser… that said, it is definitely worth a watch, I think.

Trainwreck – I cannot articulate in a couple of sentences how brilliant and hilarious this film is, so just watch the trailer instead (here) and then watch the film. If you’re not familiar with Amy Schumer – rectify that immediately, she is LOLs.

Heartburn – I’m only 1/3 of the way through this so can’t offer up a full opinion, but if you’ve ever suffered from heartbreak or your parents separated, then I think this book is going to resonate with you pretty strongly. I got it used from Amazon for less than £3.

The Wrong Knickers – This is ideal reading if you’re a girl who’s had an eventful love life and made some (a lot of) questionable choices regarding men… in the words of Grazia; ‘it’s absurdly good’. 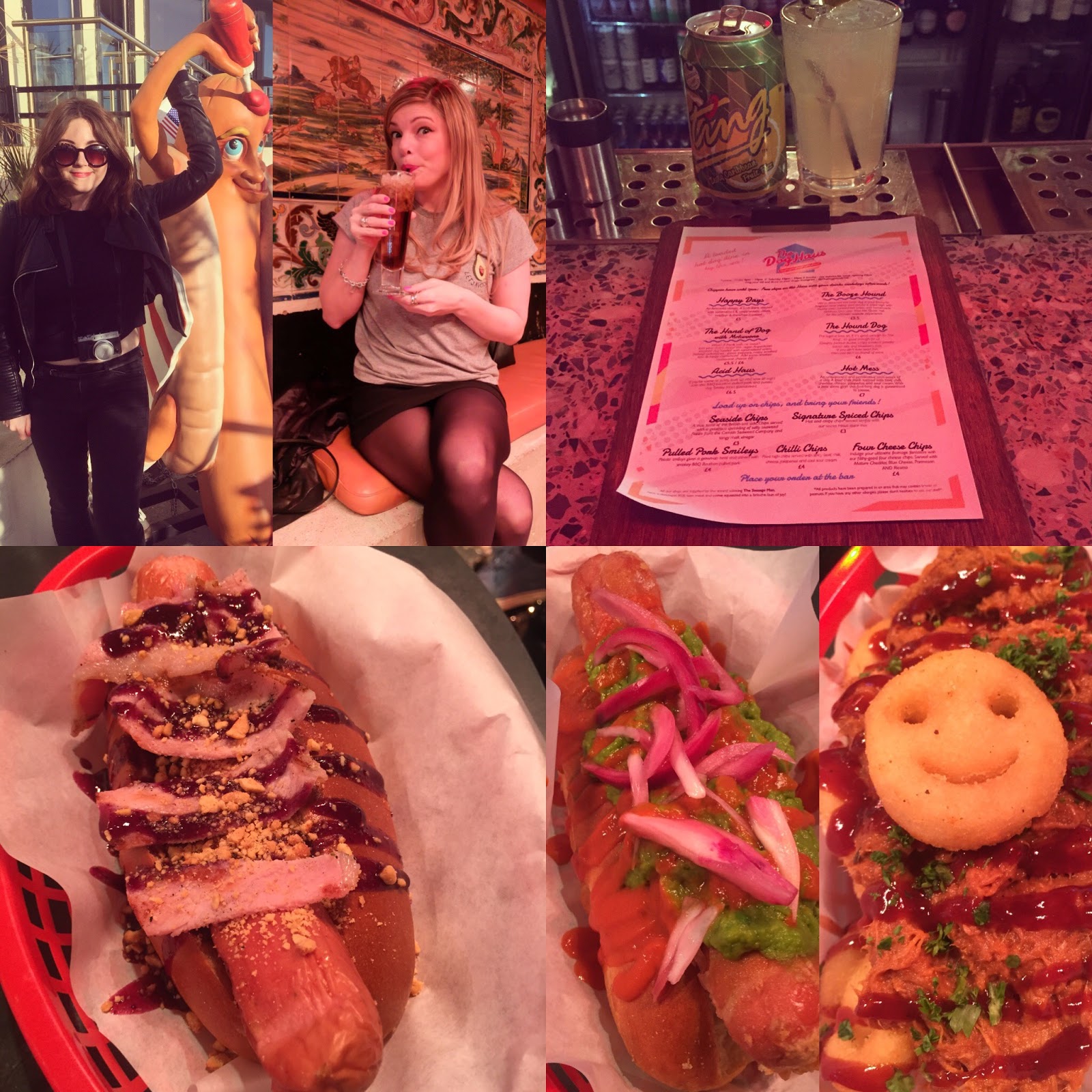 When I heard that a new gourmet hot dog place was launching above Patterns night club (formerly Audio) my only real thought was ‘hmmm, wonder where they’re putting the kitchen?’ then filed it under ‘I’ll probably visit one boozy afternoon in the summer’.

Then I received an invitation to the launch party, an email which boasted an actual sausage dog pageant and aerobics, as well as a shedload of food and booze – that was me sold. I took my BFF Jenna along with me too as she is also partial to a sausage fest (ho ho ho). We’re both lucky enough to go to lots of events through our respective blogs but we both agreed that this one in particular was brilliantly done and we had an absolute ball. 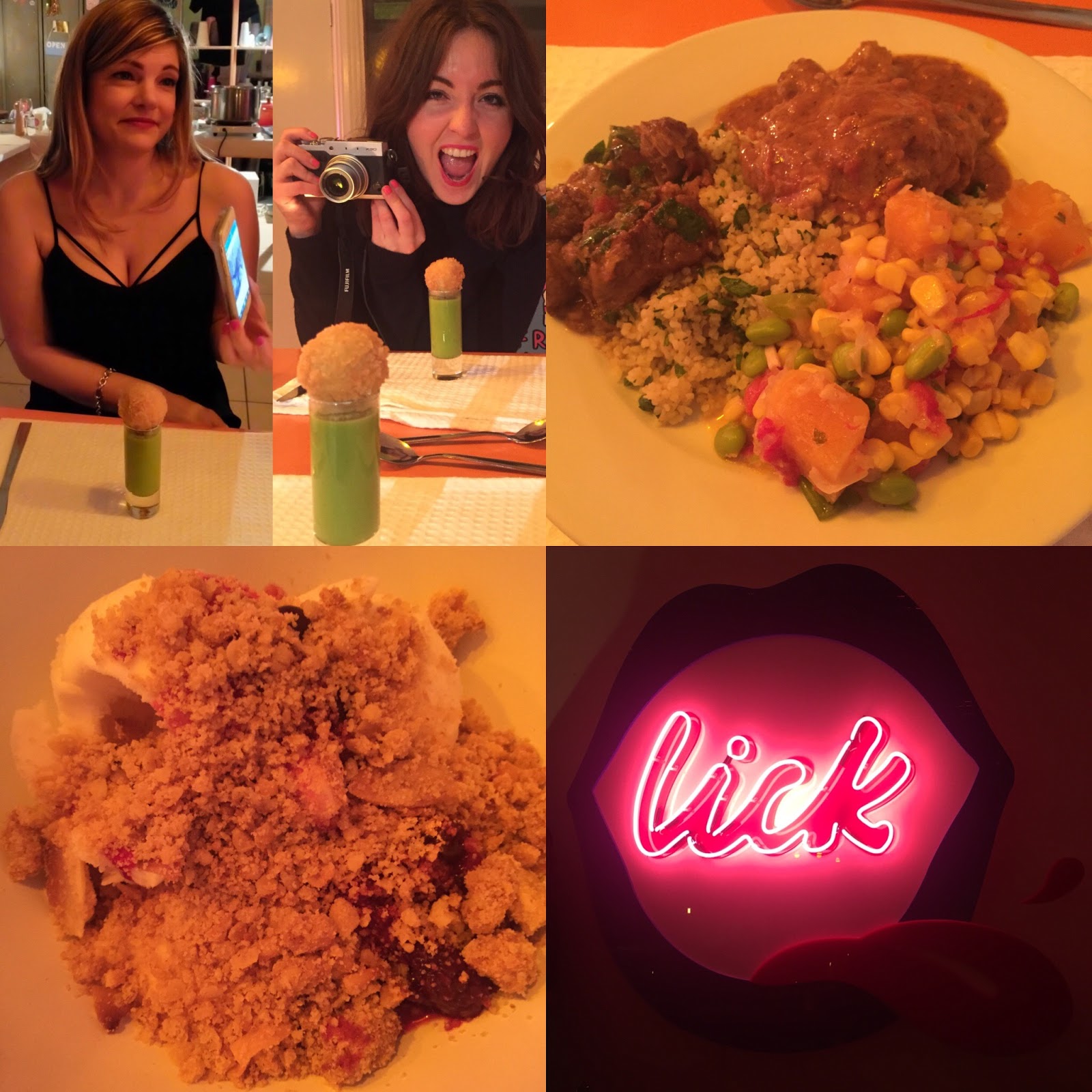 After an afternoon of hammering cocktails and consuming a lot of sausage, Jenna and I headed (wobbled) to Alan Rosenthal’s one pot supper club which was being hosted at Lick Yoghurt HQ, in North Laine. The venue itself is pretty cool and as well as being the home of the brand’s famous froyo, they also have a music label, yoga studio and the space is available for hire too. Check it out.

Jenna did a write up on the food at both events over on her blog, which you can read here. 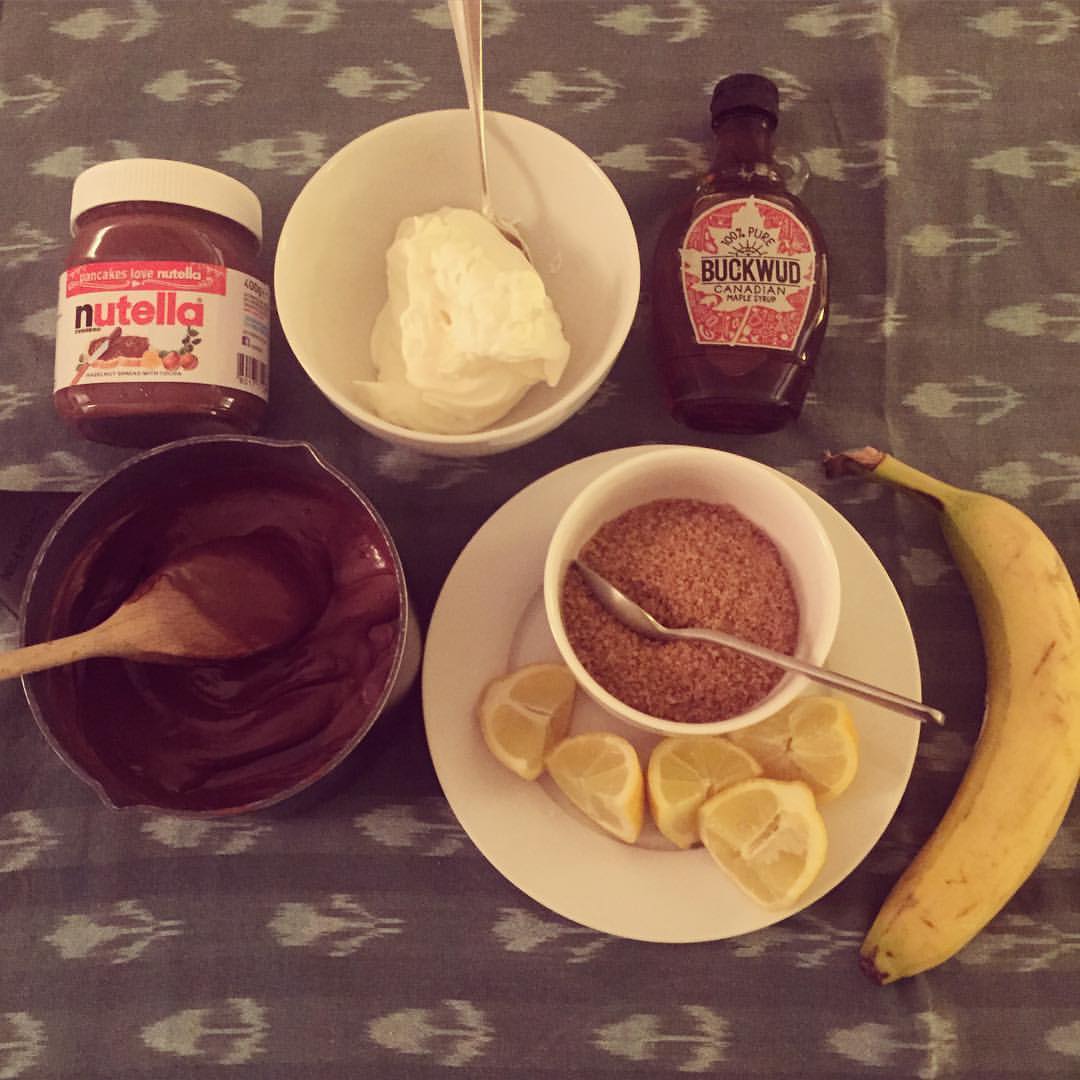 As you probably know I love Christmas, really love it, but Mumma P&P is allll about the pancakes. She used to make them every single Sunday morning without fail and I now kick myself for all the times I slept through/was still raving and missed out on them. I brought my flatmate with me too and we were spoilt rotten, with tuna steak and veg to start and then an endless stream of pancakes (I ate 10, oink) with all of the above, and they were glorious. 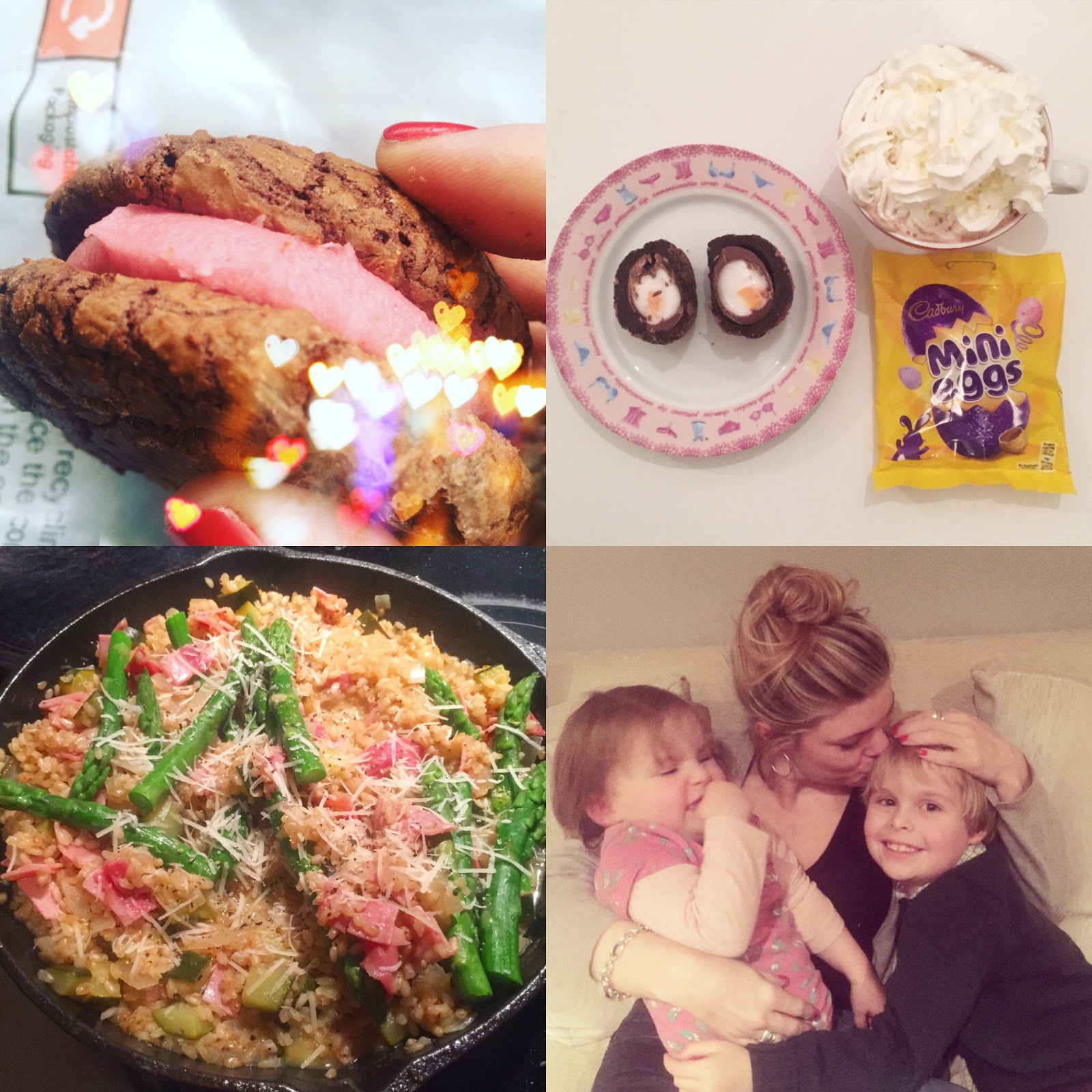 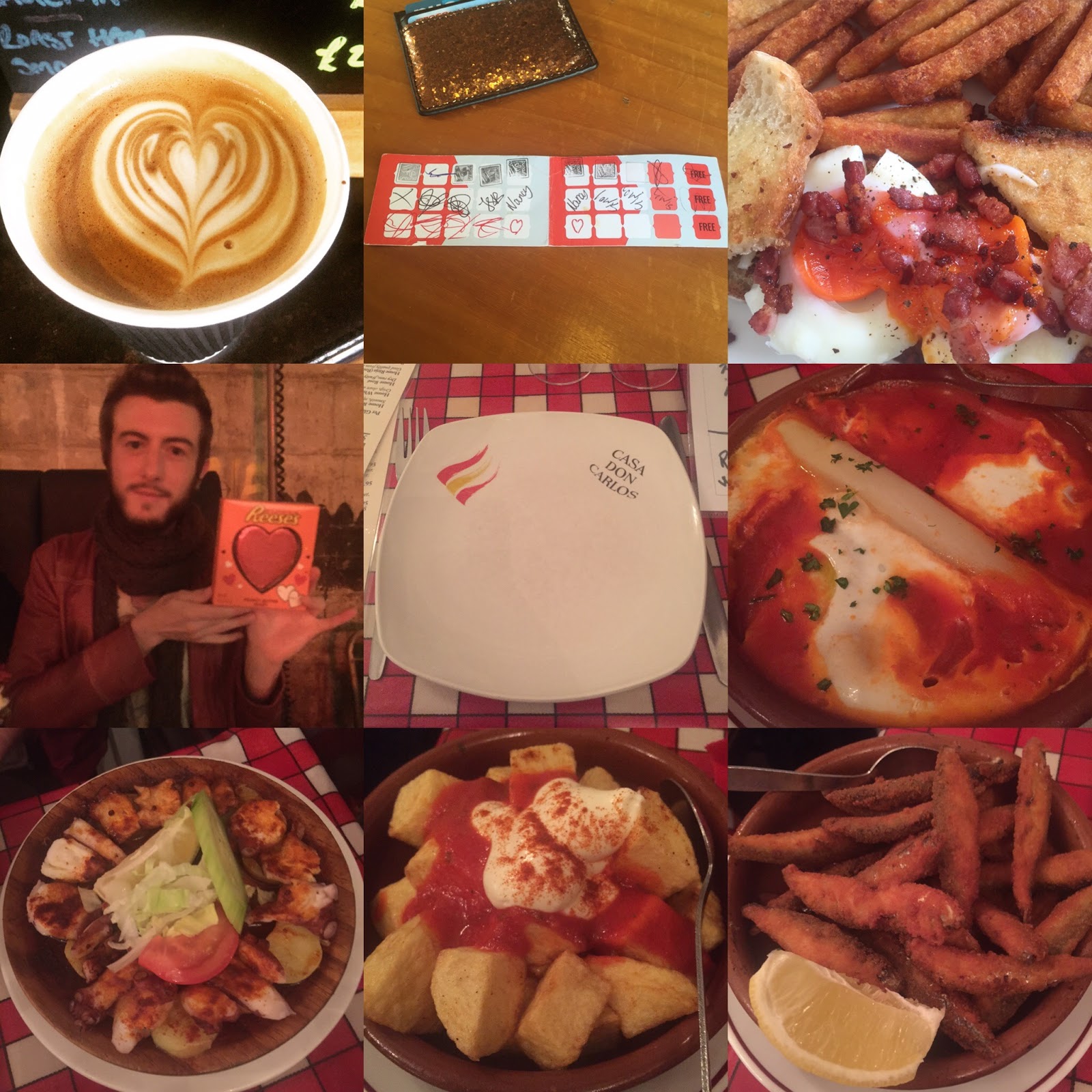 Valentine’s could’ve gone one of two ways for me – and thanks to my fabulous friends, it was, for the most part, a really lovely weekend. I went to Street Diner and bought all of the cake on Friday and then spent the evening with my best friends and god children, where I was plied with endless cuddles and one of the most delicious risottos I’ve ever eaten.

Valentine’s day itself became ‘Palentine’s day and my absolute babe of a friend Adam surprised me by booking a table at Casa don Carlos and taking me to a secret cinema screening beforehand. We got absolutely slaughtered on sangria and cava respectively and although I rather unkindly referred to it as ‘the Donatellos of tapas restaurants’, on Twitter in advance of my visit, the food was actually pretty good for what it was. Bonus points for the fact they didn’t nearly choke me with a piece of chicken bone like on my last visit too – read that review here . 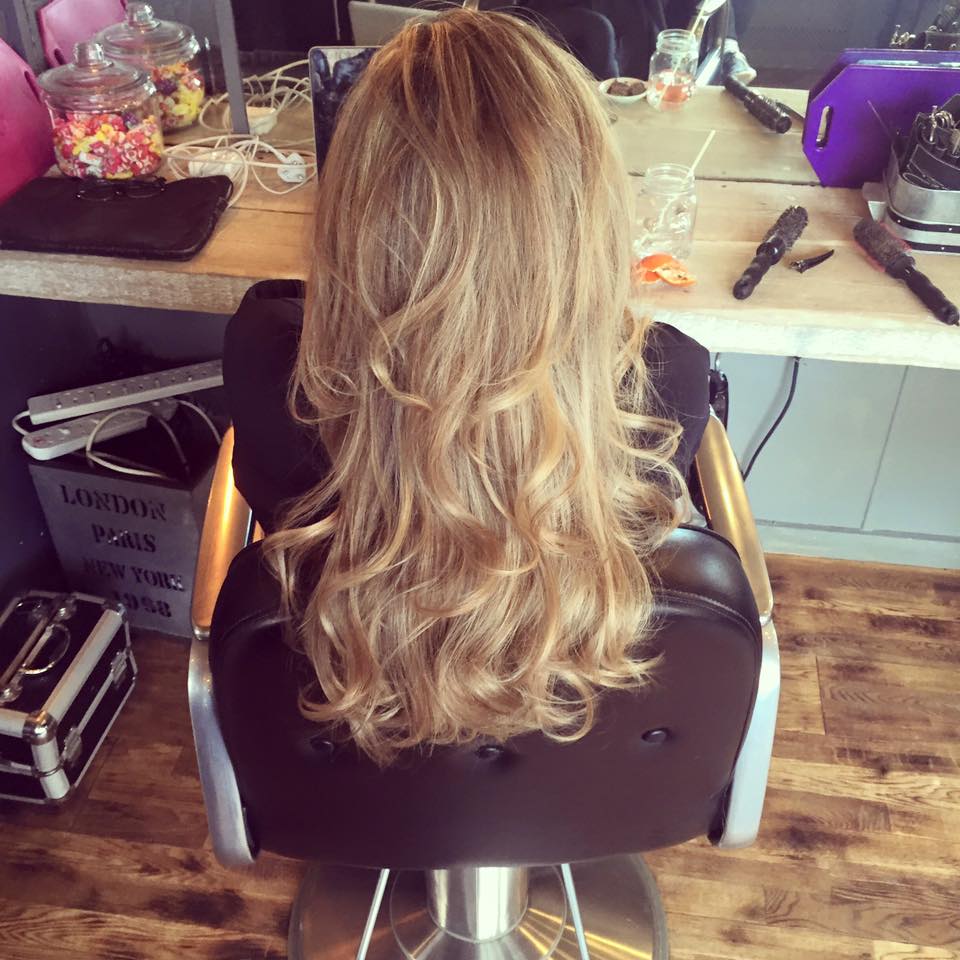 The bounciest blow-dry I’ve ever had

My long term hair colourist/pal/unofficial therapist has opened his own salon, in Kemp Town, and I could not be happier for him.  House of Hair is a joint venture between my Rob and his business partner Gary Forde, and I’m not (and never would) just say this because he’s my mate – but it’s the best salon, serves the best coffee (and biscuits) and you will  leave with hair that you cannot help but swooosh about like some sort of wannabe Pantene model.

You can find House of Hair in Kemp Town next to The Sidewinder pub and they’re also on Facebook, Twitter and Instagram. Standby appointments start at £25 for a cut and blow-dry. 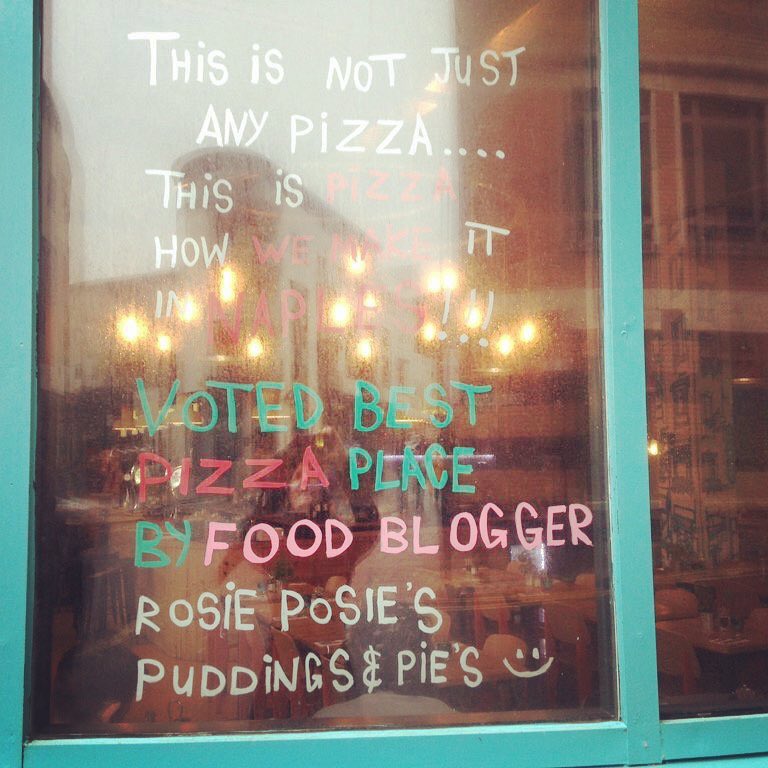 This made my day, thanks Nuposto 🙂

I could’ve added so many more things to this post but it’s already a bit of a beast as it is, but like I said at the beginning, I really will try to get back in the zone of posting these every Sunday again ASAP.

What have been your favourite things recently? What do you think about Making a Murderer? Post in the comments below or hit me up on any of my social networks (links below).