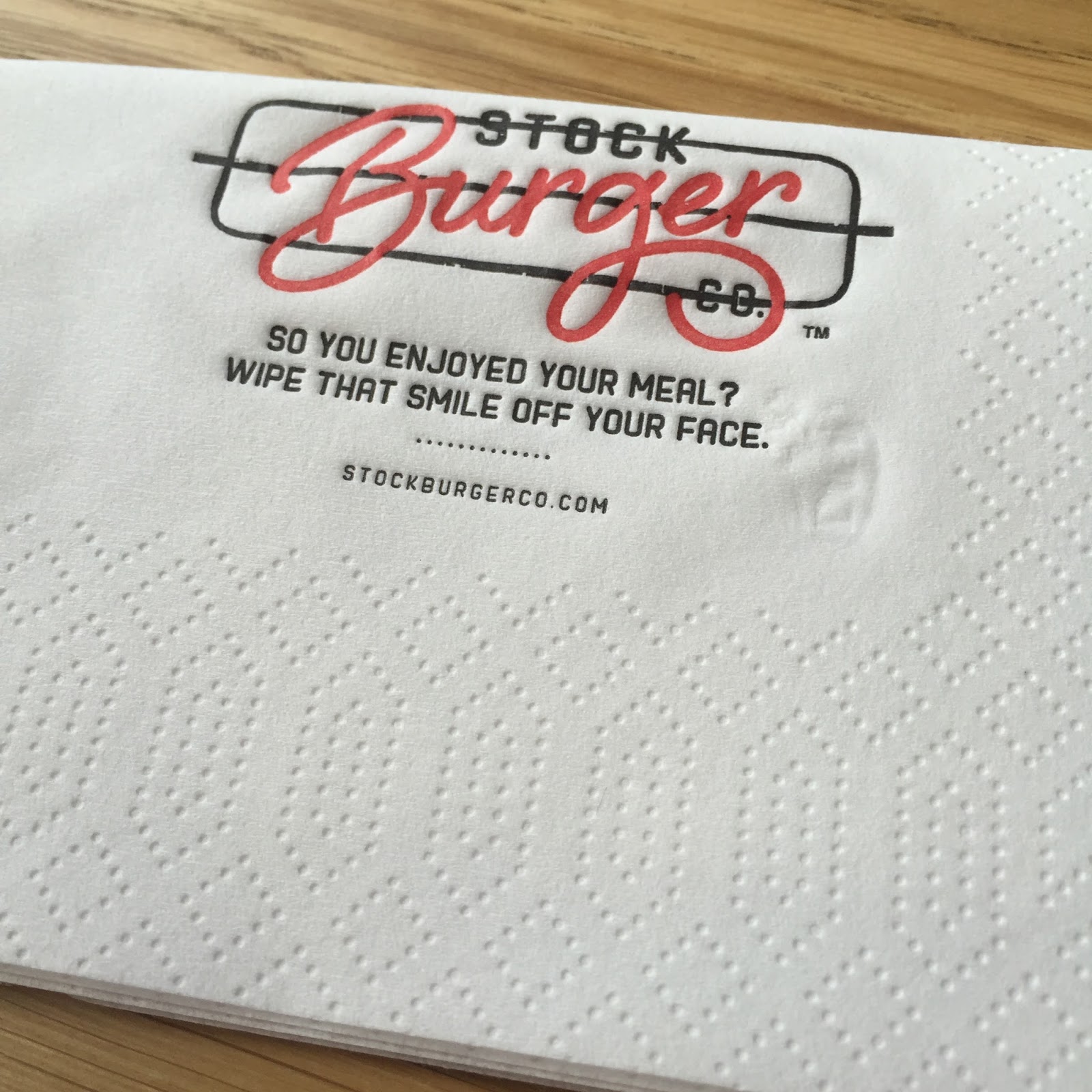 When I first received the press release about Stock Burger co, I clocked the fact it was attached to The Holiday Inn, AKA the ugliest tower block hotel in Brighton, and immediately filed it under, meh/it’ll never work, and then promptly forgot all about it.

I didn’t go to the launch, and was quite glad after hearing reports of questionable service and running out of food. This was followed up by a couple of less than favourable write-ups during their soft launch (50% off), so I declined the invitation to go in for a review meal, telling the very lovely PR girl that I’d come back in a few months once they’d ironed out any teething problems.

A few months passed and the opportunity arose to visit with a friend of mine who was doing a recce of some of the more recent openings in Brighton, so after a disappointing brunch at Union deli, we headed to the seafront hoping for a more successful round two. 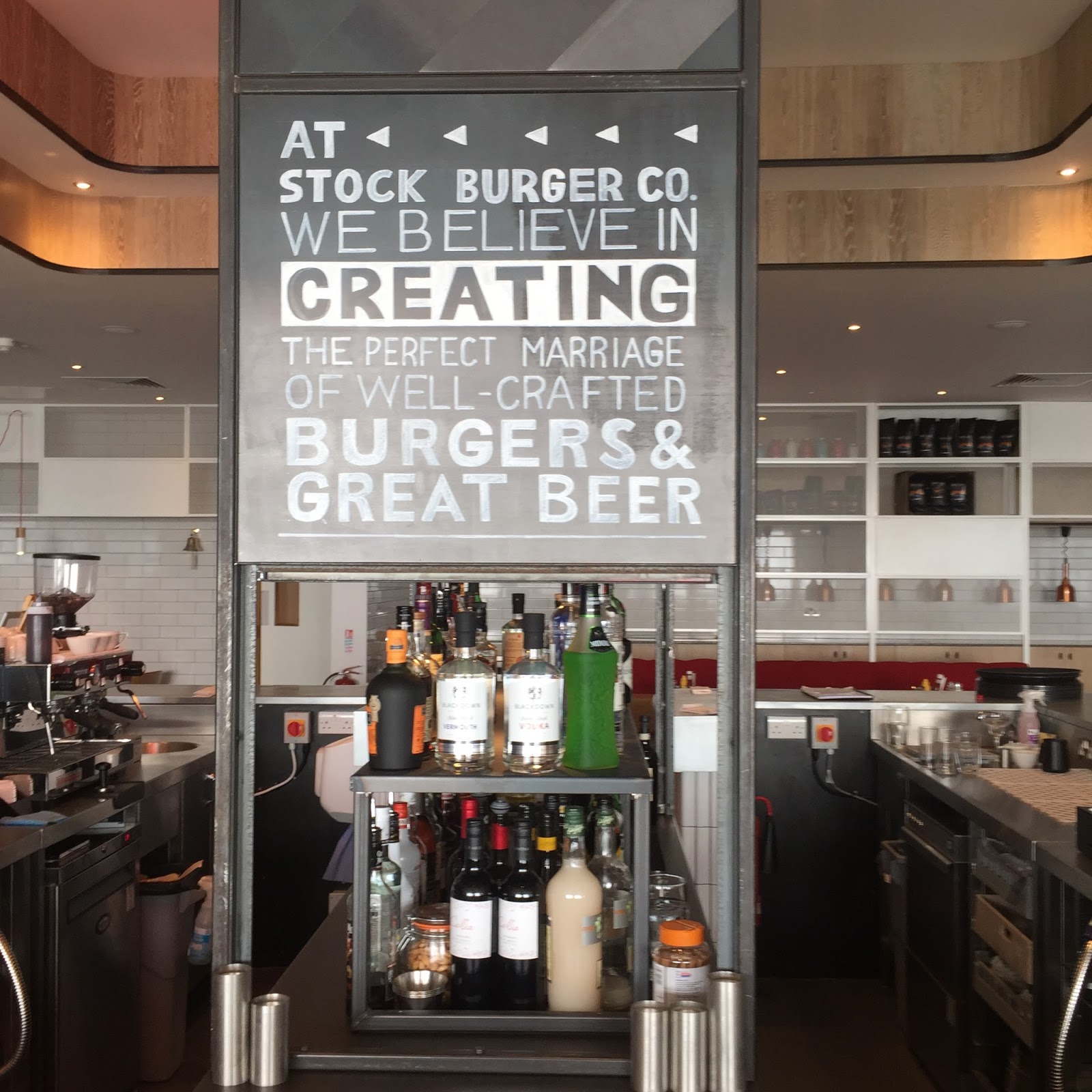 I didn’t have beer, but read on for my thoughts on the burgers… 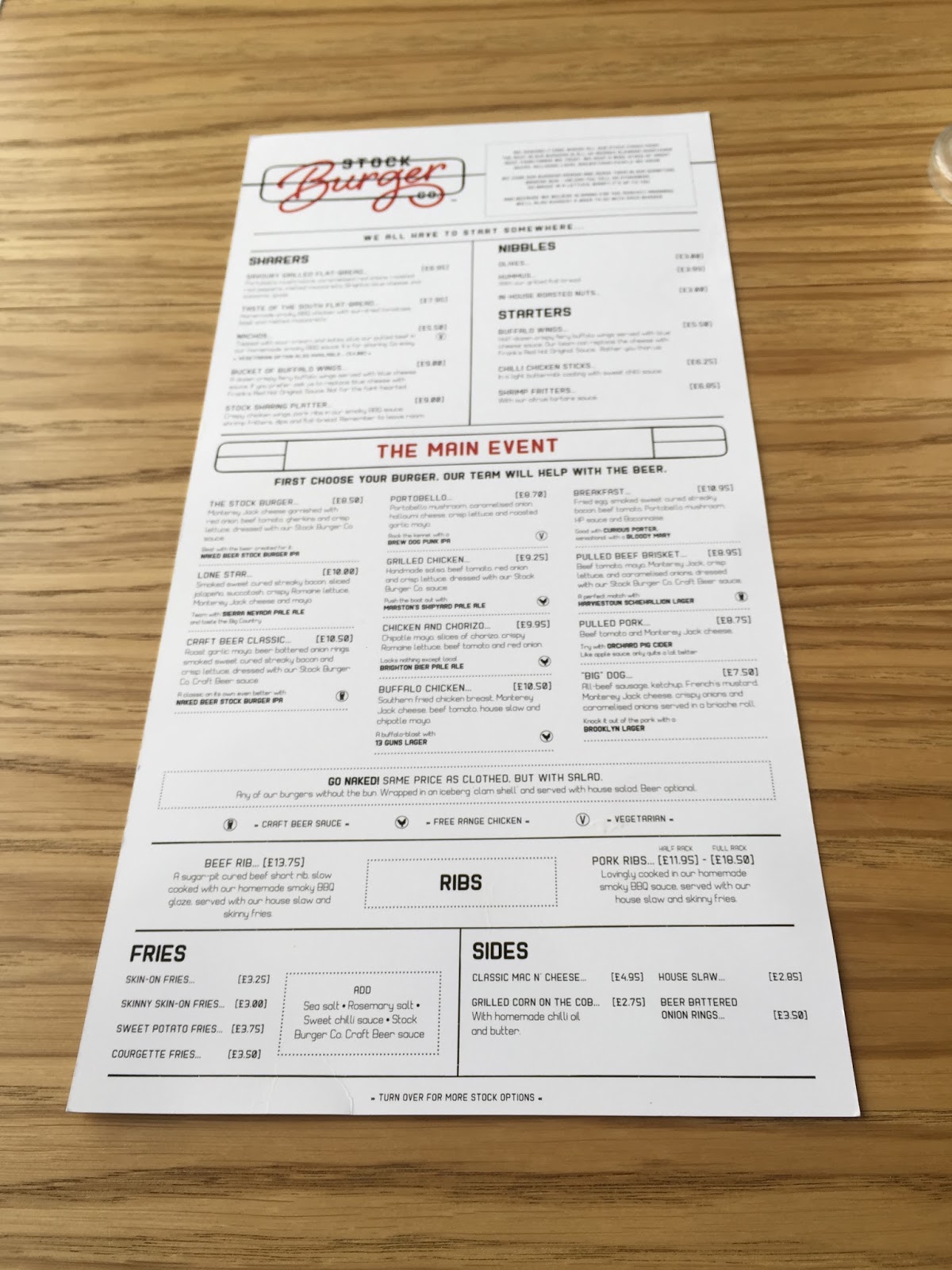 The menu, as the restaurant’s name would suggest, is centred around burgers and other than the token Portobello burger and sides, there’s not really any sort of nod to a vegetarian or vegan audience, at all. 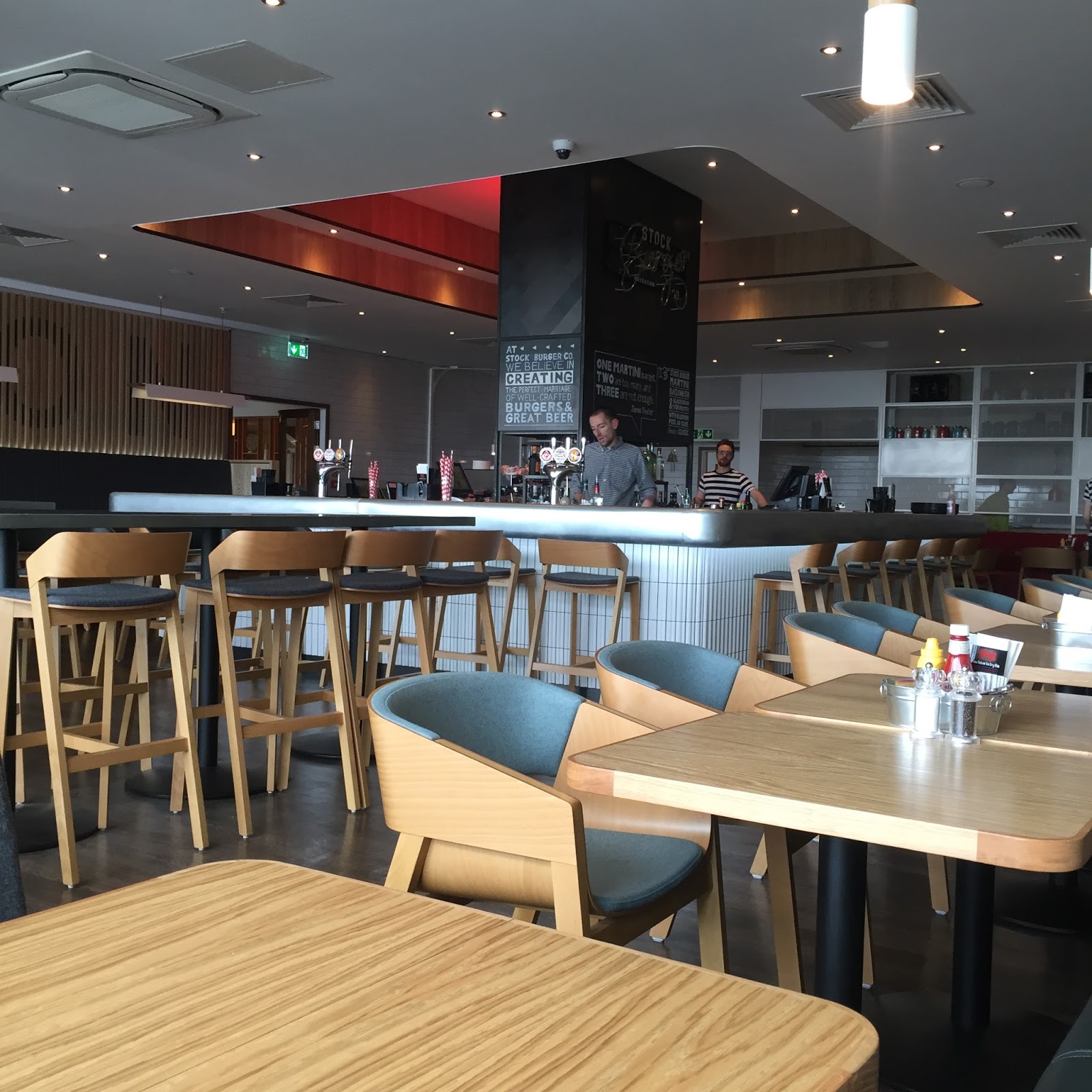 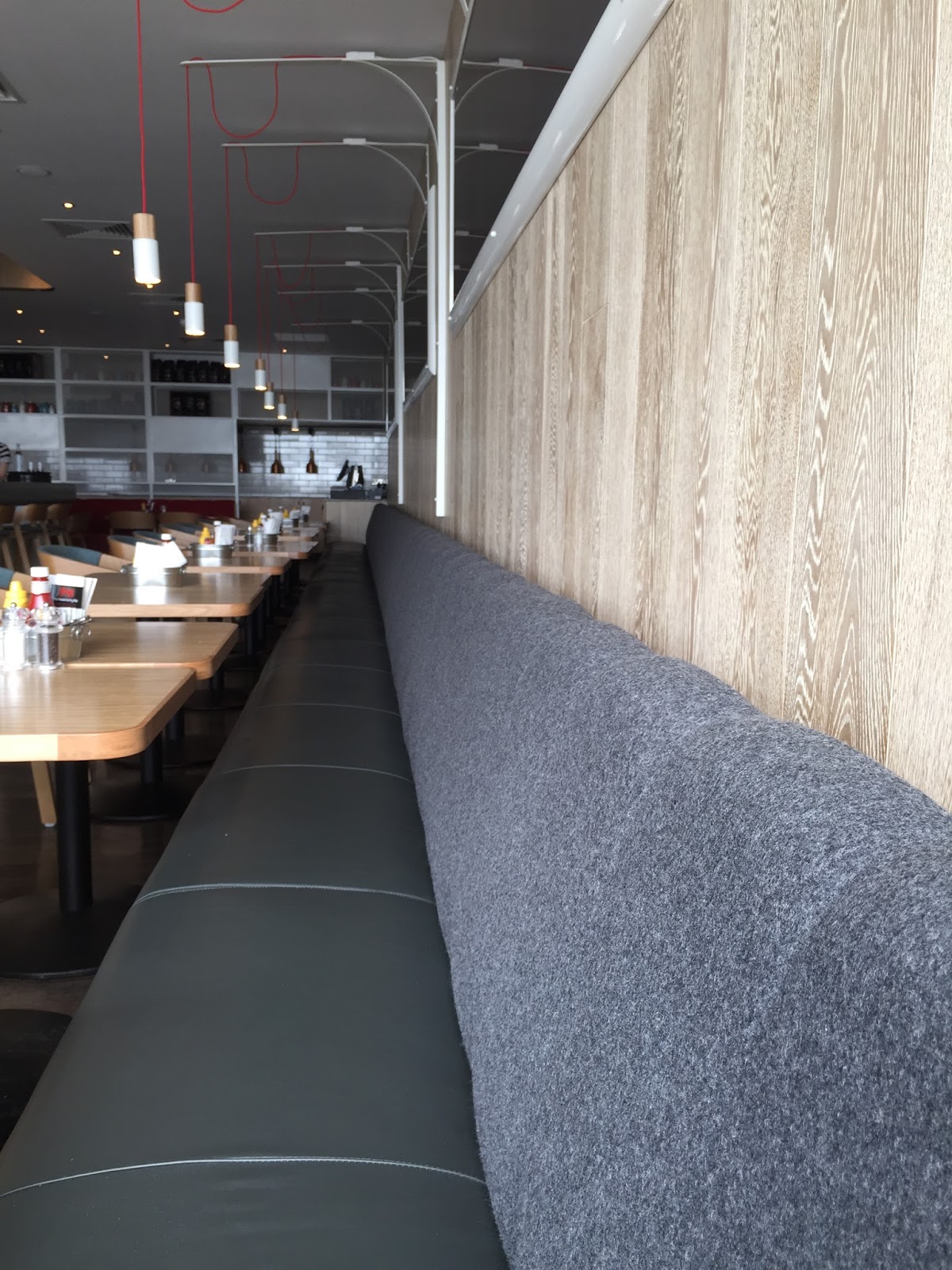 We visited on Easter Saturday at about 1:30pm and were the only customers in there, for the hour that we stayed… this sounded warning bells and klaxons for me, immediately.

As there’s extensive renovations going on at the front of the building, the guests seemed to be using the restaurant to access the hotel’s foyer, and by the end of our visit I actually felt sorry for the super keen staff who greeted them hopefully, every time the door opened.

They’d obviously spent a fair bit on the interior, and I quite liked it, but I think they might have been better advised reallocating part of the budget for some adequate signage… 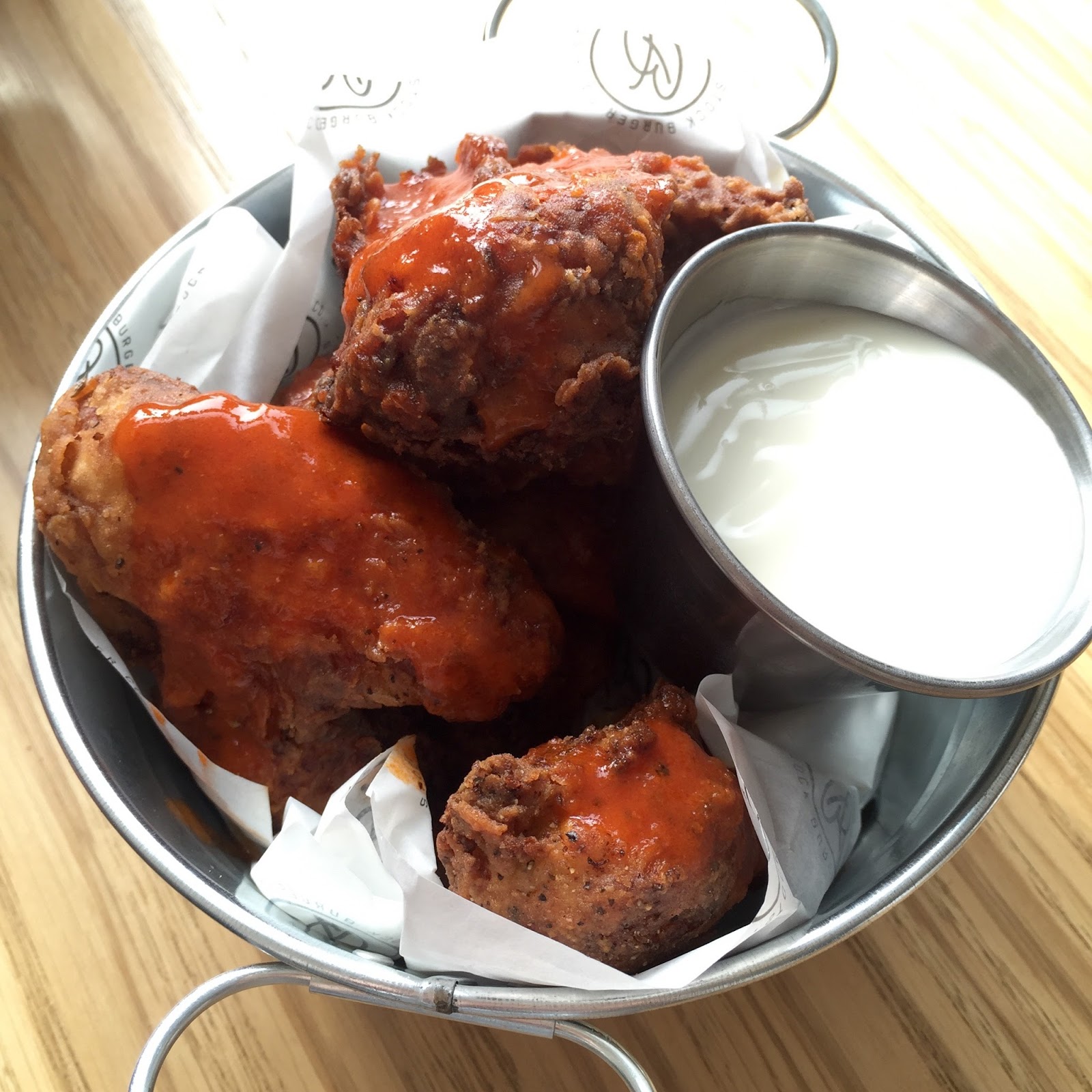 I seem to have spoken about wings a lot on my blog recently, citing the bingo wings at MEATliquor as the barometer against which all others are measured… sadly these didn’t even come close.  The (albeit crispy) batter tasted exclusively of the oil in which they were fried and the sauce was just standard – not inedible, but definitely not worth recommending.

The dip that came with them was the worst bit of all, it was as though someone had blended up a tangy but sweet caesar salad dressing, with a thimbleful of blue cheese… it was a shame really, as had that’ve been nicer it might have slightly disguised the oily flavour of the wings. 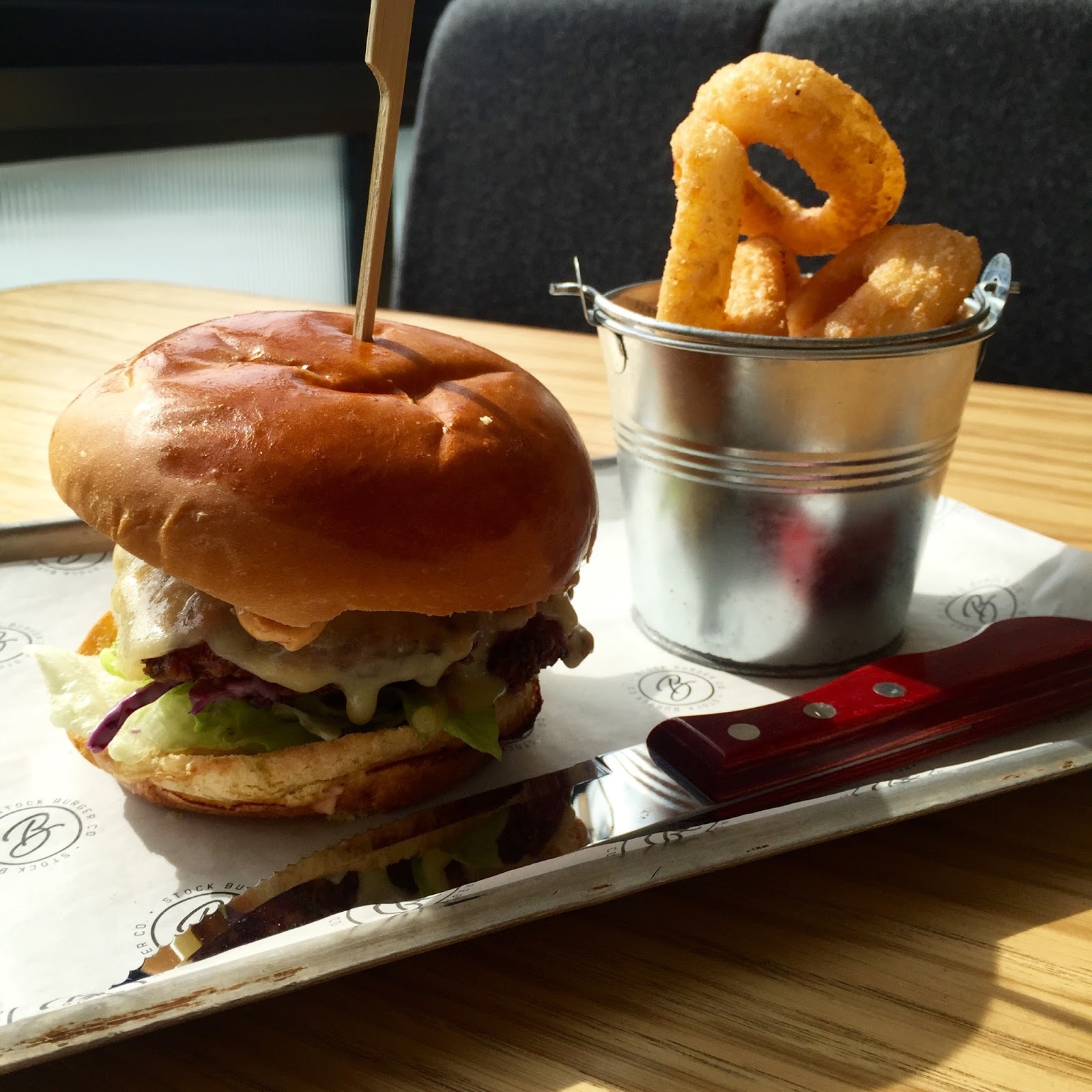 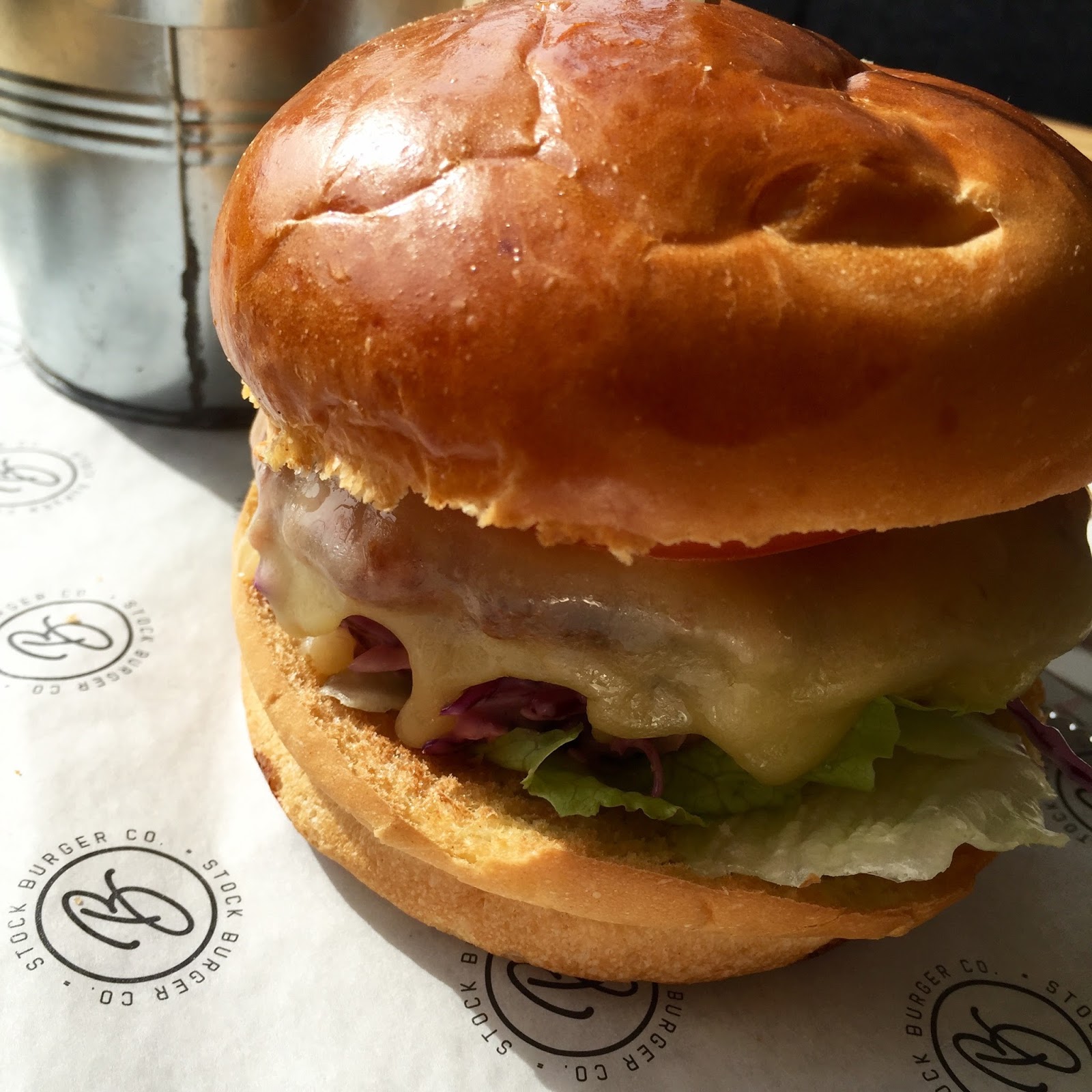 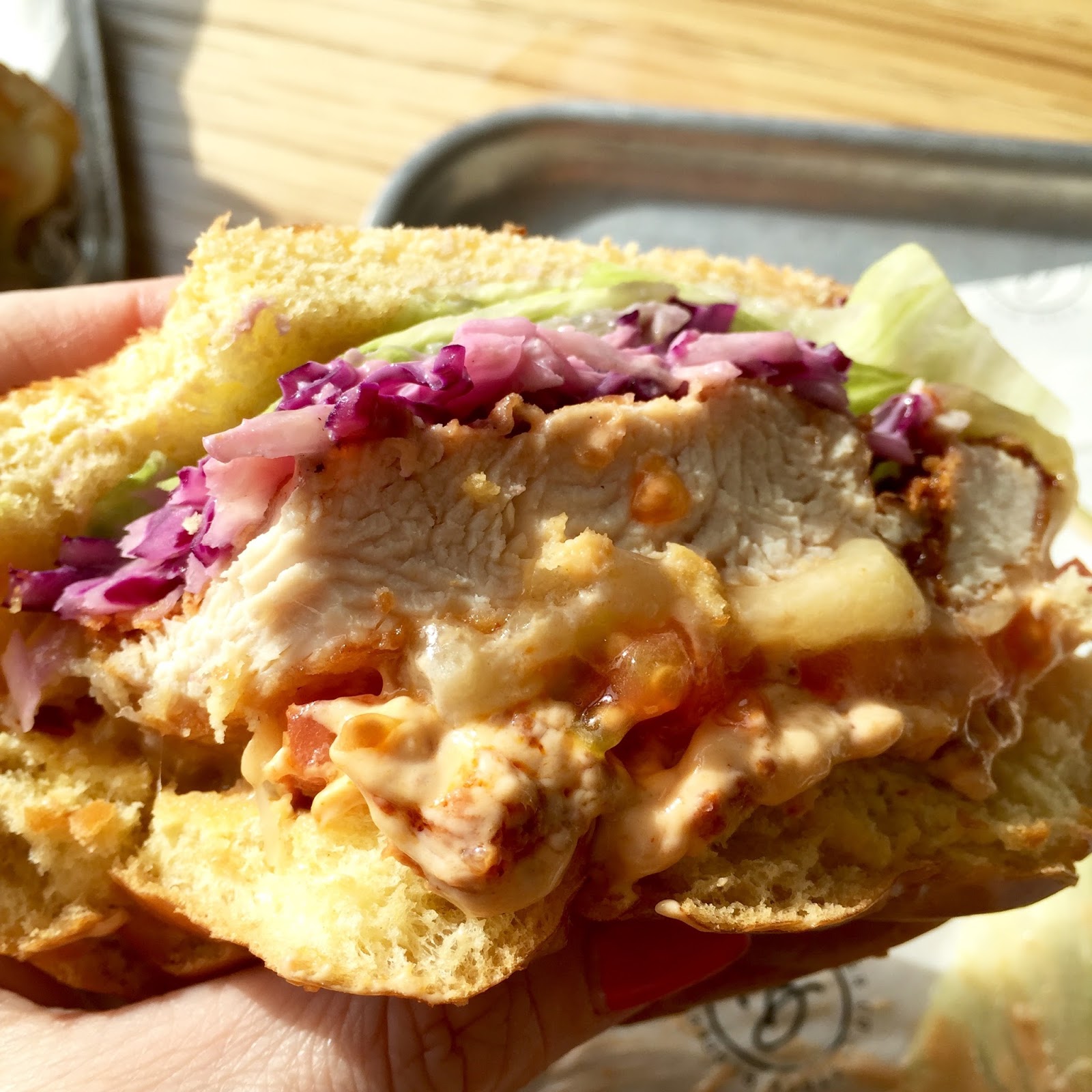 This, believe it or not, was a buffalo burger… hard to tell under it’s swathe of melted cheese. They might as well drop the buffalo from the title as well, as that implies that there’ll be some sort of kick to it… wrong. The only nod at any kind of spice was the chipotle mayonnaise, which, you couldn’t even taste due to the large amount of ‘house slaw’ AKA un-dressed and bitter, shredded red cabbage. At least the chicken was free range though.

The onion rings (£3.50), were encased in about triple the amount of batter required to make them enjoyable, and they too, like the wings, tasted of little else than the oil in which they were cooked. 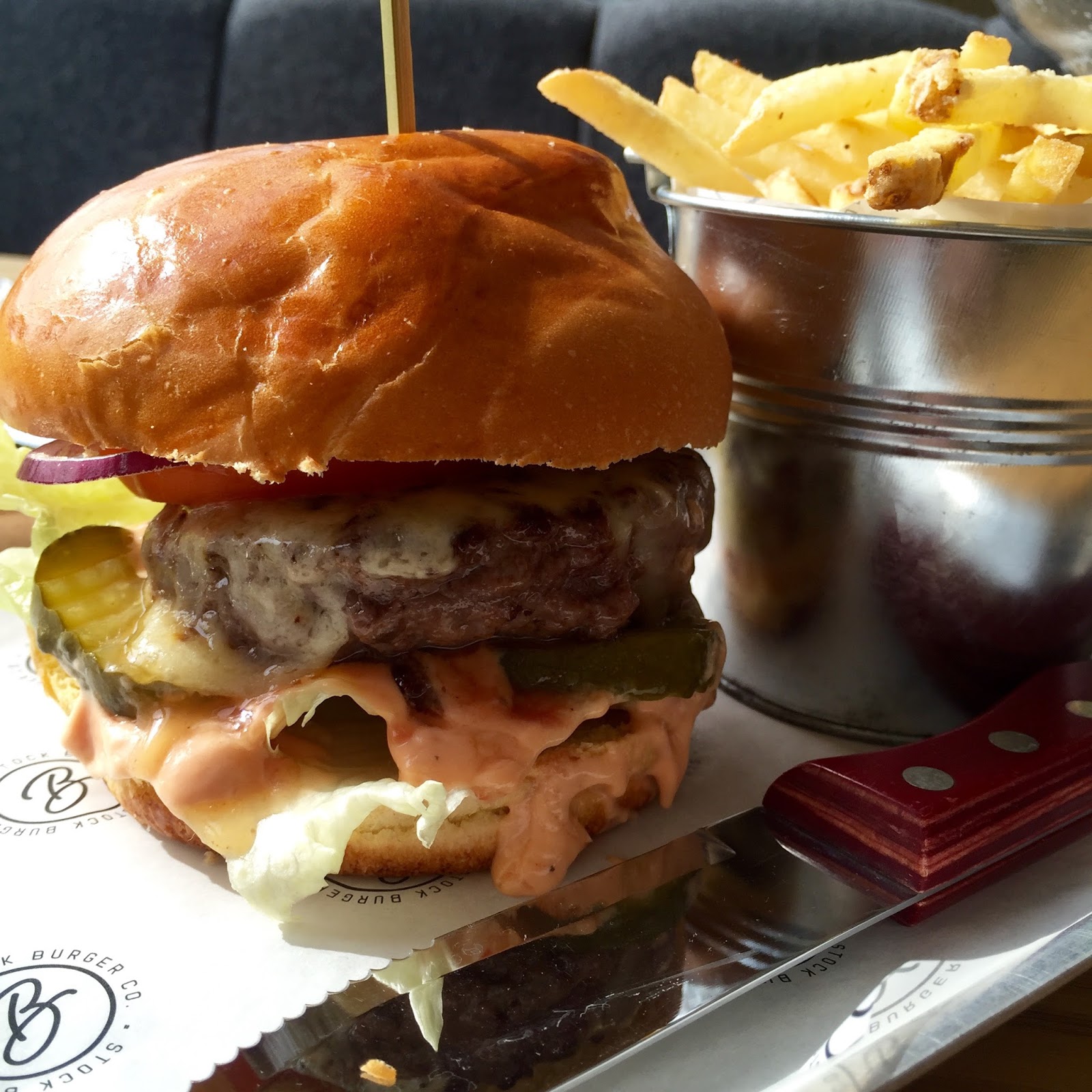 With both our main courses, the buns were absolutely, unequivocally the best bit.  I like the fact that they’d gone to the trouble of melting the cheese onto the burger, and if I’m really scratching around for more positives, the pickle slices were pleasingly chunky.

The most remarkable thing about the burger though, was how the patty itself was devoid of any flavour, whatsoever.  The burger sauce in which it was slathered was all wrong. It was (I think) a mixture of ketchup, mayo and something cloying and sweet – neither of us were fans.

Perhaps it was my failing for not having married my burger with a great beer, as per their mission statement… I’m not sure what type of beer would complement the taste of absolutely nothing though. 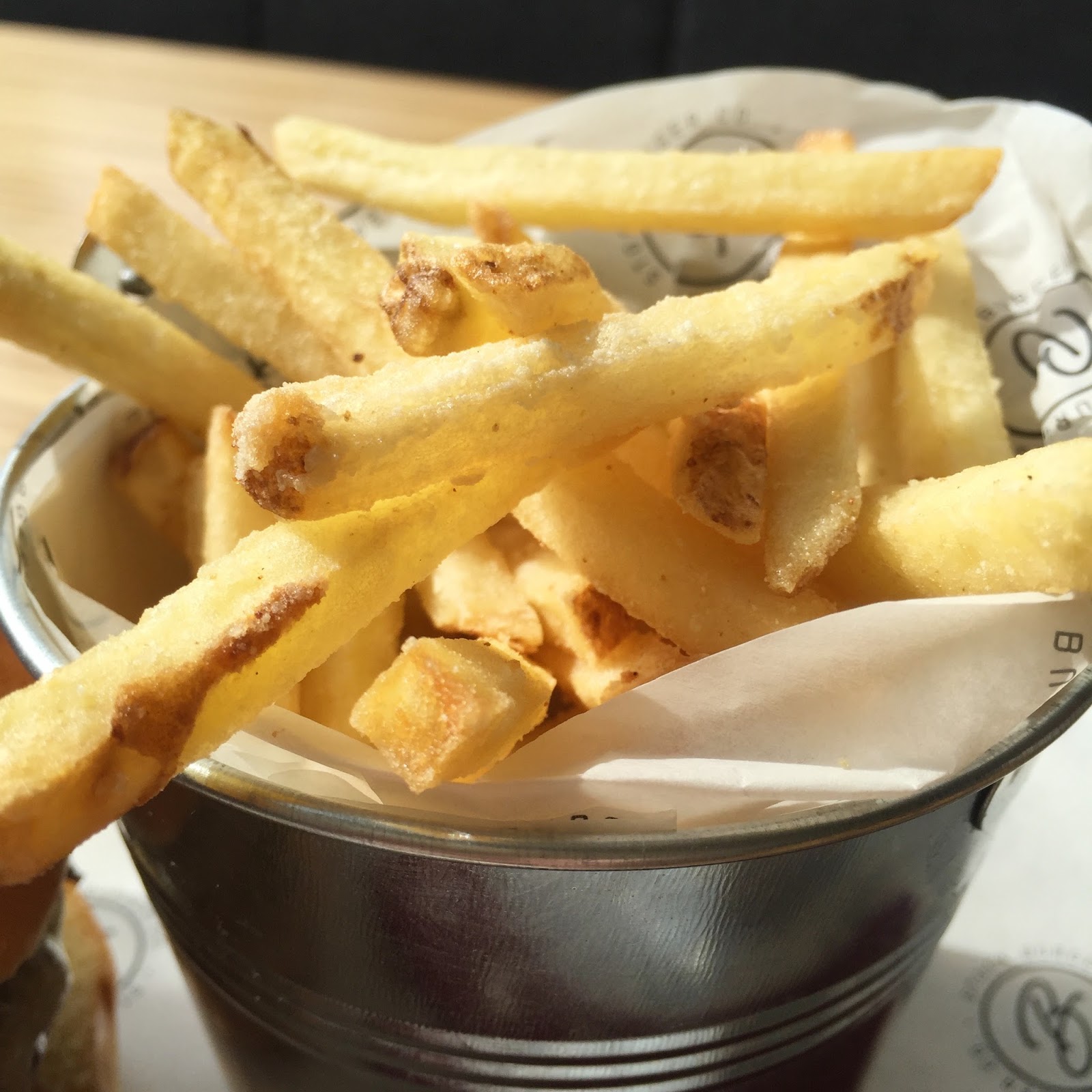 We opted for the skin on fries, and had they have been shown about another 60 seconds in the frier, they’d have been good, but as it was they were like chewing on bits of liberally salted, fried cardboard. 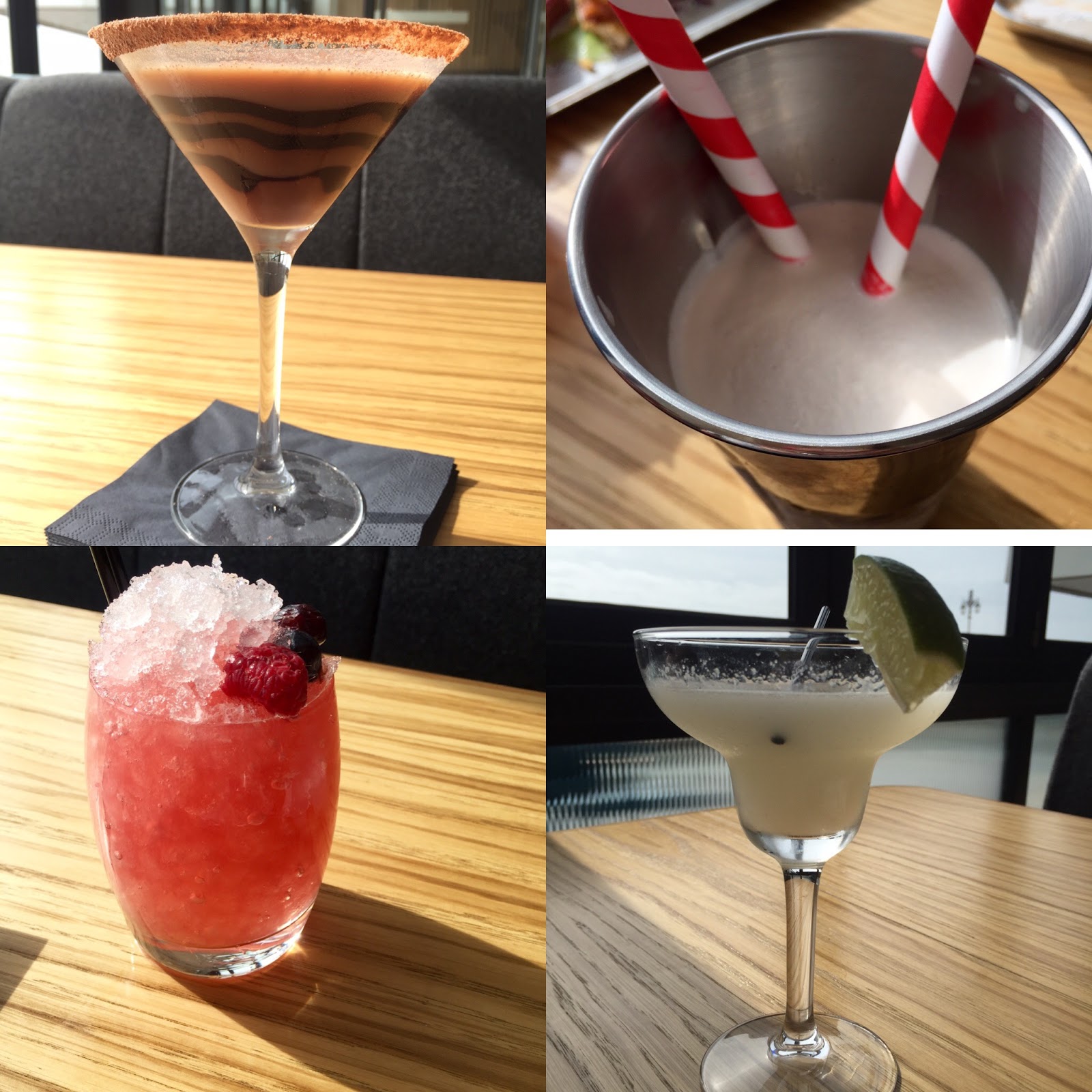 The cocktails, along with the lovely waitress who served them, and the brioche buns, were the highlights of the meal. All priced at a fairly standard £7.50-£8, they didn’t scrimp on the booze, and a glance at the bar told me they used the premium stuff too. 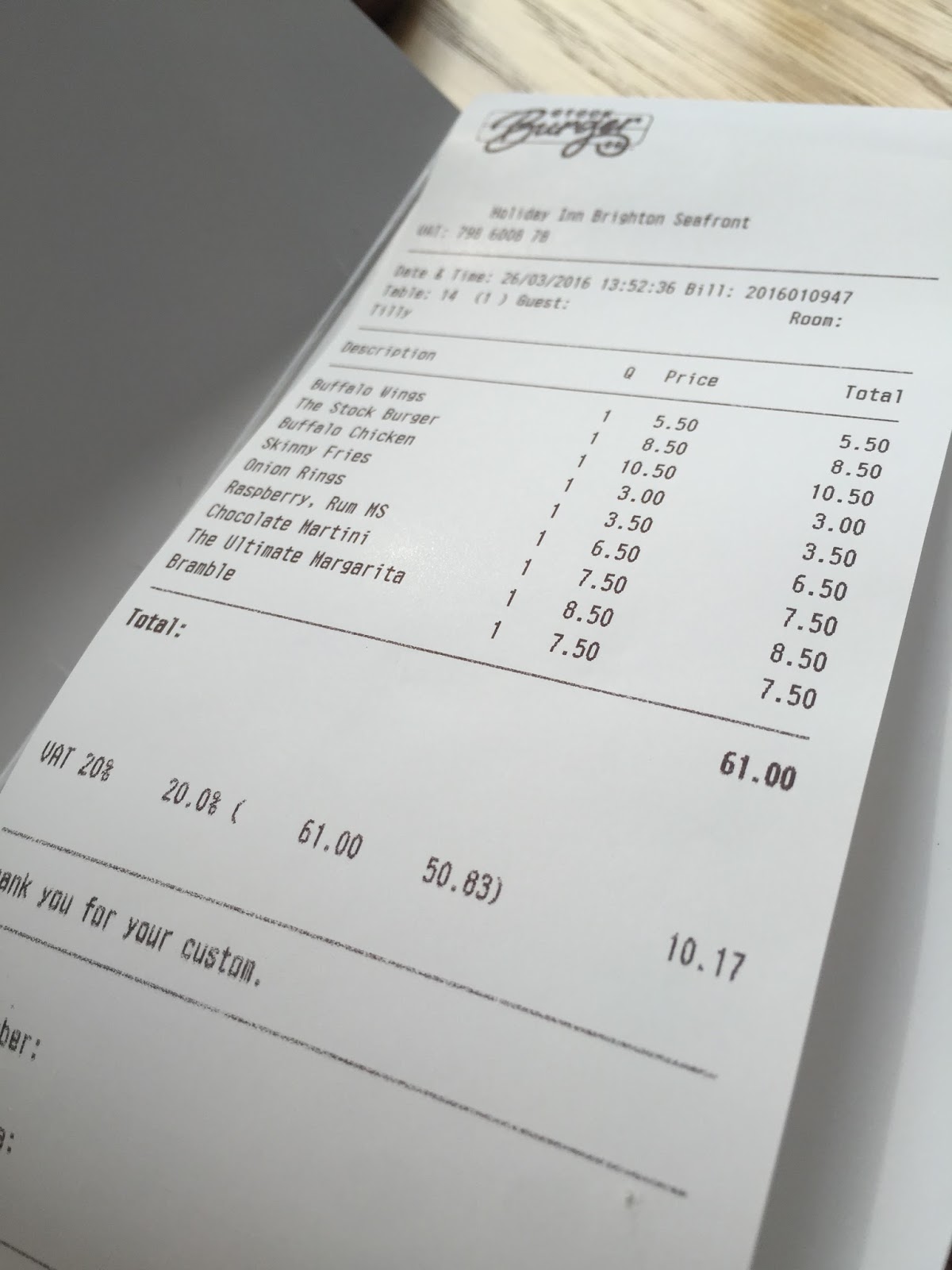 So all in all Stock Burger co lived down to my expectations. Unless they do something creative (and possibly cut-price) to lure in the guests from the concrete maze to which they’re attached, I think they’re going to struggle, a lot. The location is doing them no favours at all, and even if they were to get some customers, I can’t see them rushing back if they’re served the same tasteless and inaccurately cooked food we were. I won’t be visiting again in a hurry.

Have you been to Stock Burger co?  Where do you think the best burger in Brighton is? Please do post your suggestions in the comments section below or hit me up on social media – links below.


*any meals which were free of charge are clearly stated or marked with an asterisk, you can read my full disclaimer here.