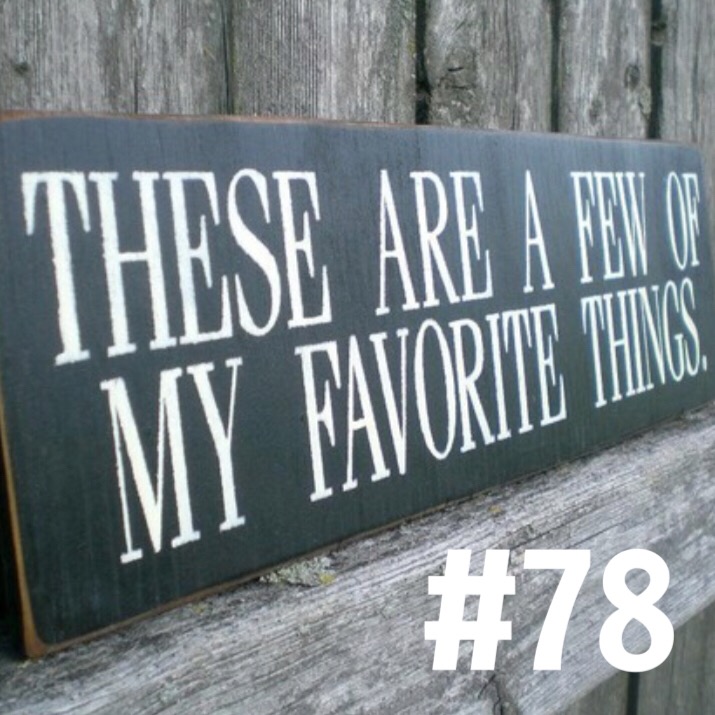 I’m in a bad mood tonight. Sunday nights aren’t my bag anyway, but I’ve had most of my weekend ruined by a bastard migraine. Hair appointment – cancelled. Being taken out for dinner – cancelled. Amount of prescription painkillers consumed – vast. I still don’t feel entirely better but I’m doing my best to cheer myself up with chocolate sandwiches (don’t judge me), clean sheets and a Disney film. Also, writing this post – to remind myself of how incredibly lucky I am, and that it’s just a bad day, not a bad life.

Moan over, let’s get to the positive stuff. 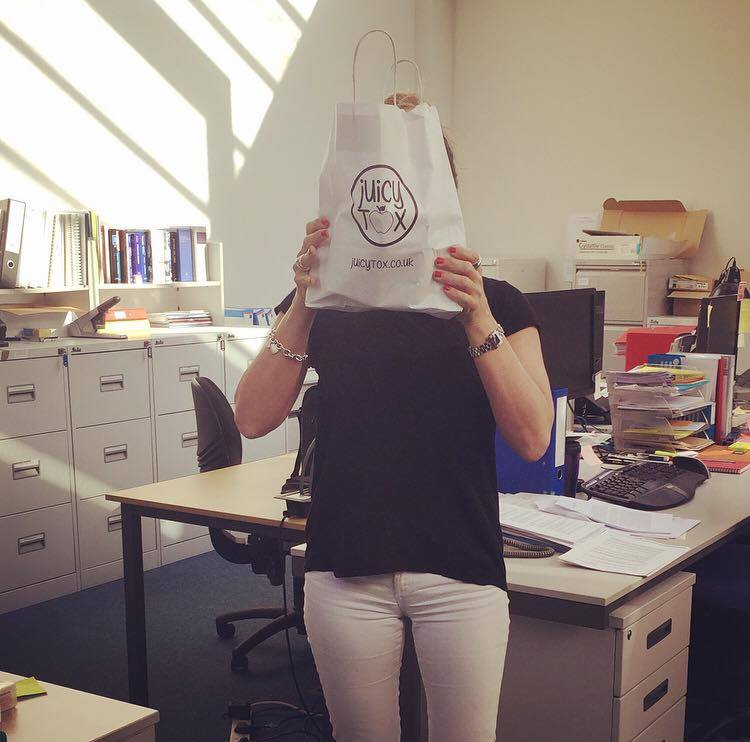 Those of you who have been with me for a while will remember that this time last year I was challenged to do a juice cleanse by a local company called Juicytox, and after a lot of umming and aaahing I accepted. They contacted me again recently to see if I was interested in road-testing their new Platinum Cleanse, and after a particularly gluttonous few weeks, I gave in and agreed.

The first time I did it as an experiment really, but this time around I’m doing it because I remember how great it made me feel and because I’m back on the fizzy drinks in a big way, and it needs to stop. I’ve already had a lot of people on my case about how it’s ‘impossible to detox your body’ etc, but I’ll say to you what I said to them; I felt massive benefits from doing it last time, it isn’t about detoxing, it’s about giving my system a rest from excessive eating, caffeine consumption and hopefully getting my ruined sleeping pattern back in some sort of order. I start Tuesday #prayforrosie.

I’ll be writing a full post about it again after, but give me a follow on Twitter and Instagram to keep up with my progress… and my complaining. Check out my review of their Premium Cleanse here. 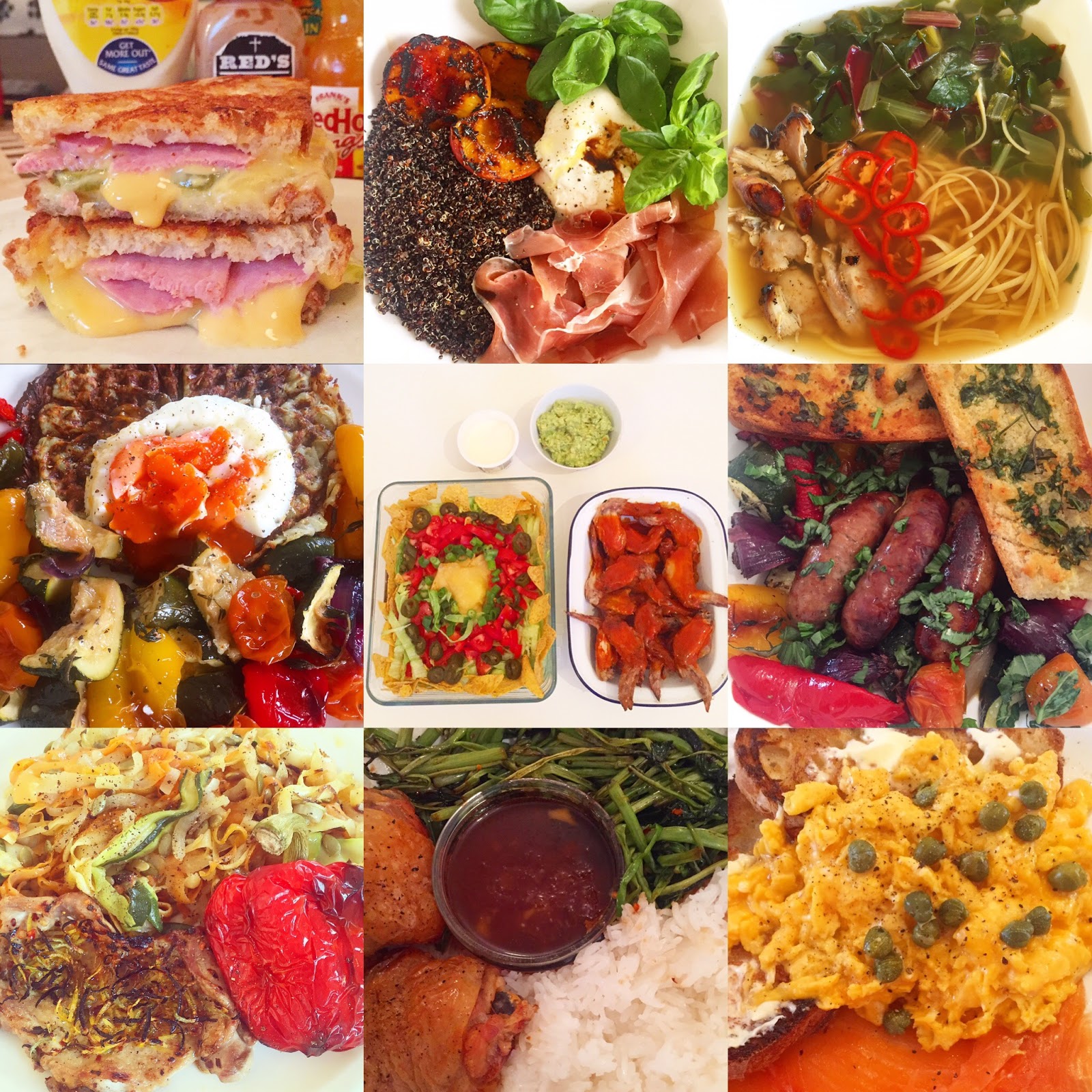 It’s been a week of eating, not that it isn’t always, but the last fortnight or so has been particularly food-heavy.  National grilled cheese sandwich day was celebrated in full force round here (top left) provoking a lengthy talking-to from my Mum about my arteries and cholesterol… this may or may have been a catalyst for me agreeing to do another juice cleanse. I can handle a lot of things, but I crumble when it comes to my Old Dear’s disapproval. 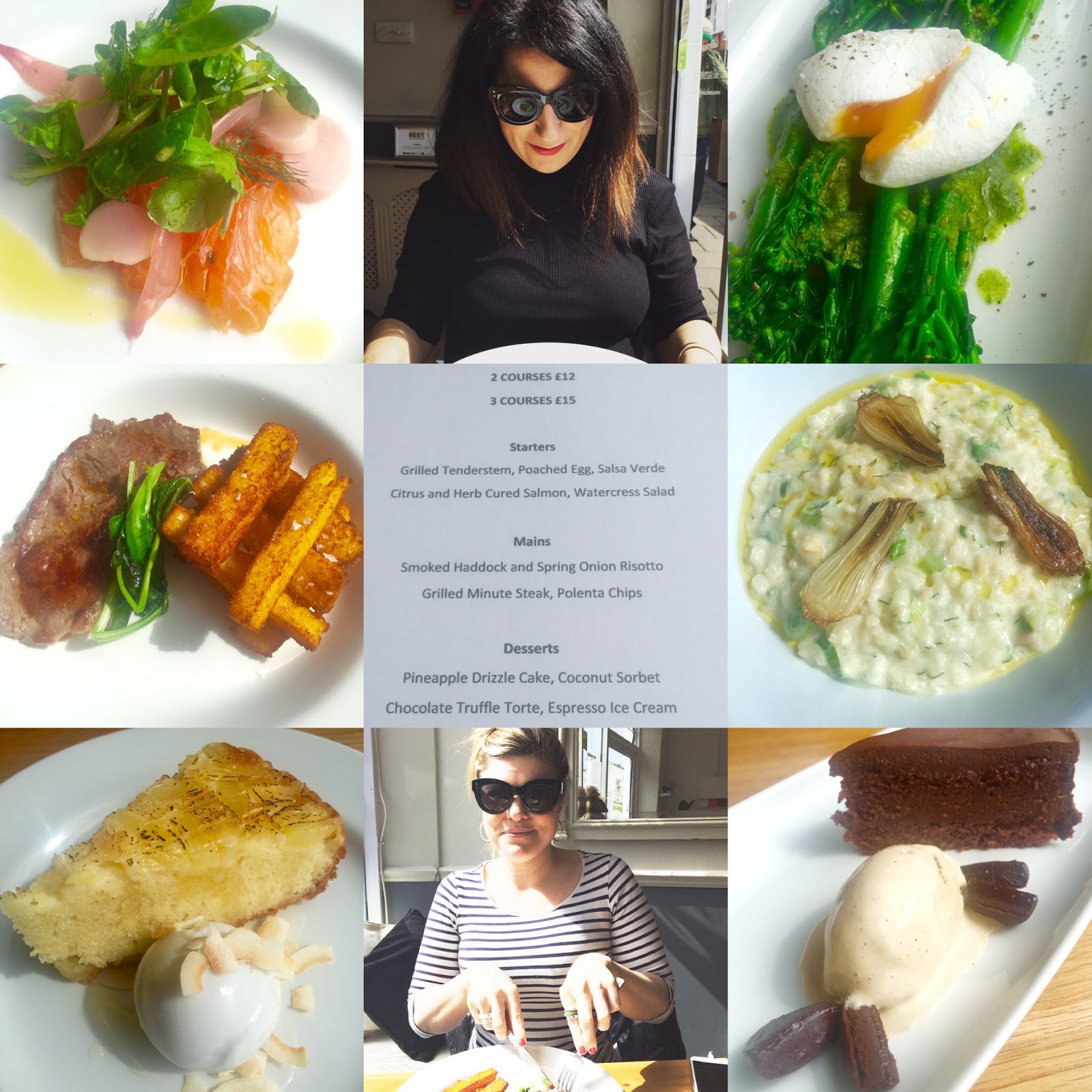 I’m putting together a round up post on lunch deals available across Brighton and Hove(actually) and last week I visited Semolina for their insanely good value three course set menu. I’ll be posting a full review shortly, but it was SO good I just had to give it a mention in my favourite things as well. The set menu I had changes weekly, the Bistro menu looks fabulous and I’ll be heading back down there for one of their Sunday roasts, ASAP too. 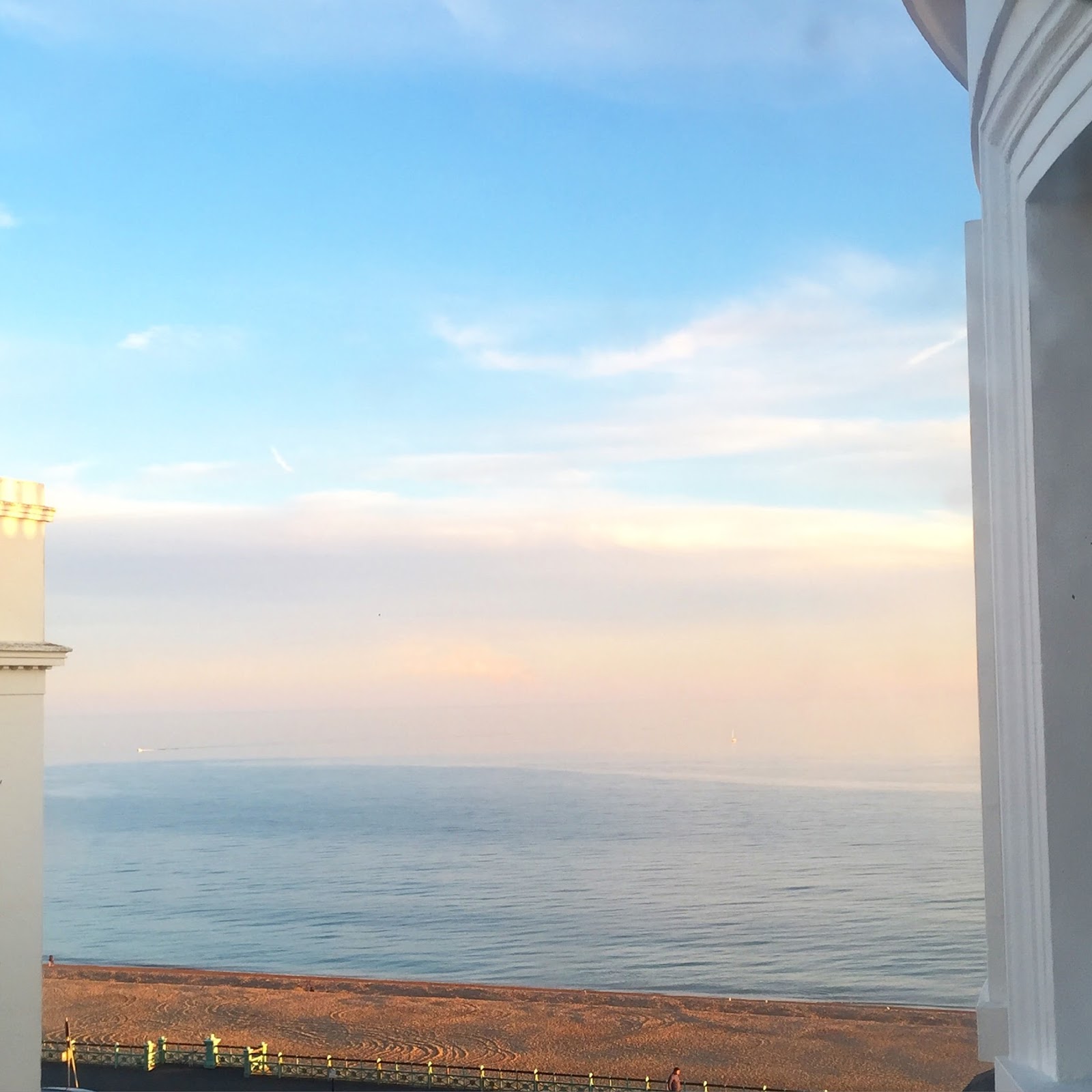 Brighton is my hometown, I was born here, and although I was raised in Arundel, my Dad and lots of my friends lived here throughout my teens, and I always knew that I’d move back at some point and probably never leave. I will never not feel incredibly lucky to wake up to a view like this every day, either.

This week someone who works for the city’s Fringe Festival (but is in actual fact, from London), made some outrageously misjudged comments about Brighton, to The Argus newspaper, who took the story and ran with it… (here). The comments section of the piece is… colourful. One of the kinder things I’ve seen said about him is that he’s a ‘posh gentrifying prick’ (Lols) and one of the worst is that he’s been threatened with violence (article here) which is obviously not cool.

To be honest I could write a lengthy diatribe about his comments, but seeing as I’m trying to cheer myself up by blogging about things that make me happy, check out this fabulous response piece from The Guardian, instead. I think they summed it up beautifully. 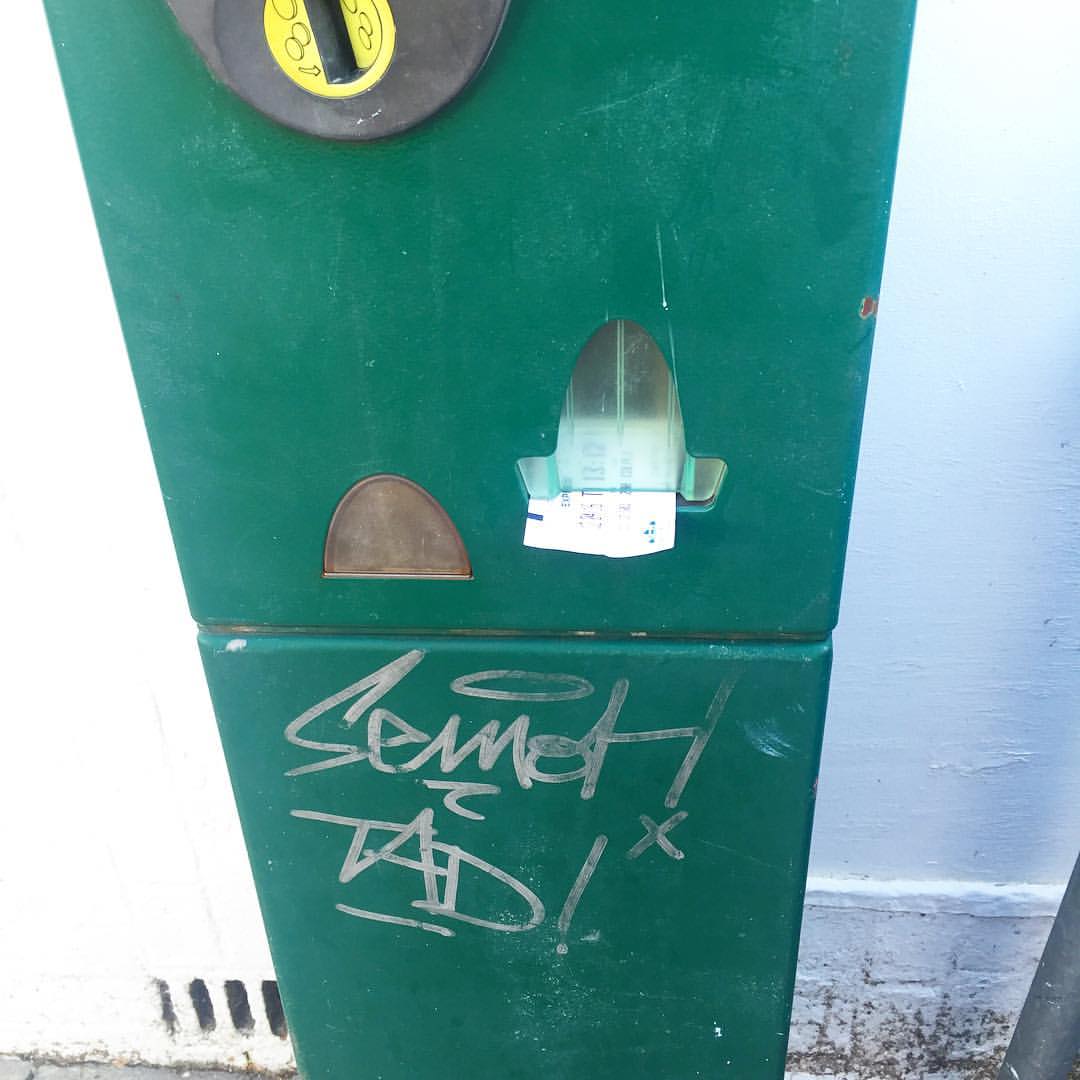 For as long as I can remember my Mum has talked about Random acts of kindness. When I was younger I just thought they were a part of her hippiness, and loveliness, but when I became an adult I began to see that they are an actual ‘thing’, and an important thing. There’s whole organisations, websites and even a 1 million strong Facebook page devoted them.

They’re about selfless acts, paying it forward and about making other people smile. They can be as small as helping your neighbour with their shopping, telling a stranger they look nice or leaving your paid parking ticket for someone else to use. They make the world a nicer and more hopeful place to be – fact, and we should all be doing more of them. If this is something you do, post in the comments below, I would love to hear about them. 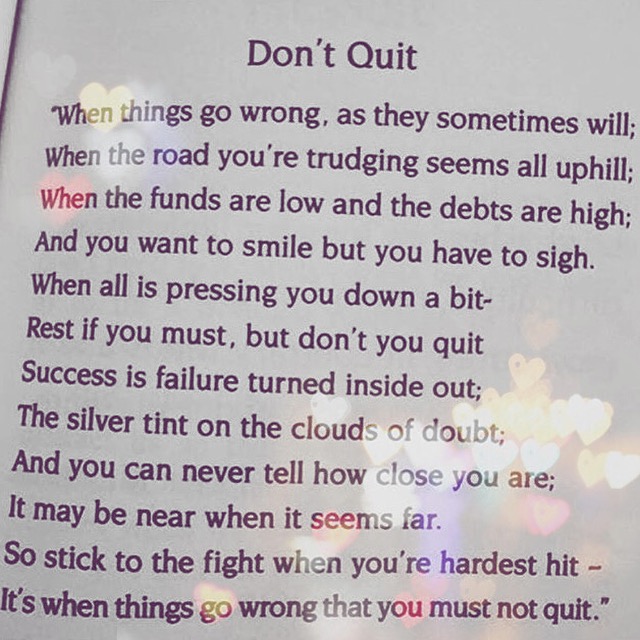 ‘Success is failure turned inside out’

I’m not one for public posting of motivational quotes, mainly because I’m not really into them. But I saw this on instagram and it really resonated with me, and gave me comfort on a bad day – I hope it does for some of you too.

In between lying in the dark and floating on a cloud of hardcore painkillers, I’ve made good use of my bedridden weekend binge-watching ‘The Girlfriend Experience‘. It’s only one series (hopefully more to come), 13 episodes which are 30 minutes each – and it is SO good. If you enjoyed ‘The Affair’ then you’ll love this. I won’t ruin it for you, but it’s full of pretty girls and sex so you’ll probably be able to persuade a boyfriend to watch it with you, but perhaps swerve watching it with your parents… that’d be awks. Thank you to my lovely friend Emily-Ann for recommending it to me – you da best x 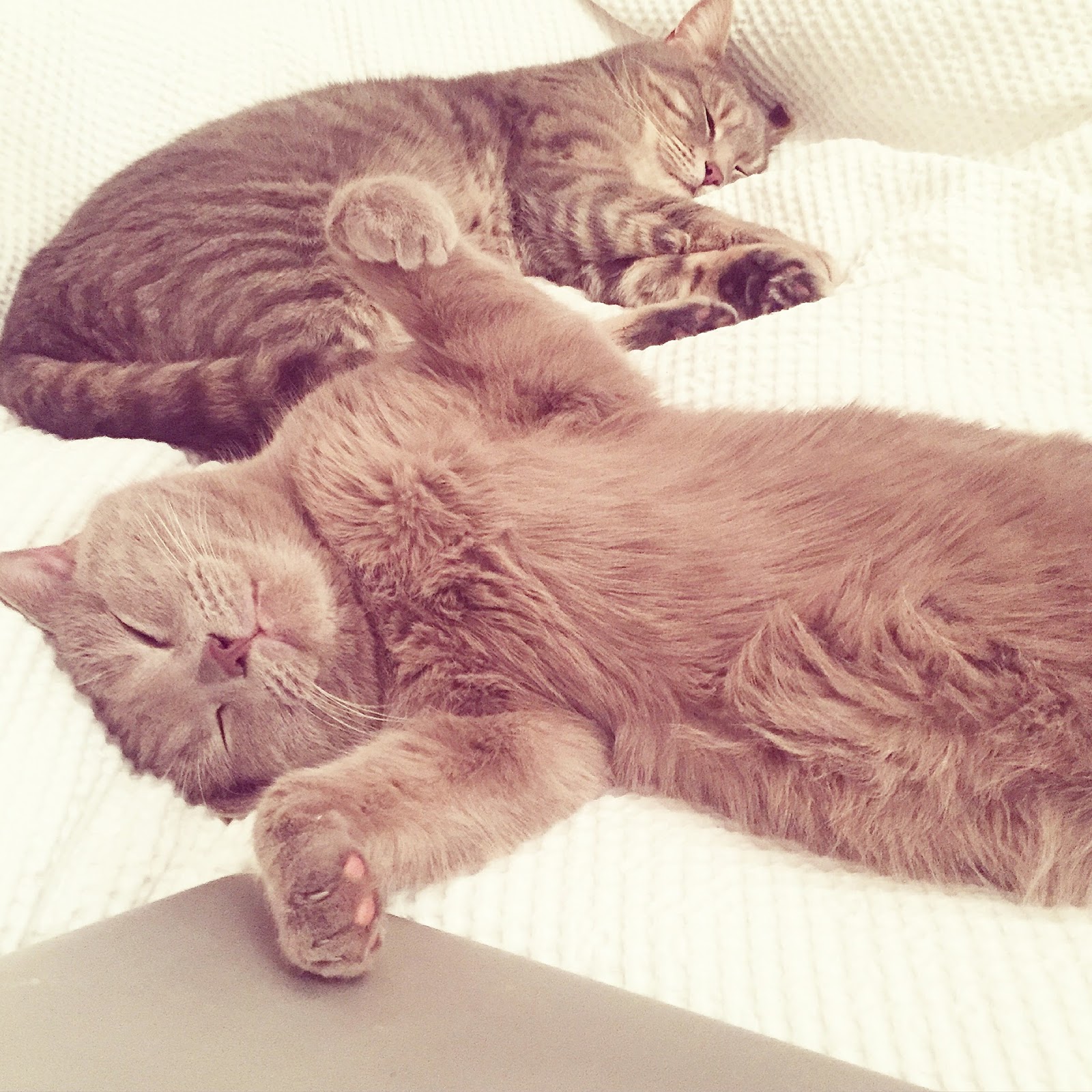 What have been your favourite things recently? Any restaurant/boxset recommendations you think I should check out? Post in the comments section or hit me up on any of my social networks (links below).