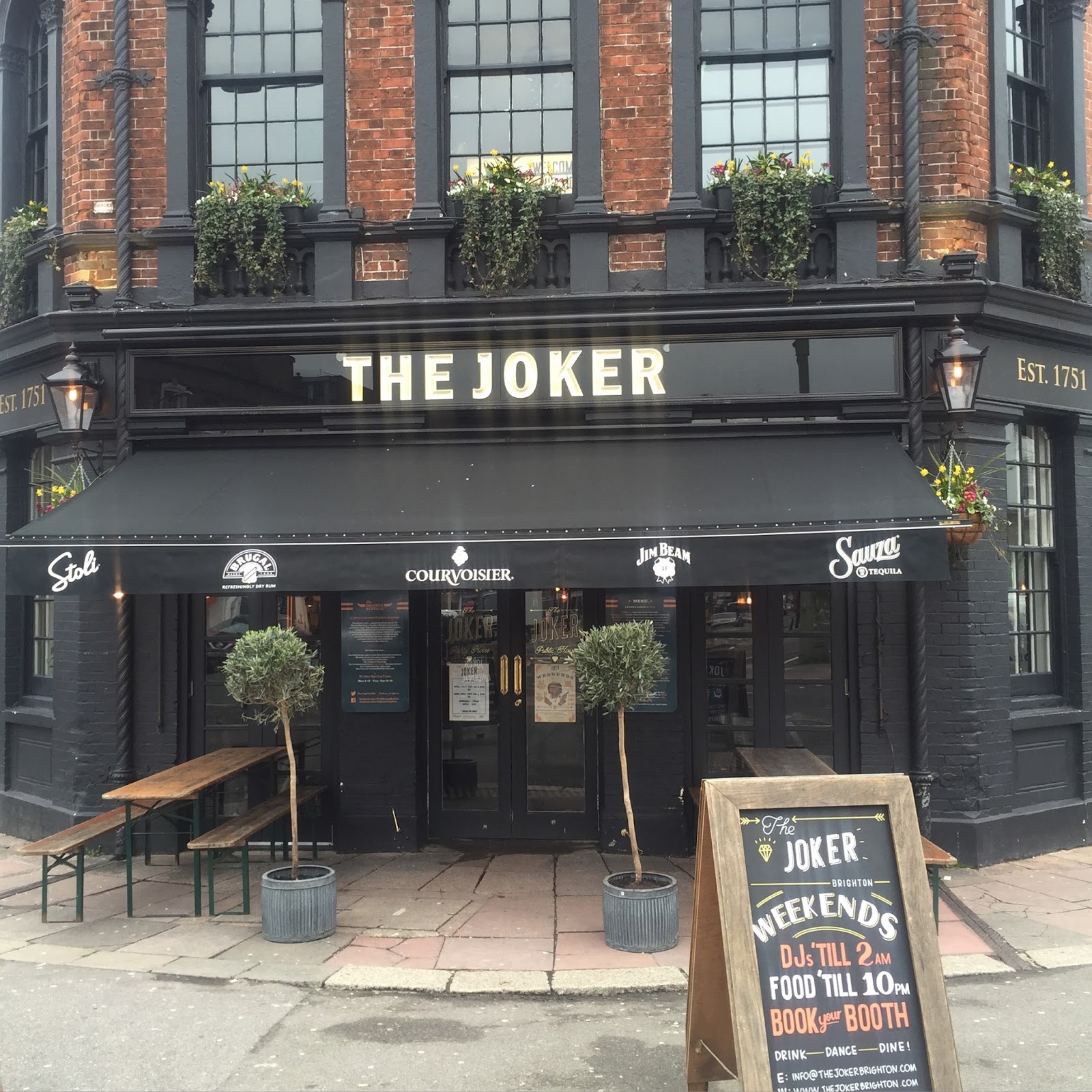 Nearly every time I talk about my love of MEATliquor bingo wings on Twitter, someone would say ‘yes, but have you tried the wings from Orange Buffalo?’ and until very recently the answer was no. So forgive me for being *a bit* late to the party on this one, but I got there eventually.

The Joker opened at the end of 2014 (just as London Road became somewhere you actually might want to go) and business has been booming ever-since. Aside from the attractive venue and much hyped food offering, they have DJs and live music every week, drinks deals and someone extremely savvy doing their social media – which in Brighton, is a recipe for success. 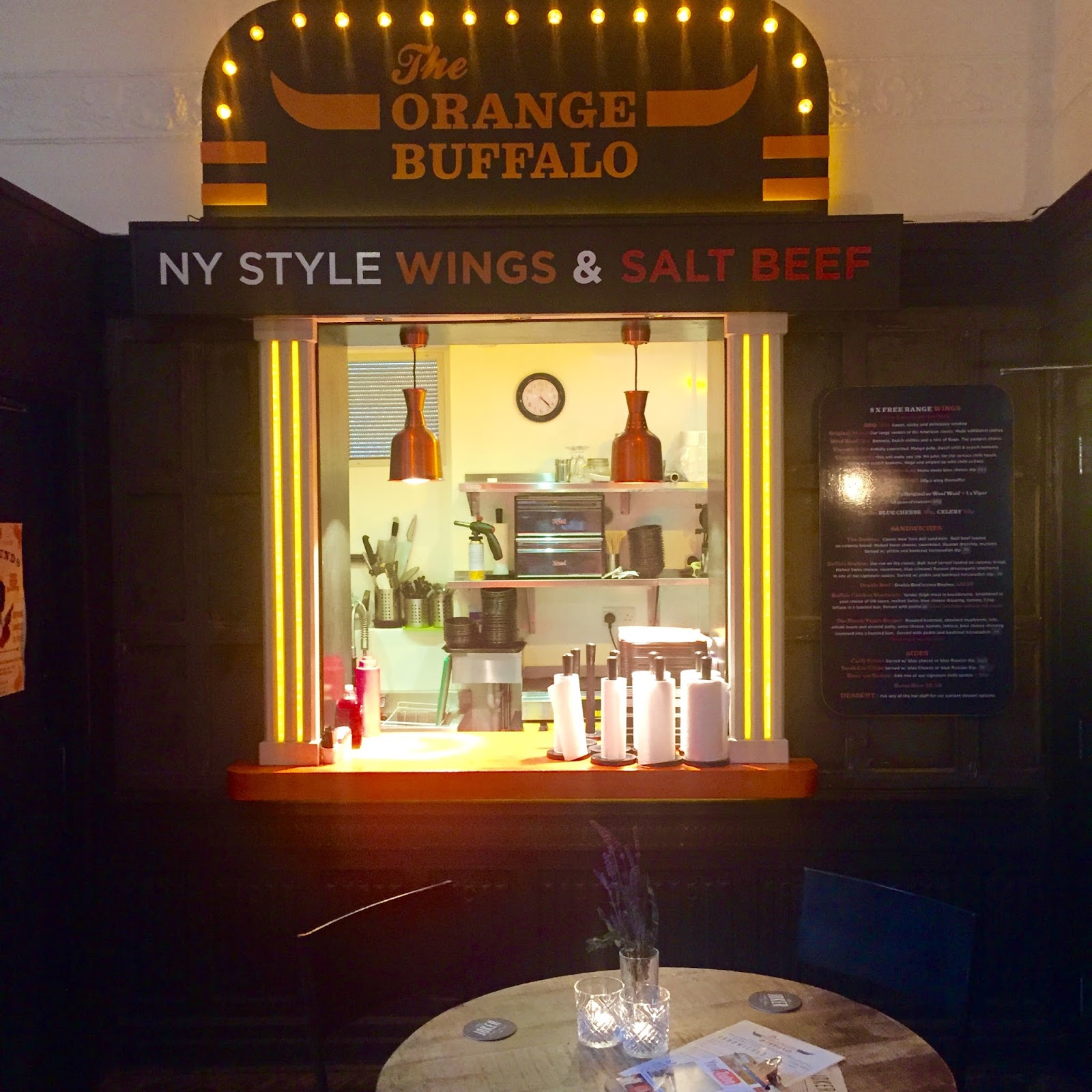 Winners of the UK’s first chicken wing competition, Orange Buffalo was born in London with a permanent truck in Brick Lane, Shoreditch, before setting up its first ‘proper’ kitchen beside the seaside (kind of).

With the arrival of the incredibly popular Hare & Hounds pub and numerous other places to eat great food down London Road, the mediocre Thai food offering at Circus Circus (The Joker’s previous incarnation), wasn’t going to cut the mustard for long. An award-winning chicken shack? Much more like it. 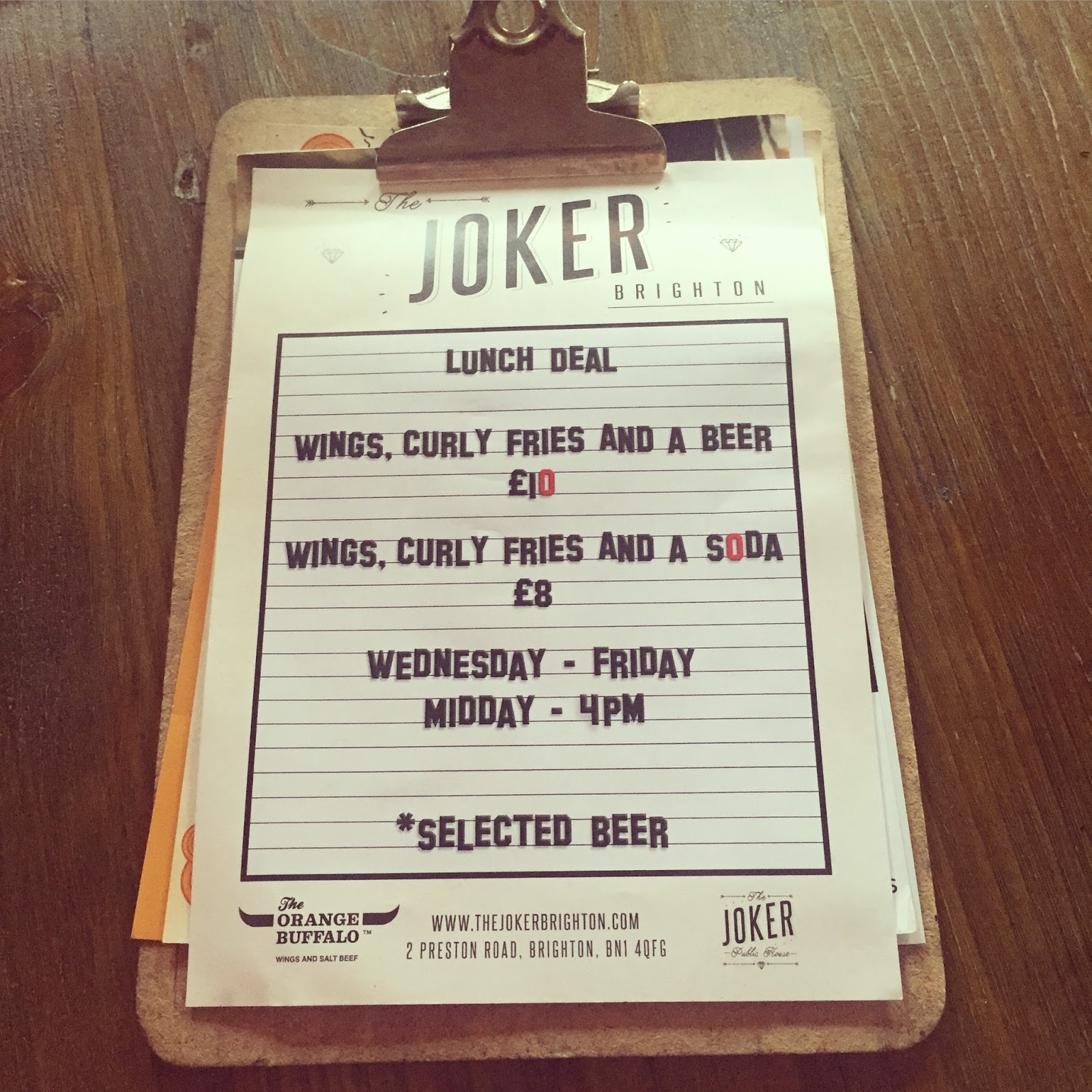 I’m currently working on a Brighton lunch-deal round up post, and although The Orange Buffalo at The Joker had been on my radar for ages, it was in fact the above lunch offer that spurred me on to go – it’s a bargain. 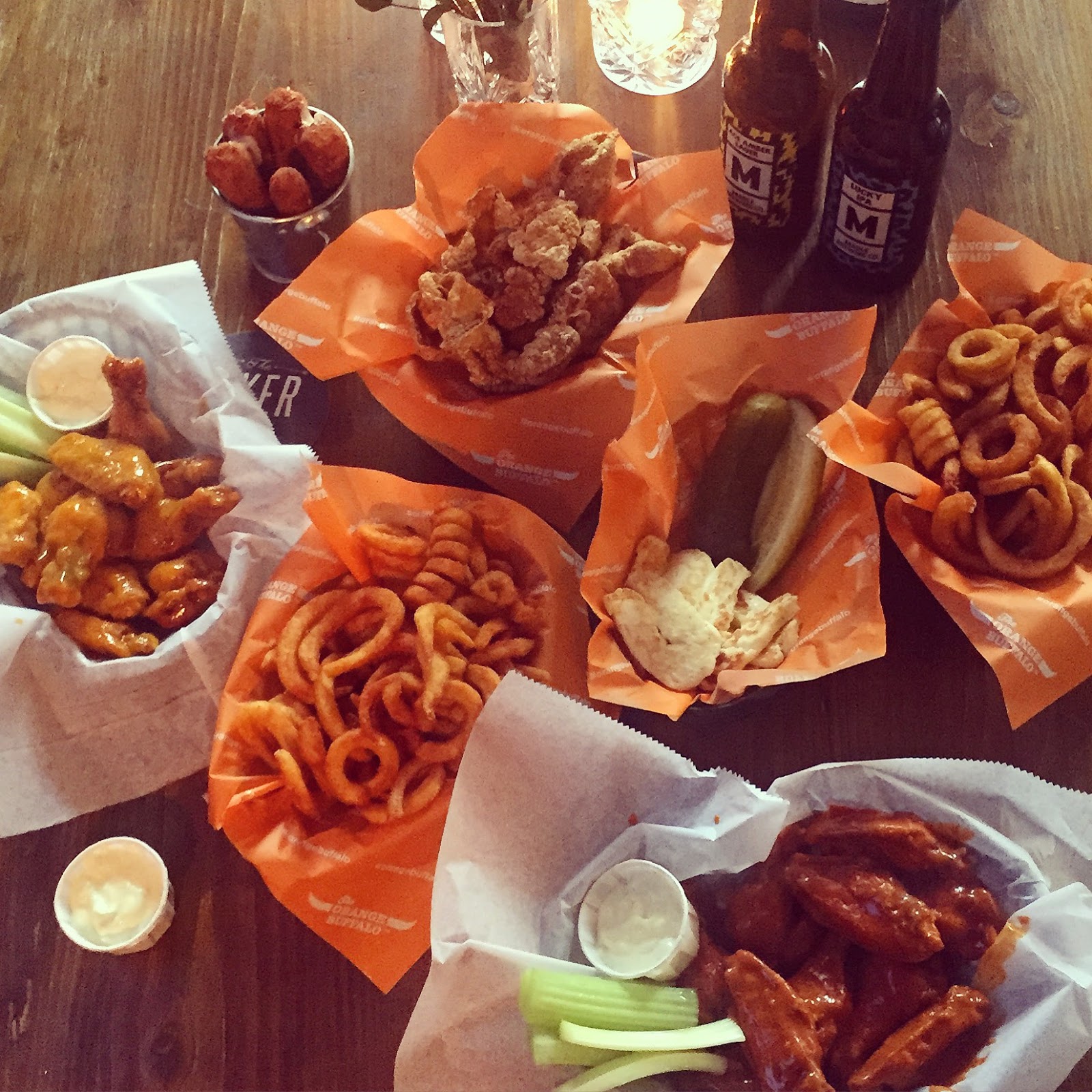 When I see a menu full of things I want to eat, I get serious FOMO, so just sticking to the meal deal wasn’t an option. Go hard or go home, am I right? 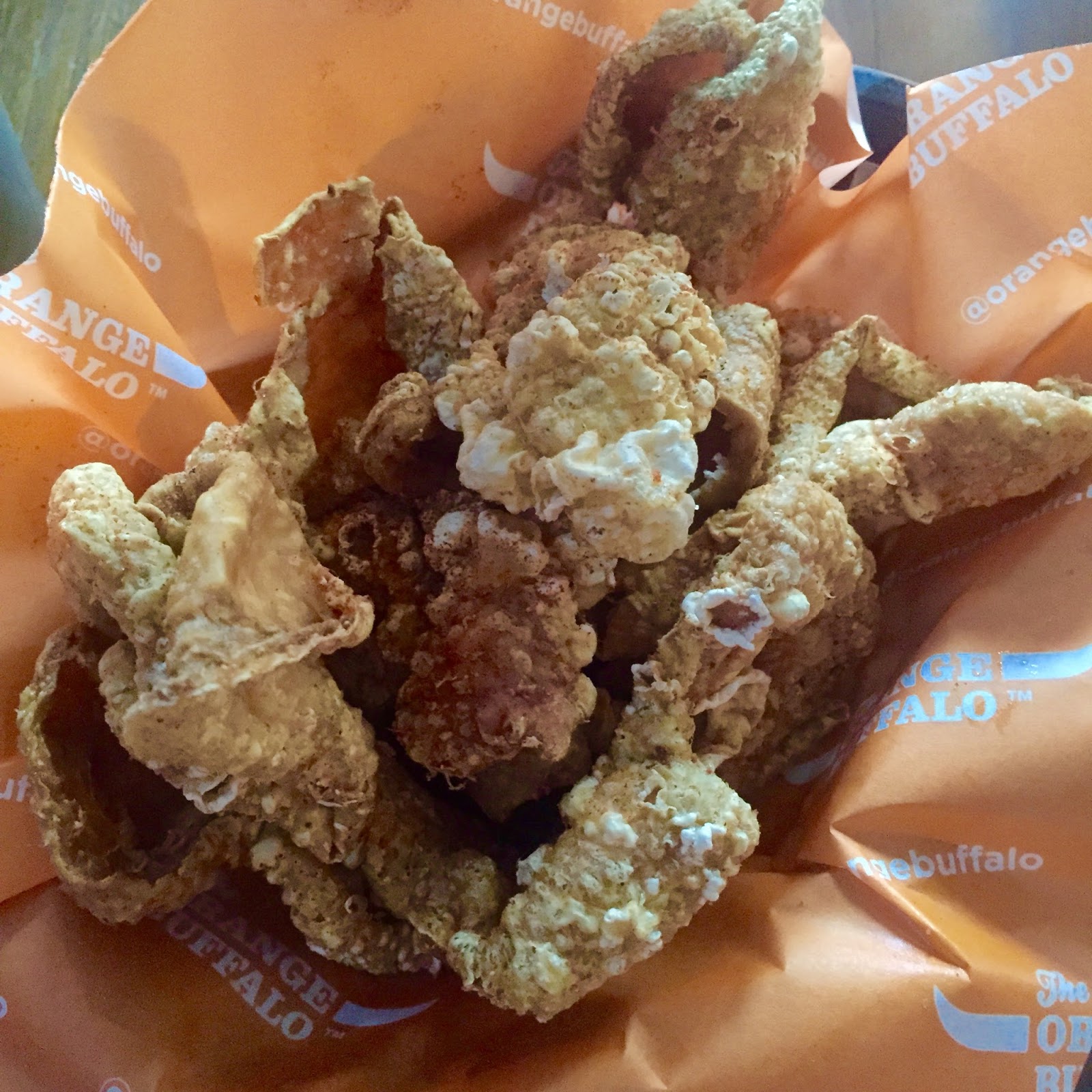 I’ve been dying to try the much raved about chicken skins at Bincho Yakitori, so when I saw them on the menu here they were an absolute no-brainer.  We got a huge amount for £1.50 and the best description I can give you is this; if some pork scratchings, chicken and popcorn had a love child, this is what I imagine it’d taste like – delicious, moreish and the perfect bar snack.

If you’re in there and not up for a full on meal, get some of these to pick at, you can thank me later. 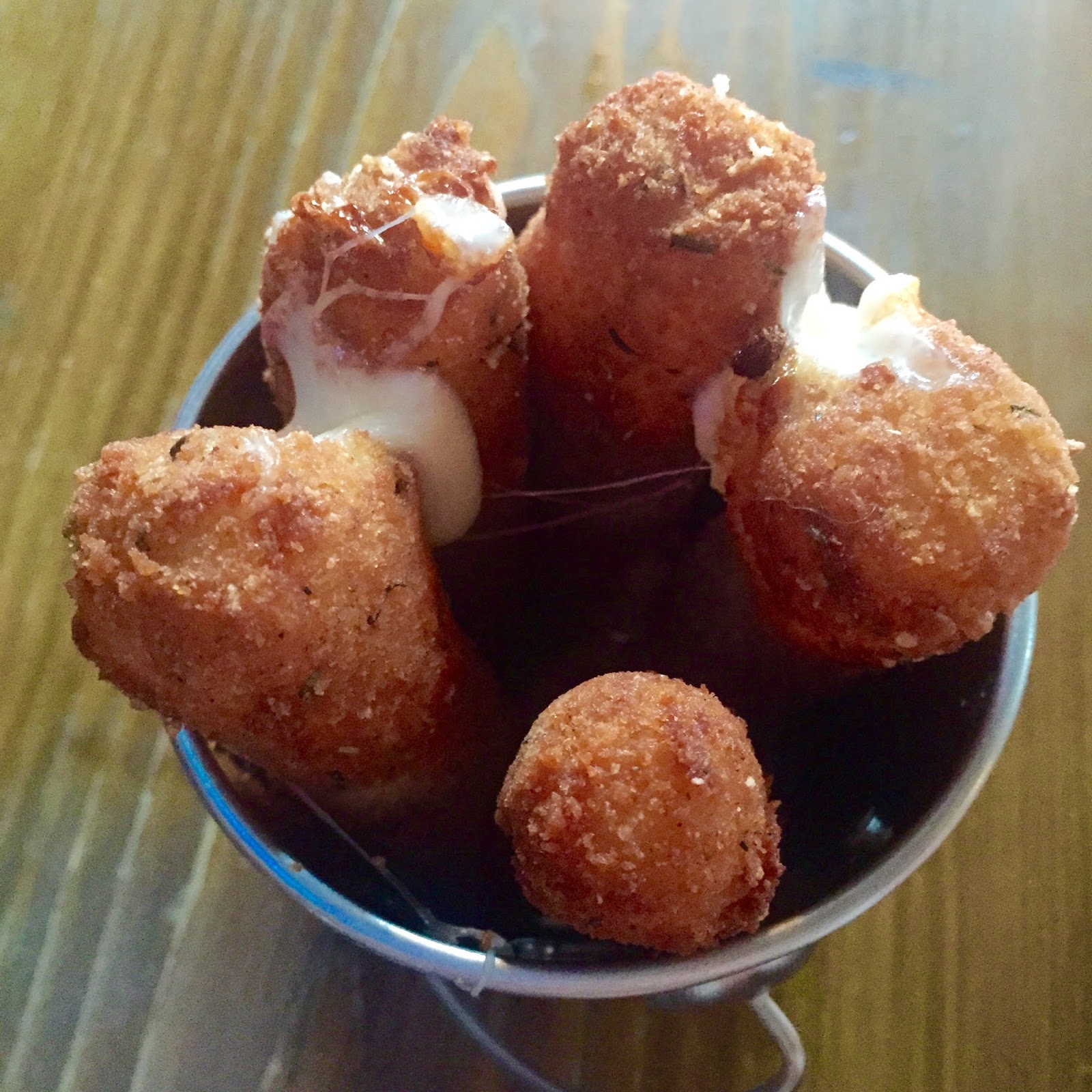 These were everything I hoped they would be really, molten cheese encased in crispy, seasoned breadcrumbs. I didn’t ask if they’d entered the kitchen frozen, but I don’t really care either way, they didn’t taste like it at all and were filthily delicious and satisfying. 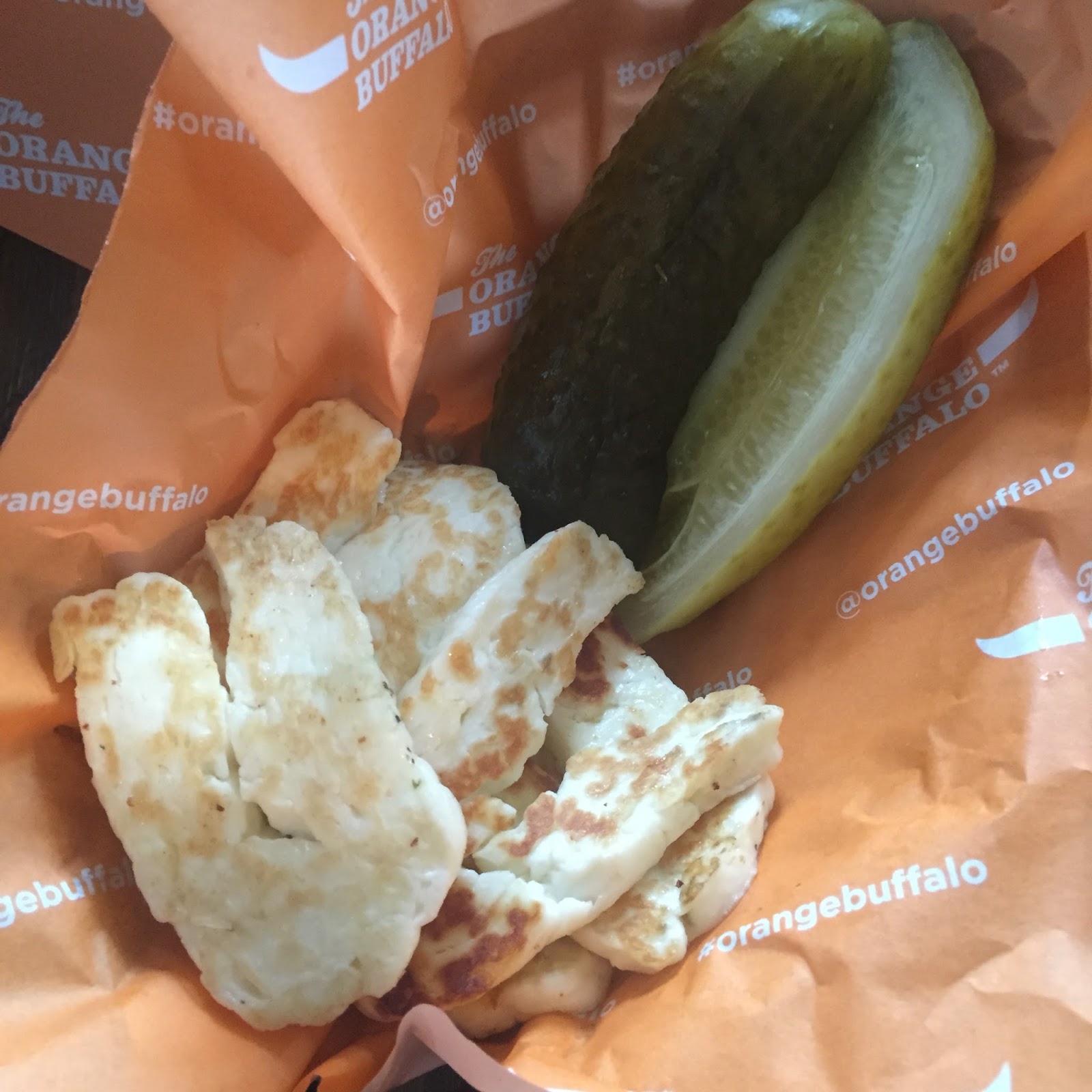 To be fair, and I do try to be, this is billed as an additional topping for a burger, rather than a ‘side’ in its own right – but it was the only disappointment in the entire meal. Don’t get me wrong, we ate it all, I’ve just had a lot better. It was undercooked, flaccid and far too squeaky. Meh. 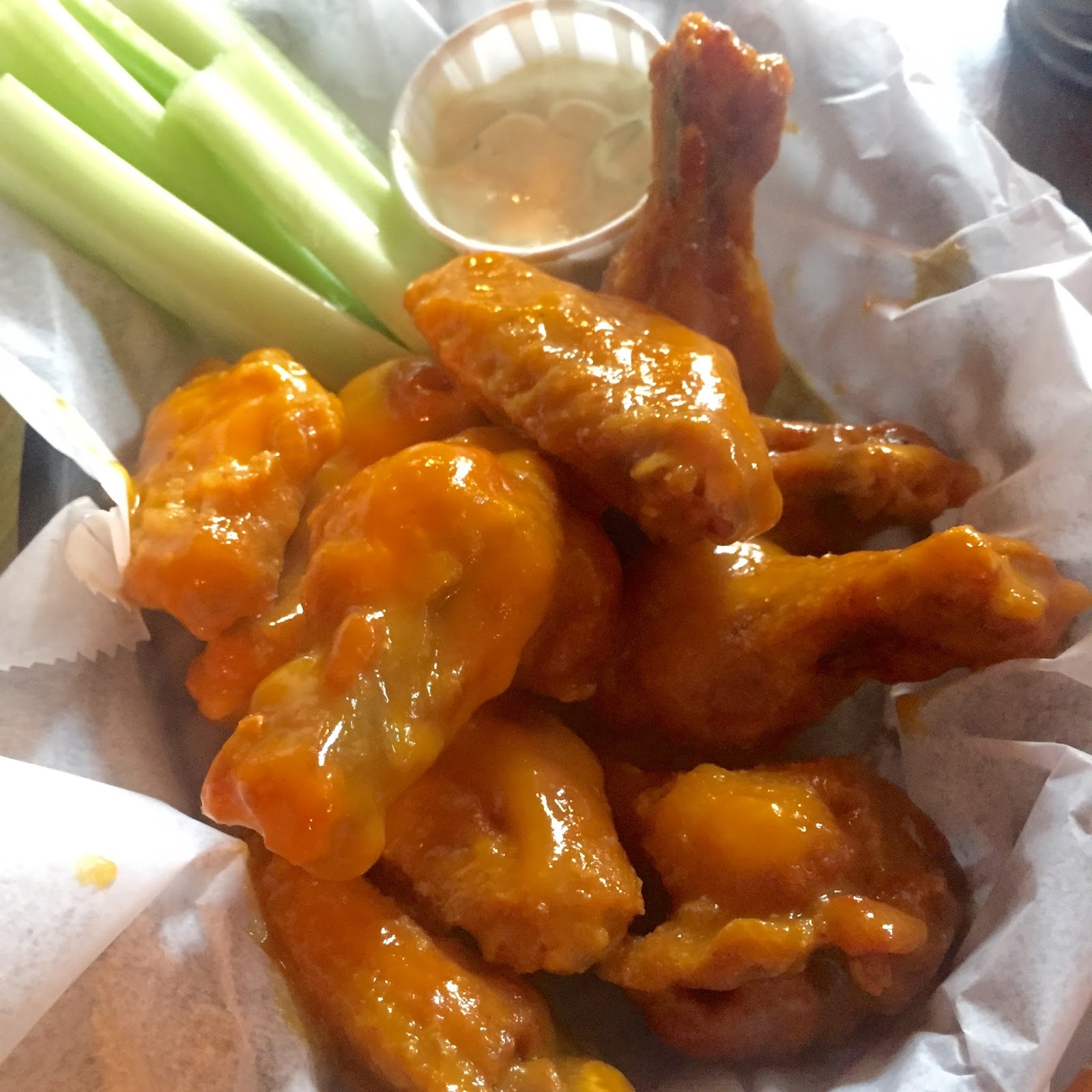 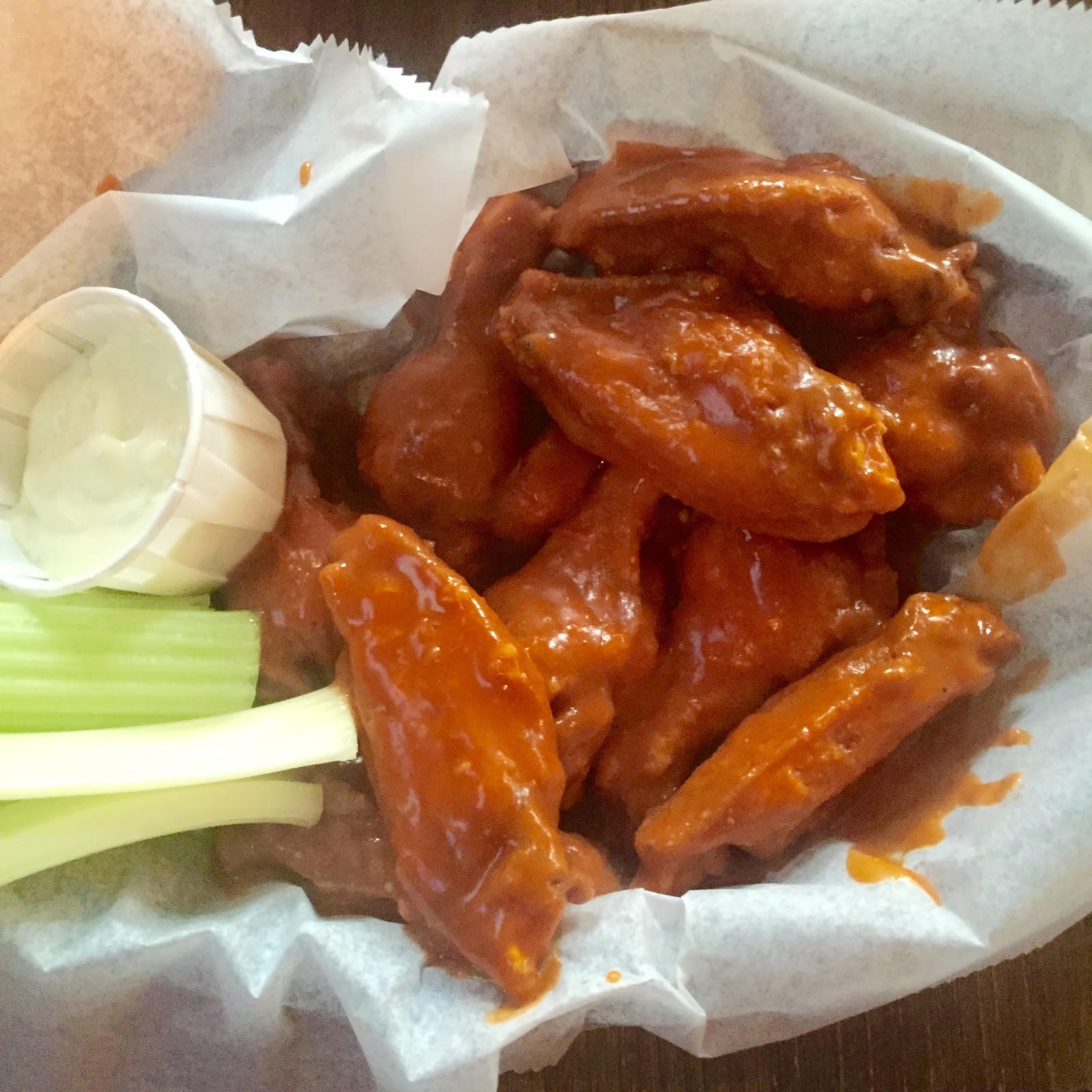 I went for the Vincent wings and Jenna the Woof Woof – a dozen apiece. The lovely guy serving brought us out a little pot of each of the other sauces to try, including the Viper, aka the ‘blow your mind it’s so hot’ one. I am a chilli fiend but this was way too much for me, Jenna on the otherhand, ate the lot like it was nothing, not even so much as a bead of perspiration on her upper lip – madness.

The wings themselves ticked all the boxes: smaller than some other places but still plenty of meat on the bone, they’ve been fried before being smothered in generous slick of sauce and best of all, they’re free range, what more could a wing-loving woman want.

So was Twitter right? Are they the best wings Brighton has to offer? I’m sorry Orange Buffalo, but MEATliquor are still my favourite, but you’re definitely my runner up, and an extremely close one at that. 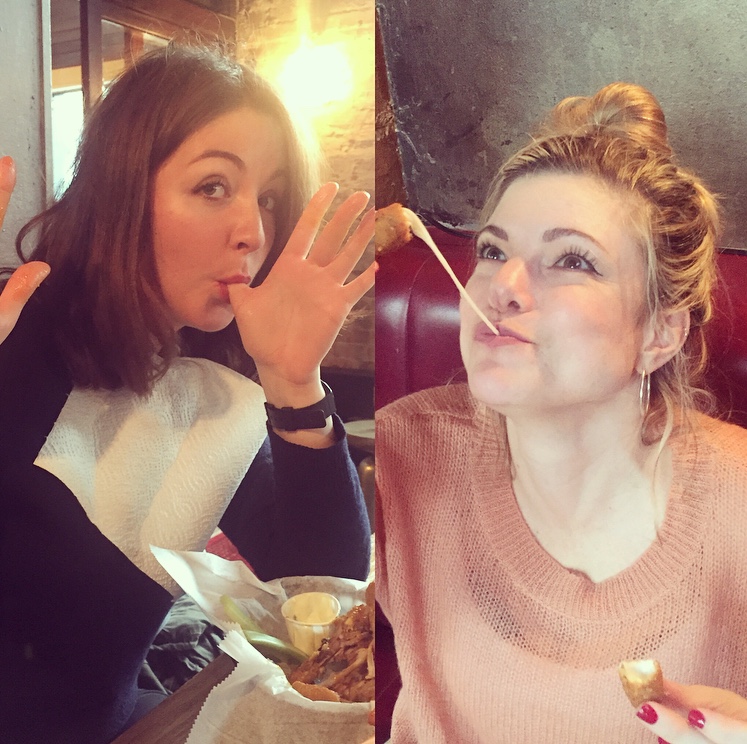 If you want to make me happy feed me melted cheese…

All in all I am a big fan of The Joker and I think they’re more than deserving of their army of Twitter ambassadors. The venue is great, ditto the staff , I like their style on social media and the food is delicious and great value. I already have, and will, recommend to people, and I’ll definitely be back for one of the buffalo burgers, more wings and a side of hush puppies, very soon.

Have you been to The Joker? Where’s your favourite place to eat wings in Brighton? Hit me up in the comments section or on any of my social networks (links below).