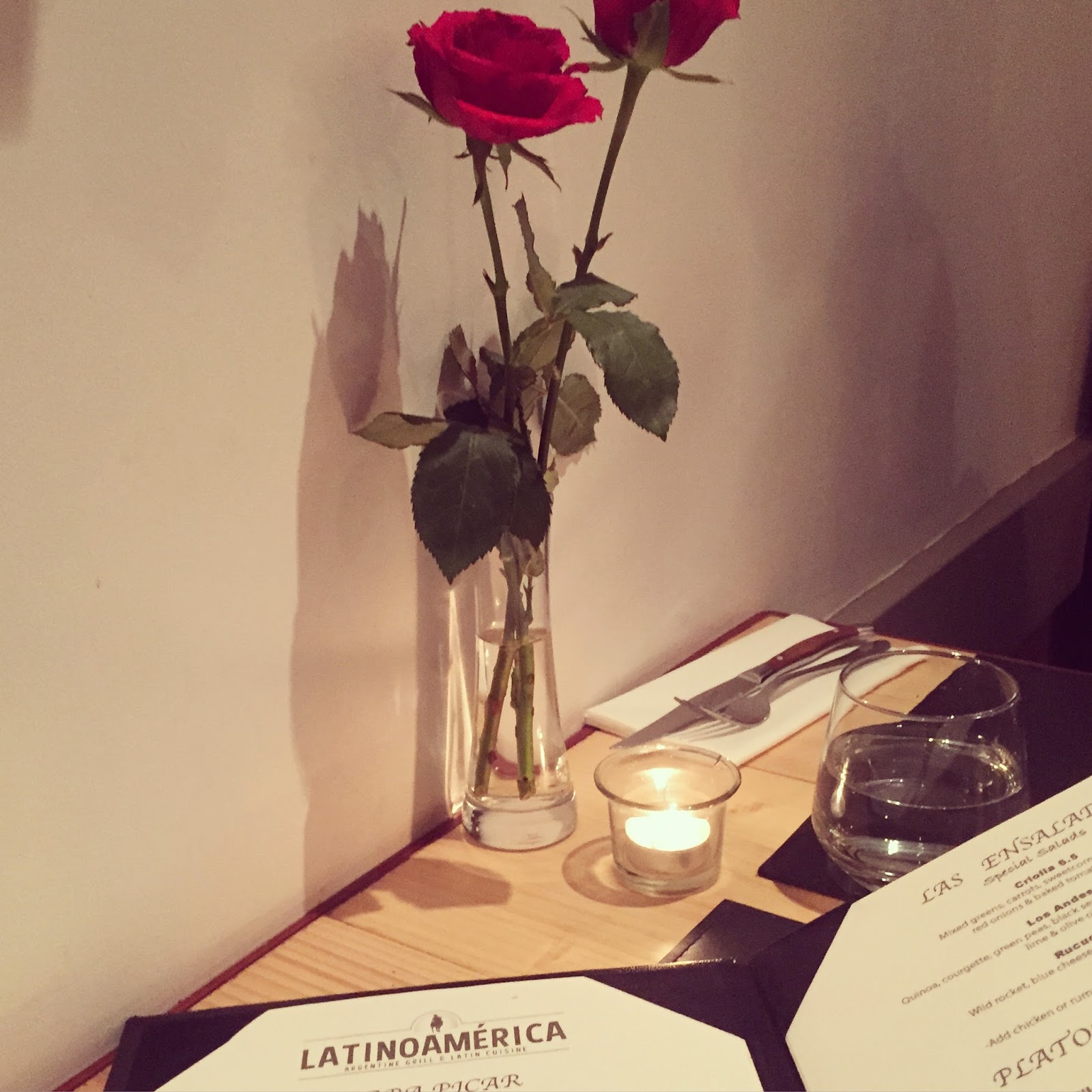 I get a lot of people asking me where I think they can get the best steak in Brighton, and my answer is always the same – Aberdeen Steak House on Preston Street… just kidding, it’s The Coal Shed.

Billing itself as ‘the first Argentine restaurant in East Sussex’ (I’ve no idea if that’s the case) Latinoamérica opened on the main ‘strip’ of restaurants in Hove, last year. Since then I’ve seen their ‘Argentine meat experience’ getting a whole lorra love on social media.

I love meat and having never eaten at an Argentinian restaurant before my interest was piqued, so I decided to cross the border and head west-side, to see what all of the fuss was about. 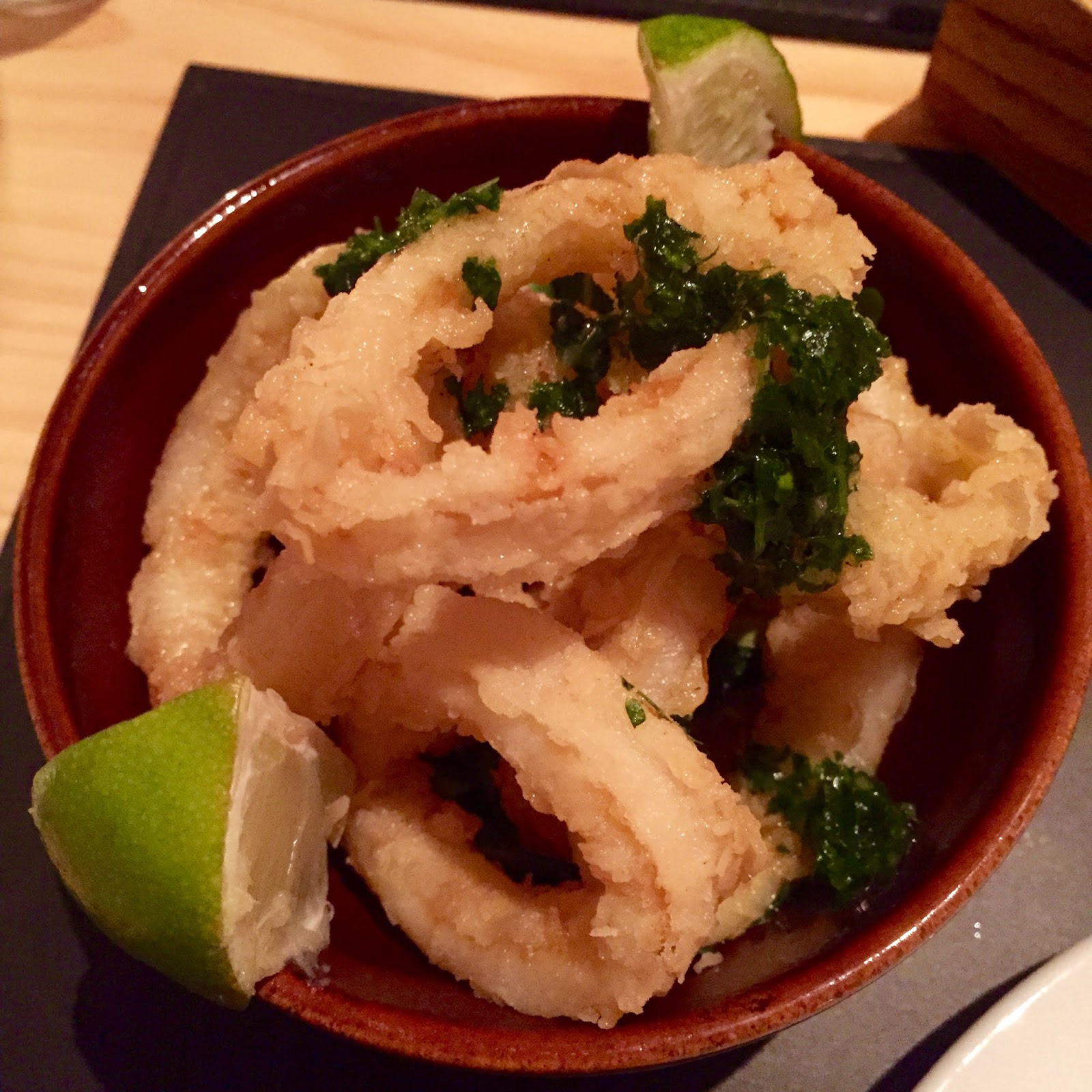 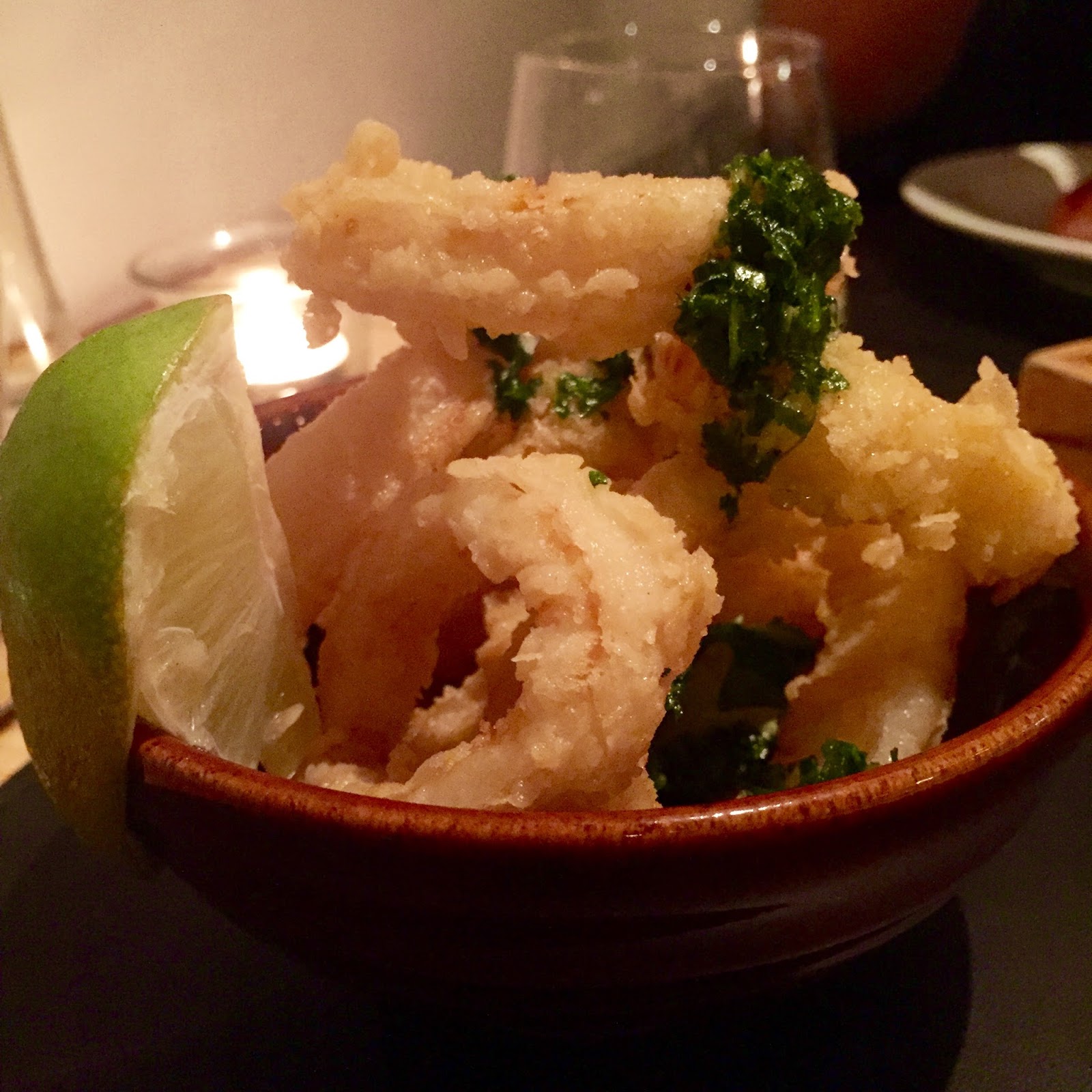 If there’s calamari on the menu, then more often than not I’ll order it. It’s not revolutionary, in fact it’s incredibly simple, but something that many places struggle to make work.

They didn’t get it totally wrong, nor did they get it particularly right – it was just… meh. Some bits erred on rubbery, some were well cooked and the portion size wasn’t overly generous – I just kept thinking of the similarly sized portions of perfectly cooked calamari I’d had at Papa Pitta for £3, and this didn’t even come close. 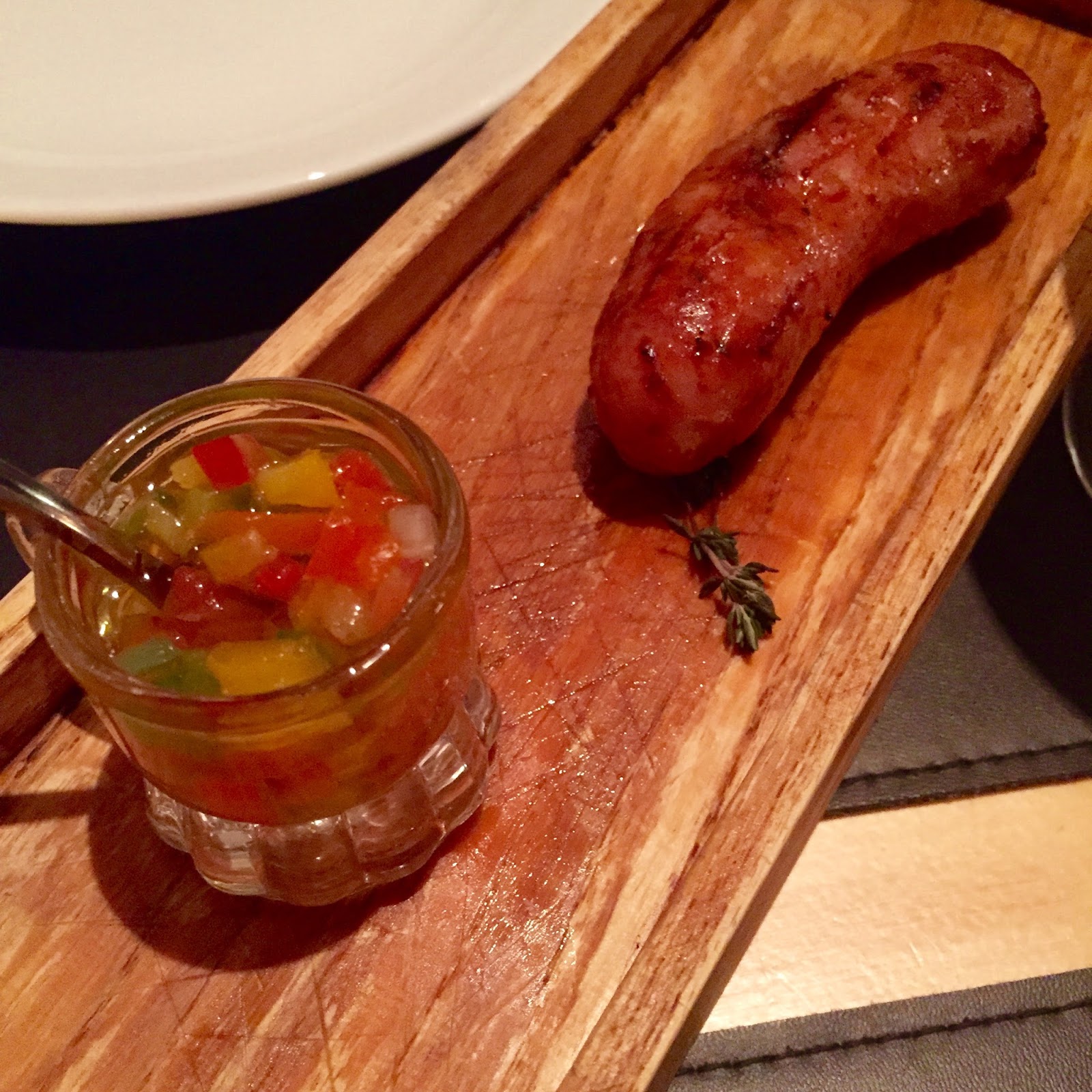 There’s klaxons and alarm bells going off in my head right now, gags about insubstantial and disappointing sausage are almost overwhelming me… but as I try not to be vulgar (on my blog, at least) I’ll leave them to your imagination.

I’m not sure what we pictured when we ordered, but it wasn’t this. As my date didn’t eat squid I felt mean asking for a bite of his sausage (ho ho ho) but he seemed pretty underwhelmed with it. 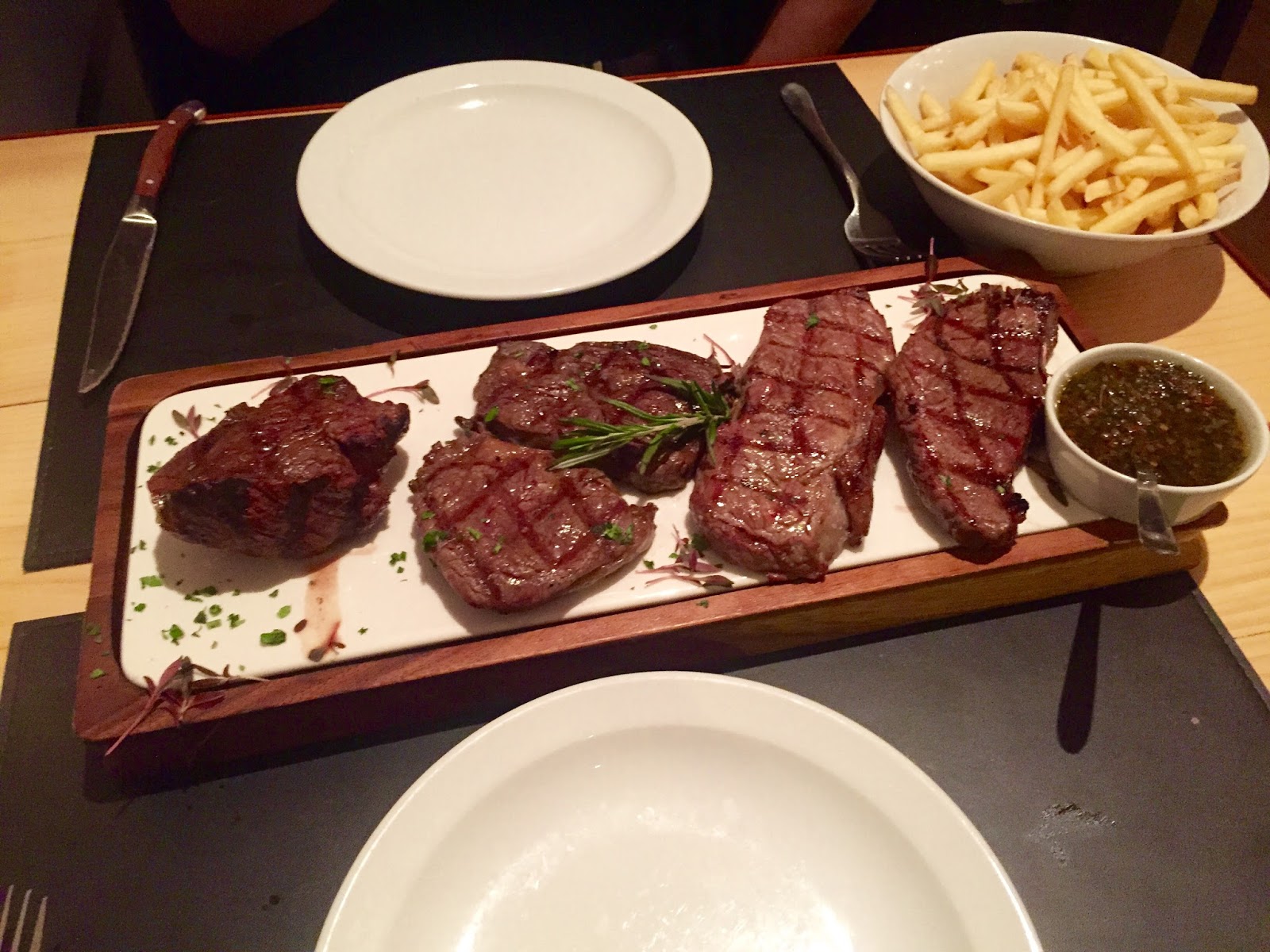 I was dismayed to discover I was dining with someone who eats their steak on the more more medium end of medium rare… the savage. I couldn’t complain too much though as he was paying. It turned out not to be the end of the world though, as the chef favoured the rarer end of the spectrum and although not ‘mooing’ in the way steaks I usually eat are, they still very much met with my approval. 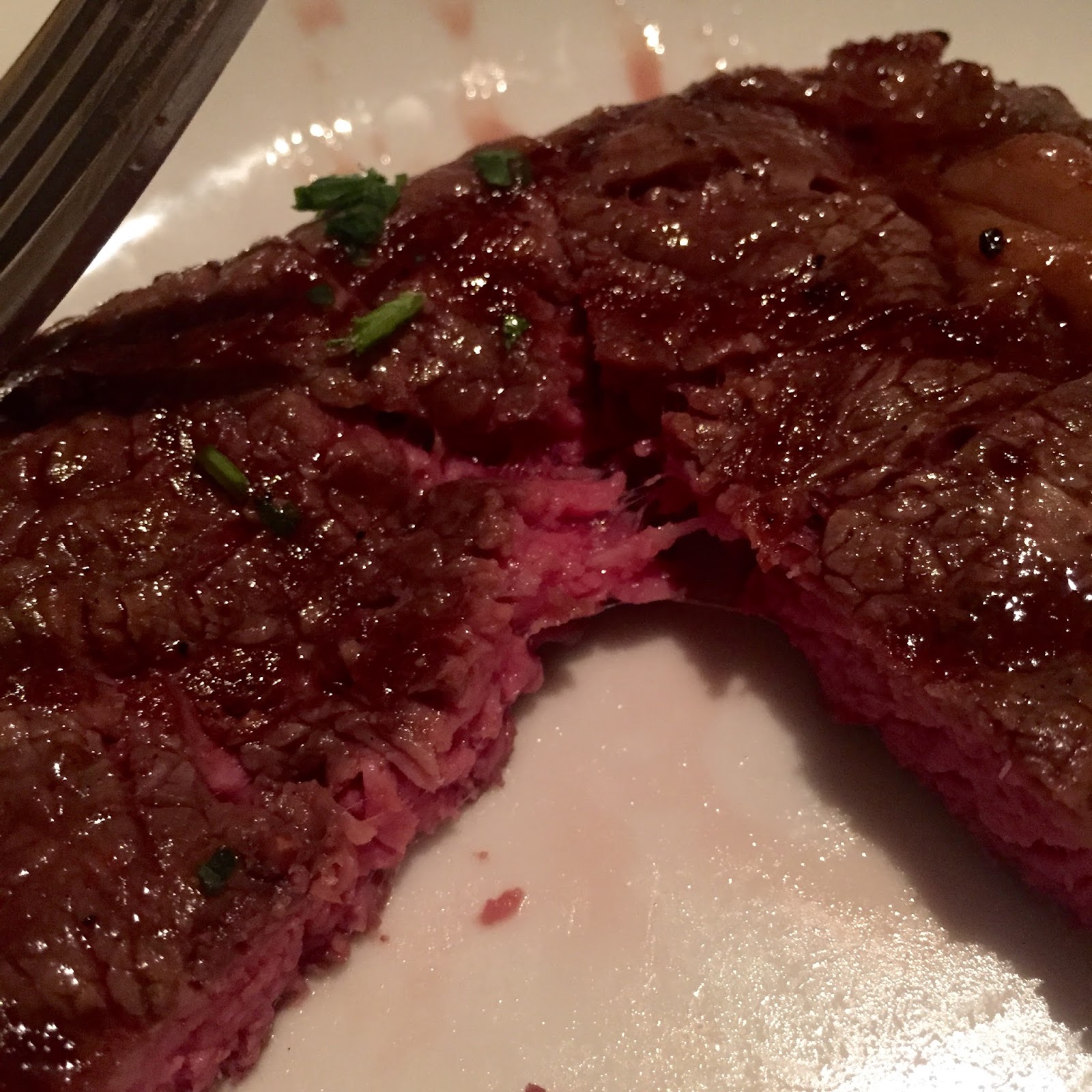 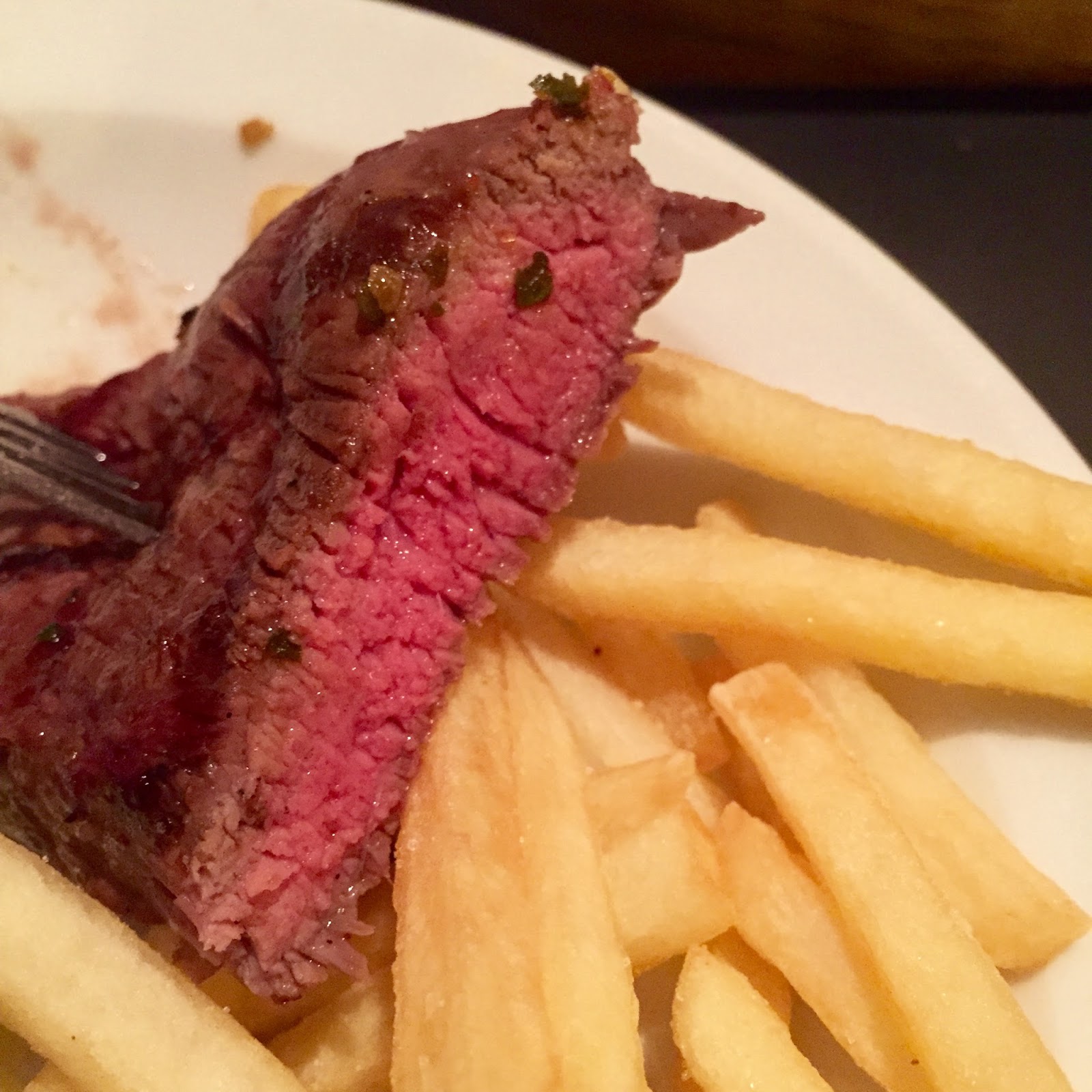 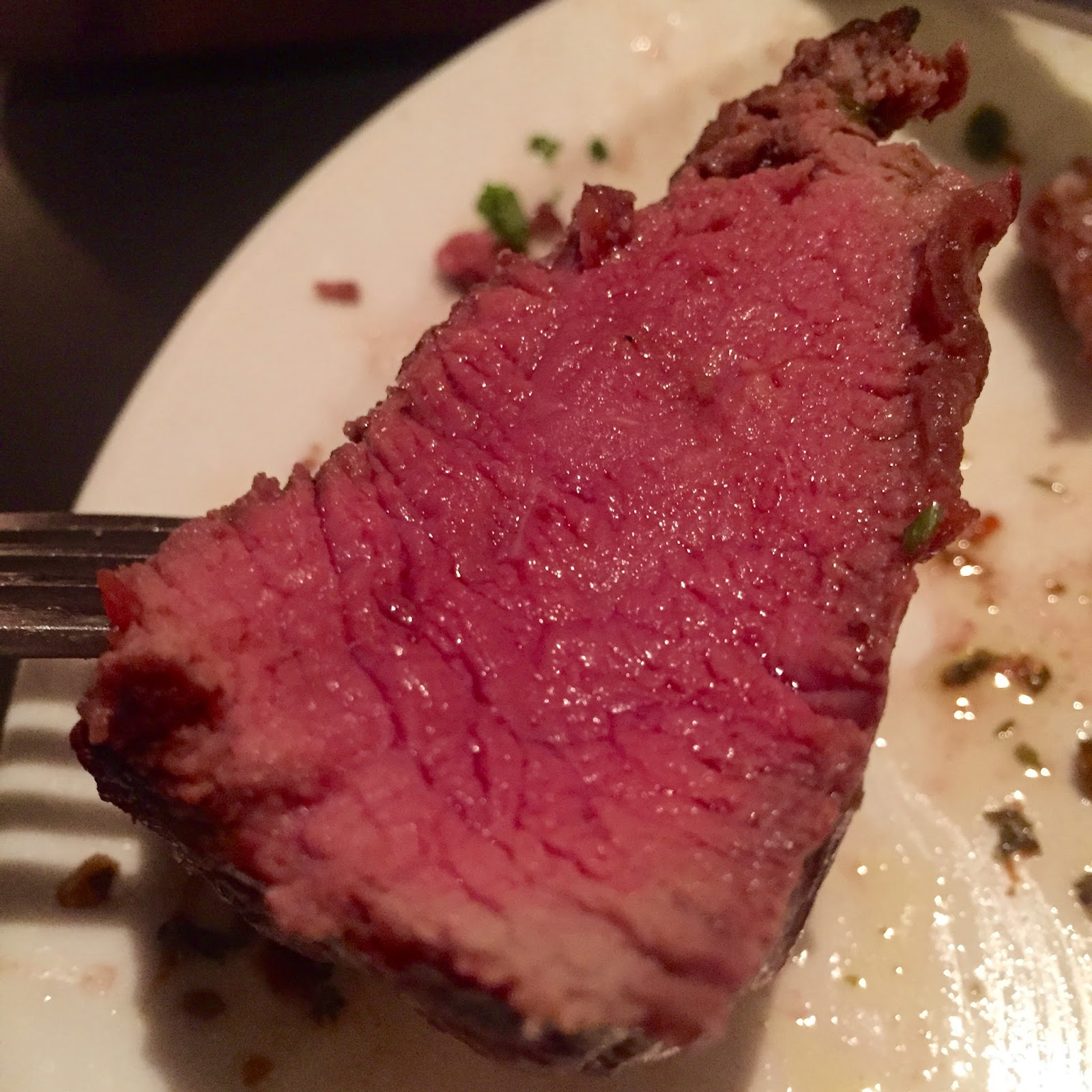 I’m not sure what happened to my picture of the rump, but that was cooked well and equally as photogenic as the rest were. A friend of mine who raved about this platter told me he thought the rump was actually the best of the four, I’m not so sure I agree, but it was definitely superior to other restaurants I’ve eaten that cut of steak in.

The chimchurri we ordered to accompany it was punchy to the point of causing me to splutter – I liked it a lot, but it would definitely be too much for people who favour, say, a chicken korma, or medium-hot Nandos. I did think it was a bit of a piss take to charge £2.20 extra for it though, additional costs like that bug me and make me want to spend less on other things.

Given my lacklustre write up of the starters I feel like I should shower this course with a bit of love. It really was good and £46 for that amount of great quality meat, I don’t think anyone would disagree that it’s excellent value. The menu says it’s for 2/3 people, but we easily ate the lot. 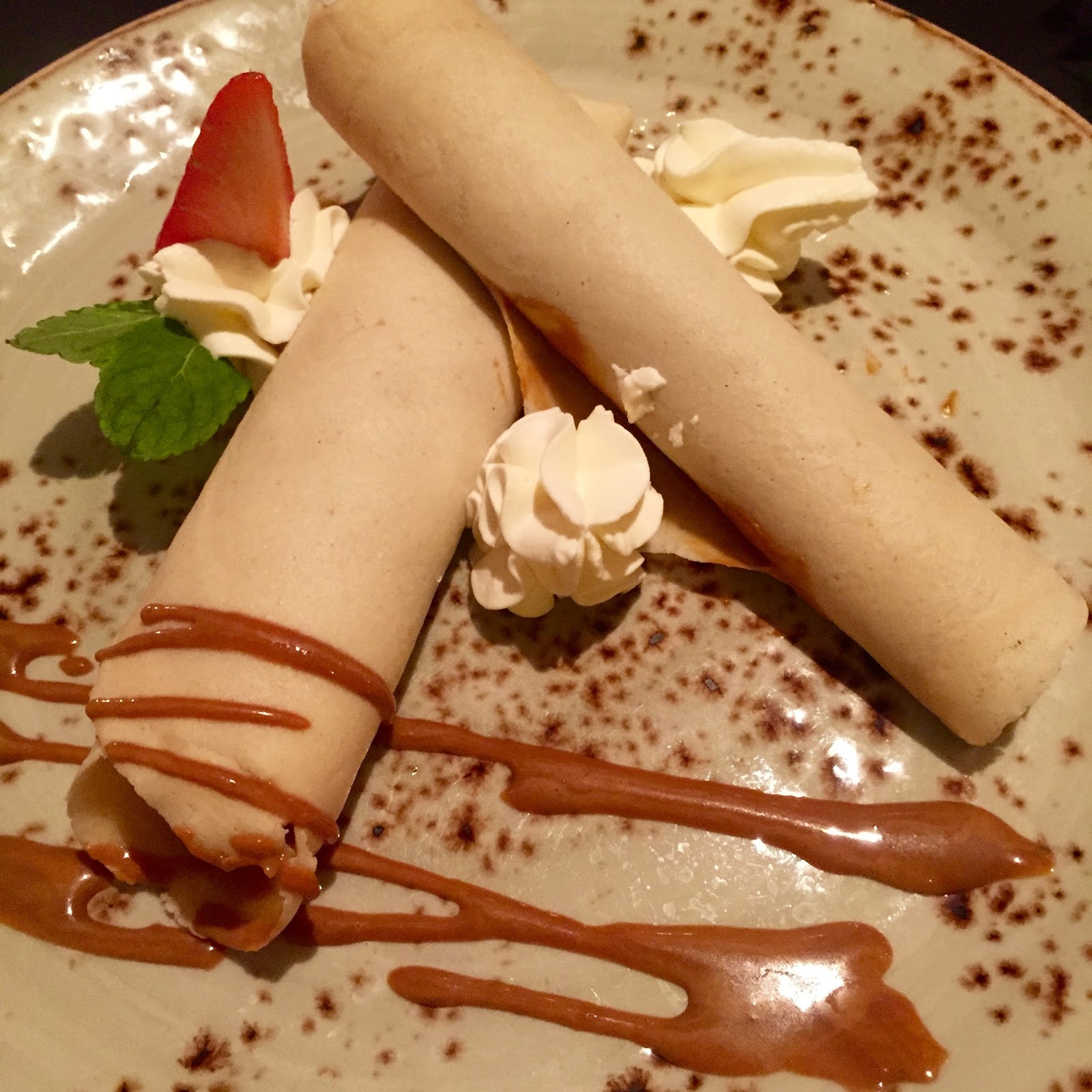 I’d been eyeing these up on the menu in advance of my visit, despite having gorged myself on pancakes only a few days before – the thought of crepes stuffed with toffee and cream was too good to pass up. But, sadly, it was a bit like turning up to a date with someone you think you’re going to fancy like mad… and then don’t.

The crepes instead of being hot, crispy and oozing, were in actual fact fridge-cold, flaccid and tasted as beige as they looked. The sparse amount of delicious toffee sauce filling was their only saving grace, but even that couldn’t take away the taste of disappointment in my mouth. 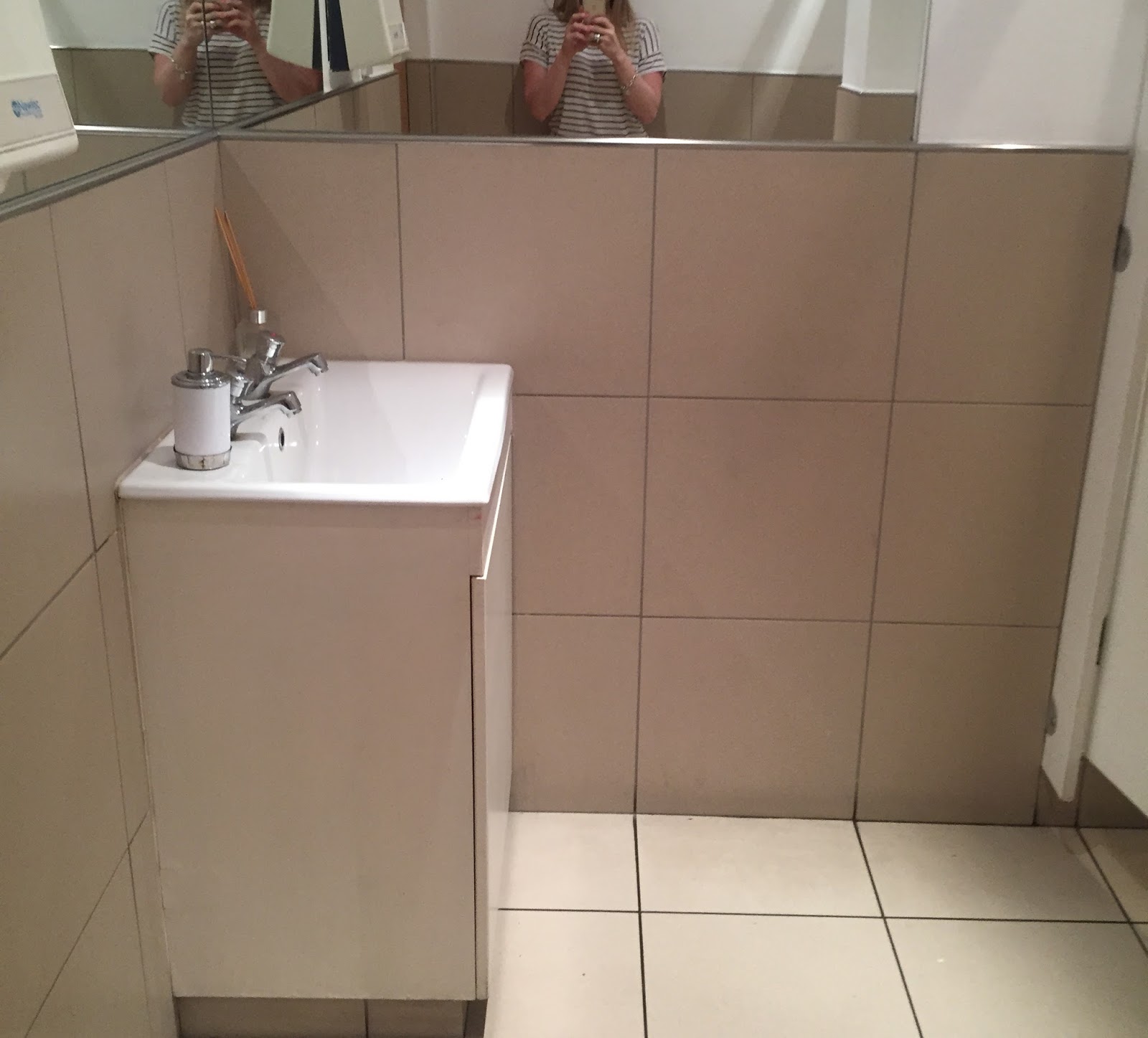 The loos were like a swimming pool changing room 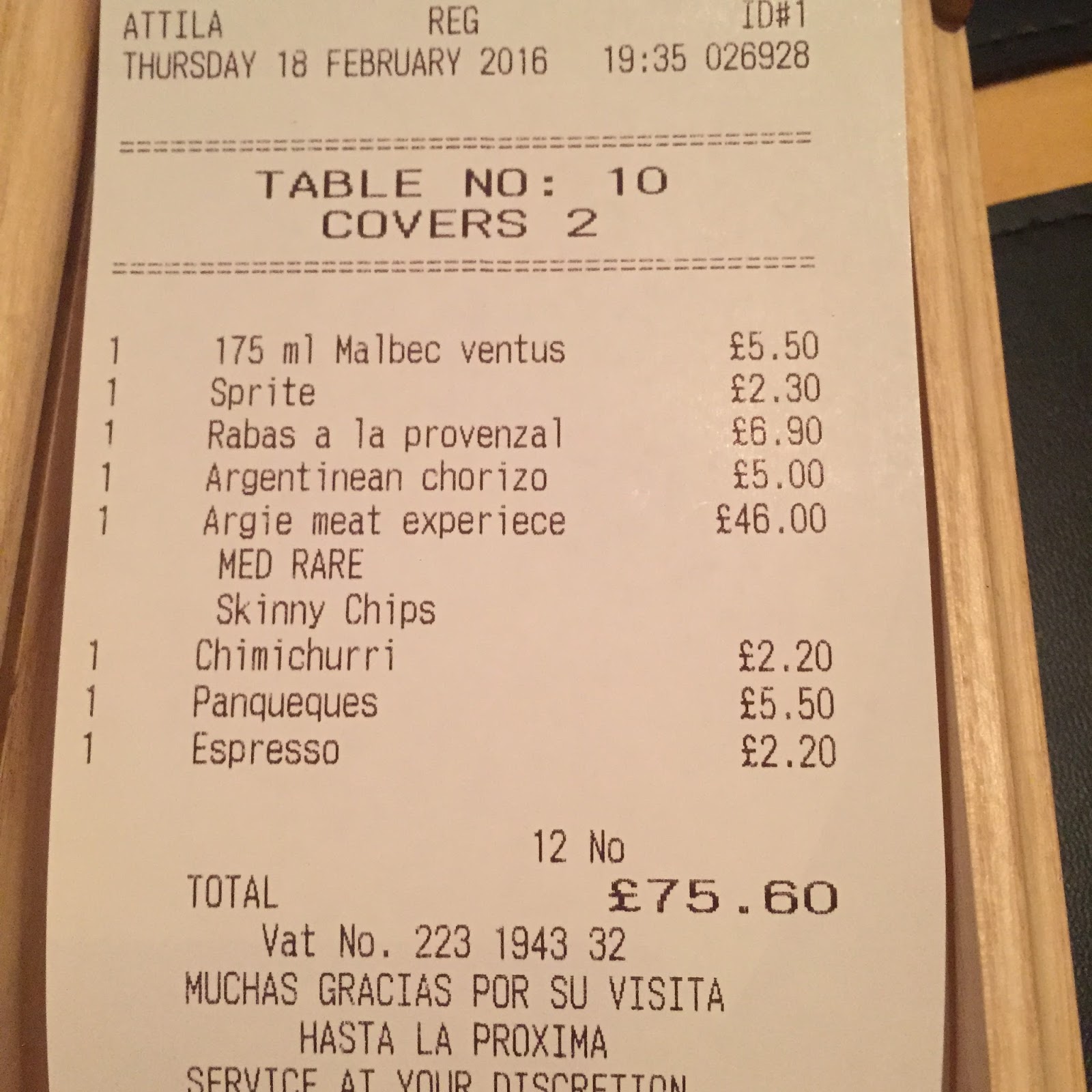 Overall it was a game of three parts, underwhelming, great and disappointing. If you find yourself in central Hove and hankering after a steak then yes, definitely, I recommend. But I wouldn’t suggest ordering the pancakes, or either of the starters we had.  The atmosphere was buzzy and the service charming and attentive, but will I be recommending it over and above The Coal Shed? No, I won’t be. Come on Brighton, give us some more steak houses, we need them!
Have you been to Latino America Grill? Where’s your favourite place to eat wings in Brighton? Hit me up in the comments section or on any of my social networks (links below).