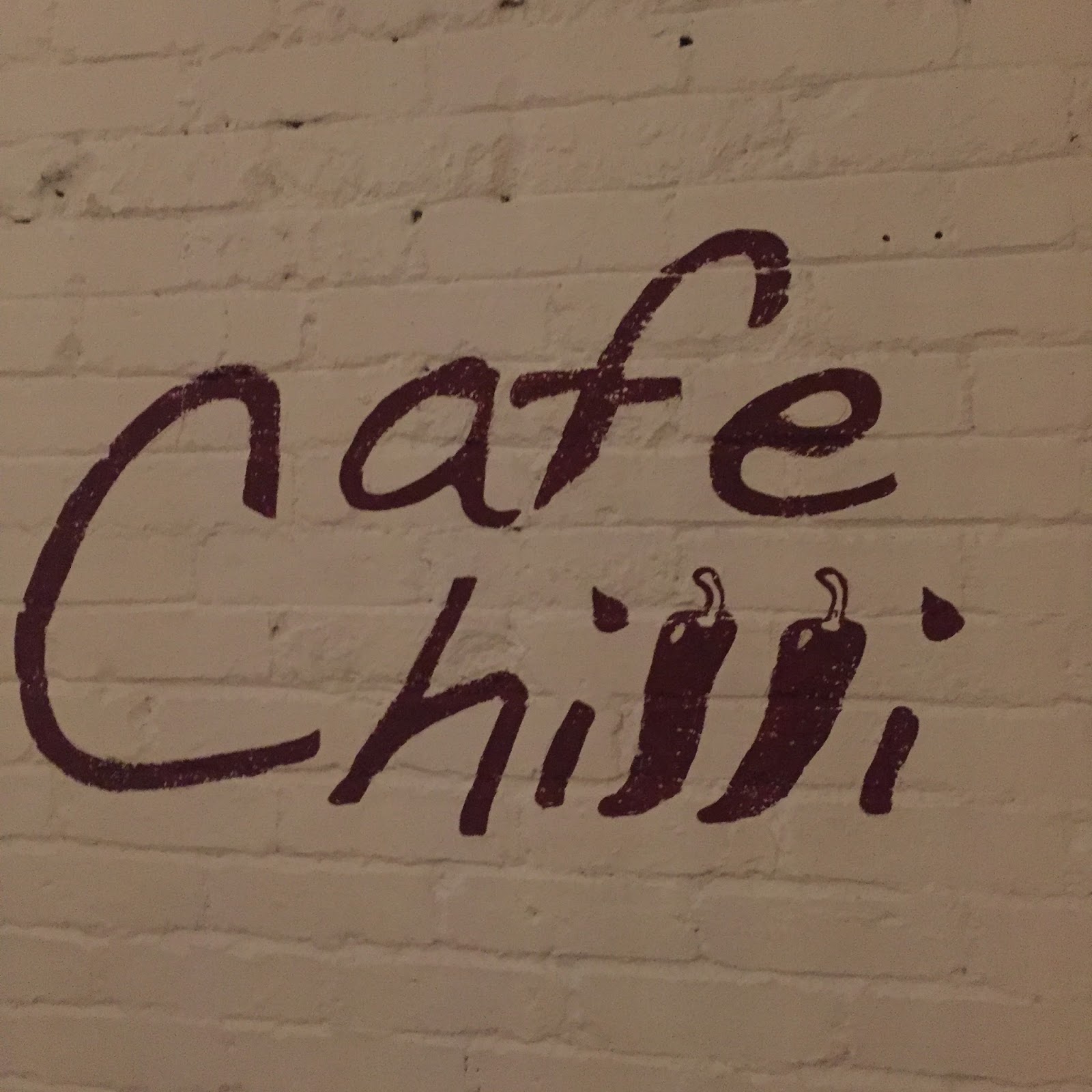 I get a lot people asking me about good Thai restaurants in Brighton, and other than UniThai, I’m always at a bit of a loss for suggestions. So when the owner of Cafe Chilli (formerly Green Mango) contacted me about coming in to review*, I was hoping I would finally have somewhere to confidently recommend.

A quick overview of the options* (in my opinion) – any I have reviewed are linked up.

‘I love Thai‘ – I really liked it but I was gutted to hear they closed a few months ago.
Giggling Squid – good, if a bit charmless. Their lunch sets are fab value.
UniThai – my favourite but not somewhere you can have a long and leisurely meal, and they don’t deliver or stay open after 8:30pm either. What they sell is delicious, and authentic, but there’s not a huge variety and the service is very definitely ‘no frills’.
Sawadee – is fine, I’ve been twice in the last few years and it’s just… fine.
Kemp Thai – I loved the first takeaway I had from there, but haven’t been back, despite it being pretty much on my doorstep. I remember it being pricey, but must add to the revisit list…
Bangkok Express– Used to be a big fan but it’s very inconsistent (other than it’s seemingly permanent 1/5 hygiene rating) and I had a truly mediocre takeaway from Thai pad Thai recently too.

*I’m sure there are lots more, these are just the ones I have tried. 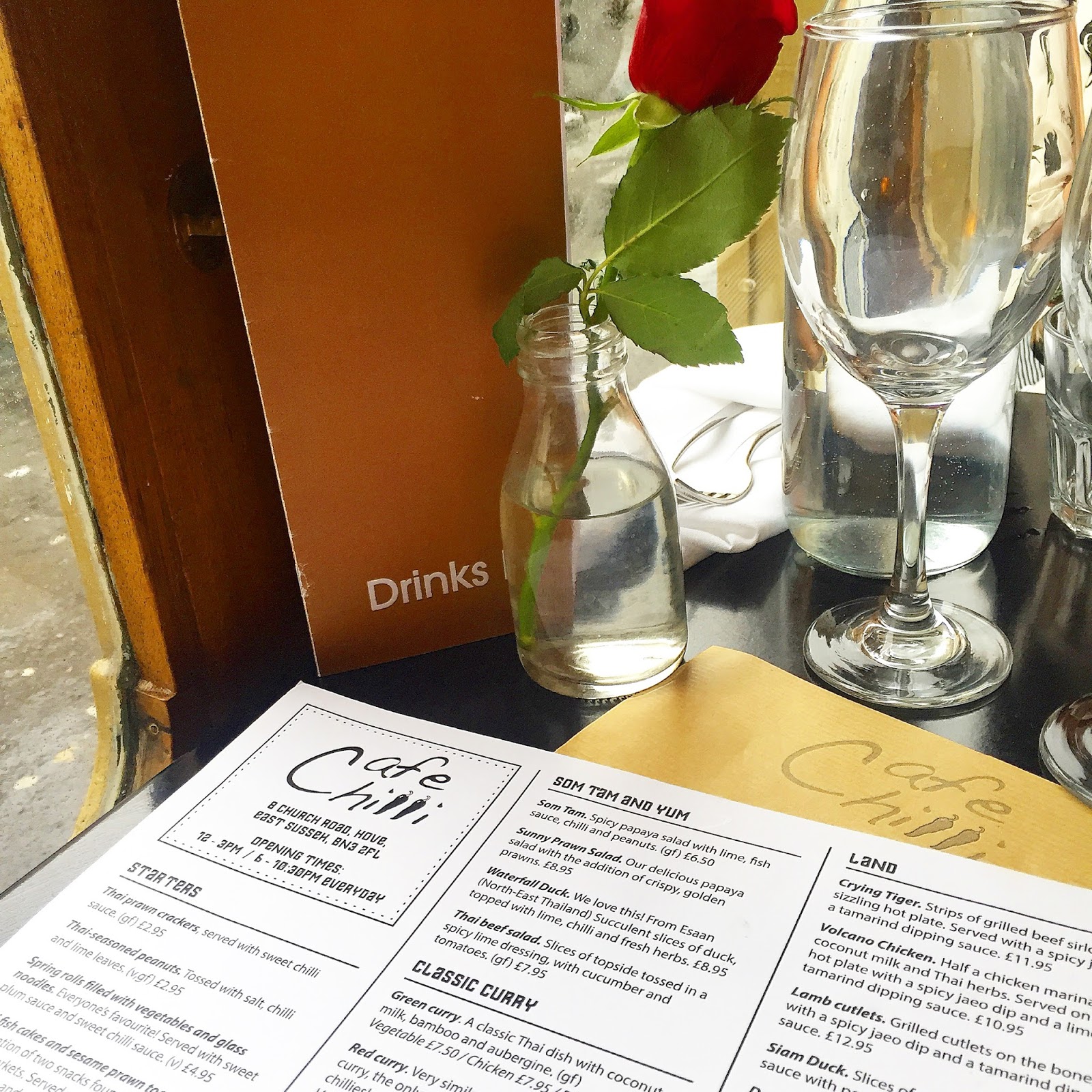 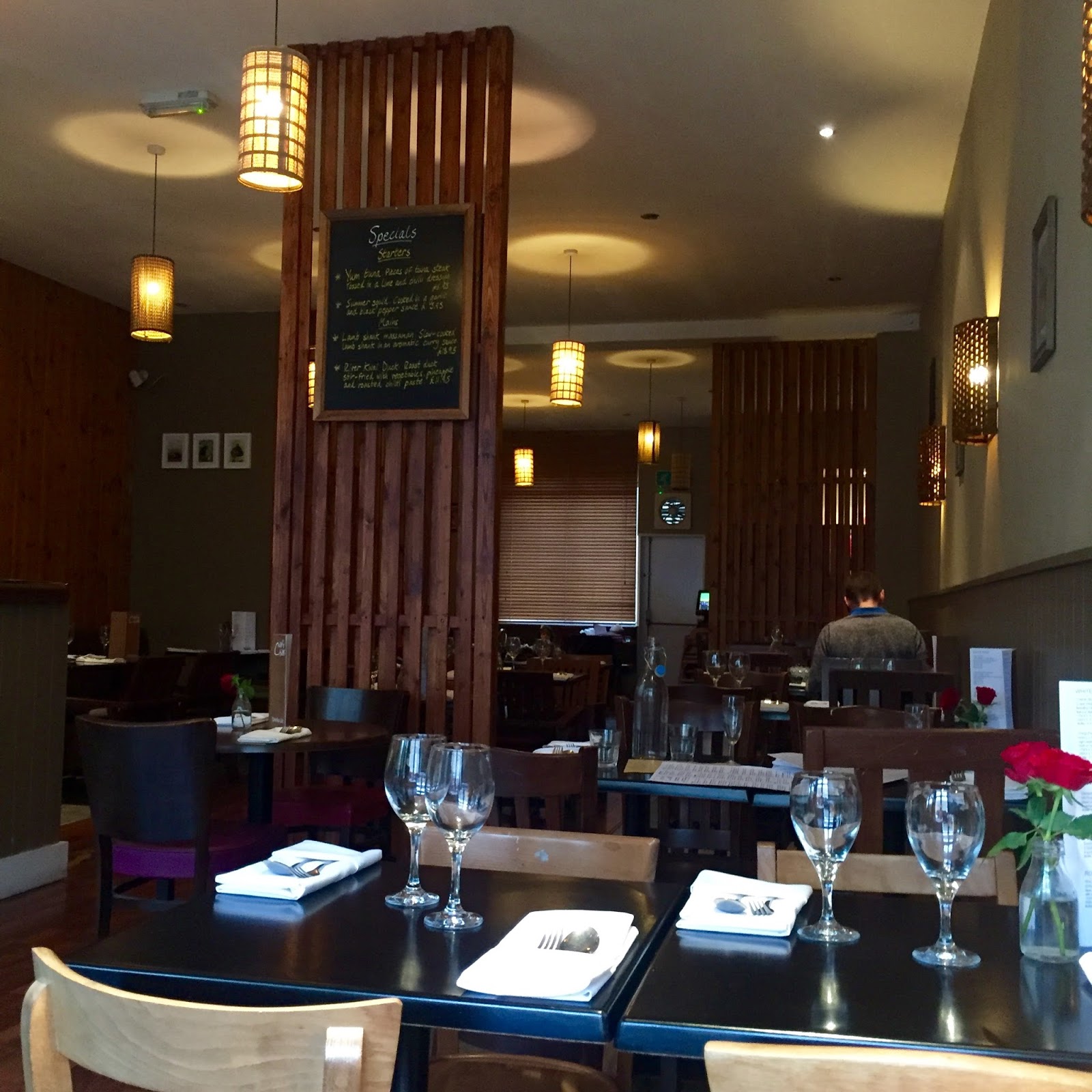 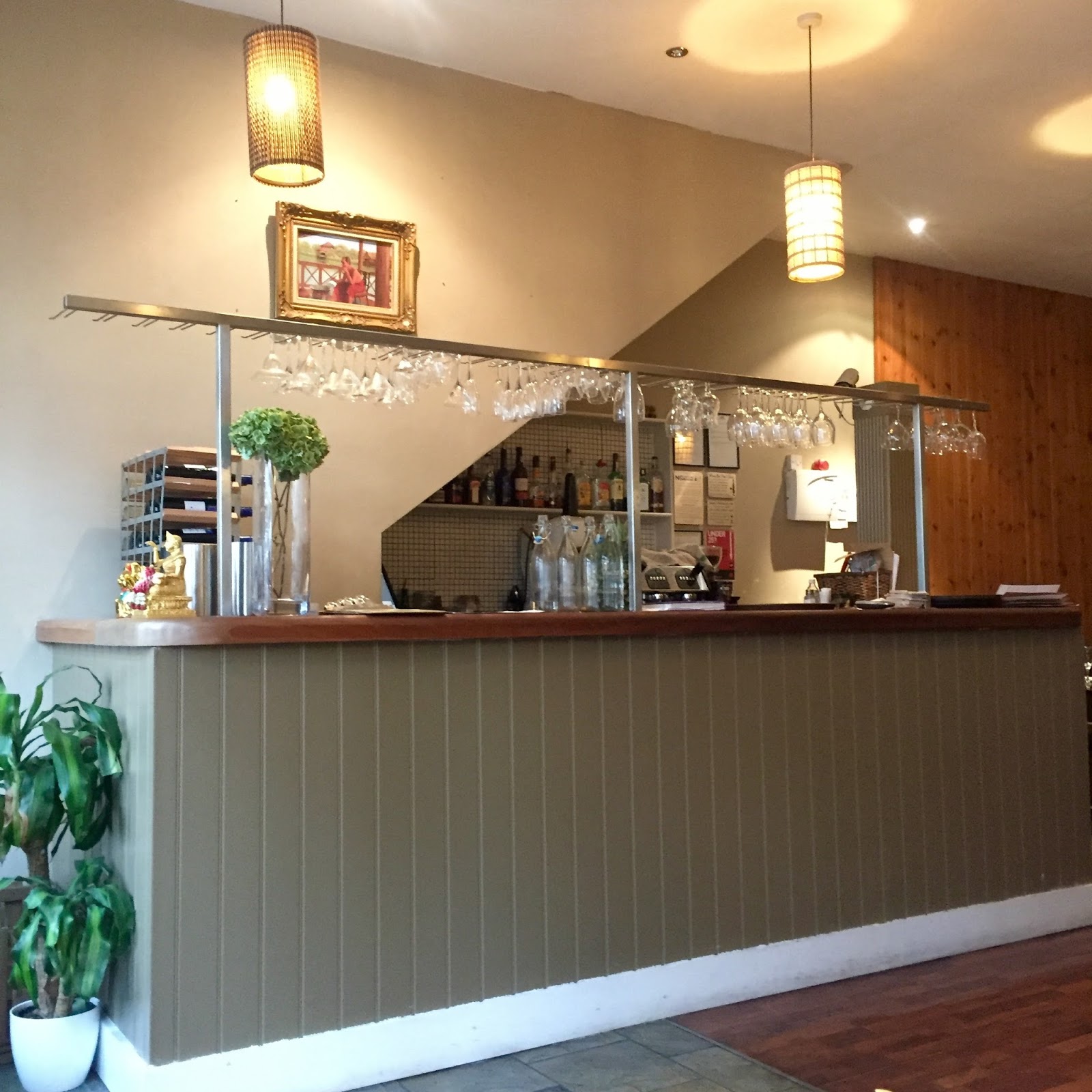 I didn’t visit Green Mango but what I remember from walking past was a lot of mint green and something altogether chintzier, decor-wise.  Its rebirth as Cafe Chilli is a stripped back, more understated interior and modernised menu, moving away from the more generic offerings often found in Thai restaurants, to include some ‘fusion’ dishes in amongst their take on old classics.

The night I visited, the floor was entirely manned by the owner Seb (with a cameo appearance from his adorable little girl) and he was such a nice man. So nice in fact that it pains me that this review isn’t going to be the rave write up I genuinely hoped it might be. 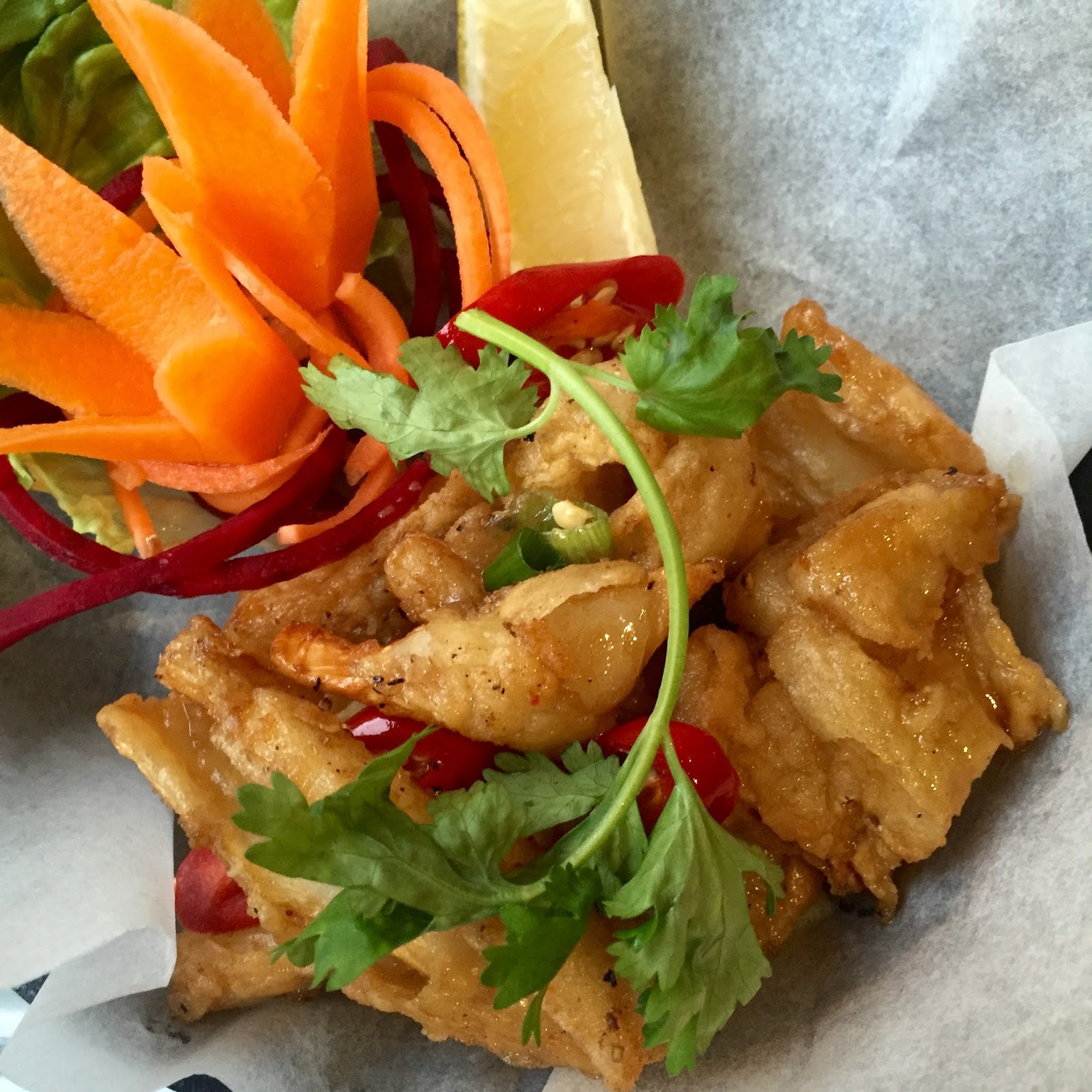 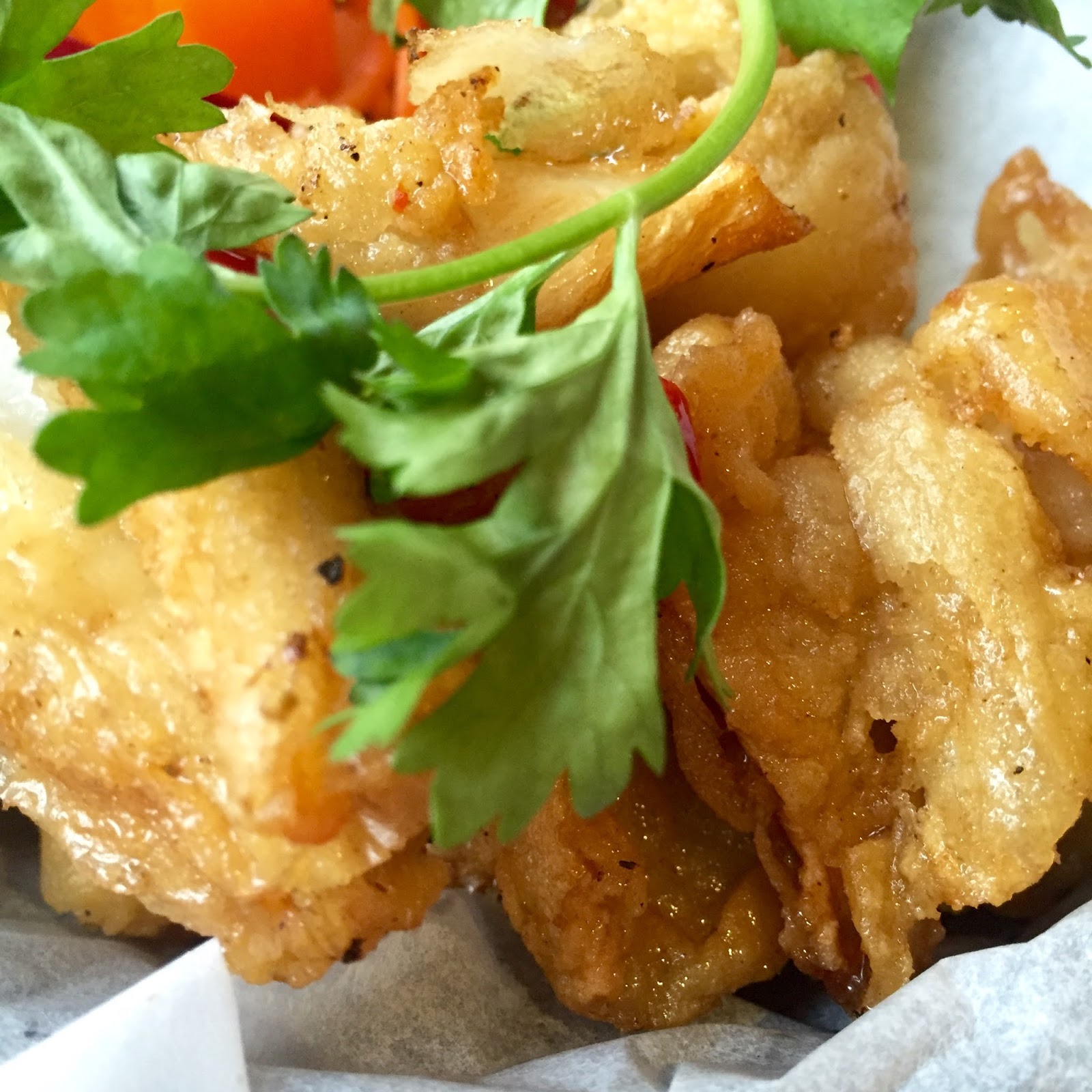 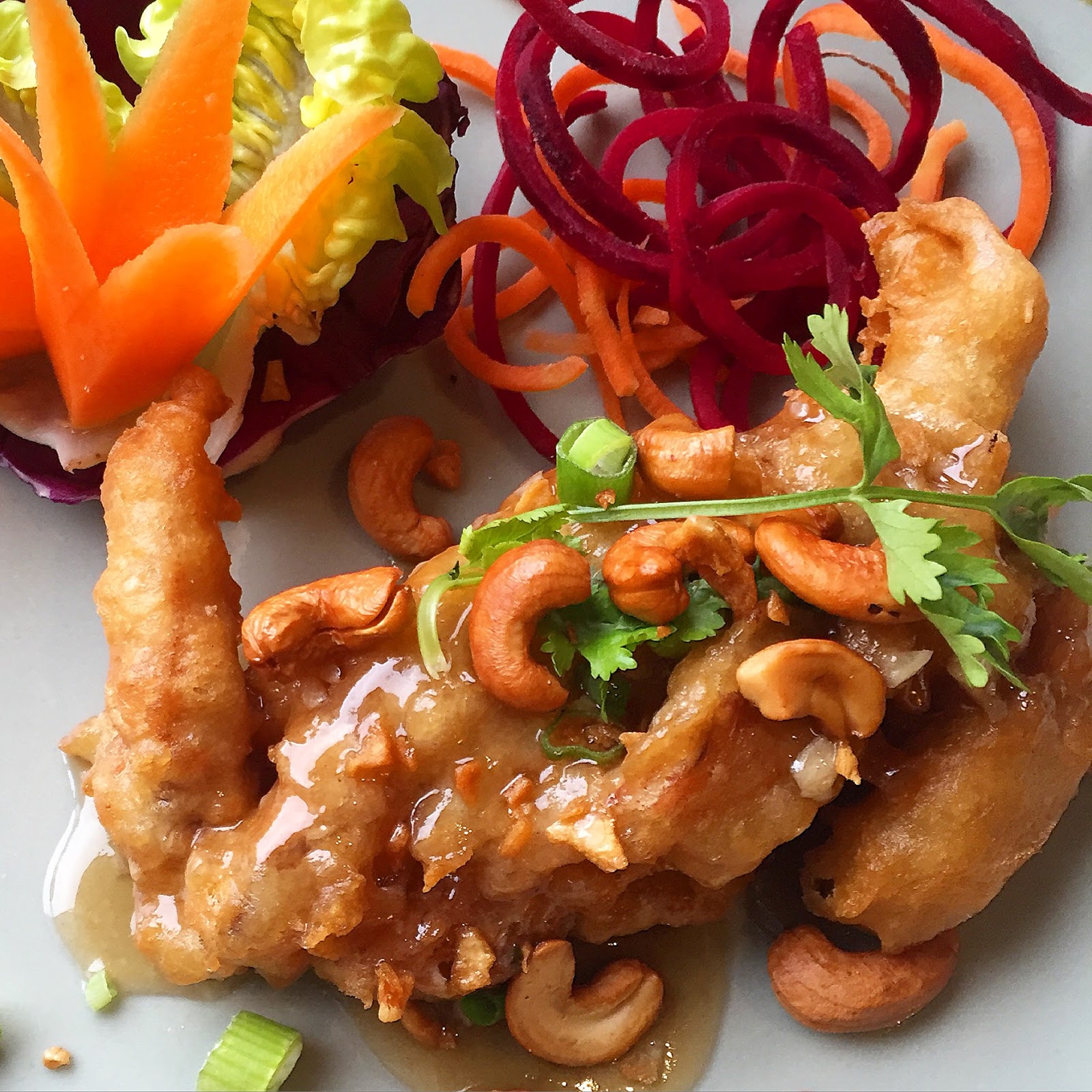 The crispy chilli squid (£5.95) is something I’ll always order if it’s on the menu and this fell at the average end of the spectrum. Well seasoned but not especially crispy, it was a good size portion, not the best I’ve had at all, but definitely not the worst.

I was thrilled to see soft-shell crab (£6.95) to start, it’s creeping onto more and more menus in Brighton recently, I had some delicious ones last week, in the cocktail bar of The Harbour hotel, but unfortunately for Cafe Chilli theirs was a different league, a lower league. A whopping great thing, possibly the biggest I’ve ever eaten, it was coated in twice the amount of batter than I felt it should’ve been, meaning that it was stodgy and heavy, instead of the crispy and light, as I’m sure the chef had intended. It had retained a lot of oil which was less noticeable when eaten with the garlic sauce. I didn’t hate it, it just had a long way to go to be something special. 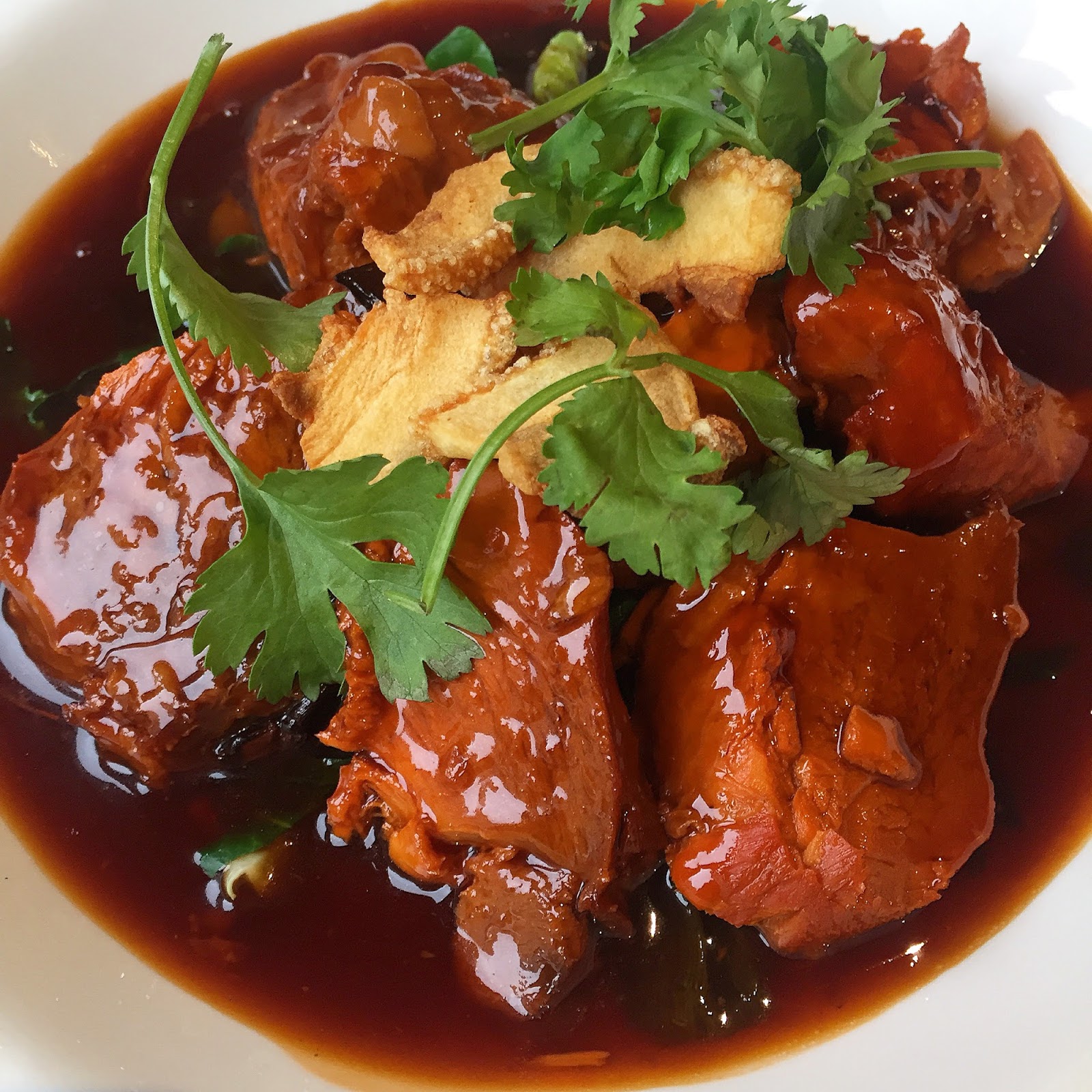 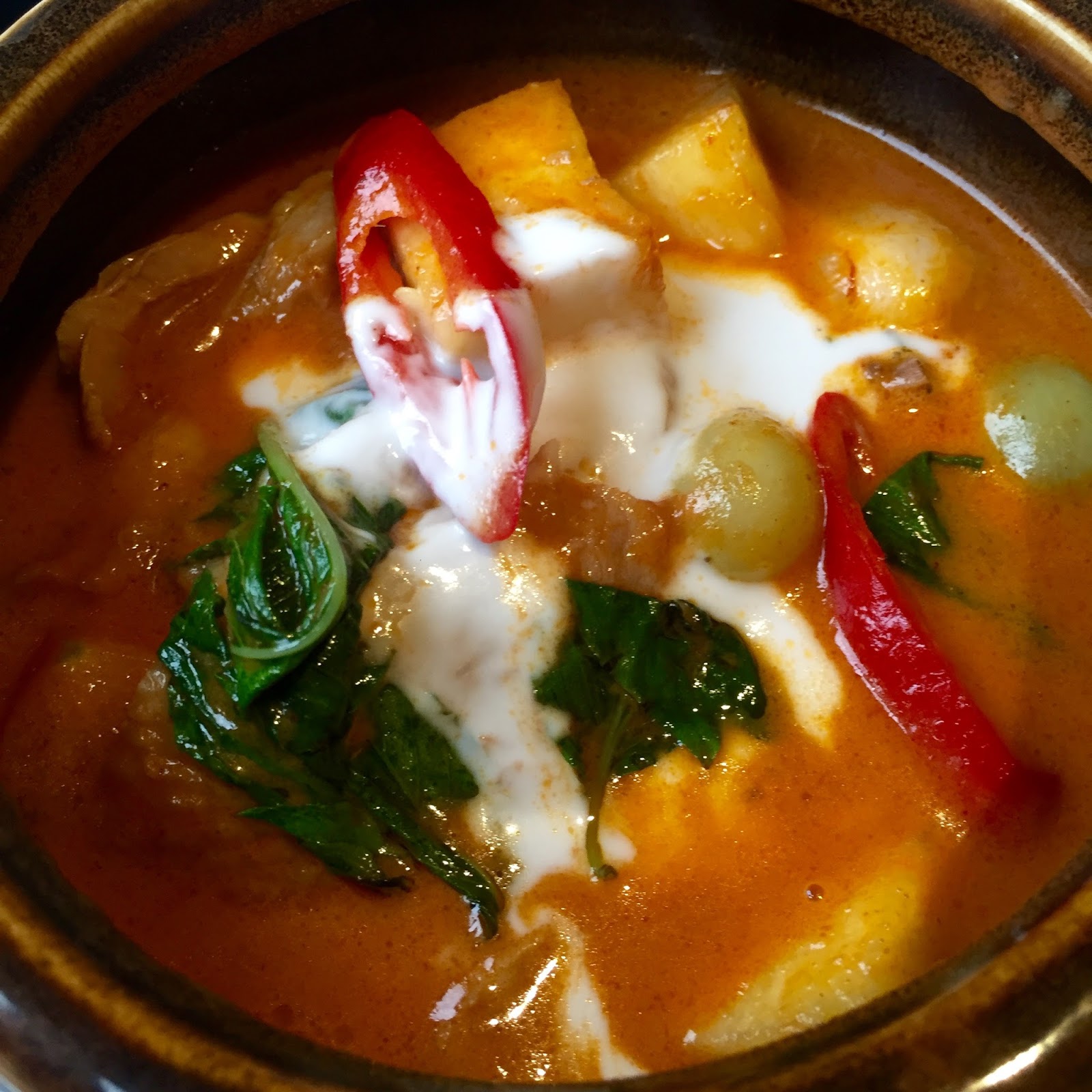 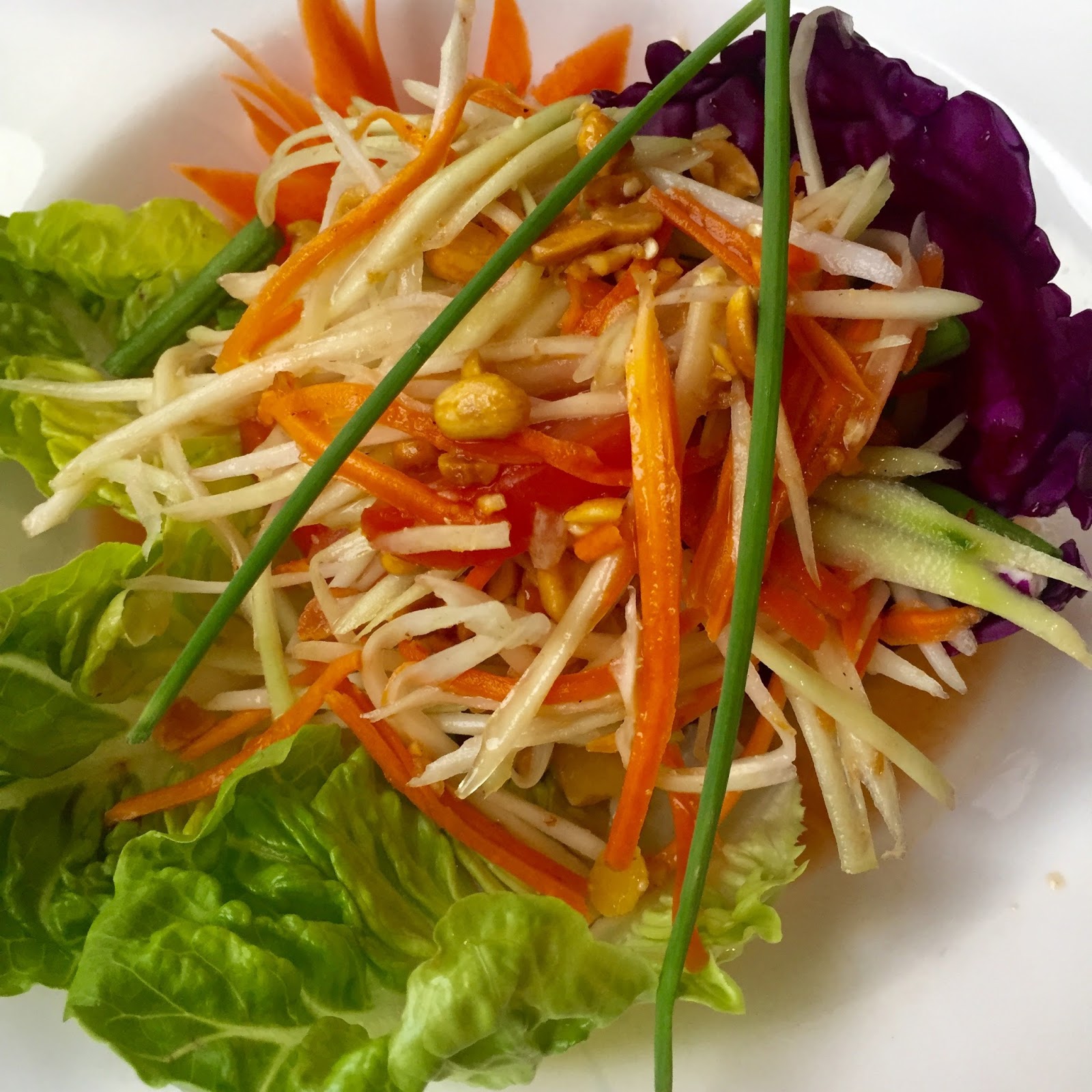 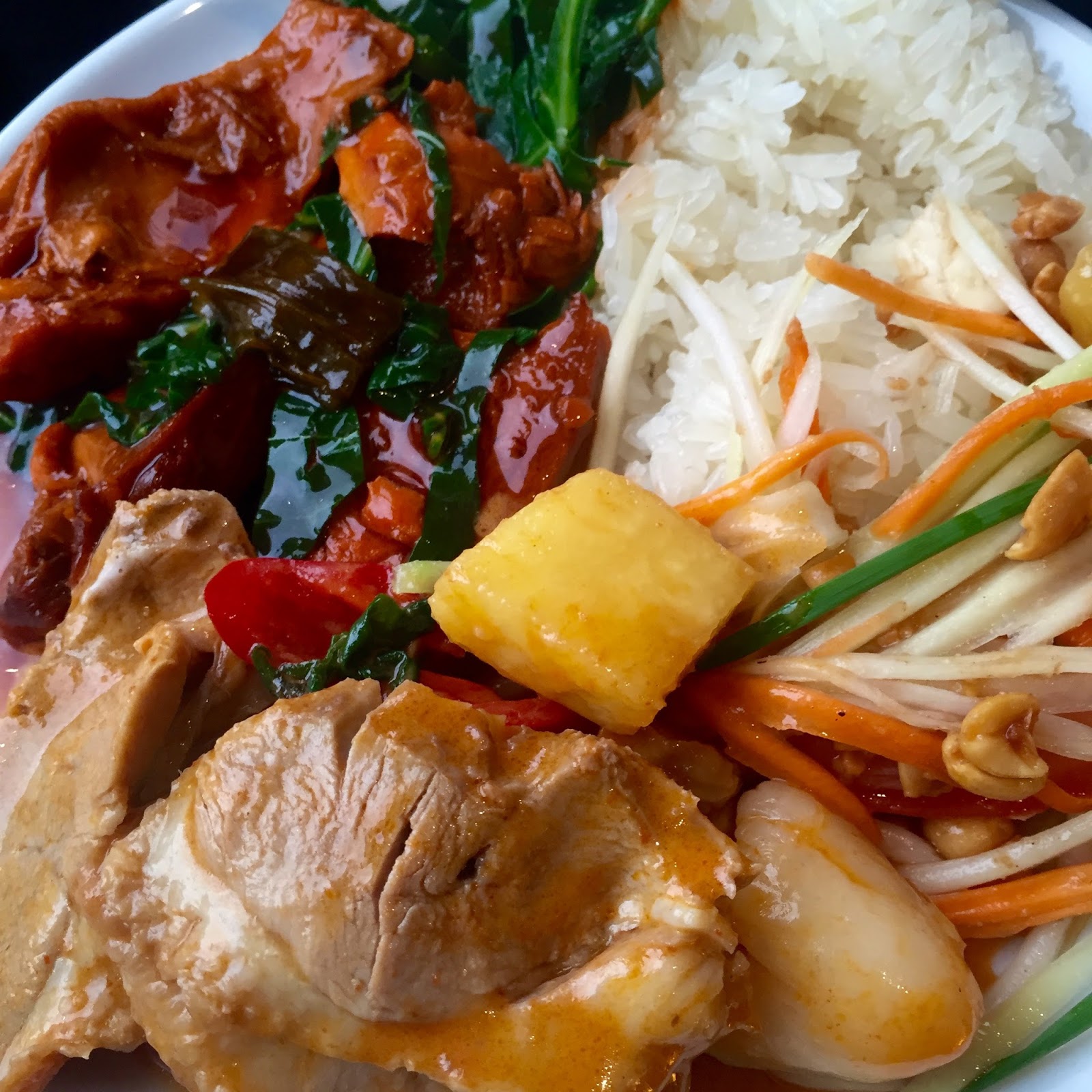 The mains didn’t get off to a great start. I LOVE red curry with duck and pineapple, but this one was disappointing. The sauce had a fragrant and rich flavour to it, but the meat was rubbery and they’d left the skin on, and it was flaccid, puckered and thoroughly unappetising. The Papaya salad (£6.50) was OK, fairly scant and nothing to write home about.

However where those two dishes failed to impress, the Golden Mountain Pork (£10.50) did not – it was glorious. The meat was spoonably tender, with a generous amount of sticky and tangy sauce that didn’t have a hint of that rank syntheticy flavouring that’s sometimes present in this type of dish. The crackling finished it off with a flourish of salty crunch. I’d go back just to eat this again, although sadly it’s not available on their pared down menu for Deliveroo, which is a pity. But if you’re eating in, it’s an absolute must-try. 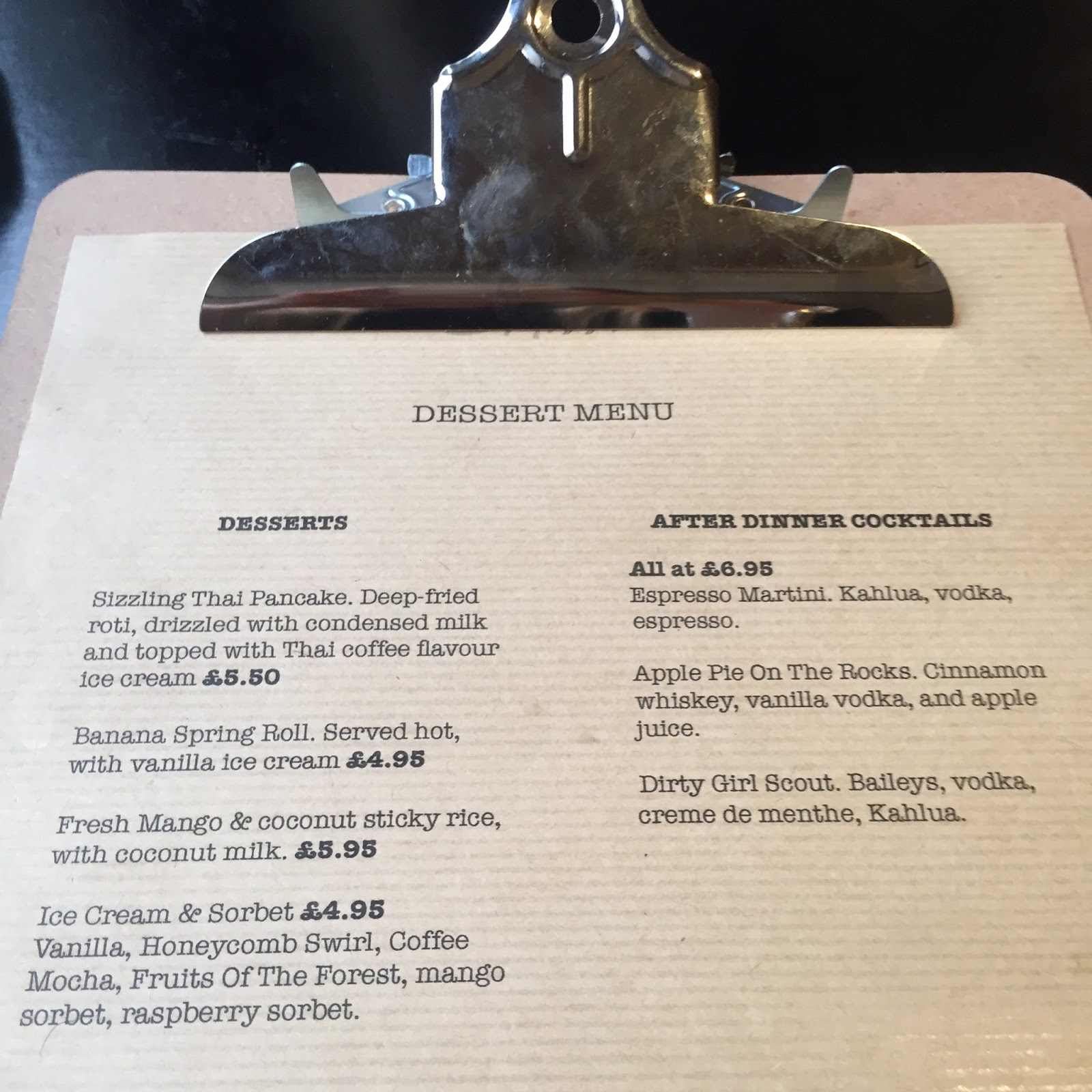 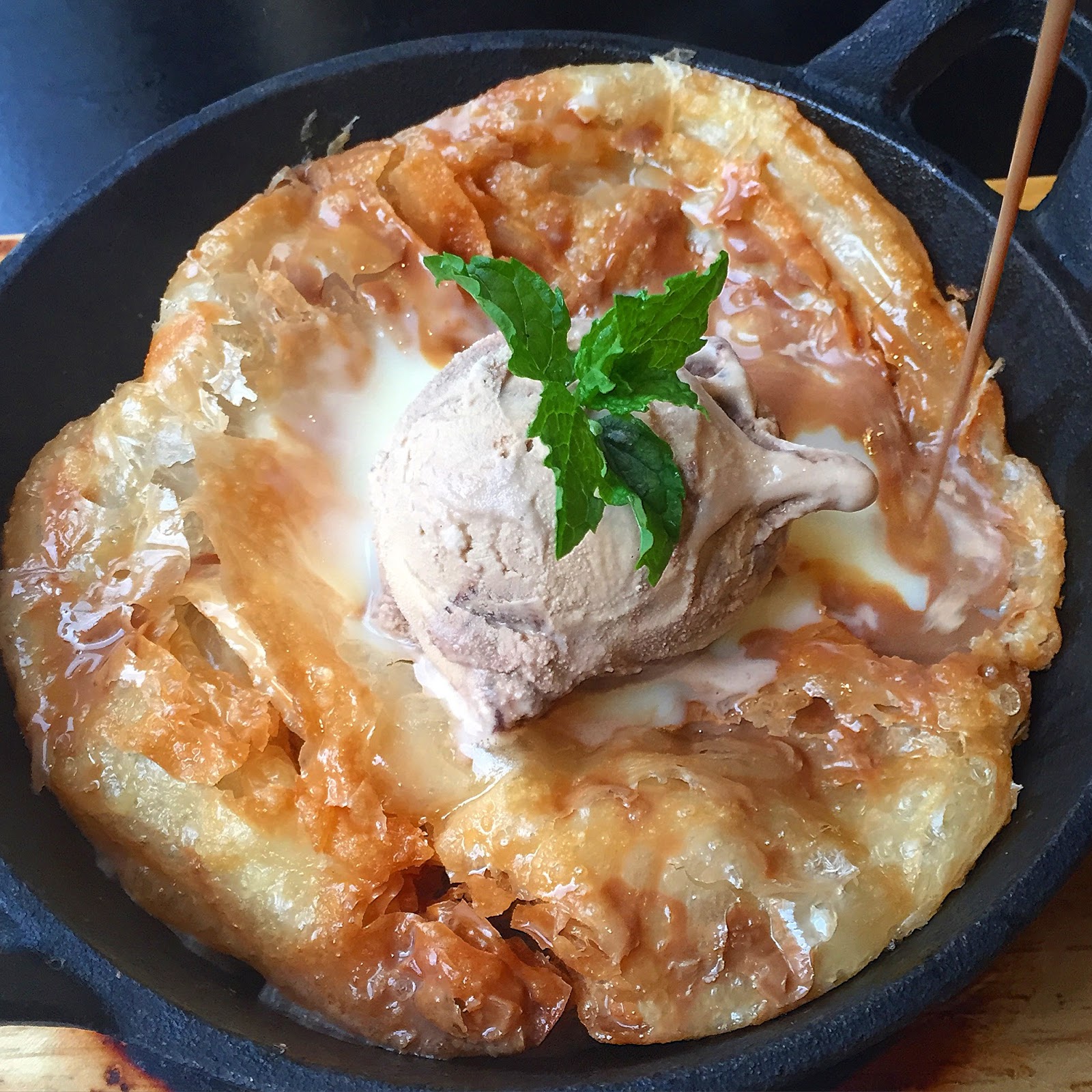 I never usually have dessert in Asian restaurants, but oh my gosh, I am so glad I did, definitely a case of saving the best ’til last. Much as I loved the pork dish, the Thai Pancake (£5.50) was the one.

Served in a red-hot skillet, the fried roti was flaky, crisp and drizzled in lashings of sweet condensed milk then topped with a scoop of coffee icecream and espresso poured over it which sizzled pleasingly. Definitely not for the faint of heart (calorie-wise) but I’d highly recommend saving some room and ordering one, I’ve thought of it often since my visit *swoon*. 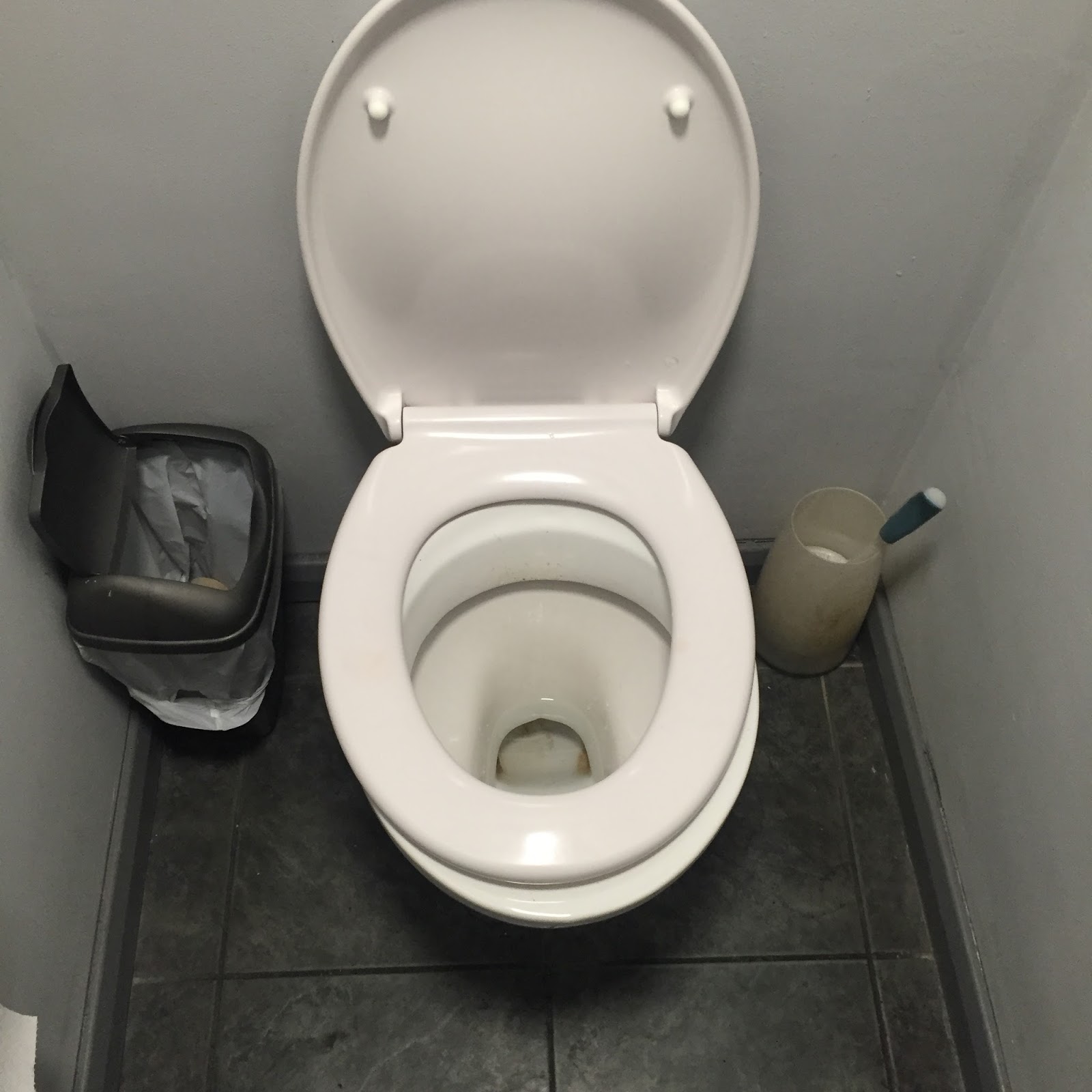 I can’t mince my words on this one, the toilet and the sink both needed a bloody good clean, both my my friend and I were pretty shocked by how gross it was. If you think I’m being a pedant/vulgar when it comes to my standards and beliefs re the importance of a venue’s lavatories – read this -Big Hospitality magazine agrees with me. They don’t need to be new or swanky, just clean and non gag-inducing, would suffice. 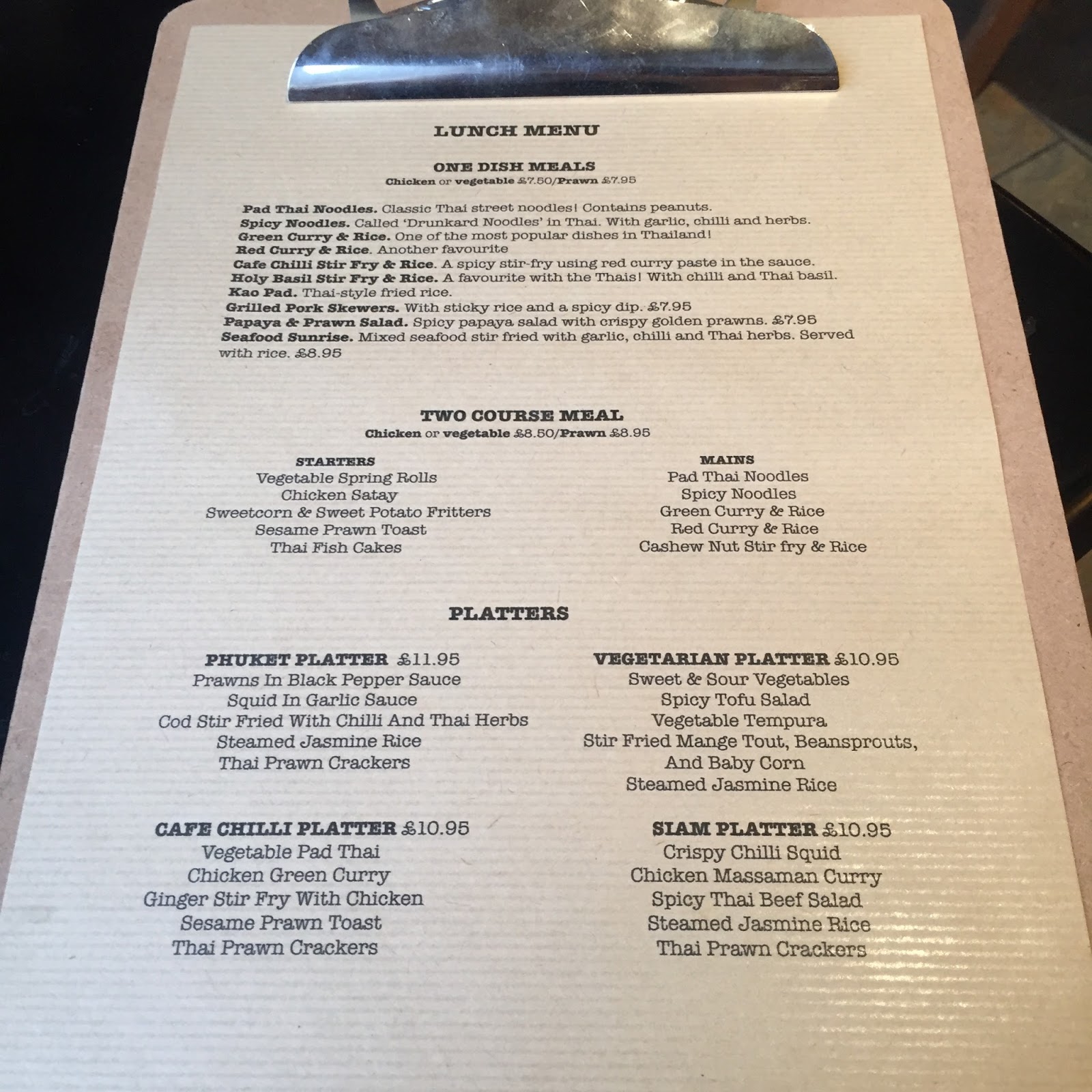 As you can probably tell, my feelings on Cafe Chilli can’t be anything other than mixed, purely because of the inconsistency of my experience. Half of the meal tasted like it came from an upmarket Thai restaurant which offers something a bit different to most of the other places in the city, where I’d love to eat again… But the other half, well, it was like something you’d get from an ‘ok’ Thai takeaway on ‘Just Eat’.

The owners are clearly very passionate about what they do and have gone to great lengths to ensure authenticity when it comes to the menu and ingredients. With a few tweaks, some refining and a deep clean of the bathroom, I think this place could be fantastic.

Where’s your favourite place to eat Thai food in Brighton or Hove? Have you tried Cafe Chilli? Post in the comments section or hit me up on my social networks (links below).