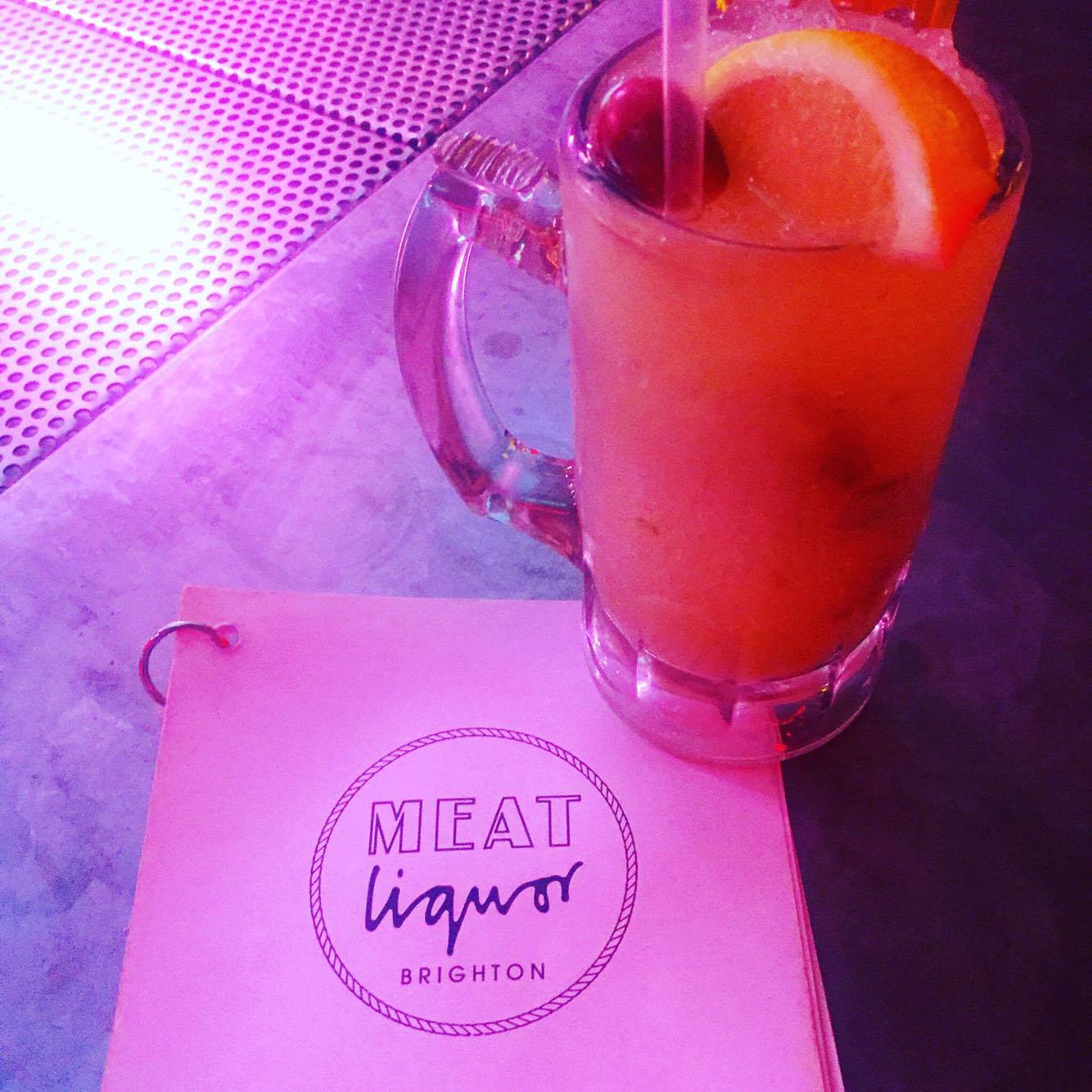 Recently my flatmate messaged me telling me she had some bad news… I thought she was going to tell me she was moving out, but actually, she had become a vegetarian. I’m not going to lie, I was pretty distraught, but after I came to terms with her bombshell, I decided I should try to be supportive, so the invitation* to come and try out MEATliquor’s limited edition vegetarian specials came at just the right time.

If ever there was a restaurant which is not synonymous with vegetarian food, I’d say MEATliquor is pretty up there. My colleague Helen, also a vegetarian, literally gags at the mention of its name, so if I used this as a barometer of feeling about this restaurant from the non flesh consuming community, MEATliquor were going to need to do something pretty spectacular to win them over.

FULL DISCLAIMER: I am friendly with the team who work at MEATliquor Brighton, as well as the senior management and owners, this in no way affects anything I write about them. 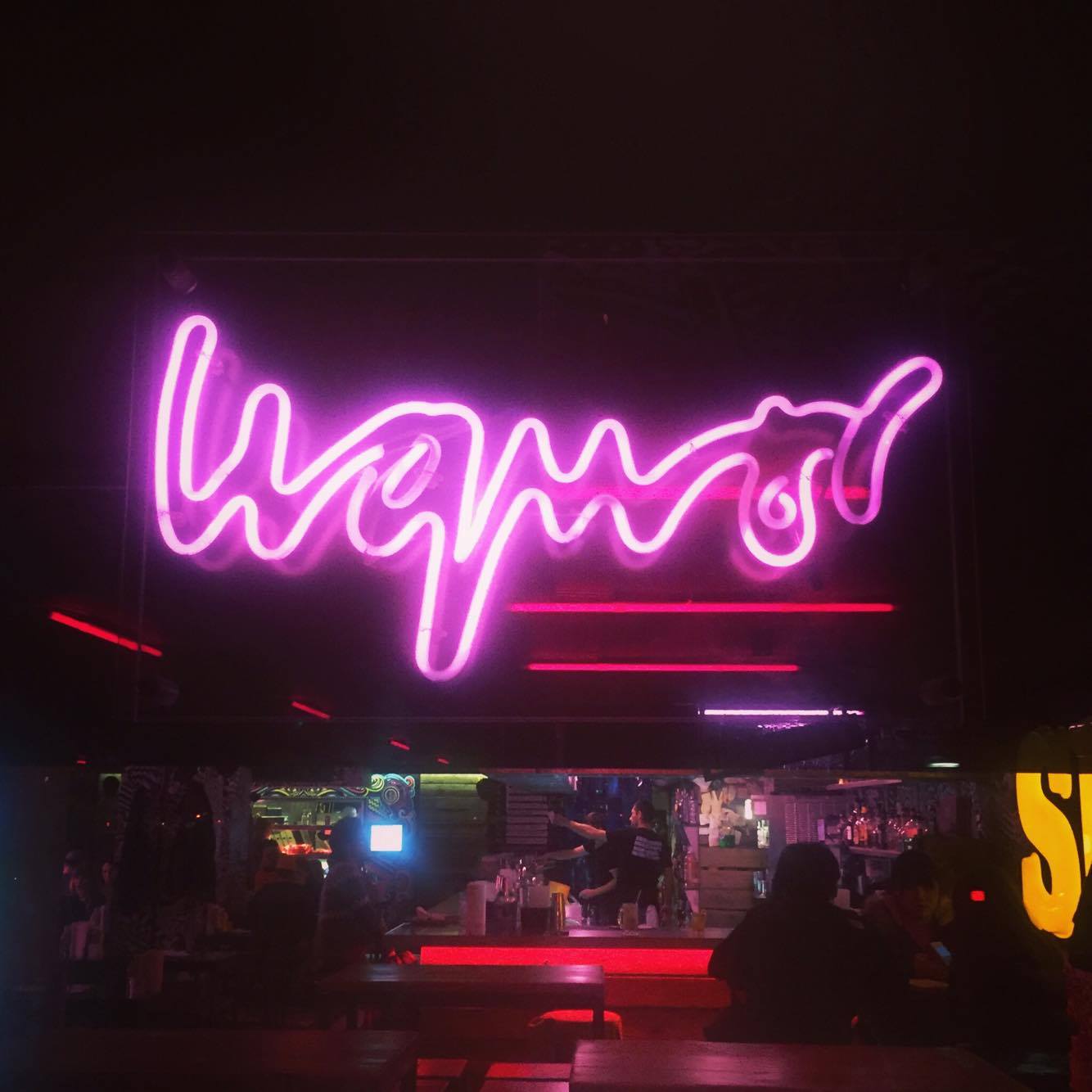 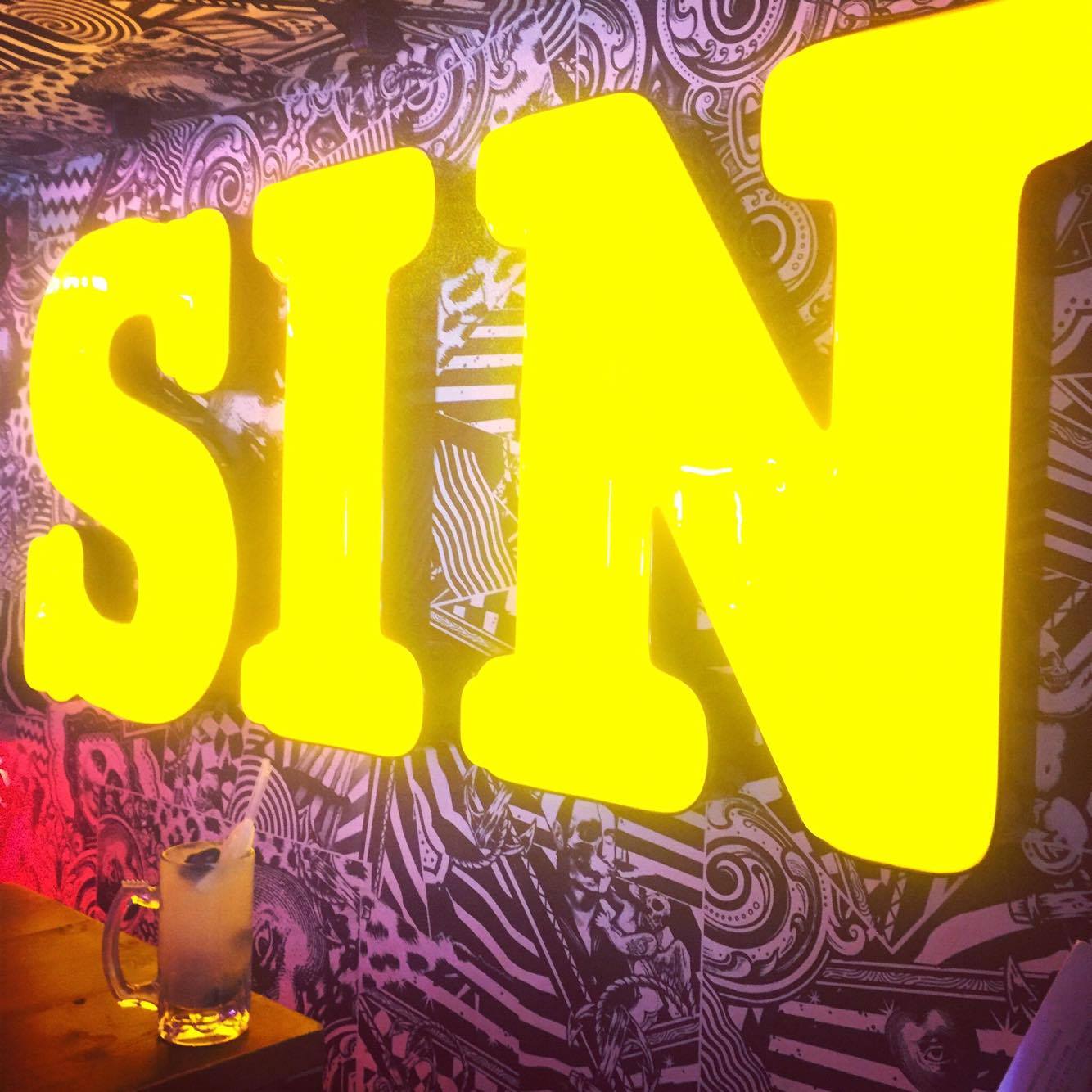 Expect Grafitti, neon, loud colours and even louder music,  I used the term ‘a migraine sufferers worst nightmare’ in my last review, but the same goes for MEATliquor. If quiet, refined dining with a knife and fork is what you’re after, then you’re going to be shit out of luck. But if fun, filth and finger food is your bag… well, you’re going to be as happy as a pig in the proverbial. 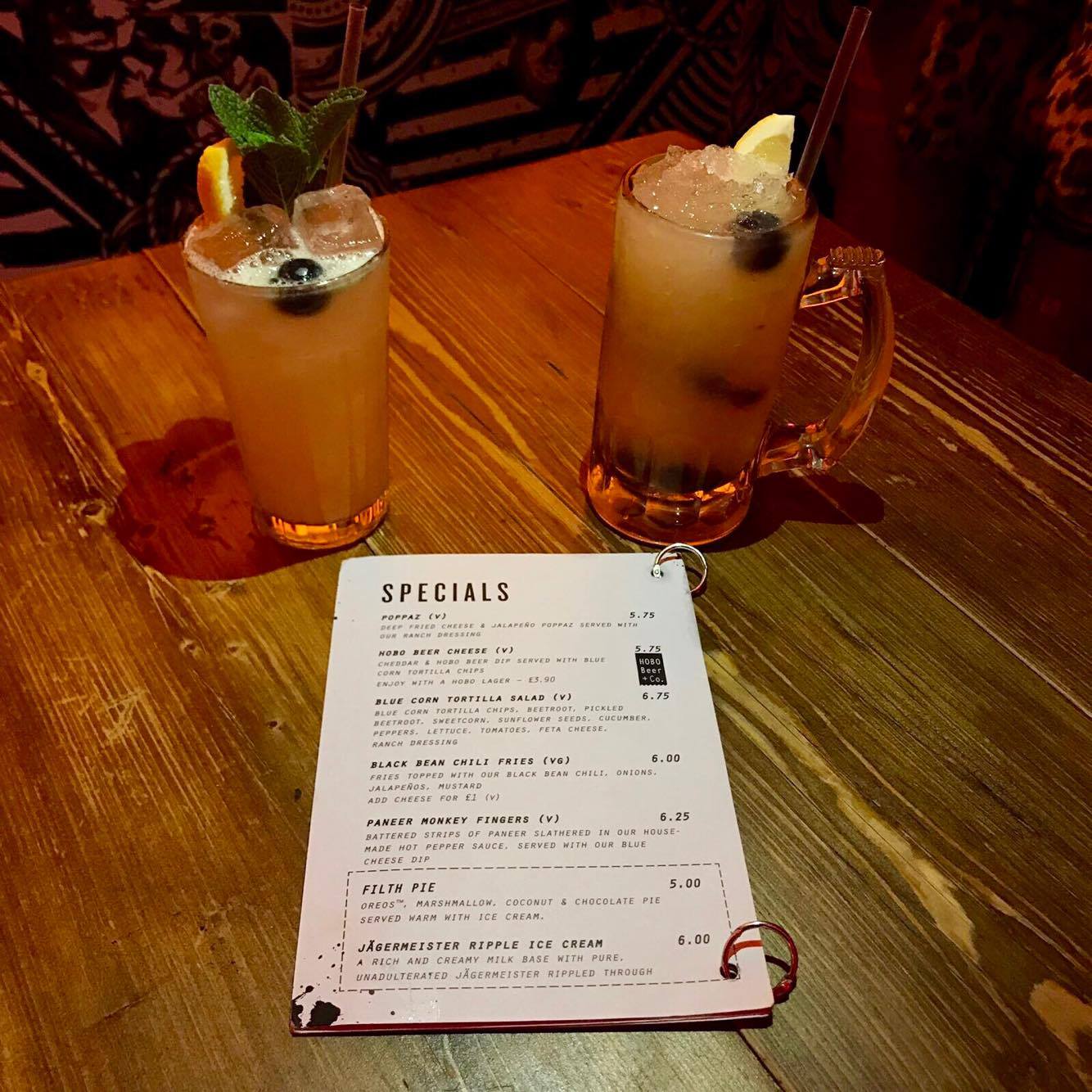 With a strapline of ‘come hungry, leave wobbly’ one would expect the drinks to have a kick to them, and  I can vouch for the fact that yes, yes they do. Some of the worst hangovers/drunken behaviour of my life have been courtesy of the bar at MEATliquor Brighton – you have been warned.

In terms of recommendations, the long and citrusy ‘summer of love’ is the one I return to again and again, the house grog is definitely worth a go, and if you’re wanting shots, then look no further than the pickle backs, aka a double shot of bourbon with pickle brine chaser – I know what you’re thinking, but don’t knock it ’til you’ve tried it. You know when you do a tequila shot and the lemon is meant to neutralise the rankness, but doesn’t at all? Well pickle brine does. 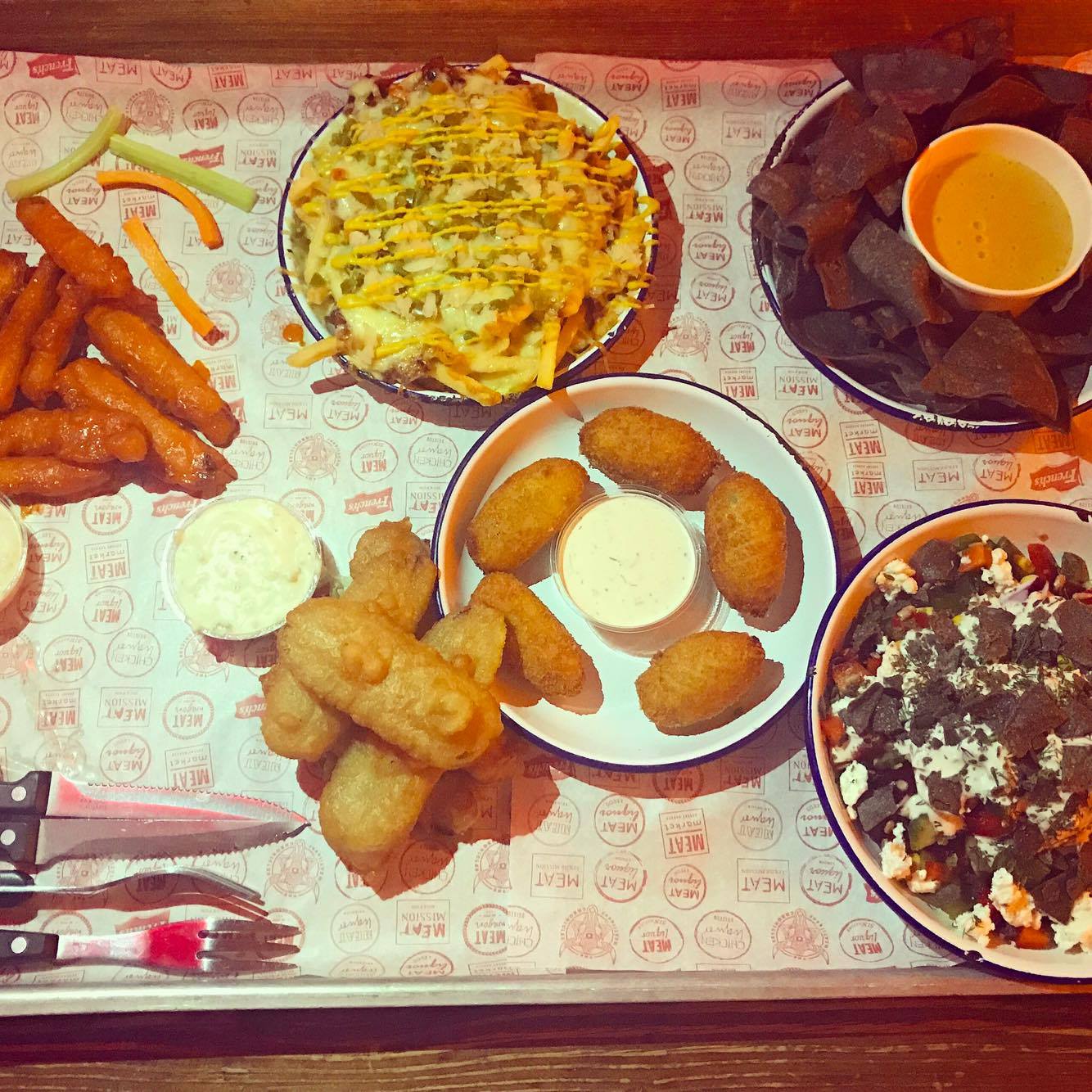 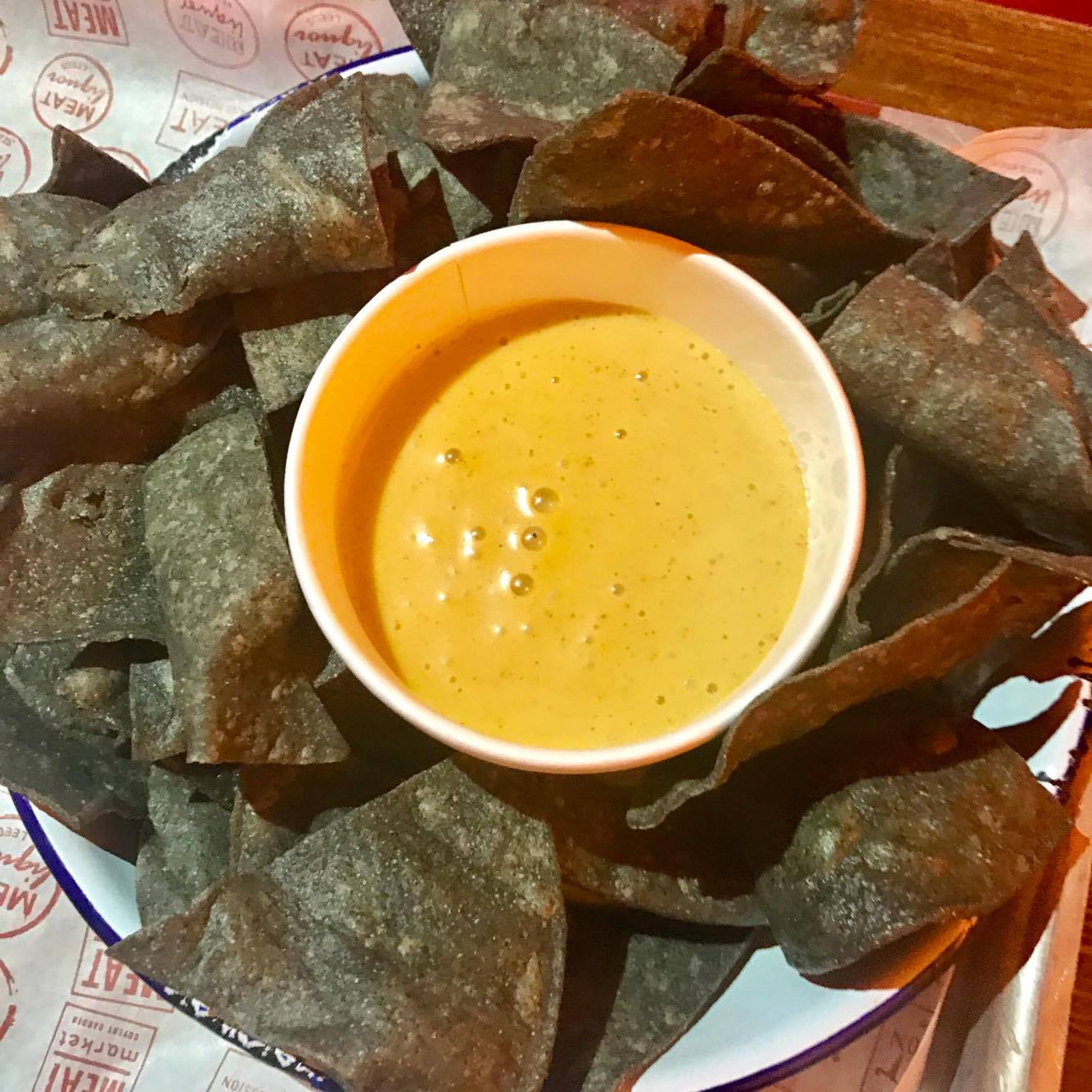 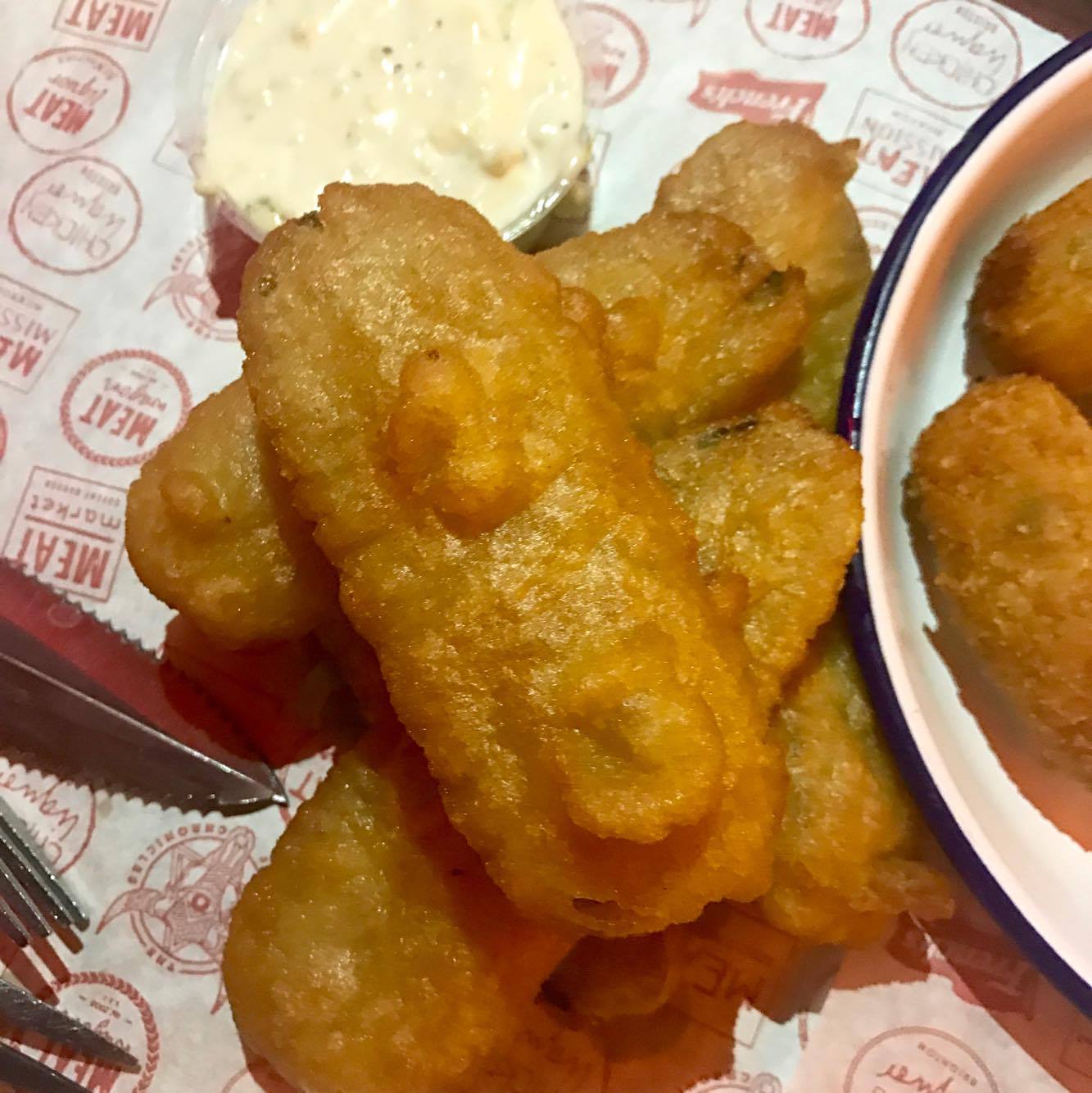 If there’s ever fried pickles on a menu I’ll always try them to see how they match up to ML’s, but as with the buffalo wings, no one else really comes close, they’re the best. End of. 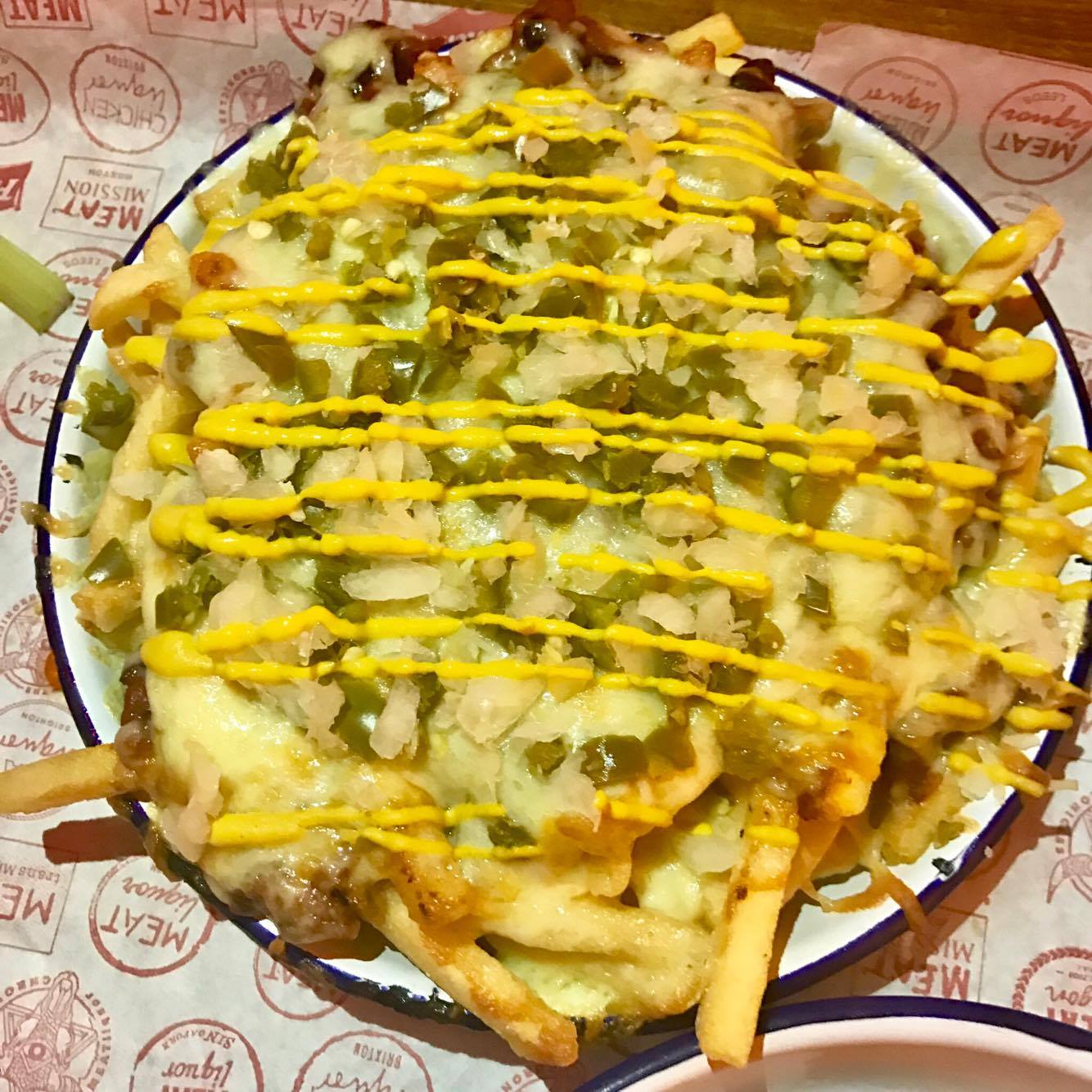 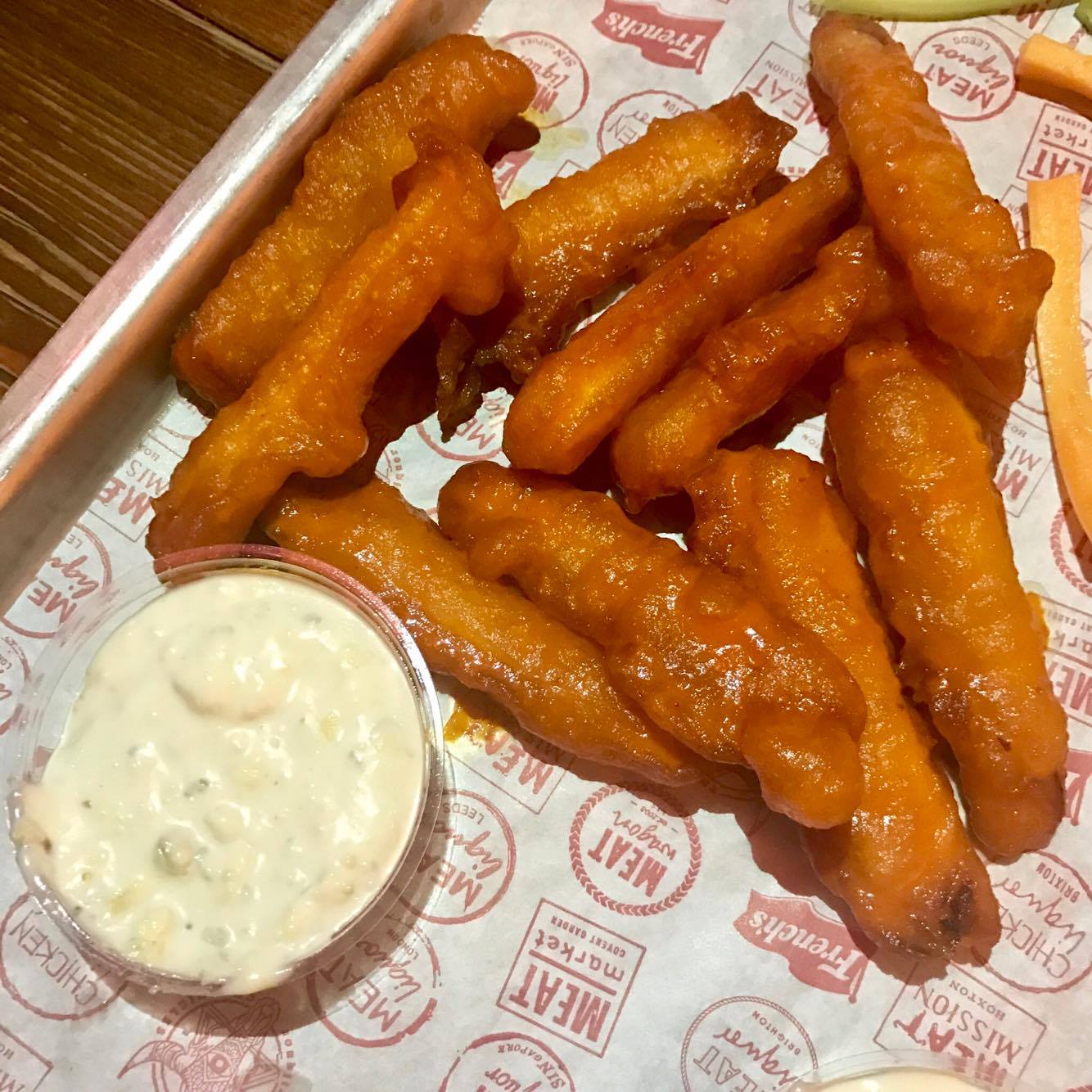 I was thrilled and relieved to see the paneer monkey fingers (£6), as the mock* meat option (that vegans I know rave about) gives me the heebie jeebies. I didn’t expect to say this, but I think i actually prefer this version to the chicken ones. The firm textured cheese was battered and deep fried, before being covered with the house-made hot pepper sauce, with blue cheese dip on the side to cool things down. The black bean chili (yes that is the correct spelling) fries (£6) are vegan without the cheese (obvs) and come loaded with chili, onions, jalapenos and mustard – these will be the only one of the specials remaining after the end of the month, but for me, the dead hippie fries are still king.

*I’m all for freedom of choice but I don’t want to eat ‘faux’ anything, especially not meat. I don’t get on with anything trying to be something it isn’t, for whatever reason. Great for vegetarians/vegans I’m sure, but not for me. 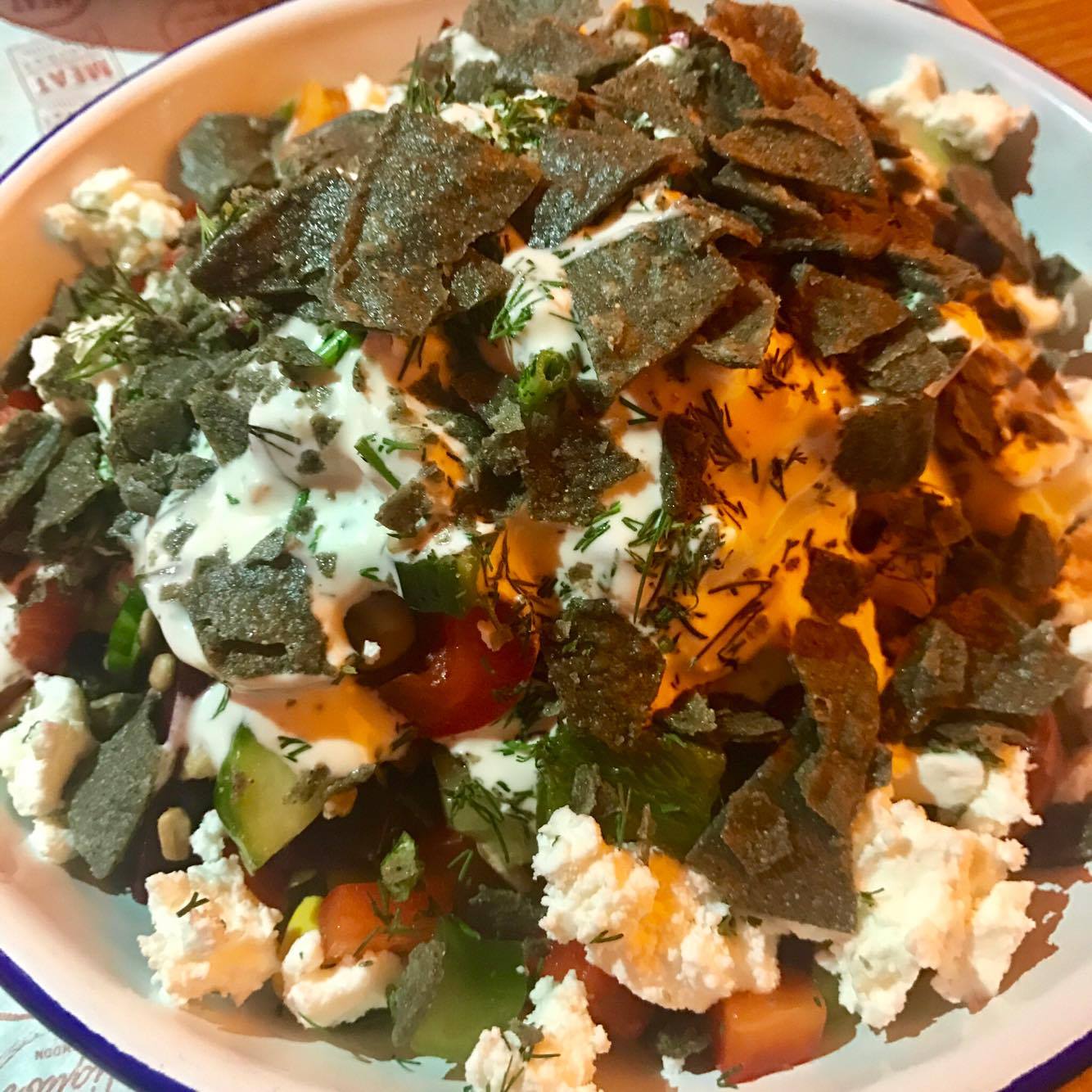 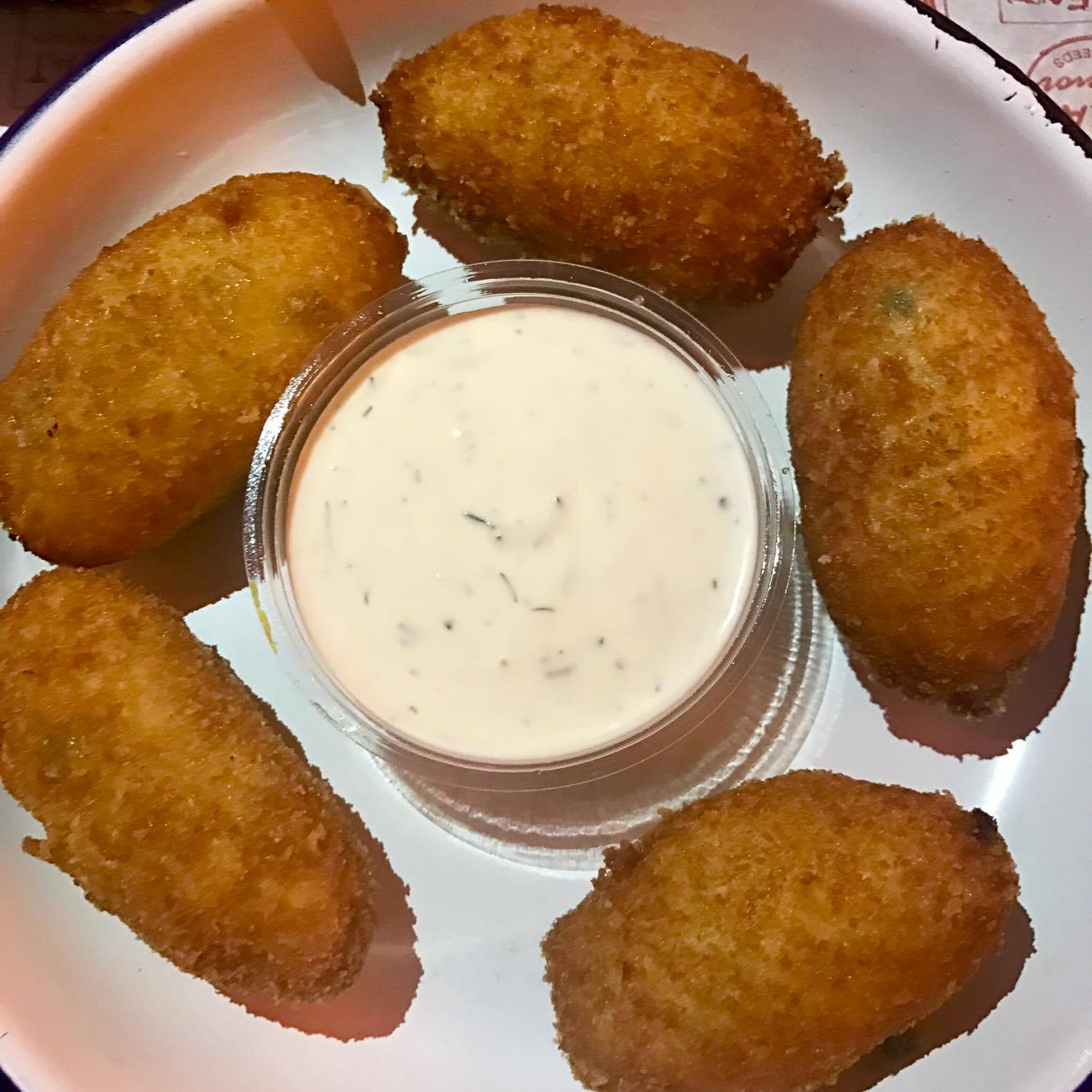 The blue corn tortilla salad (£6.75) might be considered a meal in itself if you were that way inclined, it’s an absolute beast. Feta, sweetcorn, cucumber, crushed tortilla, seeds and tomato with a generous portion of beetroot, which although still not my favourite, I’m learning not to completely detest it, and with everything else going on in the bowl, I didn’t mind it at all. It’s not often one would say a salad isn’t ‘for the faint hearted’, but it’s not.

The ‘poppaz’ (£5.75) are hefty little things, the jalapenos were diced and mixed in with the deep fried cheese, rather than whole and stuffed with it, which I liked – another of the items which I’m gutted won’t be a permanent feature on the menu. 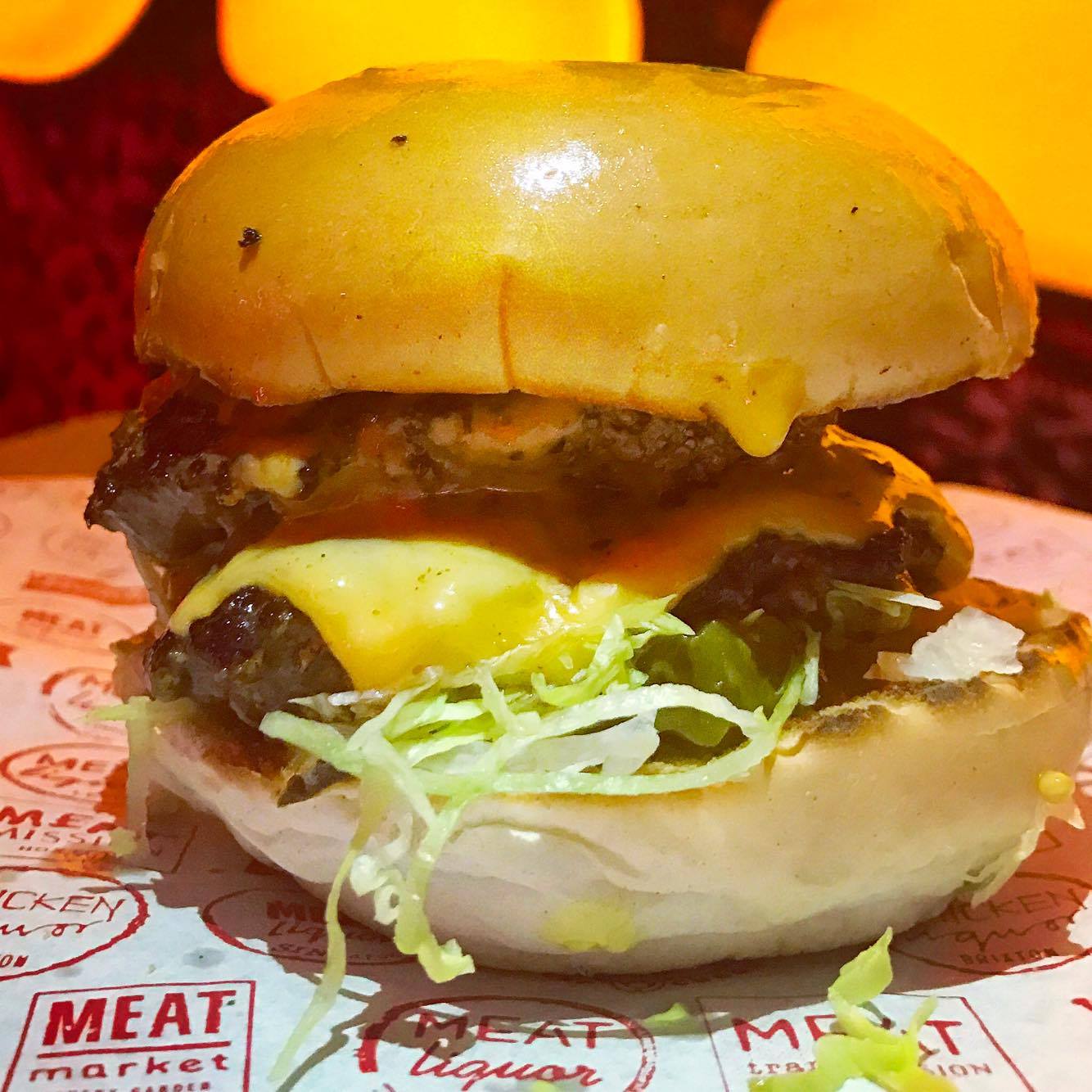 I know I was there for the meat-free options, but a Dead Hippie may or may not have fallen into my mouth during my visit… there’s a reason these burgers top the list of most ordered Deliveroo dishes… it’s because they rock. 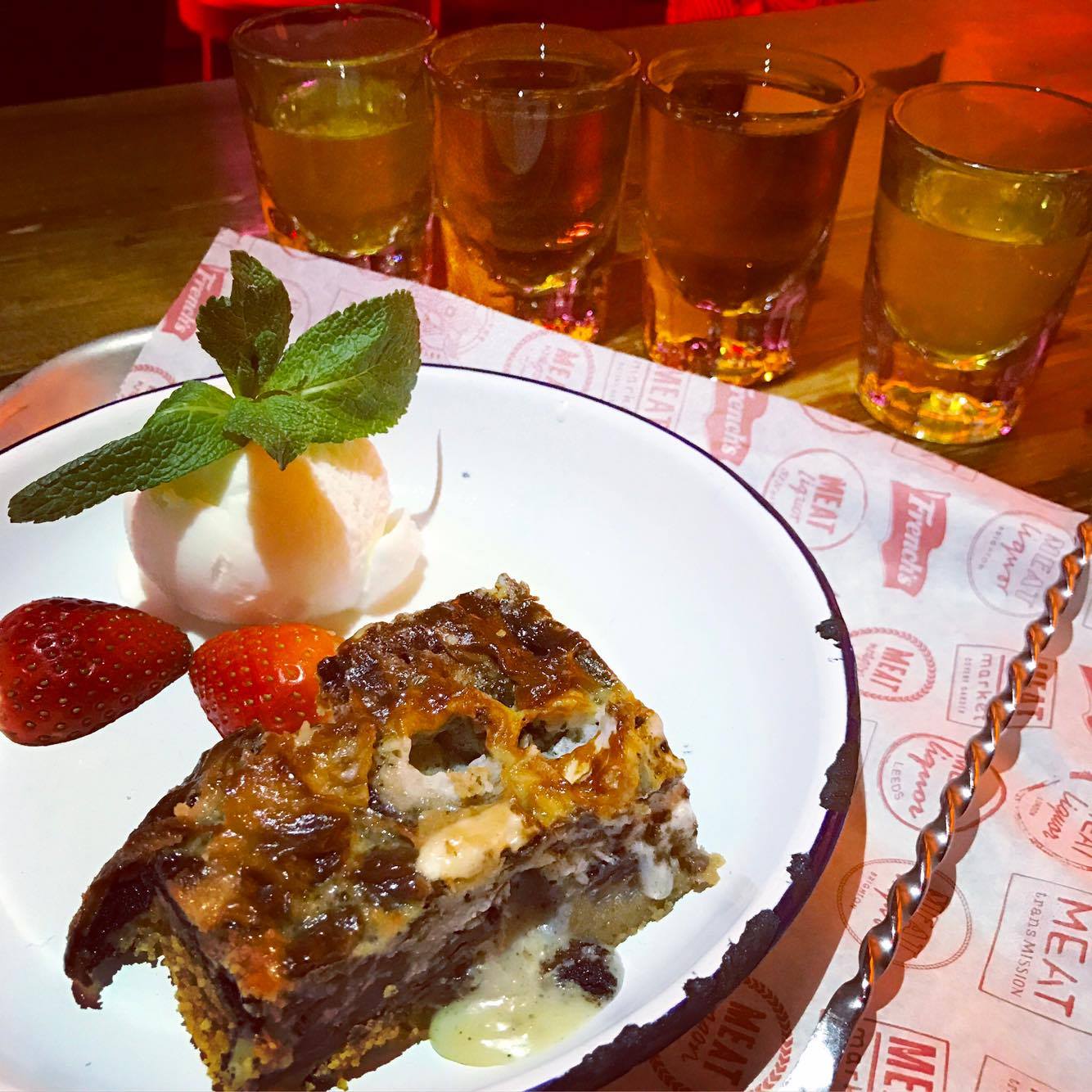 I’m not sure many but those with hardcore appetites would be able to fit in a dessert at MEATliquor, however, next time you go, I recommend you leave some room for a slice of filth pie (£5). Marshmallow, oreo and chocolate muddled together and served warm with vanilla icecream, every bit as decadent and obscene as it sounds. 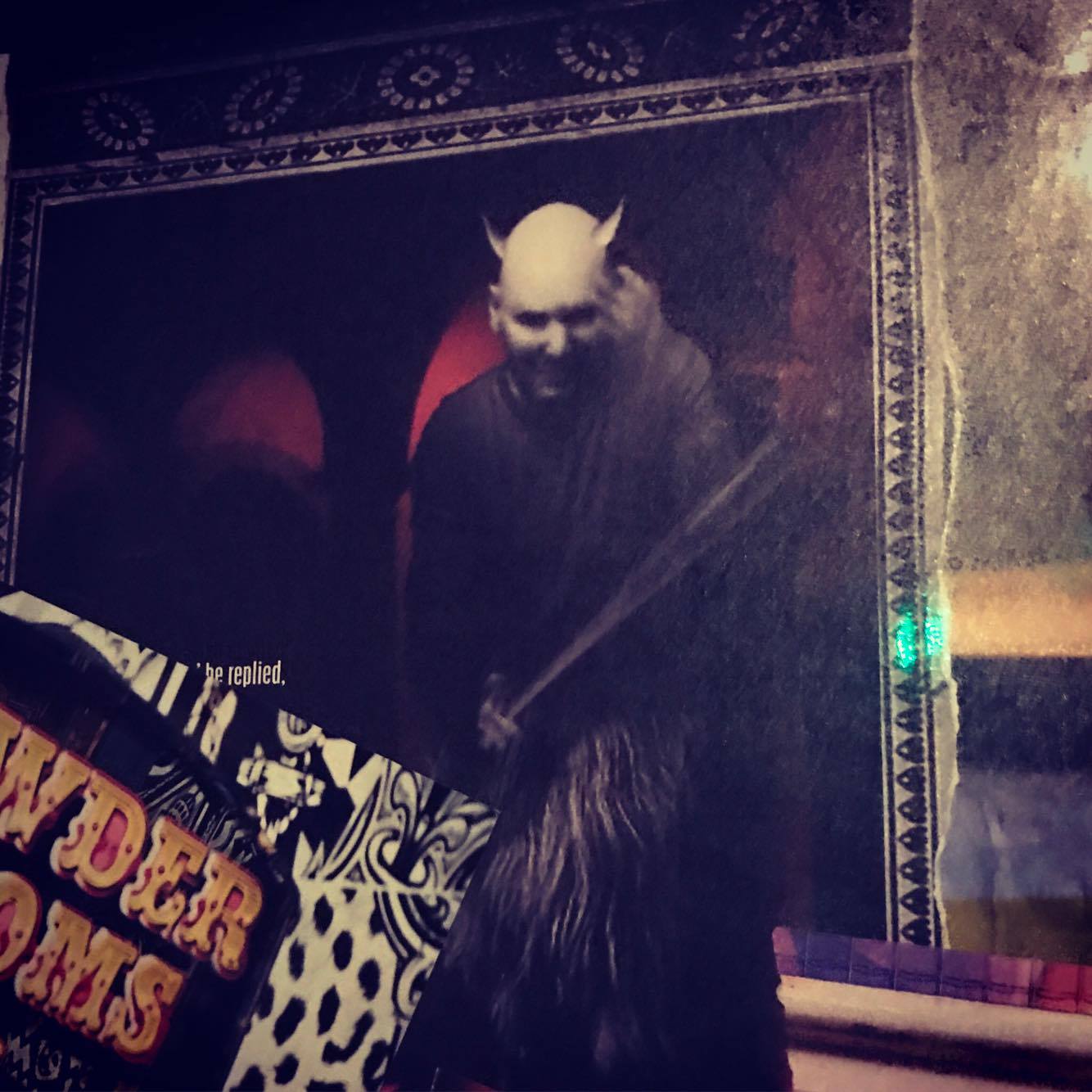 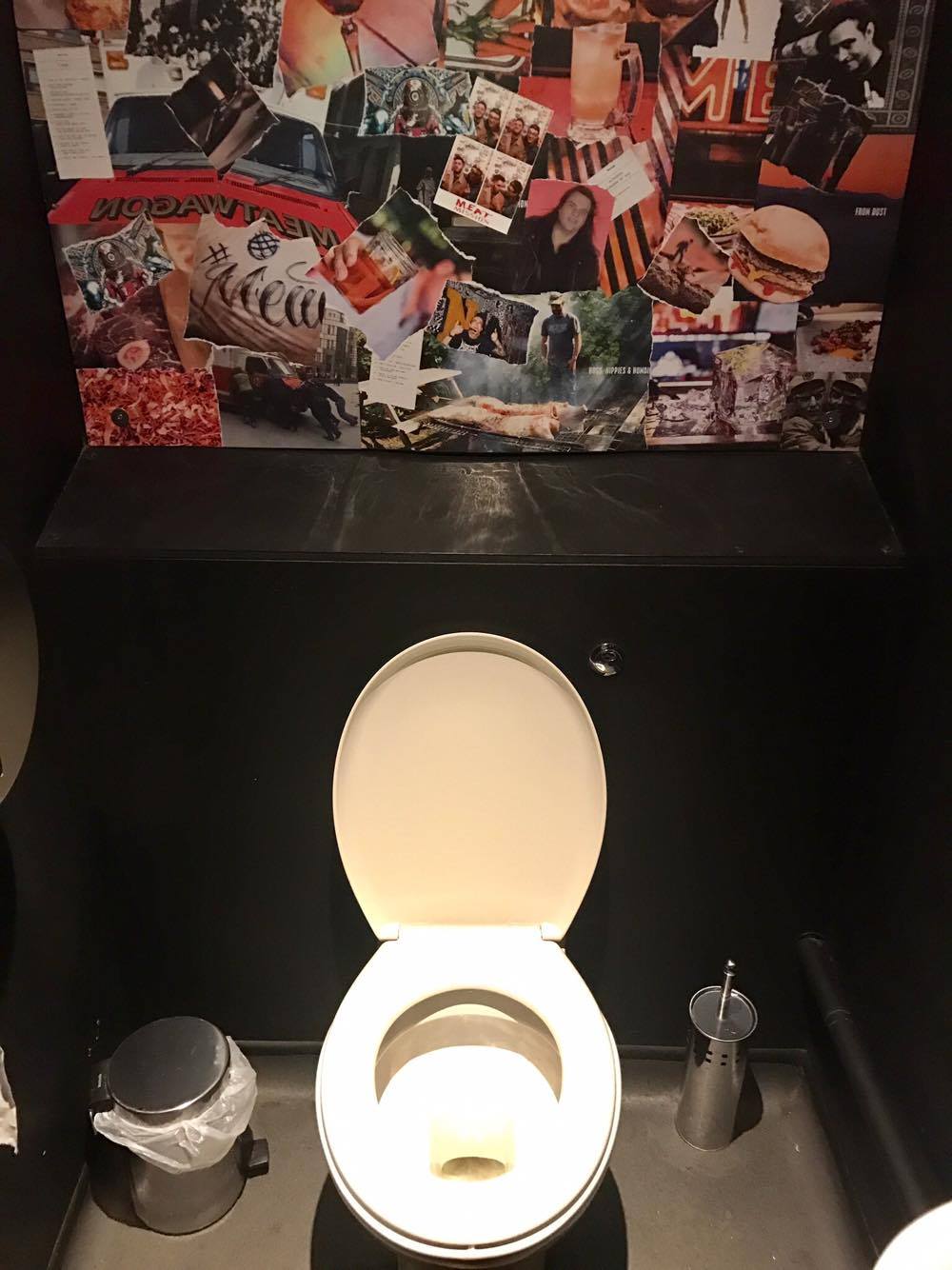 The vegetarian specials will be available until February 28 and then swiftly replaced by another limited edition menu, this time, dog themed (think hotdogs as opposed to actual canines) with all proceeds going to local dog charities. Keep your eyes on their social media for more info.

For all you keen runners taking part in the Brighton half marathon this weekend, head (limp) down to MEATliquor Brighton afterwards and flash your medal to get a free burger of your choice. The vege menu will still be available then too, and if you try one thing from it, make sure it’s the beer cheese.

So talk to me vegetarians; would these specials entice you across the threshold of MEATliquor? Would you like to see more meat-free options gracing their menu? Hit me up in the comments section or on all manner of social networks (links below).